Share
Known for the presence of thermal springs, ranking third in Europe for the flow of thermal water, San Casciano dei Bagni is located south of Siena. To impress those who visit it is the Turrito Castle, with crenellated walls and a tower overlooking the inhabited interior. 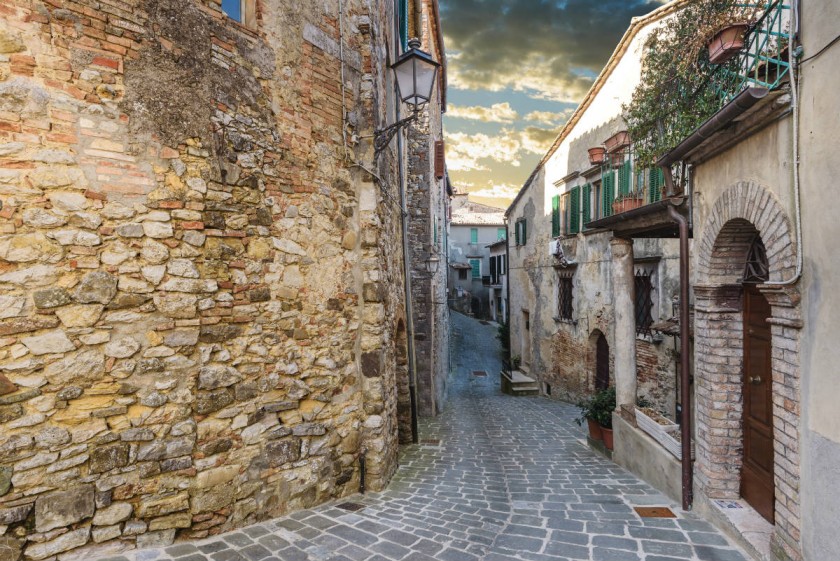 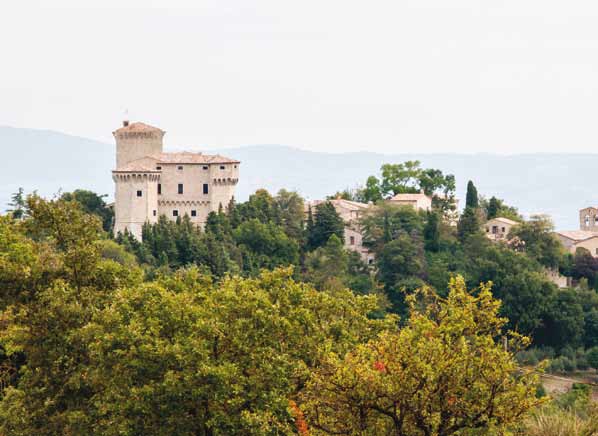 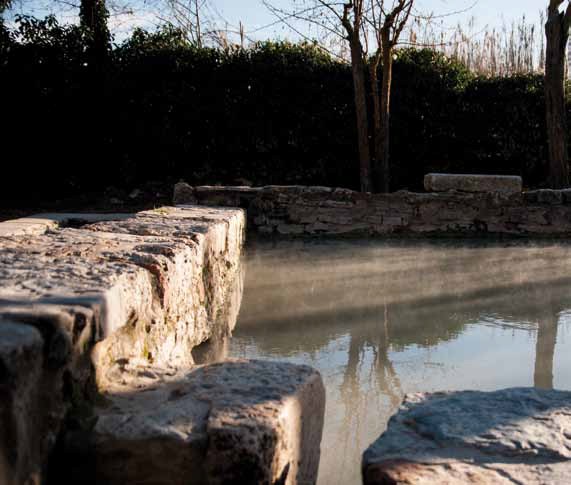 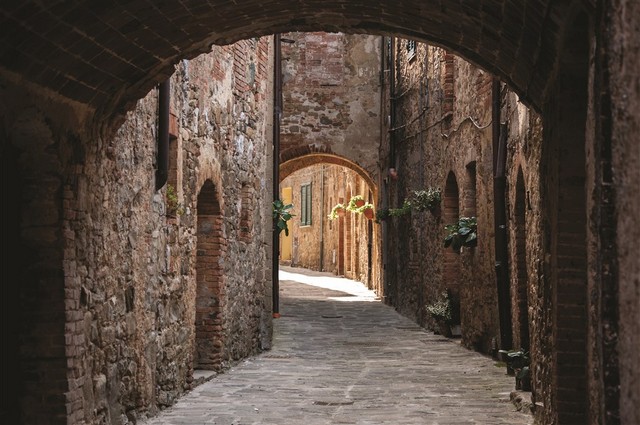 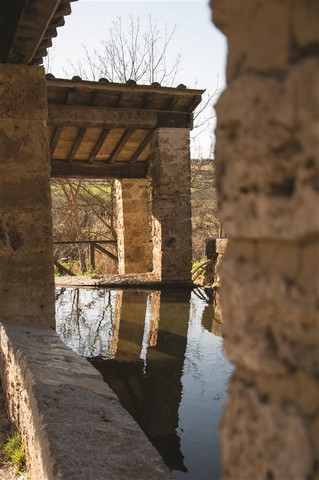 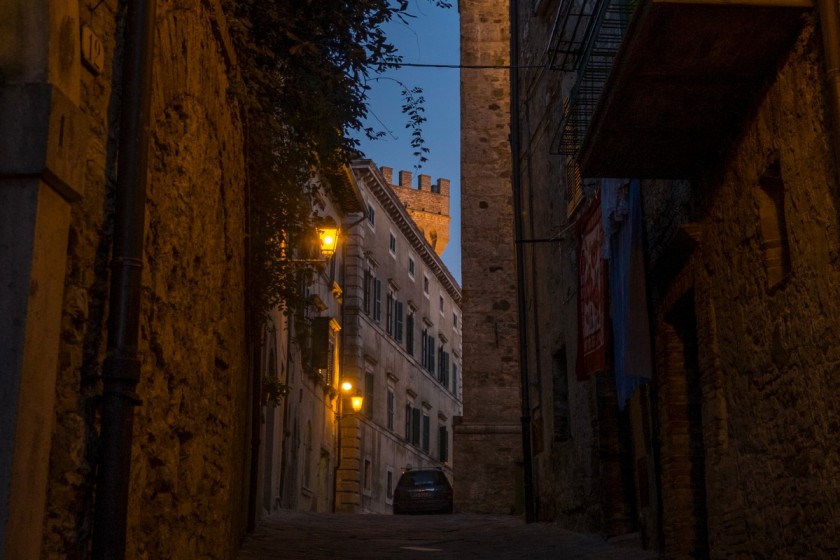 The characteristic village of San Casciano dei Bagni is essentially linked to the presence of thermal waters: 42 springs at an average temperature of 40 ° C with a total flow of about 5.5 million liters of water per day, placing San Casciano in third place in Europe for thermal water flow.
The village is located in the southernmost area of the province of Siena and its oldest monument is located at the entrance to the thermal center and is the Pagan Temple which dates back to the 4th century, dedicated to the goddess of health Igea.

Between the XVII and XVIII centuries the Etruscans founded the "Bagni Chiusini", appreciated and frequented later by the Romans, both for the effectiveness of the waters and for the proximity to Rome itself and to the Via Cassia.
The vitality of this center is also witnessed by the early penetration of Christianity and already in the 4th-5th century there was a parish church in San Casciano entitled S. Maria "ad Balneo".

The 13th century is the century of the general revival of thermalism and with it San Casciano is also reborn, thanks also to the proximity of the Via Francigena, the important artery connecting Europe, northern Italy and Rome.
In this period we should mention the misfortune of the abbot of Cluny, kidnapped by Ghino di Tacco while he was coming to San Casciano to treat liver and stomach pain as mentioned by Boccaccio, in the II novella of the 10th day of the Decameron.

Here everything is nature and well-being, and still the thermal waters flow, dear to the Etruscans, their discoverers.
The Romans, taking up the customs of their predecessors, frequented the baths to treat - the poet Orazio recounts - diseases of the liver and biliary tract.
In the seventeenth century the mineral and sulphurous waters returned in vogue with the Grand Dukes of Tuscany, who gave today's accommodation to the thermal building.

All around, the Tuscan countryside where, in spite of the recovery of physical form, one can sin with a Chianina steak.
The image with which San Casciano dei Bagni appears today is that of the Castle with the walls and the tower.

The castle is a false twentieth century, but well integrated into the surrounding environment.
From the piazza Matteotti lookout you can admire one of the most beautiful views of the Tuscan countryside.
Within the village numerous palaces and churches recall the importance of the place.
The restorative and curative presence of the thermal springs was worth the detour from Radicofani, on the Via Francigena, to San Casciano.

One that made this deviation was Montaigne in 1581, as he notes in his Journal de Voyage en Italie. Entering the narrow alleys with the significant names of Via della Pace and Via del Silenzio, you go down to the door in blocks of travertine more difficult to conquer because on top of a steep climb. Moving to the other side of the village you reach the sixteenth-century oratory that preserves a fresco by Pomarancio.

Here everything is nature and wellness, and the thermal waters are still flowing dear to the Etruscans, their discoverers. The Romans, echoing the customs of their predecessors, going to the spa to treat - tells the poet Horace - Diseases of the liver and of the bile. In the Seventeenth Century mineral waters and sulfurous returned in vogue with the Grand Dukes of Tuscany, who gave today's accommodation at the spa building. All around the Tuscan countryside where, despite the recovery of the physical form, one may sin with a chianina steak. The image in which it presents San Casciano dei Bagni today is that of the castle with the walls and the tower. The castle is a fake from the twentieth century, but well integrated in the surrounding environment. From the belvedere of Piazza Matteotti you can admire one of the most beautiful views of the Tuscan countryside. Inside the village numerous palaces and churches remind us of the importance of the place. The presence of restorative and curative of the springs was worth the detour from Radicofani, on the Via Francigena, to San Casciano. Entering the narrow alleys by significant street names like Via della Pace e Via del Silenzio, goes down to the door in travertine blocks more difficult by storm because at the top of a steep climb. If you move to the other side of the village you can reach the oratory of the sixteenth-century which houses a fresco of Pomarancio. Also worth a visit are the surroundings of Fighine Palazzone and Celle sul Rigo. The Sagra dei Pici that takes place in the latter certainly contradicts the intent of the remise en forme at the spa.

Palazzo Comunale, Via Roma, 37 , Cetona (Siena)
10.49 Kilometers from San Casciano dei Bagni
Cahen Mansion
Villa Cahen is located inside of the Selva di Meana, near the village of Allerona, in Umbria.

Via Berignano, 76 - 53037, San Gimignano (Siena)
94.49 Kilometers from San Casciano dei Bagni
Lupaia
An agritourism resort in the heart of Tuscany, between Pienza Montepulciano. La Lupaia is a luxur...

Travel proposals in San Casciano dei Bagni and in its territory

The 5 most beautiful and relaxing spa towns in Italy
Italy lies on the Euro-Asian and African tectonic plates: the collision between them has created the Apennines and the volcanoes that dot the entire peninsula over the millennia. There are many volcanoes in Italy, from Vesuvius to Etna and Stromboli, so it is not surprising that there are thermal springs emerging from the subsoil, offering a series of physical benefits thanks to the trace elements in which the waters are rich. Many Italian tow...
Continue
Ciaffagnone: the ancestor of the famous French crêpes
If Tuscany is one of the most enchanting regions in Italy, it owes this not only to its immense artistic and historical heritage, but also to its food and wine, which wins admirers from all over the world. In many cases, some typical Tuscan foods blend with some well-known pages of history, and this is the case for Ciaffagnoni, a true delicacy of Tuscan street-food. It seems that in the Lands of Maremma and Siena, Ciaffagnone has been eaten since the 15th century, particularly in Manciano, a picturesque village in the Grosseto area consid...
Continue
San Casciano dei Bagni, 24 bronze statues found: treasure in province of Siena
Foto Jacopo Tabolli © Copyright ANSA/EPA Incredible discovery in Tuscany: during archaeological excavations at the Roman sanctuary in San Casciano dei Bagni, 24 bronze statues, as well as numismatic finds and plant offerings, have emerged from the earth.What has already been called one of the most important archaeological discoveries since the day the Riace Bronzes were discovered occurred during excavations inside a Roman sanctu...
Continue
Unique Tuscan villages to Love - Download a free travel guide to the 51 certified Tuscan villages
It has recently been made available a free travel guide by Toscana Promozione Turistica, in Italian and English, about 51 Tuscan villages certified in the Borghi più Belli D'Italia, Paesi Bandiera Arancione, Mibact's Gioielli d'Italia and UNESCO World Heritage Sites. The volume, edited by Claudio Bacillieri, director in chief for Borghi Magazine, accompany th...
Continue