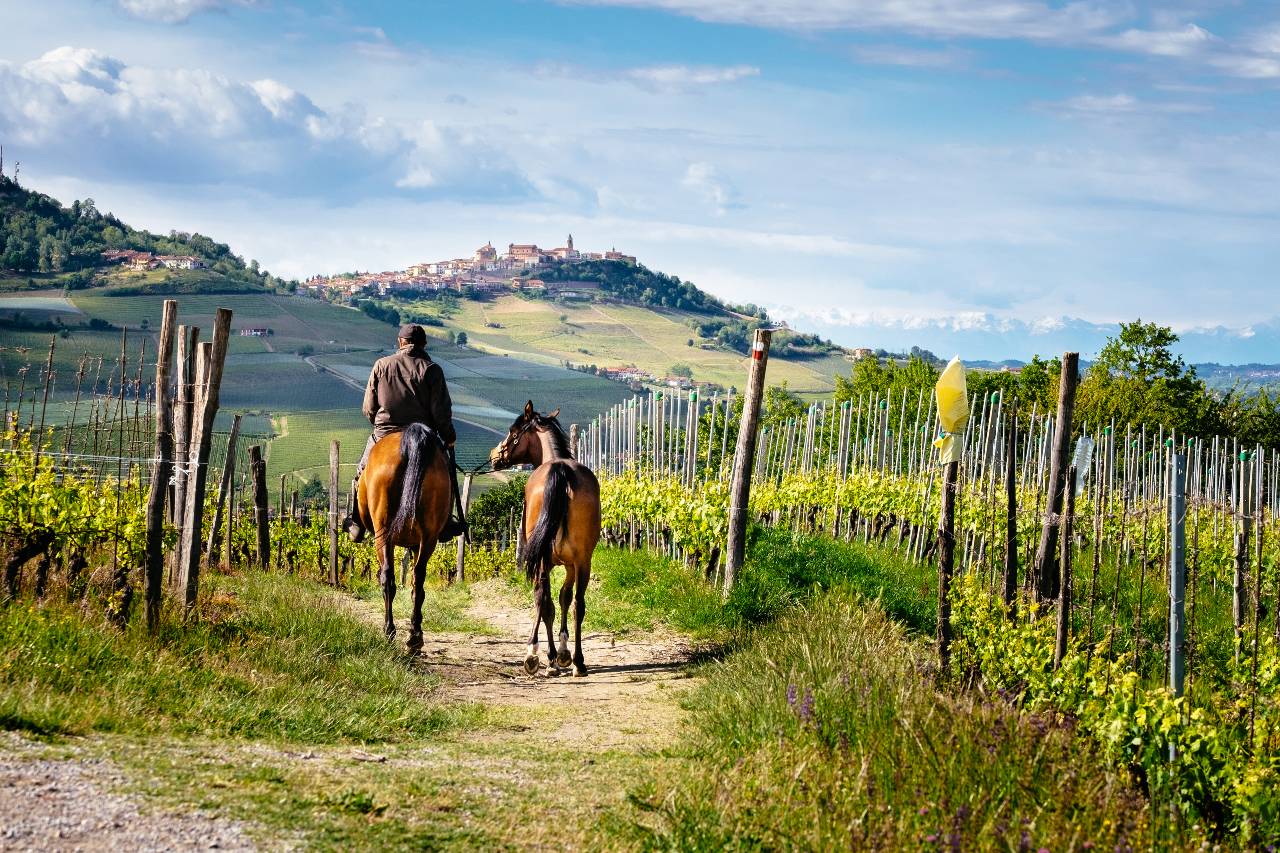 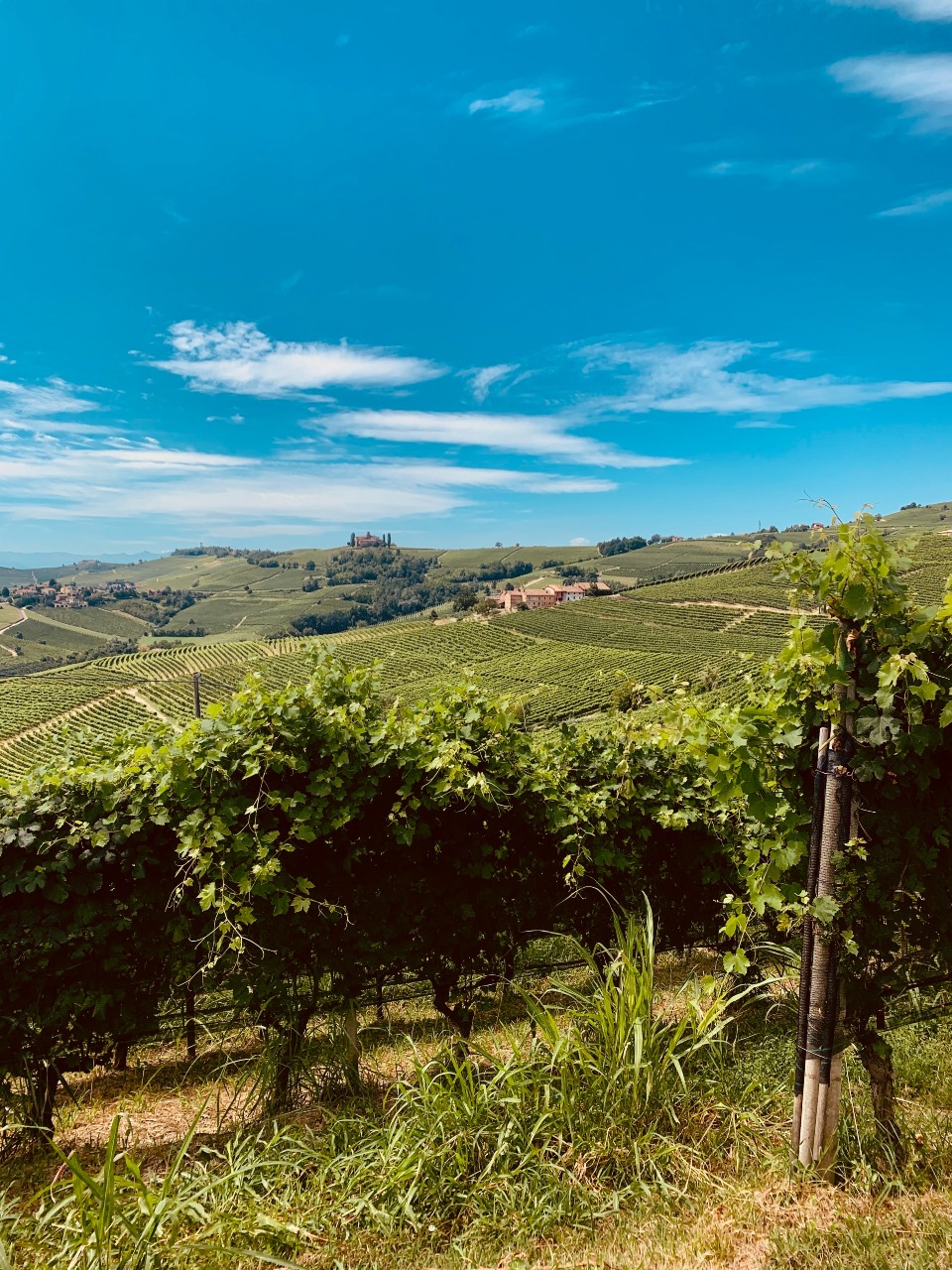 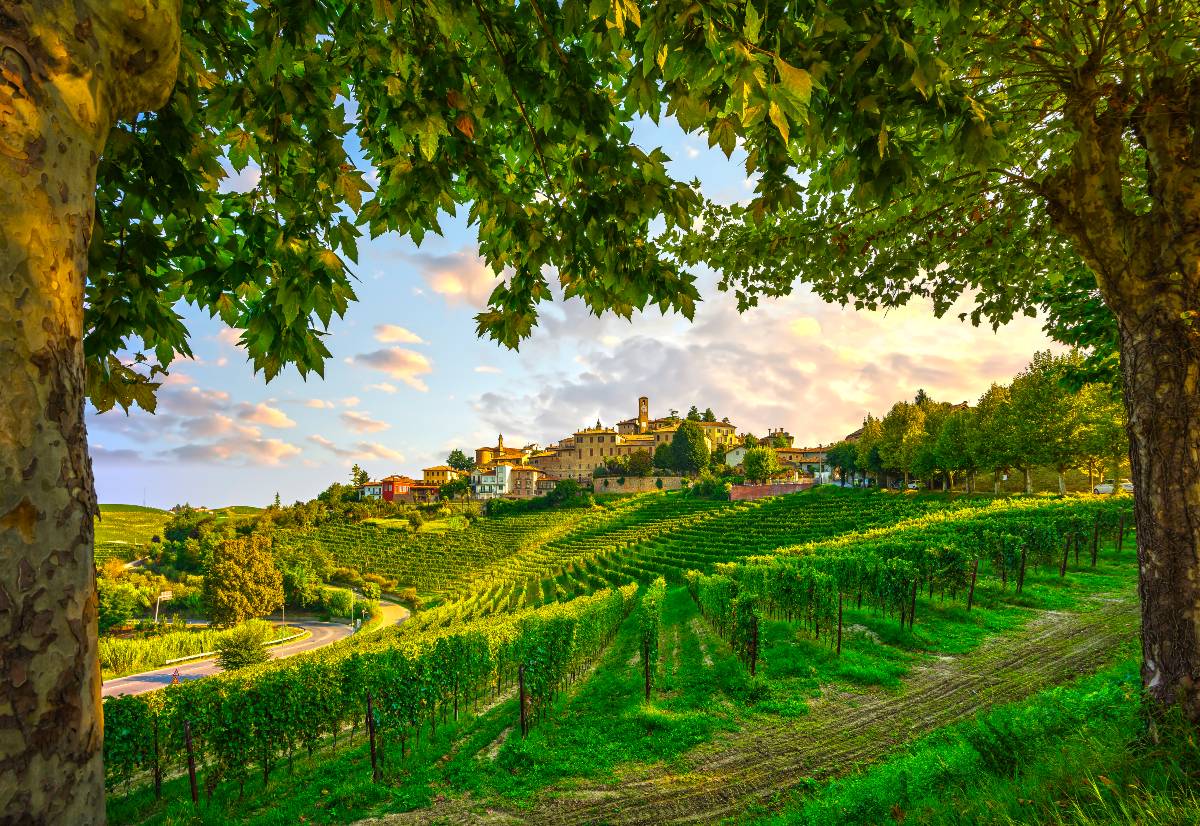 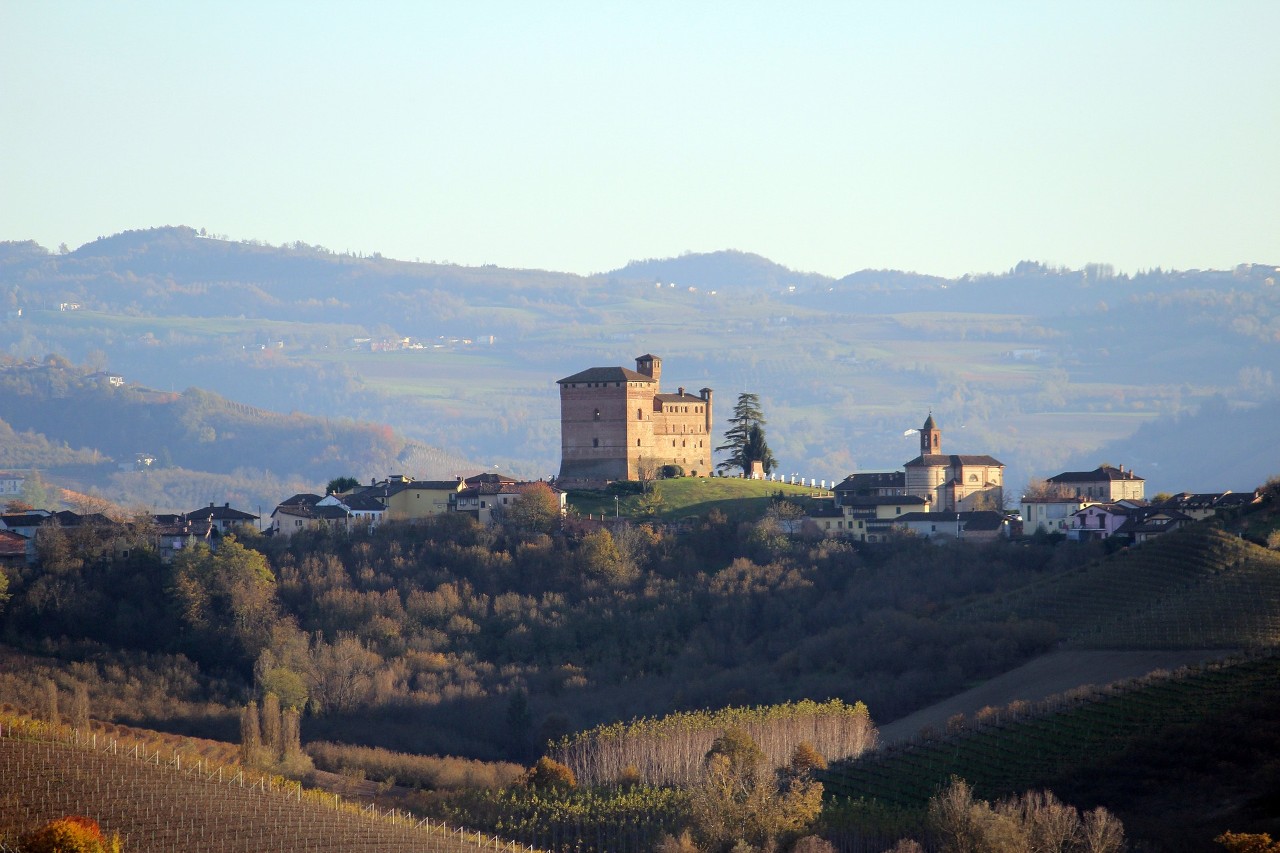 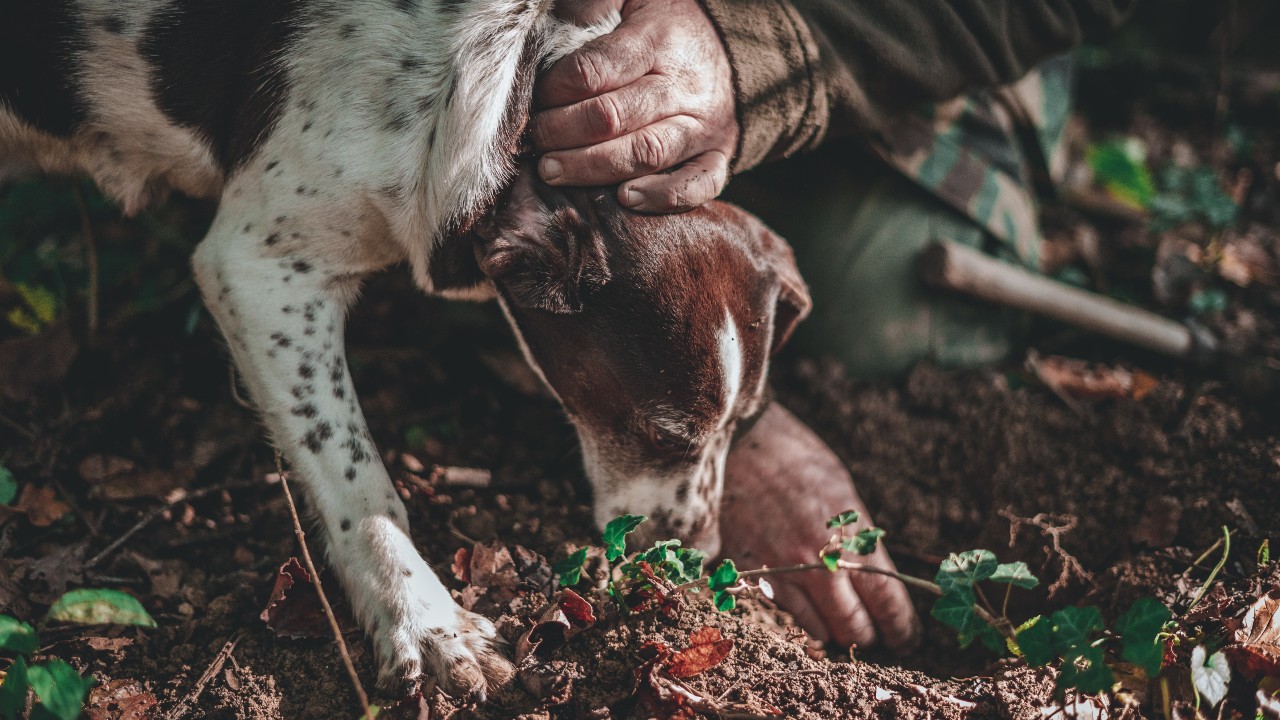 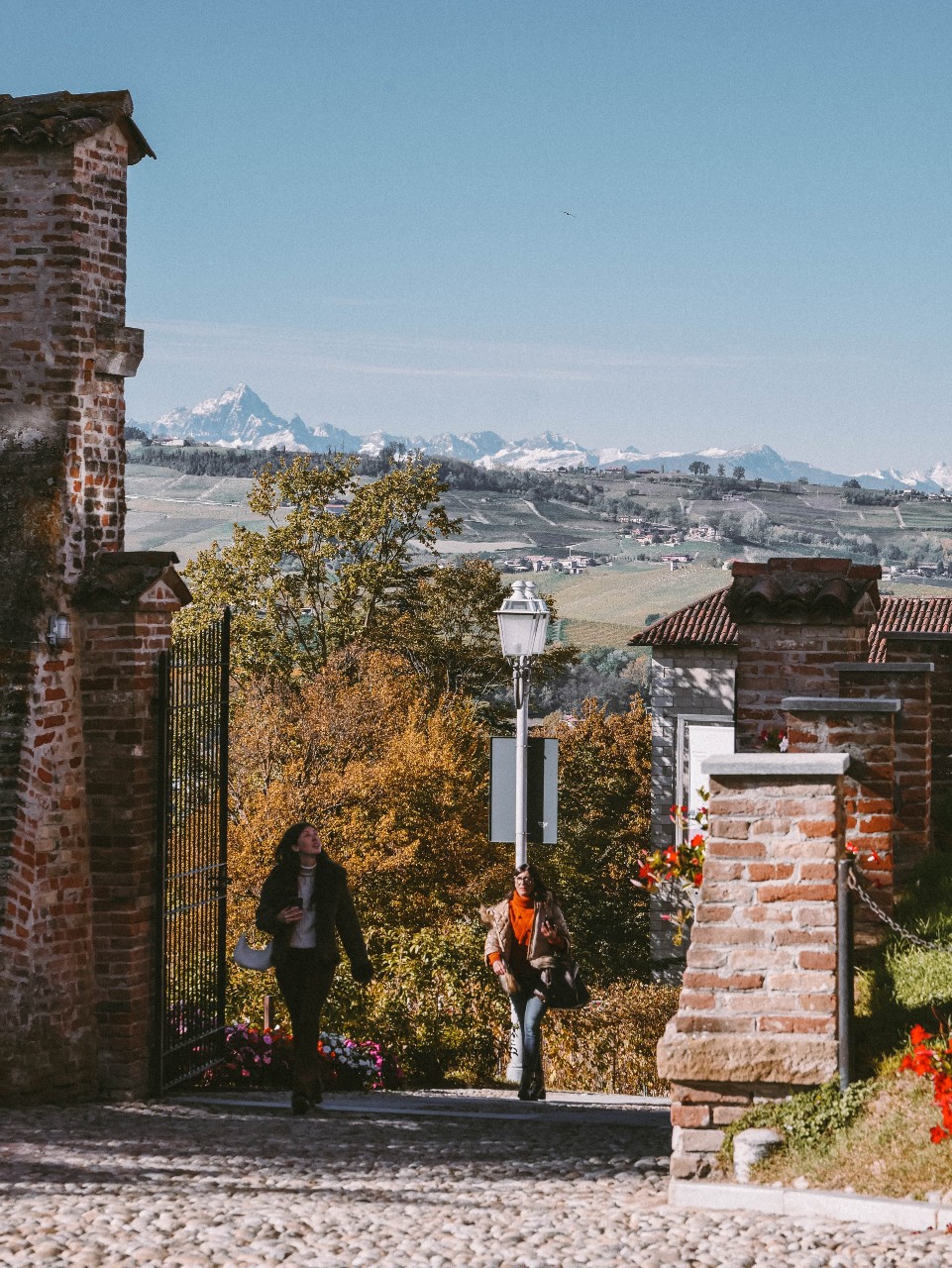 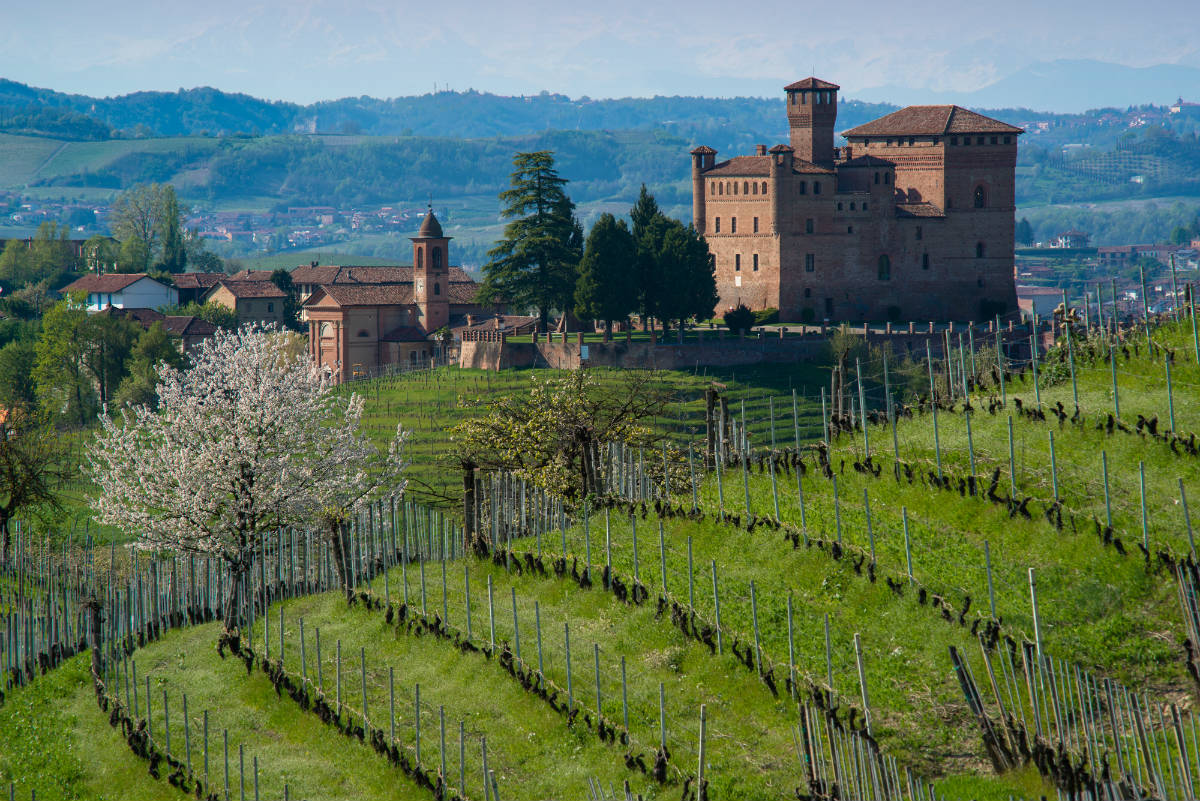 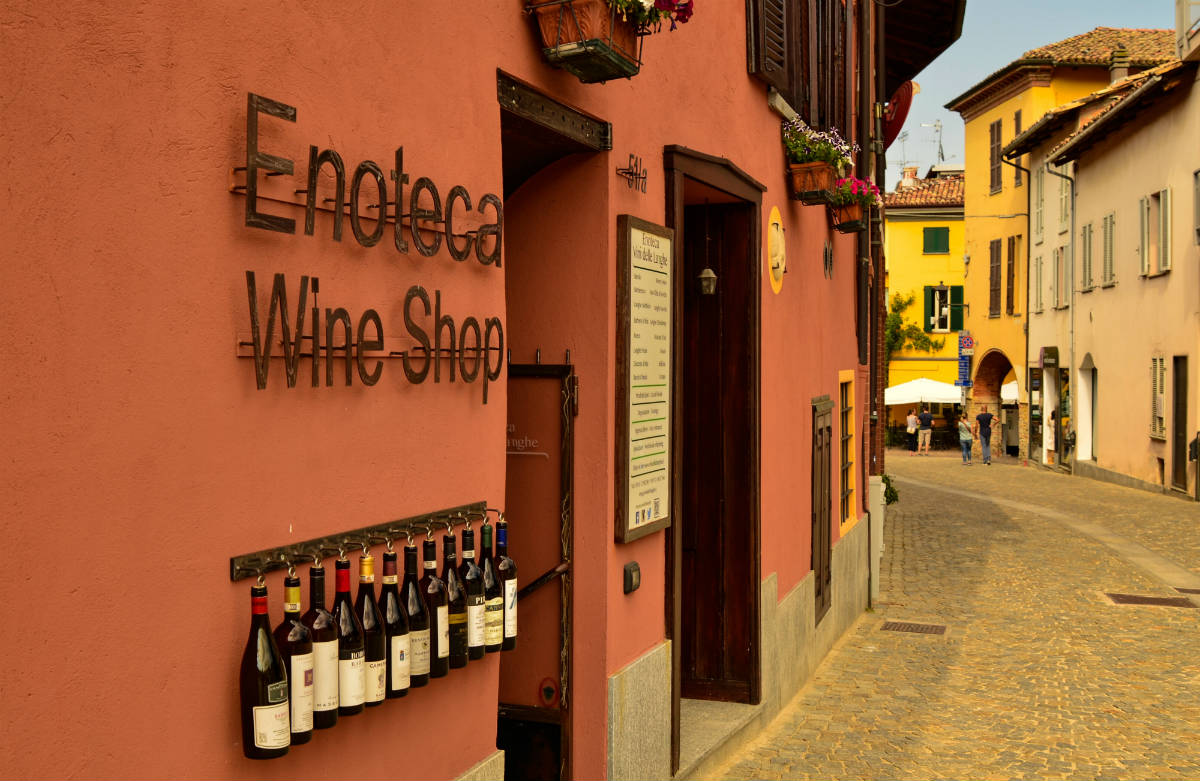 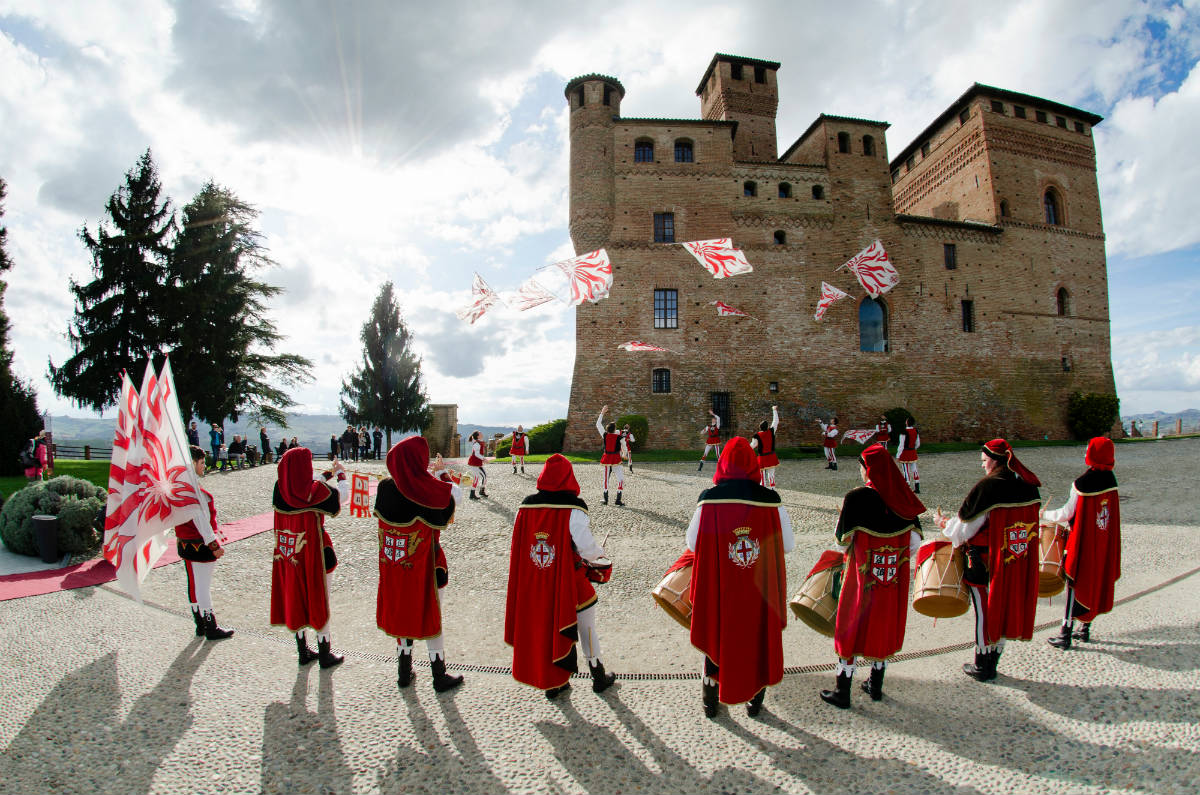 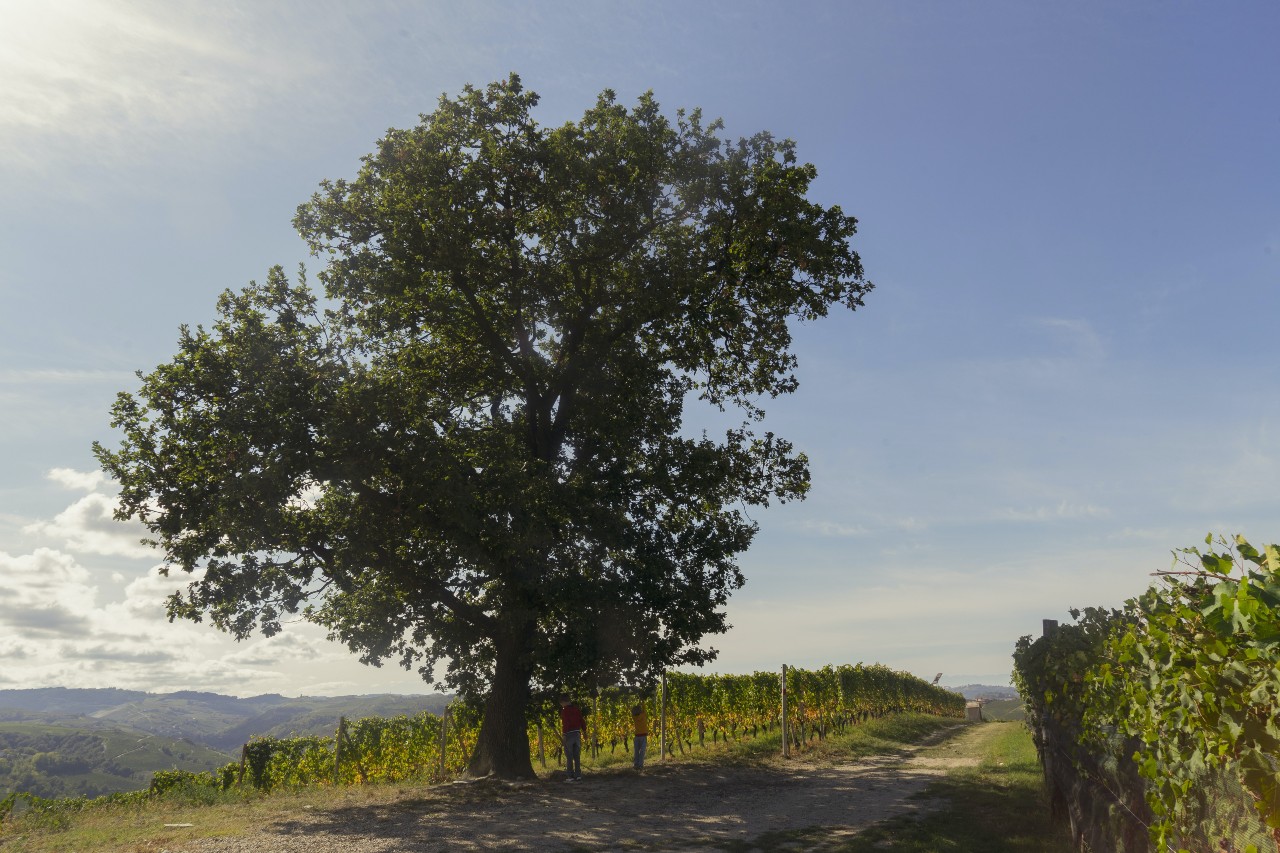 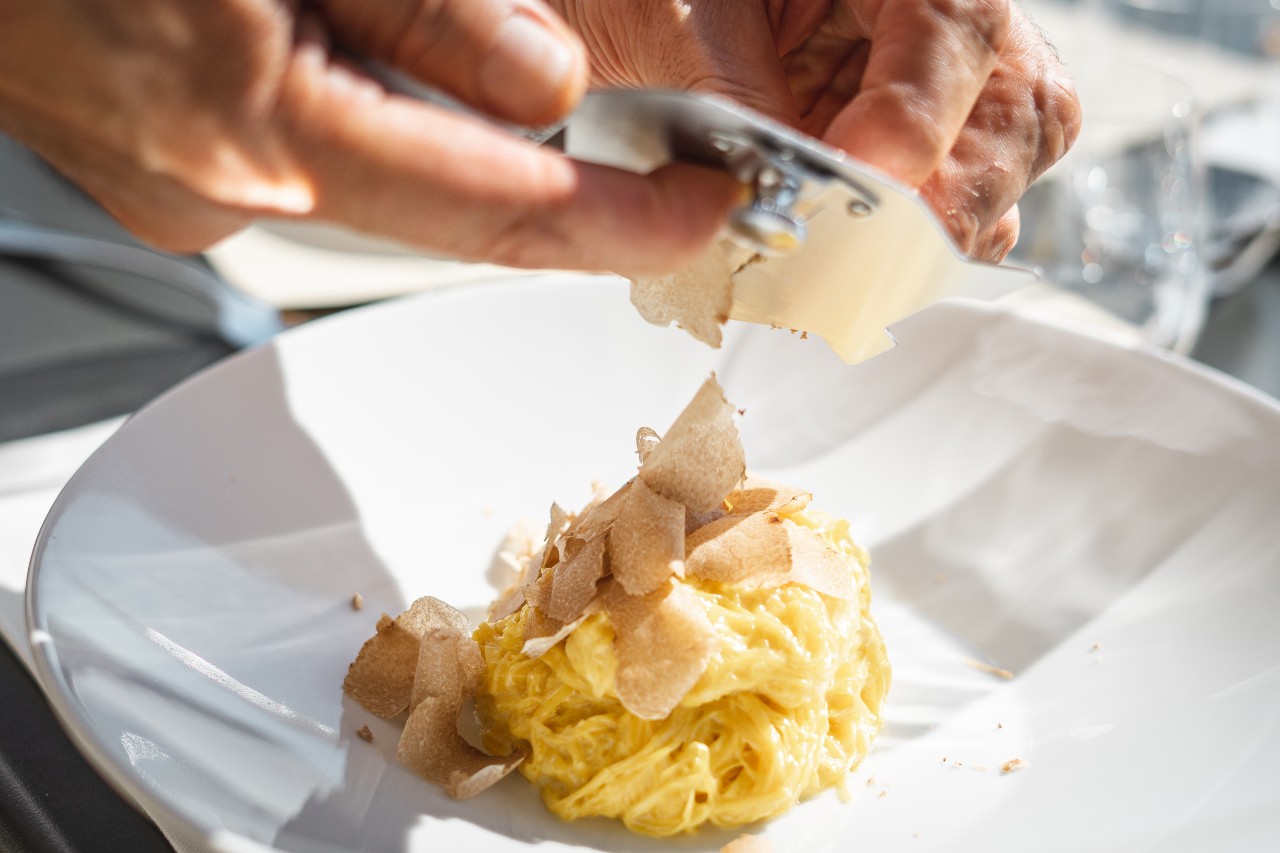 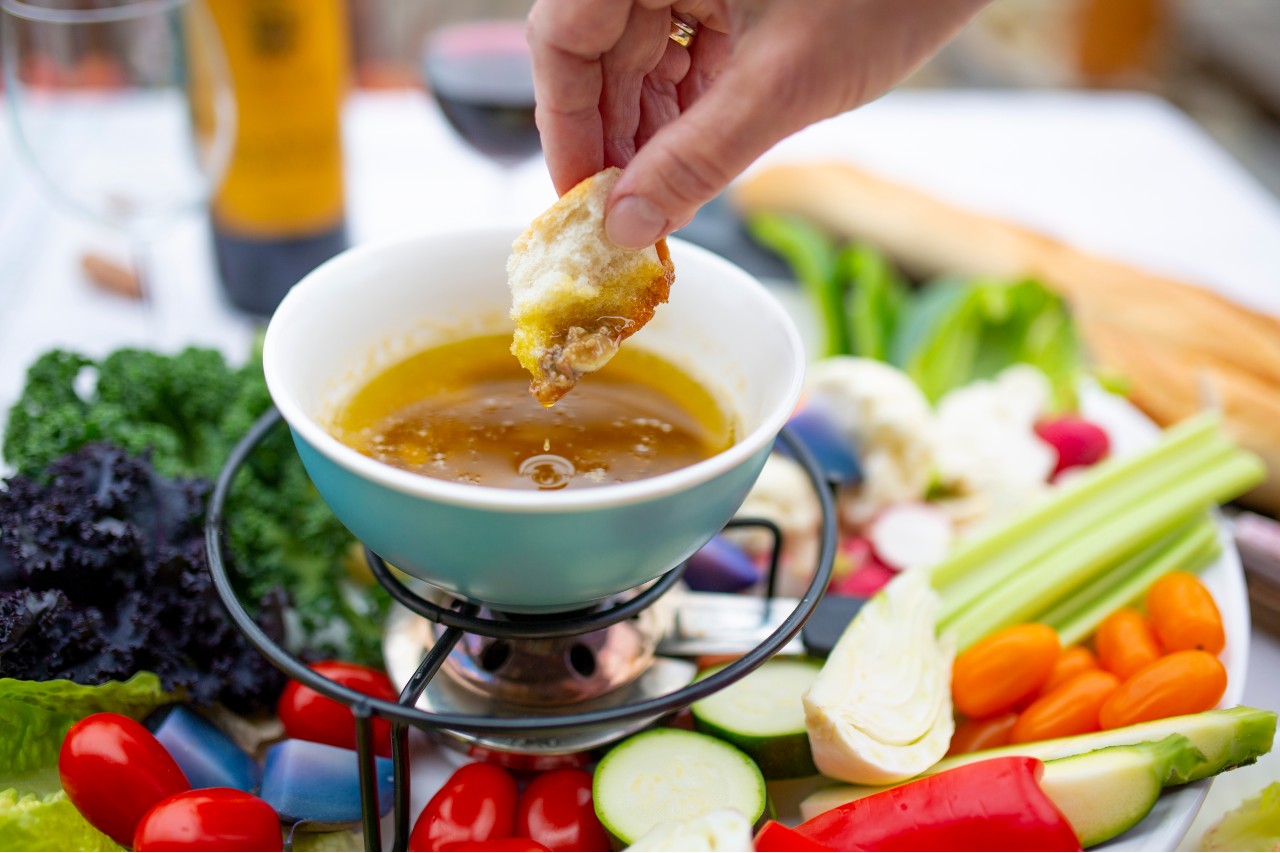 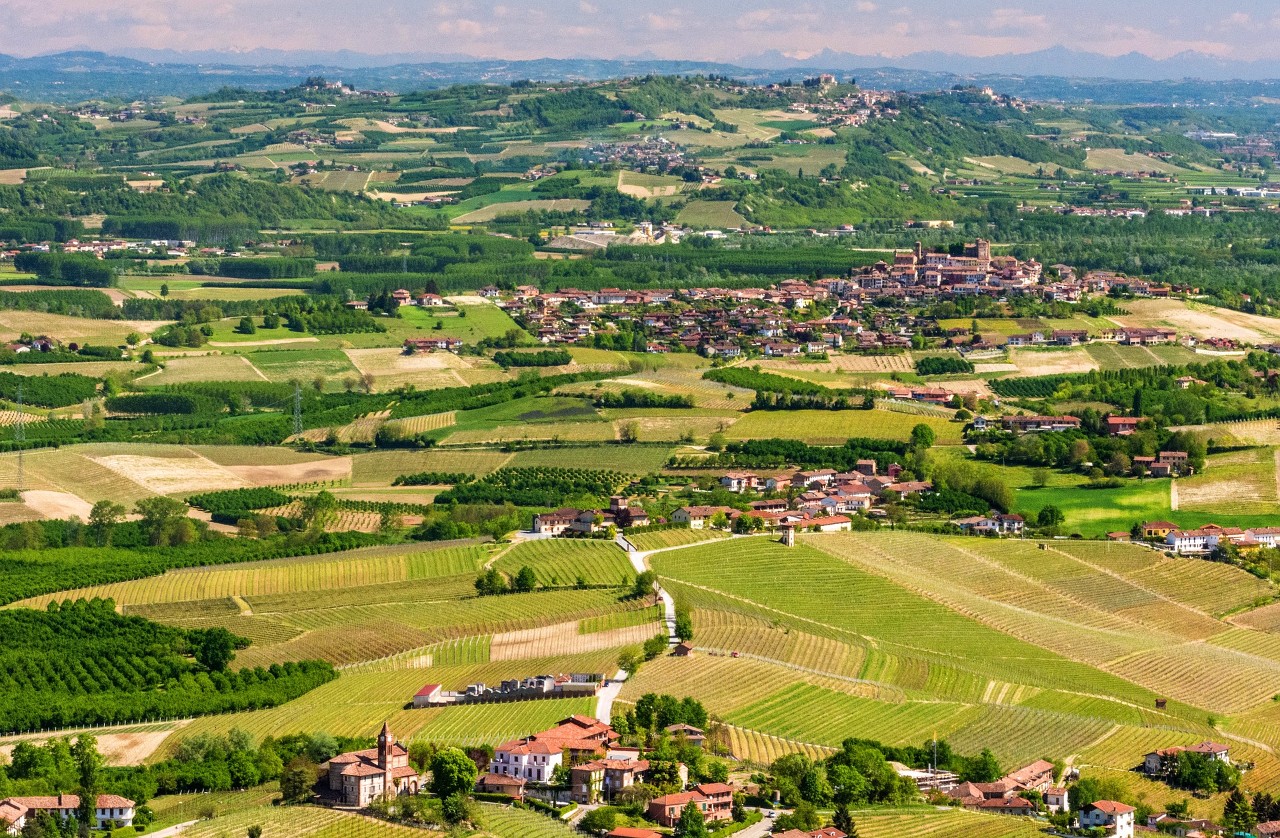 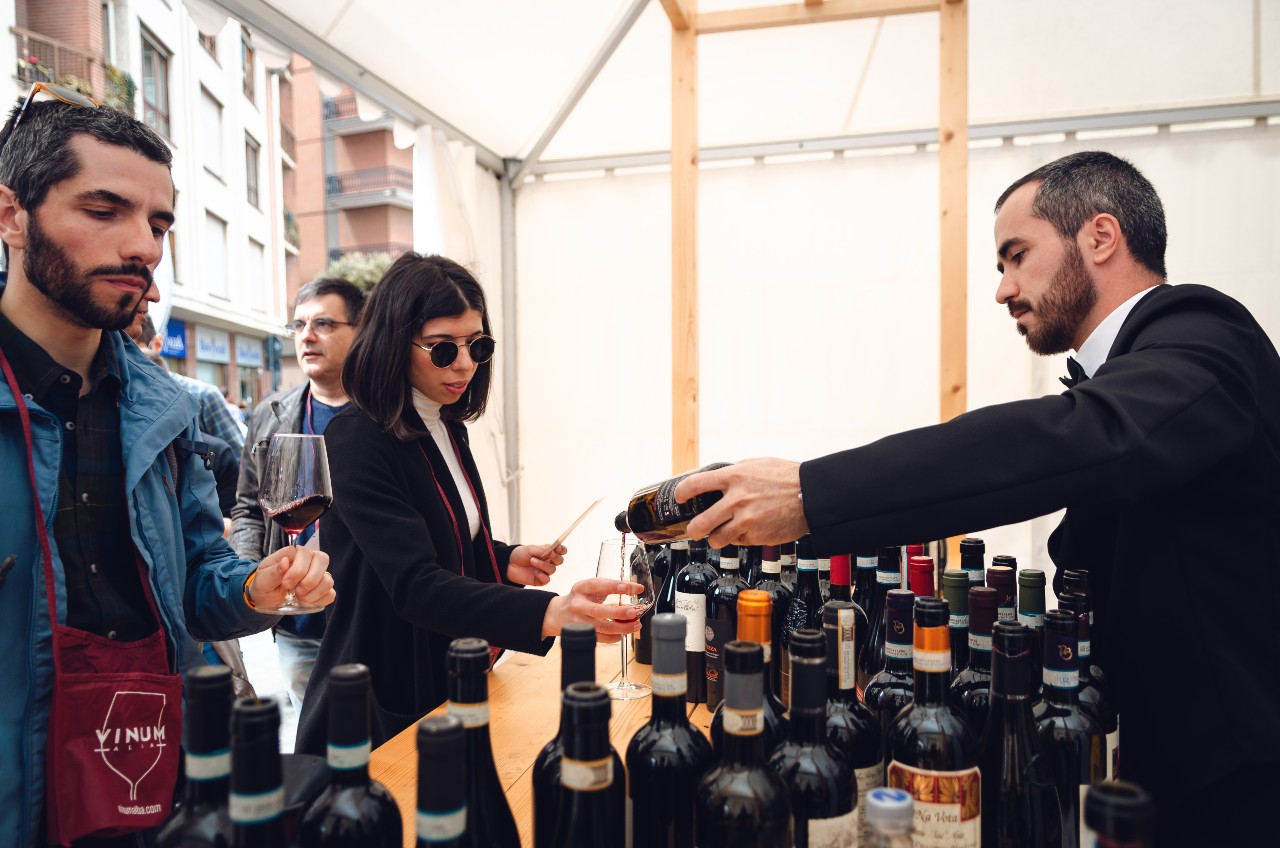 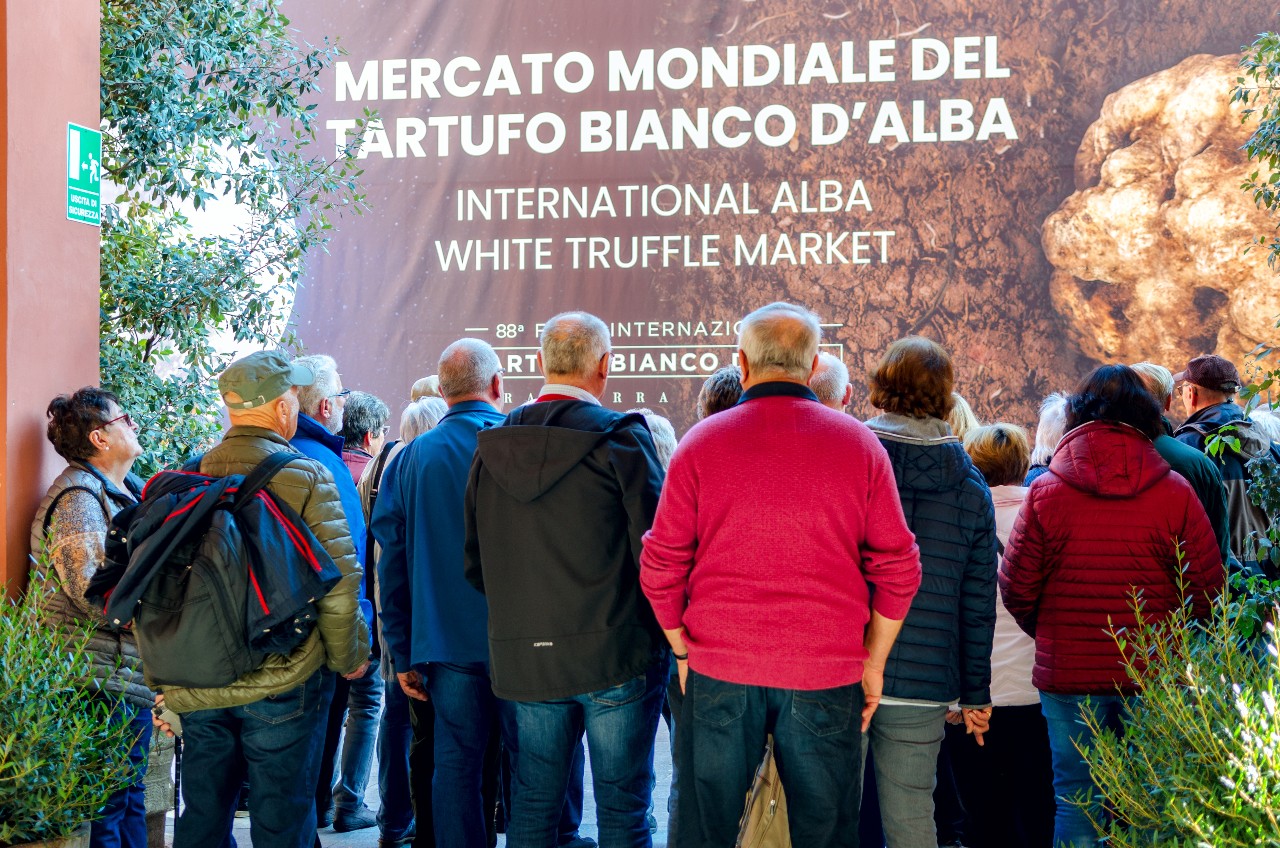 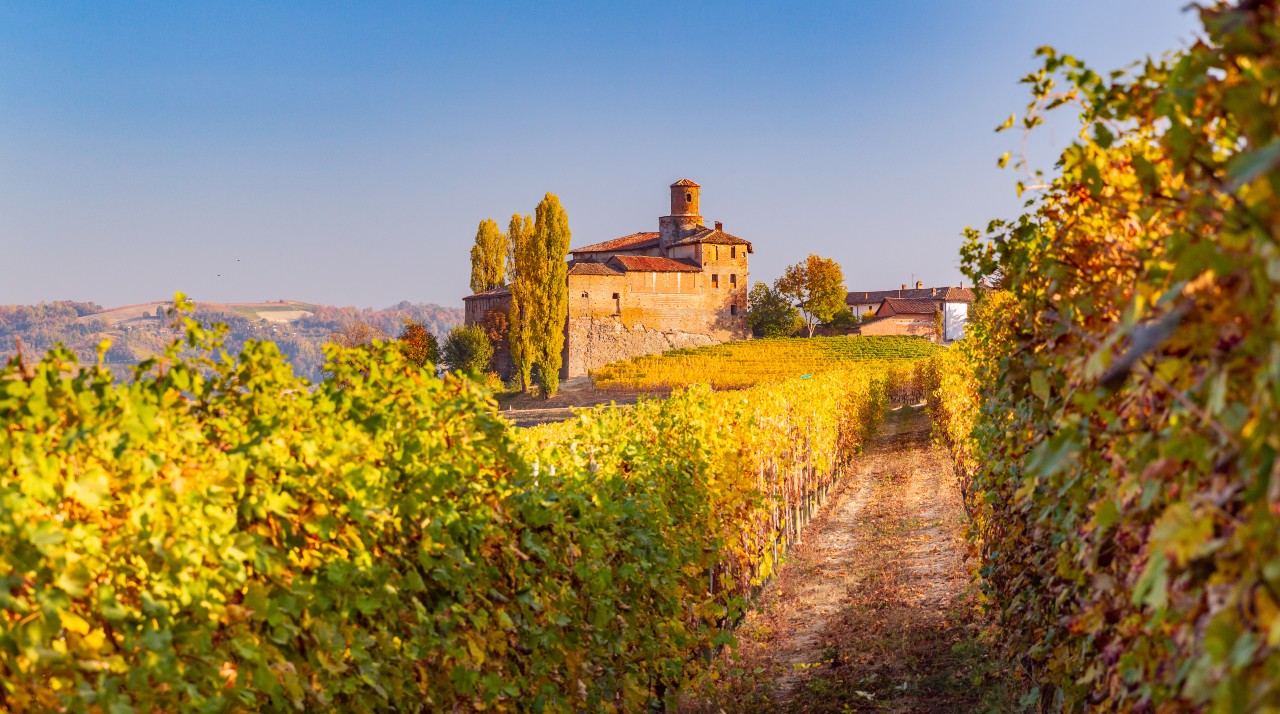 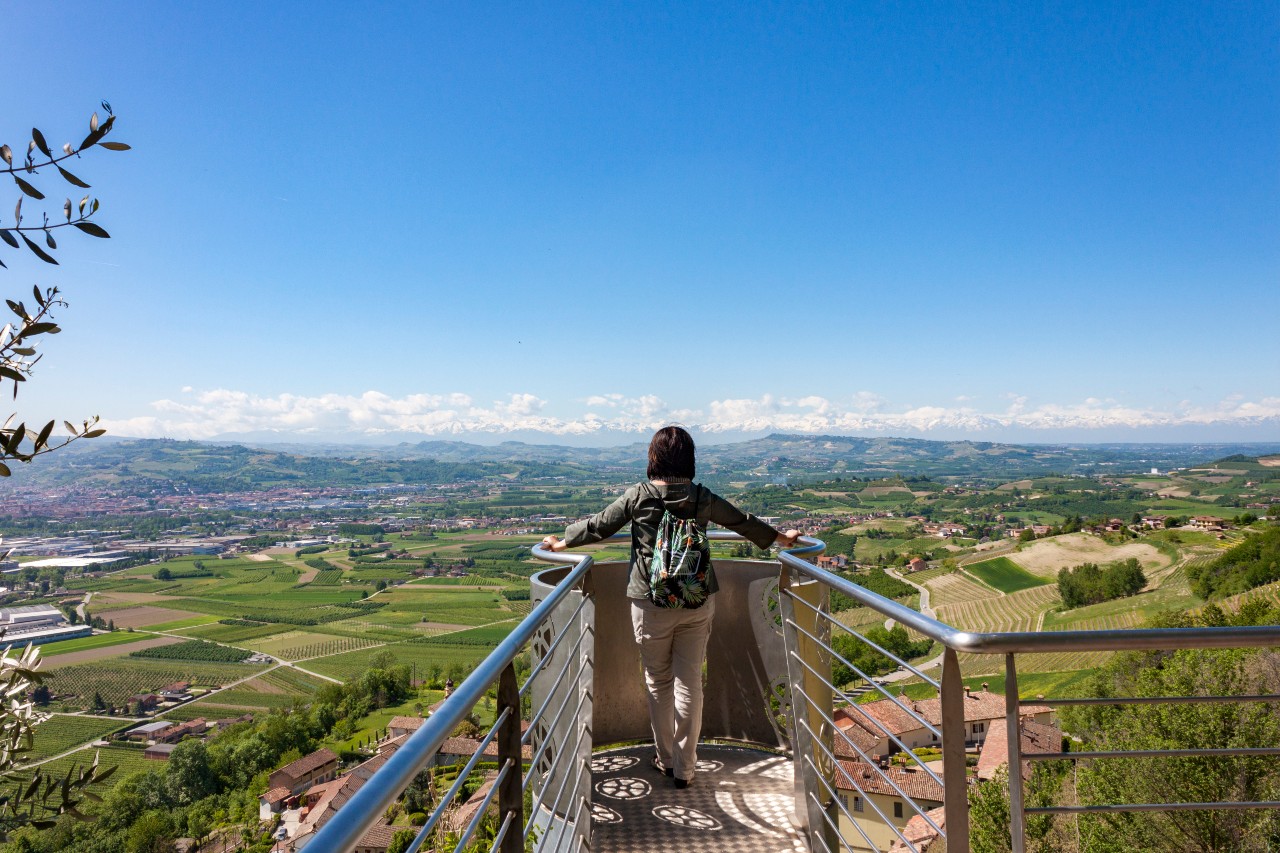 One of the most enchanting areas of the Italian peninsula is located in Piedmont and it is the Langhe, a vast area recognized as a UNESCO World Heritage Site because of its spectacular landscapes that frame enchanting medieval villages. The villages, with their churches and ancient fortresses, usually rise on the top of rolling hills, overlooking vast vineyards, forests and fertile and generous lands, which yield fruits of absolute value such as hazelnuts, grapes and especially truffles.
The Langhe shows a different and equally captivating face in every season, from autumn when a mist envelops the area, fueling legends that have never been forgotten, to late spring, with lavender making its appearance near Sale San Giovanni. Then in summer, festivals and fairs enliven the villages of the Langhe, attracting tourists from all over Italy and abroad through a range of typical food and wine and artisan products that represent a quid of this beautiful land.

The territory of the Langhe and what to see

The Langhe lies in the shadow of the Ligurian Alps and stretches between the provinces of Asti, Cuneo and Alessandria. They can ideally be divided into three areas: the Alta Langa is the one that reaches 900 m. above sea level and is distinguished by the production of the famous Nocciola Tonda Gentile hazelnut; the Bassa Langa includes the province of Alba and its surroundings, famous for truffles and wine production; and the Langa Astigiana, as the name suggests, extends into the province of Asti.
The symbolic village of the Langhe is undoubtedly Barolo, in the province of Cuneo, and it has its main symbol in the Castle of the Marquis Falletti dating back to the 10th century: the fortress houses the not-to-be-missed Wine Museum, an interactive exhibition space that takes visitors to learn more about the world of wine, while also giving them sensory experiences to try. In Barolo there is also the Corkscrew Museum with hundreds of even very old pieces dating back to the 1600s.

Just over 2 km from Barolo stands the Castle of La Volta, visible only from the outside and affected by the legend that ghostly voices are heard within its walls.
In nearby La Morra, on the other hand, is the iconic Brunate Chapel, never consecrated and nestled among the vineyards.
Then there is Alba, the heart of the Langhe, where some of the 100 towers that stood between the 1300s and the 1400s persist: the village, where the beautiful Cathedral of San Lorenzo stands, holds the remains of Roman buildings, such as a temple and forum, in its basements.

Reasons to visit the Langhe include the beauty of villages such as Neive, home to the ancient Romano Levi Distillery; Santo Stefano Belbo, birthplace of Cesare Pavese; and Grinzane Cavour, where Camillo Benso Count of Cavour was mayor from 1832 to 1848. In Grinzane di Cavour stands a beautiful castle that houses an Ethnographic Museum, an Enoteca and an 18th-century distillery.Visiting this fortress gives visitors a chance to admire period furniture, manuscripts by Cavour and even his tricolor sash from the period when he rediscovered the office of mayor.

Experiences to do in the Langhe

There are several routes in the Langhe that can be taken by car or on foot: these include the path from Barolo to Monforte d'Alba, the one that leads to Borgata Aie Sottane or the loop route that starts in Serralunga d'Alba, famous for housing one of the most scenic castles in the area. By car, on the other hand, you can drive along the Strada del Barolo, which skirts farms and wineries, passing through villages such as Castiglione Falletto, Grinzane Cavour, La Morra and Cherasco, the village of snails.
Instead, to admire the Langhe from an exceptional perspective, we recommend organizing a hot-air balloon ride in Barolo, particularly at sunset: the view of the hills from above is a truly unforgettable experience, usually sublimated by a tasting of the excellent wines once you land.

Then don't forget that in the Langhe there are many of the Giant Benches, the brainchild of Chris Bangle: they are colorful, placed in scenic spots and more than 2 m. high, so much so that anyone who climbs on them feels like a child, tiny before the immensity of Mother Nature. In La Morra, a village declared a UNESCO World Heritage Site and awarded TCI's Orange Flag, there is the Giant Red Bench. Then there is a Gray Bench in Vezza d'Alba, literally immersed in the vigors, a Gold-colored one near the village of Carrù, and an Orange Giant Bench in Piozzo, not far from the Albarosa Chapel.

Another must-do experience in the Langhe is to visit wine shops and wineries, particularly those around Barolo: L'Astemia pentita, built in a clear pop style, deserves special mention. Its exterior makes the winery resemble two wine crates stacked on top of each other: the interior exudes surrealism, with paintings done in such a way as to recreate the feeling of freshly uncorked wine.

Typical food and wine and handicrafts of the Langhe.

When one thinks of the Langhe, the mind immediately runs to two main products, namely wine and white truffles. The vineyards that dot the area, particularly those that rise in the Alta Langa, are rich in red and white grapes, thanks to which exceptional wines are produced: Barolo, Barbaresco, Dolcetto d'Alba and Moscato.
The truffle is then the real gastronomic jewel of the Langhe, a tuber whose quality is so high that it has really high costs. A World White Truffle Auction is also held in the Grinzane Castle of Cavour.
attended by international personalities, the proceeds of which go to charity.

One cannot fail to mention, among the gastronomic excellences of the Langhe, the Tonda Gentile Hazelnut, which is excellent eaten on its own or as an ingredient in typical Langhe desserts, from chocolate truffles to torta bonèt.
Then there are the cheeses of the Langhe, including Bra, Robiola DOP from Murazzano and Roccaverano, and finally Raschera DOP typical of the Cuneo area. Cheeses are the protagonists of the merenda Sinoira, a kind of chopping board, with also cold cuts and fritters, whose origins are linked to the rural world, when farmers consumed these frugal foods after an intense day of work in the fields.

Other typical dishes of the Langhe include Bagna Cauda made with garlic, agnolotti del Plìn, tajarin (egg noodles) seasoned with a comodino sauce made with livers, raw meat all'albese to be eaten raw, and braised beef with Barolo.
Of course, there is not only food in the Langhe but also handicrafts that are perfect souvenirs of a stay in this beautiful corner of Piedmont. There are small wood carvings, knives, ceramic plates, and especially wine barrels of all sizes.

Curiosities about Langhe: beliefs, traditions and most beautiful festivals

Cesare Pavese, born in Santo Stefano Belbo, wrote The Moon and the Bonfires, finding inspiration in the bonfires of St. John that dot the Langhe here and there on June 24. In the past, they were held on June 21, the day of the Summer Solstice, to propitiate a good harvest: in fact, there was also another tradition linked to this ancestral rite, namely that of collecting the morning dew of June 24 and preserving it, as it was considered useful to ward off storms and ill health. In the Langhe, the dew was linked to the tears of Salome, repentant for the death of John the Baptist by beheading: it is said that her tears were lost in the air by the wind that suddenly blew out of the Baptist's mouth, thus destined to wander in the air for eternity.

Another curiosity is related to the Masche, seemingly docile women who at night took on the malignant guise of a black cat, a goat or a snake to take revenge or spite poor people. In short, they were witches, and the most famous in the Langhe was a certain Mycilina, who was burned alive in Pocapaglia (Cuneo) in the 1600s because she was accused of crippling children, electrocuting a baker and causing the death of the town's livestock.
The Castle of La Volta is also said to have collapsed inside due to a divine punishment unleashed against the participants, including perhaps some masche, of a lustful banquet.

The cultural heritage of the Langhe also finds expression in the festivals that enliven the area, such as the beloved Truffle Fair held between October and November in Barbaresco. In Cortemilia, on the other hand, the Hazelnut Festival is staged in the second half of August, complete with a colorful parade of Nizurin and Nizurere.
Also not to be missed are the antiques market in the village of Cherasco and Monfort Jazz in Monforte d'Alba, a musical event held in the Horszowski Auditorium, a natural amphitheater with exceptional acoustics.
Finally, we cannot fail to mention the Living Nativity in Dogliani, a small village that is transformed into a tiny Bethlehem during the Advent season, with hundreds of figures staging the highlights of Christ's birth.

Events in the Langhe

Barbaresco
[Cuneo]
Barbaresco in the Langhe region is known for the production of the homonymous...
Barolo
[Cuneo]
Barolo is known for its majestic castle, home to the Barolo Regional Enoteca,...
Castiglione Falletto
[Cuneo]
Castiglione Falletto, located in the renowned Langhe region, is dominated by ...
Grinzane Cavour
[Cuneo]
Grinzane Cavour, dominated by the medieval castle, is located on the road tow...
Neive
[Cuneo]
Neive is a splendid medieval village located in the Western Langhe, always ch...
Serralunga d'Alba
[Cuneo]
Serralunga d'Alba, in the Langhe, is dominated by the castle and is surrounde...

Sleep, eat, buy in the Langhe

Langhe Country House
In the UNESCO Heritage Sites, you will find the right place for a relaxing and warming holiday.

Via Pallareto, 15, Neive, Cuneo
Massimo Rivetti Farm
Rivetti Family makes wine from five generations: the farm in the fraction of Froi, in the village...

The 4 most exclusive wine resorts in the villages of Italy
With the end of the pandemic, the Belpaese seems to have regained its leading role in the food and wine industry both in Europe and overseas. From the Langhe to Sicily, Italy has awakened by reintroducing wines of excellence that represent the true pride of our country, with renowned labels to be enjoyed in private and luxurious settings that tell the story of our regions. This is an important signal that expresses health for the wine industry...
Continue

Truffle hunting in Alba with tasting - from €
Italian truffles are beloved by foodies around the world, and this truffle hunting experience offers a chance to see how they are harvested. On a 3-hour tour from Alba, help hunt and gather the sought-after white and black truffles, then sample delicious truffles and other regional delicacies.
Continue