What to see in San Casciano dei Bagni, Siena, Tuscany 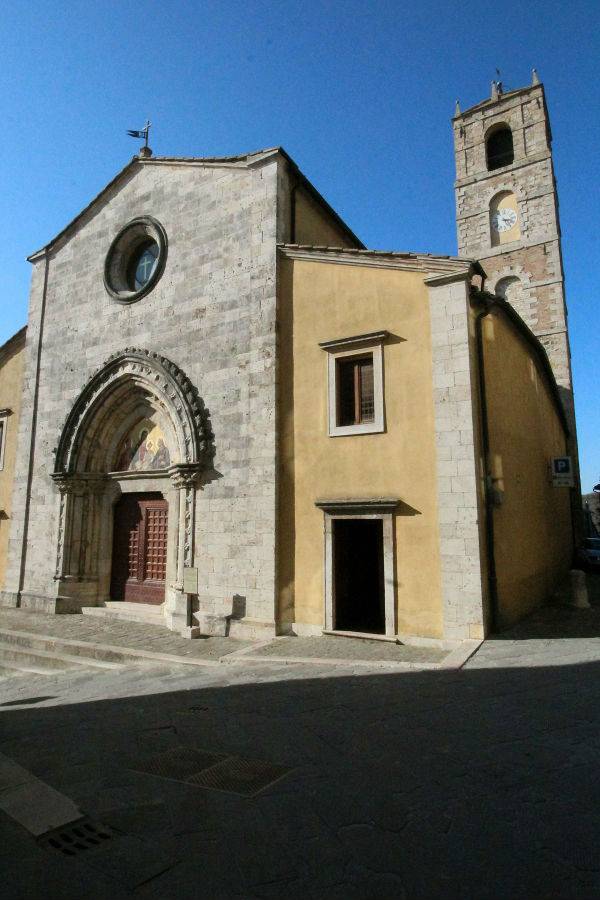 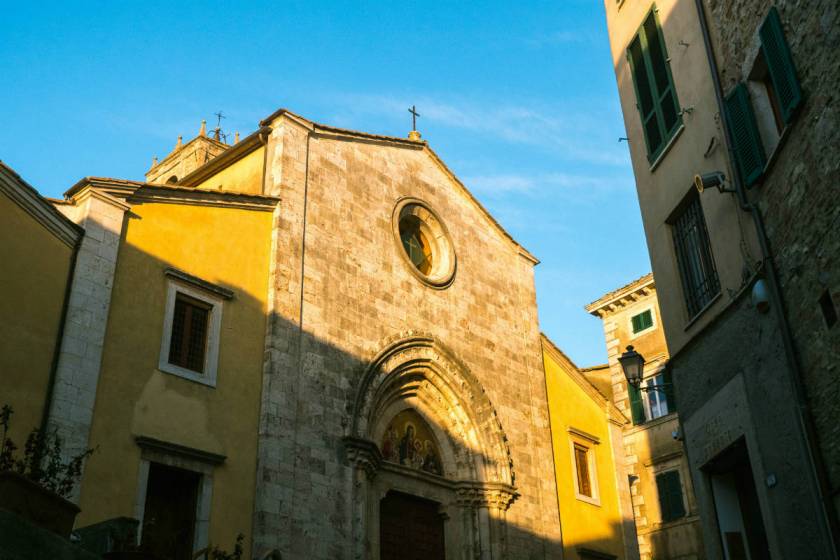 the Collegiate Church of SS. Leonard and Cassia of San Casciano dei Bagni is considered to be the heir of the "pieve de Balneo", remembered from the beginning of the XI century. The illustrious Collegiate of St. Leonard is the main church of San Casciano.

In the course of the centuries has repeatedly changed both the architectural structure, both the ecclesiastical organization that ruled. Initially it was governed by four priests said Pensionieri San Guglielmo, as depended on a Convent of monks guglielmiti placed near the locality Acerona. The dedication of a church in San Leonardo Abate may perhaps be sought precisely to the veneration of the Saint at the convent of the Acerona. In 1618 the church was elevated to the rank of Distinguished Collegiate Church, for it was headed by a chapter of seven priests: the Archpriest, who was the greatest dignity capitular, and six Canons. The appointment of the Archpriest and Canons were formerly the responsibility of the Community, which had the jus employers of the Church of S. Leonardo. In addition to the canonicati, to which was added in following that of Desponsazione of Christ, there were also five Benefizi, these were employers of some illustrious sancascianesi families, which provided for its own account to appoint the priests who have assumed the ownership. The XVII and XVIII centuries represented the period of maximum splendor for the Collegiata, frequented by bishops and cardinals both italian and foreign, which came to San Casciano for spa treatments. In its original form the church had to be arranged along the axis west/east, in place of the current south/north, with the entrance on the side occupied today by the Oratory of Sant'Antonio, as evidenced by the discovery of the current portal precisely on that side, the style used was undoubtedly the Gothic, with abundance of elements of travertine worked, as witnessed, beyond the portal remains of frames and columns. Later he was given the current orientation, probably in the '500, when it was founded the company of S. Antonio and built its church. The superb stone bell tower was built in 1606.

The large interior spaces of the Collegiata are divided in three naves built with barrel vaults. Has four lateral altars, one of which is on the left aisle dedicated to S. Mary of Mount Carmel and another along the right aisle dedicated to Santa Croce. The other two altars are located next to the presbytery within two chapels from which they took their name: The Chapel of the Ss.mo Rosary on the left and the Chapel of the Sacred Heart on the right. Inside the Sanctuary surrounded by a balustrade of travertine is located the main altar in travertine richly carved with which it is set a magnificent tabernacle. At the sides of the altar are space two large wooden Angels. On the wall of the altar there is an altarpiece by Pietro Di Francesco Orioli, with the coronation of the Virgin and Saints (1490). Behind the altar is space the vast wooden choir of the '600, in cornu Evangelii is situated the ancient cantoria that hosts the component. The walls of the Collegiate Church is adorned with large canvases and exquisite workmanship. Among them are: San Sebastiano, San Michele Arcangelo, the Baptism of Jesus, the Flight into Egypt, the Virgin with Saints, San Bartolomeo. To the right of the portal is a baptismal font made of travertine San Casciano finely carved on the top of a statue of Saint John the Baptist, surrounded by an elegant wrought iron balustrade.

The gothic facade of the Church has the prospectus defined by angular pilasters and crowned by a simple frame. The great portal, splayed strongly, is richly decorated with plant motifs, especially in the capitals on which you set the great pointed arch. Above the portal there is a rose window representing San Leonardo. Has two other inputs to the sides of the portal. The bell tower is equipped with a clock and 6 bells of which 5 momentum and 1 to hammer.

Via Berignano, 76 - 53037, San Gimignano (Siena)
94.46 Kilometers from Collegiate Church of SS. Leonard and Cassia
Lupaia
An agritourism resort in the heart of Tuscany, between Pienza Montepulciano. La Lupaia is a luxur...