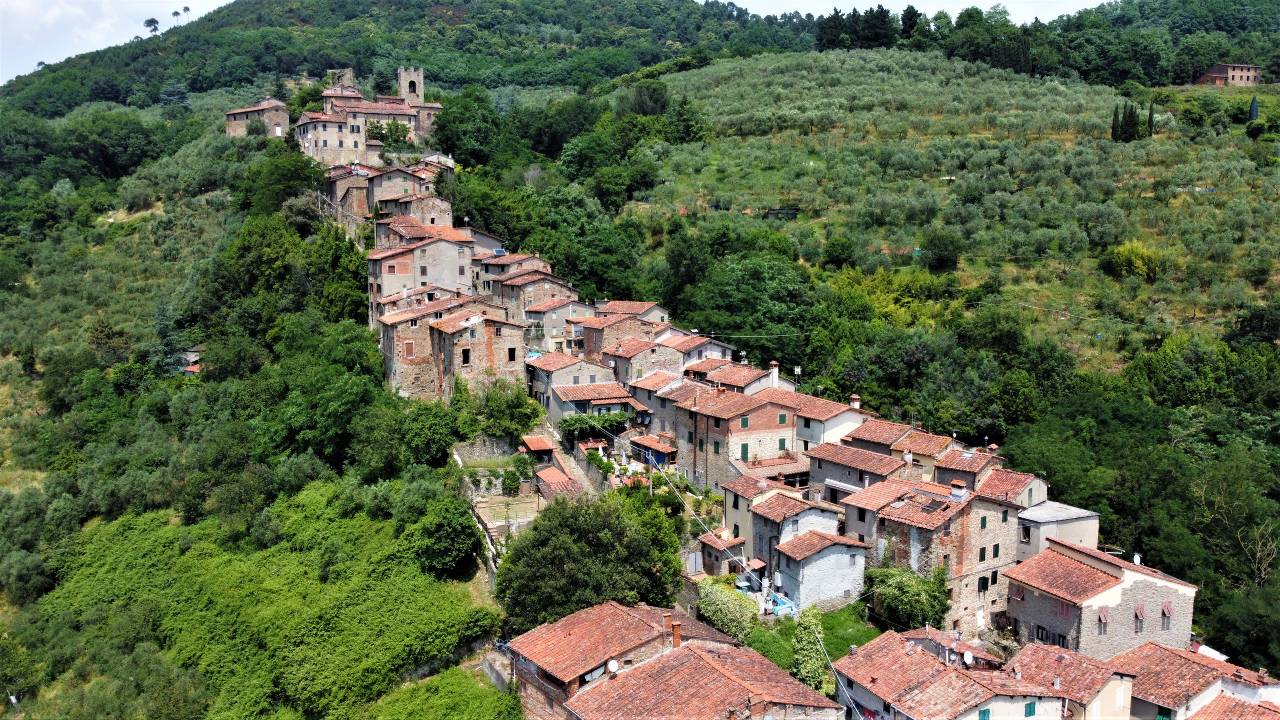 Valdinievole, a journey into the secret heart of Tuscany 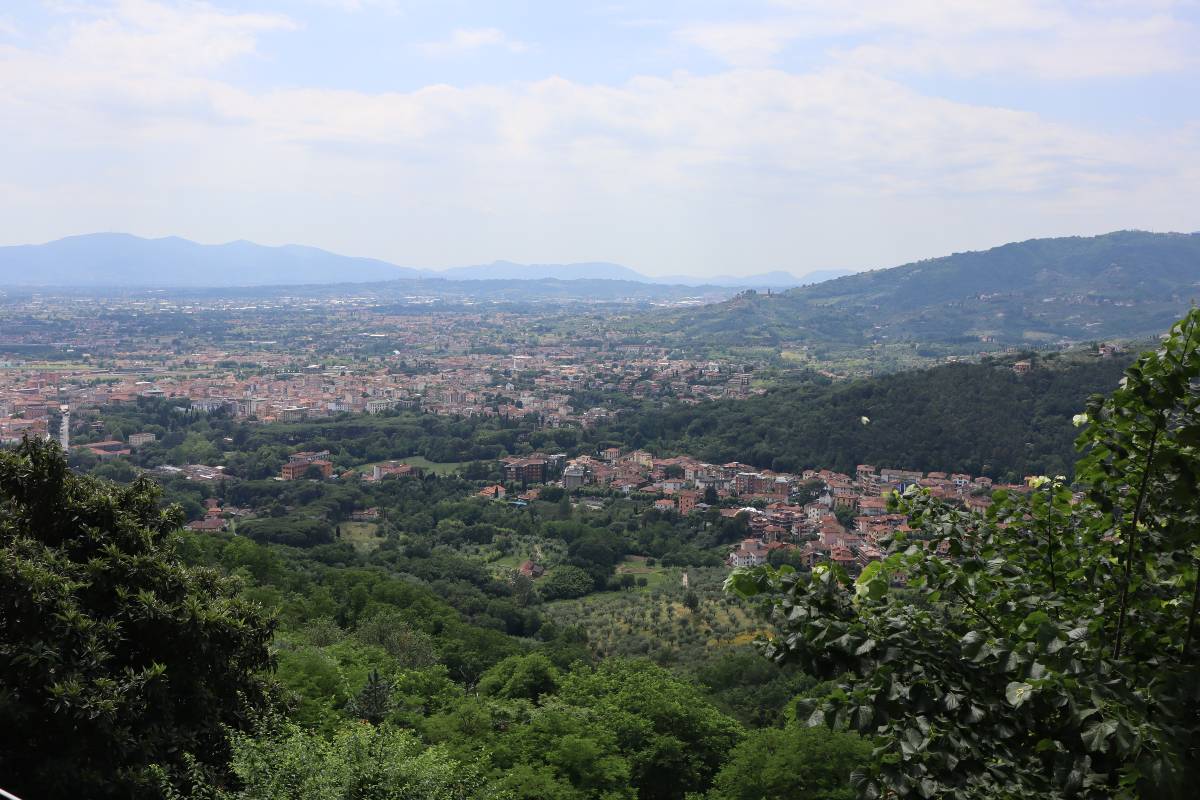 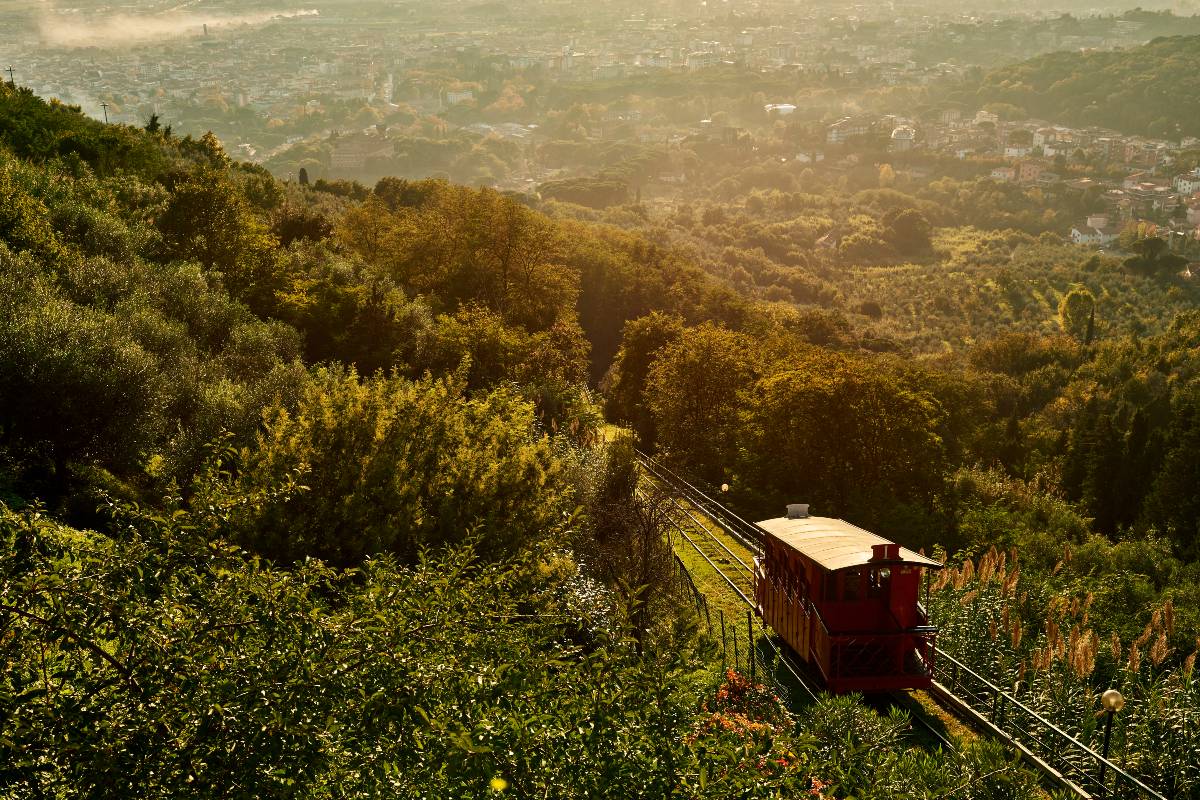 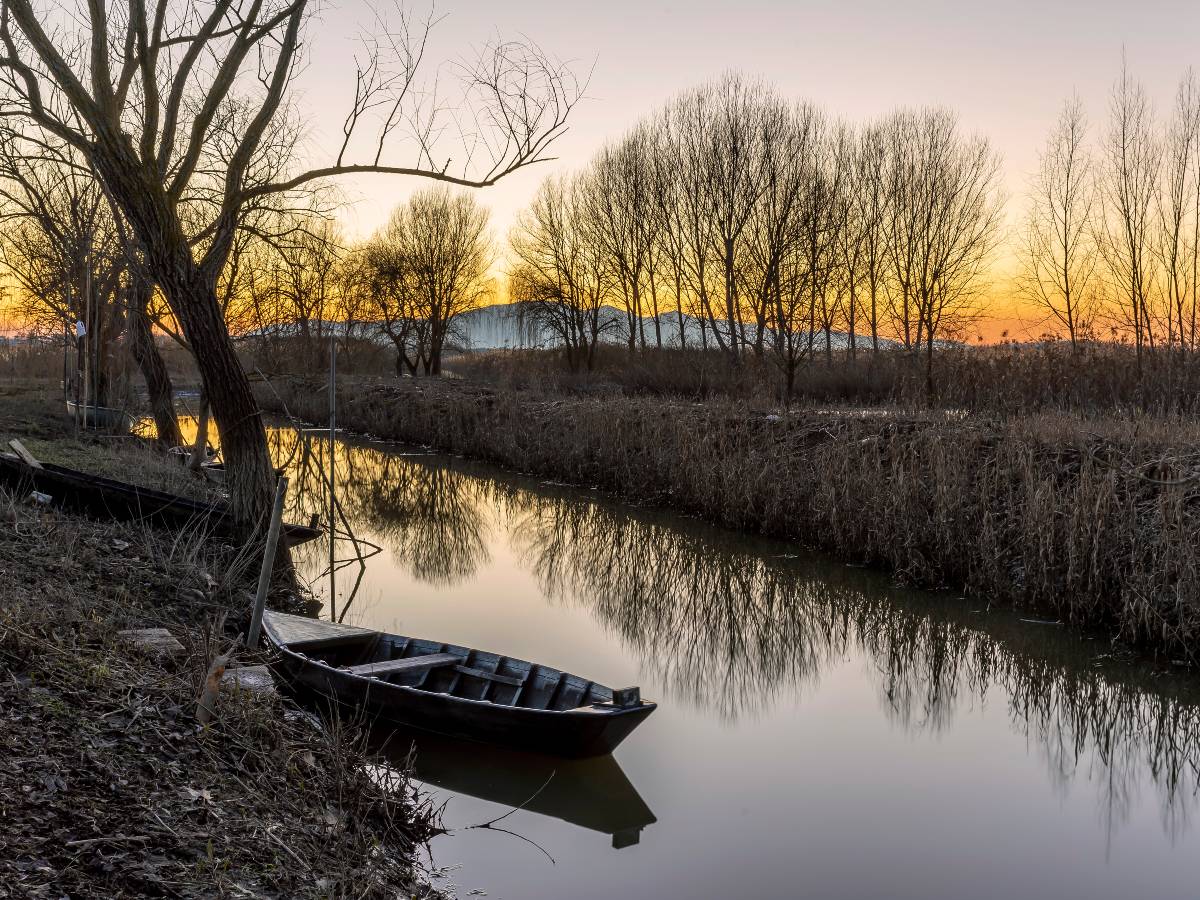 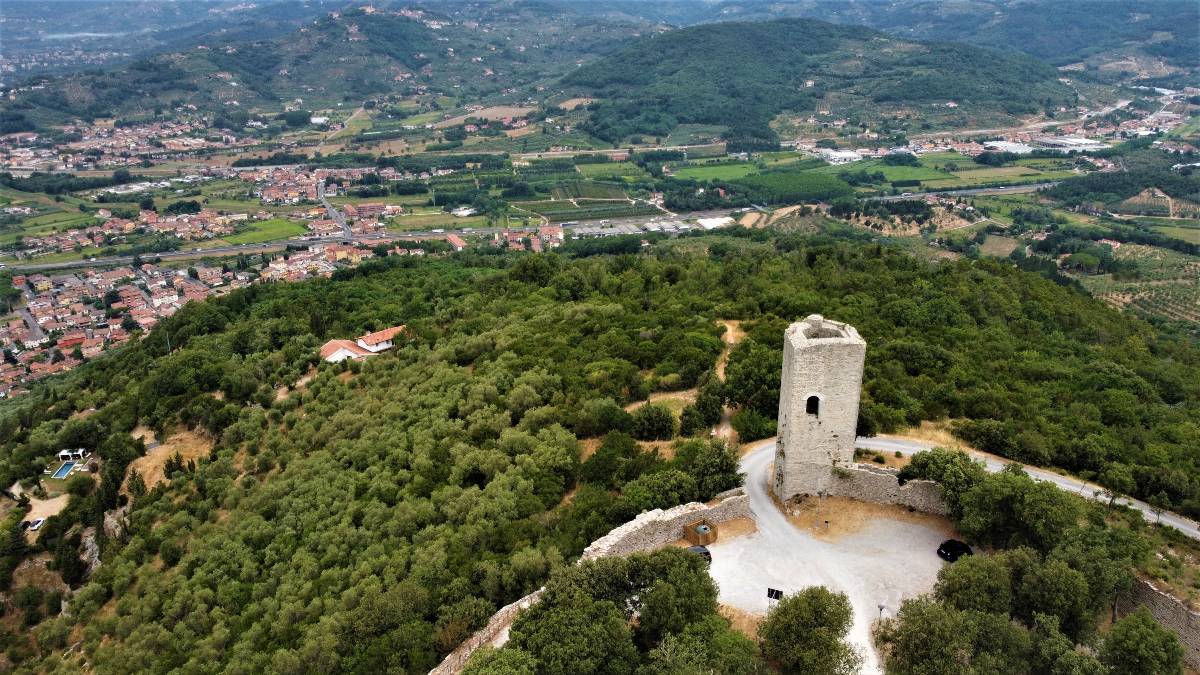 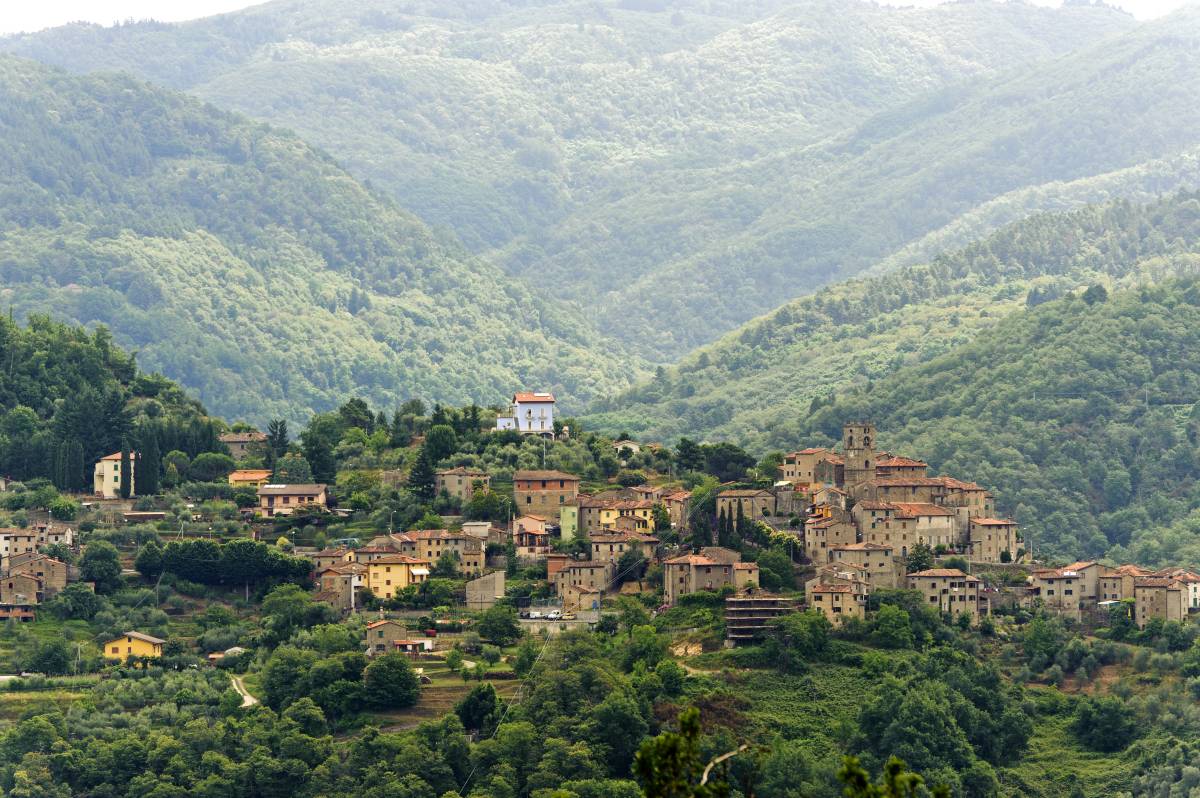 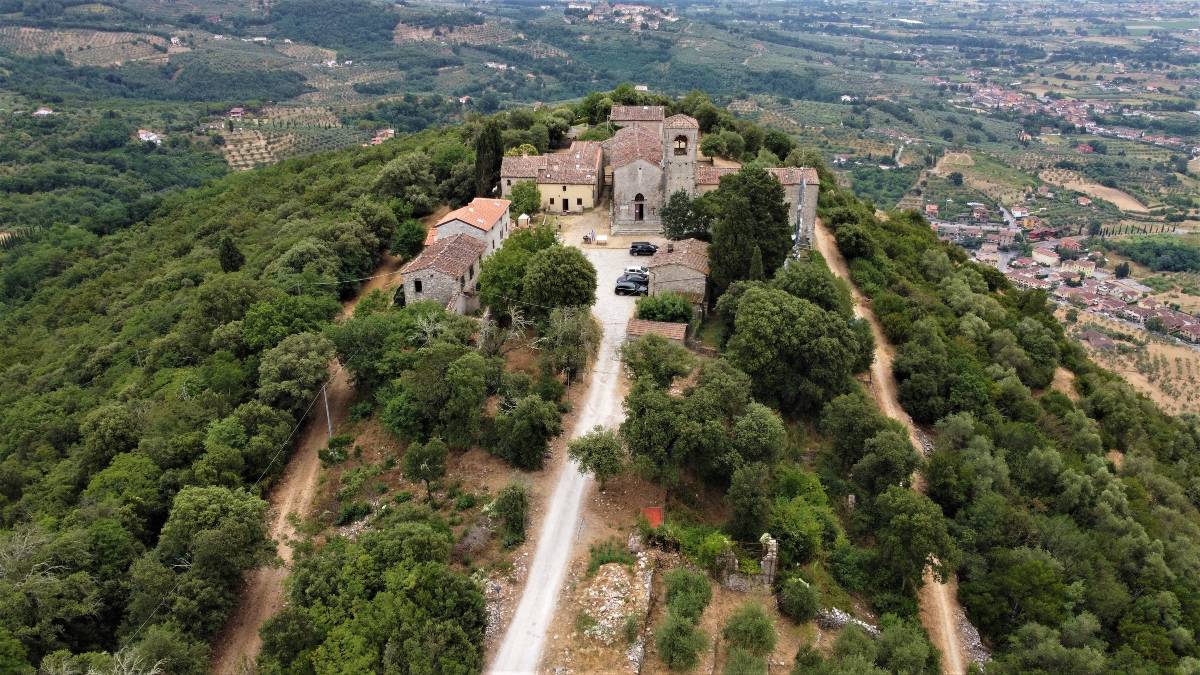 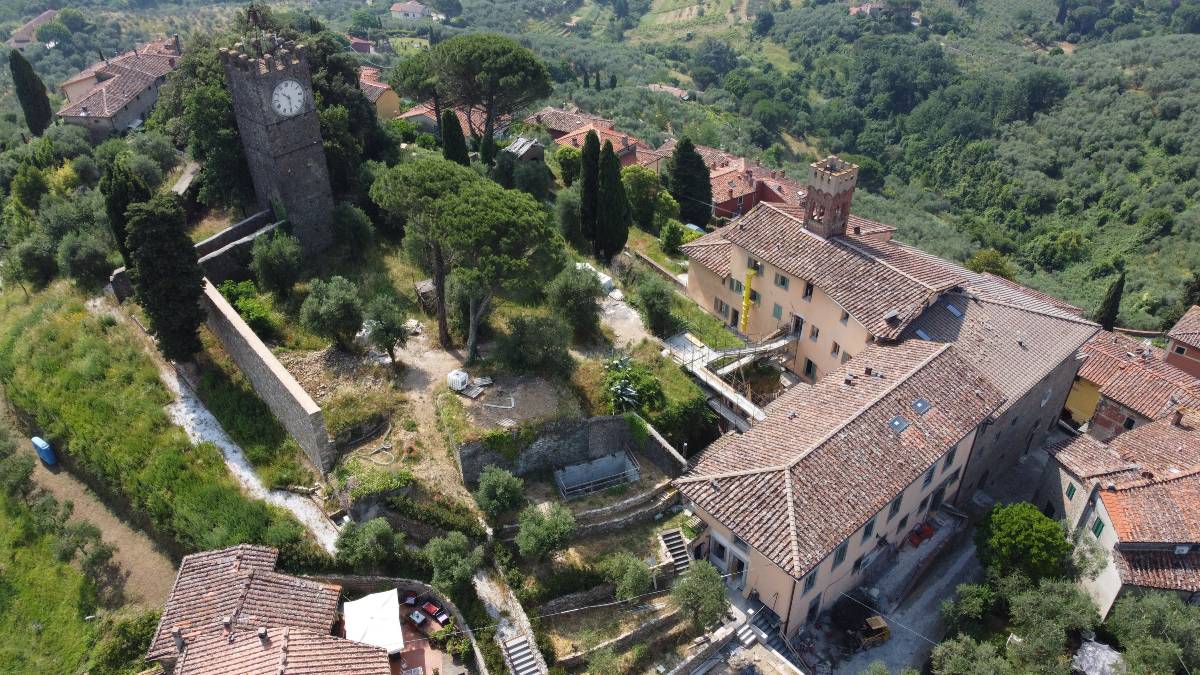 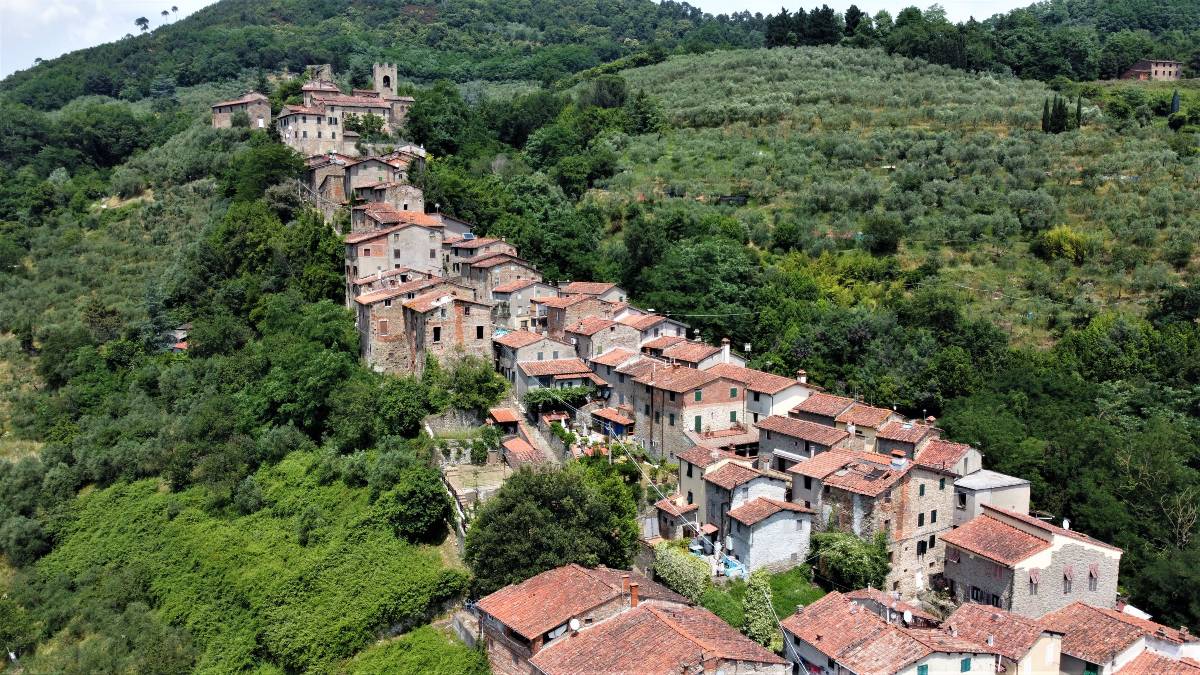 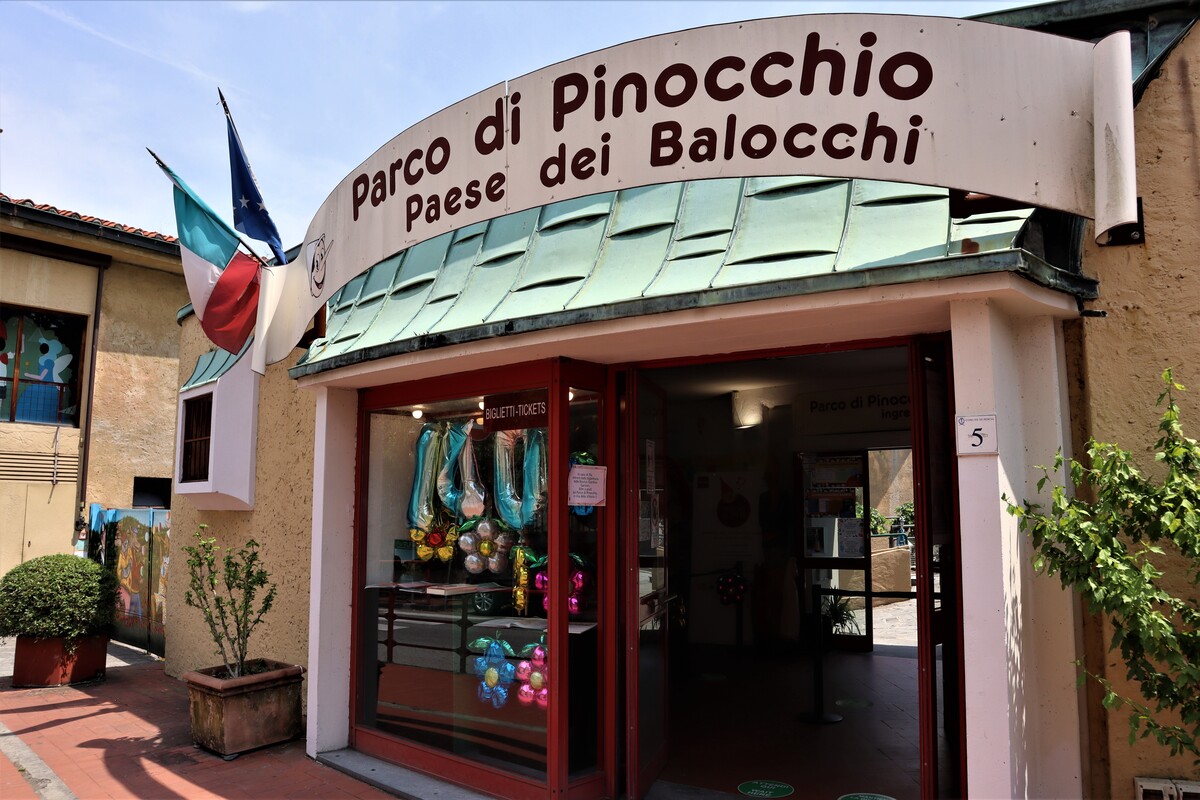 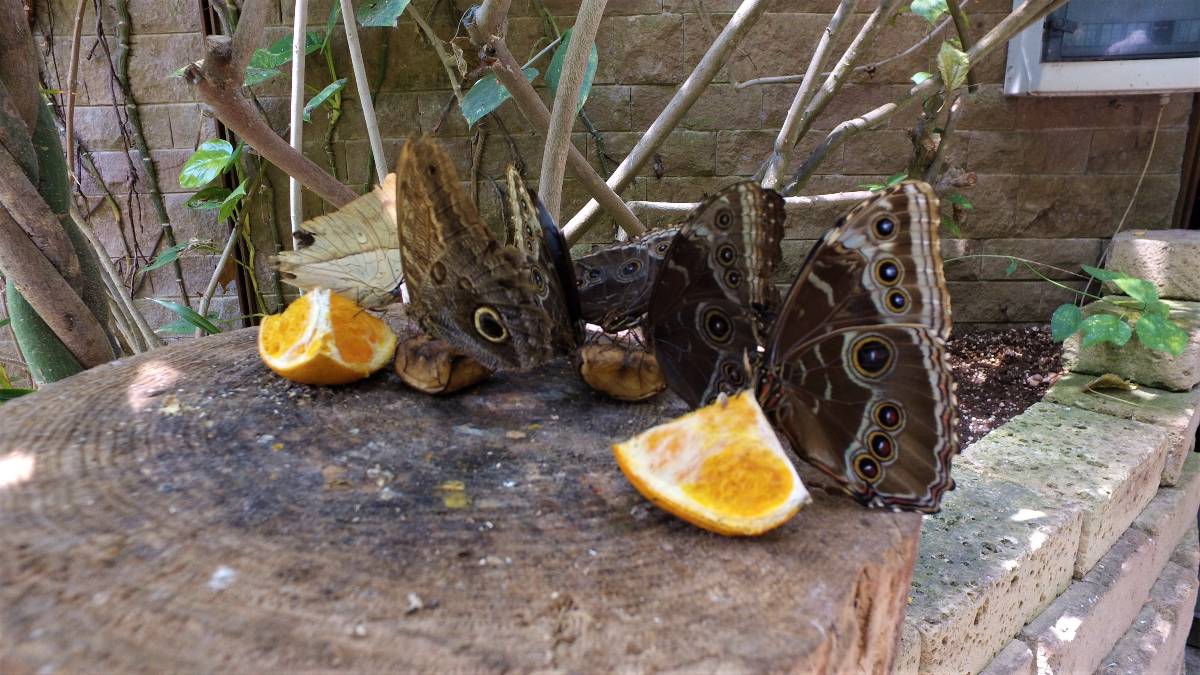 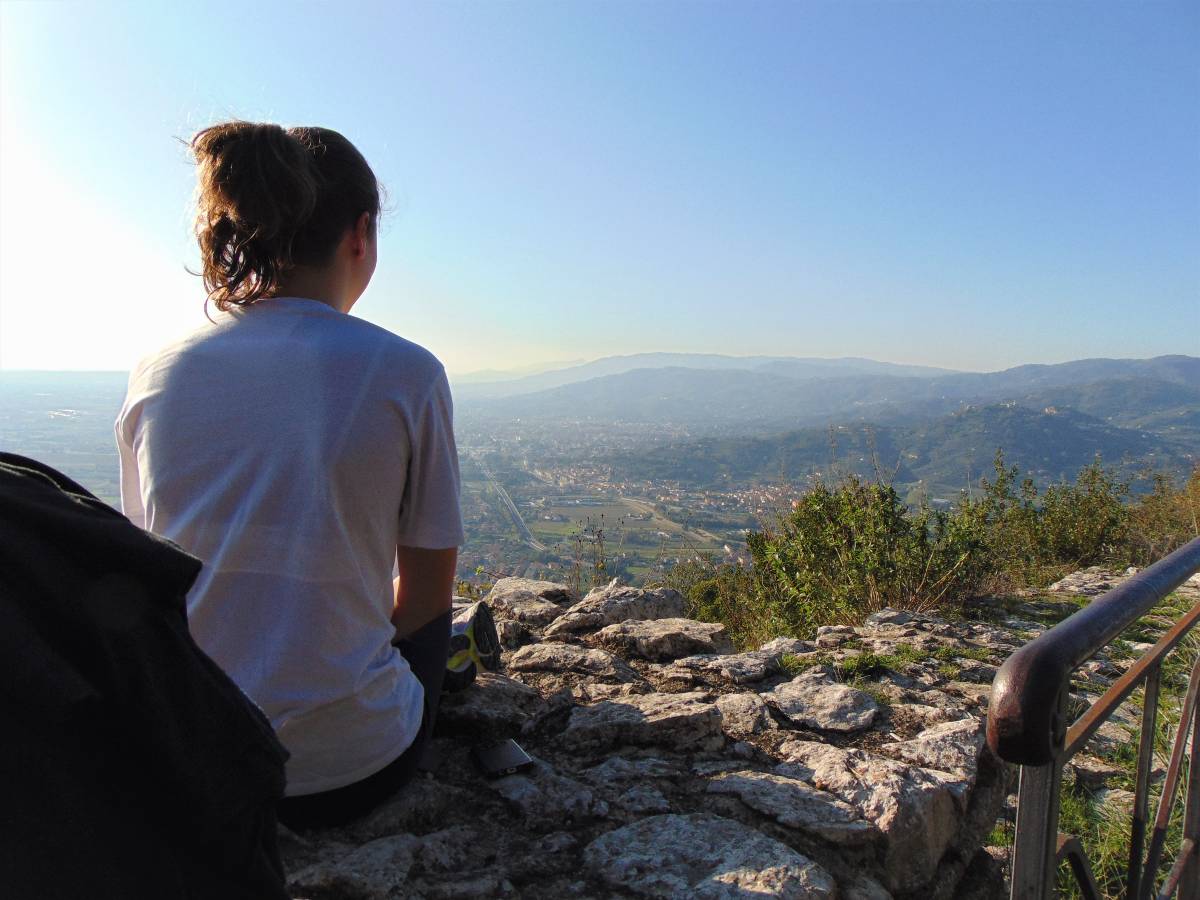 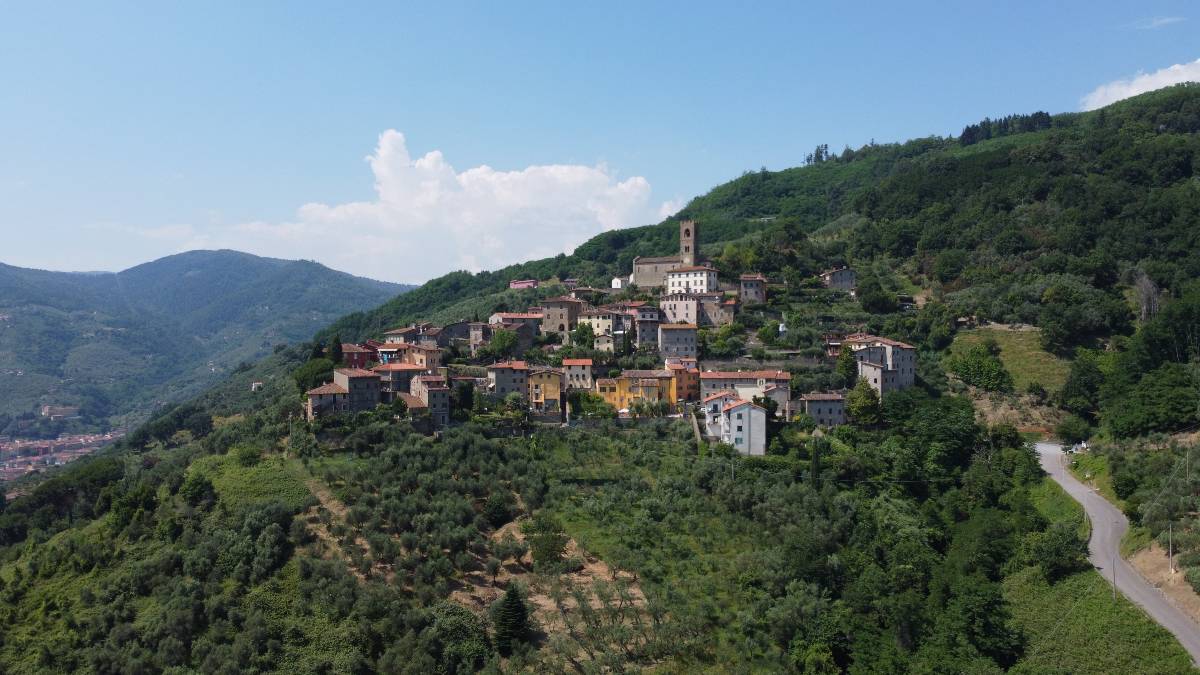 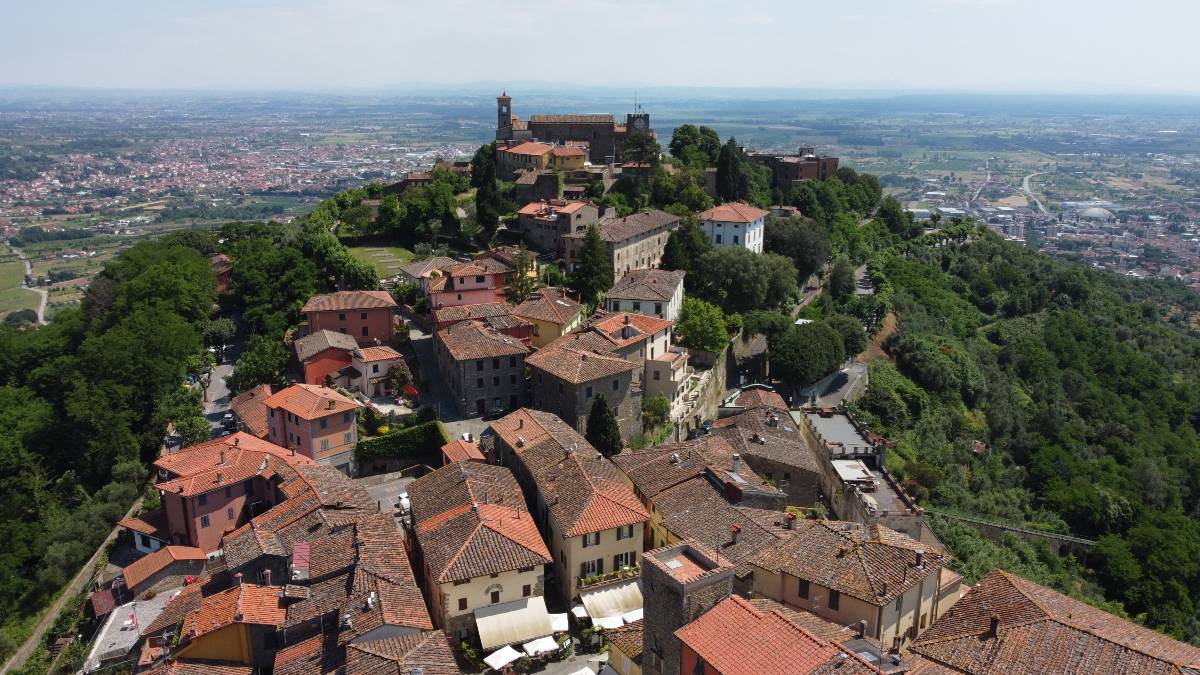 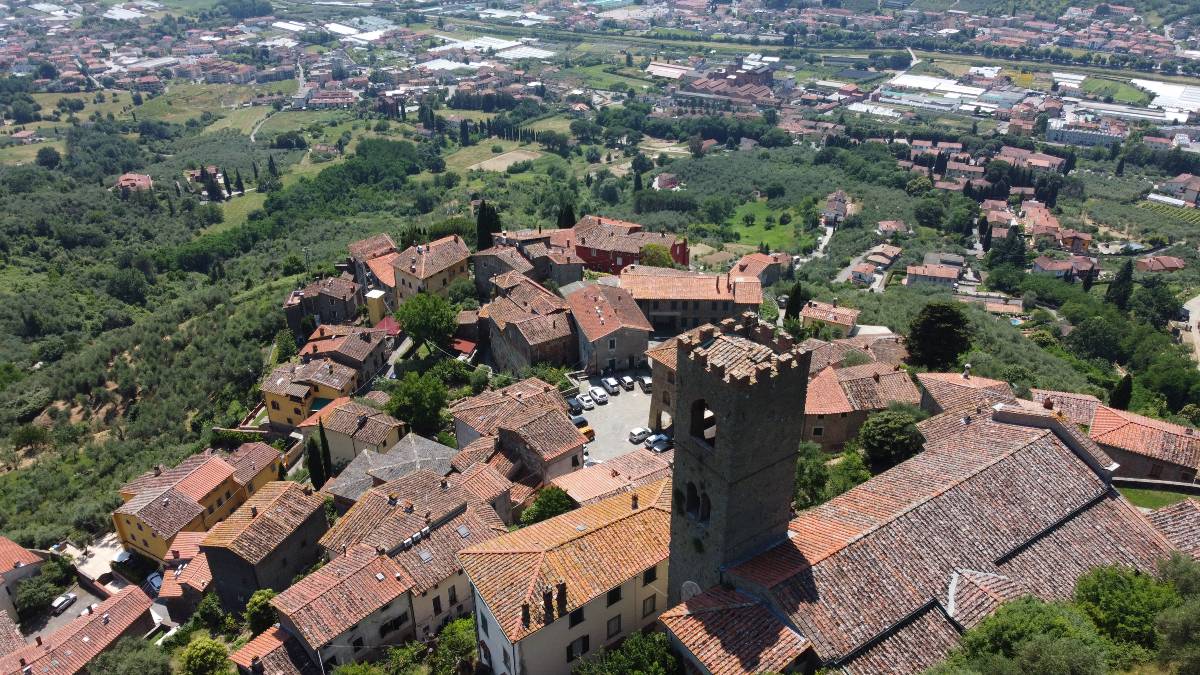 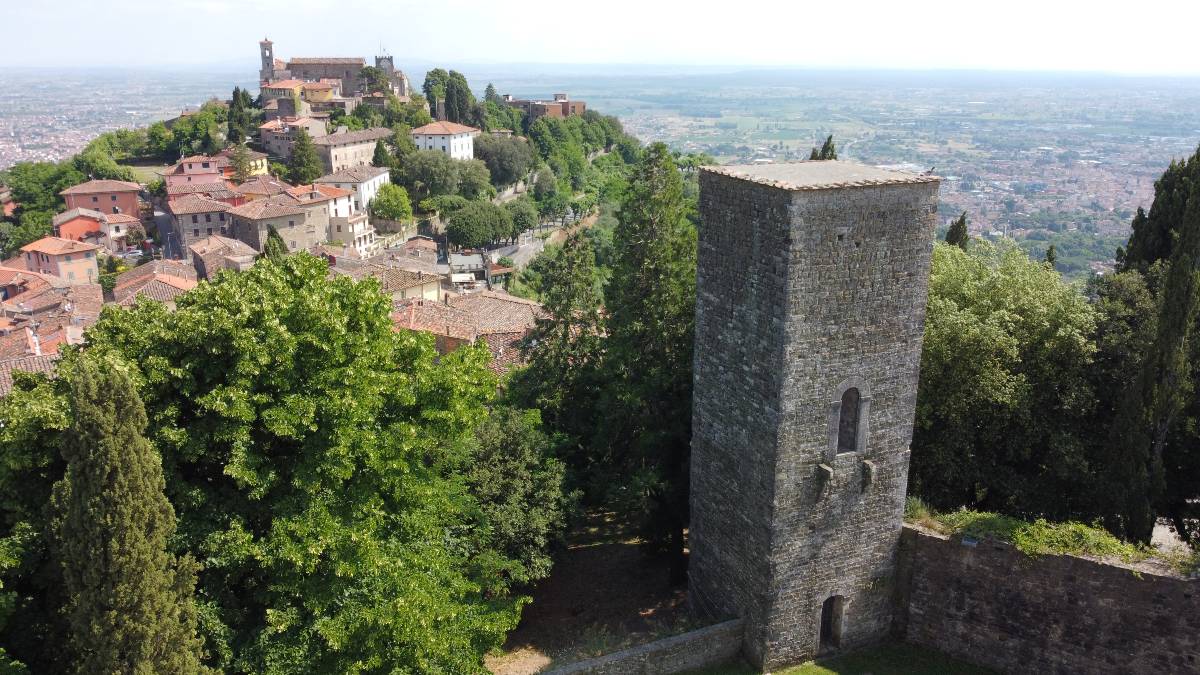 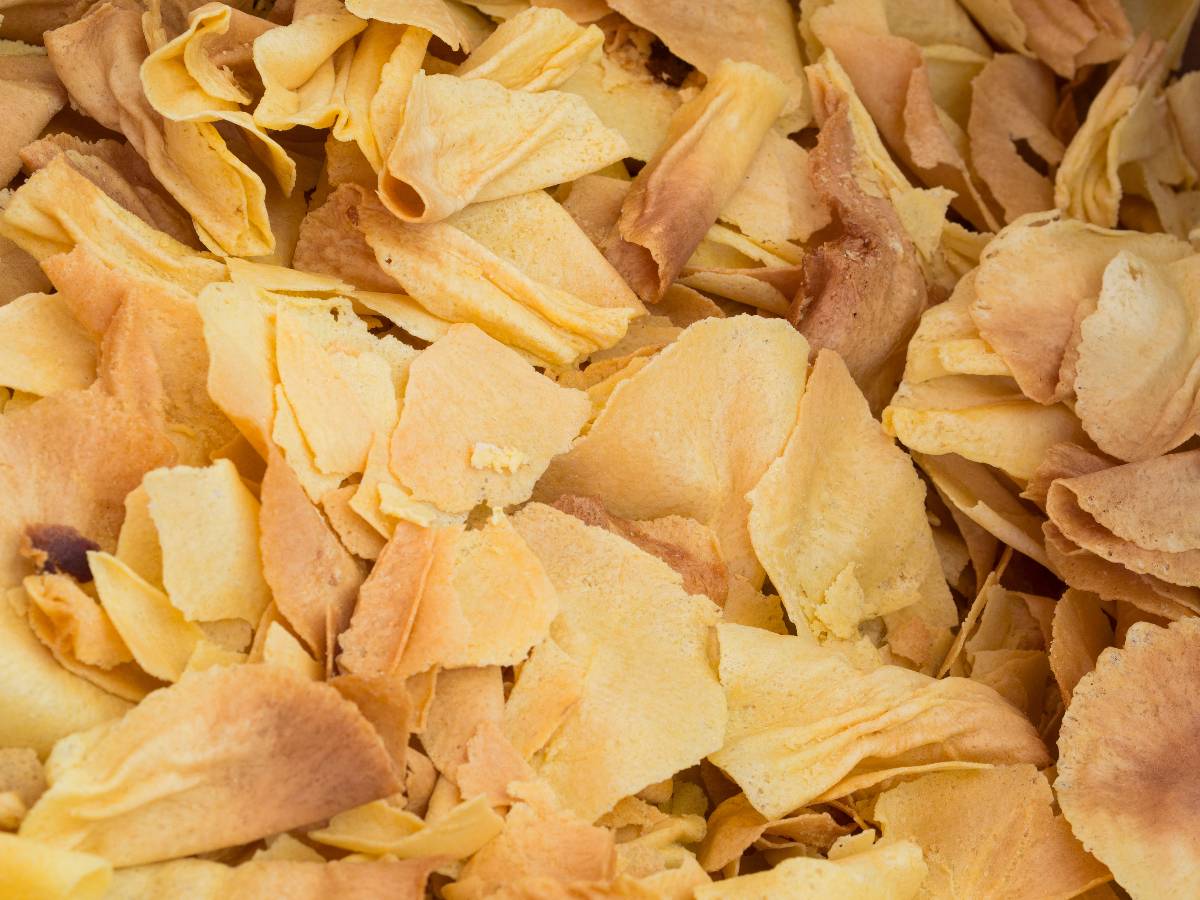 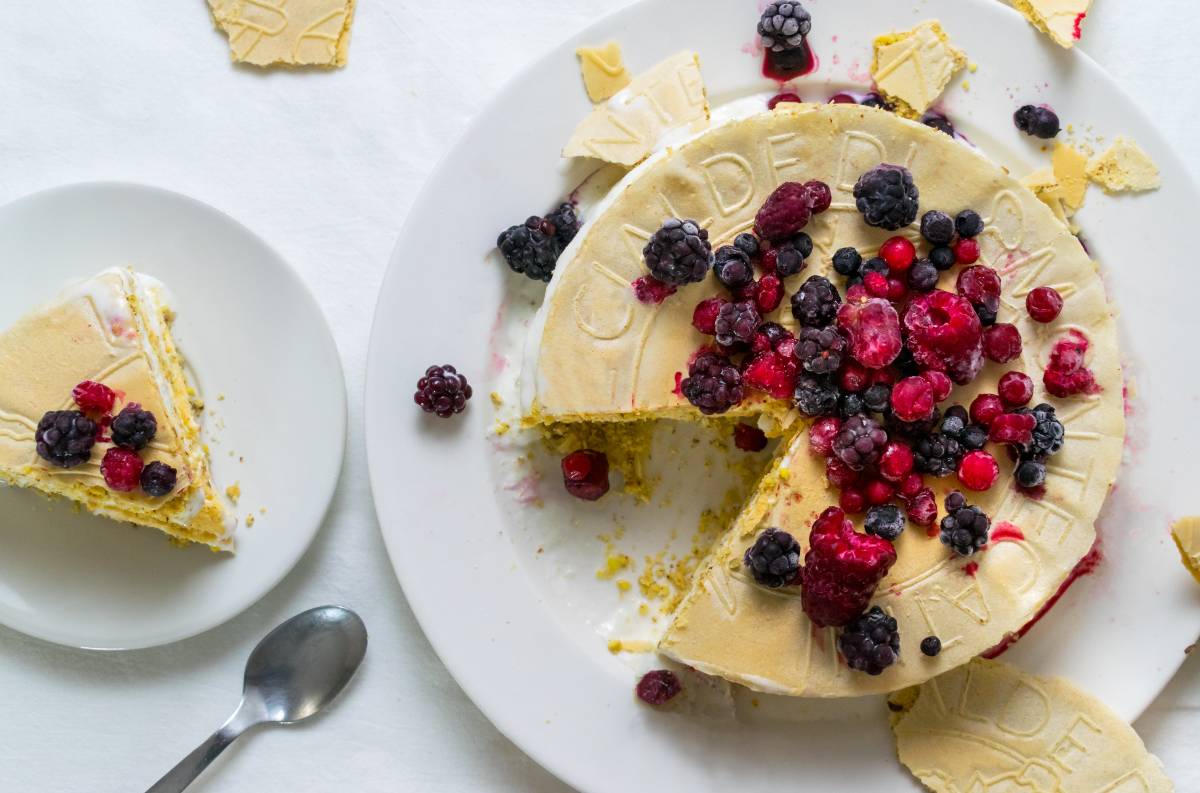 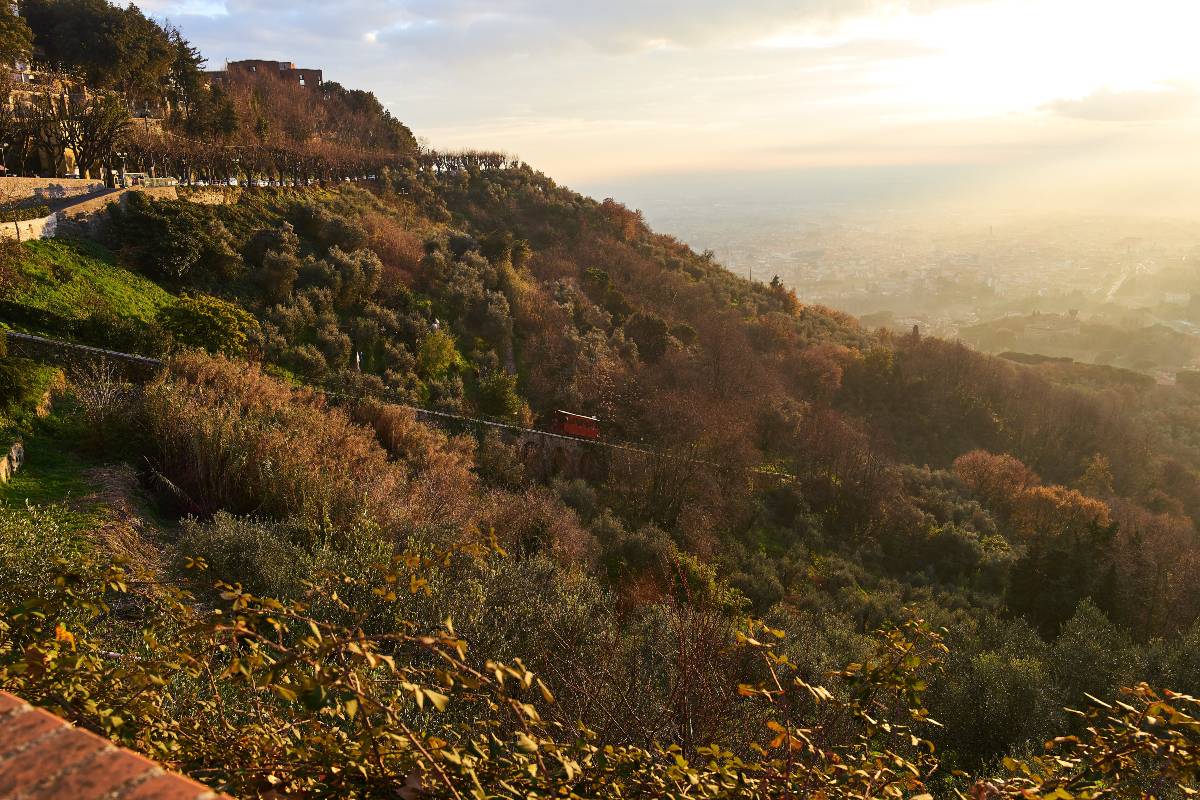 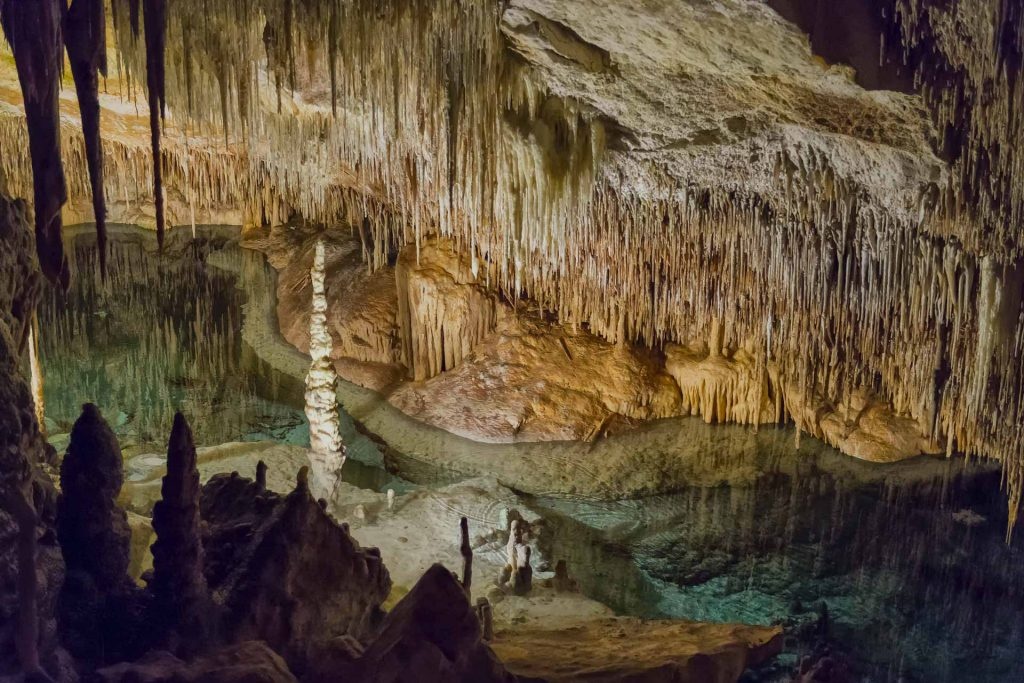 Every Italian region has the power to enchant its visitors and among them, Tuscany is loved and appreciated also at an international level. This land, which gave birth to great artists and writers, is famous for the region of Chianti, Maremma and Val d'Orcia, not to mention the jewel-like cities that dot the territory, first of all Florence. Among the most beautiful places in Tuscany, although perhaps less famous, there is the Valdinievole: it is a region that includes the province of Pistoia, bordering with those of Lucca and Florence. This is a land with a rich historical and artistic heritage and a varied landscape, with the Plain of Prato-Florence-Pistoia on one side and Mount Albano and the pre-Apennine mountains on the other.

The history of the Valdinievole inevitably follows that of the Grand Duchy of Tuscany, which, for almost 300 years, enjoyed full independence: between 1569 and 1859, the territory saw the dominion first of the Medici and then of the Hapsburg-Lorraine. It became a Grand Duchy thanks to the concession of Pius V at the request of Cosimo I de'Medici, who extended the territory by conquering Siena and thus developing Tuscany, considered among the most prosperous and modern states in Europe.
In 1737 ended the dynasty of the Medici and the whole Tuscany passed under the rule of Francis III, former Duke of Lorraine, thus becoming part of the Austro-Hungarian Empire, despite the grumbling of the inhabitants.
Pietro Leopoldo I of Tuscany gave new impulse to the Grand Duchy and with it to the Valdinievole, thanks to whom the Val di Chiana and the Maremma were reclaimed and also thanks to the construction of some thermal establishments, the pride of this region.

The naturalistic beauties of Valdinievole

The Valdinievole really has a lot to offer to visitors. Whoever comes to this territory will encounter small picture-postcard villages, parish churches, fortresses and thermal establishments that have contributed to the development of this Tuscan paradise. Nature is also luxuriant, all to be explored through paths that can be covered by bicycle, on horseback or on foot.
In Valdinievole it is possible to take the path that from Massa, crossing the woods and skirting the Volata river, arrives at the Sanctuary of Croci touching the path of the ancient Via Crucis.
Equally recommended is the ring path around the Colle di Monsummano (destination of paragliding and climbing enthusiasts at the Cava Grigia considered a real rock gym) which follows the Geological Path between ancient rock formations and part of the Grotta Giusti, defined as one of the wonders of the world by the composer Giuseppe Verdi. It is about 200 meters long and contains a sort of small lake filled with beneficial thermal waters that give off steam, making this karst cavity an evocative environment of Dante.

Among the most fascinating naturalistic beauties of the Valdinievole, we cannot fail to mention the Grotta Maona, which can be found on the road that connects Montecatini Terme to Montecatini Alto. Discovered back in 1860 and dating back to about 15 million years ago, the cave is the only one in Italy that has two wells and reveals a veritable cascade of stalactites and stalagmites. Doing the "honors of the house" are a rare community of bats, about 30 specimens that over time have become the symbol of the natural attraction.

Exploring the nature of the Valdinievole means dedicating a day to the visit of the Natural Reserve of the Padule di Fucecchio (Fucecchio Marshes) which, with its 1800 hectares of extension, is the largest marshland in all of Italy. It is the perfect destination for birdwatchers, since it is populated by various species of water birds such as the Black-winged Stilt, pink flamingos, black storks, cranes and herons. The paths to visit the reserve start from Ponte Buggianese, in particular from the Dogana del Capannone, or from Larciano, through the path called Le Morette.

What to see in Valdinievole

There are many places and towns in the Valdinievole that are worth a visit, and the starting point must be Pistoia, whose Piazza Duomo is considered one of the most enchanting Renaissance jewels in Italy. Here, in fact, is the Romanesque Cathedral of San Zeno with its characteristic black and white marble facade.

Among the most famous villages of the Valdinievole there is undoubtedly Collodi, the village that gave the pseudonym to Carlo Lorenzini, the author of the book "The Adventures of Pinocchio", the queen of Italian fairy tales. Collodi spent his childhood in the elegant Villa Garzoni, embellished by a beautiful eighteenth-century garden rich in staircases, fountains with funny water games and statues. In Collodi there is the Pinocchio Park where, among the lush vegetation, there are installations related to the famous fairy tale, made by artists of national fame and not only, such as the Piazzetta dei Mosaici by Venturino Venturi, the Pinocchio and the Fairy by Greco and the Pescecane by Zanuso. The youngest will also have fun in the Museum of Cricket and in the House of Butterflies, where hundreds of specimens are preserved, including some dating back to Medici species.

Pescia, whose surrounding area has been nicknamed "Svizzera Pesciatina" (Switzerland of Pescia), is also worth a visit. This name was given by the Swiss writer and economist Jean Charles Léonard Simonde de Sismondi who, in this natural paradise, had seen the mountains of his land.

The Valdinievole is also synonymous with spas, and among these, we cannot fail to mention the ones built in Art Nouveau style in Montecatini Terme, where one can still breathe in the typical Belle Époque atmosphere. A funicular inaugurated at the end of the nineteenth century transports visitors in just over 8 minutes to Montecatini Alto: the historic center is a small jewel that contains beauties such as the Tower of Ugolino Simoni and the Palazzo del Podestà.

The village of Monsummano Alto is also worth a visit, where there is the interesting Museum of the City and the Territory, dedicated to the Padule di Fucecchio (Fucecchio Marshes), to the geological formations of the Valdinievole and to the sacred art of the territory. The museum is located inside the ancient Osteria dei Pellegrini, created by Ferdinando I de' Medici to welcome the pilgrims who went to venerate the Madonna in the nearby Sanctuary of Fontenuova.

Those who are planning a trip to the Valdinievole and are looking for an authentic and original souvenir linked to this beautiful corner of Tuscany can opt for the typical handicrafts of the area. For example, Monsummano Terme is an important center for the footwear industry made in Italy, while in Larciano brooms and brushes made with marsh grasses taken from the Padule di Fucecchio are produced. Alternatively, you can take home a handmade paper artifact in Pescia, in the hamlet of Pietrabuona, where there is the Paper Museum, the only museum in Tuscany that documents, protects and passes down the art of handmade paper.

Those who want to combine an exploratory trip with a gastronomic one, will find in Valdinievole a pleasure for their taste buds: this is the land of the IGP Sorana Bean, the sugared almonds of Pistoia, the dark chocolate of Monsummano Terme and the panforte glacé of Pistoia, to be accompanied by a good glass of Vinsanto. You must absolutely taste the brigidini typical of the village of Lamporecchio: they are fragrant wafers with a curled shape and the taste of anise, always consumed as street-food. Also very good are the wafers of Montecatini, large round cookies invented by Bohemian confectioners and filled, while still warm, with sugar and ground almonds.

The Valdinievole is also a land of excellent wines, like the rest of Tuscany: in particular, the red Chianti Montalbano DOCG stands out and is perfect with cold cuts, such as finocchiona IGP, the most famous of Tuscan cold cuts, and buristo, a sausage made of pork meat and blood, but also with cheeses such as pecorino. Also excellent are the Bianco della Valdinievole DOC, a sparkling wine, and the Bianco della Valdinievole Vin Santo DOC, ideal for a sweet end to a meal, next to the ever-present cantuccini.

An excellent way to discover the cuisine of the Valdinievole is to follow the Oil Road among the villages of the territory, in particular Cozzile, Buggiano, Massa and Uzzano, which in the evening is clearly visible even from afar thanks to the suggestive lighting designed for it.

Collodi
[Pistoia]
Collodi, a splendid Pistoia village, is known all over the world for paying h...
Larciano
[Pistoia]
Situated in the heart of the Valdinievole, Larciano still retains its medieva...

Sleep, eat, buy in the Valdinievole

Video: Journey to discover the ancient world of the Valdinievole
The gentleness of the valley, the lush vegetation and the architecture of villages and castles form natural geometries that give the Valdinievole a sort of suspended dimension. The natural site is an unusual place, far from the classic tourist routes. Watching the video, it is possible to understand how the itineraries that wind through it are dedicated to those who love to hear the magical sounds of nature and its time. The area, which stretc...
Continue
Collodi, a day in Pinocchio Monumental Park
Every time somebody is talking about the village of Collodi (fraction of Pescia), our imagination flies to the Pinocchio’s fairytale, one of the most famous and loved of all time. There is a deep reason to visit this beautiful village, hoping to grasp the spirit of this parable for adults and children: Collodi profoundly inspired the author Carlo Lorenzini, feeding his imagination so hard to push him to create a pseudonym having in...
Continue
10 things to do in 10 Italian villages, great classics and unexpected surprises
Did you know that in the village of Glorenza there is the only Italian whiskey distillery? And what is the Pinocchio Park in Collodi? Curiosities and ideas to live as protagonists all the magic of the villages of our Peninsula... Here are 10 Italian villages to discover and experience with many things to do. Ideas and curiosities for all tastes and for every season.
Continue
Unique Tuscan villages to Love - Download a free travel guide to the 51 certified Tuscan villages
It has recently been made available a free travel guide by Toscana Promozione Turistica, in Italian and English, about 51 Tuscan villages certified in the Borghi più Belli D'Italia, Paesi Bandiera Arancione, Mibact's Gioielli d'Italia and UNESCO World Heritage Sites. The volume, edited by Claudio Bacillieri, director in chief for Borghi Magazine, accompany th...
Continue