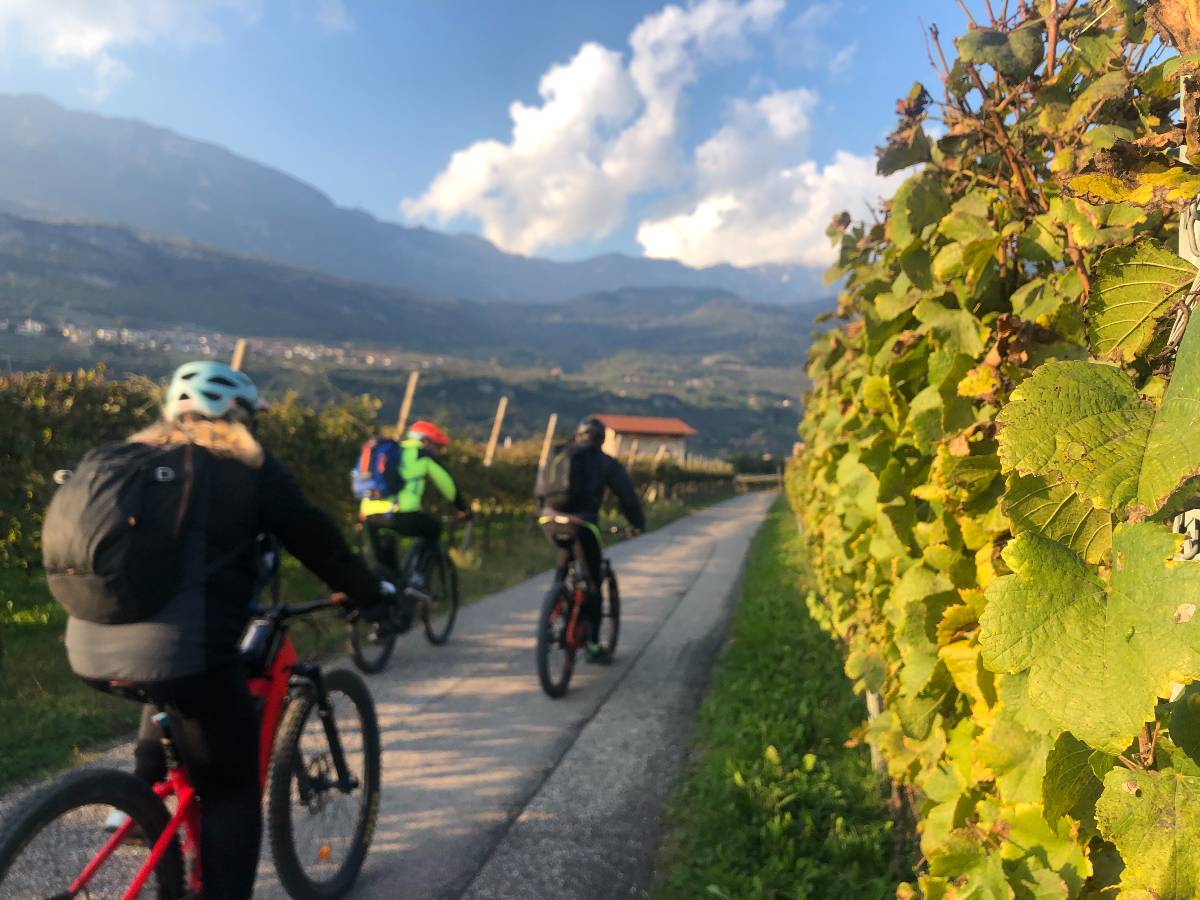 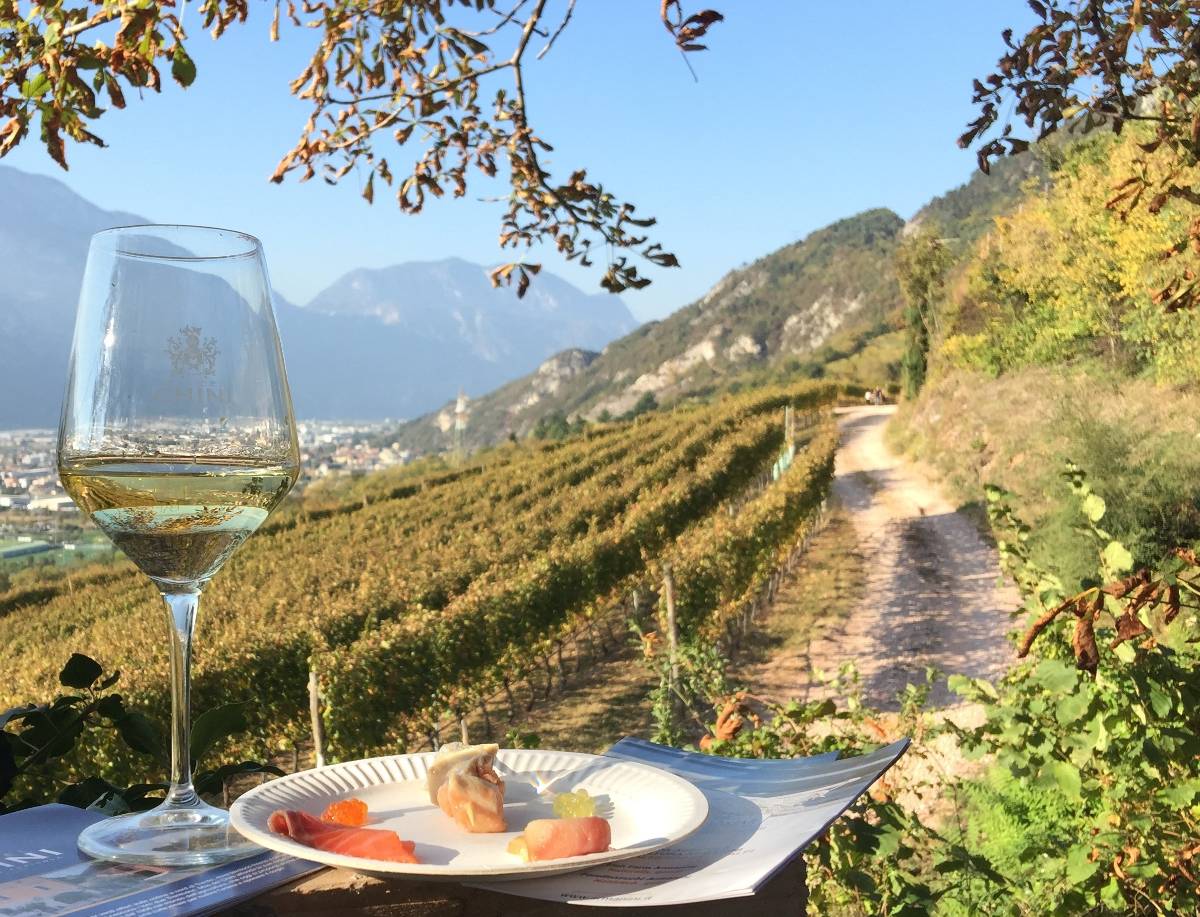 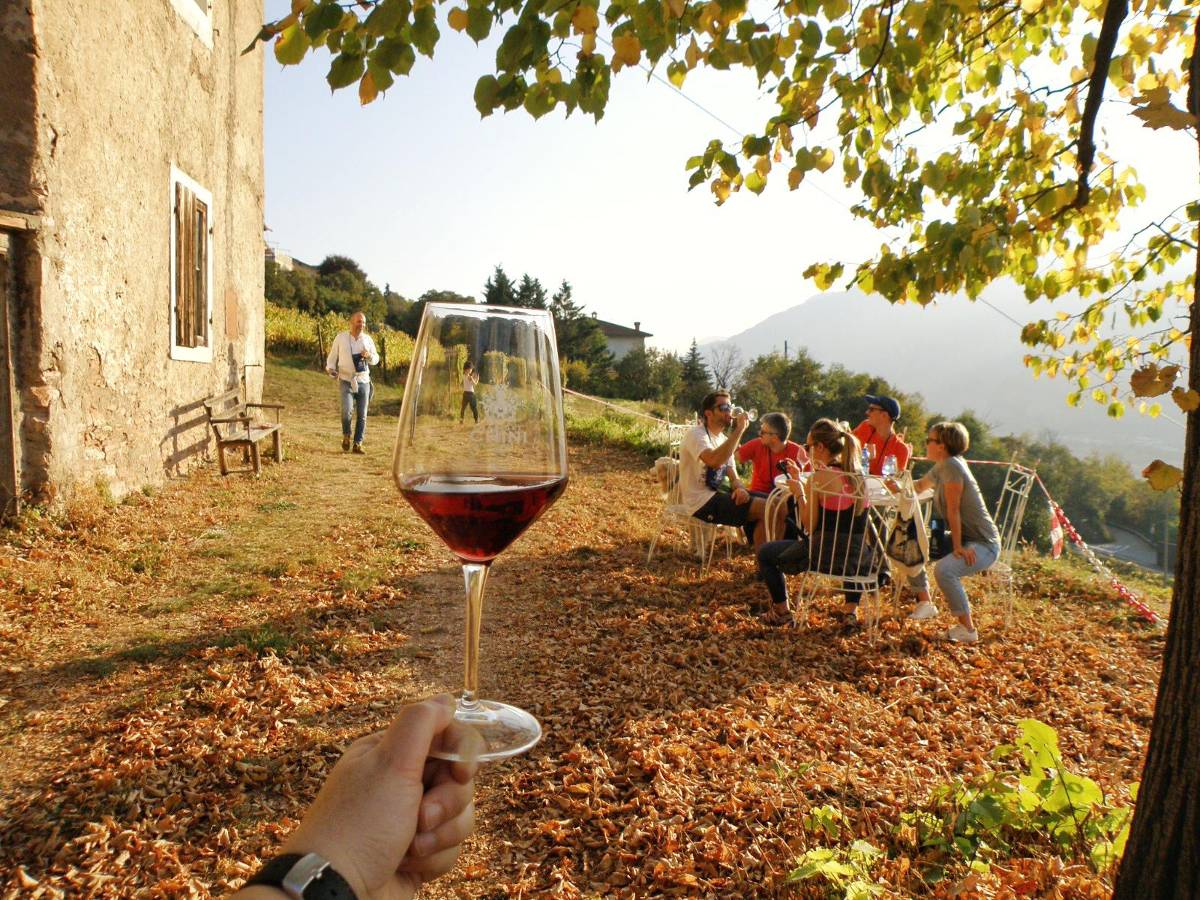 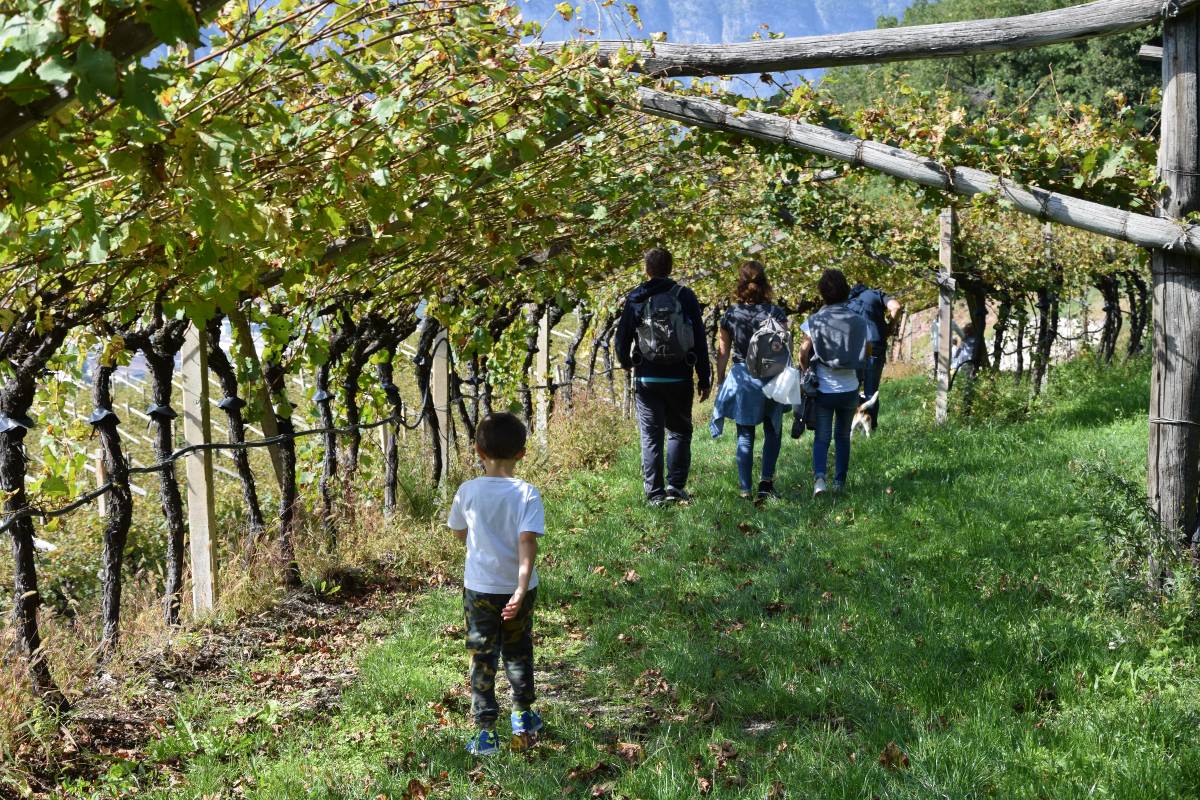 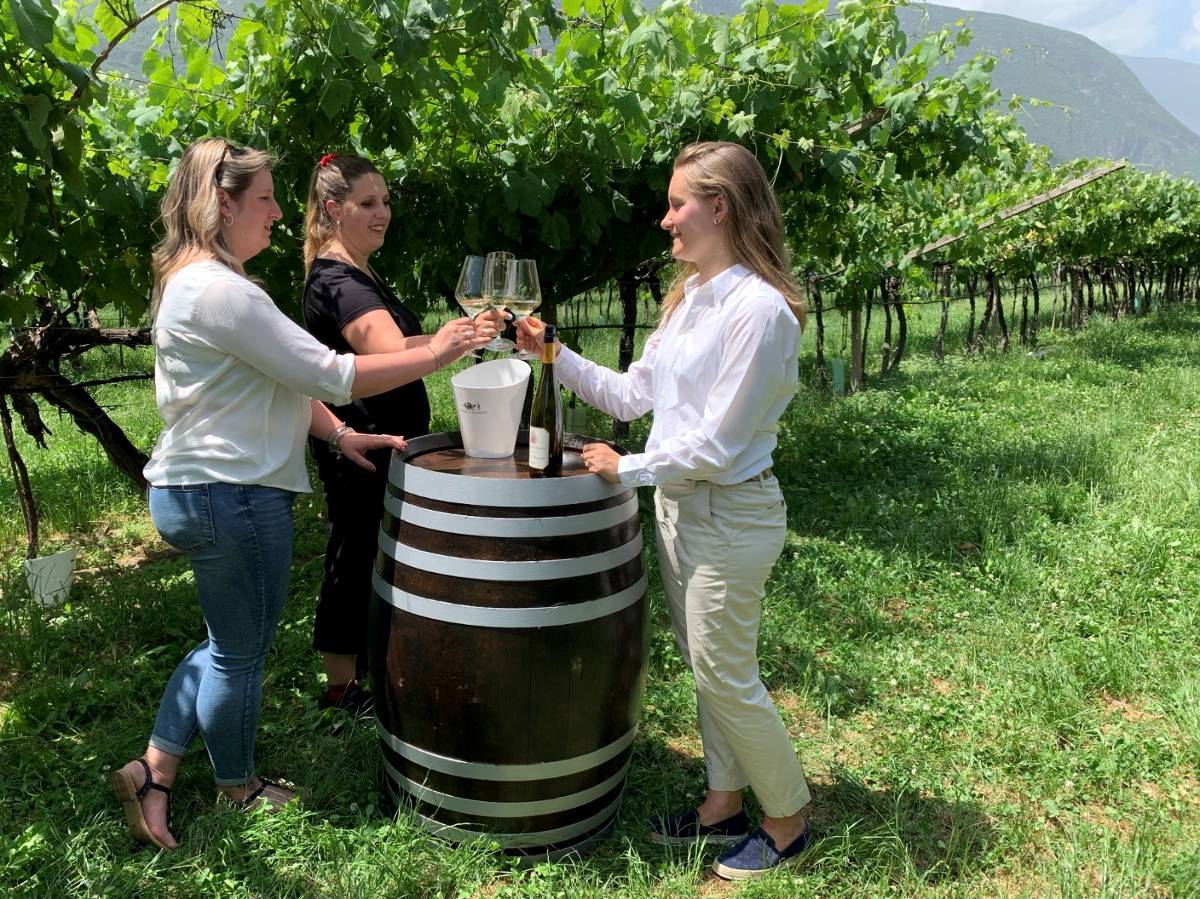 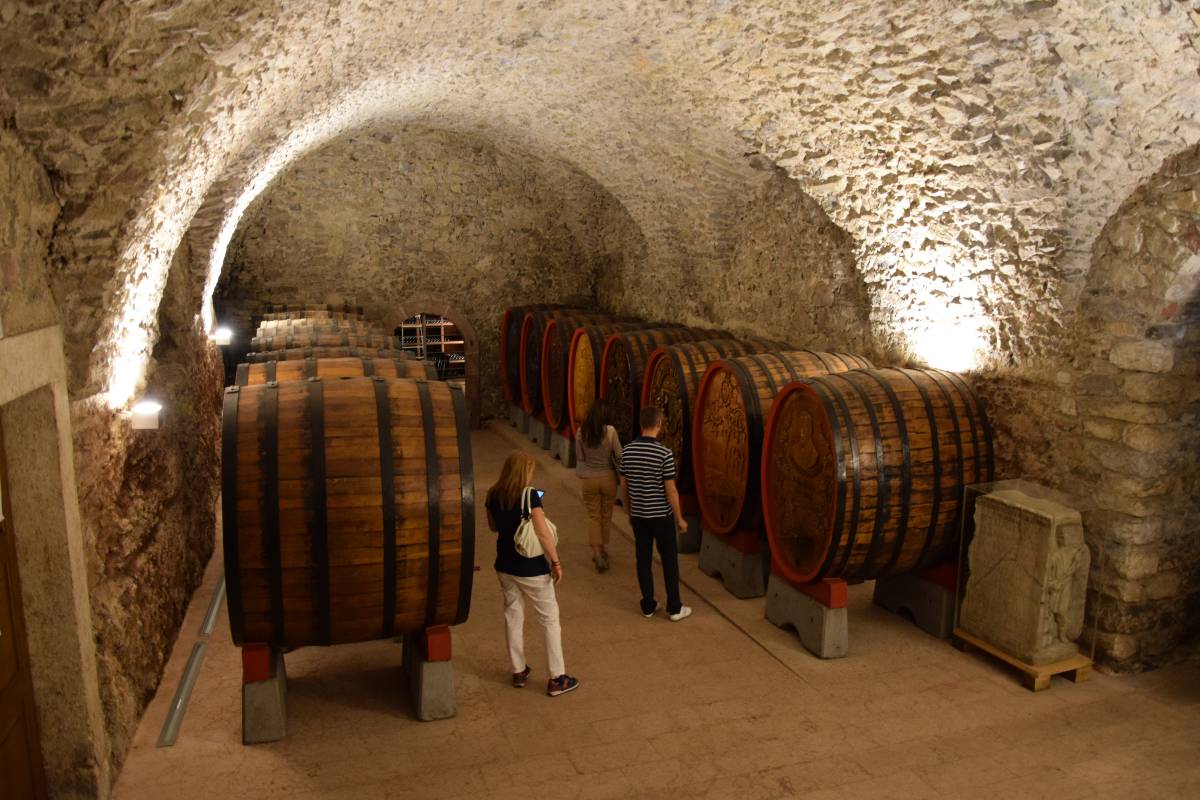 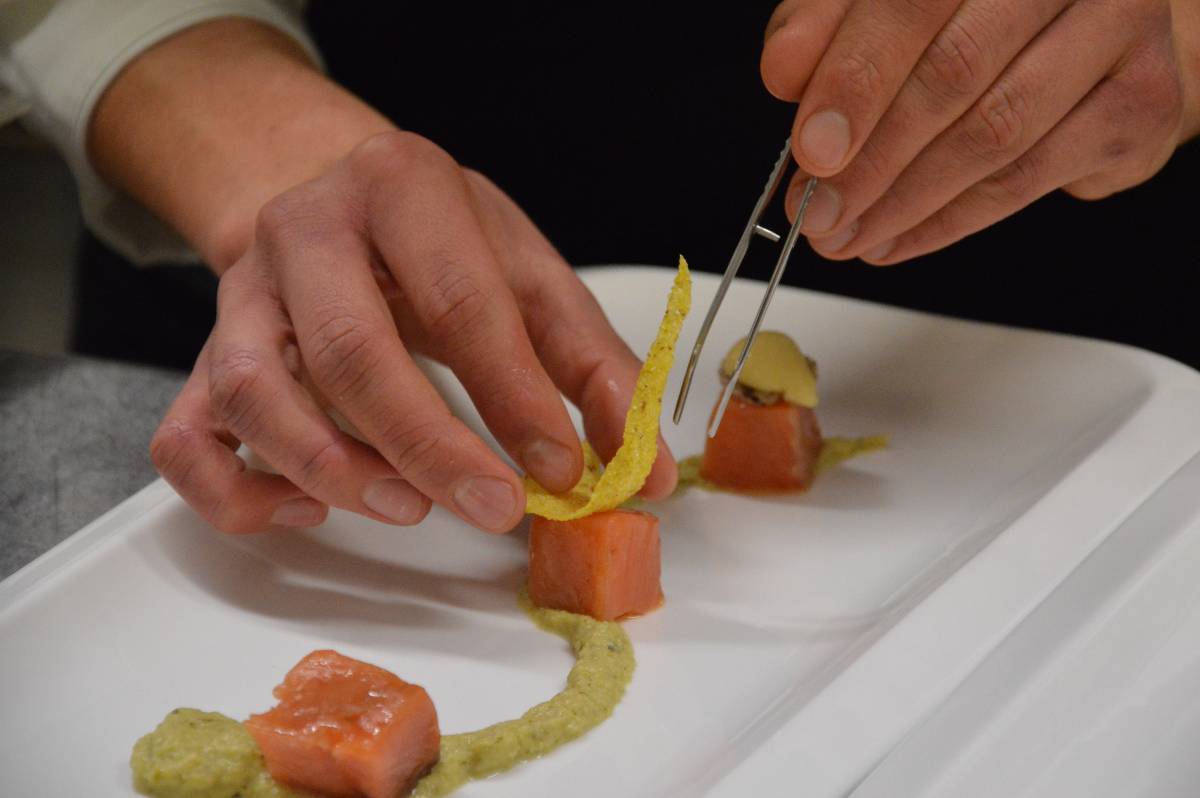 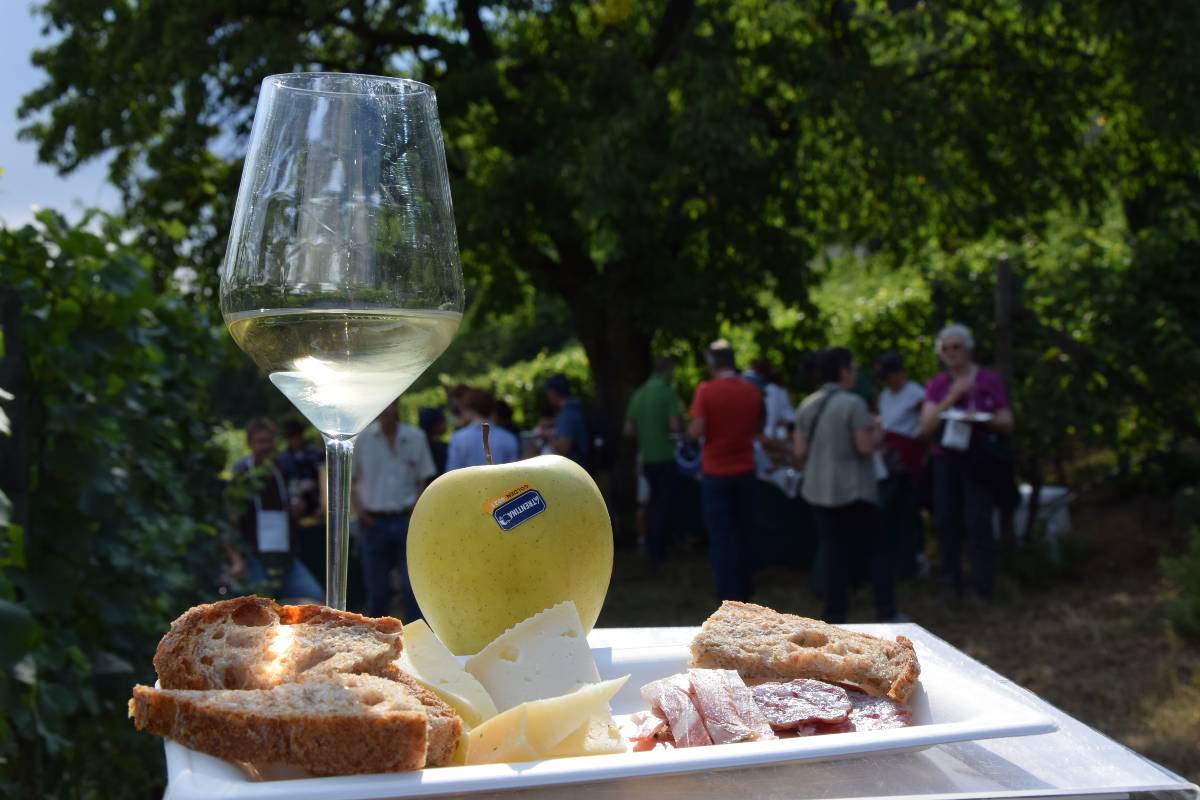 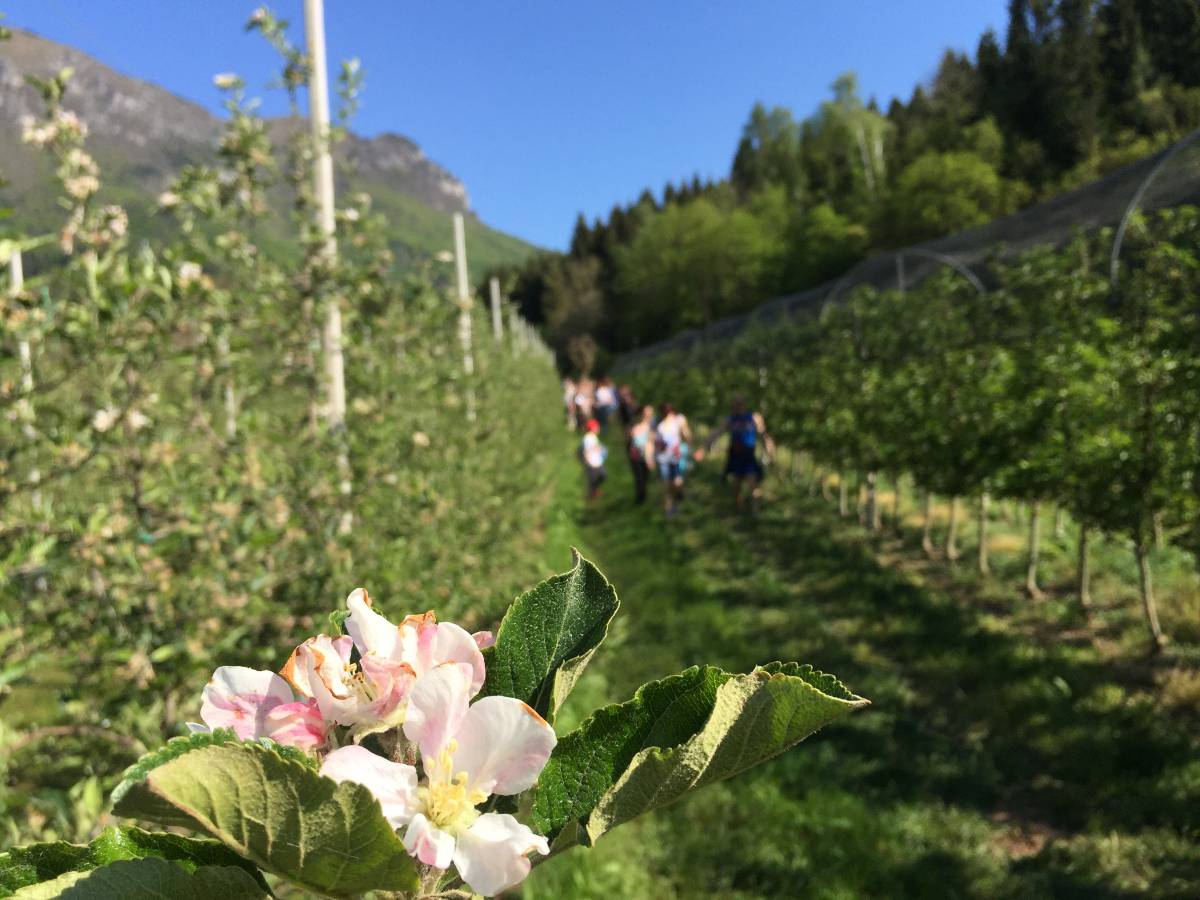 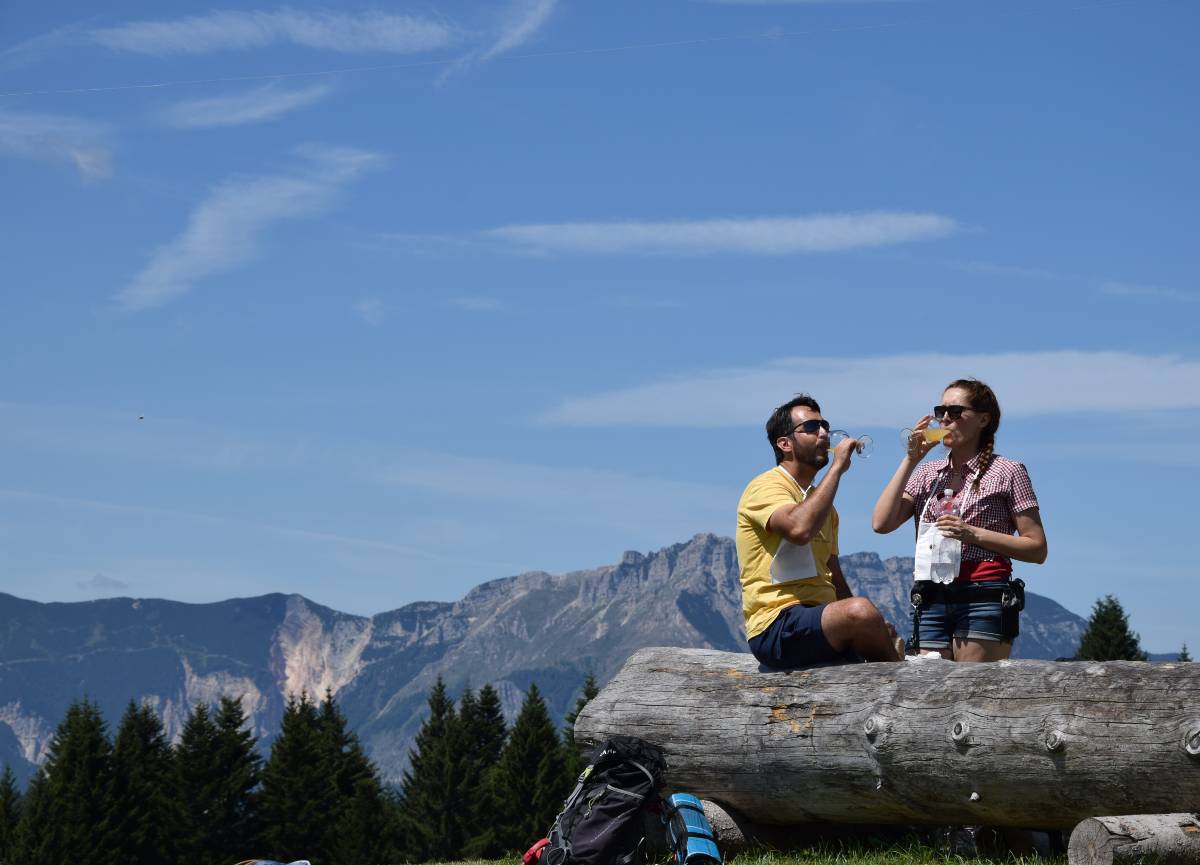 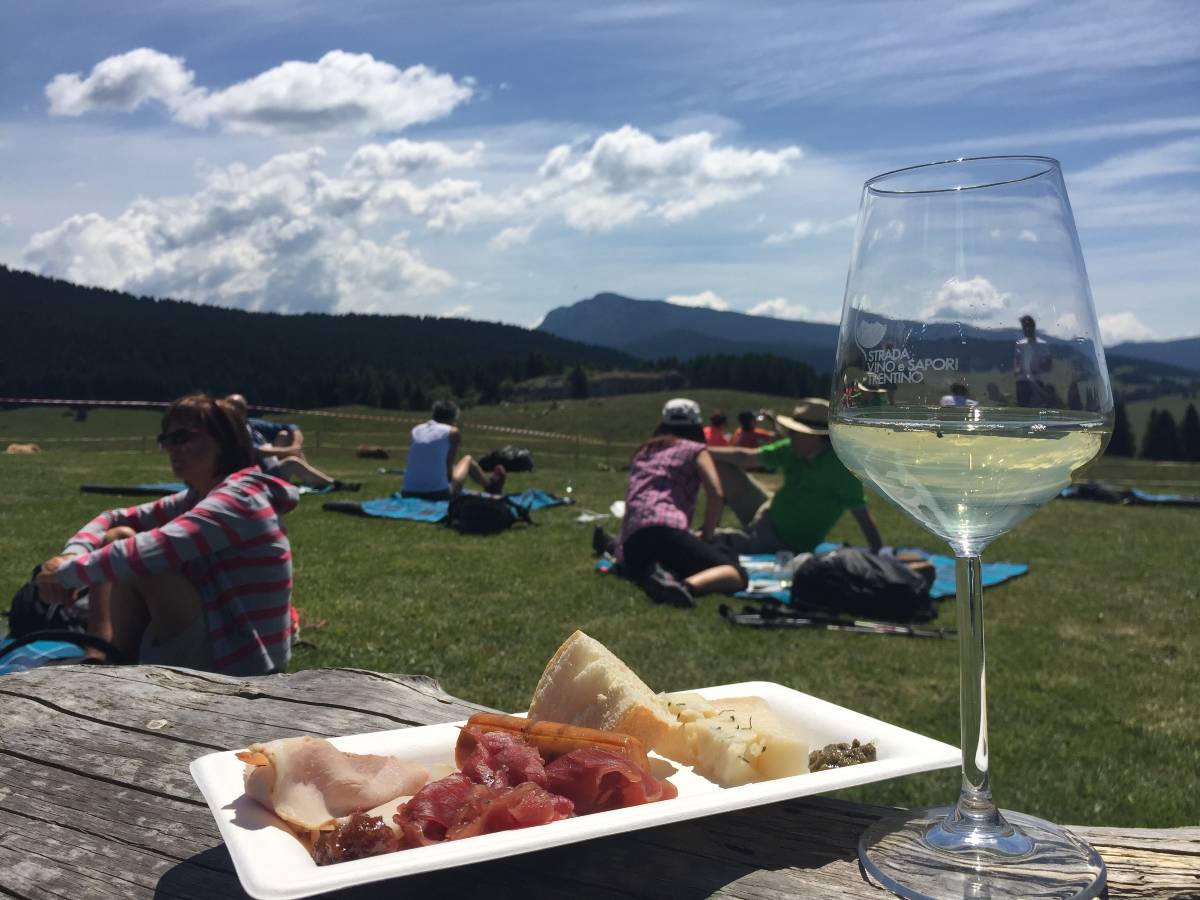 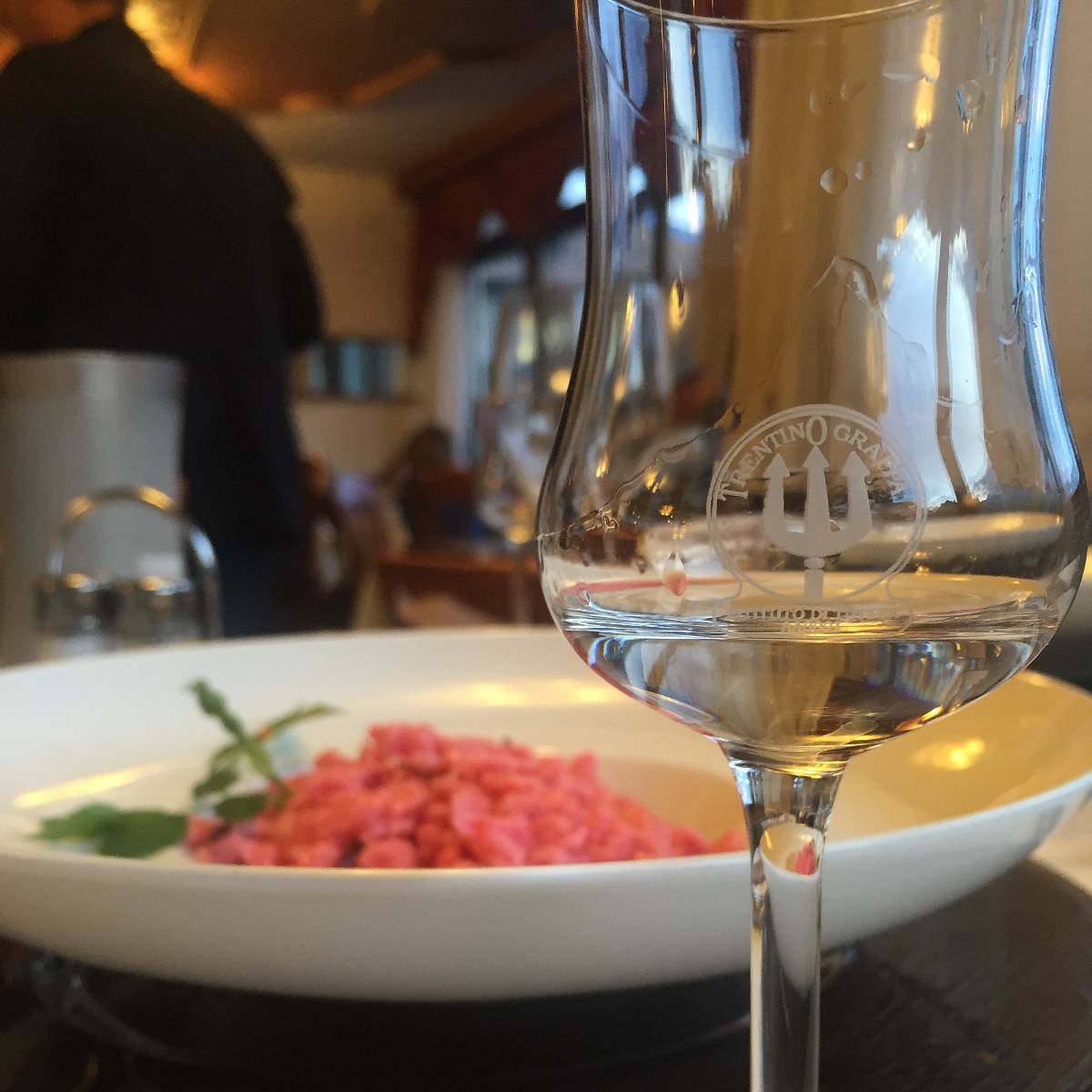 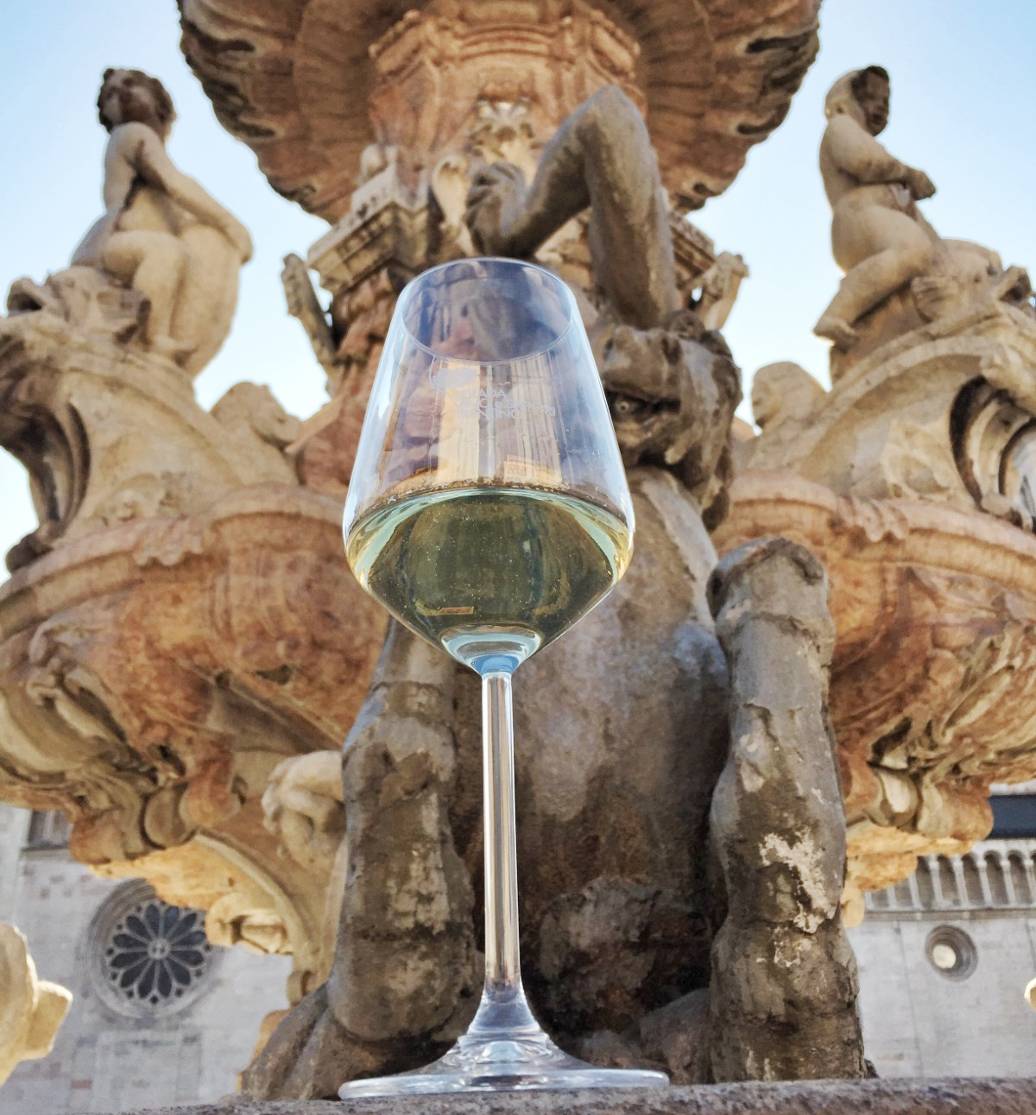 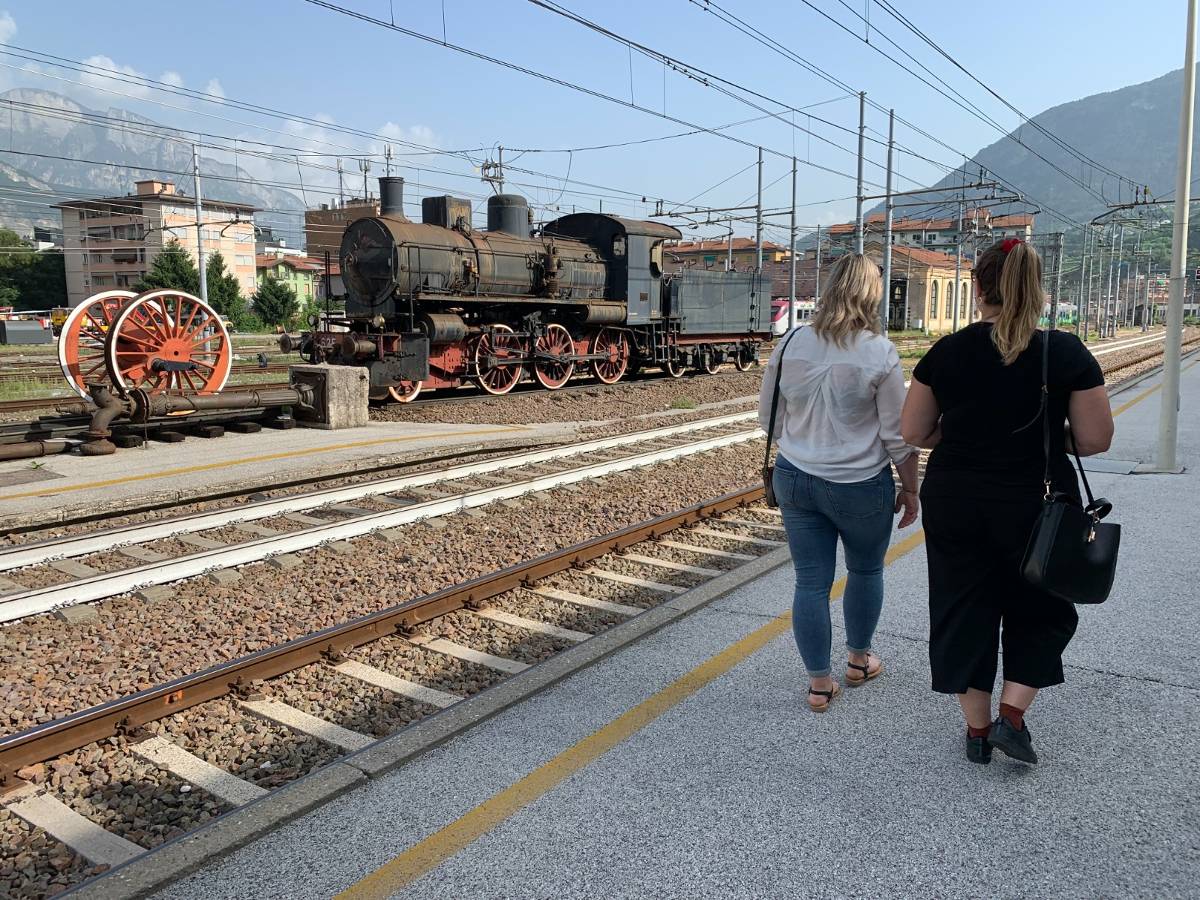 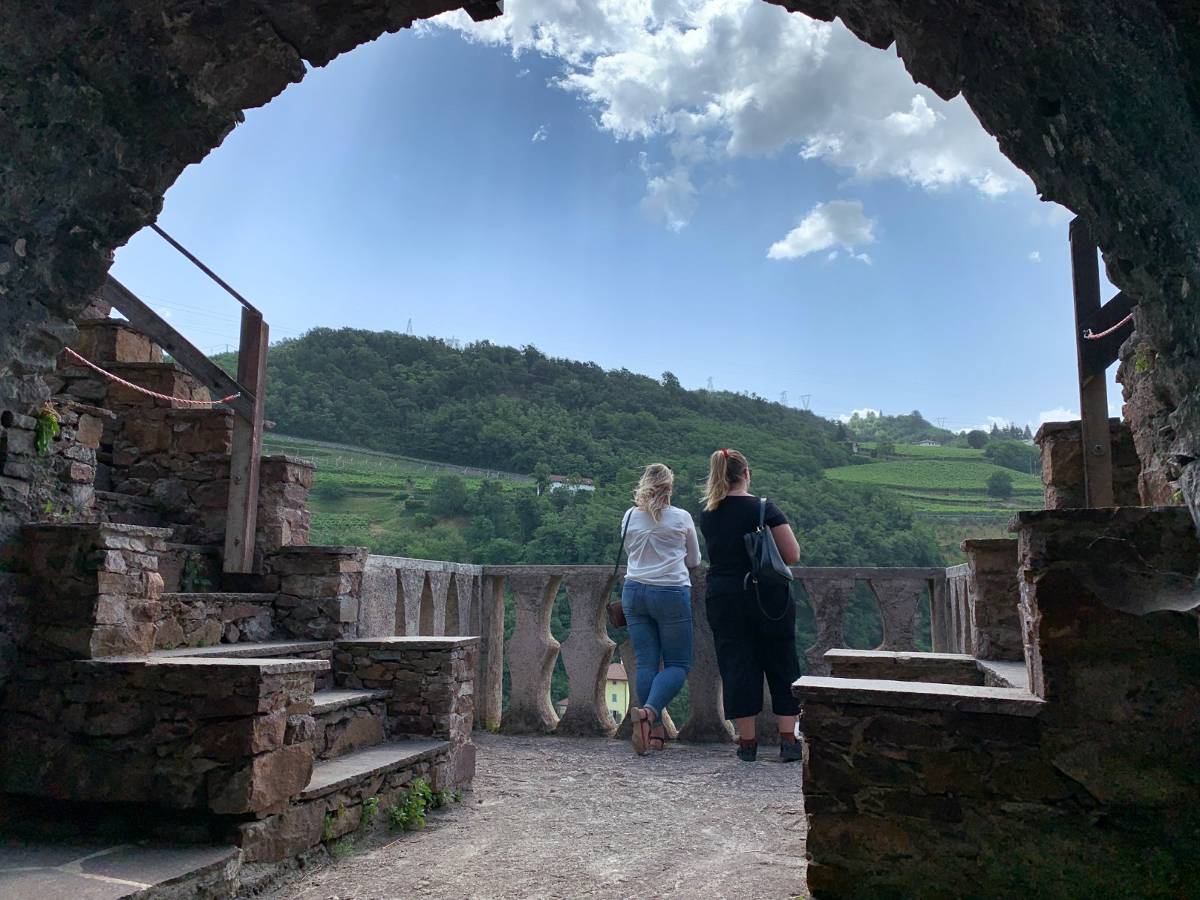 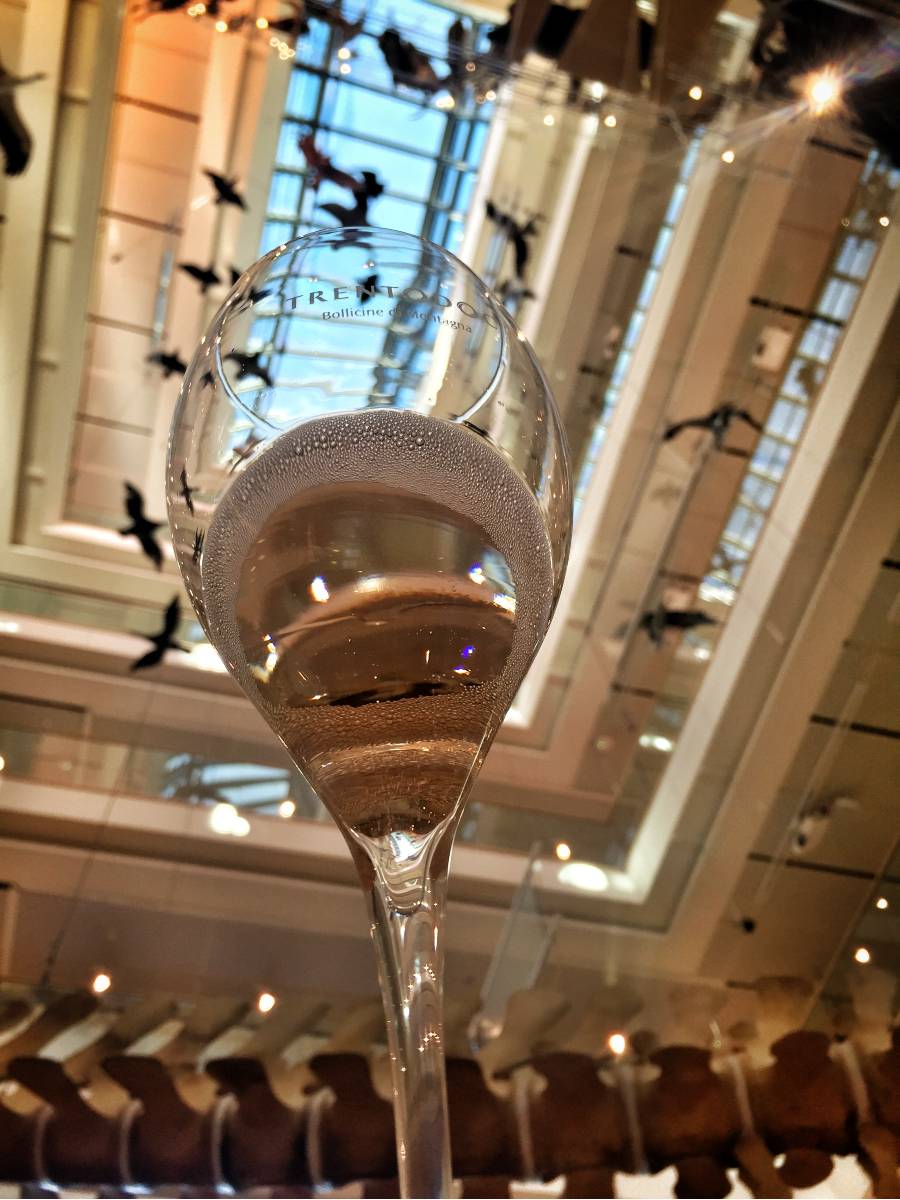 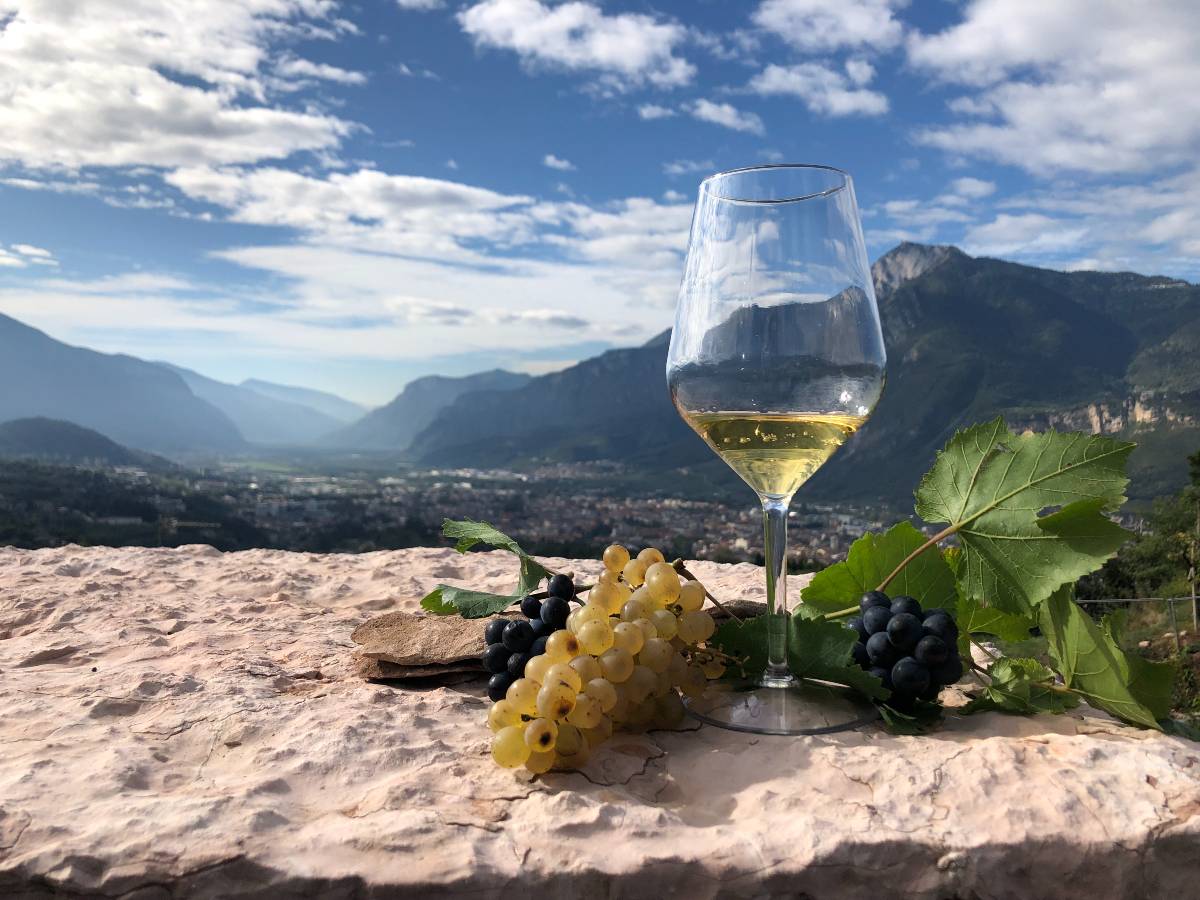 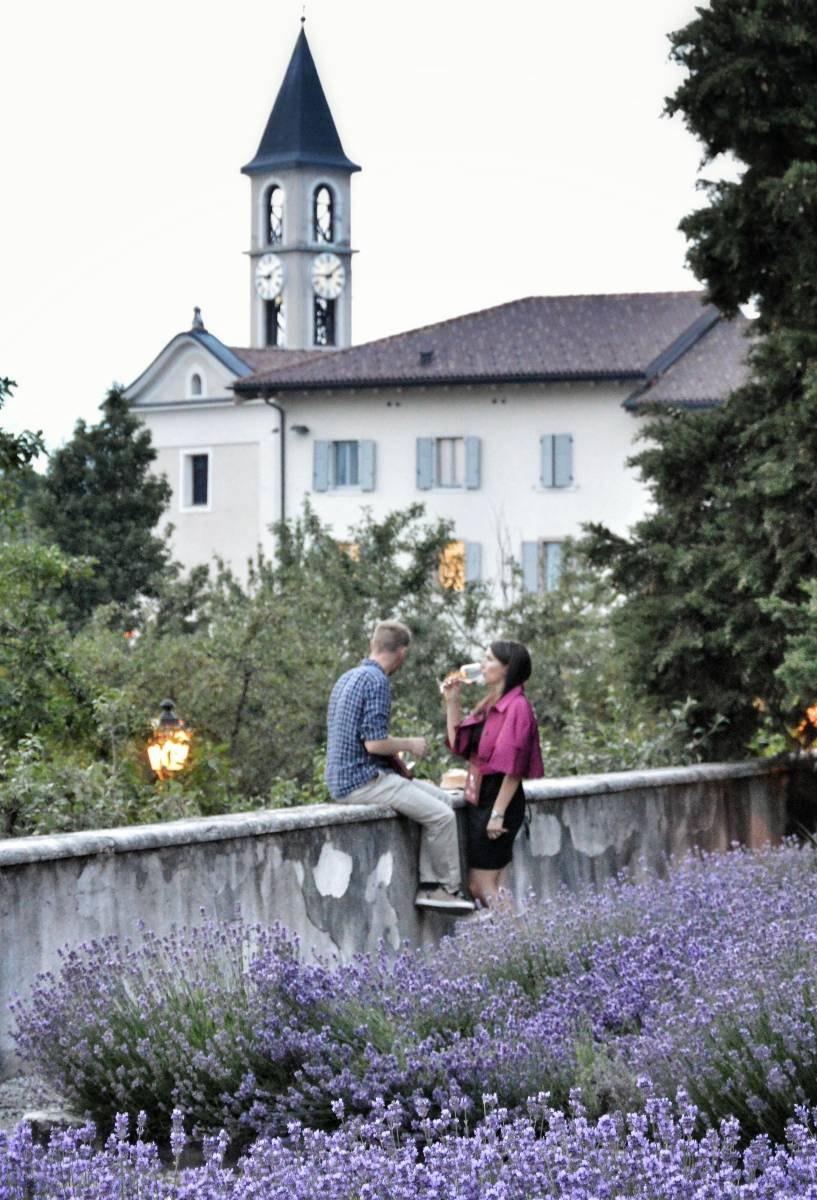 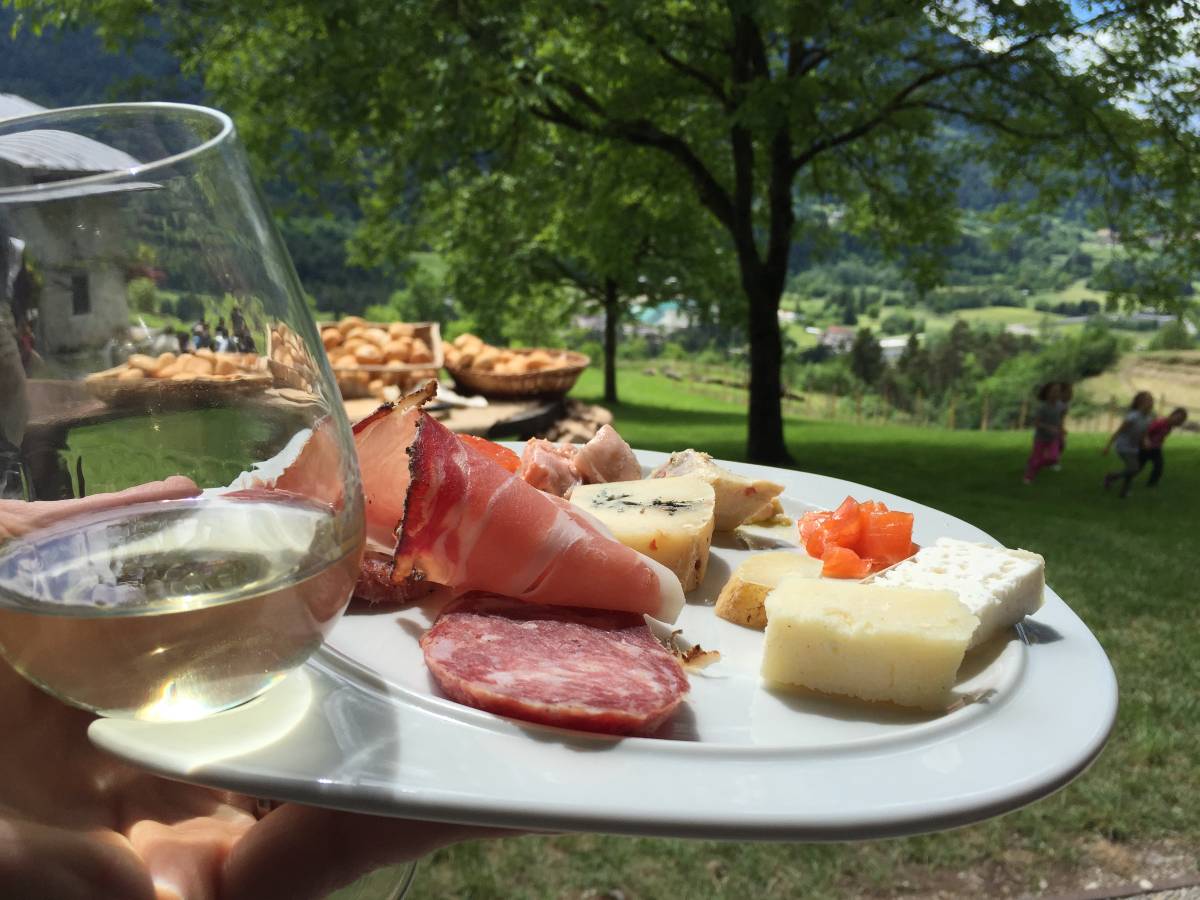 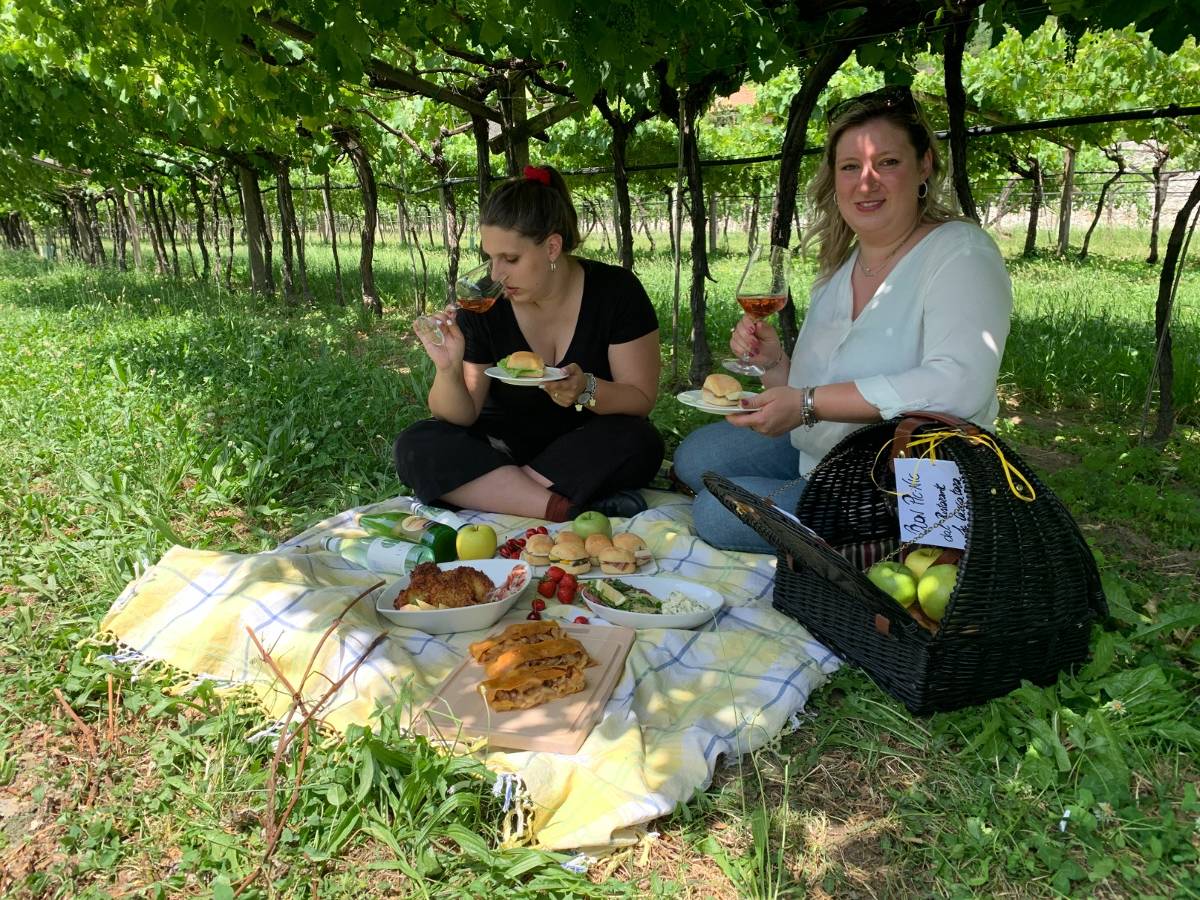 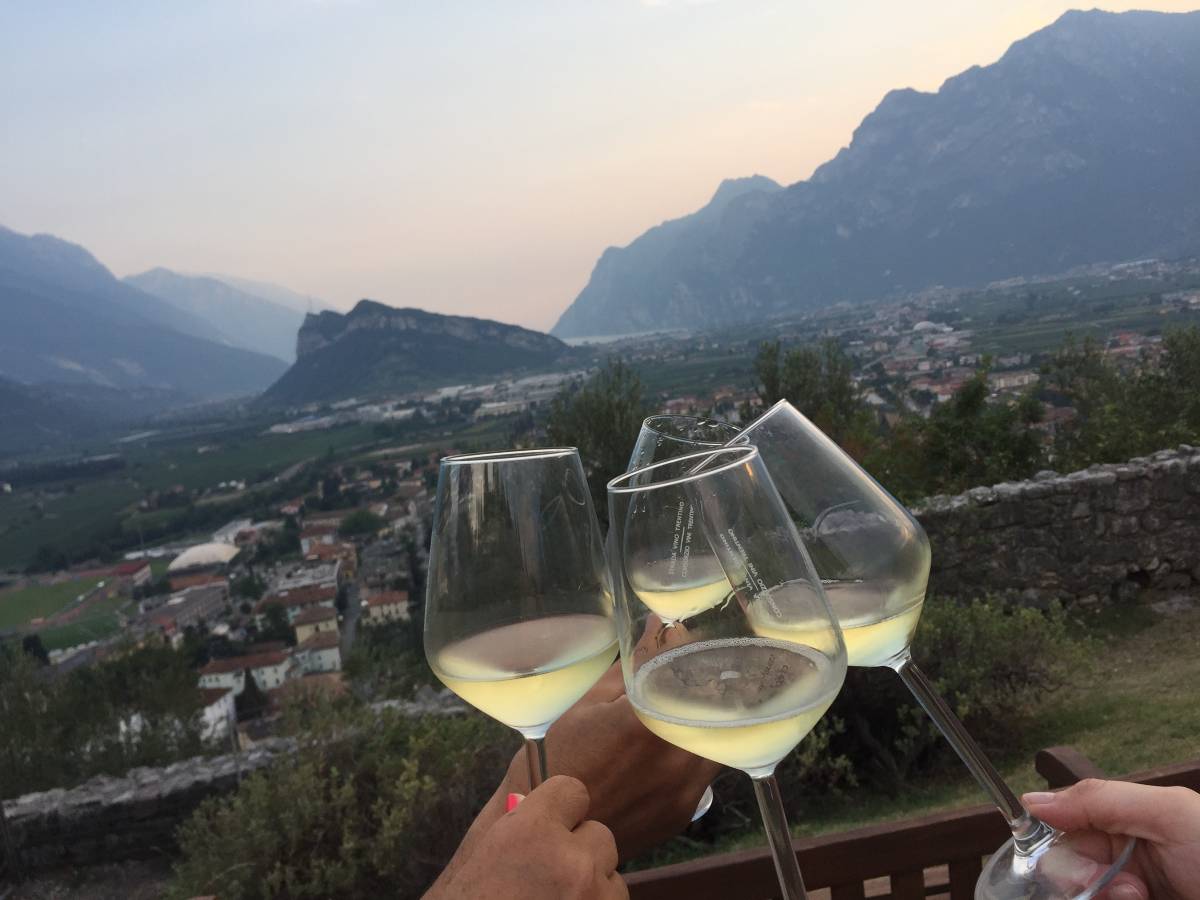 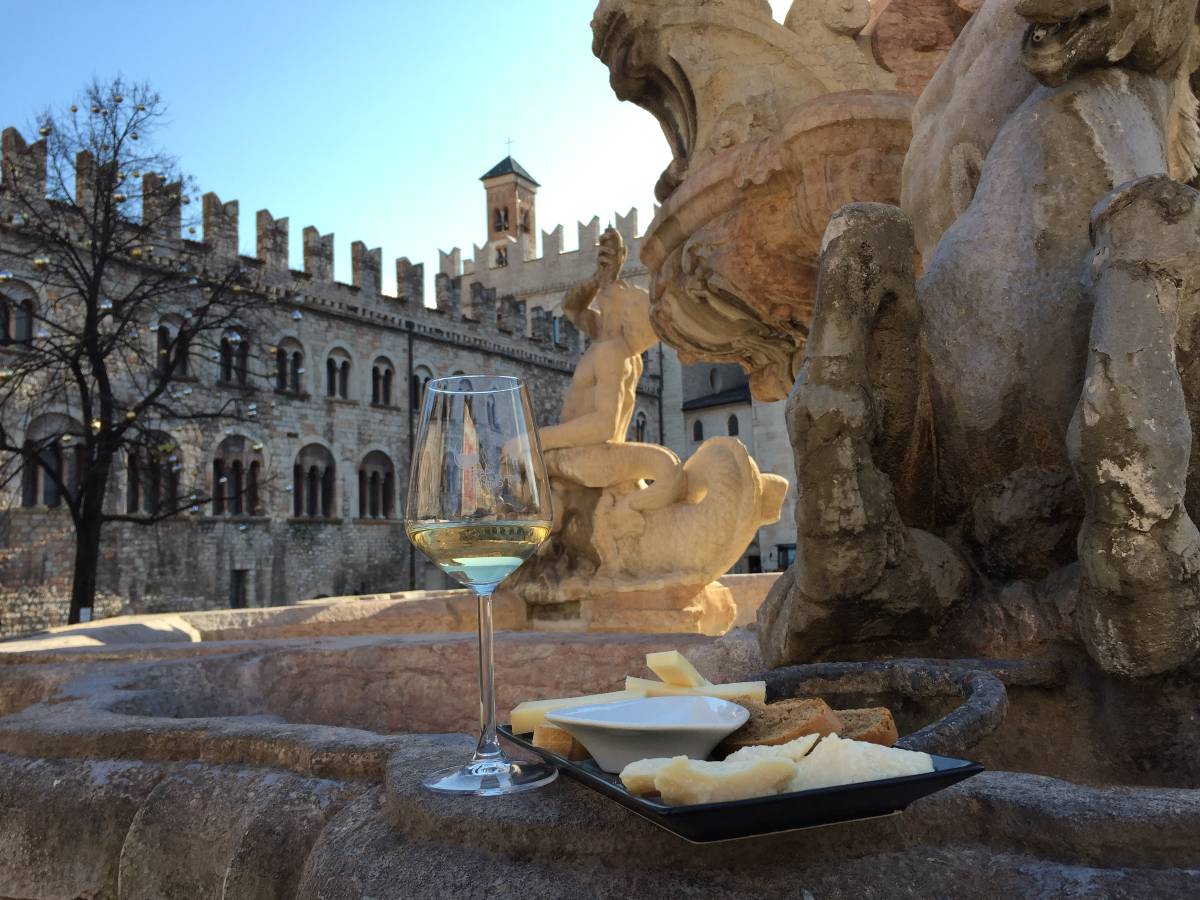 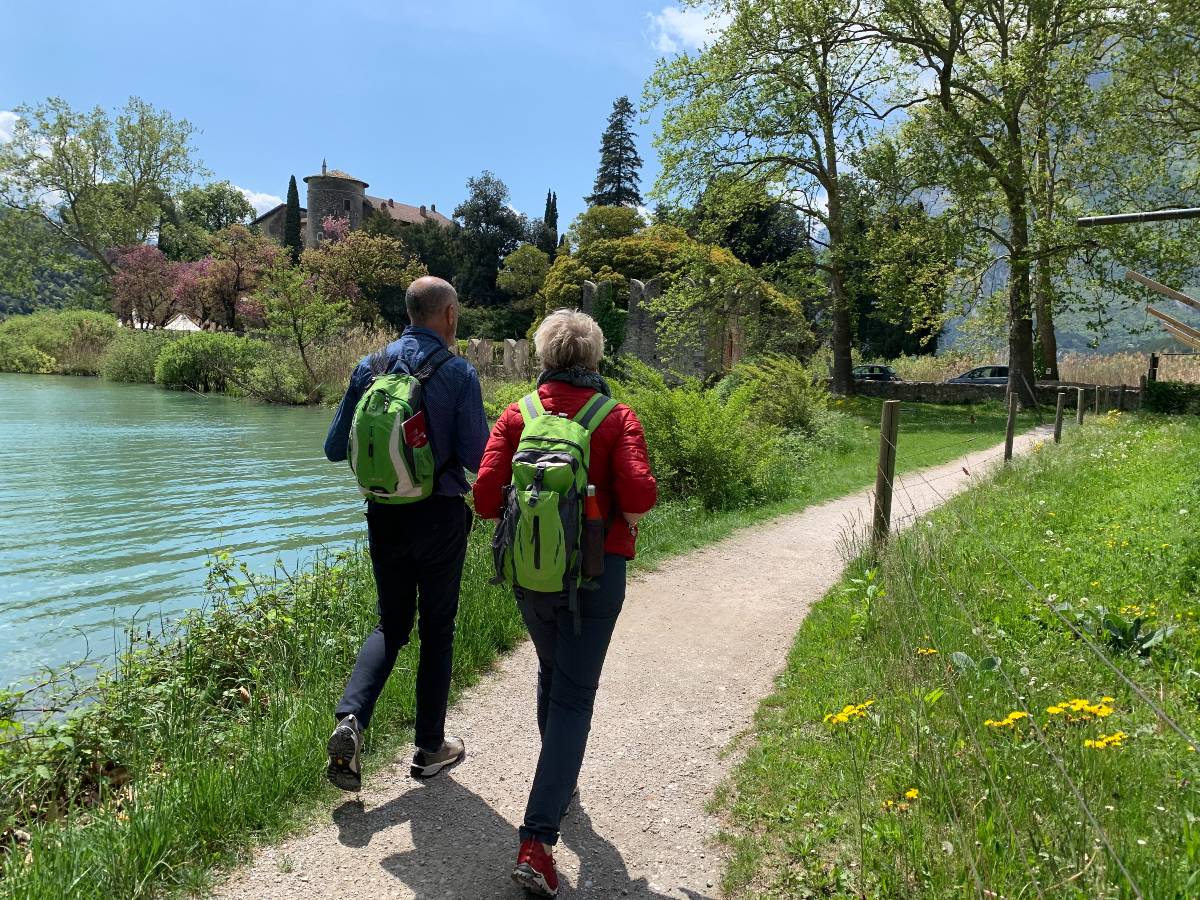 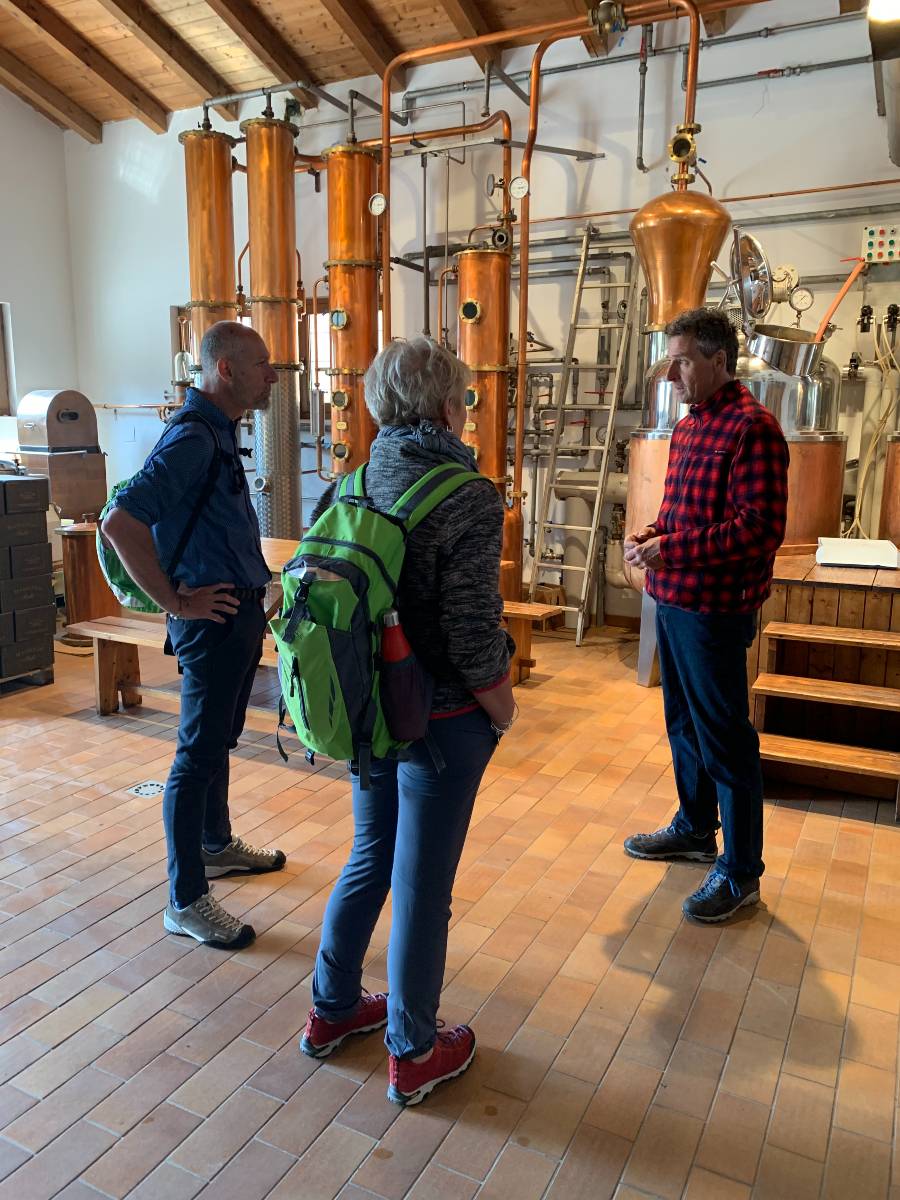 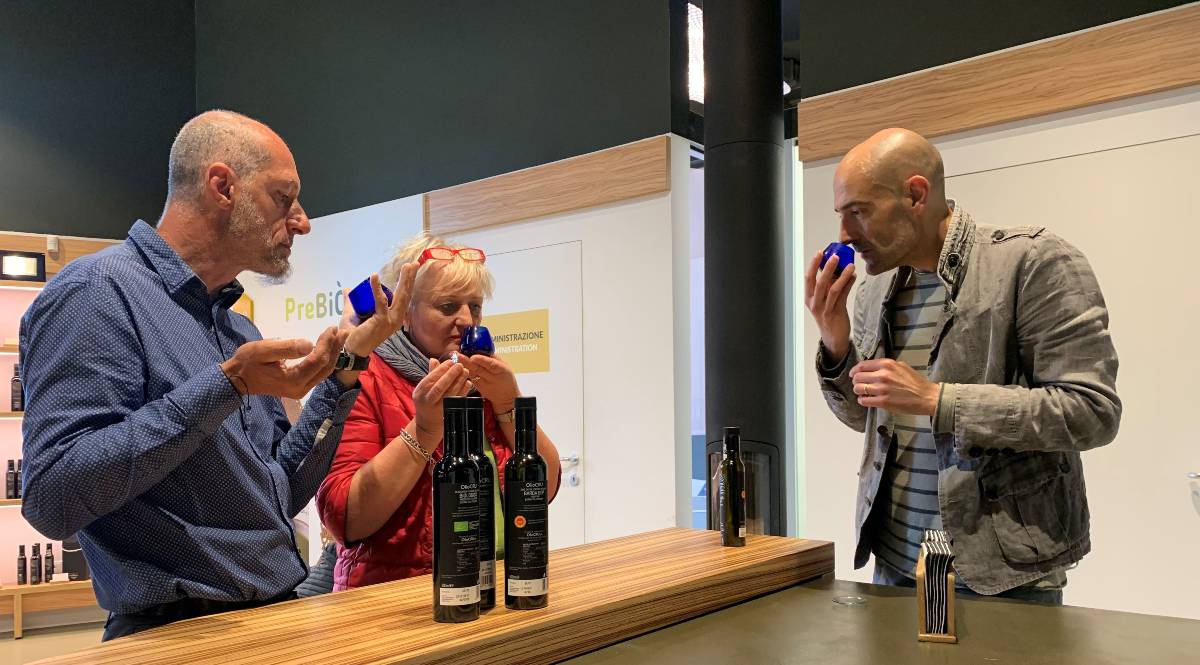 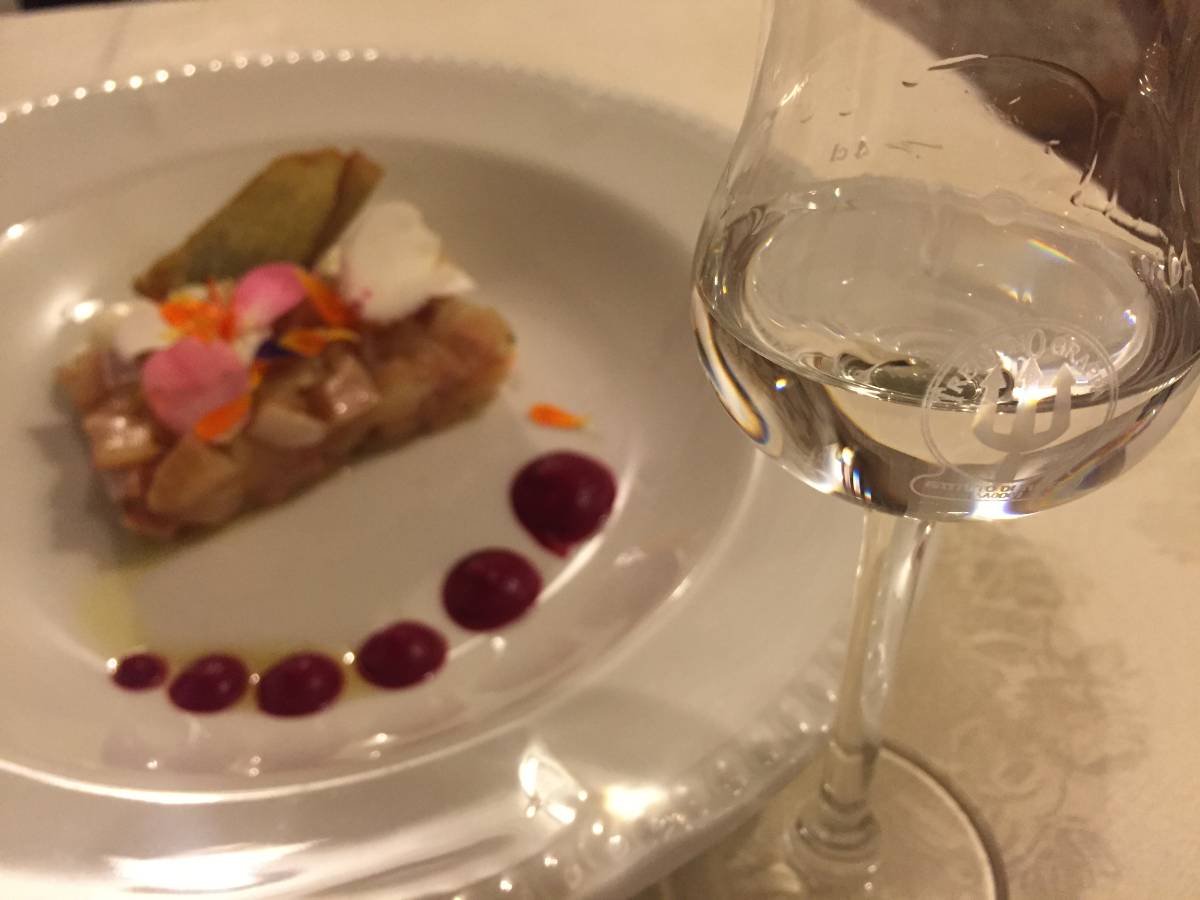 The enogastronomical patrimony of Italy is one of the main riches of the Belpaese and it is not by chance that in Italy there are many thematic itineraries dedicated to the flavors of the territory, set in spectacular natural scenarios. The Trentino Wine and Flavours Route is one of the most fascinating itineraries in Italy. Over 340 operators in the area collaborate to promote the place, without ever losing sight of those products that have contributed to making the Trentino Wine and Flavours Route an interesting and attractive route, told through vacation proposals, taste experiences, events and themed initiatives organized.

From wine to food the path is a must

The Trentino Wine and Flavours Route winds in different areas of the region of Trentino and it was established with the sole purpose of making people discover the typical products of the area, from the excellence of wine to cheeses, sausages and other products at 0 km produced in the territory.
Among the activities proposed, there are, for example, the Taste Experiences: proposals of half a day dedicated to the enogastronomical enchantments of Trentino. There are many ways to travel this road, through the Taste&Bike, Taste&Walk and Taste&Train experiences, that is on foot, by bike or with green and absolutely ecological means of locomotion. For each itinerary, each traveler has the possibility to stop autonomously at accommodations, wineries and restaurants, thus interspersing his or her journey with tasty food&wine stops at the associates of the Road.

Thanks to the wide choice of Taste Experiences, Trentino is the protagonist all year round and in every season. Many are the initiatives proposed, even learn something curious about the culture of these places or have fun with a nice break in an educational farm. It is possible to take part in creative workshops or cooking classes where you cannot help but have your hands in the dough. Many of these initiatives are born from the actors operating in the territory, they are the ones who open their doors and offer their knowledge.

But the world of Trentino Wine and Flavours Route can also be discovered thanks to the Taste Trips, vacation proposals of more than one day specifically studied according to the needs, tastes and interests of the guest, which are conceived during the whole year and bring the guest to discover the territory of Trentino and its enogastronomical charms. These proposals see the union of enogastronomy, history, nature and sports and are very appreciated by guests for their "craftsmanship", which makes them unique.

Many precious details are grouped in tourist packages in order to take home an indelible memory of this wonderful territory. The evocative landscape frames itineraries such as "Garda & Dolomiti taste" in six days, "Un sorso di Trentino" in five, "Vini, natura e cultura" and "Alambicchi e castelli" in three.

And so we are catapulted among the peaks of the Dolomites where we give in to the temptation of the extraordinary alpine cheeses, then we end up enveloped and inebriated by the five testimonial wines of the region. Among all of them, Trentodoc stands out, refined and majestic, the real pride of Trentino. In Valle dei Laghi stands out the extraordinary Vino Santo. The area is also known for the numerous companies that here, as in the whole province, distil the precious Trentino grappa. In the Piana Rotaliana is produced the autochthonous Teroldego Rotaliano, an intense red wine full of nuances, while the Val di Cembra is the land of the fragrant Müller Thurgau. Between Rovereto and Vallagarina stands out the Marzemino, a grape variety that gives its best here.

Events not to be missed along the way

Excellence is not only the result of an extraordinary environment, but also of the attention and love of the people who work in it, there are many initiatives that Trentino Wine and Flavours Route organizes during the year, such as Gemme di Gusto, a real hymn to spring where operators allow their guests to know the awakening of nature, or DiVin Ottobre, a rich calendar of events where all the members of Strada take part in every weekend of the month, as well as all the enogastronomical reviews dedicated to testimonial wines which take place from March to December in the whole territory of the association.

If you choose to travel the Road between November and December, you can also decide to take part in the event "Trentodoc: Bubbles on the city": it is a kermesse where more than 50 producers of Trentino sparkling wine produced according to the traditional method take part. It takes place in the sixteenth century Palazzo Roccabruna, with tastings, dinners and sparkling aperitifs.

At the beginning of December, in the picturesque village of Santa Massenzia takes place the long awaited event of "La notte degli Alambicchi accesi" (The night of lit stills), dedicated to Trentino's distillates produced according to traditional methods, such as Grappa di Nosiola. In addition to tastings, this festival gladdens tourists and enthusiasts with folklore and traveling theater performances offered by the group Koinè.

Road of Wine and Tastes of Trentino 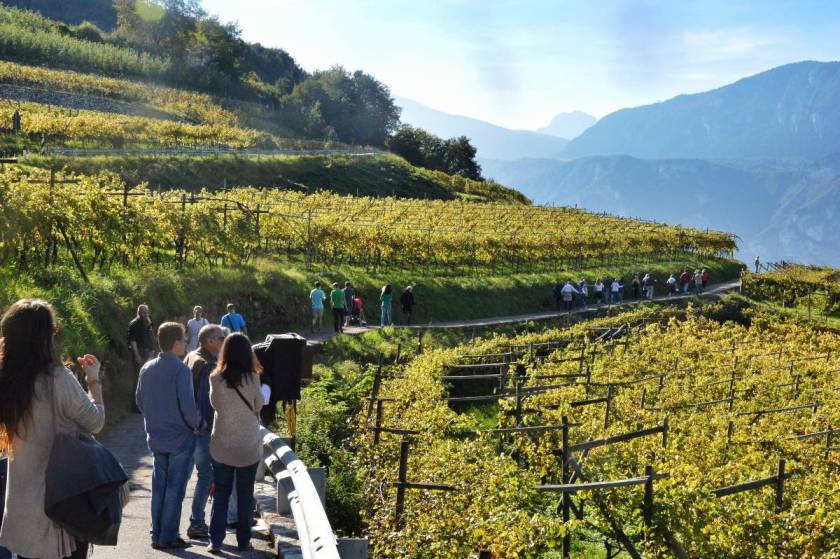 Ala
[Trento]
Ala, in Vallagarina, is famous for the production of silk velvets and for hav...
Baselga di Piné
[Trento]
A renowned summer and winter tourist resort in the Cembra Valley, Baselga di ...
Bondone
[Trento]
One of the most beautiful villages in Italy where time seems to have stopped....
Borgo Sacco
[Trento]
The history of Borgo Sacco, near Revereto, has always been linked to the Rive...
Caderzone Terme
[Trento]
Caderzone Terme is located in the Adamello-Brenta nature park and is among th...
Canale di Tenno
[Trento]
Canale di Tenno is one of the four villages that make up Ville del Monte, the...
Capriana
[Trento]
Capriana is the smaller and decentralized village of the whole Fiemme Valley,...
Cembra
[Trento]
Cembra is a well-known center of Trentino, important both for its entrepreneu...
Civezzano
[Trento]
Located on the slopes of Mount Calisio, also known as Argentario, Civezzano i...
Fornace
[Trento]
Situated between the Piné Plateau and the Cembra Valley, the town boasts a ve...
Grauno
[Trento]
A village in the Cembra Valley, Grauno is very popular with hikers and others...
Luserna
[Trento]
Luserna is one of the main cities of the Alpe Cimbra, rich in history and tra...
Miola di Piné
[Trento]
A hamlet of Baselga di Pinè, in the province of Trento, it is one of the most...
Piazzo di Segonzano
[Trento]
A hamlet of the municipality of Segonzano, Piazzo is a beautiful village surr...
Pieve di Ledro
[Trento]
The village of Pieve di Ledro is located in Trentino Alto Adige on the shores...
Rango
[Trento]
At the foot of Mount Sèra, the village of Rango, in Trentino Alto Adige, is a...
San Lorenzo in Banale
[Trento]
It is considered the gateway to the Adamello Brenta Natural Park, the perfect...