Share
Lavello is one of the municipalities in the splendid area of Vulture and it is home to several places of historical and artistic interest which testify to its ancient origins. In this splendid village takes place one of the most interesting Carnivals of the Lucanian tradition, "the Domino", whose typical mask of the same name wears an original red tunic and wanders the streets of the town and among the "festivals", places set up for the occasion when dancing until the morning.

A look at Lavello 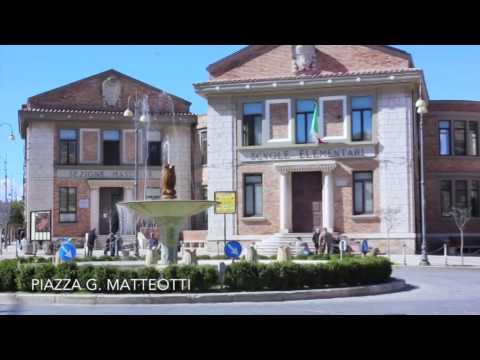 Lavello (Lavìdde in Potentino dialect) has very ancient origins, as is witnessed by the discovery of some remains of a village from the Iron Age. It originates from the dauno-roman agglomerate Forentum. The toponym derives from the latin term labellum, used to indicate the livestock drinking trough. The village rises, in fact, halfway between the planes of Puglia and the green pastures of the Vulture, along the tracks of the transhumance which connect the inner zones of the Tavoliere. The location plays a key role in the development of the country. Its importance is already attested of the Lombards and here was killed, in 839, Riccardo, duke of Benevento.

In the territory of the Vulture appears, following the Altavilla family, the Norman knight Attolino, Lord of the village. To the Normans, followed the domain of the Swabians, who built their fortress. In 1254, to sink died Emperor Corrado IV son of Frederick II. Faithful to Manfredi, sink actively participated in the revolt ghibellina 1268. The village, in 1298, as retaliation suffered a serious fire caused by Charles I of Anjou, that destroyed a large part of the village. This event is also remembered by the municipal coat of arms, in which is shown a two floor tower invaded by the flames.

The fertility of the territory allows the production of cereals, grapes, olives, vegetables and beet. There are olivicultori, oil mills, Molini, beet processing, wine plants (Aglianico wine and sparkling wine of Vulture). The herds of cattle and sheep with production of milk, meat and wool; famous is the buffalo milk mozzarella lucana. There are also shops of ceramic wood processing.

The Domino of Lavello is one of the carnivals of the Lucan tradition, involving masked groups and protagonist sees the Domino, dressed with cap, tunic and cloak red color, equipped with a bag to invite to dance the damsel of turn. According to tradition, his motions well enclose the spirit goliardico saturdays carnascialeschi, when the community is found between songs and dances in the so-called "festini". The mask symbolizes romance and gallantry. During the carnival, disguise himself from Domino cancel the social class, citizens are all equal.

Jewish Catacombs
The catacombs are located on the hill of Maddalena near Venosa, in Basilicata.

Piazza Municipio, 1, Venosa (Potenza)
9.30 Kilometers from Lavello
House of Quinto Orazio Flacco
The so-called Orazio's House is situated in the village of Venosa, in Basilicata.

Via F. Frusci, 40, Venosa (Potenza)
9.32 Kilometers from Lavello
Aragonese castle
the Aragonese castle of Venosa, in Basilicata, is located at the southern end of the village.

Piazza Umberto I, 21, Venosa (Potenza)
9.61 Kilometers from Lavello
St. Andrew's Cathedral
The Renaissance Cathedral of St Andrew the Apostle is located in Venosa, in Basilicata.

Strada Provinciale 18 Ofantina, 13, Venosa (Potenza)
8.96 Kilometers from Lavello
Church and Convent of San Francesco
The Church of San Francesco rises behind the western side of the homonymous convent in the villag...

Via Vittorio Emanuele, 24, Pietrapertosa (Potenza)
62.64 Kilometers from Lavello
House of Quinto Orazio Flacco
The so-called Orazio's House is situated in the village of Venosa, in Basilicata.

Vico del Carmine, 7 - 85050, Brienza (Potenza)
64.29 Kilometers from Lavello
Bontà dei Borghi Lucani
In this shop you can find the food and wine quality typical of the area.