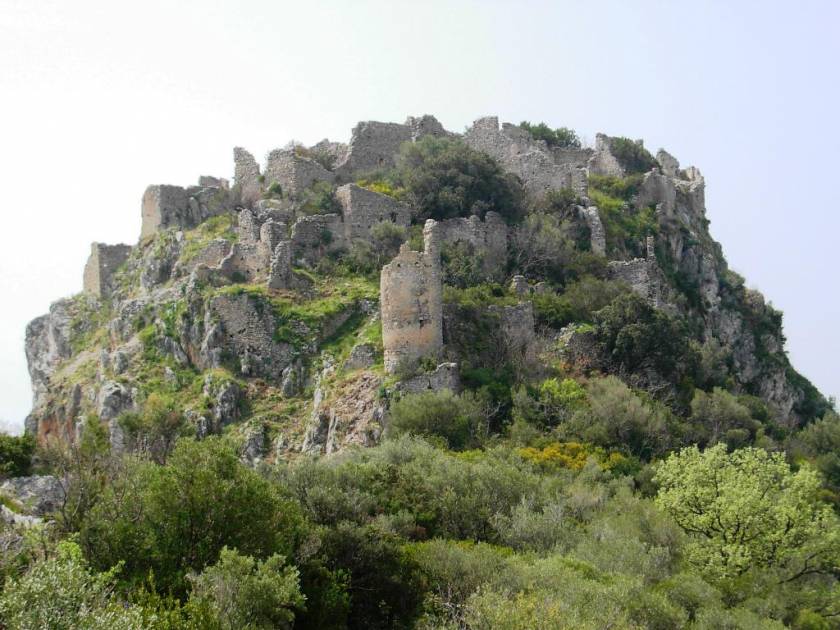 The Castle of Castrocucco is located in the homonymous hamlet of Maratea, located on the top of Monte San Biagio. In 2005 it was subjected to protection by the Ministry of Cultural Heritage and Activities, and the entire surrounding area was identified as a Site of Community Interest.
In the same year he was reinserted in the list of Italian national monuments, from where he was eliminated it is not known when or why.
There is very little information about its origin, it was probably built in the 9th century, as the name of the castle is already present in a bull of Alfano I, bishop of Salerno, dated 1079. Other local historians want it to be older, tracing its construction back to the defense of Blanda Julia.
The castle of Castrocucco was abandoned in the seventeenth century, and therefore has a very poor state of preservation. However, some elements are still clearly distinguishable, such as the access door, some bastions at the corners of the structure and sections of the walled area. Its construction was for the defense of the Saracen raids that came from the sea, so its position is perched, ready to respond to the needs of defense of the inhabitants, on one of the best areas of control that responded to the need to defend the agglomerations behind , and therefore of the same Maratea.

Via Mordini, 1 - 85048, Rotonda (Potenza)
23.57 Kilometers from
B&B Il Sasso
A very convenient structure for any destination, without having to use the car, a stone's throw f...

Via San Nicola, 9, Sasso di Castalda (Potenza)
4772.87 Kilometers from
B&B Petra Castalda
A lovely B & B in the heart of the historic center of Sasso di Castalda, whose location allows yo...

Via Roma, 46, Sasso di Castalda (Potenza)
4772.93 Kilometers from
Katoqi - Tourist house
For a stay in the historic centre of São Paulo Albanian, Katoqui - Tourist House is ideal. A part...

Via Caprera, 6 - 85030, San Paolo Albanese (Potenza)
4749.66 Kilometers from
Casa del Mago
Located in the center of the medieval village of Castelmezzano, the Casa del Mago is an ancient a...

Via Carrara, 26 - 85050 , Sasso di Castalda (Potenza)
4772.58 Kilometers from
Time Bridge Pub
A place with a warm atmosphere and a destination not to be missed during a stop in the village of...

Via Coronei, 1 - 85030, San Paolo Albanese (Potenza)
4749.28 Kilometers from
Bridge to the Moon
The Ponte alla Luna bridge in Sasso di Castalda is a spectacular Tibetan bridge with the longest ...