What to see in Acerenza, Potenza, Basilicata 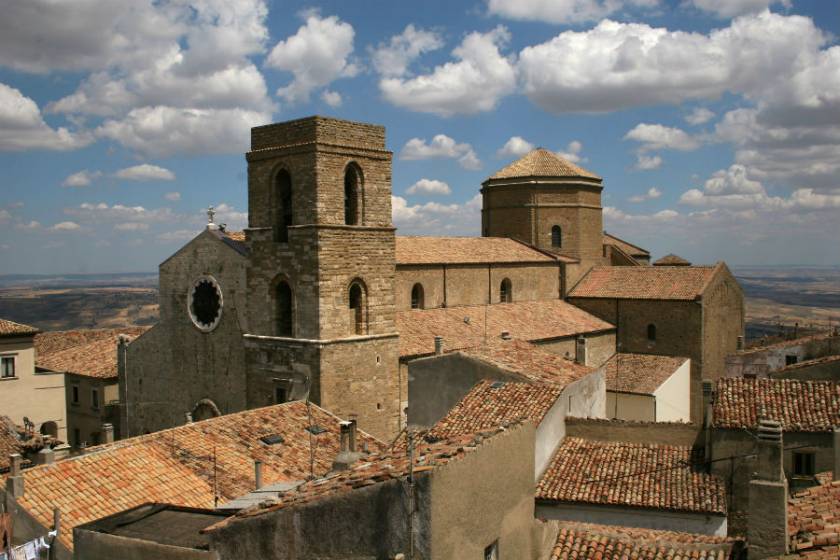 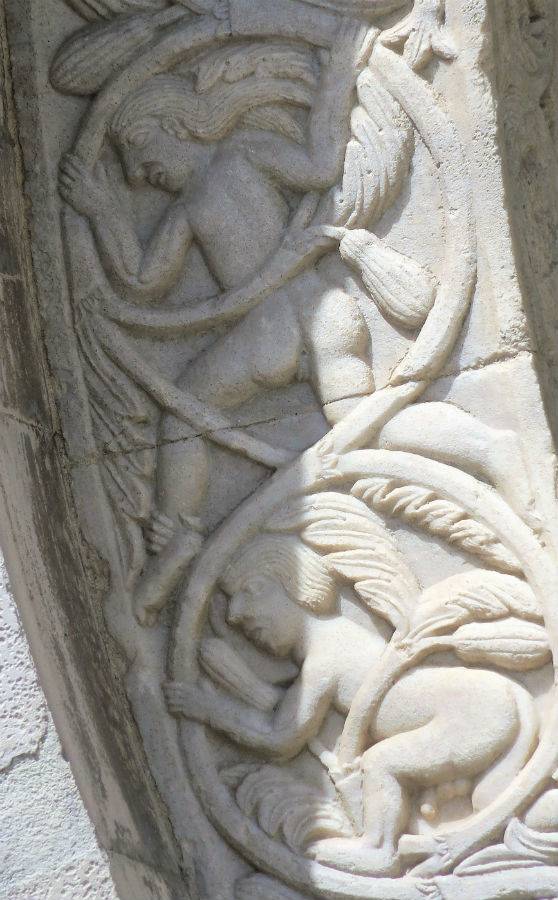 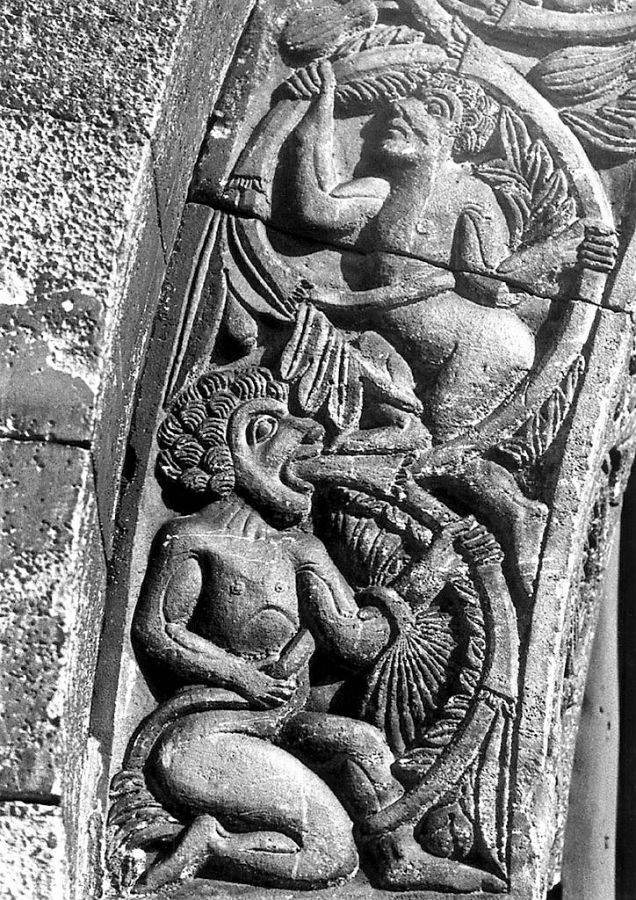 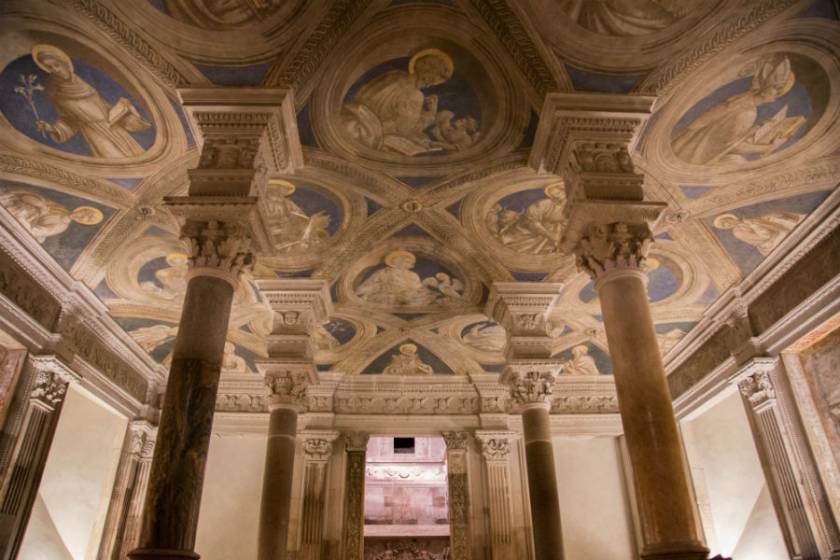 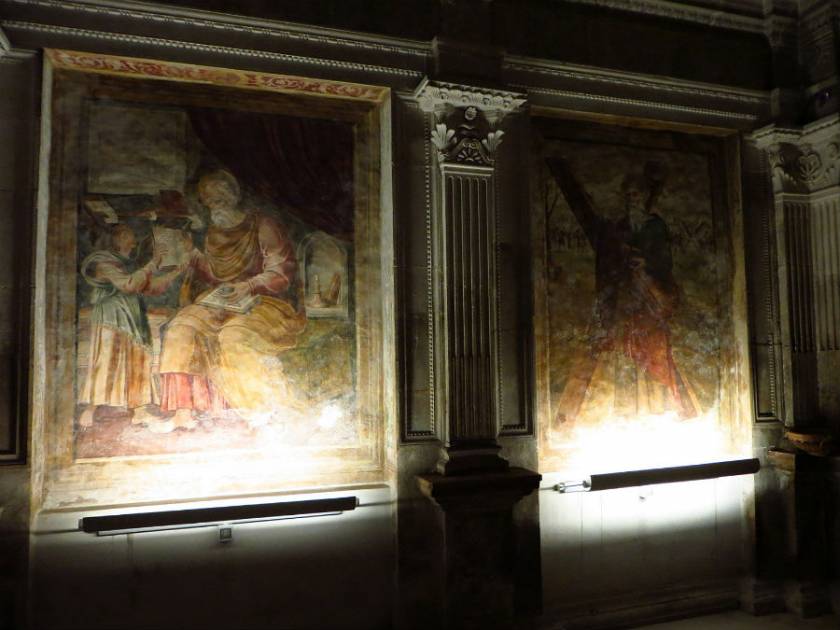 The current cathedral is built between the XI and XIII century on the remains of a previous paleochristian church, which in turn was erected on what remained of an ancient temple of the roman dedicated to Ercole Acheruntino. The construction works begin thanks to the generosity of Roberto il Guiscardo in 1059 with the bishop to enjoy, the first to have the title of archbishop, but continue and terminate with his successor, Arnaldo, that, thanks to French workers, made available by the Normans themselves, last opera.

In 1281 the church is partially rebuilt in Romanesque forms - Gothic architecture with a peribolo three apses divergent as in other churches of southern and central Italy and a facade with three portals. In 1456 the Romanesque cathedral suffer serious damage due to an earthquake; moreover, due to a long series of Archbishops not residential, the building falls into a state of disrepair.

Only in 1524, for wanting of auditors Ferrillo of Acerenza, begins the complete restoration of the Church. The facade is covered with a wall to small drafts are added two bell towers with a square plan, one in correspondence of the portal of the right and the other in correspondence of the portal on the left that, however, is lost. In the same year they riconsacra the crypt. In 1555 the master Peter of Muro Lucano rimaneggia in renaissance style campanile right. After the earthquake of 1921 is replaced the dome of the bell tower with a terrace while in 1934 is reconstructed the dome of the cathedral because the earthquake of 1930 has seriously damaged the cylindrical dome original.

The prospectus of the cathedral has a central part and two sloping sides; the one on the right is broken by the bell tower, which makes it an asymmetrical its setting. The bell tower is on four levels: in the second a window with renaissance decorations; can be glimpsed in addition a window and a recessed space for an inscription dedicated to the Emperor Flavius Claudius Julianus, between the material used for the construction of the bell tower there are also fragments of Roman sarcophagi with faces of the deceased and the remains of a Funerary ara. The tower has five bells of which the largest (1854) by Girolamo Olita.

Between the portal and the rose window redone in 1928 in the place where he had placed the one of 1601, erected by Lelio power, is placed the coat of arms of the family Ferrillo, who restored the church in the sixteenth century and a bas-relief depicting the mythical animal said Basilisk, which was part of the ancient city emblem. On the summit of the facade a marble cross of recent invoice that has replaced the marble bust of the Emperor Flavius Claudius Julianus, considered San Canio of Atella, patron of the diocese, today preserved in the museum of the cathedral.

Under the presbytery is the crypt, or Ferrillo chapel, consecrated in 1524, important testimony of the Renaissance, rebuilt on the model of the most famous Chapel Succorpo of San Gennaro in the Duomo of Naples, Tommaso Malvito Como. The crypt consists of one square space in which four central columns with high pulvinar decorated undergird the cross vault lowered to nine bays.

In front of the entrance there is a small altar surmounted by a niche that contains the tomb of Ferrillo family attributed to Francesco da Milano, with portraits of Giacomo Ferrillo Alfonso and Maria Balsa. The walls are covered in low of frescoes, recently restored, John Todisco from Abriola, representing S. Andrea, S. Jerome, the Adoration of the Magi and finally the Woman of the Apocalypse and up have grooved pilasters. In once more frescoes by Giovanni Todisco with the Apostles, the four Evangelists and round in San Francesco, Sant'Antonio, St Bonaventure and St Dominic down and up. To the left of the entrance is placed a holy water stoup that contains a relief with four fish. 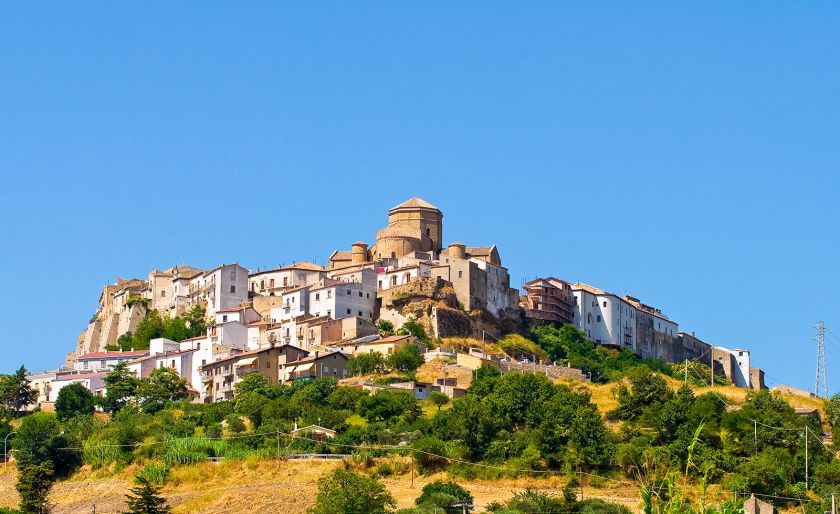 Via Casale 15 - 85050, Sasso di Castalda (Potenza)
40.78 Kilometers from Cathedral of Acerenza
B&B Petra Castalda
A lovely B & B in the heart of the historic center of Sasso di Castalda, whose location allows yo...

Via Roma, 46, Sasso di Castalda (Potenza)
40.85 Kilometers from Cathedral of Acerenza
B&B Il Sasso
A very convenient structure for any destination, without having to use the car, a stone's throw f...

Via San Nicola, 9, Sasso di Castalda (Potenza)
40.95 Kilometers from Cathedral of Acerenza
CasArancio
A vacation home near the Museum of Arbëreshe Culture in San Paolo Albanese

Via Caprera, 6 - 85030, San Paolo Albanese (Potenza)
90.79 Kilometers from Cathedral of Acerenza
Il Borgo Ospitale Albergo Diffuso
It represents a real jewel immersed in a place of unparalleled beauty and is located directly in ...

Via Mordini, 1 - 85048, Rotonda (Potenza)
94.06 Kilometers from Cathedral of Acerenza
Time Bridge Pub
A place with a warm atmosphere and a destination not to be missed during a stop in the village of...

Via Armando Diaz , San Paolo Albanese (Potenza)
90.85 Kilometers from Cathedral of Acerenza
Farmhouse Fattoriabio
A company with a long tradition that has carried on its business in full respect of the surroundi...