Share
Laigueglia, located between Capo Santa Croce and Capo Mele, is a typical seaside village with its alleyways and small squares on the beach. It is the ideal place for Nordic walking, both for beginners and for expert walkers, and here the Nordic Walking Park was created, a path consisting of six itineraries of varying difficulty. But not only, in the pretty village you can devote yourself to tasting many typical dishes based on fish and among the desserts the famous kisses of Laigueglia are highly appreciated. 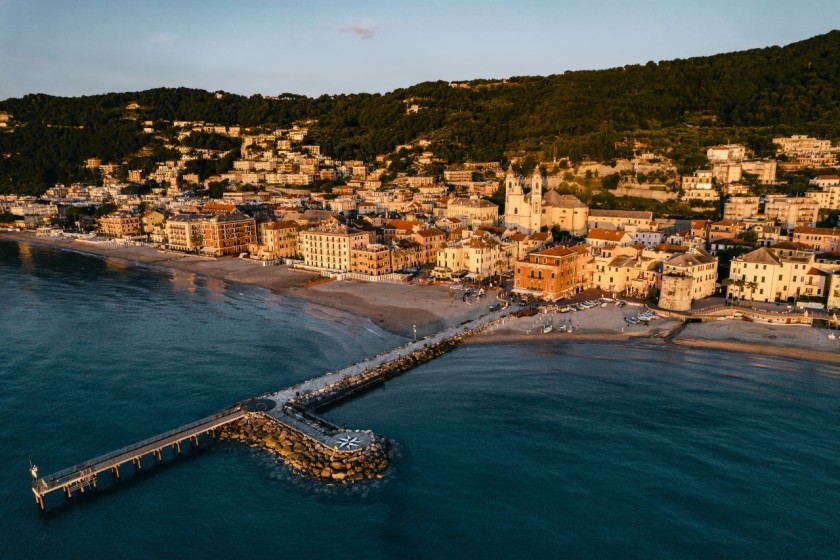 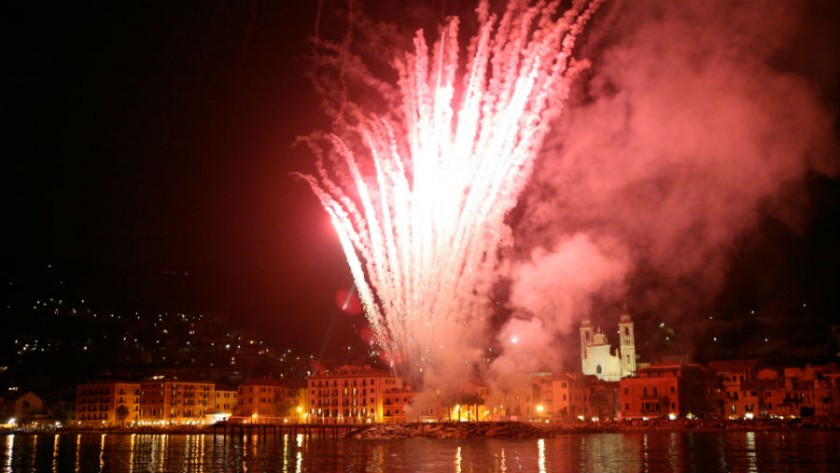 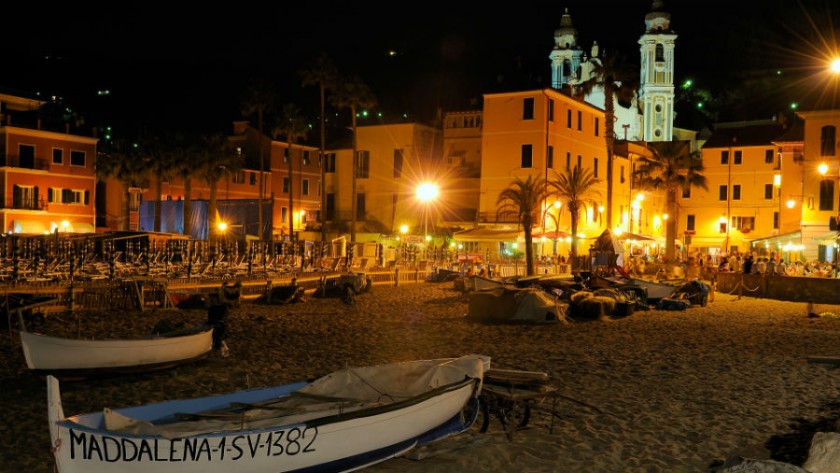 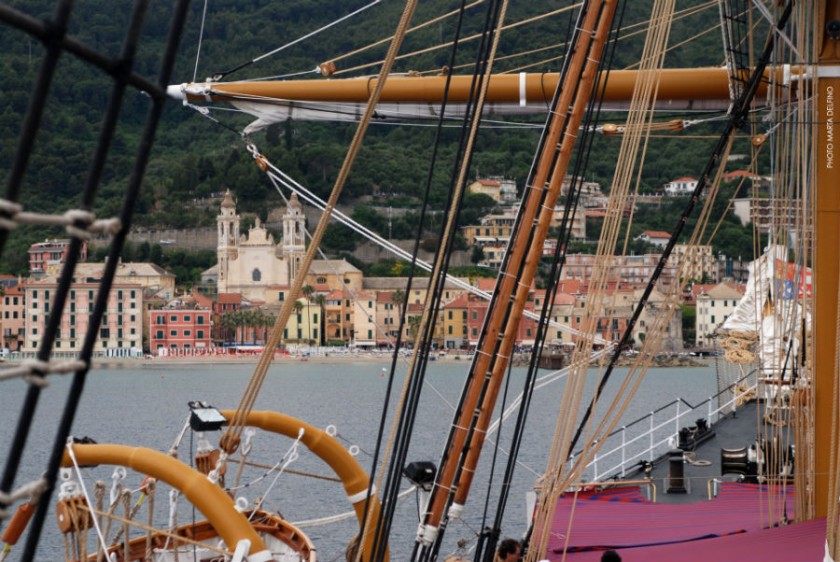 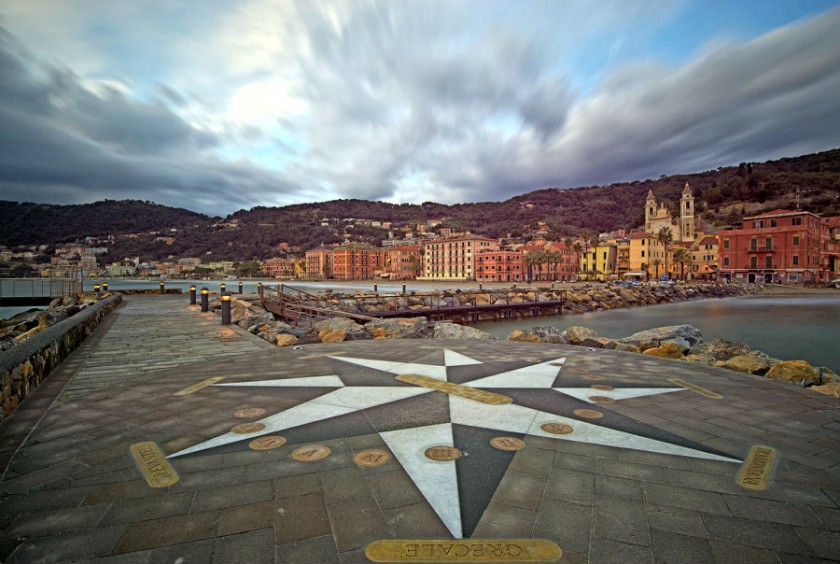 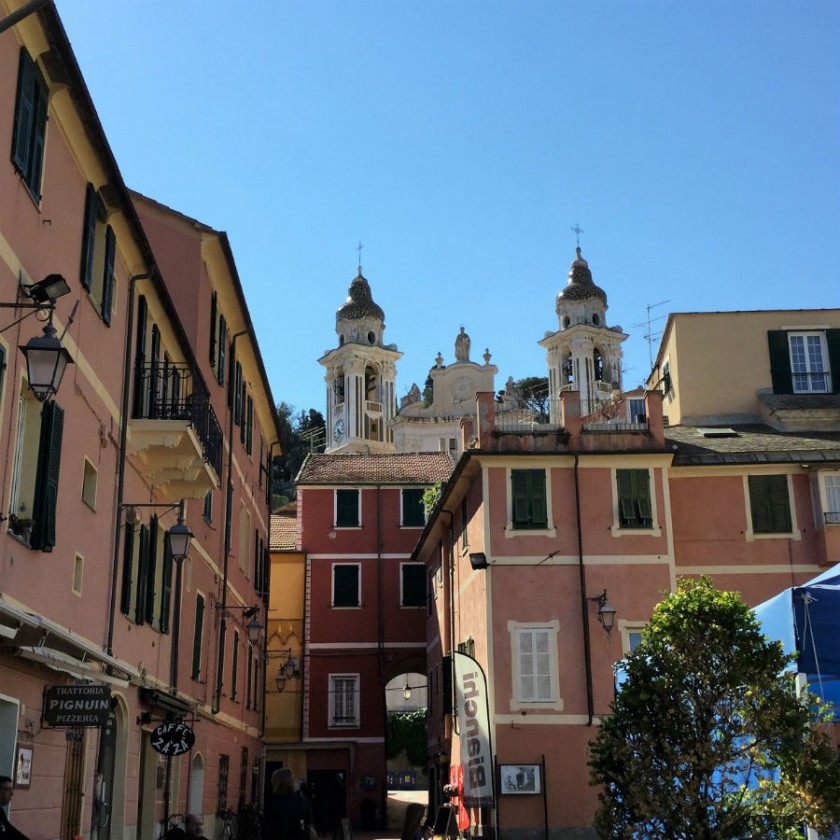 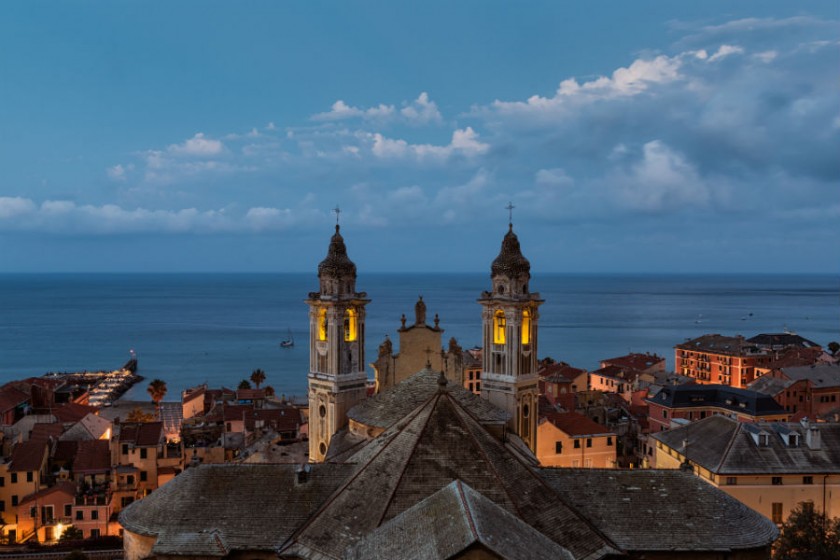 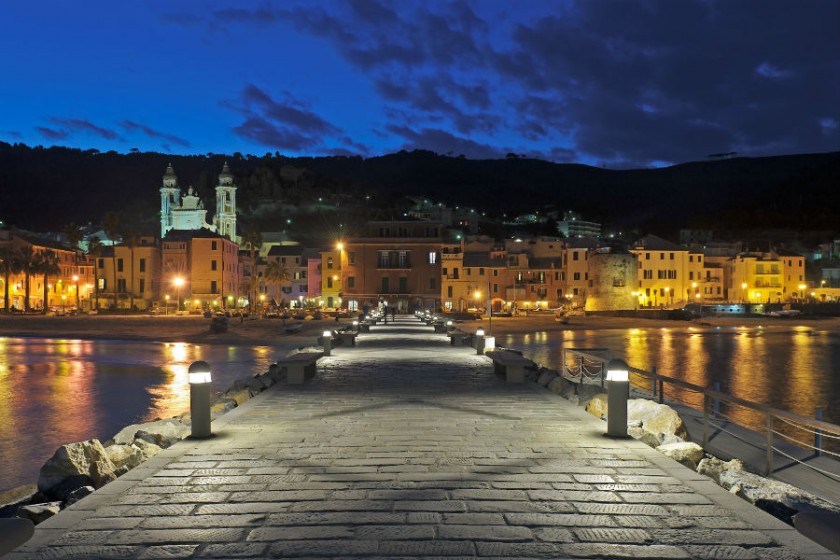 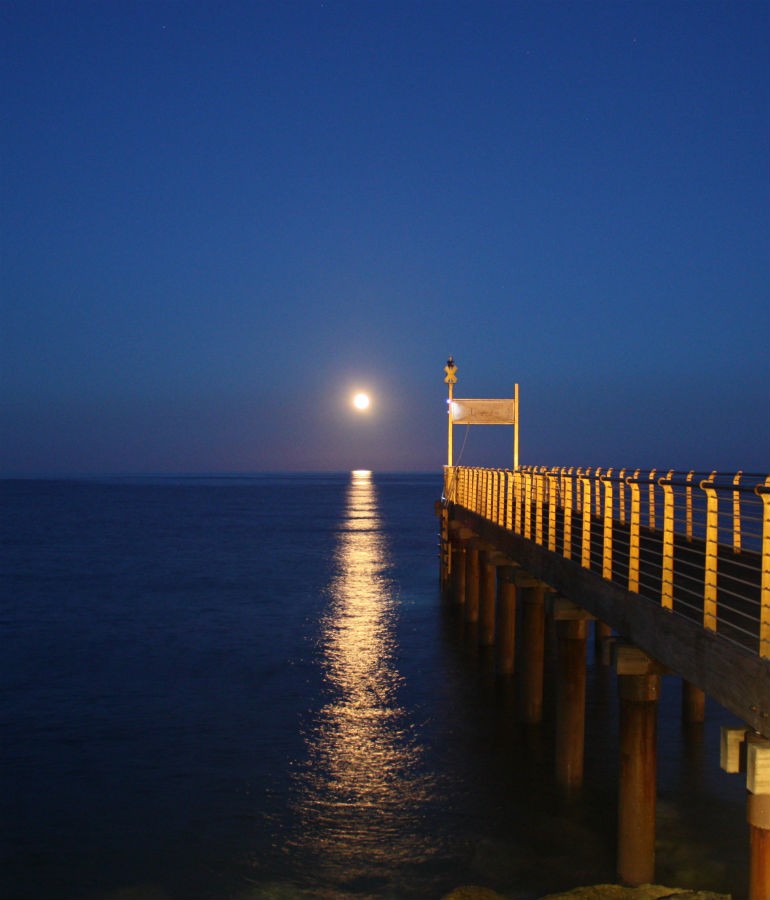 A look at Laigueglia

Laigueglia is located in the stretch of sea enclosed between Capo Santa Croce and Capo Mele. The beach of fine sand and shallow water and sloping in the clear sea, places of the activities of fishermen who built the magnificent village, have become fundamental elements for the transformation in the tourist center of the country, favoring together with the mild climate, bathing. A few meters off the coast of Capo Mele, are possible fantastic diving on the wreck of the steamship Ravenna, torpedoed and sunk during the First World War and today host of marine flora and fauna typical of the Gulf.

Laigueglia preserves the typical architecture and the fascination of the borgo marinaro, with its alleyways, the little squares at sea, tones pink lilac-houses in the protecting shade of the monumental church of San Matteo. The ancient heart has been and continues to pulsate in its squares, streets, in the color of the Saracen tower of 1564, so called because part of the stations of the defense from the invasions of pirates (is the only left of the original three). From any part addresses the gaze, one cannot escape the two bell towers, surmounted by colorful majolica domes of the church of San Matteo.
Illuminated at night, it seems to be the guard to the village. The two crosses at the top of the towers follow the directions of north-west and south-west winds. The parish church is the baroque monument that best reflects the history of the country: the laying of the first stone of the new church occurred in 1715, when the reef fishing was at its peak and the population could afford to expand the old oratory dedicated to Saint Matthew, whose foundation dates back perhaps to the IV century.
From a ladder that rises from the Via Aurelia you reach the lonely chapel of Madonna delle Penne, built by the Catalans coral fishermen during the XVII century. Ex-voto of sailors and fishermen are also found in the church of the Immaculate Conception (1661): ship models and antique boats that went to pray before making a trip to the sea.
Toward Colla Micheri, above Laigueglia, almost to peak on the sea and the home of the famous Norwegian anthropologist Thor Heyerdahl, helmsman of the Kon Tiki, are possible beautiful walks on the trails Verdi, also suitable for nordic walking and bike rides in mountain bike.
Particular attention is paid to the tourist reception of families and children, favorite guests of the village.

The laiguegliese cuisine is characterised by the fish dishes. Typical are: the friscioi de gianchetti (pancakes with flour and juveniles); the zerri (picarels) and fried squid, typical fish of Laigueglia fished in the Capo Mele; and the fish soup of the Gulf of Capo Mele. Among sweets, very appreciated: the kisses of Laigueglia chocolate; the bread of sailor (or of the fisherman); the marunsìn, hard biscuits made with almonds. And furthermore: é pastes é amanduìa, é papuétte é treie, cakes made with almonds coated with icing with the characteristic shape of paperette (ducks) and mullets, whose original recipe is retained only by a few families originating in place. Every year on the occasion of the celebrations for the patron saint, are offered the balette de S. Maté, sweet pancakes with flour and raisins.

Piazza S. Giovanni, Cervo (Imperia)
6.70 Kilometers from Laigueglia
Ducal Bridge Fountain
A Latera attraction dating back to the 1600s. The Duke's Fountain present on each side of the coa...

Strada per Castel Gavone, Finale Ligure (Savona)
26.06 Kilometers from Laigueglia
Parish Church of San Michele
The church of S. Michael is one of the first appearances built on place. The distance from the se...

Strada Beretta, Finale Ligure (Savona)
25.92 Kilometers from Laigueglia
Valdemino Caves
The Valdemino Caves are a cavities complex near the village of Verezzi, in Liguria.

Via Vittorio Veneto 4, Borgio Verezzi (Savona)
23.53 Kilometers from Laigueglia
Hotel Capo Noli
In a strategic position, directly on the sea, overlooking the natural Gulf of Noli, the Hotel Cap...

Via Aurelia, 52 -17026, Noli (Savona)
32.27 Kilometers from Laigueglia
= distances as the crow flies
Ristorante Locanda Bellavista
At the highest point of the village, from its terrace you can dominate the sea.

Via S. Nicola 9, Cervo (Imperia)
6.80 Kilometers from Laigueglia
Opiﬁcio di Verezzi
The factory is located in the main street of the wonderful village of Verezzi.

Via Roma 6, Borgio Verezzi (Savona)
24.40 Kilometers from Laigueglia
Opiﬁcio di Verezzi
The factory is located in the main street of the wonderful village of Verezzi.

Via Roma 6, Borgio Verezzi (Savona)
24.40 Kilometers from Laigueglia
Pasticceria Scalvini
The choice of prime ingredients and the faithfulness to the best recipes of the bakery tradition...

Via Cristoforo Colombo, 3 - 17026 , Noli (Savona)
32.66 Kilometers from Laigueglia
= distances as the crow flies
Le Palme bathing establishment
If you want to enjoy a relaxing and peaceful beach holiday, this is the place for you.

Our news about Laigueglia

Liguria: the seaside village of Laigueglia and its typical sweets, the Kisses.
Sung by Gino Paoli in "Laigueglia's Song", composed by Rosario Bonaccorso and inserted into the album of the same Paoli "A meeting in jazz", the village of Laigueglia is located on the edge of one of the most populous and tourist frequented areas of Riviera Ligure di Ponente, the stretch of coast of the two touristic towns of Albenga and Alassio. Laigueglia, further to the south, is a center of roman origins, for part of its history within the orbit of the powerful city of Genoa, a destination, in the XIV century, for the Cat...
Continue
With Trenitalia the villages are closer. The formal collaboration between Ferrovie dello Stato and the Club of the most beautiful villages of Italy.
After a 2017 has seen the growth of 7 per cent travel for tourism on regional trains of Trenitalia, this partnership was born with the aim of enhancing the great heritage of history, art, culture, environment and traditions present in the small centers of Italy reachable with the means of a transport more ecological, convenient, safe and, thanks also to the arrival of new trains, increasingly comfortable. Apart from the exchange of visibility on the channels of communication of the two realities, the agreemen...
Continue