What to see in Laigueglia, Savona, Liguria 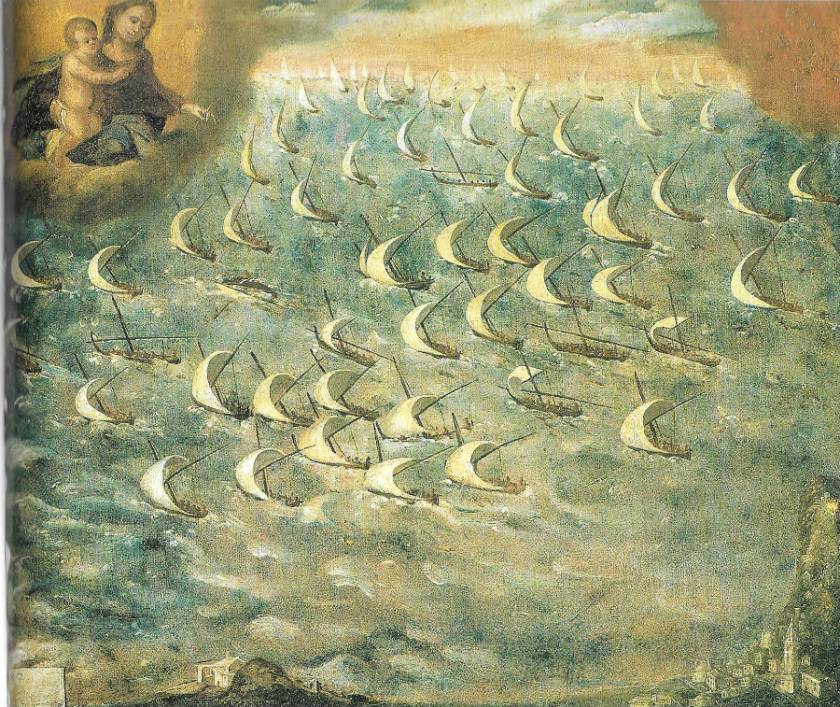 The structure constitutes a single body with the nearby parish church of San Matteo. The building rose probably on the site of a pre-existing place of worship which was the seat of the sixteenth century the Confraternity of the Disciplinanti, the latter engaged in Laigueglia in assistance to the needy, in the various works of charity and in the repose of the souls of the deceased. The prior, among other management tasks of the same, it was also the control and the rule of fishing, which was the main activity of the coastal village.

On 22 July 1616, in the liturgical feast of Santa Maria Maddalena, the first stone was laid with a work of building that generally lasted about eighteen years (1634). Of rectangular shape with barrel vault with lunettes and a single nave, the oratory has windows very high to prevent the view from the outside and a cover in slabs of slate from the ridge of the roof tiles. The high altar is the work of Dionisio Court, built between 1671 and 1673.

Among the works inside there are a blade of Domenico Piola of 1674, depicting the Santa Maria Maddalena in the desert, a statue representing Christ died and another painting, fairly deteriorated, with the Virgin between San Pietro and Sant'Antonio Abate. There is also a large crucifix of the Seventeenth Century with silver ornaments at the ends of the arms. Complete the decoration of the oratory two rows of lateral panconi of the Seventeenth century and a choir of the Eighteenth Century.

A recent restoration has allowed the discovery and exploitation of a seventeenth-century fresco represents Santa Maria Maddalena, surrounded by angels, vegliante on village of Laigueglia while by towers of the sixteenth century is greeted the arrival of the coral boats.

Via G.B.L. Badarò, 4- 17053 ,
Hotel Tre Ciuffi
In a climate of warm yet professional friendship, GARASSINO family since 1976 ensures maximum com...

Via Vittorio Veneto 4, Borgio Verezzi (Savona)
23.34 Kilometers from
Hotel Capo Noli
In a strategic position, directly on the sea, overlooking the natural Gulf of Noli, the Hotel Cap...

Via Aurelia, 52 -17026, Noli (Savona)
4984.65 Kilometers from
= distances as the crow flies
Ristorante Locanda Bellavista
At the highest point of the village, from its terrace you can dominate the sea.

Corso Italia, 26 17026, Noli (Savona)
4985.30 Kilometers from
Restaurant Controcorrente
The elegant bourg of Noli (Liguria) is enriched by this high-quality culinary offer. The restaura...

Via S. Nicola 9, Cervo (Imperia)
6.99 Kilometers from
Opiﬁcio di Verezzi
The factory is located in the main street of the wonderful village of Verezzi.

Via Roma 6, Borgio Verezzi (Savona)
24.21 Kilometers from
Opiﬁcio di Verezzi
The factory is located in the main street of the wonderful village of Verezzi.

Via Roma 6, Borgio Verezzi (Savona)
4979.45 Kilometers from
Pasticceria Scalvini
The choice of prime ingredients and the faithfulness to the best recipes of the bakery tradition...

Via Cristoforo Colombo, 3 - 17026 , Noli (Savona)
4985.35 Kilometers from
= distances as the crow flies
Le Palme bathing establishment
If you want to enjoy a relaxing and peaceful beach holiday, this is the place for you.