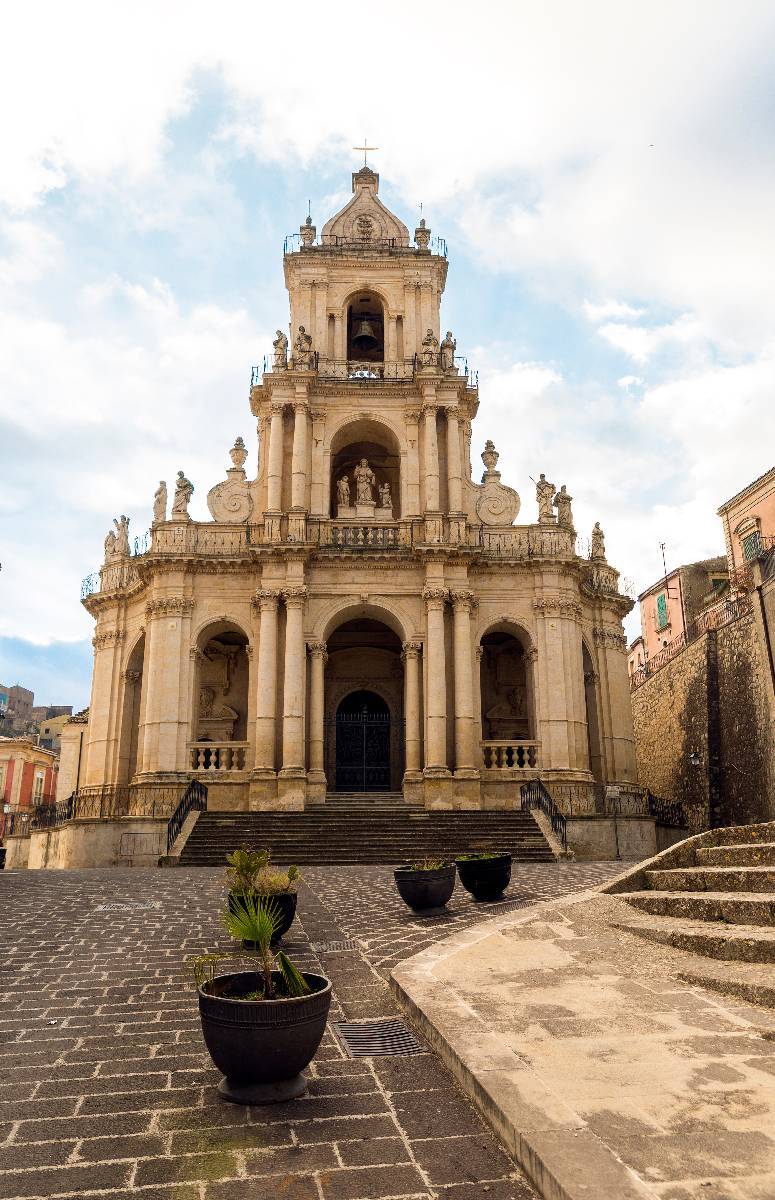 Paul was chosen as patron of the village of Palazzolo Acreide, in Sicily, in 1688.

The church was built during the second part of the 18th century, on the site where was the older church of St. Sophia. It was struck during the 1693 earthquake and rebuilt from 1700 to 1730, taken up the area around.

The façade have three orders and it is datable to the end of 18th century. It was realized by Vincenzo Sinatra from Noto and it is considerable one of the most beautiful example of Baroque architecture. There are lots of extraordinary elements such as the staircase on two different flights; the big bronze door, decorated by elements of St. Paul’s life; and numerous statues of saints.

The three orders are divided by arches and Corinthian columns. The first order is characterized by five arcades. The second by a central little room with a big blessing Christ, among two angels. In the last order we found the bell tower.

All the façade, with six couples of apostles, is surmounted by a decoration with a sword, Paul’s symbol, twisted by a snake and inserted inside a royal crown.
Many are the interesting objects inside the church, such as two rolling up columns in front of the apse; a lot of painting, 11 altars and the big organ upon the principal door.

The principal altar is made in polychrome marbles and it is datable to 1868. Here there is an important crucifix to 16-17th century. Among the columns, back to a beautiful paint which represents the St. Paul’s conversions, there is the recess where is the statue of the saint – patron of Palazzolo Acreide from 1689. Furthermore it’s possible to see the two great float, which are used during the traditional processions to bring the statue and the relics across the town.