What to see in Oriolo, Cosenza, Calabria 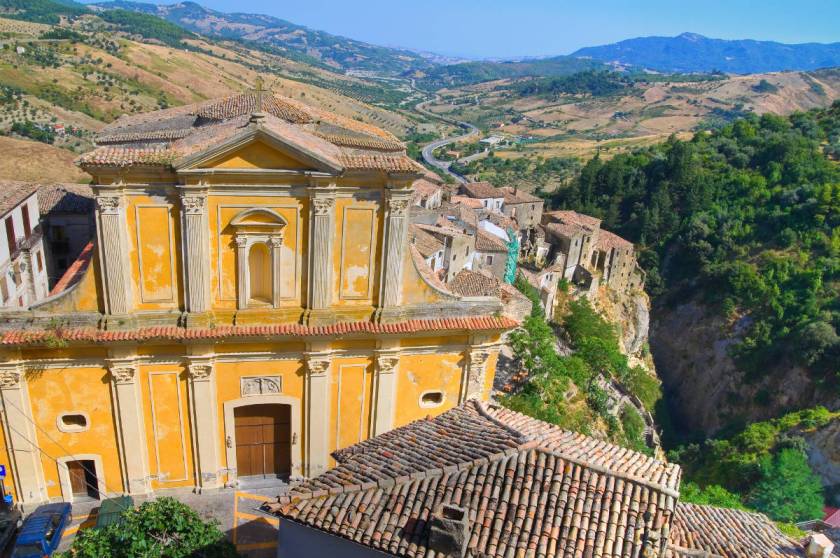 The church of San Giorgio, the Mother Church of Oriolo, is of Norman origin and is adjacent to the Castle. It was enlarged and embellished in the Eighteenth Century. In its interior, with three naves, is kept a statue of "Madonna col bambino" dating back to 1581, and guard at the entrance, two lions of 1264. Scattered here and there in the historic center were built devotional chapels both by private individuals and of the University.

In 1860 it was "named" new patron saint San Francesco di Paola. The devotion to the Saint of Cappadocia was imported in the period of the Crusades and the tradition wants that are of this holy the remains of the skull, today Venerable and preserved in a reliquary of silver of the eighteenth century, but in the seventeenth century certainly placed within the shield of silver statue. In 1461 the church was already a large plant consisting of two naves. The presence of"many officers and regi counselors" was in it read the act of clemency of Ferdinand I of Aragon, the son of Alfonso the magnanimous, in respect of Sanseverino. 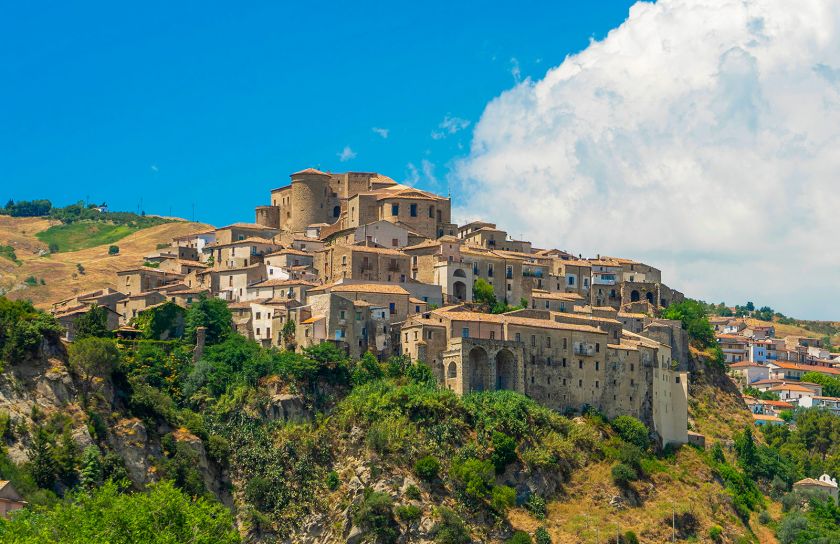 Via Caprera, 6 - 85030, San Paolo Albanese (Potenza)
9.86 Kilometers from Church of San Giorgio
Katoqi - Tourist house
For a stay in the historic centre of São Paulo Albanian, Katoqui - Tourist House is ideal. A part...

Via Granatello - 87030, Fiumefreddo Bruzio (Cosenza)
96.29 Kilometers from Church of San Giorgio
Hotel Poseidon
The Hotel Poseidon is a luxurious 4-star hotel located on the bay of Diamante

Via Ferdiando D'Alarcon, 87030, Fiumefreddo Bruzio (Cosenza)
95.88 Kilometers from Church of San Giorgio
Farmhouse Colloreto
The Agriturismo Colloreto, in the village of Morano Calabro, offers to all its guests a relaxing ...

Via A. Gramsci 195, San Giovanni in Fiore (Cosenza)
91.20 Kilometers from Church of San Giorgio
The Stone Age by Viola Cosimino
Individual enterprise for the construction of residential and non-residential buildings using stone