Share
A village in the province of Viterbo that stands on a tufa rock cliff in the Volsini Mountains. Its name derives from a number of caves that are particularly rich in the surrounding area and that were a refuge from enemy incursions for the inhabitants of the area. Grotte di Castro tells of its Etruscan roots and its role in the Middle Ages as a possession of the Church. The different souls of the town, in fact, have given life to one of the most interesting centres among those found near Lake Bolsena. 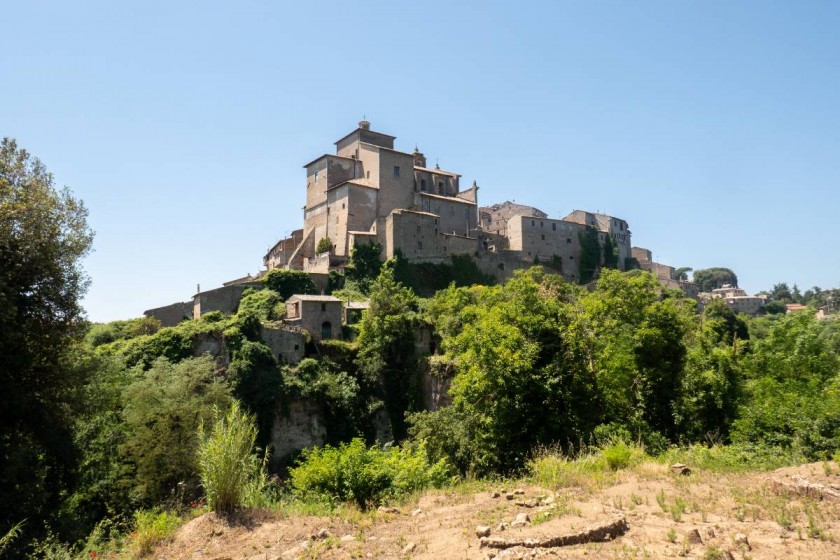 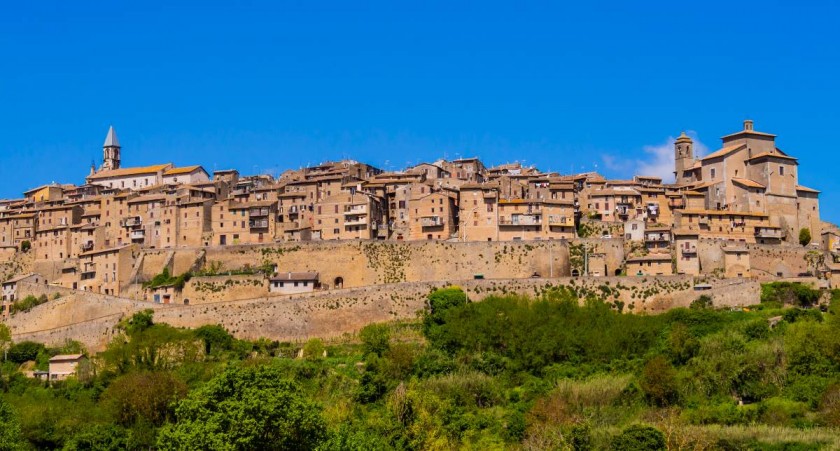 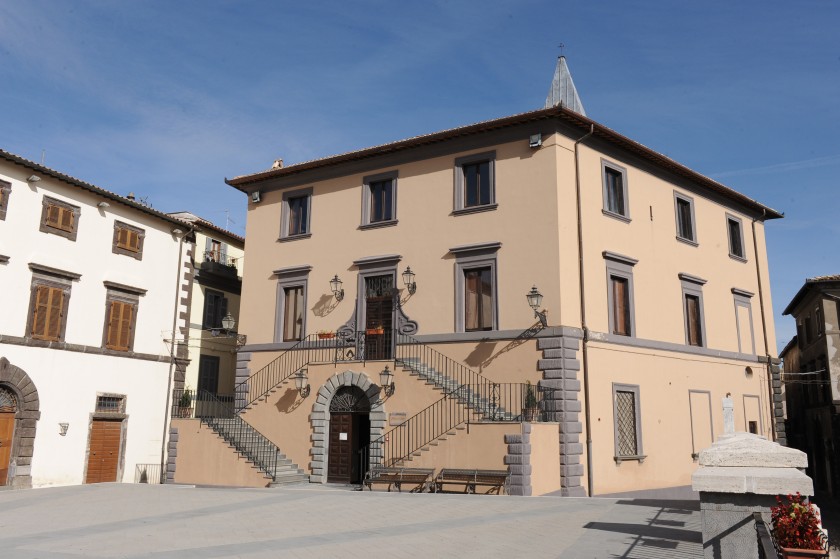 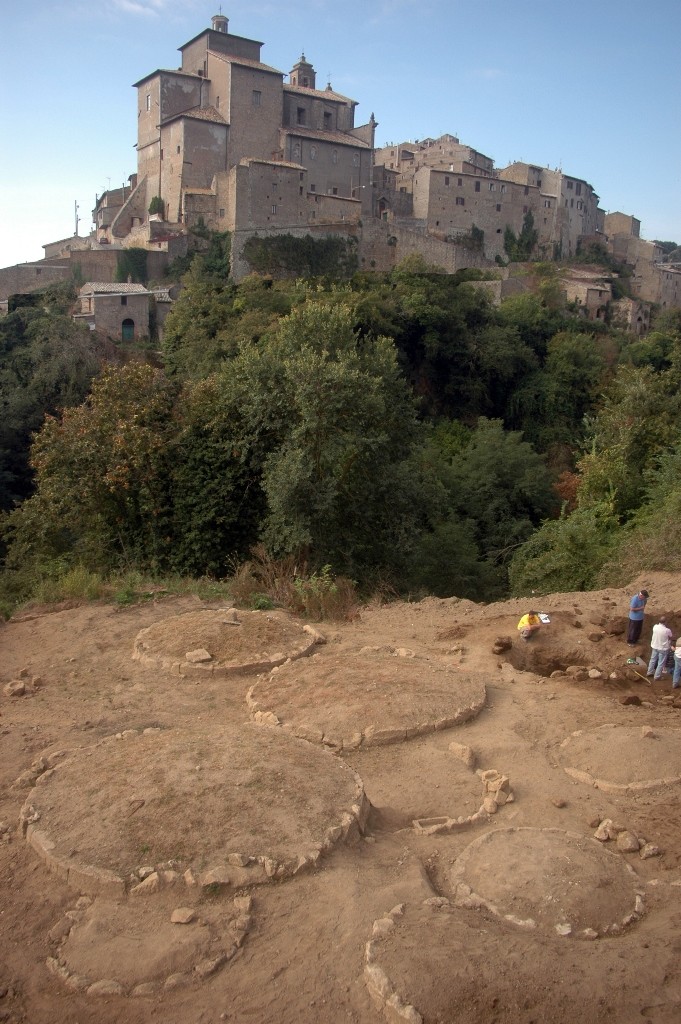 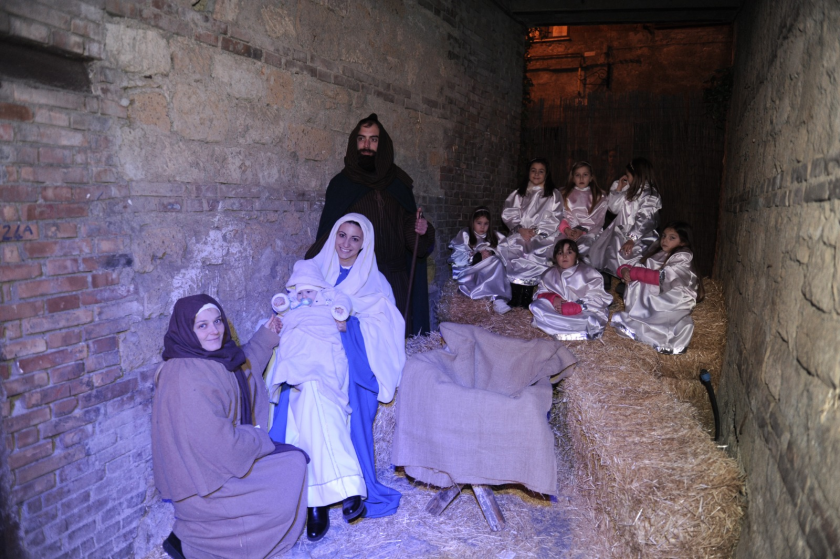 Grotte di Castro and the Etruscan necropolis
The area surrounding Grotte di Castro is rich in Etruscan necropolises. The one closest to the centre is called 'Centocamere' and is known for the presence of tombs connected by holes and narrow tunnels, a rather rare structure. Another one is located a few kilometres from the town and is the 'Necropoli delle Pianezze', a group of tombs dating from between the eighth and sixth centuries BC. Some tombs are used to accommodate a single deceased person, while others house entire families and have very rich decorations.

Inside the necropolis there is the 'Red Tomb', which is the burial place of an ancient family of the area built in the sixth century. The tomb has a beautiful column placed on the red background from which several lines branch out, reproducing wooden structures and beams that formed the foundations of Etruscan houses. Some of the artefacts found inside the tombs are collected in the Civic Archaeological Museum of Grotte di Castro, which is an important artistic reference point of the Etruscan civilisation.

Witness to the culture of the Middle Ages
Inside the village is the Basilica di Santa Maria del Suffragio, built in Baroque style in 1625 over the remains of an 8th-century church dedicated to St John the Baptist. The characteristic feature of the Basilica is the presence of finely inlaid wooden elements that bear witness to the skill of medieval craftsmen. The town was part of the territory of the Papal State since in 1077 the Countess Matilde di Canossa, owner of the village, donated Grotte di Castro and other of her possessions to the Pope.

Some civil buildings are particularly interesting, including the Palazzo Comunale built in the 16th century and renovated after an earthquake by the architect Jacopo Barozzi da Vignola, known for having overseen the construction of St Peter's Basilica in Rome after Michelangelo's death. The palace was damaged by two earthquakes, so the only elements that can be traced back to the original structure are the external portal and five windows on the first floor, while inside there is a peculiar stone spiral staircase and an important fireplace from Innocenzo Luzzi's palace, which are very well worked.

In the heart of the historic centre, however, there is a more recent work of art in the town's history, the 'Fontana Grande' in Piazza Cardinale Carlo Salotti. This is a work of hydraulic engineering built in 1886 when Grotte di Castro was connected to an aqueduct that served the area, ensuring that all the inhabitants of the village could drink water.

Events not to be missed
For about 20 years Grotte di Castro has been the protagonist of the event "I sapori del borgo" (The flavours of the village), which takes place at the end of July and involves visitors in a food and wine and cultural itinerary to discover the village. The ancient streets of the historic centre come alive with stalls offering typical local products and dishes with an ancient flavour. The absolute protagonists are cured meats, olive oil, cheeses, extra virgin olive oil and the Alto Viterbese potato, to which a festival is also dedicated at Ferragosto.

However, "I sapori del borgo" is also an event in which the village tells its own story. During the event, in fact, various themed guided tours are organised to get to know the culture of a village that over many centuries has been able to build a unique identity in which the sacred and the profane mingle. Another important event is the Festa della Madonna del Suffragio, a religious festival celebrated on 8 September. Every ten years there is an exceptional 'descent' of the polychrome wooden statue of the Madonna, which is kept inside the Basilica of Maria Santissima del Suffragio.
Grotte di Castro is therefore a special place to discover, a witness to the culture of the villages that still today represents a priceless heritage of tourist and historical value.

P.za L. Palombini, 2, Gradoli (Viterbo)
3.62 Kilometers from Grotte di Castro
Church of St Mary Magdalene
It is the main church of the municipality of Gradoli and is dedicated to the patron saint of the ...

Vico Bologna, 2, Gradoli (Viterbo)
3.66 Kilometers from Grotte di Castro
Public Gardens 'Camilla Virginia Savelli'
Located at the entrance to the village of Latera, the Public Park was named after the "Holy Duche...

Via Roma, 25, Latera (Viterbo)
5.82 Kilometers from Grotte di Castro
Pian dell'Aia Municipal Park
Consisting of centuries-old chestnut trees, this Municipal Park in the town of Latera is nothing ...

01010, Latera (Viterbo)
5.95 Kilometers from Grotte di Castro
Church of St. Clement
Latera's main house of worship, dating from 1598. It was the only baptismal seat to which the chu...

Piazza S. Clemente, 11, Latera (Viterbo)
6.08 Kilometers from Grotte di Castro
Farnese Palace
One of the most imposing palace-fortresses of the Farnese family in Italy. The imposing 16th-cent...

Piazza della Rocca, 2, Gradoli (Viterbo)
6.13 Kilometers from Grotte di Castro
Porta Magenta
Also known as Porta del Vignola, it was built in 1777 after the collapse of the original Porta Ro...

Piazza Cavour, 11, Valentano (Viterbo)
12.51 Kilometers from Grotte di Castro
Collegiate Church of John the Evangelist
Situated in the village of Valentano, the church was originally built in Romanesque style and und...

Piazza Farnese, 1, Caprarola (Viterbo)
49.57 Kilometers from Grotte di Castro
Public Gardens 'Camilla Virginia Savelli'
Located at the entrance to the village of Latera, the Public Park was named after the "Holy Duche...

Via al Castello, 18, Acquapendente (Viterbo)
11.20 Kilometers from Grotte di Castro
St Peter's Basilica
The Church of San Pietro in Tuscania stands on the hill of the same name, which was probably the ...

Find where to sleep in Grotte di Castro

Travel proposals in Grotte di Castro and in its territory