Share
The "city of many caves", Grottaglie stands on a hill a few kilometers from Taranto on the edge of the Murgian step which slopes down to the Mar Piccolo. Its territory is affected by the presence of ravines, spectacular canyons along which, since prehistoric times, numerous cave shelters have been excavated. Noteworthy, in the historic center, the Mother Church, the Episcopio Castle with the museum and the characteristic Pottery Quarter with numerous artisan shops. 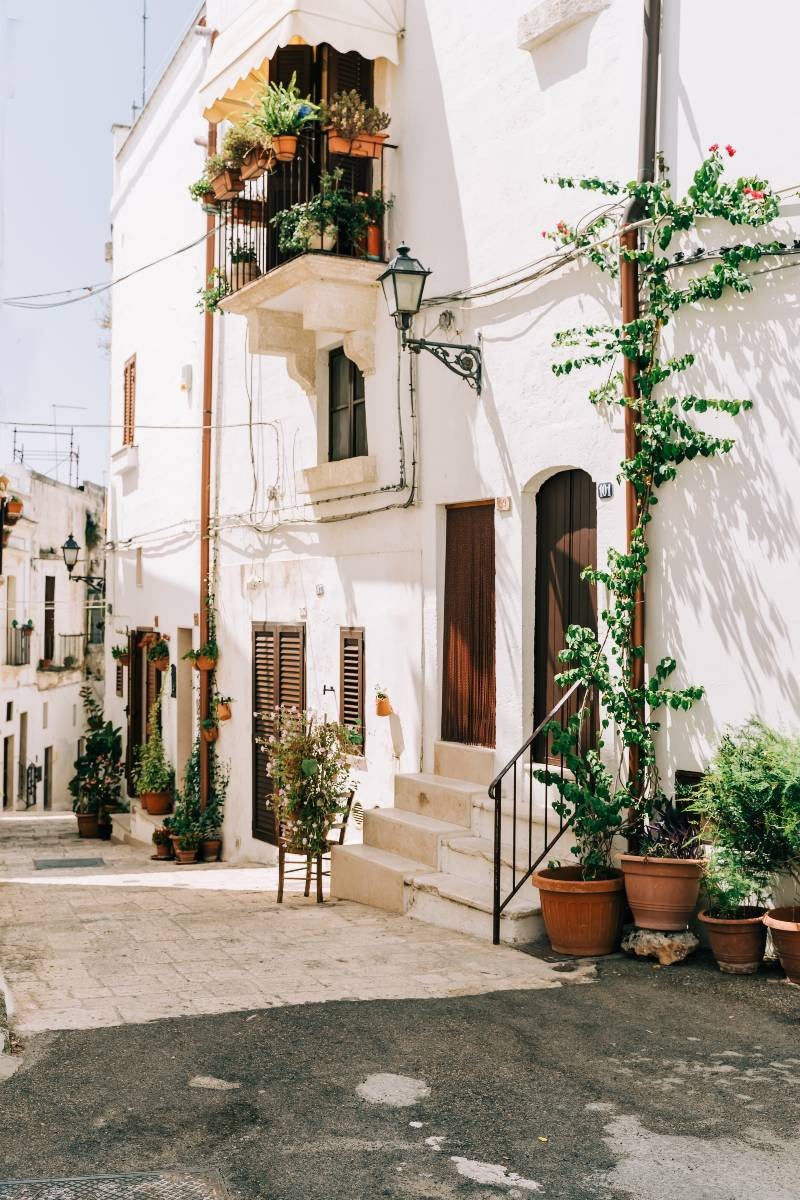 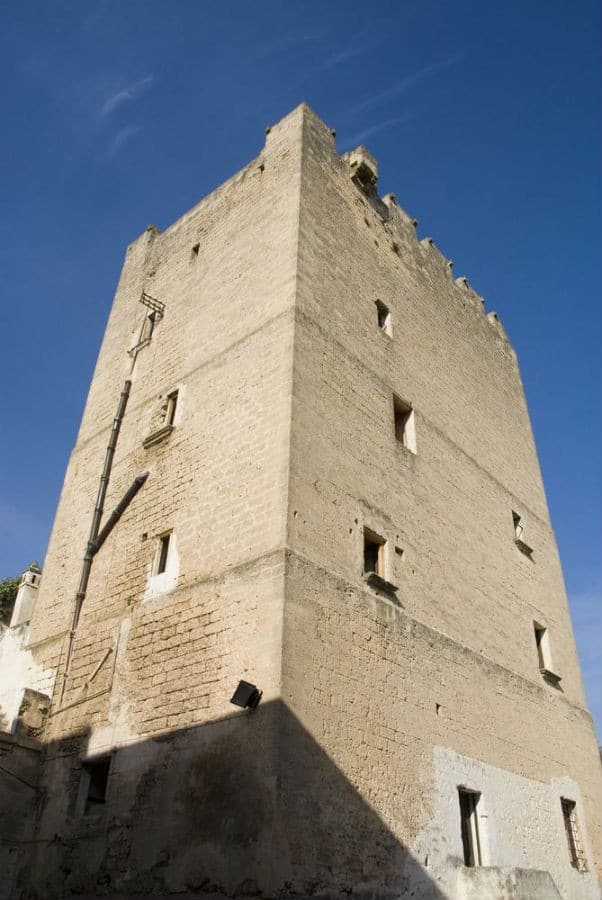 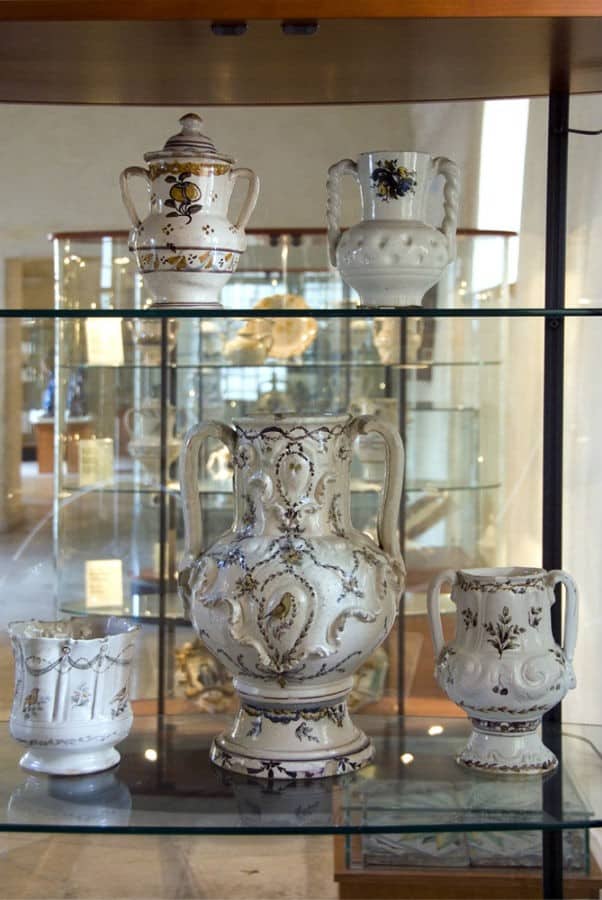 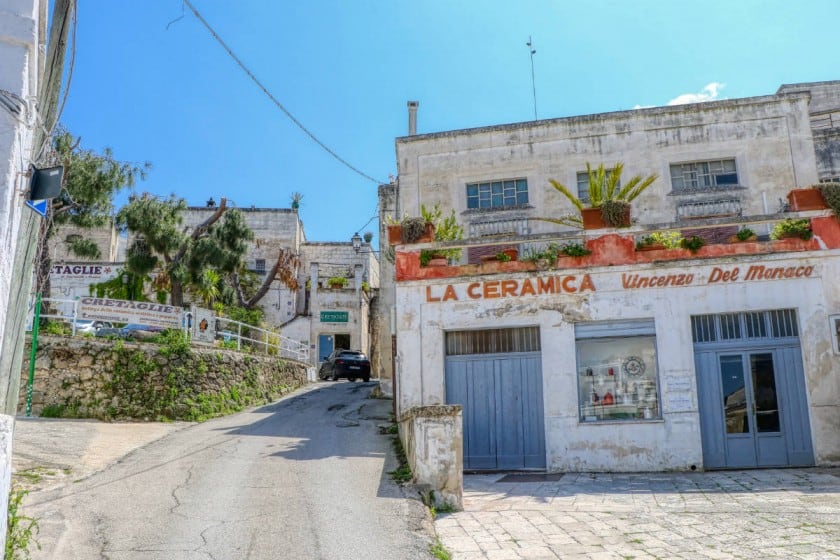 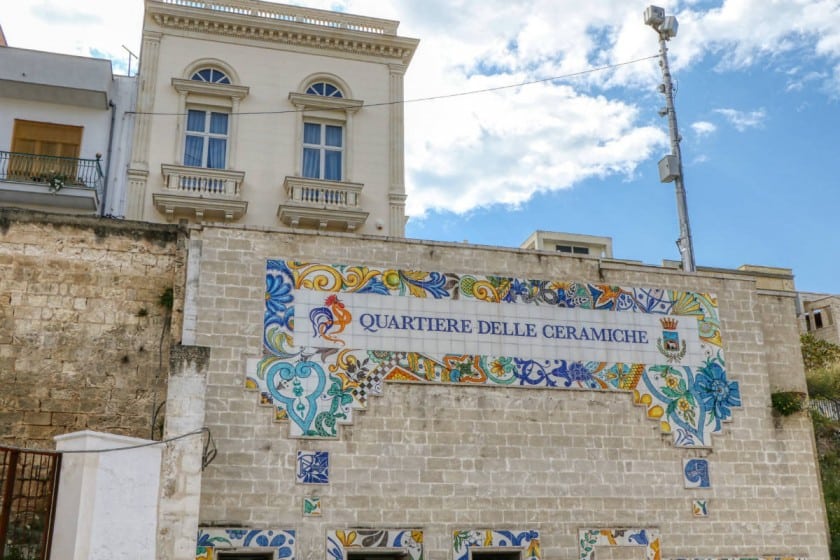 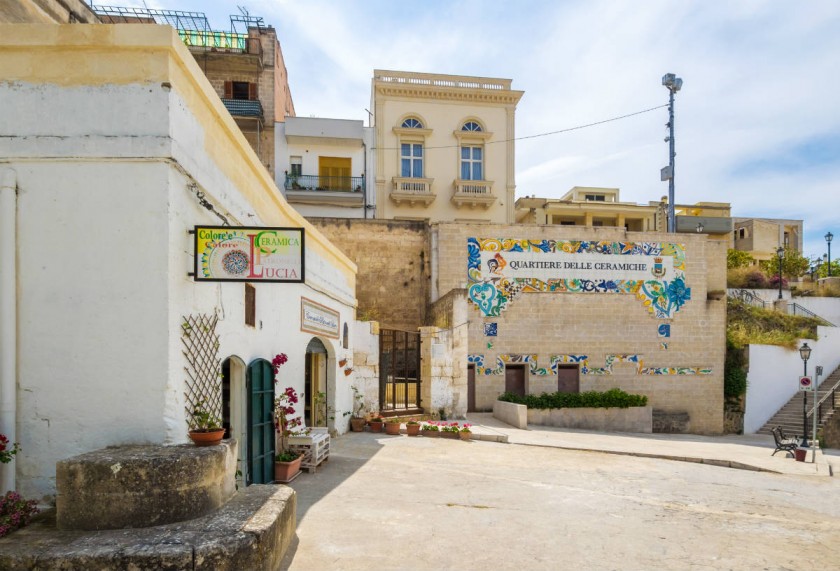 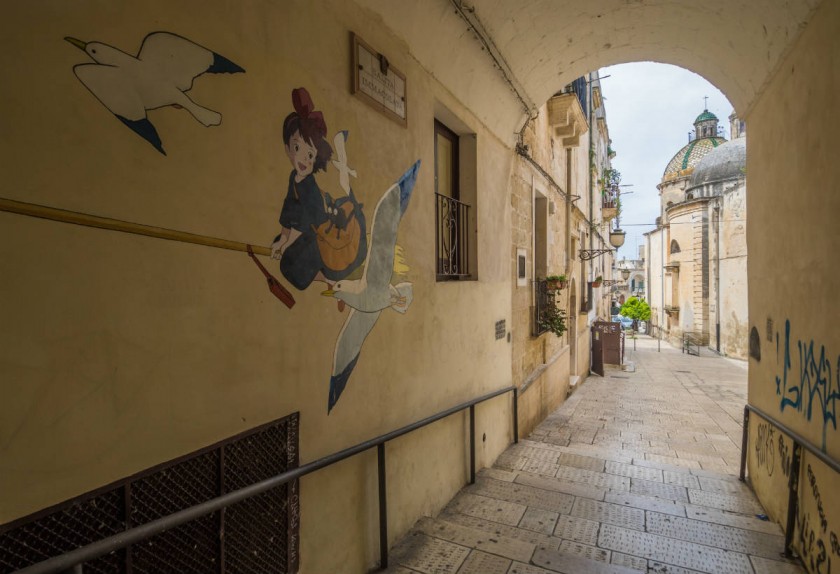 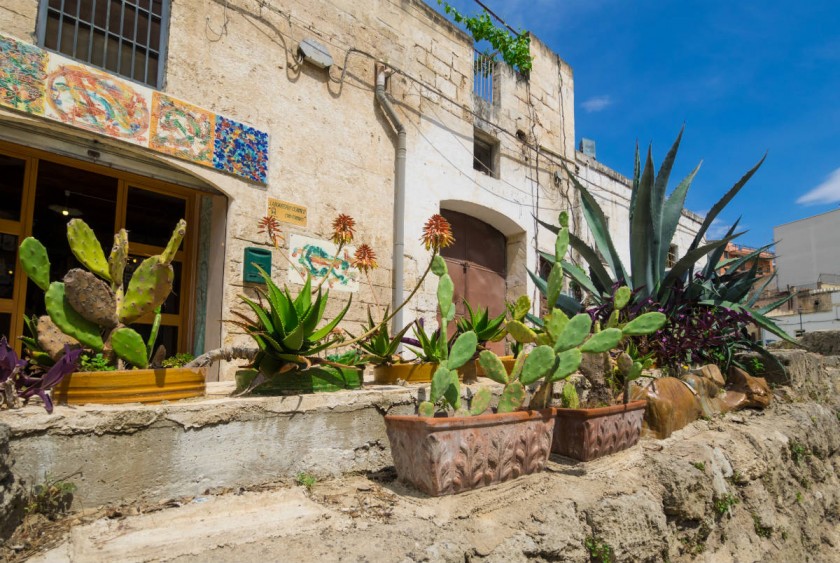 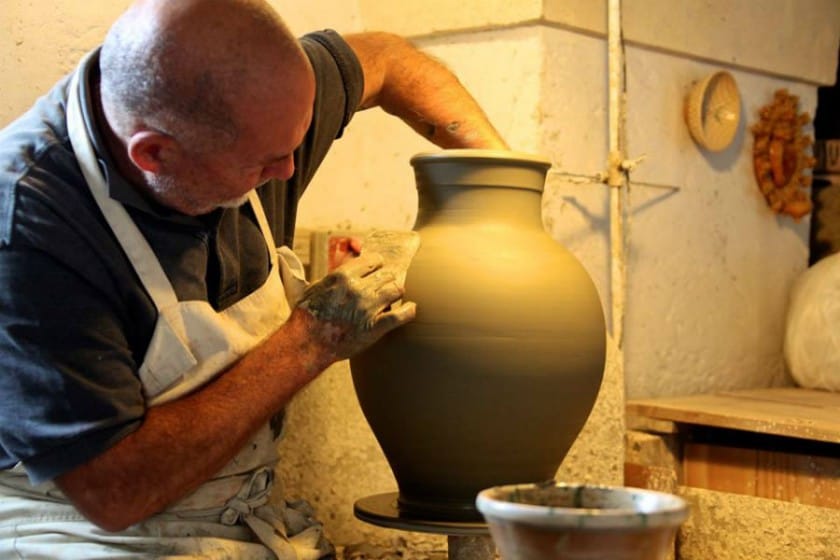 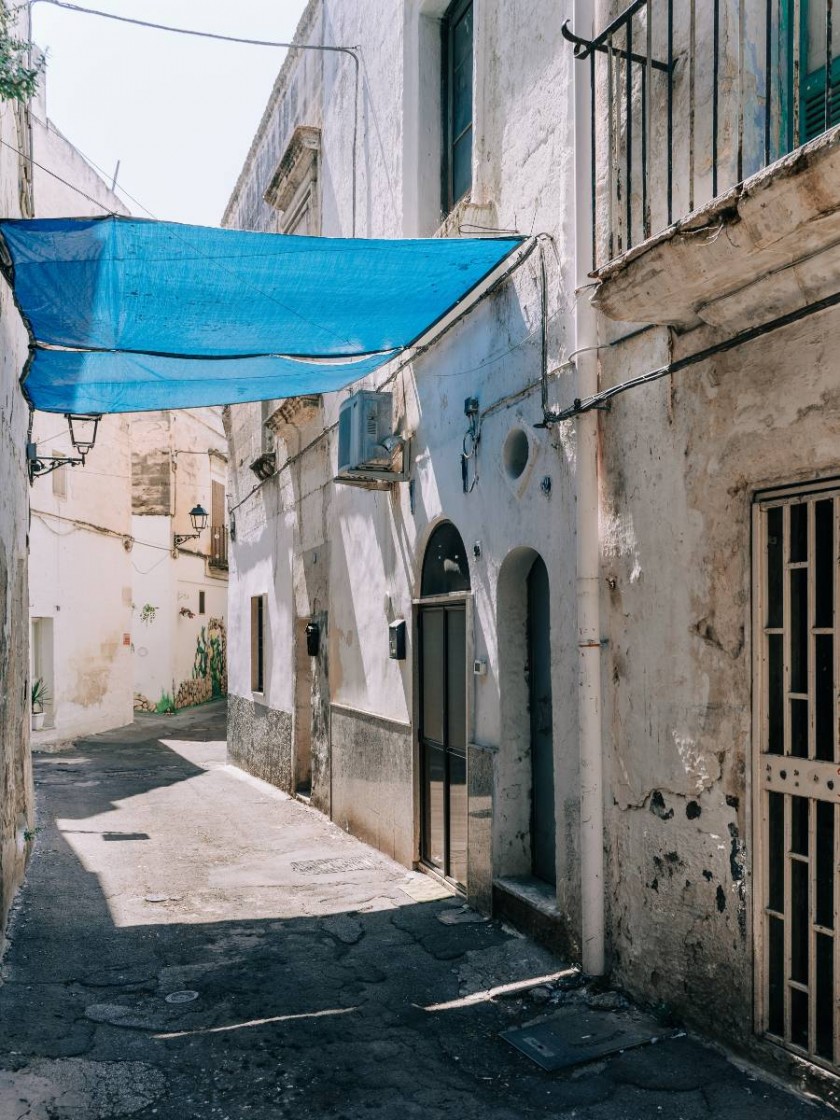 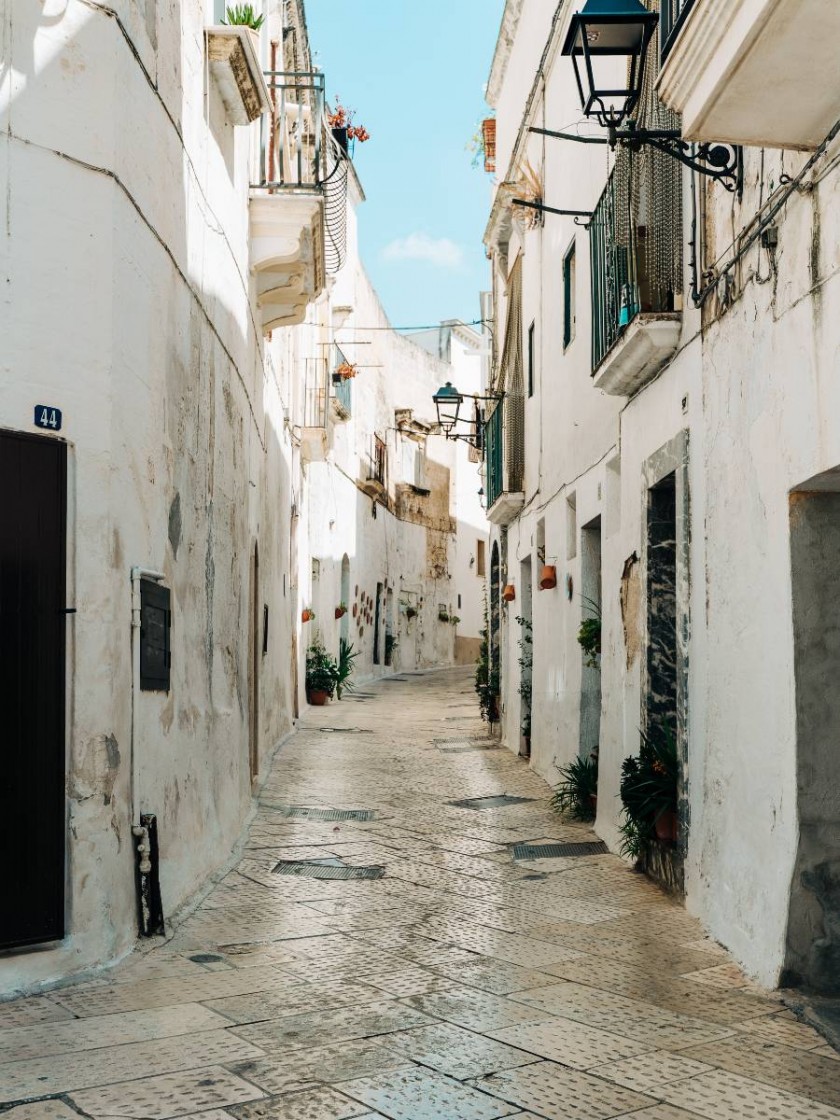 A look at Grottaglie

The village of Grottaglie (Li vurtàgghie in local dialect, Criptalium in Latin), in addition to the artistic ceramics, is also known for the cultivation of vineyards.

It is located on the slope of a hill of the Murge, called Monte Samuel Pizzuto, in the hinterland of Taranto, territory that extends up to Matera, in Basilicata. The territory is marked by the presence of ravines, on the sides of which were dug many caves. The historic center of Grottaglie is in fact completely dug in the tufo. They are a testimony to the Quarries of Fantiano (now the seat of an outdoor theater where every year takes place the International Festival Music Mundi of ethnic music and popular).

Grottaglie, for territory, culture, art and dialect, falls in the historical region of Salento. Its name derives from the latin Kriptalys, name that emphasizes the presence of caves (krypta), in a large part of its territory. Its origin is to be tracked in the settlements that have been followed in the area since the Palaeolithic, in particular in the area of Riggio and Piece Petrosa.

Is considered, according to some, the native land of the father of the Latin literature Fifth Ennio. In fact the poet was born in Rudiae in Apulia, which would correspond to one of the fortified citadels (precisely Rudiae and Mesocoro), destroyed during the barbarian invasions, whose inhabitants fleeing gave life to the Casali rock from which arose later Grottaglie and Villa Castelli. In the IX century a group of Jewish fugitives from Oria, and among the few survivors of the great Jewish Community of Oria aggregates to the settlement which sprang up around the Casale San Salvatore in blade of Fullonese.

The historical remains the most substantial are traceable back to the Middle Ages, when in the deep ravines taken greater consistency in the habit of living in caves. Date back to this period in fact not only dwellings, but also the stairs, the paths, the works of pipe and the outflow of the water. An important witness in Byzantine territory of Grottaglie is the Riggio that presents the Basilian frescoes of great quality. Despite the ionian area of Salento had not grecizzata as that of the South, it is relevant to the fact that these frescoes have inscriptions in Greek.

When the Goths and Saracens destroyed villages sites in the territory and also the same Taranto, the caves entertained the escapees (960 d.C.). They rose so various towns including Casale San Salvatore and Monti Cryptalis, primigenial nucleus of the present day historical center of Grottaglie. Some Jews found refuge in the blade of the Fullonese, territory of Monte Fellone where, in fact, stood the church of San Pietro of the Jews. In the XV century the center was equipped with fortification walls, together with the castle and the Church Matrix.

Difficulties and political crises brought from the XV to XVII century to a cohabitation of the two jurisdictions different feudal: a bishop and a secular. The XVII century experienced years of difficulty under the badly tolerated Spanish domination. The struggles of jurisdiction between the Archbishops of Taranto and lay the feudal lords and repeated popular uprisings characterize the next century, until the abolition of feudalism. In a climate of political disorientation General makes its way to the growing phenomenon of brigandage with an illustrious name: Annichiarico Ciro (in dialect "Pope Ggiro"). These events accompanied the first urban expansion "outside the walls", up to the unitary period, starting from which the vicissitudes of Grottaglie is common to those of many similar centers in Southern Italy.

One of the historical nucleus of the village of Grottaglie is certainly the area named district of ceramics, along the Gravina San Giorgio, was formed over the centuries a whole district of experts ceramists which, obtaining laboratories and cooking ovens in the rock of underground environments used in the past as crushers, have been able to develop a flourishing artisan activity today recognized and appreciated all over the world.

Two are the main products of tradition grottagliese figulina: the "Whites of Grottaglie", artistic craftsmanship proper to a certain type of production elitist characterized by the exaltation of pure form through the use of the white enamel stannifero, and the most characteristic rustic ceramic and popular, characterized by a chromatic palette constituted by green rotten yellow, ochre yellow, blue and manganese. Among the special features of ceramics grottagliesi are some objects including: lu capasone (large bowl that serves to preserve and maintain in good condition the wine or oil), lu srulu, a sort of Pottery pitcher inside which they used to make the wine to water, and its variant lu srulu a secret, lu pumu (pumo), an object in terracotta which arises at the corners of the balconies of the town jonica: this object, from the shape of a bud, figure often as ornament in the corners of the balconies of the houses in the historic center of the city. Today Grottaglie, with its numerous potteries, is the single ceramic center pugliese protected by trademark D.O.C.

certainly deserve a visit also the Mother Church, the Bishop's Castle, the Ceramics Museum, the Church of San Francesco de Geronimo, Gravina del Fullonese and the Sanctuary of the Madonna of mutated.

The agricultural production grottagliese instead is pivoted on the olive and wine growing. Among the varieties of olives grown there are the ogliarola salentina, leccina, peranzana, Cima di Melfi, Coratina, the carolea and Cellina Nardò (said 'nchiasta for its marked effect dyer and used in the preparation of stuffed loaves with olives). The screw is grown mainly for the production of table grapes: The territory grottagliese offers ideal climatic conditions for the cultivation of the cultivar Regina to which, since the early eighties was joined by the cultivar Victoria. From 2011 Grottaglie falls within the diffusional area of the IGP mark "Uva di Puglia".

the Municipality is part of:
Città della ceramica

Via Italo Svevo, Oria (Brindisi)
21.99 Kilometers from Grottaglie
Montalbano Park
The Montalbano Park is a mediterranean garden place along the northern side of the hill on which ...

Via Tommaso D'Oria, 12, Oria (Brindisi)
22.04 Kilometers from Grottaglie
The Church of Sant'Anna of Renna
At the base of the hill on which rises the village of Locorotondo, overlooking the road for Marti...

Via Martina Franca, 124, Locorotondo (Bari)
22.12 Kilometers from Grottaglie
Archaeological Area of Piazza Lorch
In the south-eastern sector of Piazza Lorch, in the village of Oria, were found the remains of a ...

Via Leone XIII, 21, Grottaglie
Re Sole Resort & SPA
Located halfway between Salento and the Gulf of Taranto, more precisely in Grottaglie, Re Sole Re...

Contrada Lamia Perroni, Ostuni (Brindisi)
22.20 Kilometers from Grottaglie
Antica Oria
In the heart of Salento, in the medieval village of Oria, Antica Oria is a complex of 3 apartment...

Via Ospedale Vecchio, 10, Oria (Brindisi)
22.39 Kilometers from Grottaglie
Trulli Donna Isabella B&B
In the frame of the beautiful Itria Valley, in Locorotondo you can stay at the welcoming B&B Trul...

Via dei Trullari, 11, Locorotondo (Bari)
23.09 Kilometers from Grottaglie
Lena Boutique Resort - Suite & Spa
In the heart of Salento, in Oria, Villa Lena is an extraordinary extra-luxury villa with up to 14...

Trumpets' Feast in honor of SS. Peter and Paul

Our news about Grottaglie

5 magical Apulian villages in winter
Intriguing and exciting. These are the Apulian villages, which when winter arrives allow a journey through time enriched by suggestive atmospheres, with little squares and alleyways illuminated by lights, while the snow spreads its mantle on the landscape and the emotions are sky-high. The face and the seductions of the Apulian villages when winter comes: a mosaic of atmosphere to live intensely to discover the soul of the past in the choreog...
Continue
Kalidria Hotel & Thalasso Spa, set in the Etra Reserve and among the Apulian seductions
The surprise and wonder start with the environmental context: the location, in fact, is within the biogenetic reserve of Stornara in which a lush pine forest of Aleppo becomes the trait d'union with a pristine beach, five kilometers long. We are at the Ethra Reserve complex - already known as Nova Yardinia -, profoundly redesigned and renovated, with expanded facilities and redeveloped greenery: everything has been designed to offer guests an ...
Continue
Recipe: Traditional Grottaglie orecchiette with turnip greens
The orecchiette in Grottaglie are so important that they have dedicated an annual event, "Orecchiette nelle 'nchiosce", this year on the 6th and 7th of August, the most famous dish of Puglia, present throughout the year in any home, sees his triumph in two days of delicacies that allows you to eat them with turnip tops or in revisitations with almonds and black figs, gluten-free, with the percoca, white wild boar ragout, with mussels  and with juniper berries.To stay on the classic, however, here is the spotlight on the delicious and...
Continue