Share
The village of Oria presents itself as a faithful guardian of ancient traditions. Its people, who will welcome you with their affectionate cordiality and who will give you a serenity that elsewhere, perhaps, the tight rhythm of time overwhelms and does not offer. The town is located on the highest hills of a hilly cordon of ancient fossil dunes in the north of Salento, which give it a dominant position on the surrounding Salento plain. 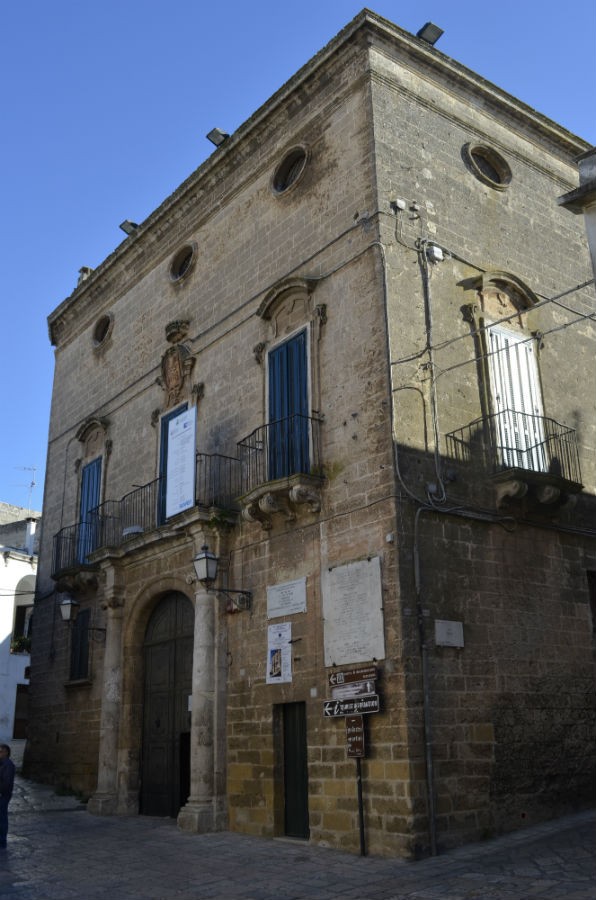 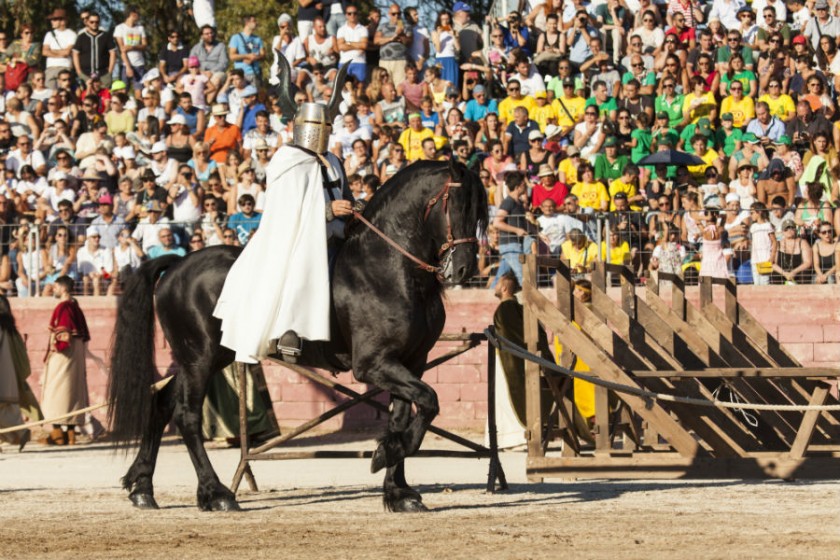 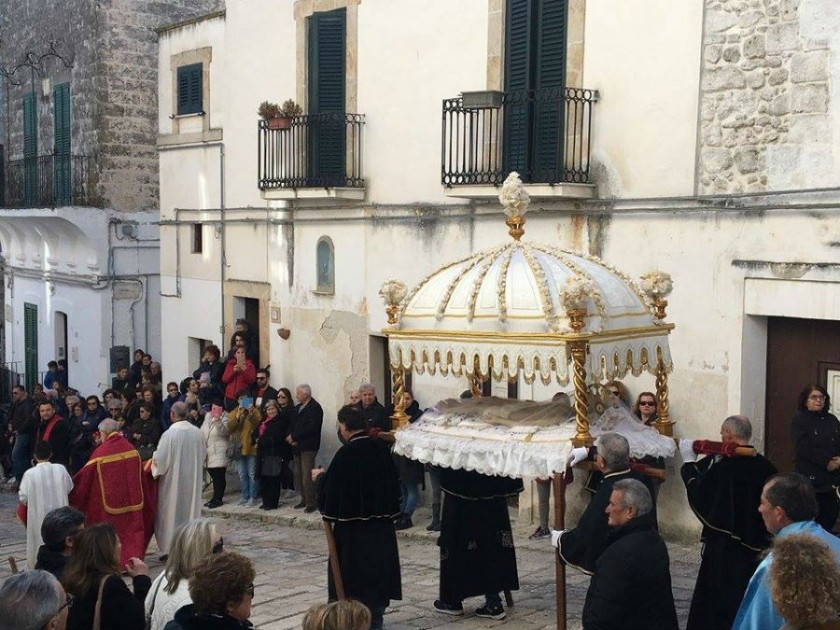 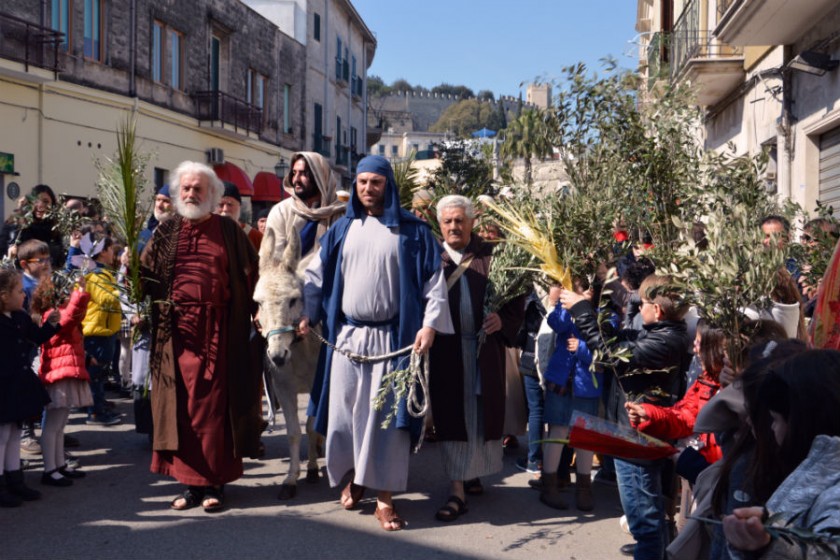 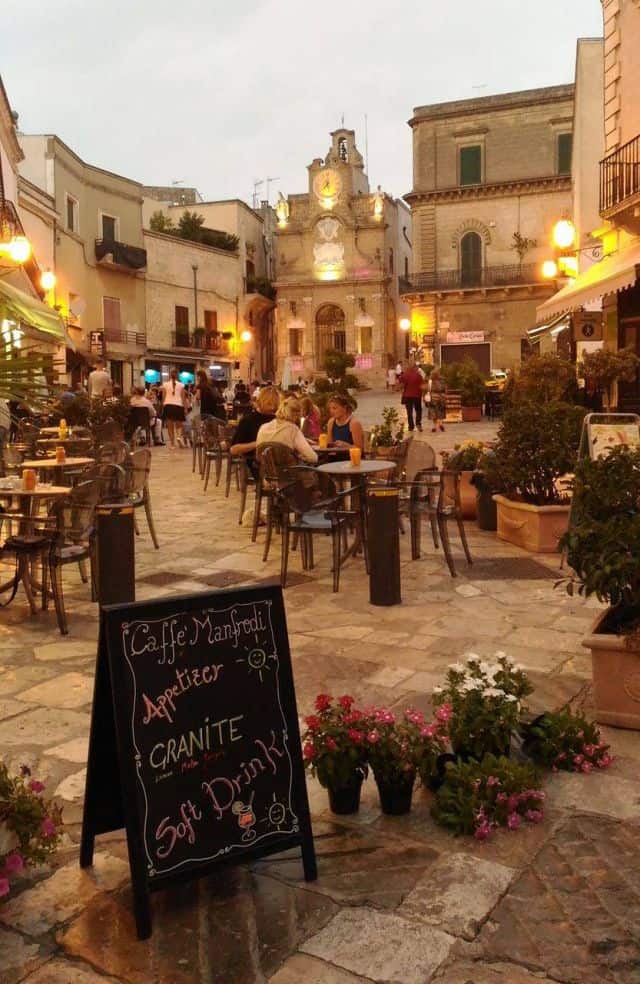 Oria is placed on the most elevated heights of a cordon hills of ancient fossil dunes in the north of the Salento, which confer a dominant position on the surrounding plains of Salento.

According to the indications of the historic Herodotus the city was founded when a group of Cretan would have been shaken by a storm on the Ionic coast and landed on these lands, would have founded Hyria, around 1400 B.C. In 265 B.C. the city passed under the supremacy of the Romans and after the defeat of Hannibal, for his constant fidelity to Rome, the Senate declared it a Roman municipium and City Confederata. The fall of the Roman Empire of the West there followed a period of political instability, during which he was subject, with alternating vicissitudes, the Greeks, the Goths, Longobards and Byzantines. Became between the IX and X centuries a flourishing Jewish colony. In 977 it was conquered by the Normans and subsequently by the Swabians. Between 1225 and 1233, the Emperor Frederick II made build a castle on the elements of the acropolis of Norman and provident to consolidate the defensive works of the city. Subsequently to the Swabian period, Oria passed under the dominion of the Angevins and Spaniards. The feud became a marquisate was sold to San Carlo Borromeo and in 1575 it was purchased by the Imperial Genoa who held it until 1789, then passing under the Bourbons. In 1860 Oria passed to the Kingdom of Italy.

The place of worship that tells the better the history of Oria is the Basilica Cathedral dedicated to Maria SS Assumed into Heaven. The building draws heavily the shapes of the famous Basilica di San Pietro, so much so as to be called the small San Pietro. The external walls are in carparo, the dome is coated with polychrome tiles and the plan is a latin cross with three naves. Inside you can admire the precious marbles and stuccoes, paintings, candlesticks and statues, including those of the Saints Doctors of the Venetian school and that of the Patron Saint Barsanofio of Neapolitan school. Through a staircase leads then to the Crypt of the mummies where, placed in the niches, there are the mummies of the bodies of the components of the local fraternity. Another symbol of the city is the Park Montalbano, a historical park of particular merit, located close to the eastern wall of the Castle Normanno-Svevo. In its interior, boxwood hedges guide tourists between tanks, lakes and picturesque corners of green. By means of a series of stairs, we arrive at a lovely panoramic walk, which connects the two towers of the adjacent Castle, built by Frederick II. In the heart of the historical center we find Palazzo Martini, classic example of baroque architecture of the XVIII century, which houses a museum of archaeological material, with finds related to tomb contexts and not.

Oria presents itself as a faithful guardian of ancient traditions. And so, the city loves to relive the most significant moments of the past, exalting with the participation of all its people that gives them a sense of purity that is not easily forgotten. In a mix of history and legend, from 50 years every saturday and sunday of the second week of August, pays tribute to "his" Emperor, with the "Historical Procession of Federico II - Torneo dei Rioni". The event originates from the presence of Frederick II in Oria, when in the year 1225 sojourned in the Swabian castle to wait for the promise he married Isabella of Brienna, Queen of Jerusalem, who married in the Cathedral of Brindisi. The Historic Procession involves more than a thousand people in costume of epoch that parade along the main streets of the city, sumptuously decorated with colored flags of the four districts: Castle, Judea, Blade and Holy Basil. The Tournament, instead, is a real challenge among the rioni, duels with that revive the tournaments of the medieval era. In addition, in the course of the year are proposed other events such as: the passion of the Christ and the rites of Holy Week, in addition to a rich calendar of events during the summer and winter.

But the village of Oria is, above all, its people, who will welcome you with its affectionate friendliness and that will give you a serenity that elsewhere, perhaps, the pace of time overwhelms and does not offer.

Via San Francesco De Geronimo, 137, Grottaglie (Taranto)
18.34 Kilometers from Oria
Mother Church of Grottaglie
The Mother church is dedicated to Maria Santissima Annunziata is located in Grottaglie in Puglia.

Via Cellini, 1, Cisternino (Brindisi)
32.57 Kilometers from Oria
= distances as the crow flies

Via Ospedale Vecchio, 10, Oria
Il Casolare Degli Ulivi
A lovely guesthouse located in Oria, in the historical heart of the city in the countryside area....

Via D'Alessandro, 74023 , Grottaglie (Taranto)
18.38 Kilometers from Oria
Re Sole Resort & SPA
Located halfway between Salento and the Gulf of Taranto, more precisely in Grottaglie, Re Sole Re...

Via Mannara, 57, Grottaglie (Taranto)
18.80 Kilometers from Oria
Masseria Poesia
Situated in a commanding position with a 360-degree view of the Itria Valley, Masseria Poesia off...

Contrada Lamia Perroni, Ostuni (Brindisi)
27.21 Kilometers from Oria
Casa Flamì 2
A nice apartment, ideal for a vacation in Ostuni, consisting of a bedroom and a kitchen equipped ...

Via Pier delle Vigne, 5 - 72017, Ostuni (Brindisi)
26.18 Kilometers from Oria
= distances as the crow flies
La Locanda del Ristoro
Starters, orecchiette and meat dishes stand out between all the courses.

Via Brindisi 39/41, Cisternino (Brindisi)
30.38 Kilometers from Oria
= distances as the crow flies

Our news about Oria

5 magical Apulian villages in winter
Intriguing and exciting. These are the Apulian villages, which when winter arrives allow a journey through time enriched by suggestive atmospheres, with little squares and alleyways illuminated by lights, while the snow spreads its mantle on the landscape and the emotions are sky-high. The face and the seductions of the Apulian villages when winter comes: a mosaic of atmosphere to live intensely to discover the soul of the past in the choreog...
Continue
Religious events, processions and themed events not to be missed in the villages during Easter 2018
Nowadays it is not long before Easter and the calendar of the villages is full of events, processions and themed appointments to celebrate Easter period between tradition and surprises. From the weekend of the palms to Easter Monday it will be a very rich period of events and here is our selection that villages lovers can not certainly lose. Do not miss the opportunity to spend some of the holy easter days in a village and let yourself be surprised by the colors, the solemnity, the typicality and the sympathy that only our jewels can offe...
Continue