The Messapian Archaeological Museum of Oria 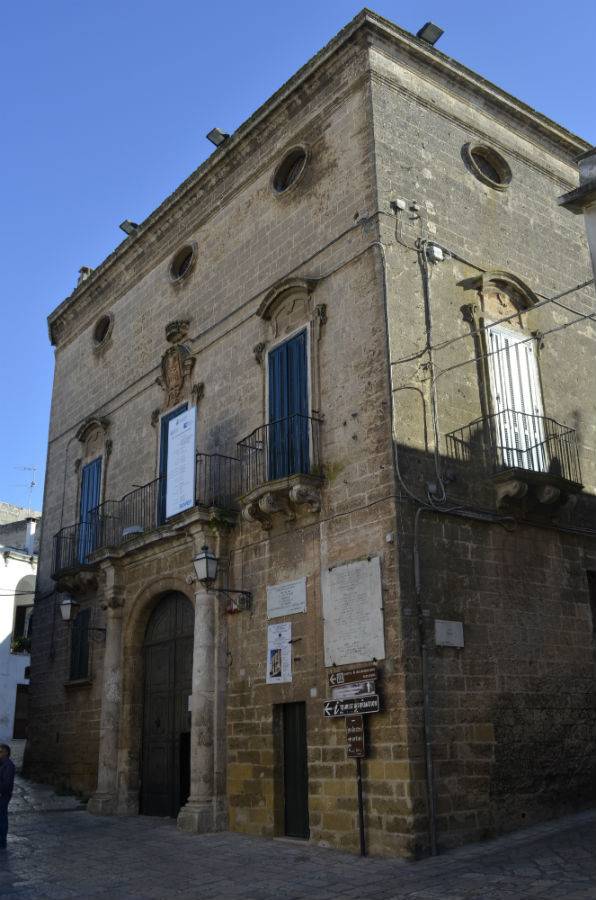 Palazzo Martini, situated in the heart of the historical center of Oria, On spiazzo popularly called "sobbr'Santa Croci", in reference to the ancient presence of the church dedicated to the Holy Cross of Jerusalem built - in front of the actual Palazzo Martini - from powerful abbot oritano Jesuit Nicola Coal, confessor of the Queen of Spain in 1770. The palace is a classic example of baroque architecture of the XVIII century. In the high part of the building there is the coat of arms of the city, in fact has hosted the municipality until 1985. Today it is used for exhibitions and official meetings; moreover currently houses a museum of archaeological material. In fact, it is the seat of the museum of the Messapian civilization that hosts finds related to tomb contexts and not have come to light in the urban area during the excavations initiated since 1950 in Oria. The materials exhibited cover a period of time between the Archaic Age and the Roman imperial and offer the possibility to seize the significant aspects of socio-cultural development of the populations of Messapian in relation to the cult of religion messapica, of the dead and the funerary customs common to the entire area of Salento. Open from Monday to Saturday 9:00-13:00. By appointment on Sundays and holidays.

Via Leone XIII, 21, Grottaglie (Taranto)
18.31 Kilometers from
La Nghioscia
La Nghioscia is a lovely vacation home with 3 rooms located in the heart of Grottaglie

Via D'Alessandro, 74023 , Grottaglie (Taranto)
18.51 Kilometers from
Re Sole Resort & SPA
Located halfway between Salento and the Gulf of Taranto, more precisely in Grottaglie, Re Sole Re...

Via Mannara, 57, Grottaglie (Taranto)
18.92 Kilometers from
Masseria Poesia
Situated in a commanding position with a 360-degree view of the Itria Valley, Masseria Poesia off...

Contrada Marinelli, 33 - 72014, Cisternino (Brindisi)
4861.22 Kilometers from
PiGreco Charming Trullo
The PiGreco Trullo is a charming bed & breakfast in the beautiful village of Ostuni

Contrada Lamia Perroni, Ostuni (Brindisi)
4862.04 Kilometers from
Casa Flamì 2
A nice apartment, ideal for a vacation in Ostuni, consisting of a bedroom and a kitchen equipped ...

Contrada Cervarolo, Ostuni (Brindisi)
4859.29 Kilometers from
= distances as the crow flies
La Locanda del Ristoro
Starters, orecchiette and meat dishes stand out between all the courses.