Share
Of ancient origins, the blue country enjoys an excellent geographical position from which it is easy to reach both the regional capital, that Taranto, Alberobello and the Valle d'Itria, Polignano a Mare, Monopoli, Matera, Brindisi, Lecce and Salento . Its name has been maintained by virtue of the characteristic blue-tinted houses that have always populated the oldest part of the city, and of which there is still a trace.

A look at Casamassima 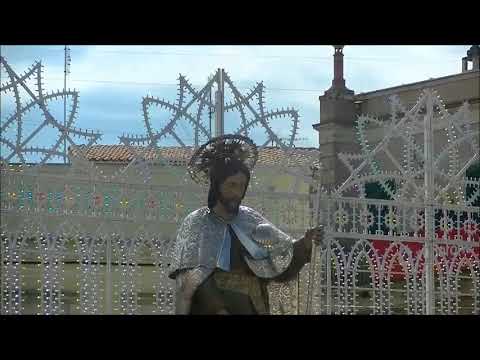 The village of Casamassima rises to the southeast of Bari in Puglia. It enjoys an excellent geographical location, which puts it in an optimal position to reach the main town of the region, that Taranto, Alberobello and the valle d'Itria, Polignano a Mare, Monopoli, Matera, Brindisi, Lecce and Salento.

Founded during the wars tarantine, according to an ancient legend, by Fabio Massimo, said the Temporeggiatore, that here we created a camp (in Latin Castrum), from which the Castrum Maximi (camp of maximum), then became Casamassima. The first official document that refers to Casamassima - even though there is no lack of historical theses different - seems to stretch from the Codice Diplomatico Barese of 962, during the period of domination of Byzantium. The origins of Casamassima, therefore, seem to date back to the VII - VIII - IX century. In 1348 the town was sacked by the hungarian troops led by Philip of Sulz, while in 1384 was part of the principality of Taranto. In 1608 it was purchased by Michele Vaaz, then later passed to the De Ponte di Napoli. In the XX century, instead, Casamassima lived a period of large territorial expansion and urban planning.

The ancient village began to grow toward the VIII century, with walls that dates back to 1100. Destroyed by the Hungarians in 1348 the same walls was immediately rebuilt.Place millenarian history, renamed in the sixties of the XX century Country Blue by the milanese painter Vittorio Viviani, who came for the event in the ancient village has retained the name by virtue of the characteristic houses painted of blue that always populate the oldest part of the city, and which still today there is no trace. Of medieval origins, it is articulated through a articulate of small alleys and chiassi (narrow alleys and without exit), courts and stone buildings that were once all blue. The legend more fascinating dates back to the second half of 1600, when the feud of Casamassima belonged to the Duke Vaaz Michele Conte di Mola di Bari. It was then that a terrible epidemic of plague, imported by the sailors who came from the East, threatened Bari and the hinterland to the poor hygienic conditions of the entire territory. The inhabitants are closed in the walls, hoping for a miracle: the plague spared Casamassima. Thus the casamassimesi, as a sign of gratitude toward Our Lady, Most Holy Mary of Constantinople, and by order of Duke Vaaz tinteggiarono, their houses of the village, by adding to the quicklime the blue, namely the color of Manto della Madonna. Since then the houses continued to be painted blue for centuries. The effigy of the Madonna di Costantinopoli is still found today in the mother church and under the arch of Santa Chiara. In the sixties of the twentieth century, the Milanese artist Vittorio Viviani, in stay from our parts, fascinated by the unique colors of the houses of the ancient village of Casamassima, immortalised in some of his canvases, denominating the historical center casamassimese 'the country blue'.

The territory, situated in the lower Murgia, is characterized by the presence in the subsoil of caves, whose formation is the fruit of the underground work of an aquifer karst. In the agro casamassimese there are also traces of the past millennium of the village as a menhir and megaliths. Inside of the ancient village, the so-called old country, worthy of note are the church of Santa Croce, for casamassimesi Mother church, the monastery of Santa Chiara, the convent of Monacelle nuns, the arc of the shadows, the chapel of San Michele, that of Our Lady of Sorrows, Port Clock, and then the church Maria Santissima delle Grazie, that of Purgatory, Santo Stefano, of the Rosary. Without forgetting the Victory Monument to the Fallen and the rural churches of the territory casamassimese: Santa Maria del Soccorso, perhaps even better known as the church of Santa Lucia, the church of the Blessed Virgin Mary of Mercy, the Badia di San Lorenzo. And, again, the Polish cemetery which is located not far from SS 100, the road that leads to Bari.

Via Gentile, 35, Cassano delle Murge (Bari)
14.24 Kilometers from Casamassima
Sanctuary and the monastery of Santa Maria degli Angeli
In 1250 takes place the discovery of the image of the "Madonna degli Angeli", was painted on a wa...

Piazza Canonico Don Antonio, Via Angelantonio Lippolis, 16 - 70011, Alberobello (Bari)
32.80 Kilometers from Casamassima
Masseria Ferragnano
The origins of the masseria Ferragnano date back to 1500, following the liquidation by the Royal ...

Via S. Vito, 219, Polignano a Mare (Bari)
23.91 Kilometers from Casamassima
The Church of San Marco
To the north, about five kilometers from the village of Locorotondo, in proximity of the Selva di...

Via Molfetta, 18/20-70054, Giovinazzo (Bari)
33.17 Kilometers from Casamassima
Trattoria-Pizzeria Il Cuccundeo
Open at lunch and dinner, this trattoria offers traditional dishes of Apulia with a touch of orig...

P.zza Aldo Moro, 14-70044, Polignano a Mare (Bari)
25.64 Kilometers from Casamassima
Lilò Norcineria, Ristorante e Pizzeria
This pizzeria is located in the very heart of Bitonto (known as the town of olive-yards)

5 magical Apulian villages in winter
Intriguing and exciting. These are the Apulian villages, which when winter arrives allow a journey through time enriched by suggestive atmospheres, with little squares and alleyways illuminated by lights, while the snow spreads its mantle on the landscape and the emotions are sky-high. The face and the seductions of the Apulian villages when winter comes: a mosaic of atmosphere to live intensely to discover the soul of the past in the choreog...
Continue
The Killer Dish of Apulian Cuisine: Spaghetti all'Assassina
Photo by angolodidafneilgusto.com Apulia is considered one of the most popular regions in which to spend a holiday, not only for its scenic beauty and historical-artistic heritage but also for its food and wine. There is no dish in Bari and its province that does not delight the palate of lucky patrons with focaccia, braciole, the famous orecchiette alle cime di rape, mussels and the very tasty Spaghetti all'Assassina. Curiosity
Continue