Share
The village of Fagagna was already inhabited in Roman times, when it was a passage station on the road that connected the town hall of Concordia Sagittaria to Gemona on the way to the Norico. 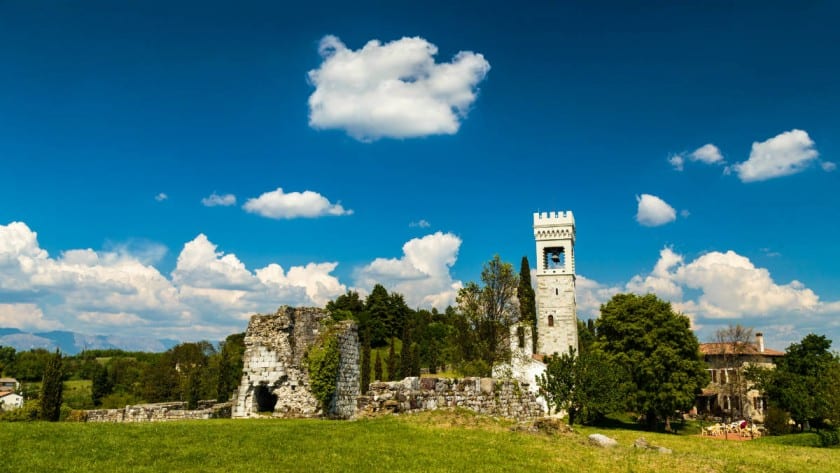 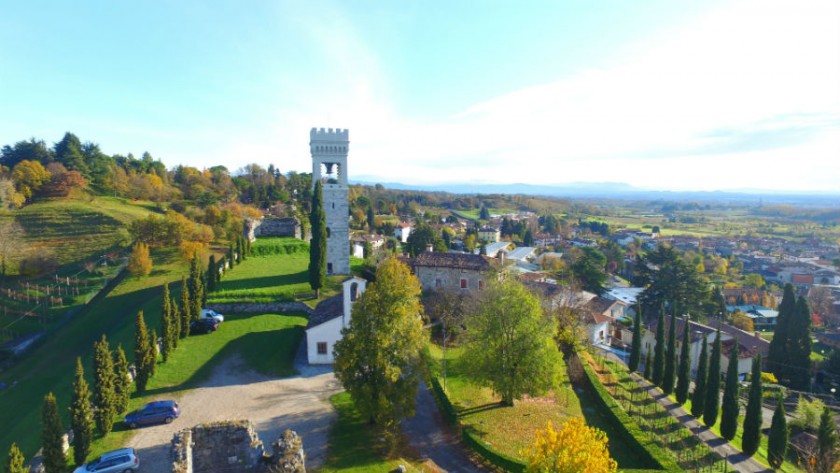 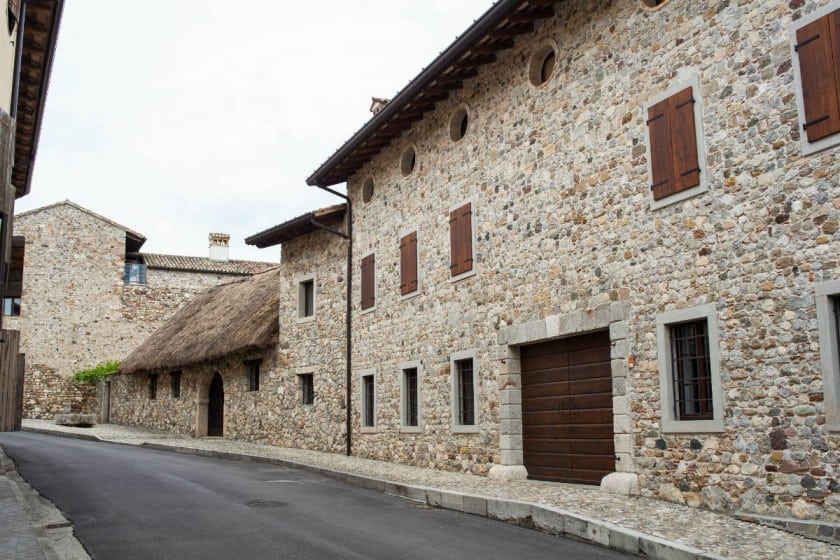 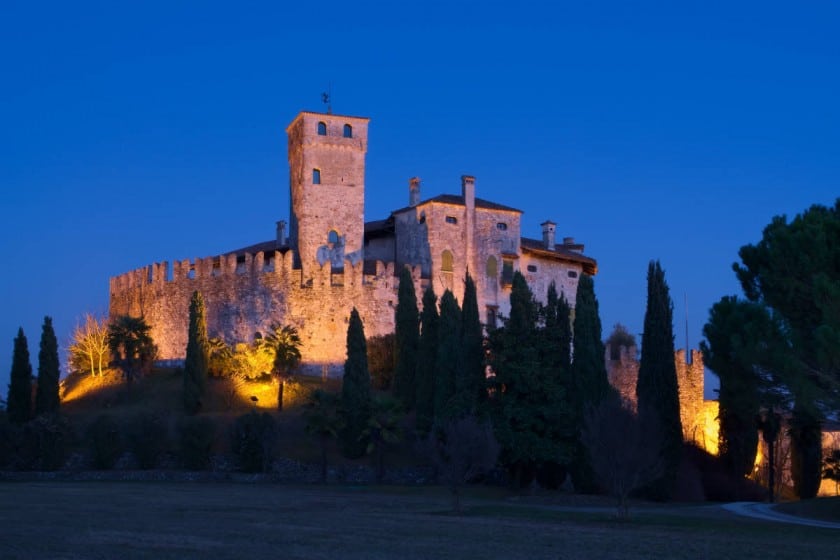 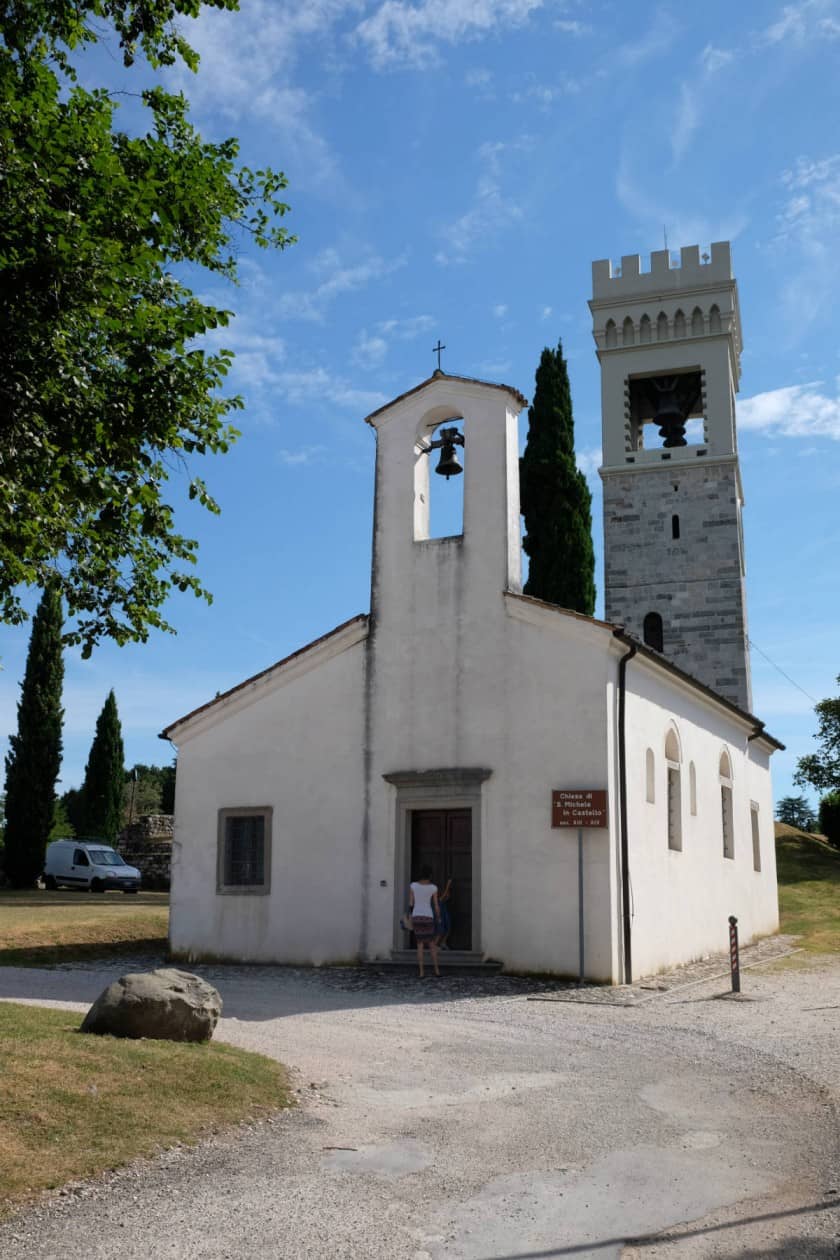 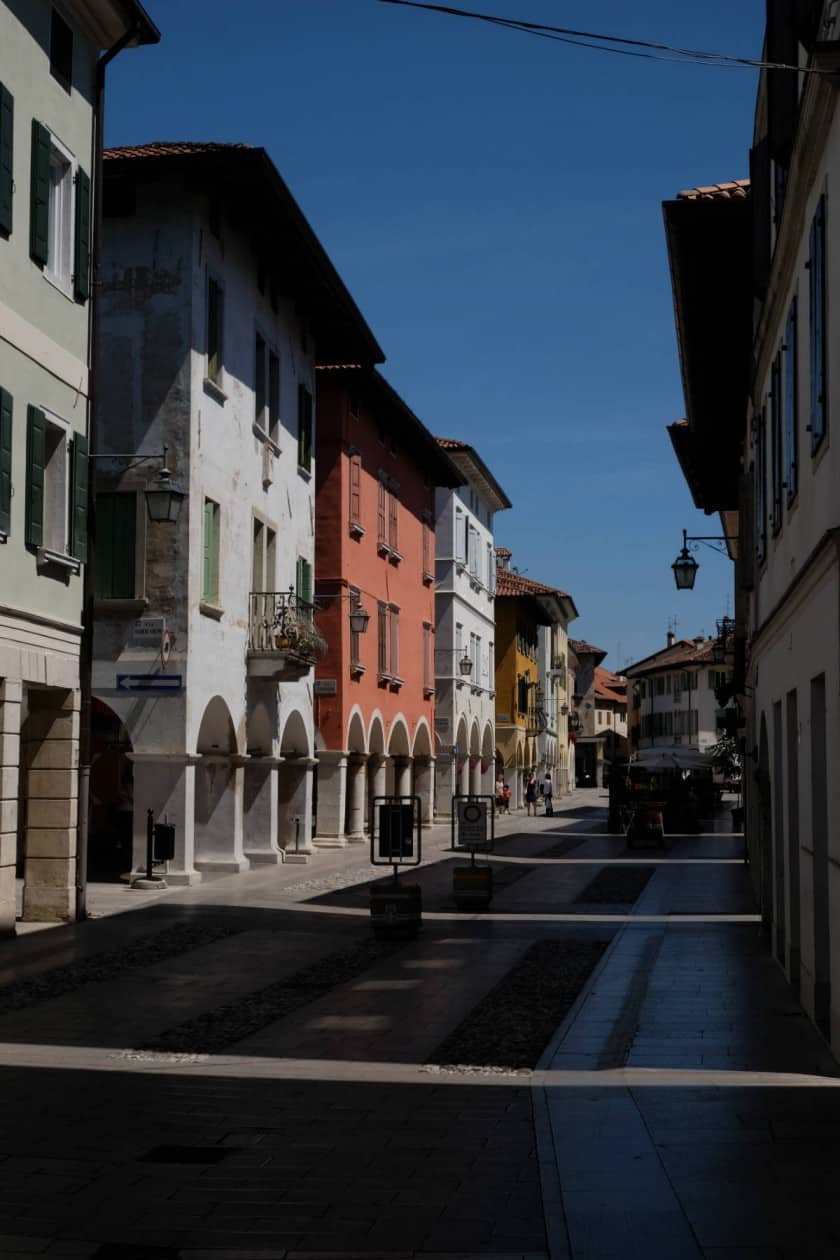 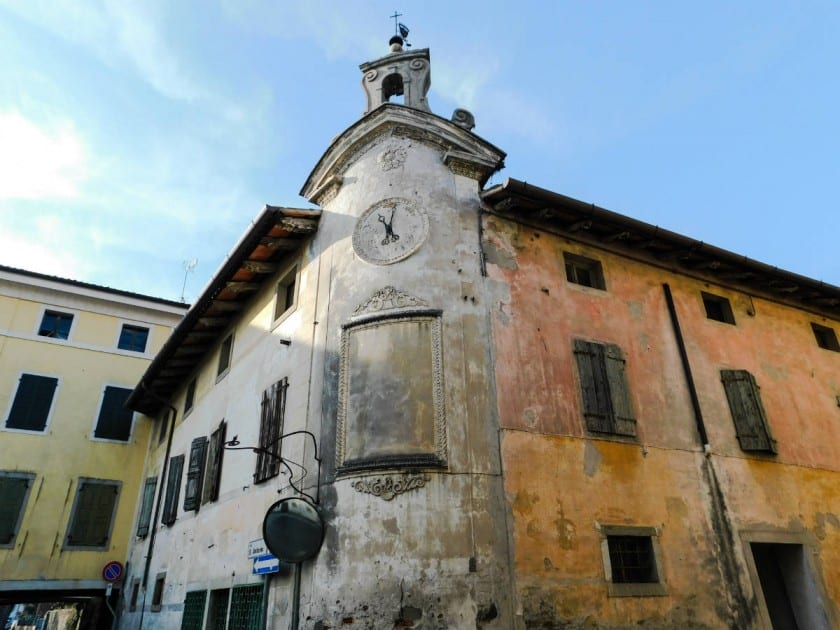 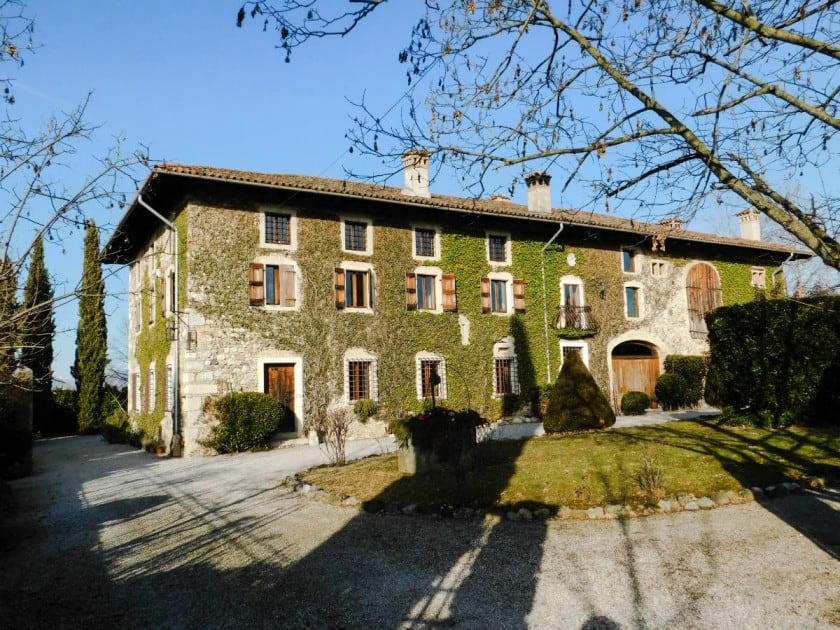 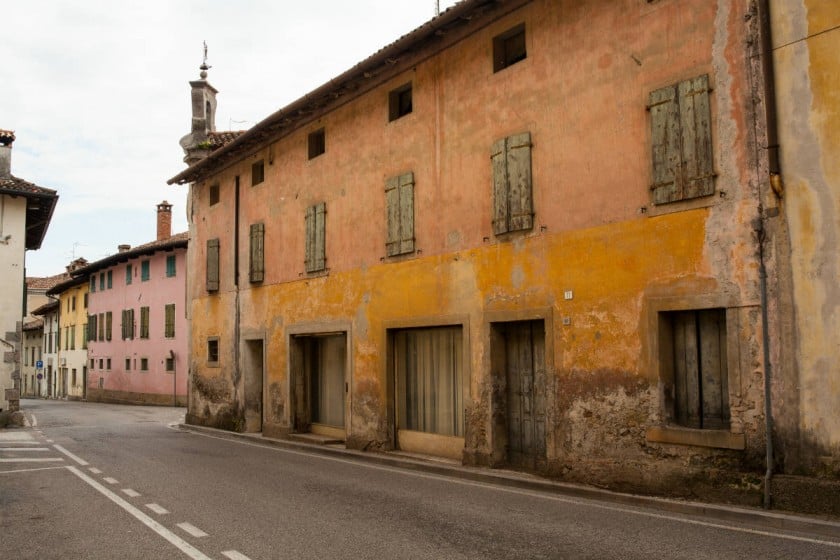 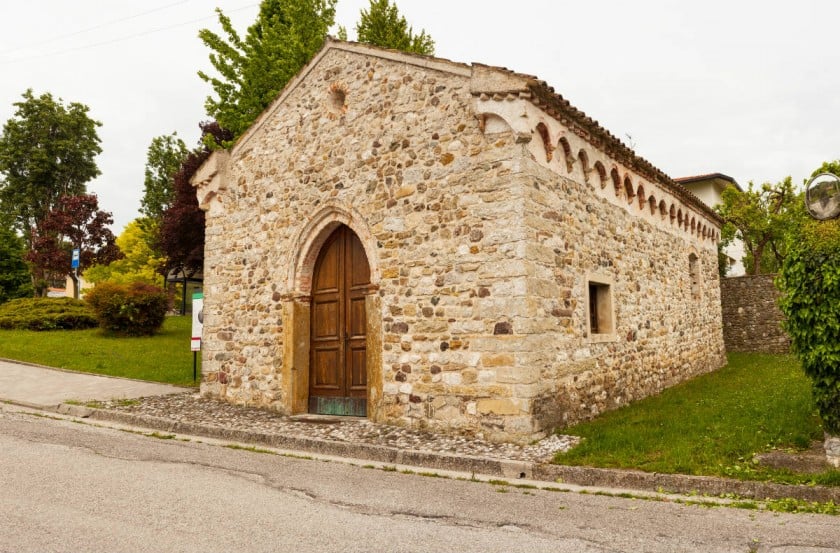 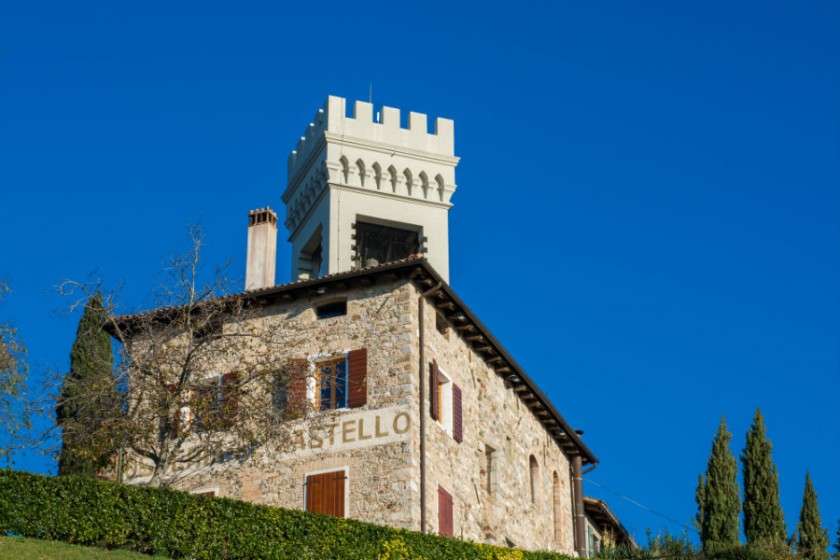 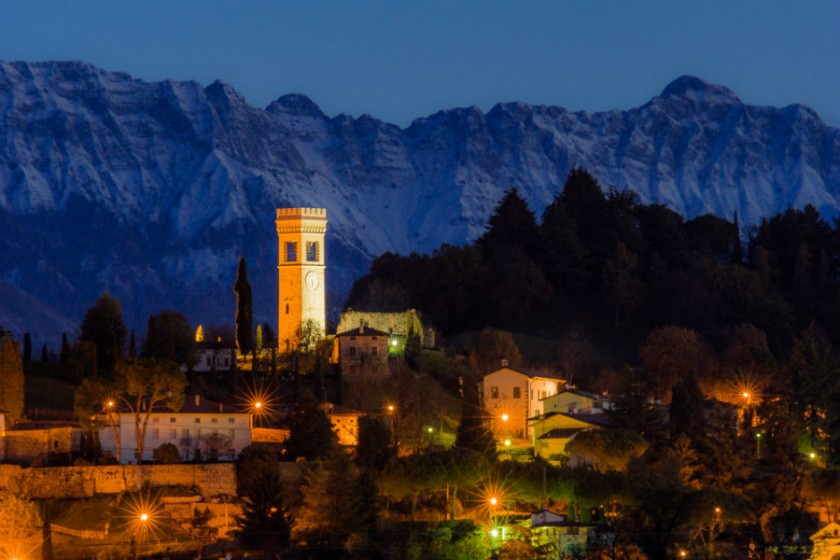 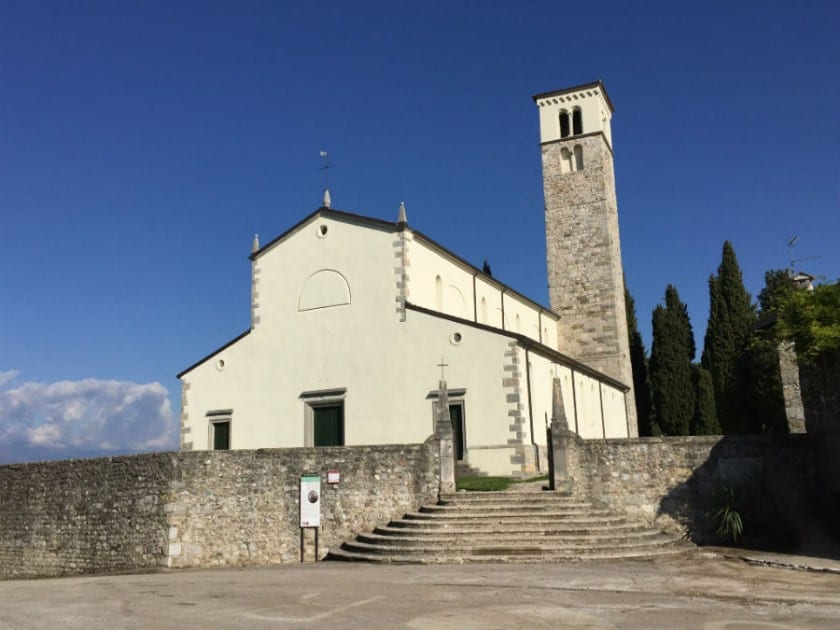 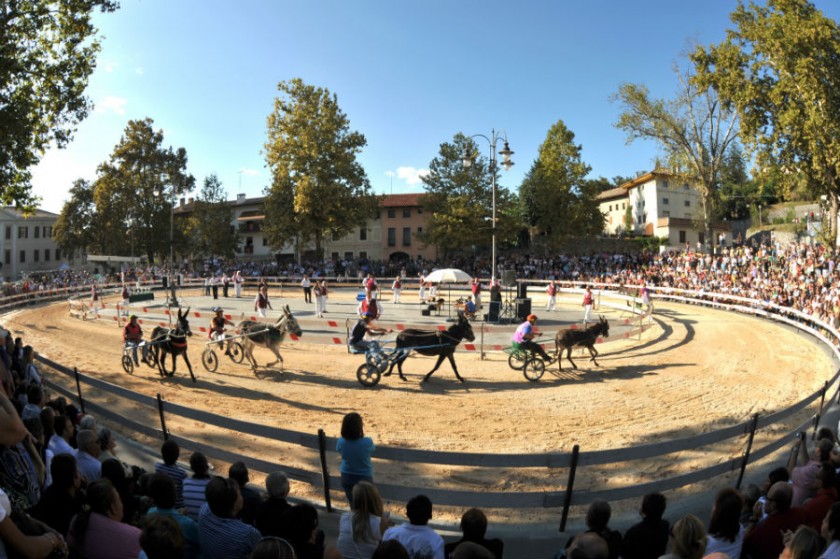 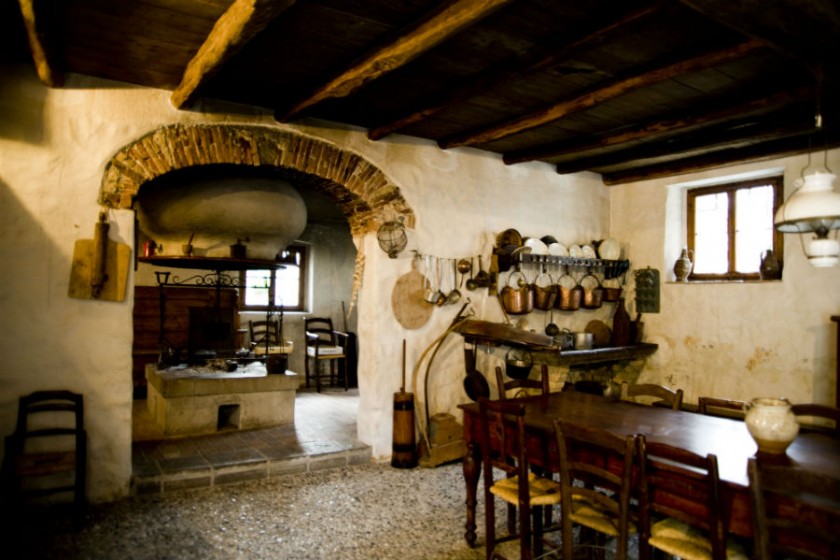 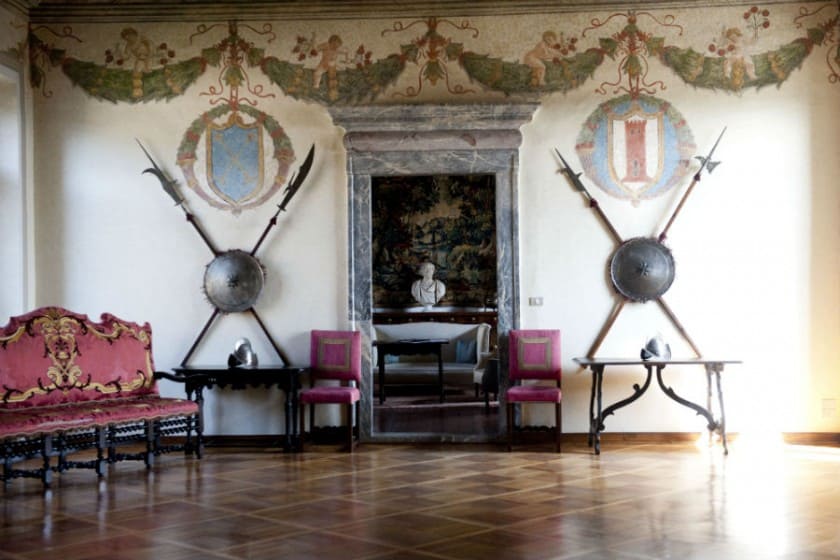 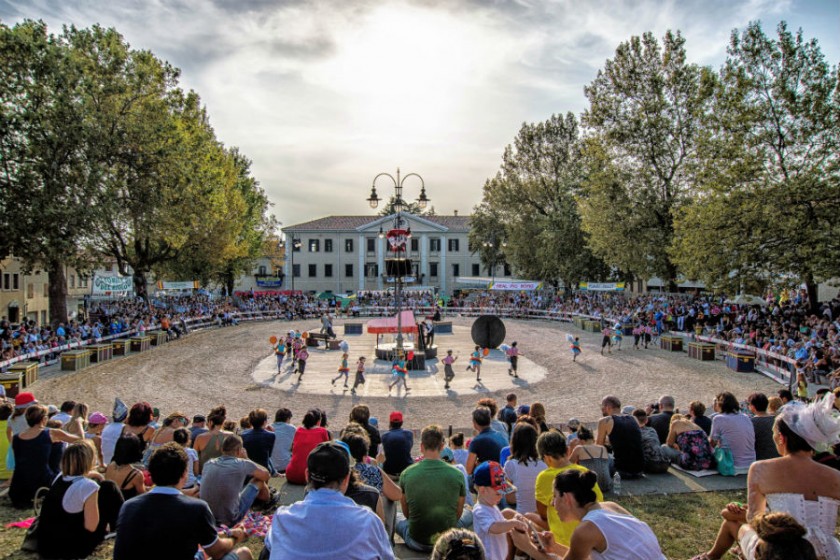 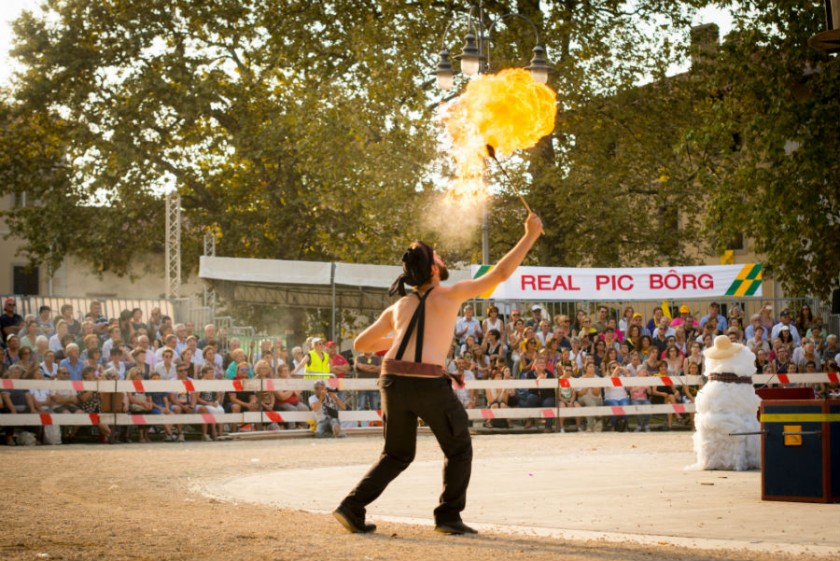 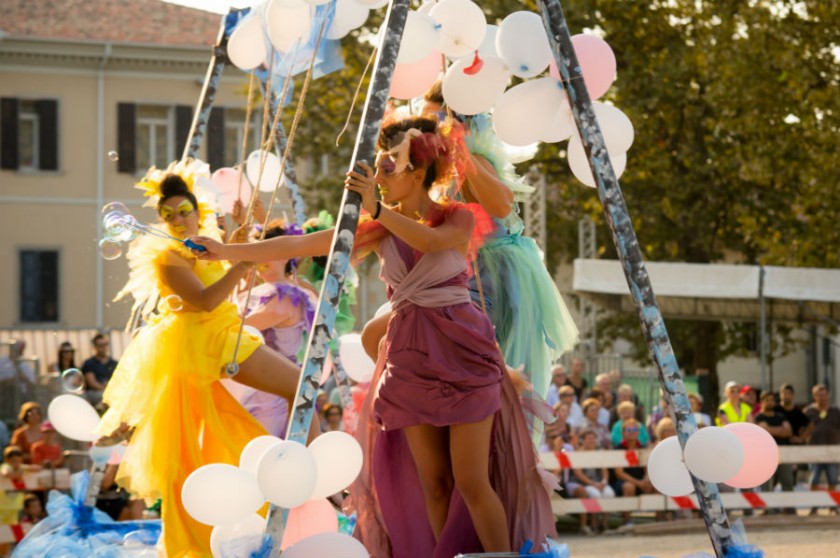 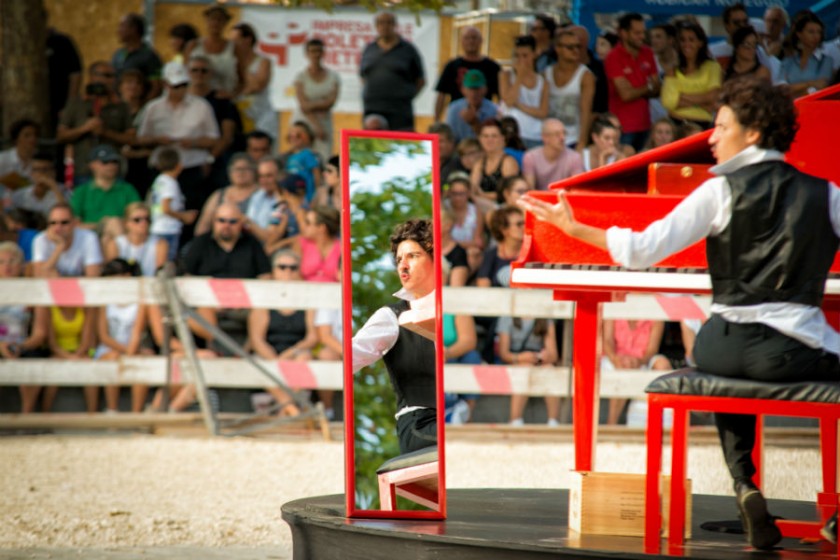 the village of Fagagna (Feagne in Friuli dialect), the village of donkeys, appears for the first time in 983. The site was already inhabited in Roman times when it was the transit station on the road linking the town hall of Concordia Sagittaria in Gemona on track toward the Noriker. The patriarchs of Aquileia gave the castle in fief to a consortium of noble families and committed themselves to a steward the administration of justice and the protection of their interests in the territory of gastaldìa, which in addition to Fagagna included other seventeen villages. Around the castle there were five small villages that toward the end of the XIV century, together with the castle gave origin to the Community of Fagagna, governed by a Board of twelve, four noble of the castle and eight popular. After many vicissitudes of wars, sieges and betrayals, Fagagna he gave in 1420 to the armed forces of the Republic of Venice have arrived at the conquest of Friuli.

The castle, now little more than a ruin, rises on a site inhabited since the Roman Age, even if the first official documentation goes back to the patriarchal period (983 d.C.). Of the ancient fortifications survive only few elements including biceps of the defensive walls, the port of Borgo, the Castellana tower with the clock (transformed into a bell tower), the ruins of the tower mistress, A Casetta fourteenth century and the church of San Michele Arcangelo, considered the ancient oratory of Castellani existing and already in 1386.

Between the civil buildings stands out the community house, dating back to the Renaissance, with beautiful loggia on the lower floor. Not far from the modern town center in the Naturalistic Oasis of Quadris started the project for the rehabilitation of the white stork. Along the road from Fagagna proceeds toward Colloredo of Montalbano is quite usual meet pairs there storks that occupy their nests on the roofs of the houses or on the streetlights.

Ciase Cocél instead is a real insight into the rural life in the last century. This is not simply an ethnographic museum, here we really enter into the life of an ancient rural farmhouse. In the building, built entirely in the Sassi, you relive all the rites of peasant life in Friuli of the early twentieth century.

Every first Sunday of September, from 1891, in piazza di Fagagna takes place the traditional stroke of the donkeys.

Cjase Cocèl Peasant Life Museum
The Cjase Cocèl Museum of Fagagna, housed in an ancient rural house dating back in some of its pa...
Via Lisignana, 40, Fagagna
Quadris Naturalistic Oasis
located north-west of the center of Fagagna, the Oasis of Quadris is a Site of Community importan...
Via Caporiacco, Fagagna
Villalta Castle
Villalta Castle is the most important medieval manor house of Friuli Venezia Giulia.
Via Castello di Villalta, Fagagna
Parish church of Santa Maria Assunta
In Fagagna, going back up the road that from the area of Quadris leads to the Colle del Castello,...
Via della Pieve, 26, Fagagna
Church of the Holy Christ's Body
the Church of the Holy Christ's Body is located at Valvasone, in Friuli Venezia Giulia.

Borgata Cima, 97, Sappada (Udine)
57.83 Kilometers from Fagagna
Christian and Cathedral Treasure Museum
The Christian Museum of Cividale del Friuli is set up in some premises adjacent to the cathedral ...

Find where to sleep in Fagagna

Frazione Lateis, 3 - 33020 , Sauris (Udine)
45.99 Kilometers from Fagagna
Hotel Pa Krhaizar
The Hotel Pa Krhaizar in Sauris is the perfect place to enjoy a great holiday in the Friulian vil...

Piazza Municipio, 14, Venzone (Udine)
24.86 Kilometers from Fagagna
Malga Alta Carnia cheese
Malga della Carnia cheese made from raw milk is one of the products par excellence along with tho...

Via Sauris di Sotto, 98A- 33020, Sauris (Udine)
48.65 Kilometers from Fagagna
Sauris Trout
ZEA, Sauris' smoked trout is born from the sources of Friuli and its smoking takes place in a loc...

Via Sauris di Sotto, 10 - 33020, Sauris (Udine)
48.75 Kilometers from Fagagna
Legnostile Artistic Laboratory
Legnostile is the artistic laboratory that connects the past and present for woodworking but with... 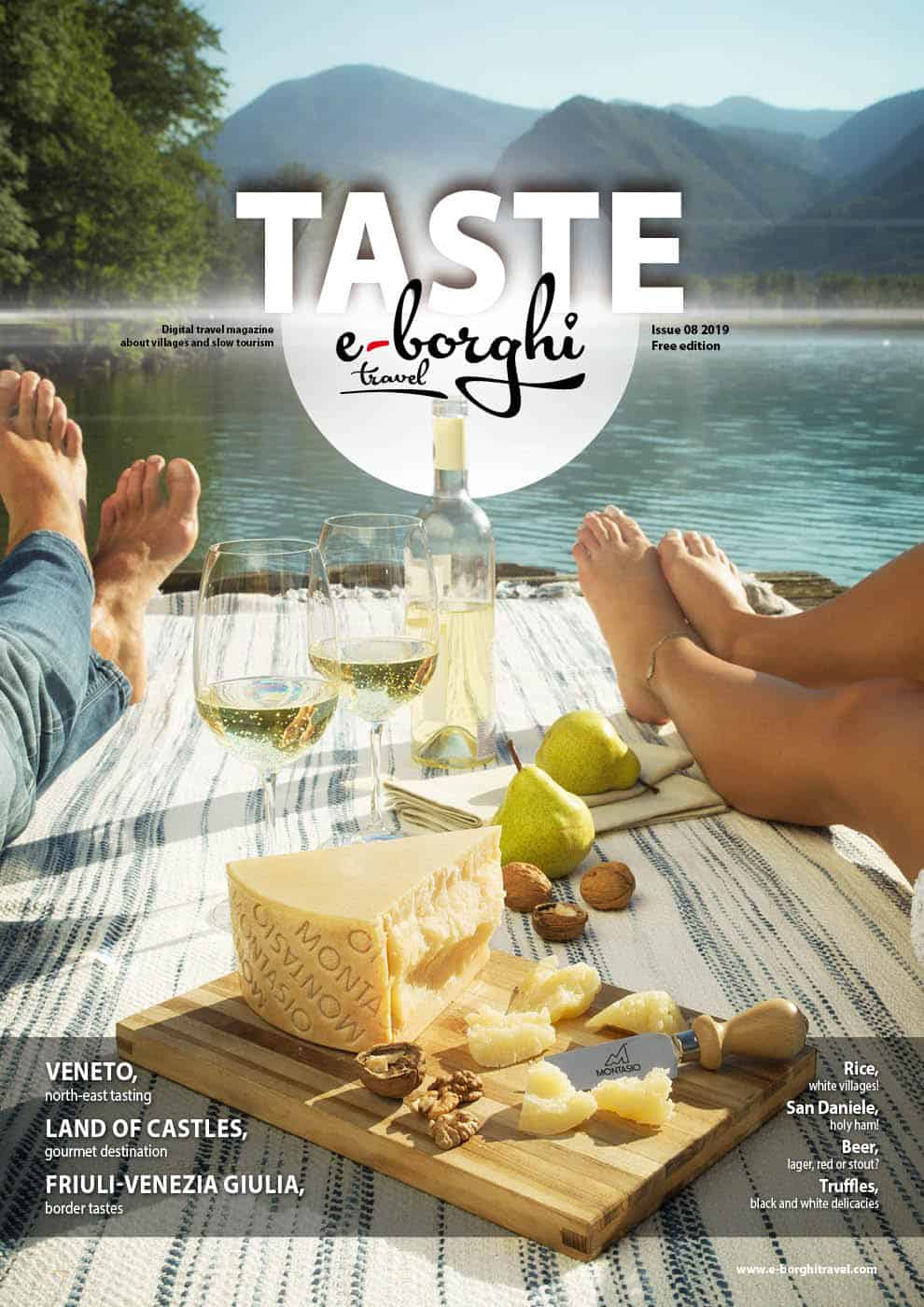 Fagagna is present in issue 8 of our digital magazine e-borghi travel.
Read it now! 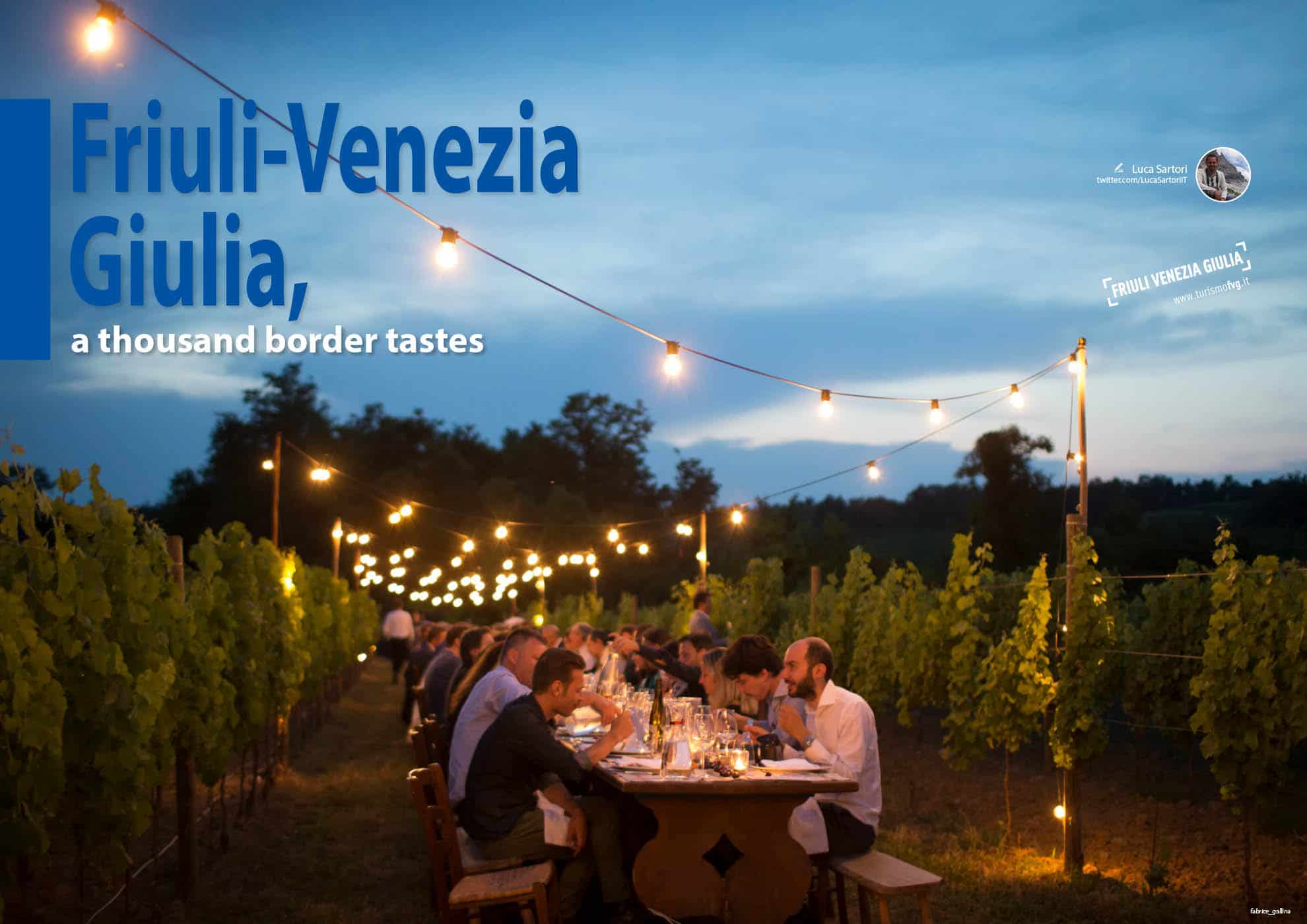 Stroke of the Donkeys

Friuli-Venezia Giulia, a thousand border tastes
In Friuli-Venezia Giulia, on the very North-East of Italy, the middle European, the Venetian and the Slavic cultures come together. Like the art and the traditions, the tastes from this area are a combination of different cultures that produce many unique products and recipes that are influenced by the landscapes, the environment and the climate. There are some typical products that have been awarded with the DOP (protected Designation of Orig...
Continue
Discovering the natural reserves of the villages of Friuli Venezia Giulia
Concurrent with the release of the June 2018 issue of Borghi magazine, here is a gift for all nature lovers. In the family, in pairs or for solitary adventurous, we will deepen the discovery of the water lands and the natural reserves of Friuli Venezia Giulia. Excursions on foot, by boat or by bike, and then unmissable events, birdwatching, unique landscapes and a brand new interactive app for your holidays in contact with nature! L...
Continue
Recipe: Jota, the tasty minestrone of the Friulian villages
In the past, the jota was based on essential and protein ingredients: sauerkraut, beans and cornmeal. The only concession to the throat was given by the pestat, a mixture of lard and aromatic herbs. Nowadays this typical cuisine cooked in the villages of Friuli-Venezia Giulia - also present on the tables of the provincial capitals - is served all year round and, depending on the climate, hot, cold or lukewarm, usually accompanied by wine glasses of the Carso that enhance its flavor. The jota also represents the pleasure of meeting and lig...
Continue