Share
What makes the village fascinating is the typical Islamic neighborhood, called Casbah. Today Mazara embodies centuries of history thanks to the numerous monuments that evoke the different cultures that have characterized the area. The country is also one of the most important and well-known fishing ports in the Mediterranean and its cuisine, among those of the region, is one of the most varied, precisely because of the different influences of the peoples that have characterized its territory.

Cathedral of the Santissimo Salvatore

Cathedral of the Santissimo Salvatore 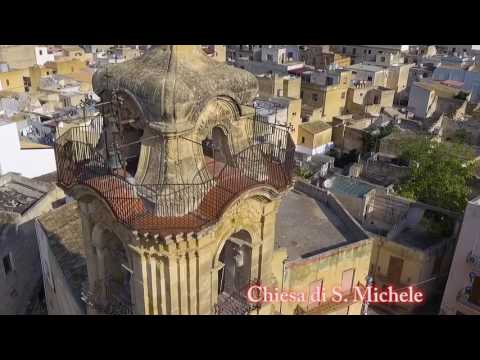 MThe village of Mazara del Vallo overlooks the Mediterranean Sea, in the province of Trapani and is about 200 km from the coasts of Tunisia. What makes the village fascinating is its urban layout, since a typical Islamic neighborhood called Casbah is enclosed within the walls.
The neighborhood, of Arab origin, has many houses that recall the typical style of the time and is crossed by a fair number of small tunnels. The Casbah is inhabited by a Tunisian community that helps keep the style of the past intact, with majolica and other decorative elements on the facades of the houses.

Thanks to its geographical position, Mazara del Vallo acquired its maximum splendor in June 827, with the arrival of the Arabs who praised it for the beauty of the buildings, the economic and port prosperity and the prosperity of the gardens. With the rule of the Normans of 1072, Mazara del Vallo was enriched with churches, convents and monasteries, becoming the seat of the Bishopric in 1093.

Today the village embodies centuries of history thanks to the numerous monuments that recall the different cultures that have characterized the territory. Note the splendid Norman church of San Nicolò Regale which stands near the heart of the town, built in 1124. In the Piazza Plebiscito, the Church of Saint Ignatius and the former Jesuit college with its 24 gilded columns surmounted by imposing arches. Opposite the College, the former Church of Sant Egidio hosts a Museum dedicated to one of the most important legacies of the classical age of Greek art: the bronze statue of the dancing Satyr. Other churches that are worth a visit are the church of San Francesco, an example of Sicilian baroque, rich in polychromy and decorations, and the Church of San Vito, patron saint of the city, located on the seafront.

The main square of Mazara is Piazza della Repubblica which overlooks the Cathedral Basilica of the Holy Savior.
In addition to the Cathedral Basilica, there is also the splendid Episcopal Seminary with the Diocesan Museum inside. Smaller but no less historic is Piazza Mokarta, famous for the presence of the Norman arch, the only ruin of the castle built by Roger II.

Mazara is also one of the most important and well-known fishing ports of the Mediterranean, its cuisine among those of the region is one of the most varied, due precisely to the different influences of the peoples that have characterized its territory. The fish is the primary element of the local gastronomy and among the typical dishes of the territory stand out the pasta with sardines and couscous, an Arab dish adopted by the mazaresi and made with fish.

Via G. Cosenza, 26, Salemi (Trapani)
26.11 Kilometers from Mazara del Vallo
Florio Houses
The Florio Houses constitute an example of rural architecture of Sicily on the island of Levanzo,...

Villa Florio, Via Calvario, Isola di Levanzo, Favignana (Trapani)
43.49 Kilometers from Mazara del Vallo
Spanish quarter
The Spanish Quarter is an ancient fortress of Erice from the first half of the 17th century that ...

Via Piscina Apollinis, 91016, Erice (Trapani)
43.05 Kilometers from Mazara del Vallo
Norman Castle
The Norman Castle is built on top of the hill where rises the village of Salemi, in Sicily.

Piazza Alicia, 13, Salemi (Trapani)
26.20 Kilometers from Mazara del Vallo
San Giuliano church
The church of San Giuliano is one of the oldest places of worship in Erice, dedicated to San Giul...

Via Roma, 7 - 91016, Erice (Trapani)
42.82 Kilometers from Mazara del Vallo
Mafia Museum
The Mafia Museum of the village of Salemi, in Sicily, was designed by Oliviero Toscani.

Mazara del Vallo is present in issue 4 of our digital magazine e-borghi travel.
Read it now!

Itinerary: South-Western Sicily, the wonders of nature and the masterpieces of the Baroque

The Feast of San Vito (second half of August)

South-Western Sicily, the wonders of nature and the masterpieces of the Baroque
The coastline road between Agrigento and Trapani is not crossed by è huge number of tourists but it’s one of the most amazing areas of Sicily. Starting with Sciacca that combines its marine soul with the temper of an elegant lady. The view over the tiny coloured fishers’ houses is wonderful and a stroll in the historical centre is what you need to discover the aristocratic palaces, their stone doorways, their wrought iron ba...
Continue
Recipe: Eggplant caponata from Mazara del Vallo
The eggplant caponata is a typical Sicilian dish and embodies the history, aromas and vastness of the cuisine of this great island. In reality, it was the Arabs who brought the first eggplant caponata to Sicily during the landing in Mazara del Vallo. Also interesting is the popular belief linked to the origin of the name "caponata": it would seem that the wealthy lords of the time used to have a fish served in Sicily that ...
Continue
Sgarbi proposes to bring the Dancing Satyr to Vinitaly 2018
It is not new the idea of ​​Vittorio Sgarbi, Councilor for Cultural Heritage of the Sicily Region, of wanting to bring the Dancing Satyr to the next Vinitaly in the pavilion that will host the Sicilian cellars. Already a few years ago the councilor expressed this desire that today could be realized, as announced during an interview with the online newspaper CronachediGusto. According to Sgarbi, the Dancing Satyr "...is just one of the symbols of the myth that recalls wine, an important find that reminds us how much wine drinki...
Continue