Share
Amatrice set in an area on the border of 4 regions: Lazio, Umbria, Marche and Abruzzo, it is home to the agri-food center of the Gran Sasso National Park and Monti della Laga. The cuisine that it can offer is therefore excellent, from its famous pasta dish to Amatriciana, to curly gnocchi with cheese, to spelled soup, all dishes prepared exclusively with zero kilometer products.

A look at Amatrice 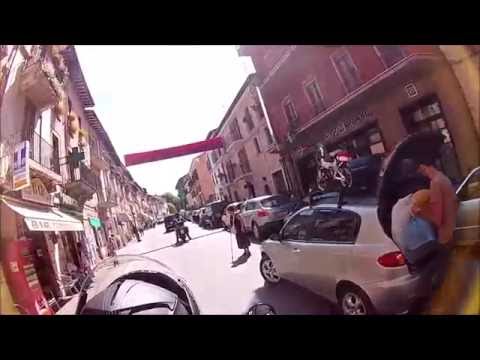 The Village of Amatrice (Amatrici in sabino dialect) is located in the Lazio region and is the seat of the agri-food pole of the Parco Nazionale del Gran Sasso e Monti della Laga. Amatrice is situated at the center of a green valley, nestled in turn in an area on the border of the well 4 regions: Lazio, Umbria, Marche and Abruzzo, in a strategic area of passage between the Adriatic and the Tyrrhenian. Rising from the valley toward the peaks, you leave the cultivated fields and woods mainly formed of Cerro, chestnut and poplar, and then enter in the characteristics of the beech woods of the mountain. The wood is thus pushes up to about 1800 meters of altitude, to then leave the space to the meadow of altitude which, at the beginning of the summer, undergoes the effect of the phenomenon of flowering.

Archaeological findings show that the conca d'Amatrice was inhabited by man since prehistoric times. The proximity to the route of the ancient via Salaria favored the development of settlements in the territory amatriciano already in the Roman era. In the Roman era date back the ruins of buildings and tombs discovered in several areas of the territory, well-known for its Roman writers as Summa Villarum, term with which he identified for extended throughout the area currently occupied by the town of Amatrice. In 568 the Longobards invaded Italy and became the Duchy of Spoleto, subdividing it in committees and Gastaldati and the territory of today's Amatrice passed under the Committee of Ascoli. In the Register of Farfa are remembered for the period that goes from the half of the VIII century to the beginning of the XII, the names of many places and villages of the current common and, among them, in 1012, also that of the matrix, recalled again in 1037 in diploma with which the Emperor Conrad II confirms to the Bishop of Ascoli all his possessions. In reality the name of matrix appears in age still front, during the middle of the X century in 940. Only around 1265, at the time of King Manfred of Sicily, Amatrice becomes part of the Kingdom of Sicily and later of the Kingdom of Naples. The city is not wanted to undergo the Angevin domination and even more times, rebelled openly, sucking to independence and parteggiando for part of Ascoli Piceno. In 1271 and in 1274 Charles I of Anjou sent armies to eradicate the resistance of amatriciani and reduce the city to obedience. At the same time we are witnessing the disappearance of the barons and training, with head Amatrice, of the Universitas, i.e. the municipality in the territory freely organized, relatively autonomous from the central power, which is governed by a parliament. Amatrice participated in the Crusades and from this source would be the cross that shines on the municipal coat of arms.

In the XIV and XV centuries Amatrice continues to fight with the city and surrounding castles, for border issues and prestige. Remained famous conflicts with Norcia, Arquata and L'Aquila. Traditional ally of Amatrice was the city of Ascoli. The Aragonese sovereign Ferdinand jaded, the revolt of the barons in 1485, in the following year rewarded Amatrice, by granting it the privilege of minting coins with the motto Fidelis Amatrix. Subsequently Amatrice, between 1582 and 1692, for marriage of Beatrice Calves grandson of Alessandro, lived under the dominion of the Orsini family of Mentana branch of Bracciano.

In 1639 Amatrice and villas summatine were seriously damaged by the terrible earthquake of days 7, 14 and 17 October. Fell a good part of the Orsini palace, as well as most of the houses and churches. It is estimated that died more than eight thousand people. Other earthquakes occurred in 1672, in 1703 and 1730. At the end of the XVIII century and throughout the next century, Amatriciano territory, as a good part of the Papal State and the Kingdom of Naples, was affected by the phenomenon of brigandage. The banditry became a political background and social and greatly expanded in the entire aquilano from 1861 when occurred the annexation of the Kingdom of the Two Sicilies from part of the Kingdom of Sardinia with head Vittorio Emanuele II. In the Napoleonic era, with the proclamation of the Neapolitan Republic (23 January 1799), the general Championnet with a decree of 9 February 1799, divided the territory in 11 departments. Amatrice constituted one of the 16 cantons of the Department of Pescara, with capital L'Aquila. In recent decades that preceded the unity of Italy, many amatriciani took an active part in the various revolutionary movements (1814, 1820, 1831, 1848, 1860); between all it detaches the figure of the illustrious patriot Pier Silvestro Leopardi. With the unification of Italy Amatrice was inserted in the Abruzzo Aquilano, and only in 1927, with the creation of the province of Rieti, the city became part of Lazio.

On 24 August 2016 Amatrice was seriously damaged by an earthquake with its epicenter in nearby Accumoli; its Amatrice has paid the greatest tribute of human lives at the event.

In the urban fabric stand out the slender civic tower dating back to the XIII century and the strict bell towers of the church of Sant'Agostino, characterized by a beautiful late Gothic portal and by the presence of valuable frescoes such as the Annunciation and the Madonna with Child and Angels, and the church of Sant'Emidio, dating back to the fifteenth century. Worthy of note are also the church of San Francesco in the second half of the fourteenth century characterised by a gothic portal of marble and containing in the apse frescoes of the XV century, and that of Santa Maria di Porta Ferrata. Amatrice is present also the Miniature Park in a garden of knowledge, where are reproduced to scale the monuments, the animals and the entire territory of the Parco Nazionale del Gran Sasso e Monti della Laga.

San Giovanni
San Giovanni, a small fraction of Sante Marie, is a small village where it is possible to admire ...

Delicacies from the Northern and Southern parks
Thick forests, stony ground, lakes and bogs then mule tracks, pastures, valleys and amazing landscapes often with a sea view. The quantity and variety of the Italian parks are unique. One life is not enough to know them well and the same goes for the food specialities you can taste in the villages that are spread around them. There’s nothing better than ending an enjoyable excursion by tasting the local food and buying the best products in the local tiny shops. We haven’t decided to describe a tasting route in this pages by ch...
Continue
Hope returns to Amatrice: the 'red zone' is reopened
Amatrice's wounded heart is no longer off limits and returns to be more hopeful than ever. 31 months after the earthquake of 24 August 2016 (yes, three years have passed since the huge catastrophe that caused the death of 239 people), the Municipality of Reatino officially reopens the so-called "red zone", that is that part of the reduced country in rubble that from now on will be accessible again. The decision was taken by the Single Inter-municipal Operative Center of Ci...
Continue