Share
Alcara Li Fusi lies on a rocky hill on the slopes of the Dolomite mountain chain of the Rocche del Crasto in the valley of the Rosmarino torrent. Of ancient origins, its roots seem to intertwine with the period of distribution of the ancient city of Troy in Greece from which, according to legend, a certain Patrio Turio descends.

Alcara li Fusi and the rocky spur of Crasto 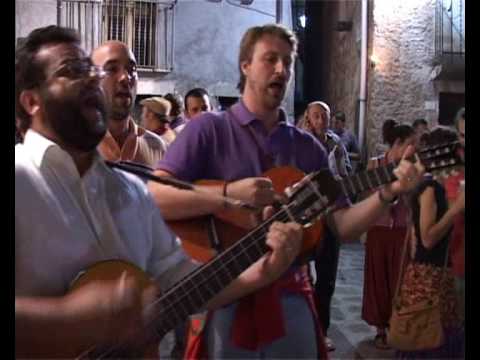 Alcara li Fusi (Larcara in Sicilian) is located on the slopes of the Nebrodi. According to the local vulgate The current suburb was born from the progressive abandonment of settlements located farthest upstream. The first true historical reference to the existence of Alcara is given by a document of 1096. It should be noted that the oldest quarter of the country, sprang up at the foot of the castel Turio (today a tower on a rocky spur, badly rebuilt recently on a ruin preexisting) takes the name of Motta which is to be referred to the typical pattern of fortifications Normano french and which foresaw a tower called donjon surrounded by a walled said Motte.

In the fifteenth century is attested to a Jewish community, probably the most ancient and particularly consisting in this area of the Nebrodi, confirming that Alcara was the trading and economic center. The Community will have disappeared in the XVII century with the expulsion from Sicily to all Jews not converted. In 1812 it took the name of "Alcara Li Fusi" as a center of production of the Spindles used for spinning. Are attested in the Nineteenth Century of variants as "Alcara de molten", "Alcara of the Spindles", "de Alcara li Fusi" and "Alcara of molten". This appellation was due to the need to distinguish this center inhabited by another "Alcara" or "Alcara" that for the same reasons it took the name of Lercara Friddi.

On 17 May 1860, Alcara was interested by a peasant revolt that has anticipated that similar and more famous of Bronte. The laborers exasperated by conditions of life desperate, nourishing expectations of redemption and social justice for the news of the imminent arrival of the Garibaldian assaltarono, the "Casino dei Nobili" killing with sickles and knives many people including a child. The Garibaldian, occurring, they imprisoned some of the mutineers who, after a quick process, were executed. The episode is at the center of the masterpiece of the writer Vincenzo Consolo 'The smile of the unknown sailor'.

The vast territory of Alcara, now enough uninhabited, but in the past affected by a sparse settlement related to agriculture and sheep farming has a large number of place names related to agricultural districts or specific places, interesting for their difficult etymology, such as for example Mangalavite, Papaleo, Calanna, Calamoni, Ciraseri, Vignazza and Lemina.

To Alcara li Fusi is survived until a few years ago, one of the latest traditions of music polivocale of Sicily with a repertoire of traditional songs performed without instrumental accompaniment but simply by granting each other the various headings of the various singers which overlap in the execution. These songs covered a vast repertoire and were performed in various occasions during the year, even if a particular relevance took those performed during the Holy Week.

Certainly deserve a visit the Capuchin Convent, founded in 1574, the monastery of Santa Maria del Rogato", San Barbaro of Demenna, the stone bridge on the fiumara rosemary, the fountain Abate in the center of the village and finally the Grotta del Lauro and the fortresses of Crasto.

Via SS. Annunziata, 2, San Marco D\'Alunzio (Messina)
6.05 Kilometers from Alcara li Fusi
Contrada Giuffré
Known for its beautiful maple woods, Contrada Giuffré is located about 8 km from Floresta, in the...

Via Vittorio Emanuele, 3-9, Floresta (Messina)
17.67 Kilometers from Alcara li Fusi
The Castle of Brolo
ll Castello del borgo di Brolo, in Sicily, goes back to the X century A.D. and is located on a pi...

Piazza Castello, 11, Brolo (Messina)
18.73 Kilometers from Alcara li Fusi
The Castle of Brolo
ll Castello del borgo di Brolo, in Sicily, goes back to the X century A.D. and is located on a pi...

Via Vittorio Emanuele, 3-9, Floresta (Messina)
17.67 Kilometers from Alcara li Fusi
Candlemas' Church
The Candlemas' Church is located in the village of Castroreale, in Sicily.

Alcara li Fusi is present in issue 3 of our digital magazine e-borghi travel.
Read it now!

Messina Swordfish Rolls
Messina Swordfish Rolls are a tribute to Neptune and represent a tasty second course with the advantage of being cooked in a short time: between preparation and cooking, in fact, it takes more or less twenty minutes. Protagonist on the tables throughout the year, this second course is ideal in spring and summer and accompanies the discovery of the amazing villages of the province of Messina, for example Milazzo, then Brolo, or Montalbano Elicona or Alcara li Fusi. Finally, from a nutritional point of view, swordfish has excellent meat and...
Continue
The Recipe: Sicilian cannoli
Sicilian cannoli’s name derives from river canes to which the shell was rolled up during the preparation since a few decades ago and it is one of the typical pastries of Italian confectionary. Ingredients FOR THE DOUGH: Rice flour 800 gr Cornmeal 200 gr, cornstarch 300 gr, xanthan gum 10 gr Granulated sugar 120 gr Unsweetened cocoa powder 15 gr, baking powder 15 gr Mars...
Continue