Share
Sperlonga rises on a spur of rock on the final part of the Aurunci Mountains, famous all over the world not only for its crystal clear sea, but above all for its very long and clear beaches. ideal destination for the most curious tourism. Easily accessible from all parts of Italy, this town can truly offer a unique and unexpected holiday. A characteristic element of this location are the four towers. Built in the Middle Ages to defend themselves from the Saracens, today they are one of the most visited tourist destinations. 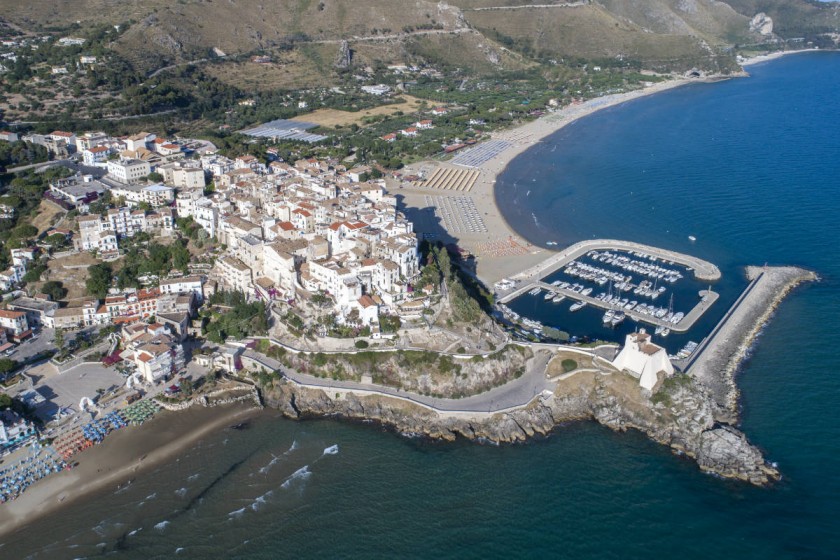 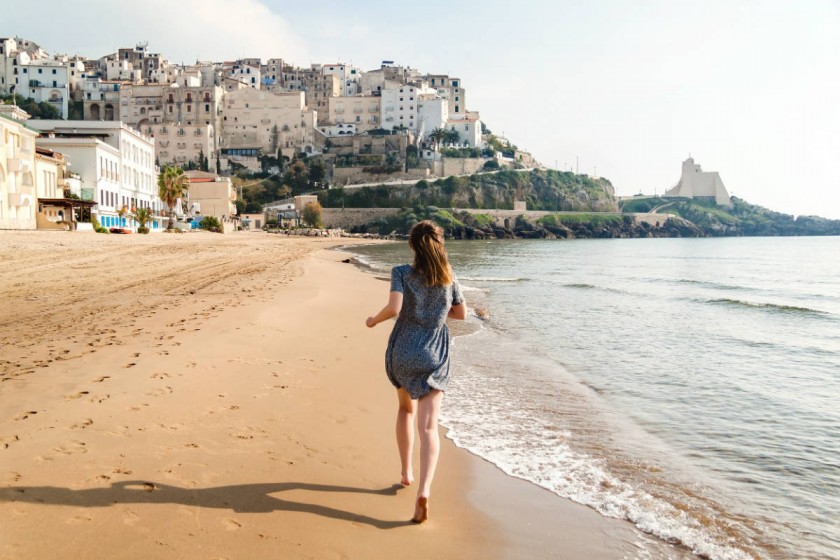 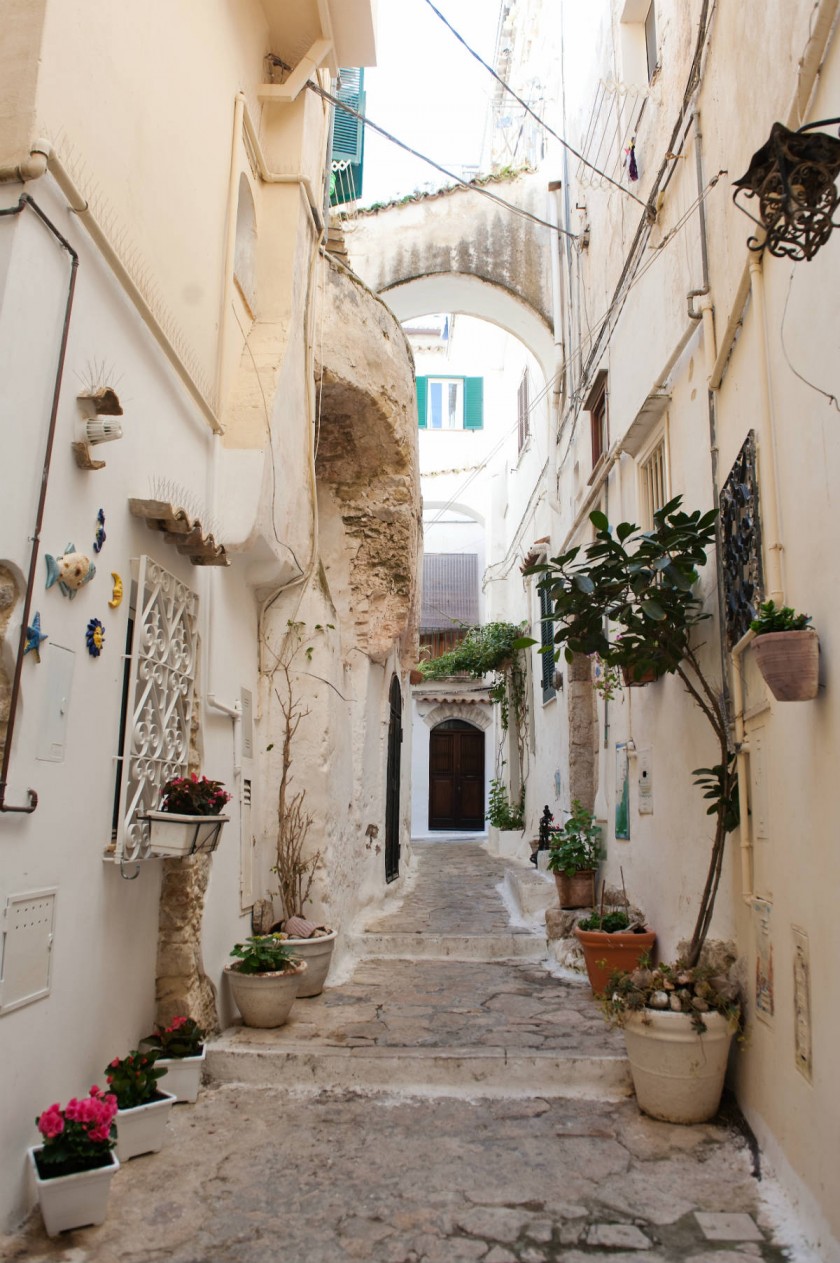 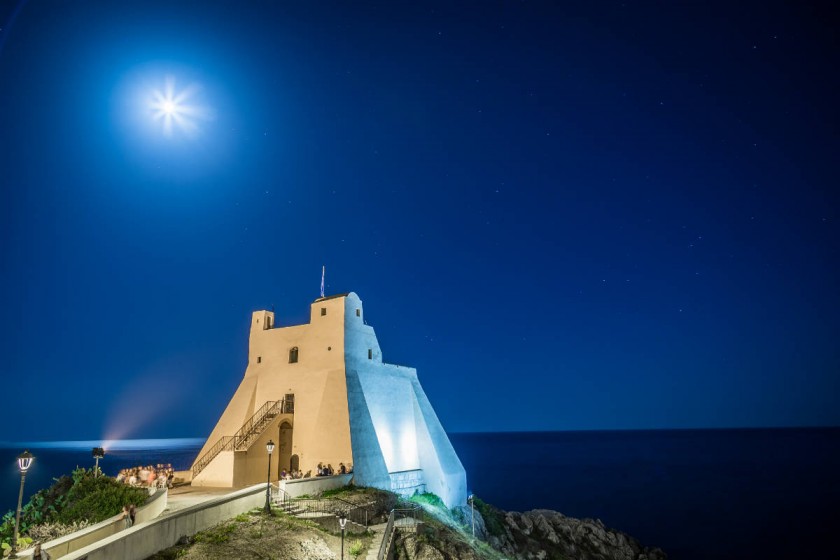 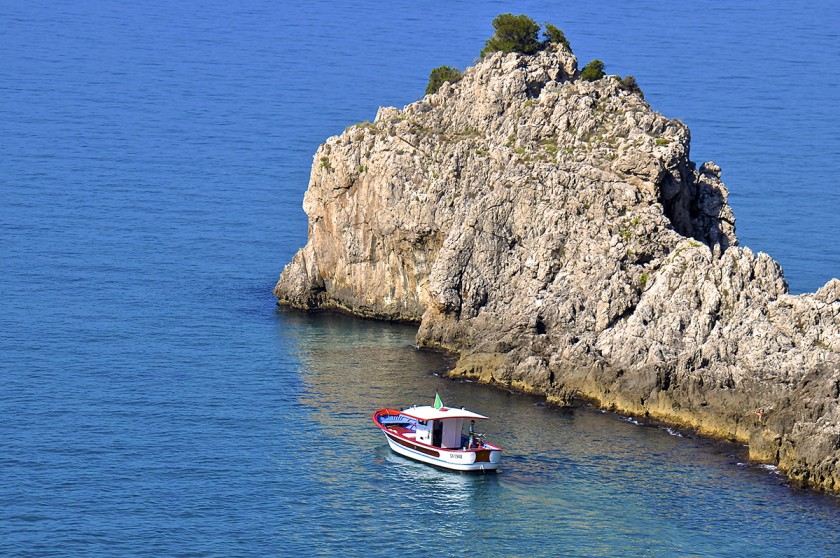 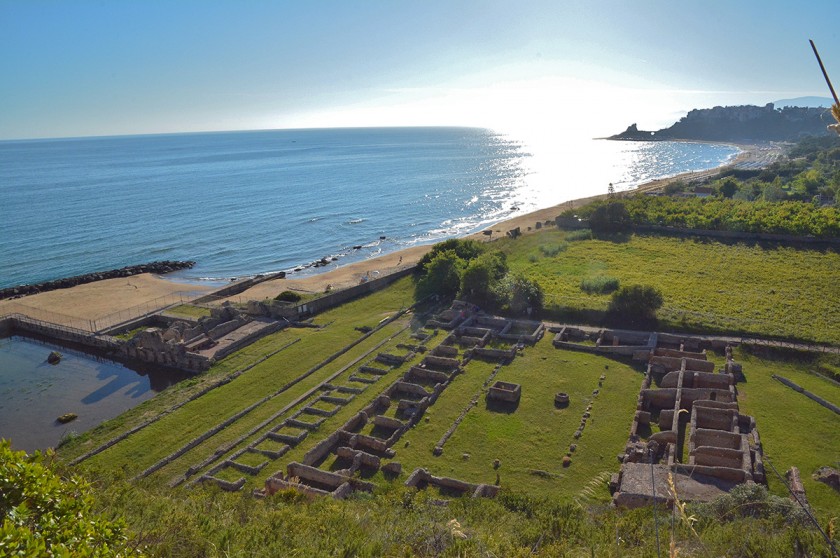 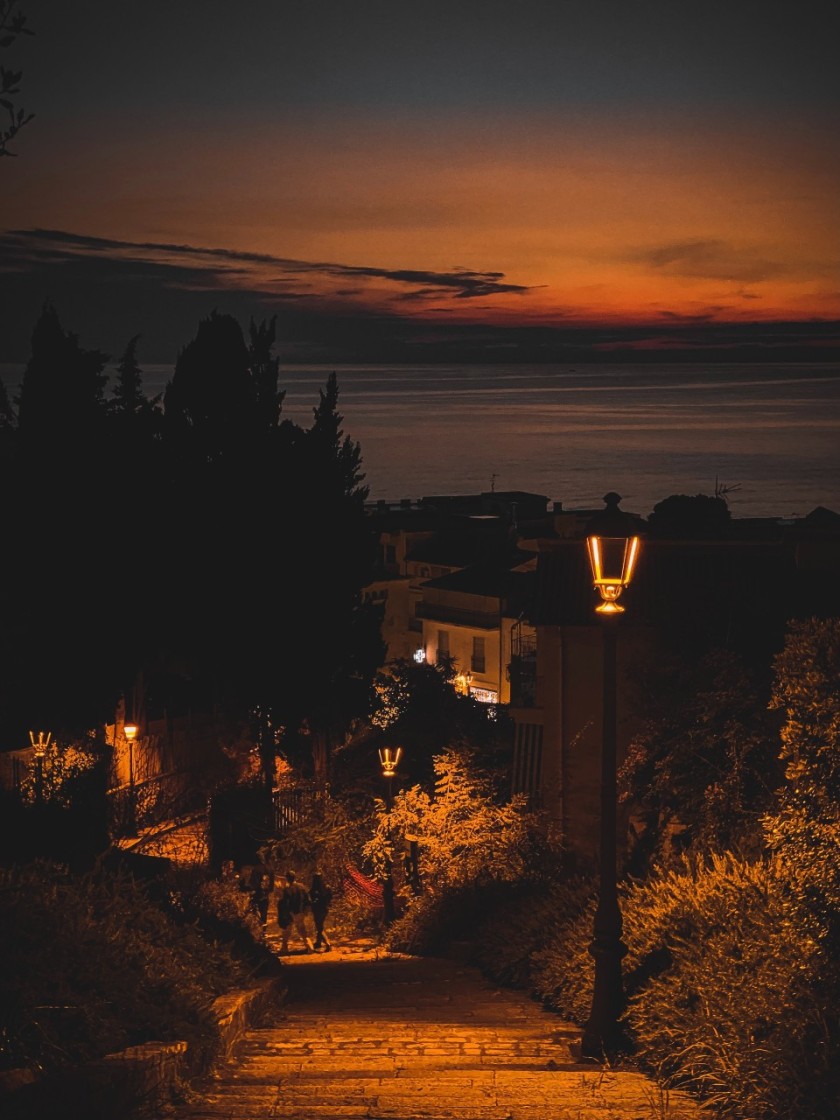 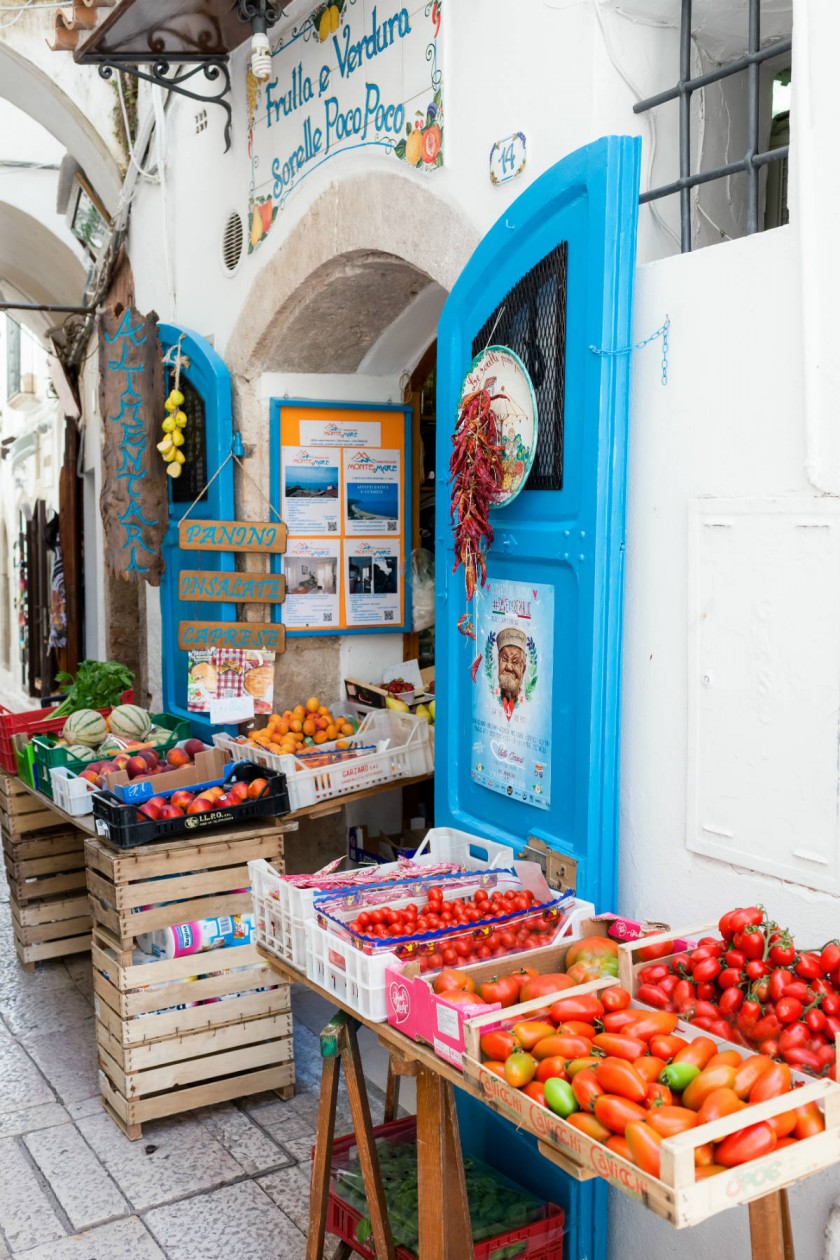 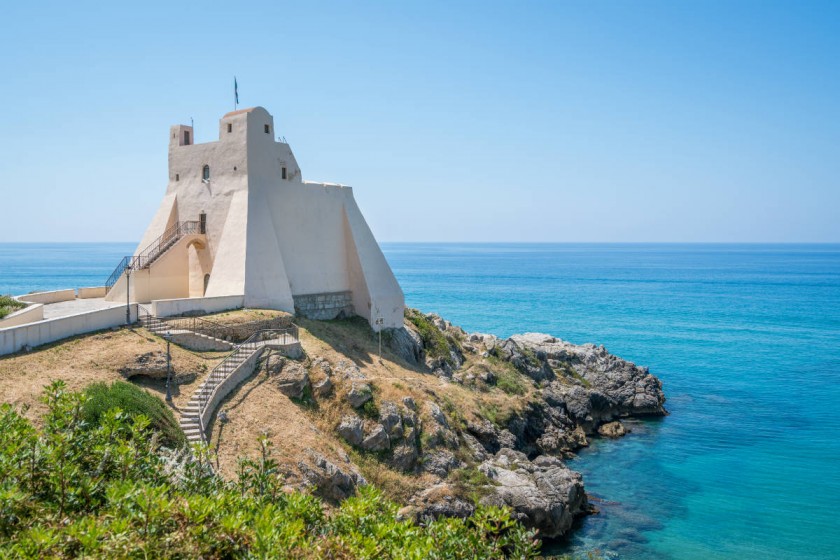 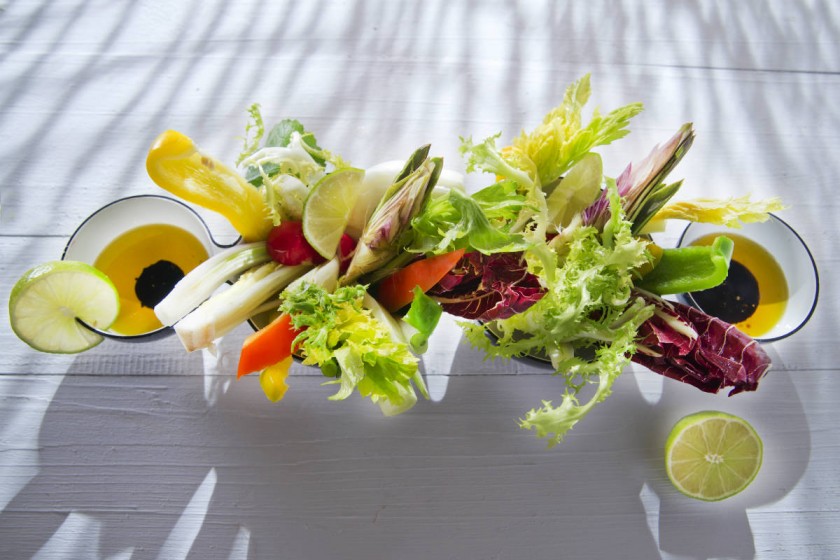 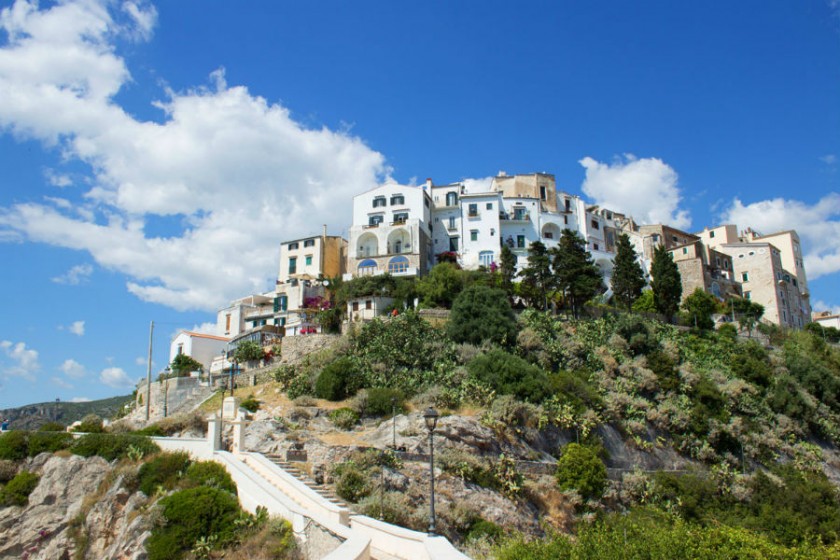 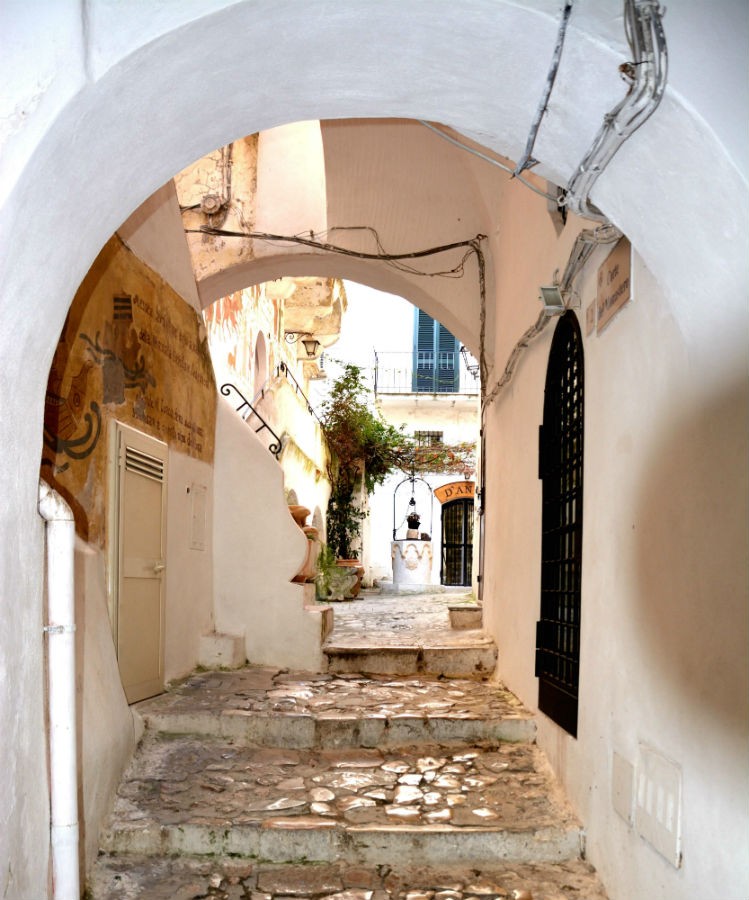 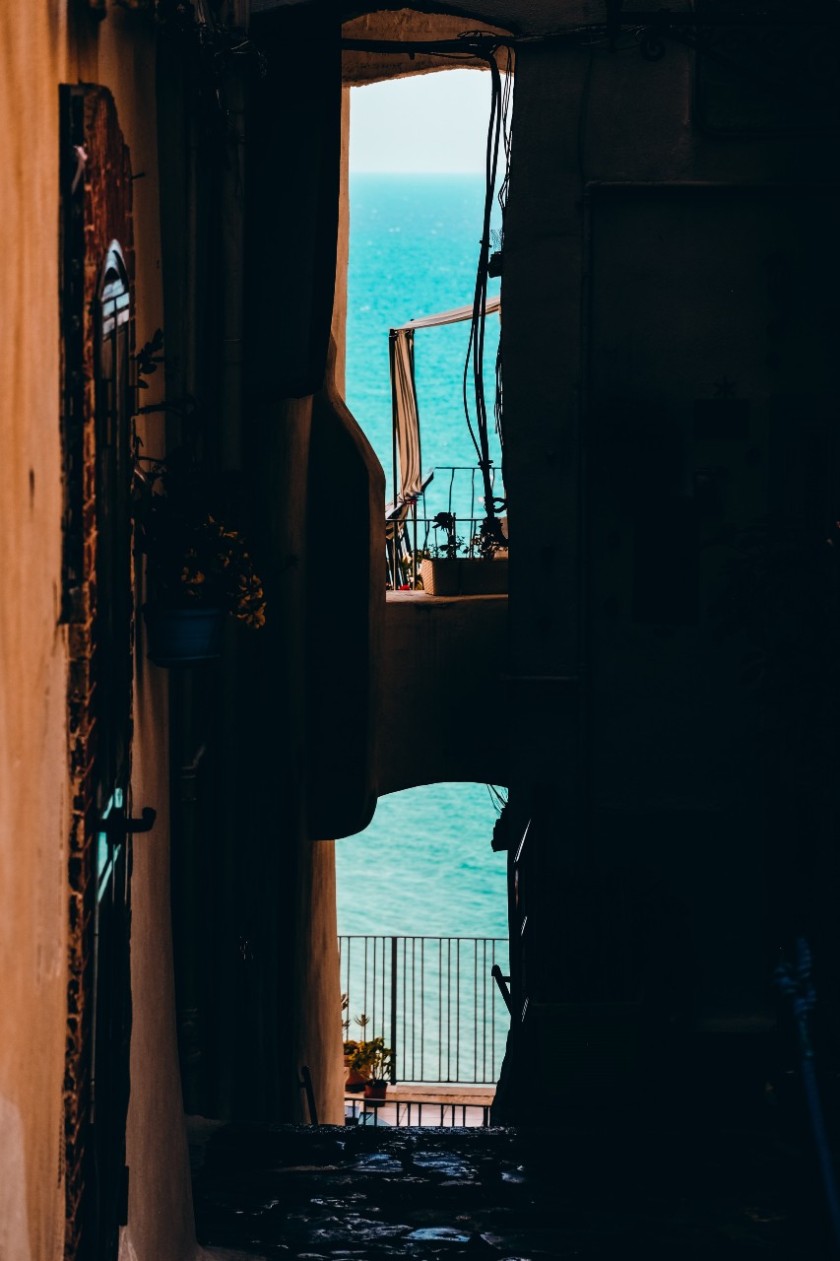 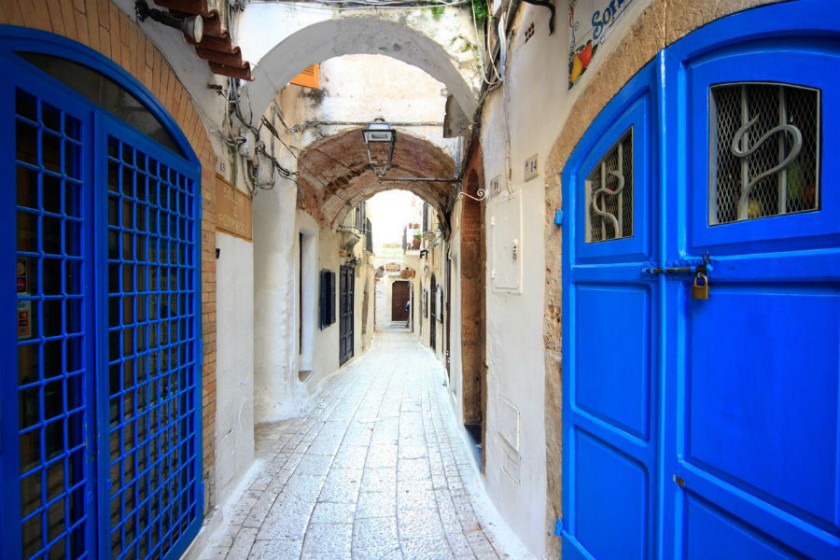 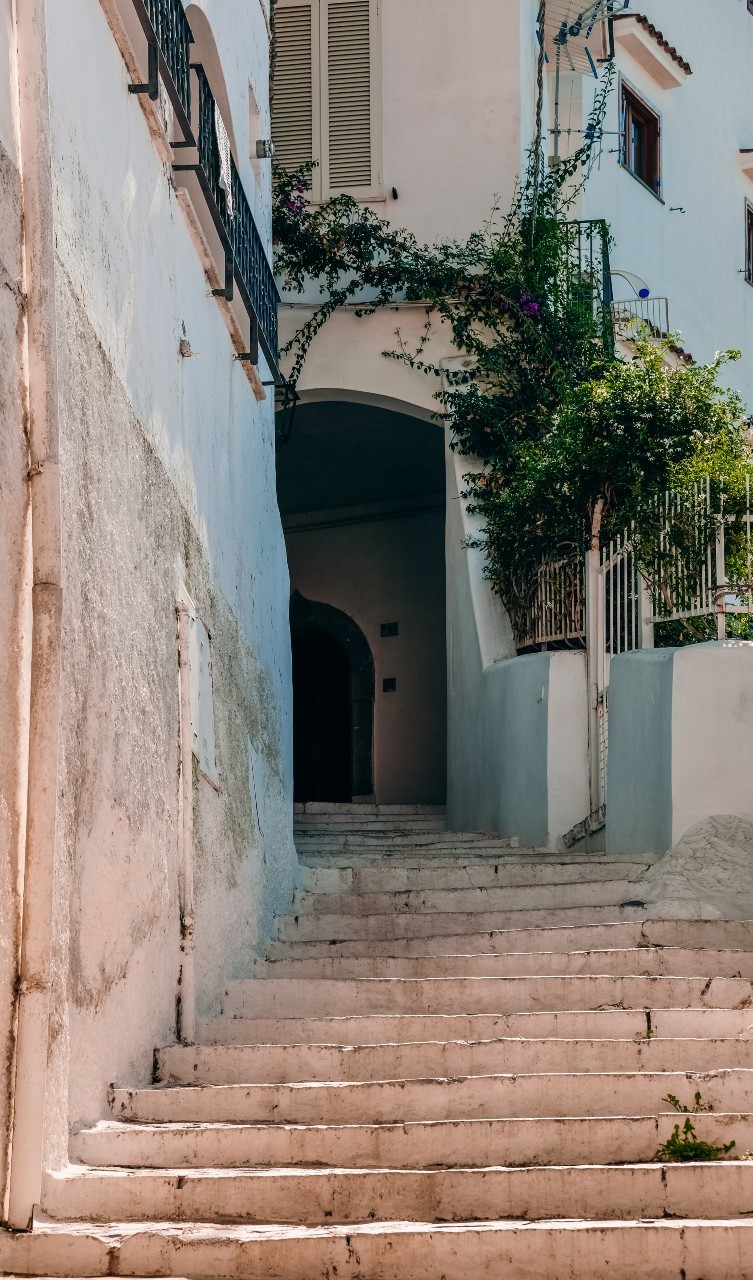 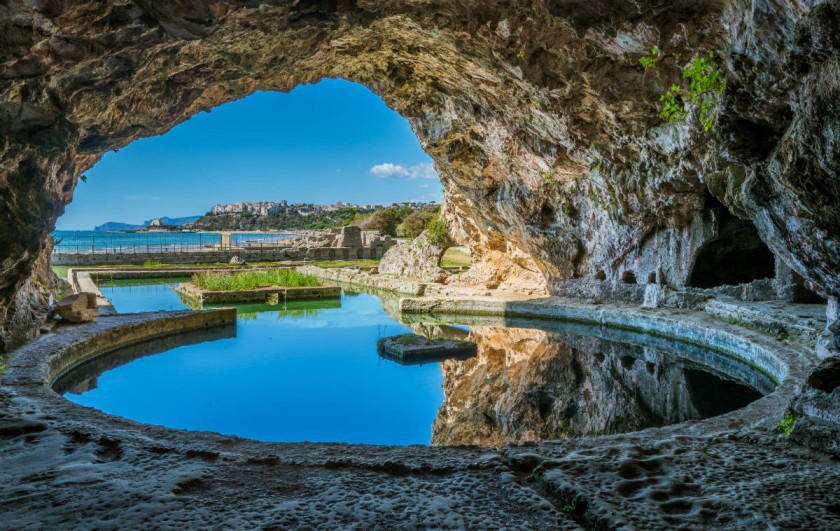 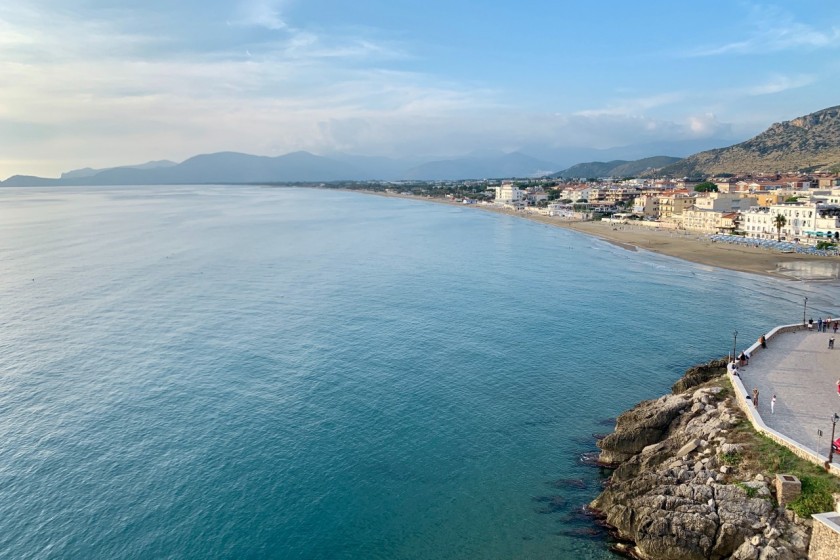 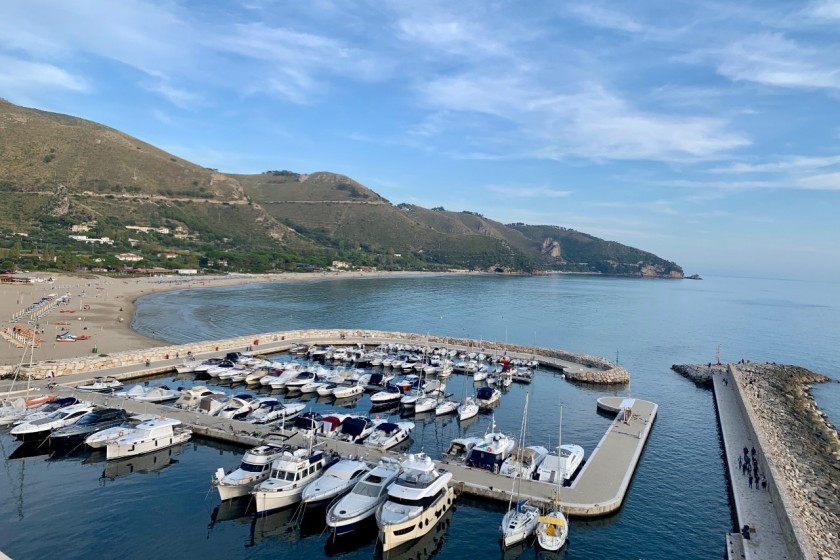 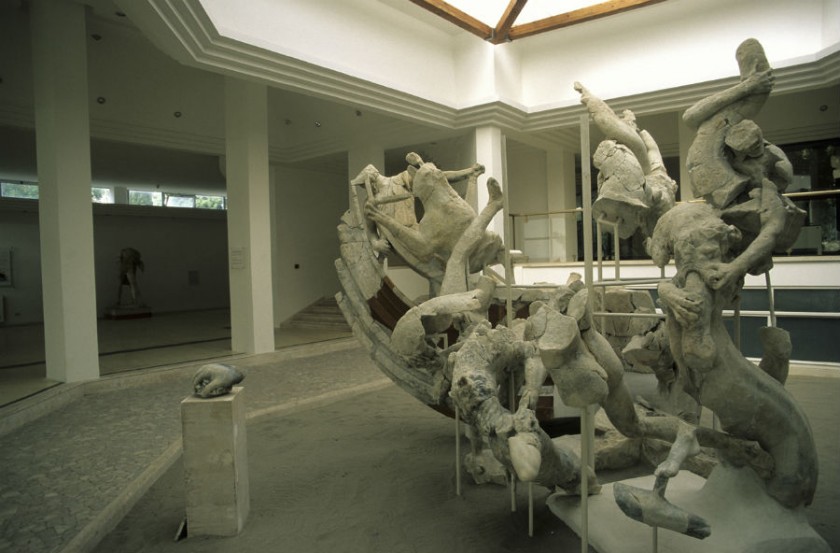 A look at Sperlonga

Sperlonga stands on a rocky spur, the final part of the Monti Aurunci, which extends into the Tyrrhenian Sea and the Gulf of Gaeta merging in Monte San Magno. The surrounding territory is mostly flat. The beach of fine and golden sand white, alternates to various spurs of rock that is thrown into the sea, forming wonderful coves, often reachable only by boat. These rock formations are present to the south of the village in the direction of the promontory of Gaeta. In the territory there are traces of human activity from the upper Paleolithic.

According to the tradition at Sperlonga stood the city of Amyclae, founded by the Spartans. In the roman age arose in the territory numerous villas, the most famous of which is the one belonging to the Emperor Tiberius, comprising a natural cave modified and decorated with sculptures of the cycle of the Homeric hero Ulysses. In the sixth century the ruins of the imperial villa were used as a shelter by the inhabitants of the place, but the town developed around a castle on the promontory of San Magno (65 m a.s.l.), a spur of the Monti Aurunci, defense raids by sea of Saracens, taking its name from the many natural caves of the area (speluncae).

The name of Castrum Speloncae appears in a document of the X century: the castle consisted of a small church dedicated to Saint Peter, patron saint of fishermen. Around the castle progressively developed the country for concentric circles. In the XI century the village was surrounded by walls, now disappeared, but which remain the two ports: the "door" or "Porta Carrese" and the "Porta Marina": both bear the coat of arms of the Caetani family. Sperlonga remained a small village of fishermen, continually threatened by the incursions of the pirates who, as remembered the murals of the country, came to abduct its inhabitants to reduce them to slavery.
Despite the construction of a series of sighting towers in function of coastal defense, the town was destroyed in a first time in 1534 by Ottoman pirate Khair ad-Dìn, known as Barbarossa, and a second time, always by the Ottoman pirates, in 1622. Sperlonga, rebuilt between the XVII and XIX century, took on its present form (so-called "turtle") and were erected churches and palaces.

The villa of the Roman emperor Tiberio derives from the magnification of a previous villa late republican, with rooms arranged around a portico. A natural cave was arranged as summer dining room, with water games and extraordinary sculptural groups of the cycle of Ulysses (including the colossal group of Polyphemus), now kept in the National Archaeological Museum of Sperlonga. The patronal feast in Sperlonga takes place in the days preceding and following the first sunday of september, in honor of San Leo and San Rocco, in the church of Our Lady of the Assumption. The two important processions along almost the whole territory of Sperlonga, both the high city that low since the Parish of the Assumption is the only one in the entire town. Characteristic is the procession of Saint Rocco that arrives in the evening until the sea, where are shot of fireworks, then the statue returns in the historical center passing the chapel dedicated to him and to the alleys and stairways of Sperlonga. Liven up the evening concerts and various firework displays.

Via della Fortezza, 13, Sermoneta (Latina)
49.83 Kilometers from Sperlonga
'Aldo Manuzio' Museum of Writing
Located in a restored part of the sixteenth-century Palazzo Caetani in Bassiano, the museum displ...

Via Sezze, 1, Bassiano (Latina)
46.80 Kilometers from Sperlonga
Sanctuary Of The Crucifix
Nestled in a valley, a few kilometres from Bassiano, is the Sanctuary of the Crucifix and the Gro...

Via Abbadia, Sermoneta (Latina)
51.34 Kilometers from Sperlonga
Torre Paola
Torre Paola is a defensive coastal tower that rises on the border with the long beach of Sabaudia

Find where to sleep in Sperlonga

B&B I Lecci
A family-run establishment in the picturesque village of San Felice Circeo, in a land where histo...

Via 4 Novembre, 37 - 04017, San Felice Circeo (Latina)
31.16 Kilometers from Sperlonga
Da Martini sul Ponte
Corso S. Leone - 04029, Sperlonga
Saporetti
Saporetti, on the Promenade of Sabaudia, is the ideal place for ceremonies and events thanks to t...

Località Torre Paola - 04016, Sabaudia (Latina)
33.32 Kilometers from Sperlonga
Terre Dei Principi Bassiano
Terre dei Principi is set in the context of Palazzo Salvagni, in Bassiano. The charm of the locat...

Sperlonga, the ancient Pearl of the Empire
In Sperlonga the sun goes down in the sea. This amazing view fills your eyes very day in this tiny village of the Ulysses coastline on the Tyrrhenian Sea. This is the Pearl of the Southern edge of Lazio, it is perched on a cliff which is the extension of the Aurunci mountains. Its history is featured by many raids and plunders by the Saracen and the Turkish pirates but it is also a place that was praised by the Romans because of its wonderful ...
Continue
Circeo, following the Ulysses’ myth
The National Park of Circeo is one hour far from Rome and two hours from Naples. It’s a natural area spread with typical villages and ruins from the past centuries, a land where the Greek myths cross the ages of history. The park is surrounded by the villages of San Felice Circeo (in the pic under) Fogliano and the rationalist Sabaudia, it looks out on the Tyrrhenian Sea and a wide forest where you can find deers, foxes an...
Continue
Ten seaside villages in the centre of Italy worth visiting during this summer
10 villages overlooking the sea, 10 rare pearls of our italian landscape, 10 locations that can not be missed during the year of the villages. Ok, we have a lot of pearls in Italy but today we want to show you just some we believe are really worth visiting during the summer on the central coasts of our country. 1. Our tour starts from Tuscany with the hamlet of Giglio Castello, a fraction of the Giglio Island which is located in the hig...
Continue
Sperlonga says no to disposable plastic
Sperlonga says no to plastic and does so in view of a summer dedicated to the fight against pollution. Precisely in the week following World Climate Day, "the pearl of the Tyrrhenian" also officially opposes the use of organic material that causes the greatest damage to the environment. The mayor Armando Cusani, in fact, has signed an ordinance that forbids the use of no-biodegradable envelopes in commercial establishments and foodstuffs. Bars, restaurants, pizzerias, hotels. But ...
Continue