Share
The village of Santa Fiora stands on a hill and is divided into three districts: Castello, Borgo and Montecatino. The district of Castello, the oldest, has a medieval square dominated by the remains of the Aldobrandesque fortifications and the sixteenth-century palace of the Sforza Cesarini counts, today the municipal seat. 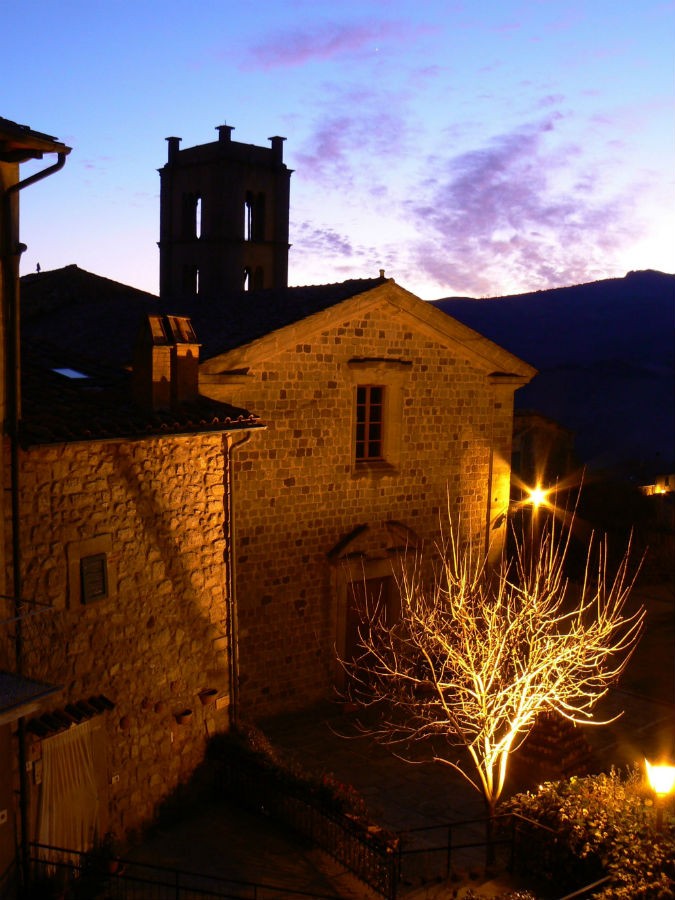 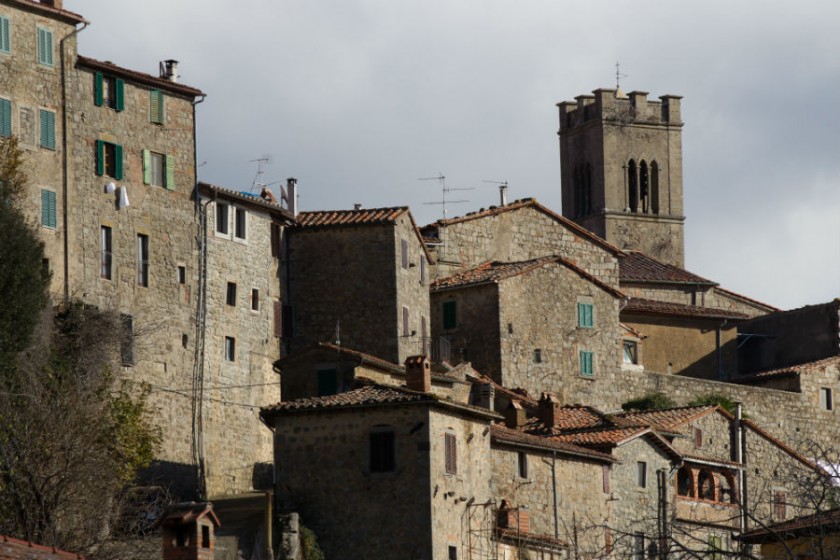 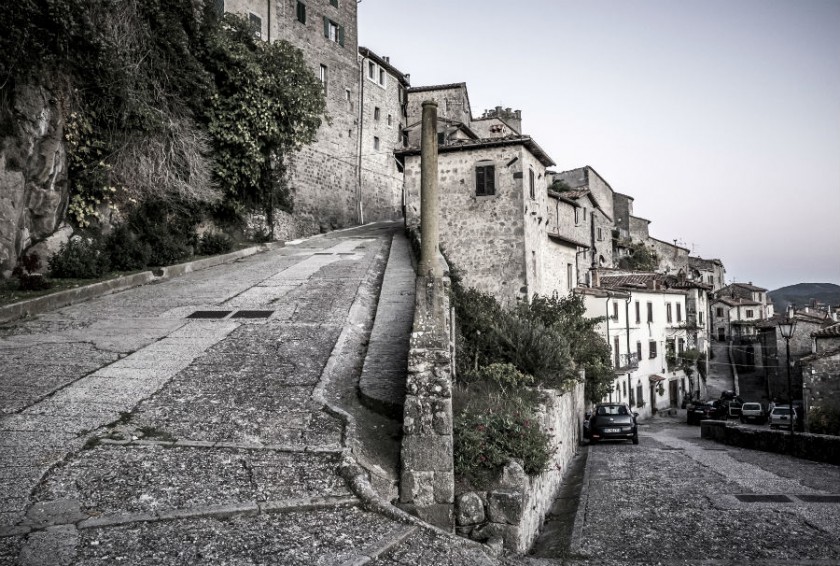 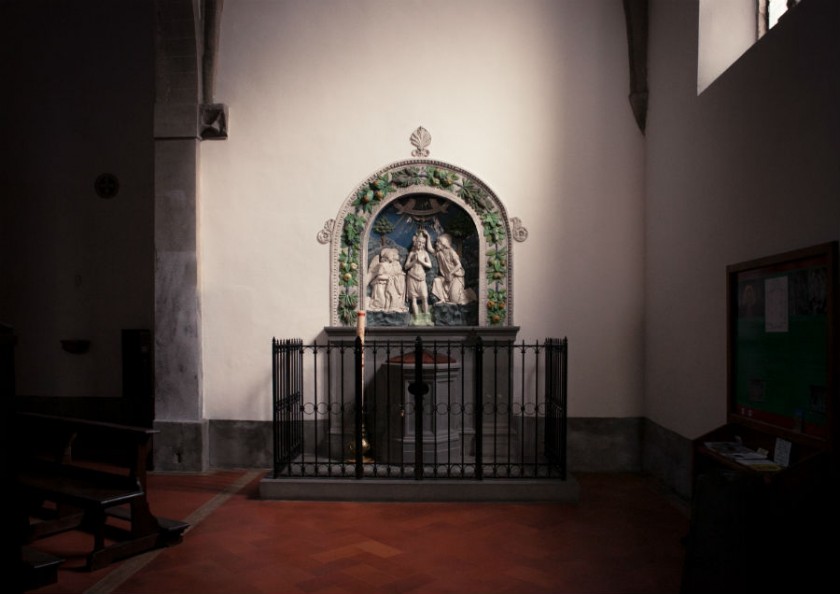 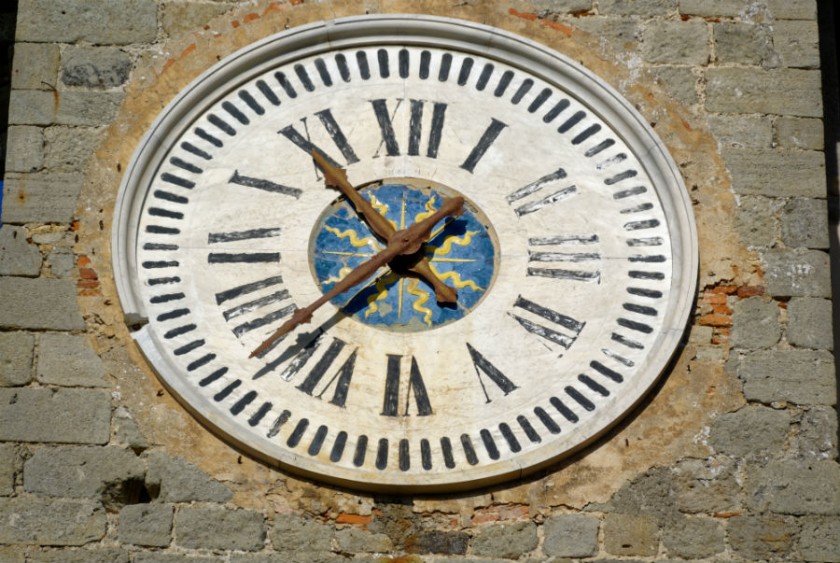 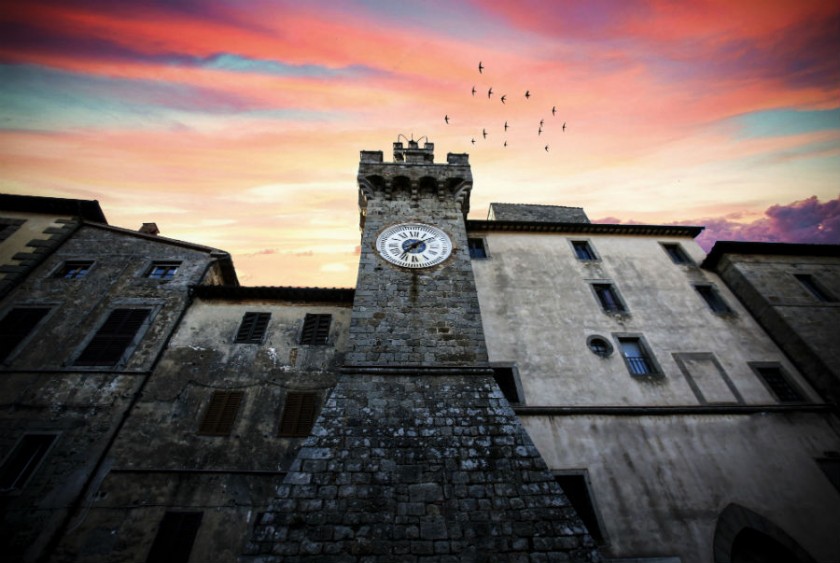 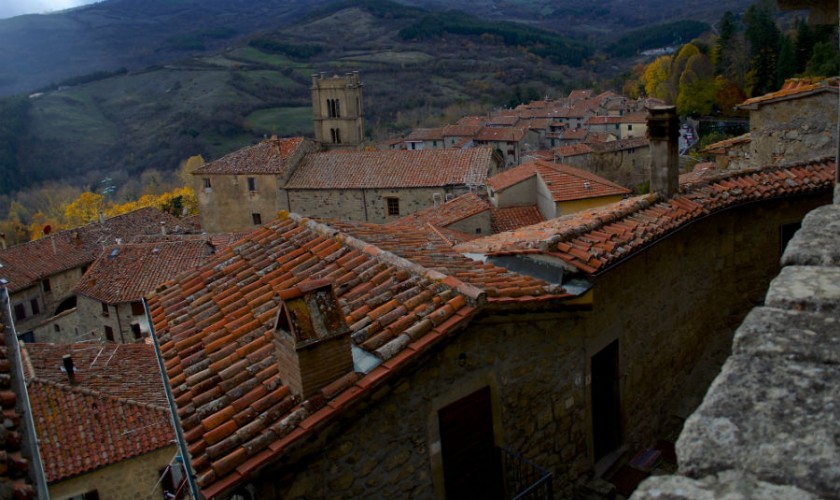 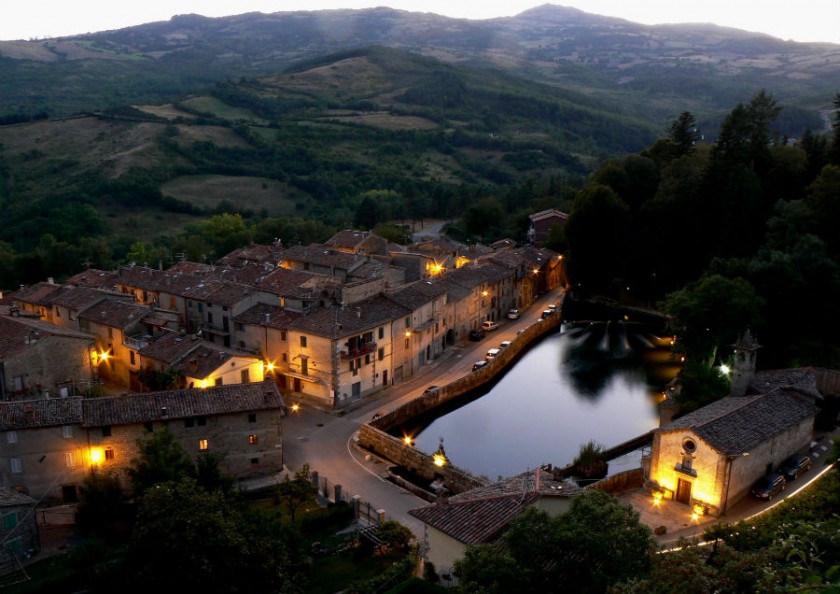 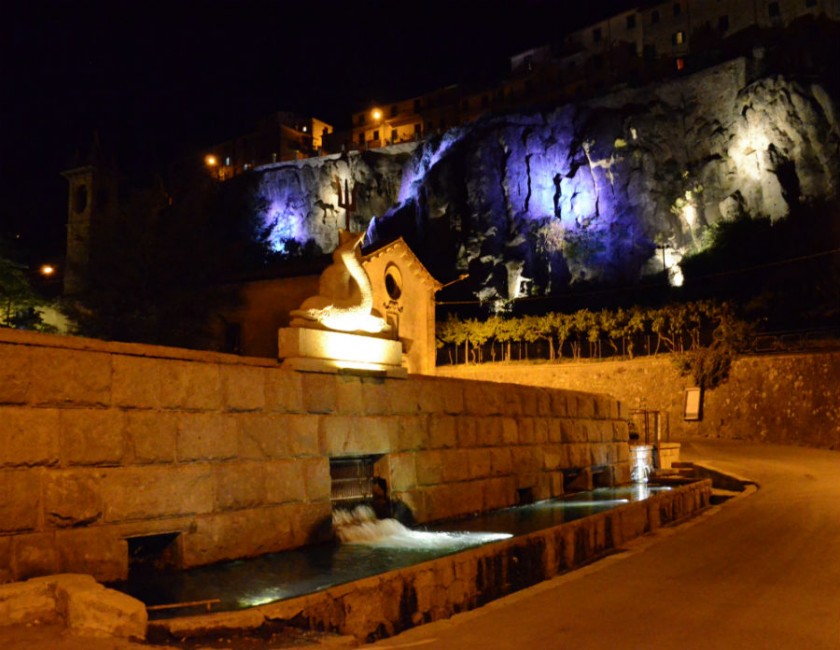 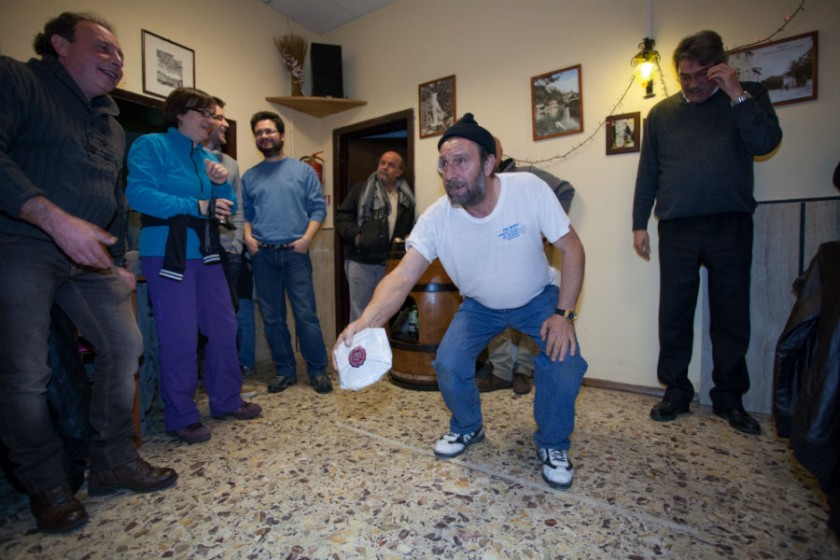 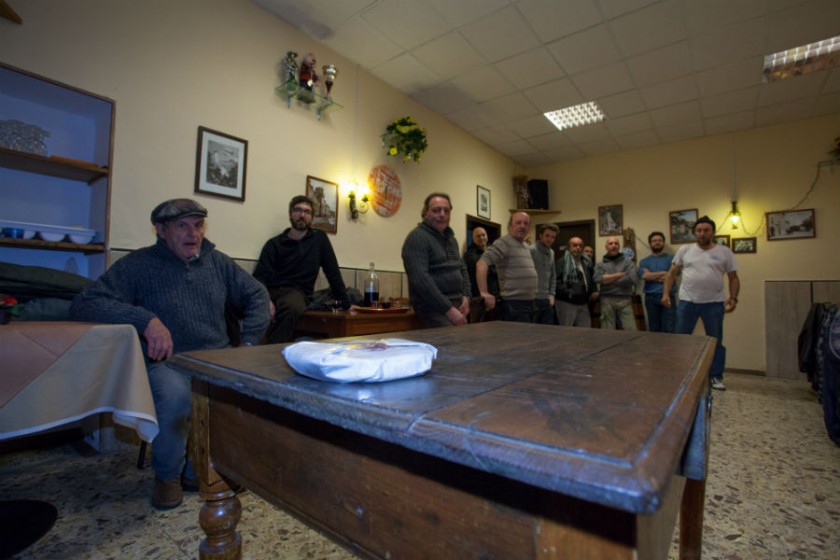 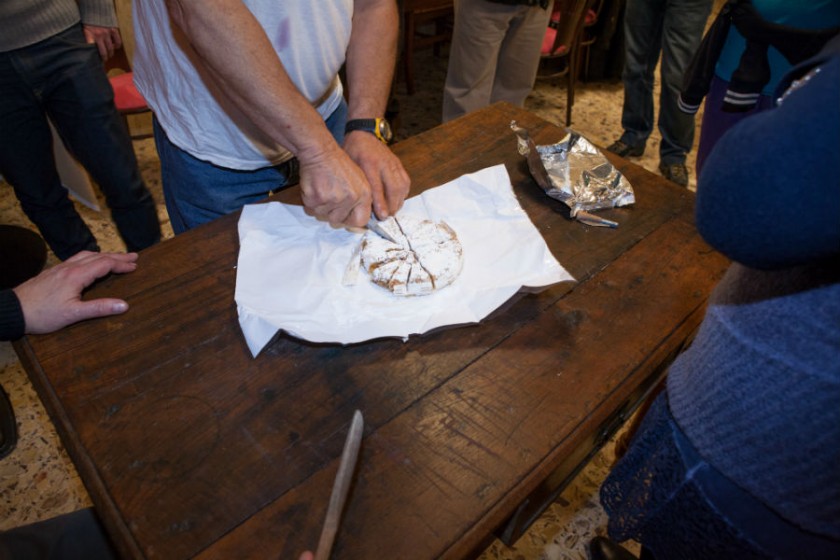 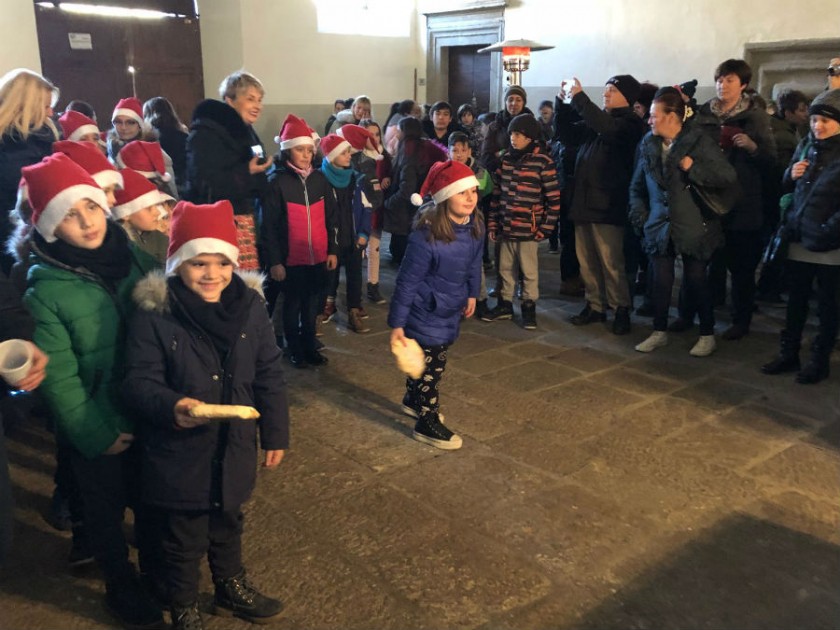 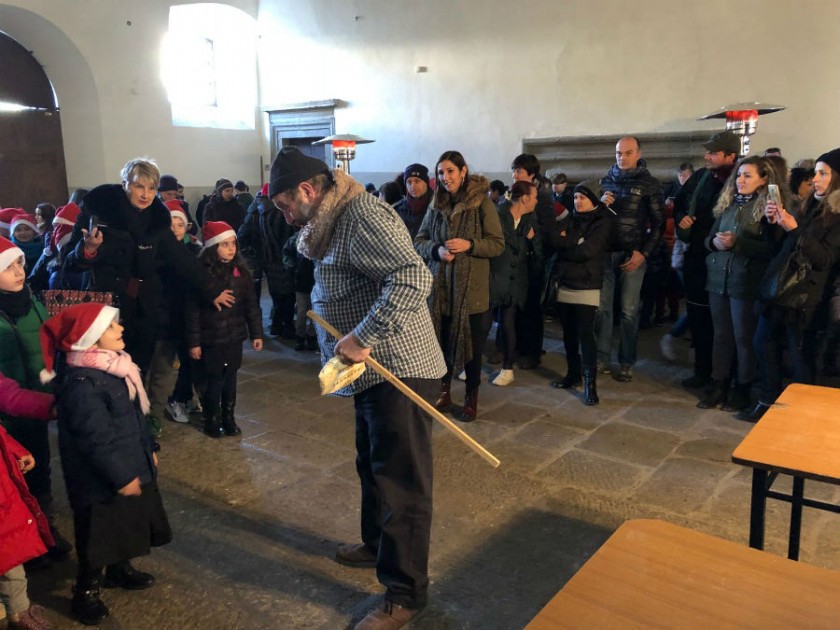 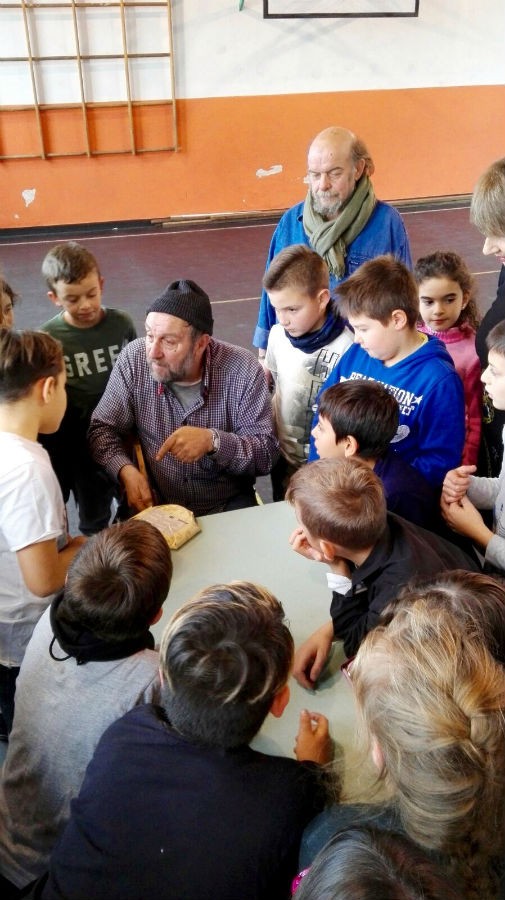 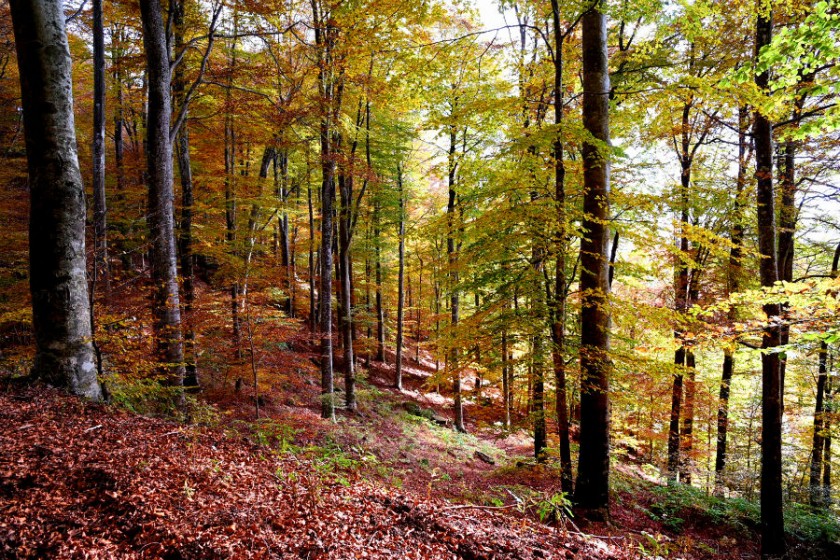 A look at Santa Fiora

Located on the southern slope of Monte Amiata, the hamlet is extended on a hill and is divided into three “terzieri” (neighborhoods) Castello, Borgo and Montecatino, decreasing in succession from the chestnut groves to the springs of the river Fiora. The Castello, the oldest terziere, has a medieval square dominated by the ruins of the fortifications from the sixteenth-century palace of the Sforza Cesarini counts, which is now site of the municipality. Among the frescoes of Cavalier d'Arpino's school and the Museum of Monte Amiata mercury mines, you can clearly understand the peculiarities of the place where, in Piazza San Michele, you can find the sculpture of the saint that steps on the devil. After visiting the parish church of Saints Flora and Lucilla, which houses one of the largest collections in the world of the "robbiane", glazed terracottas by Luca and Andrea Della Robbia, you will enter through the medieval Porticciola in the second terziere Borgo, and then in the Ghetto area where the synagogue once rose. From Porta San Michele you will finally arrive in the terziere of Montecatino, where the abundance of water in the past had favored the emerging of some factories. Here what captures the attention is an unexpected body of water: the splendid sixteenth-century Peschiera that, according to Cesare Brandi, looks unforgettable and that, alone, is worth the trip. Next to Peschiera you will notice a vast park or garden of the Sforza era and the seventeenth-century church of Madonna delle Nevi which rises above the springs of river Fiora, that you can easily see under the glass floor.

Between the municipalities of the province of Grosseto, Santa Fiora is the one that maintained its customs and traditions the most among the others, and it also boasts a substantial amount of festivals during the year. Just to name a few: the Canti di Questua della Befana, an ancient recurring event related to the dicioccatori's return from the Maremma immediately after the picking of chestnuts; the Carnevale Morto, which is the only local representation that deals with the theme of death and macabre as self-liberation that has survived to this day in Maremma; the Spring festival and the celebration of the Saints Flora and Lucilla.

Piazza del Pretorio, Sorano (Grosseto)
20.00 Kilometers from Santa Fiora
Palazzo Pretorio
Palazzo Pretorio is located on the north side of Pretorio Square in the village of Sovana, Tuscany.

Piazza del Pretorio, Sorano (Grosseto)
20.01 Kilometers from Santa Fiora
Podestà Palace
The Podestà Palace, or Priors' Palace is located in the village of Magliano in Toscana.

Via Giuseppe Garibaldi, 4, Magliano in Toscana (Grosseto)
35.23 Kilometers from Santa Fiora
= distances as the crow flies

Find where to sleep in Santa Fiora

Piazza Rosa Tiberi Guarnieri Carducci, 18, Castel del Piano (Grosseto)
7.95 Kilometers from Santa Fiora
The Garden of the historic center
in the village of Montemerano, two steps away from the Thermal Baths of Saturnia and from those o...

Poderi di Montemerano - 58014, Manciano (Grosseto)
25.61 Kilometers from Santa Fiora
The Garden of the historic center
in the village of Montemerano, two steps away from the Thermal Baths of Saturnia and from those o...

Piazza Canzanelli, 1, località Montemerano, Manciano (Grosseto)
24.63 Kilometers from Santa Fiora
Tenuta Il Cicalino
Located at the foot of the medieval village of Massa Marittima, in the picturesque setting of the...

Località Poggio Bertino, 18, Montemerano, Manciano (Grosseto)
22.70 Kilometers from Santa Fiora
Trattoria Verdiana
It is a place of simple elegance, where, in winter, you can eat in front of the fireplace and in ...

SP159, località Ponticello,, Manciano (Grosseto)
23.82 Kilometers from Santa Fiora
Vecchia Osteria Cacio e Vino
Every dish is matched to a particular wine. You can taste delicious local dishes in a friendly at...

Via del Bivio, 16 - 58014, Manciano (Grosseto)
24.68 Kilometers from Santa Fiora
Vecchia Osteria Cacio e Vino
Every dish is matched to a particular wine. You can taste delicious local dishes in a friendly at...

Via del Bivio, 16 - 58014, Manciano (Grosseto)
24.68 Kilometers from Santa Fiora
Trattoria Verdiana
It is a place of simple elegance, where, in winter, you can eat in front of the fireplace and in ...

The procession of May 3

Feast of the Crosses

Palio of the Saints

Feast of the Madonna delle Nevi

At the table with the Sforza

Experience in the Castagneto

Our news about Santa Fiora

On rivers, lakes and springs: the most beautiful villages on the water in Italy
Often when people talk about villages on the water, they immediately think of those towns overlooking the sea. And yet the hinterland conceals real gems, some of which are little known and off the beaten track, created on the banks of streams, rivers, lakes or springs. The flow of water, with its musicality and scenic impact, makes these villages charming bucolic places where peace and authenticity reign. From Rasiglia to Peschiera del Garda...
Continue
Montebelli Agriturismo and Country Hotel of Caldana, elixir of Maremma, nature and villages
Magliano in Toscana, Montemerano, Santa Fiora. And then Scansano, Sorano, Sovana, all villages in the province of Grosseto, each with a story to tell, a contribution of beauty and history to Italy. To discover a starting point there must be and an address to be scored is Montebelli Agriturismo & Country Hotel in Caldana, in the province of Grosseto and in the intriguing Maremma. A structure in which to wake up with...
Continue
Recipe: Castagnaccio, the dessert of the Tuscan villages that smell of wood
A taste that comes from the past, a "convict" taste that made people fall in love, a poor and ancient sweet of Tuscan cuisine that enriches the table in the fall. The castagnaccio is a characteristic autumn dessert of the villages in the Apennine areas of Tuscany, Liguria, Emilia and Piedmont and, depending on the region in which it is cooked, presents some differences. In Tuscany, for example, the cake is about a centimeter tall and according to the traditional recipe should be made with chestnut flour from the Mount Amiata. One of ...
Continue
Recipe: Salted Cookies of the Amiata
ALSO FOR VEGANS Today we celebrate the Italian...
Continue
The Italian Touring Club's 2018 Bandiera Arancione fly high
Great emotions yesterday at Palazzo Ducale in Genoa: only 227 villages all over Italy received the Orange Flag, a well-deserved recognition for their commitment, for the daily work of attentive and innovative administrators, for the excellence of their territory, for the events held and for the constant tourist appeal. The Italian Touring Club's Orange Flag is a mark of quality and excellence that distinguishes small villages for the protection of the...
Continue
Unique Tuscan villages to Love - Download a free travel guide to the 51 certified Tuscan villages
It has recently been made available a free travel guide by Toscana Promozione Turistica, in Italian and English, about 51 Tuscan villages certified in the Borghi più Belli D'Italia, Paesi Bandiera Arancione, Mibact's Gioielli d'Italia and UNESCO World Heritage Sites. The volume, edited by Claudio Bacillieri, director in chief for Borghi Magazine, accompany th...
Continue