From north to south, a journey to discover 5 tasty typical salumi 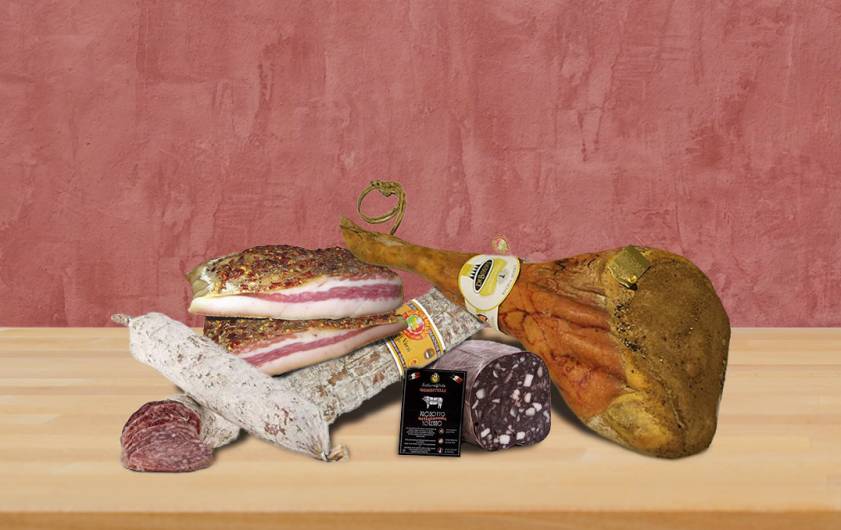 In addition to art and its splendid landscapes, one of the things Italy is proud of is its food: Italy's food and wine heritage is very rich and linked to local products. From north to south, you have the opportunity to taste exquisite food, from truffles to apples, from honey to dairy products, right up to cured meats, true gastronomic excellences with ancient origins.

Here are some of the most important and tasty cured meats in Italian gastronomy. 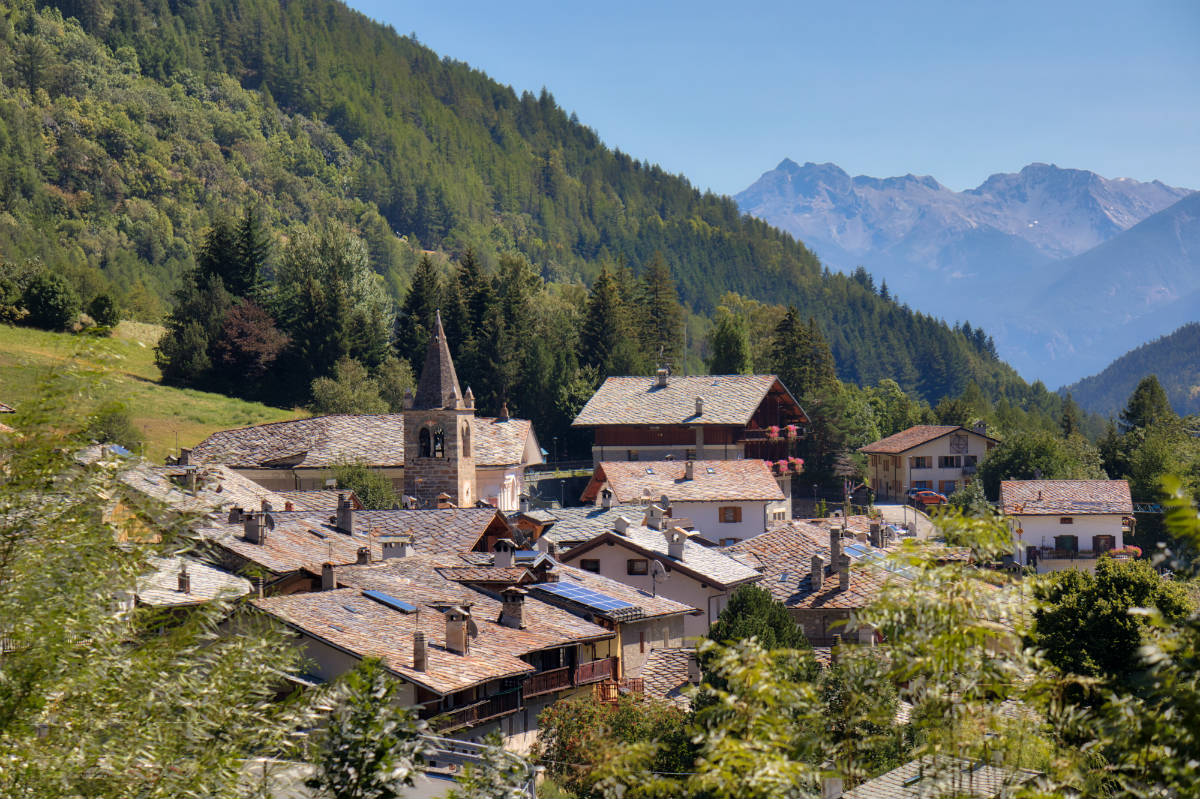 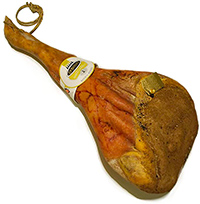 This excellent AOC ham with its compact shape, rather dark colour and slightly salty taste with a sweeter aftertaste is produced exclusively in Saint-Rhémy-en-Bosses. It is produced from the thighs of pigs of the Duroc, Lanfrance and Large White breeds while the curing process takes place at 1600m in the typical alpine Rescards buildings. The raw ham Jambon de Bosses is excellent to be enjoyed plain with rye bread or with additions such as walnuts, honey or aromatic mountain butter. The first records of this ham date back to 1397 when it was mentioned in trade registers relating to the Saint-Rhémy-en-Bosses area. 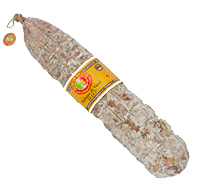 This DOP sausage is produced in the Staffora Valley in Lombardy, in the Oltrepò Pavese, which includes a number of municipalities, including Varzi. It seems that it was born in the Lombard age around the 6th century, then the recipe was enriched by the monks within their abbeys: the Salame di Varzi was also known to the Malaspina family, who in the 13th century offered it to their guests as a very delicious food. To produce the Salame di Varzi, the most valuable parts of the pig are used (from the fillet to the shoulder, loin and neck). Then the noblest fats are added and a mixture of sea salt, pepper and garlic infused in red wine, thanks to which this salami acquires its characteristic spicy aroma. The best way to taste it is with a glass of Bonarola and a slice of Miccone bread. 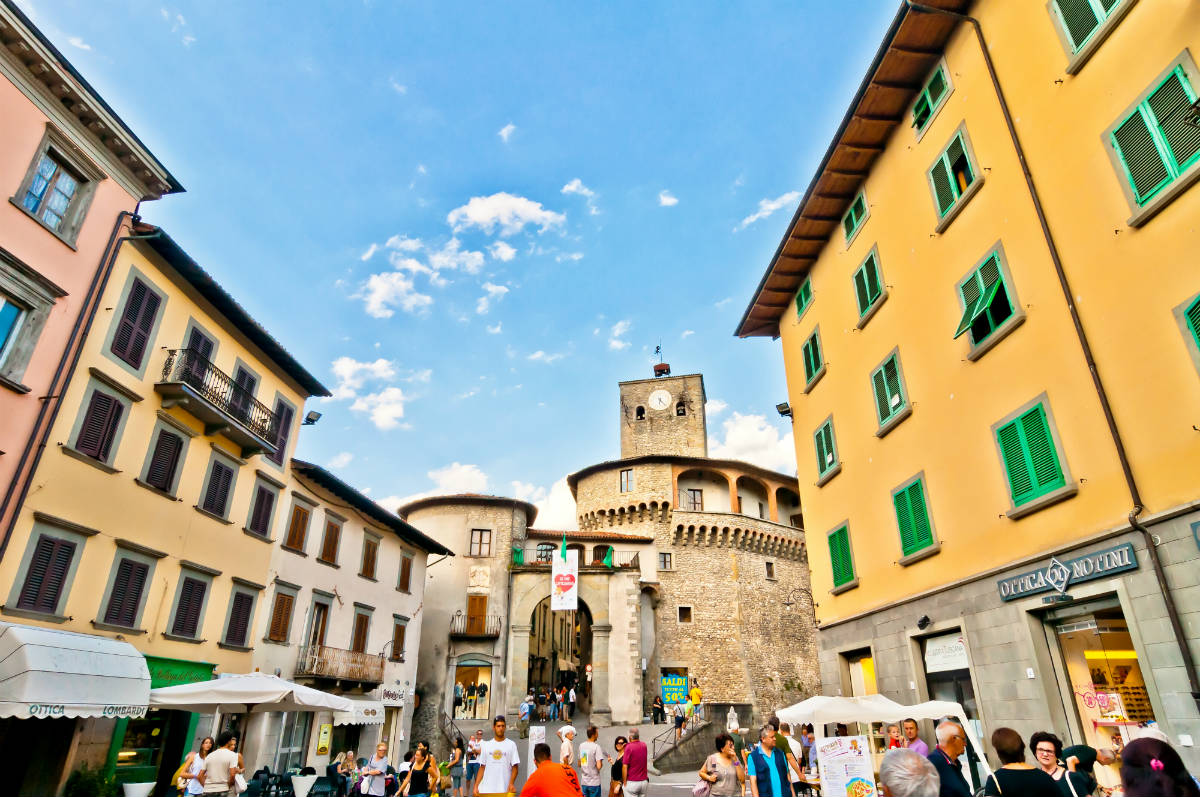 This cured meat originates from Garfagnana, the splendid land between Versilia and the Apuan Alps. Its origins date back to the Longobard era and it was produced using the less valuable parts of the pig, mixed with spices and pig's blood. Each family would then enrich the recipe with its own ingredient, thus making the sausage always different. Today, Biroldo is made mainly from the head of the pig, which has the most tender meat: this is boiled, boned, cut with a knife and mixed with a little pig's blood and spices such as star anise, cloves, nutmeg, cinnamon and wild fennel. The consistency of Biroldo is soft and can be eaten freshly heated in a pan or fresh on slices of potato bread or chestnut bread, also typical of the Garfagnana.

Norcineria (pork butchery) is the ancient pork meat processing typical of Central Italy, in particular in the Umbrian area of Norcia and Preci, presumably born in 70 AD. One of the finest pork products is the Salame del norcino al cinghiale (Salami with wild boar), made not only with meat from the wild boars of the Sibillini Mountains but also with parts of pork to sweeten the flavour. The meat is coarsely minced, mixed with a mixture of spices, stuffed into natural casings and left to dry in the open air, under the influence of the gentle hillside breezes. The taste of Salame del norcino al cinghiale is sweetish and not very salty, while the natural spices used in the processing give off an aroma. 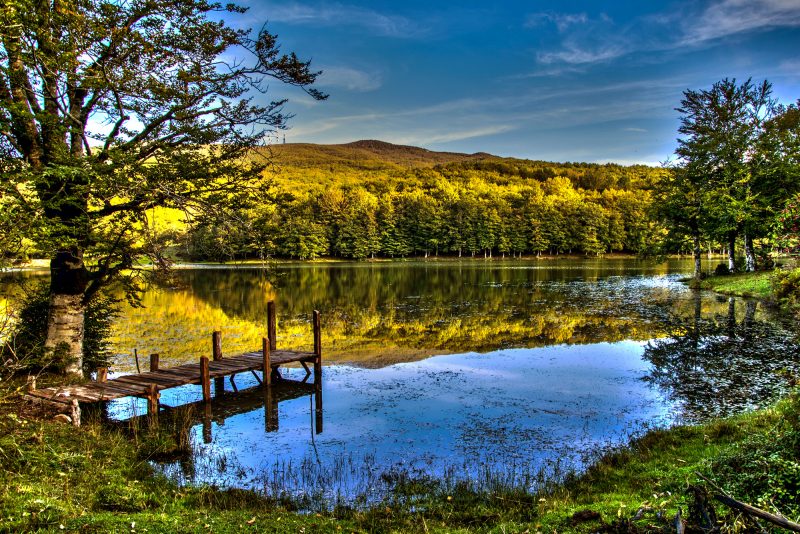 The Parco dei Monti Nebrodi is located in the north of Sicily and is home to a native breed of black pig, which is considered endangered. Its meat is used to produce a series of cured meats such as Buccularu, or guanciale: the meat from the throat and cheek of the Nebrodi black pig is used to make it, to which spices such as wild fennel and pink pepper are added, and then it is matured for two months. Then there is the Prosciutto di suino nero dei Nebrodi, both cooked and raw, considered very similar to the Iberian Pata Negra. Also excellent is the sausage made from the meat of this breed of pig, seasoned with herbs and spices, stuffed into natural casings and absolutely free of preservatives.

Sanctuary of the SS. Peregrine and White
Ethnographic Museum
Church of San Michele
More...
are you an Italian villages lover?
Join our Community
and share you experiences!