5 Apulian villages to discover in winter, treasures of traditions, art and folklore. The most authentic and suggestive Puglia, for emotions that last over time. 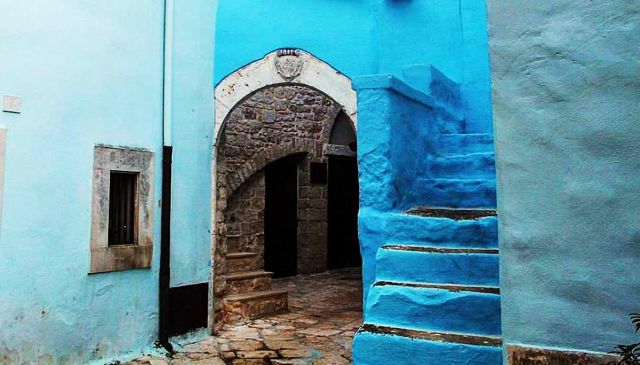 Intriguing and exciting. These are the Apulian villages, which when winter arrives allow a journey through time enriched by suggestive atmospheres, with little squares and alleyways illuminated by lights, while the snow spreads its mantle on the landscape and the emotions are sky-high.

The face and the seductions of the Apulian villages when winter comes: a mosaic of atmosphere to live intensely to discover the soul of the past in the choreography of the present.

It is called the "blue village" for the chromatic shades of the sky that characterize doors, houses, lanes, androns. Picturesque and medieval, ancient and original, Casamassima in winter is dressed in a very special dress and welcomes in a quiet and charming atmosphere that branches off throughout the village, on which stands the castle. In Casamassima the weather is marked by arcane rhythms and the village is a book of open-air history, a succession of Basilian abbeys and nineteenth-century buildings. To access the old town you must cross the Clock Gate - dating back to 1841 - which is accessed from the main square and to know are the ducal palace, the fourteenth-century church Matrice - known as Santa Croce - and the sixteenth-century monastery of Santa Chiara . 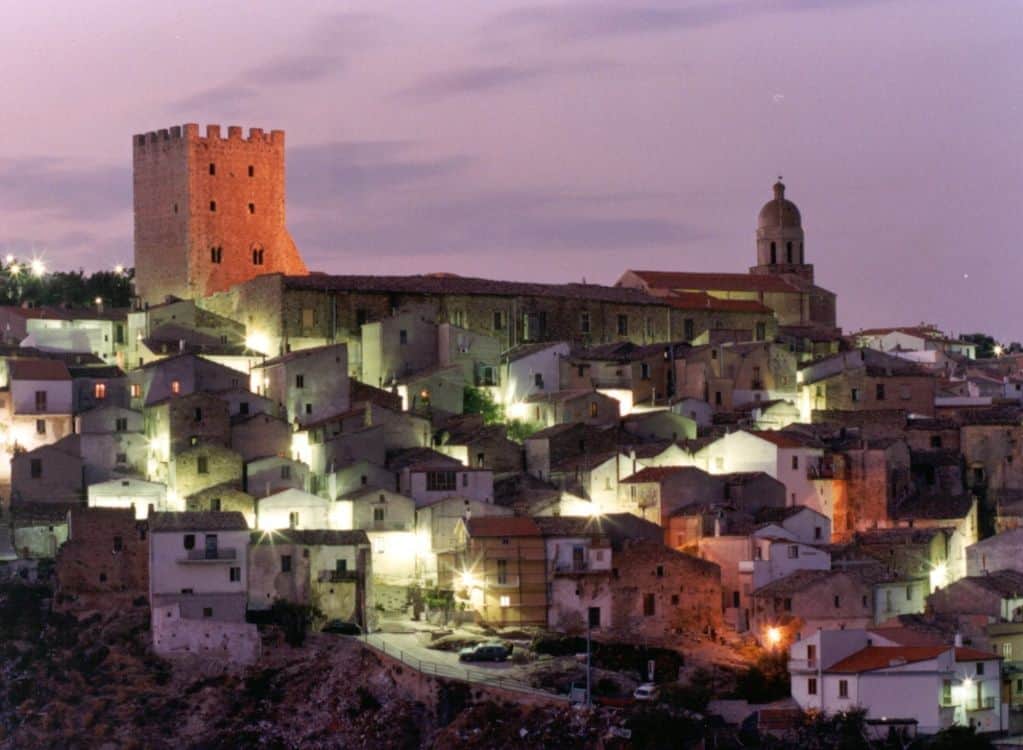 A village on the slopes of the Monti Dauni, nestled between plains and slopes that offer glimpses of rare beauty. All around, woods and a drawing of nature, worn out by torrents, a fairytale landscape that in winter releases all its misery. Pietramontecorvino has to be discovered slowly, among houses that emerge from the rock, winding streets with steep stairs and arches of communication between one portal and another. In the center, to welcome is the heart of the village, the district "Terravecchia", which has maintained the original medieval urban fabric with the houses in tuff, partly obtained by digging directly into the tuff rock. 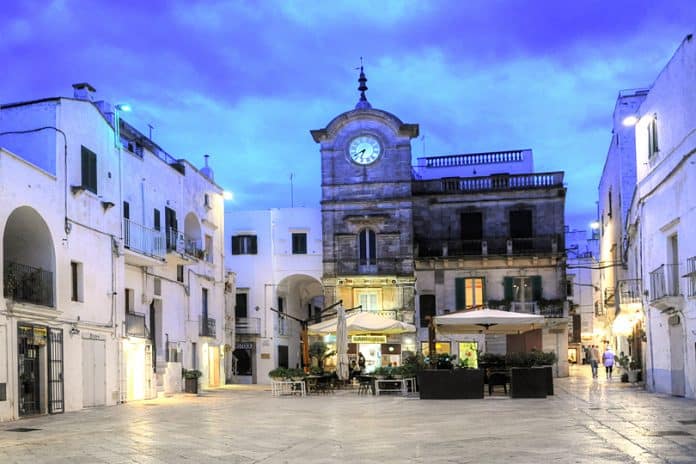 It is a village all white, a game of arcades, alleys, squares and overlooks a splendid balcony overlooking the valley of Itria, "the valley of the trulli". Snow is white, which gives Cisternino an enchanted atmosphere, where you can walk around to discover the village's jewels, starting with the Porta Grande tower, and then move on to the historic residences of the town center: the Governor's palace - baroque jewel - , the sixteenth-century bishop's palace, the Amati palace, the Lagravinese palace and the Ricci-Capece palace with the Torre del Vento. A few more steps and here you can find the church of Sant’Antonio with the convent of the Capuchin monks, the church of San Quirico and the Matrice, built in the fourteenth century on an early Christian church dedicated to San Nicola di Patara. 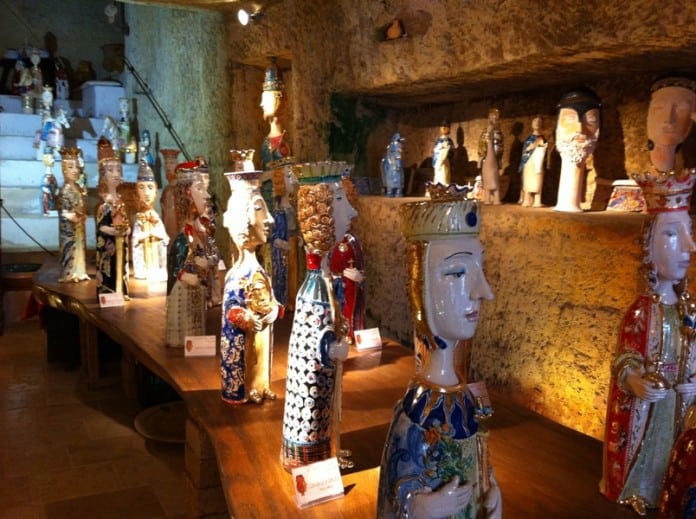 It is a village surrounded by spectacular canyons, green like emerald in summer and white with snow in winter. Perched on a hill a short distance from Taranto and on the edge of the Murgia that descends towards the Mar Piccolo, Grottaglie deserves a visit especially in winter, when you can appreciate with a slow pace the art that made it famous in the world. In fact, the district of ceramics, the creative forge of refined terracotta works, winds its way in the historical center, punctuated by narrow streets and small houses. More than fifty shops in which tradition and works have always been created in ceramics and the traditional "pomi" of glazed pottery, guardians of the Apulian figula art. 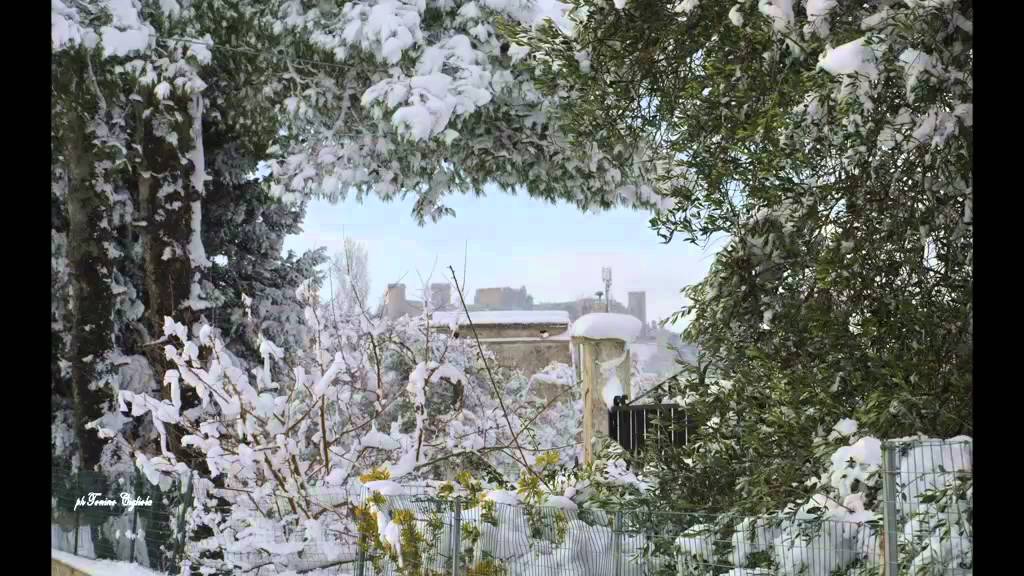 A village divided into four districts and that stands out in the hills of the Alto Salento, between the Murge of Brindisi and the Tavoliere of Lecce. A journey through time that in winter gives emotions when you start walking through the Castello district, with the manor - built by Federico II - that stands in a panoramic position framed by towers and battlements. All around, the ball of tortuous alleys, squares and courtyards of the historic center. The San Basilio district is located on the hill where the saint established the first oritan church of the Greek rite while the Judea district was once inhabited by a Jewish colony. Finally, the Lama district is located on the plain towards which the waters flowing from the highest areas of the town flowed. The baroque style cathedral is definitely worth a visit, and the Bishop's palace is nearby.

Re Sole Resort & SPA
Located halfway between Salento and the Gulf of Taranto, more precisely in Grottaglie, Re Sole Re...

Via Leone XIII, 21, Grottaglie
La Nghioscia
La Nghioscia is a lovely vacation home with 3 rooms located in the heart of Grottaglie

Via D'Alessandro, 74023 , Grottaglie
Il Casolare Degli Ulivi
A lovely guesthouse located in Oria, in the historical heart of the city in the countryside area....

Condrada minicardo, 72024, Oria
Antica Oria
In the heart of Salento, in the medieval village of Oria, Antica Oria is a complex of 3 apartment...

Via Ospedale Vecchio, 10, Oria
Masseria Poesia
Situated in a commanding position with a 360-degree view of the Itria Valley, Masseria Poesia off...

Contrada Marinelli, 33 - 72014, Cisternino
Osteria Bell’Italia
A traditional restaurant in the very heart of the village

Via San Quirico 65, Cisternino
La Locanda del Ristoro
Starters, orecchiette and meat dishes stand out between all the courses.

Via Asiago 1 , Pietramontecorvino
Caseiﬁcio CAVI Cooperativa Allevatori Valle d’Itria
Cows' milk from the Murge pastures is the flagship of this cheese factory.

What to see in Cisternino

Mother Church of San Nicola di Pàtara
More...
are you an Italian villages lover?
Join our Community
and share you experiences!