Share
Caprarola, located between the consular roads Cassia and Flaminia, represents one of the most significant urban examples of the 16th century. During the Middle Ages the country was disputed by several feudal families and in the 16th century it reached its maximum splendor, when the Farnese family significantly extended their domain by building sumptuous villas and castles. Among these, the most representative residence was built both in terms of wealth and power, the Palazzo Farnese. 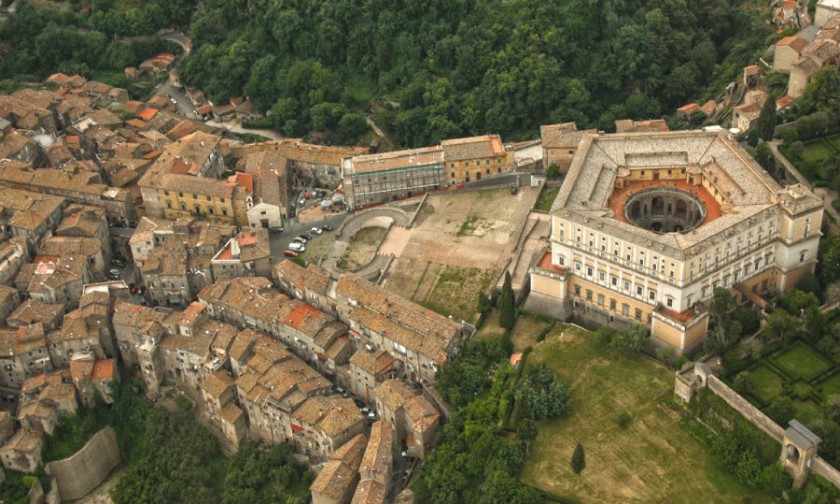 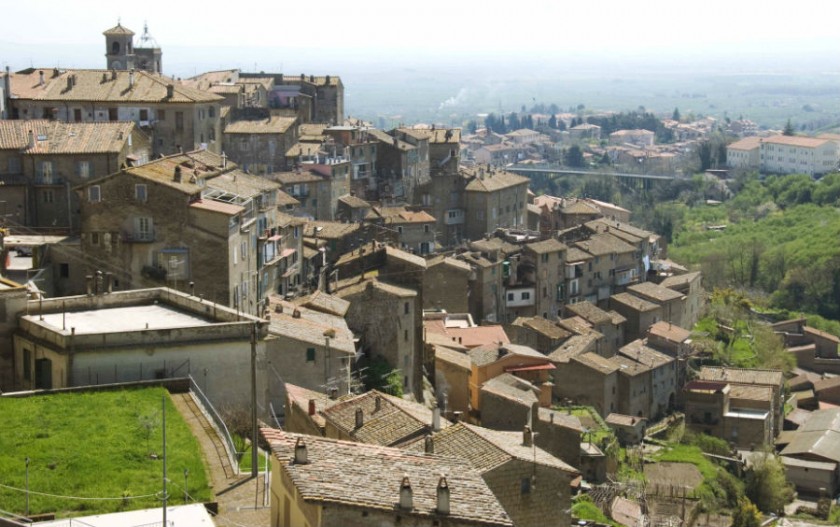 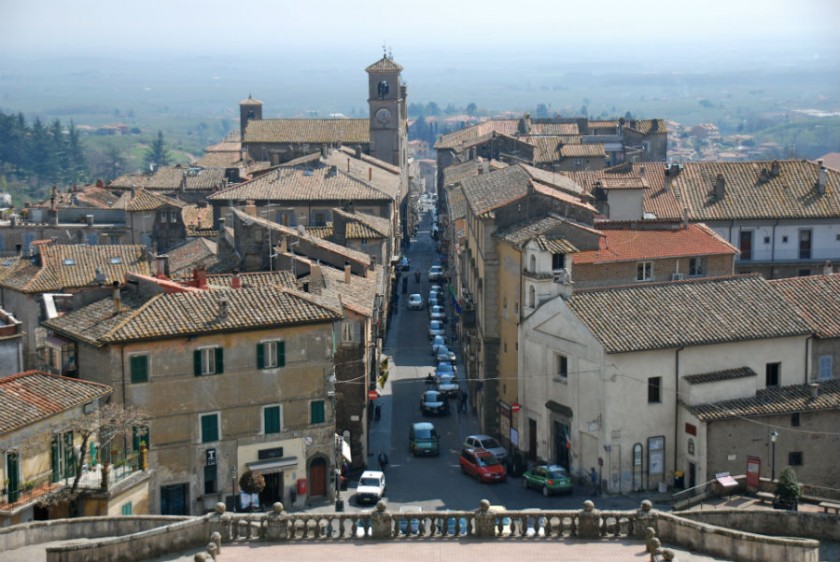 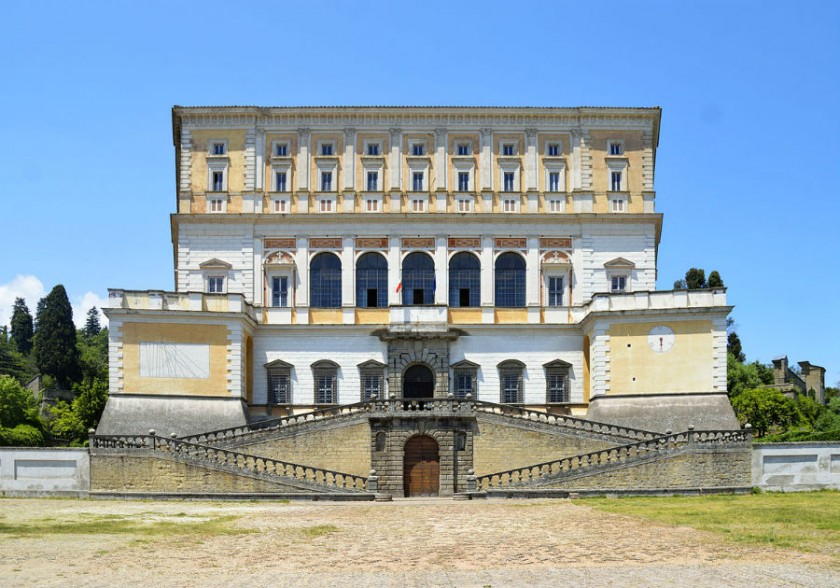 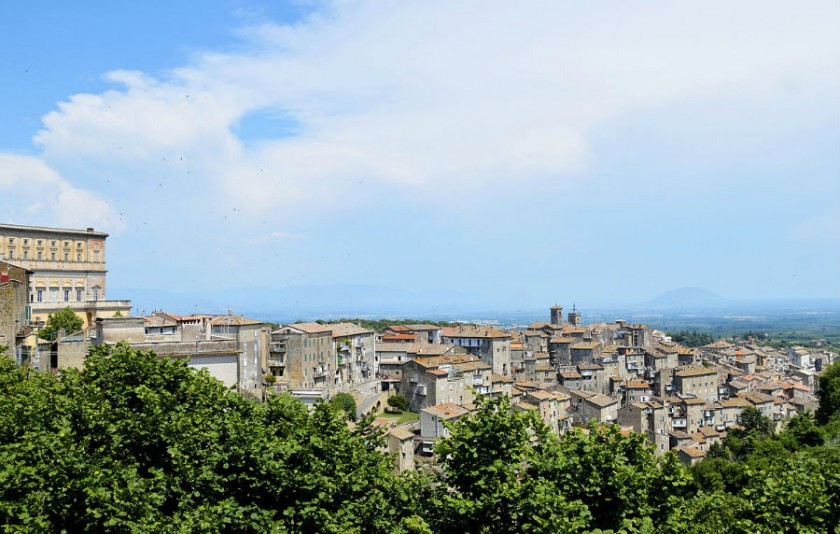 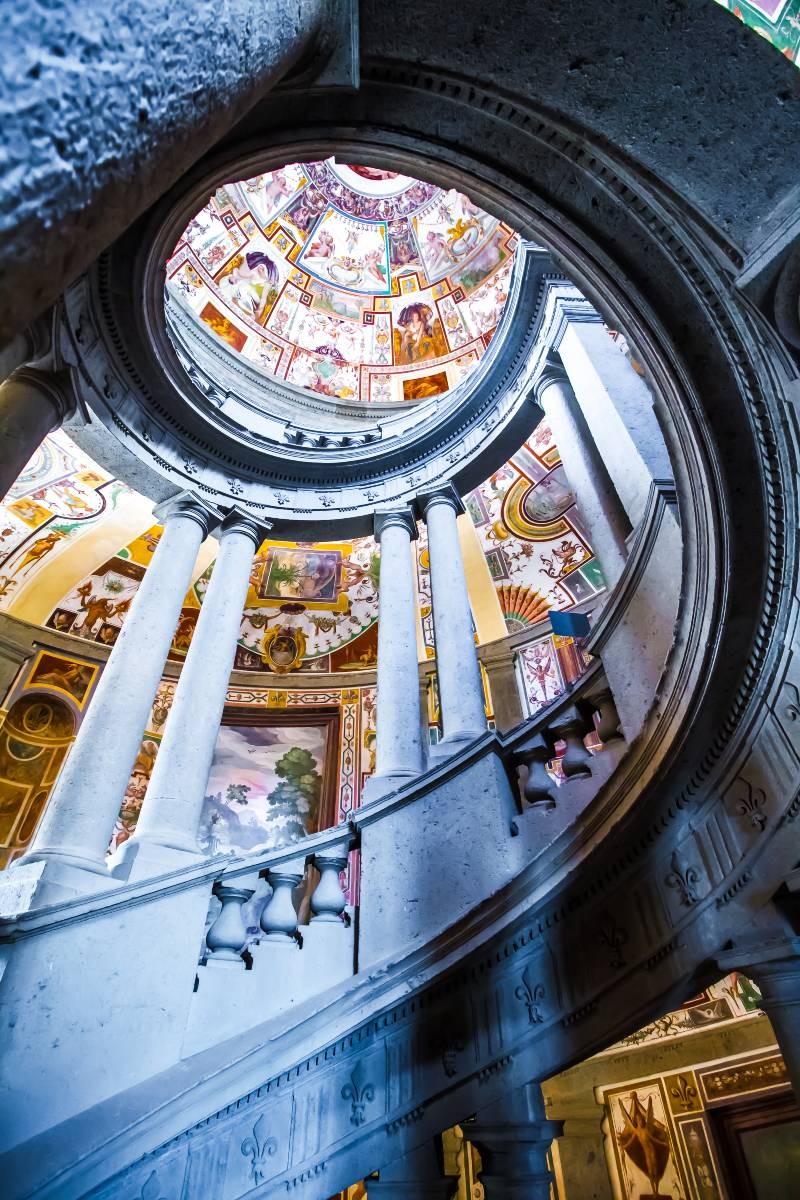 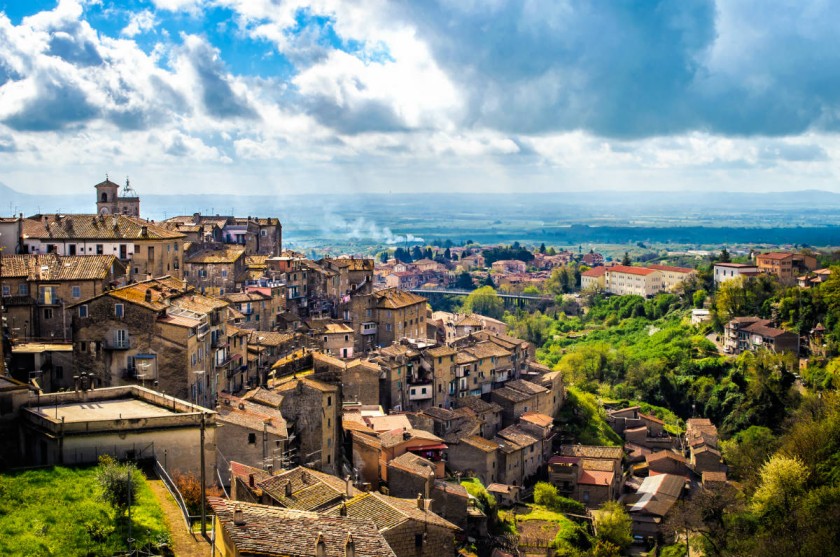 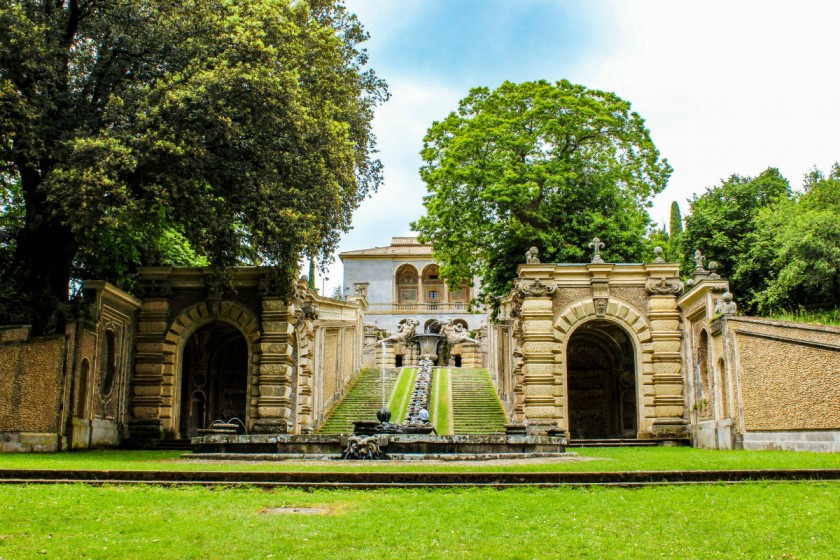 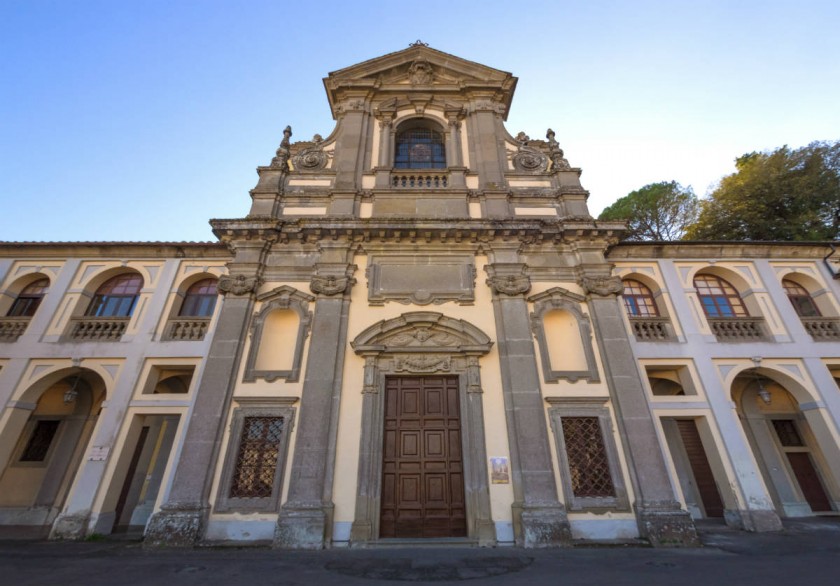 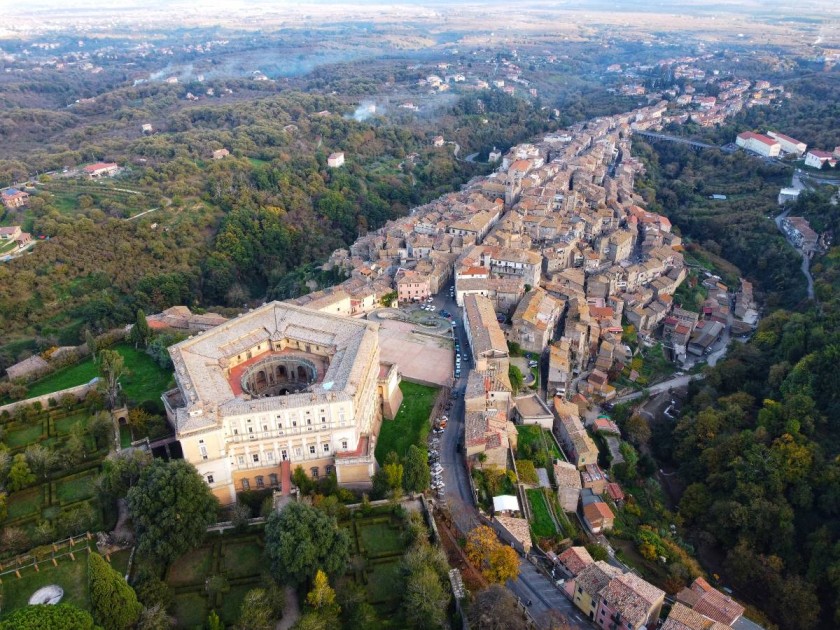 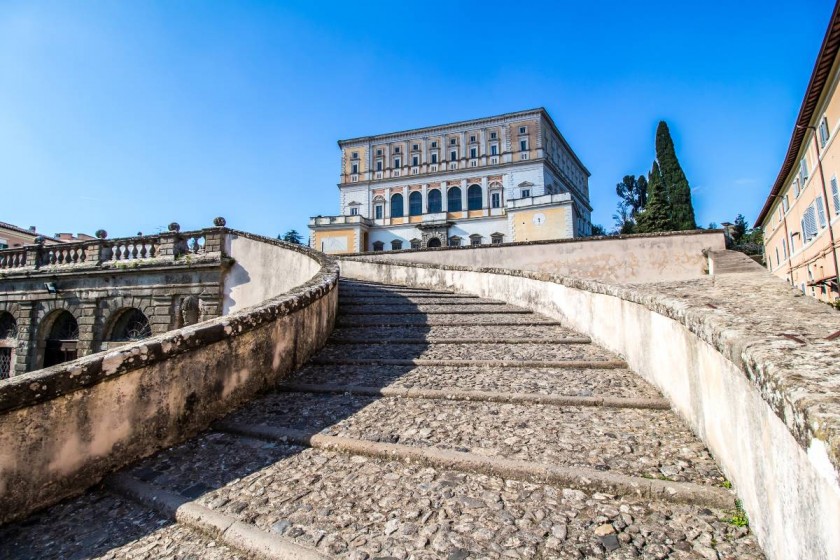 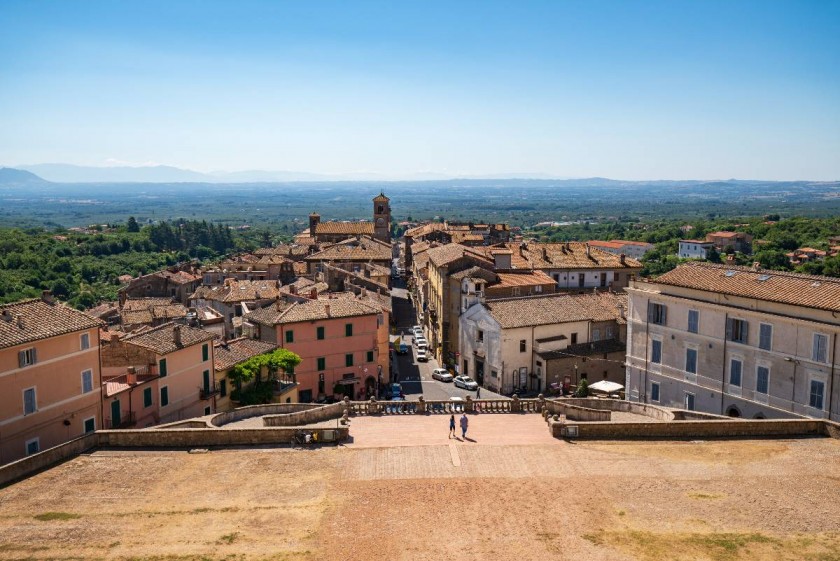 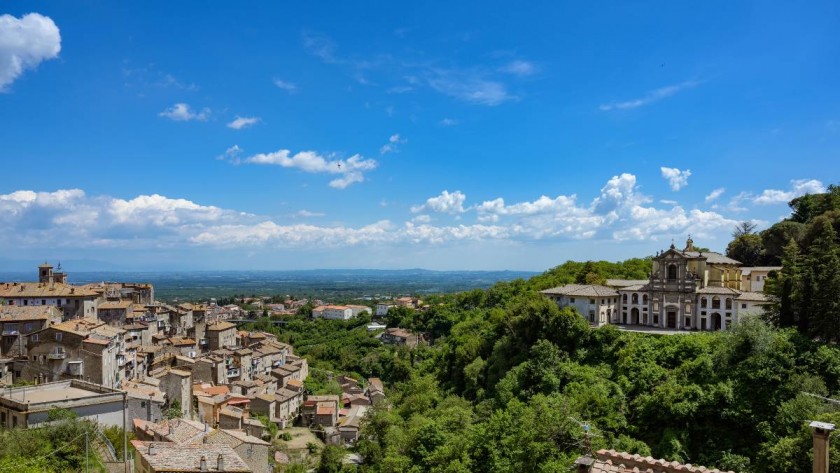 A look at Caprarola

Perched on a tufaceous spur Caprarola is placed between the consular roads, now state roads, Cassia and Flaminia. Despite being immersed in the ancient Etruscan territory, Caprarola throws its roots in the epoch of the very latest in particular, we have the first news of the existence of stable settlements around the XI century, this, as happened also for Ronciglione, because of the Cimini Mountains anciently called selva Cimina and considered the territory impervious and impenetrable.

During the Middle Ages it was contended by several families feudatarie, in 1275 we have evidence that it was under the Orsini, but for a short time, the power passed in fact in a short time to the Prefects of Vico. From 1370, began a fight for control of these areas between the Prefects of Vico and the Counts of Anguillara. In 1435 fell under the jurisdiction of the Holy See. Five years later, in 1440, the feud was purchased by Count Everso Anguillara and to this family remained until 1465, the year in which the Pope Paul II confiscò all their goods. Toward the end of the XV century, Caprarola was entrusted to the vicariate to Riario-Della Oak, under the government of which the country began to flourish again and to populate. It was then in the sixteenth century who knew the maximum splendour, when the Farnese with the appointment to Pope Paul III of Cardinal Alessandro Farnese, and with the constitution of the duchy of Castro, greatly extended their dominion building sumptuous villas and castles.

In Caprarola was built the residence more representative of the level of wealth and power that this noble family reached, the Palazzo Farnese di Caprarola. During the Second World War, during the period subsequent to 8 September 1943 and to the german occupation, find refuge in the country the 24 members of the jewish family Roman Venetian. Guests of the Brunetti Family, the Venetian could enjoy for eight months of the solidarity of many inhabitants and local authorities until the liberation.

Caprarola represents one of urban examples more significant of the '500. The ancient medieval village was pierced for passing a spectacular straight track that from the foot of the hill salt bypassing gullies, partly filled and partly overcome with 2 bridges until you reach the square in front of the imposing Palazzo Farnese. Of great naturalistic interest, located to the west of Caprarola, Lake Vico is probably the best conserved among Italian lakes of volcanic origin. Included among the areas of particular naturalistic value of Lazio, between biotopes of considerable interest to vegetation in Italy and part of the Natural Reserve of Lake Vico, allows the development of the life of the numerous and rare species of animals. Formed by the filling of a volcanic crater has halved view the surface in the etruscan era with the construction of an underground canal crossing the mountain and throwing the waters of the lake in the walloon forming the Rio Vicano, has allowed to obtain a large amount of fertile land.

Thanks to the important production of hazelnuts, Caprarola is known for the traditional sweets based on hazelnuts, as the tozzetti, macaroons, pampepati and hazelnut cream to spread on bread or to garnish cakes.

Via Borgo Cavour, 45 - 01030, Vitorchiano (Viterbo)
15.76 Kilometers from Caprarola
Town Hall
The Town Hall of Vitorchiano is enclosed between two towers

Piazza Sant'Agnese, 16 - 01030, Vitorchiano (Viterbo)
16.24 Kilometers from Caprarola
Moai of Vitorchiano
The Moai di Vitorchiano was sculpted in the 90s exclusively by hand with the typical Maori axes a...

Find where to sleep in Caprarola

Via Regina Elena, 21, Bomarzo (Viterbo)
18.24 Kilometers from Caprarola
B&B Il Grifo
The B&B "Il Grifo" is located in the historic center of Bomarzo, reachable only on foot, by bike ...

Piazza Pepe, 4, Bomarzo (Viterbo)
18.31 Kilometers from Caprarola
B&B Il Grifo
The B&B "Il Grifo" is located in the historic center of Bomarzo, reachable only on foot, by bike ...

Travel proposals in Caprarola and in its territory

CioccoFest and Chestnut Festival 2022 in Caprarola

A walk through the villages with the scent of lavender
Photo by iviaggidiliz.it Our country is home to vast expanses of lavender. The purple, blue and lilac-coloured flower gives shape to fragrant parks, which are the most popular destinations for lavender lovers. A walk through Italian villages and lavender fields is therefore one of the best ways to leave the greyness of winter behind and to welcome spring and its scents with enthusiasm. The purple fields of northern ItalyThe flower is on...
Continue
Caprarola - History of popes, cardinals, architects ... and a wonderful palace-fortress.
Rome, 1534. In that year Giulio de' Medici died, nephew of Lorenzo the Magnificent and at that time pope of the Catholic church with the name of Clement VII. With the following conclave, he ascends to the throne of Pietro Alessandro Farnese, known as Pope Paul III. A pontiff who will be able to tell his story, considering that in the history books he meets him when he leads the Council of Trent and when he follows with Michelangelo the reali...
Continue
Recipe: The Tozzetti with hazelnuts
The so-called "cousins" of the well-known cantucci, the tozzetti are traditional dried rhombus or trapezoidal-shaped pastries with a genuine flavor that differ from many other biscuits with the same shape, because inside there are the highest quality hazelnuts from the Cimini Mountains .A typical Caprarola dessert always present on the table to sweetly conclude a lunch or dinner. There are those who prefer to soak the tozzetti in white or red wine, those who prefer them strictly natural to appreciate the typical fragrance of the toz...
Continue
The Pozzo del Diavolo and the legendary formation of Lake Vico near Caprarola.
A short distance from the village of Caprarola, among the beeches of the reserve of Lake Vico, just below the top of the 836 meters of the Mount Venere, we could admire the Pozzo del Diavolo. It looks like the text of a narrator, like a voiceover, one of those heard with headphones along a tourist route and that enrich the description of the landscape with mythical and suggestive names, but it is not. Actually, just below the summit of Monte di Venere, there is a cave called Pozzo del D...
Continue