Share
The town is a fine example of Sicilian Baroque, known for the production of honey and located near the Rock Necropolis of Pantalica and the Anapo river. The events that accompanied the village of Sortino in the Middle Ages are linked to the noble Moncada family and subsequently to the heirs of Modica. 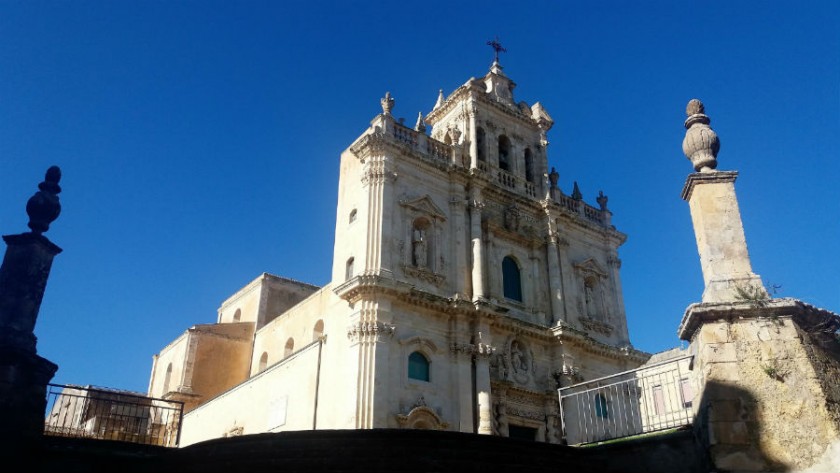 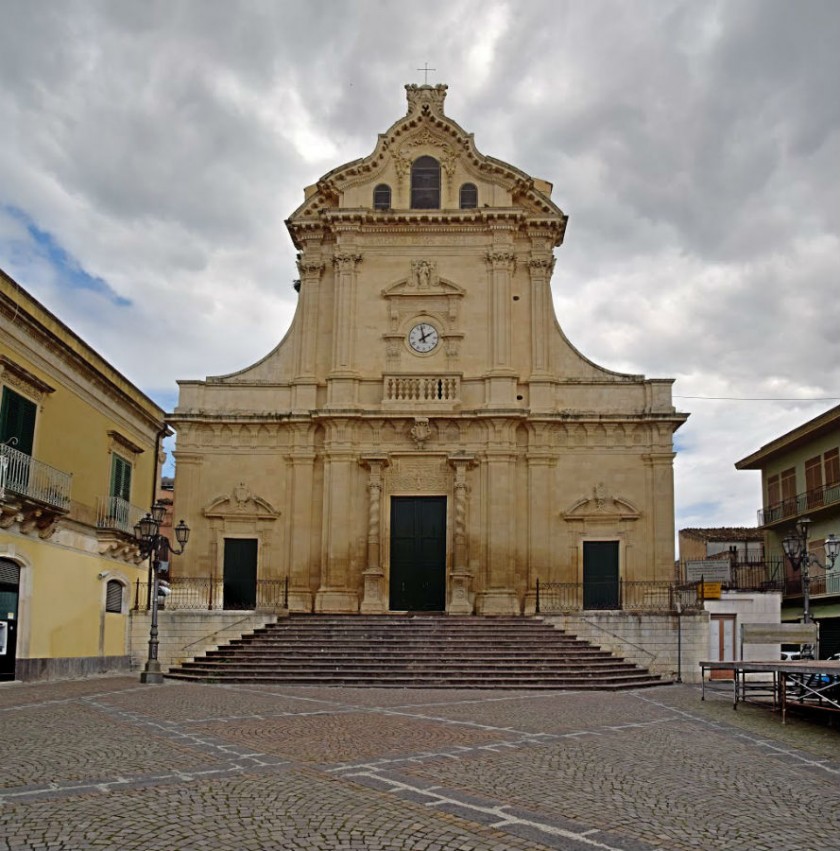 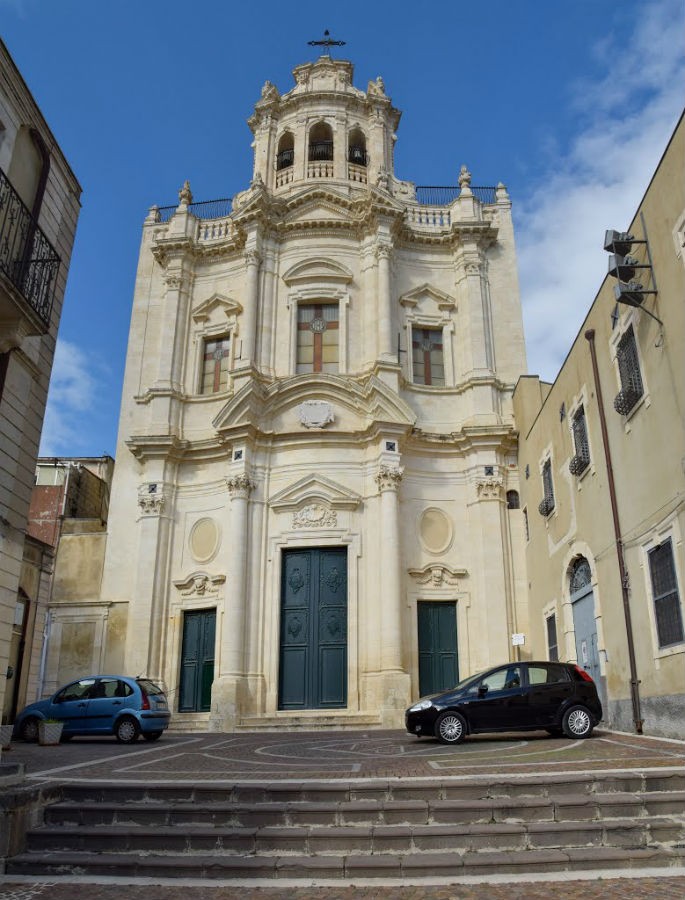 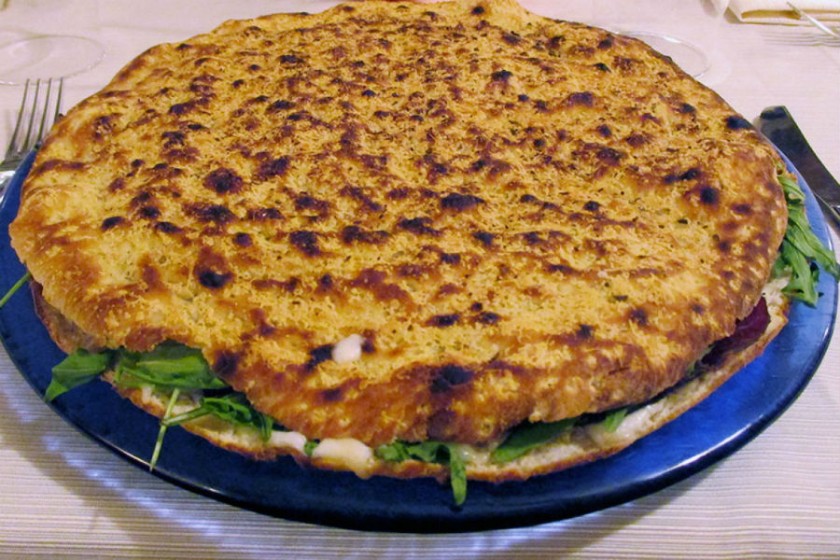 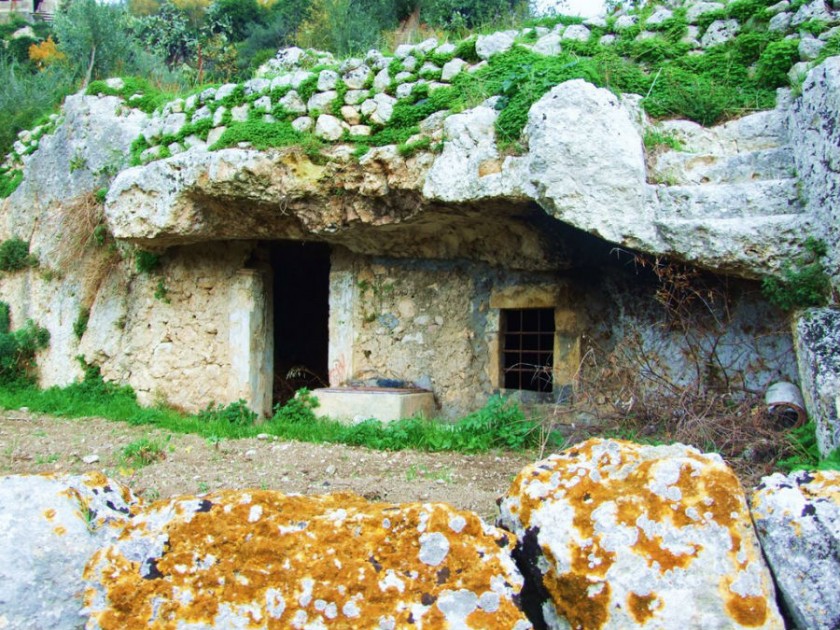 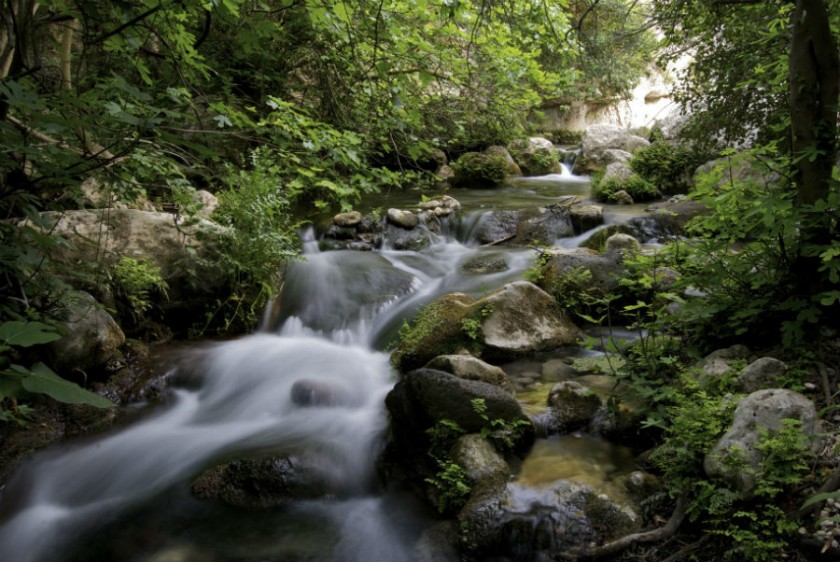 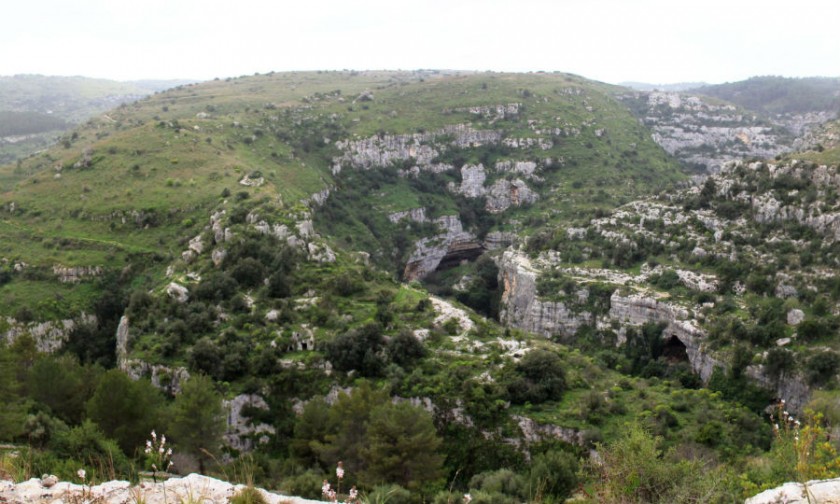 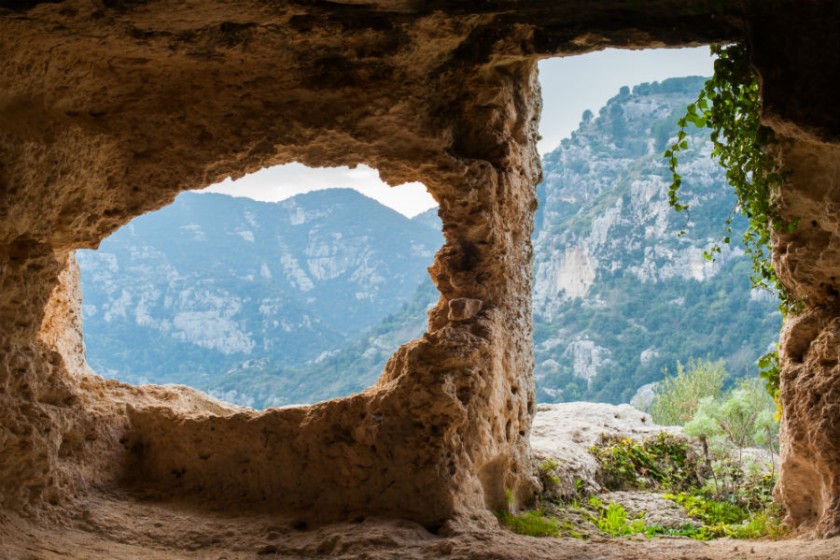 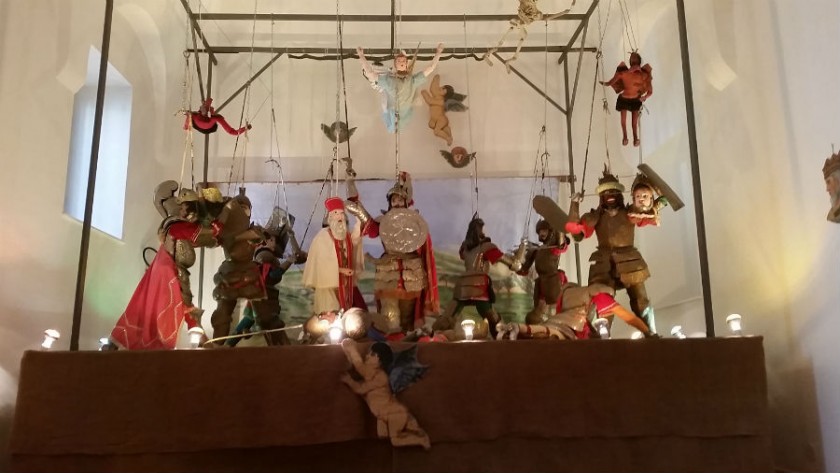 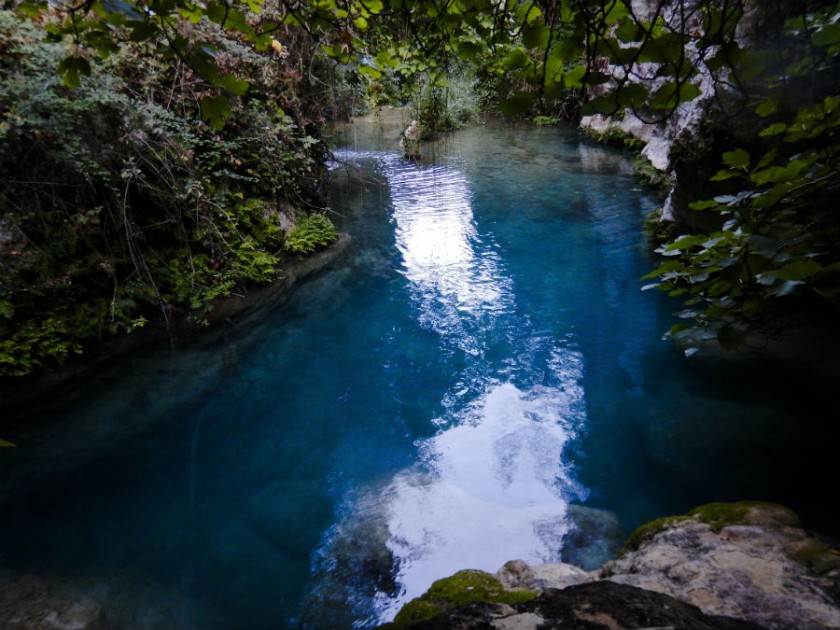 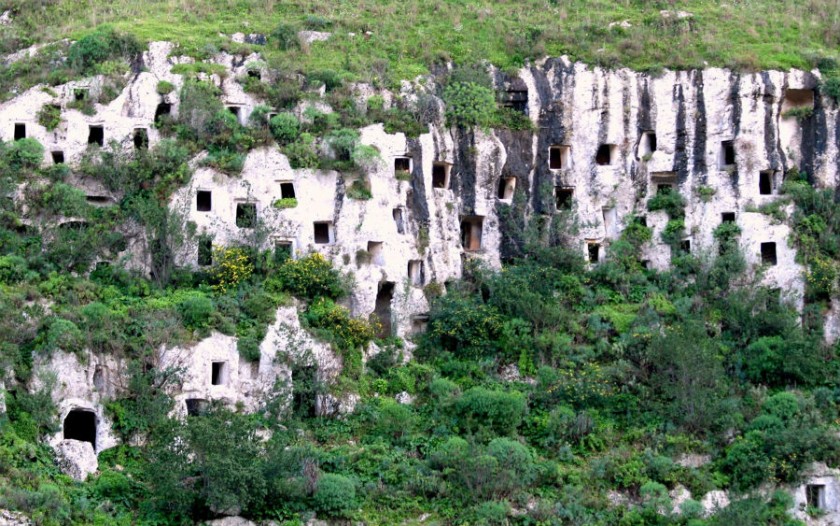 A look at Sortino

Sortino (Sciurtinu in Sicilian) is a valuable example of Sicilian Baroque, known for the production of honey and situated in proximity of the rugged Necropolis of Pantalica and the Anapo River.

The Necropolis of Pantalica (Buntarigah = caves) is one of the best known historical testimonies of the city, composed of five thousand grotticelle that were excavated from different generations of the hominids, perhaps from the first men of Neanderthal, certainly from the first Sapiens Sapiens of the Paleolithic and Neolithic. The opera was finally completed in prehistoric times by the people of the Civilization of Pantalica that has re-used as tombs.

The events that accompanied the village of Sortino in medieval age are linked to the noble family of the Moncada and subsequently to the heirs of Modica (1477). The fief of Sortino was granted by the empress Constance at Arnaldo Conte di Modica whose successors substantially remained until 1477, the year in which it was purchased by the family Gaetani Baroni, originating in Tuscany, whose ancestor, Guidone Gaetani, had moved to Palermo in search of fame and fortune.

The Gaetani will, for more than three centuries, the protagonists of the story, not only of Sortino but of the entire province of Siracusa. Emblematic was the aid that Peter Gaetani gave to the reconstruction of the country in the hill Aita, where it still is located after the devastating earthquake of 1693 that struck the entire Costa Orientale Sicula.

Culture sortinese, is part by now many years the Opira li Pupi (in Sicilian Language), in which are narrated the heroic deeds of the paladins of France. Between the stories more represented we the Orlando furioso; other representations staged are the famous "farces", comic scene narrated mainly in Sicily. Certainly the most important "puppet masters" sortinesi remain the "Puglisi", which from multiple generations handed down to us this art.

Virgilio already spoke about 'ibleo honey'. The long tradition mielaia the gentiles sortinesi transpired in the various generations has led to the production of characteristic honeys, such as thyme, eucalyptus, zagara in addition to the ubiquitous Millefiori. Also desserts that were produced (and you produce) in the days of celebrations, are at the basis of honey as the piretti (hard biscuits of flour and honey with an almond inside), the sphinxes or sfinci (small masses of leavened dough, then fried and seasoned with raw honey) and the sanfurricchi (sweets cooked honey, worked to incorporate air cured and then cut into small pieces).

Other product whose few individuals retain the secrets is a liqueur honey called 'spiritu fascitrari king' (liqueur of mielai they) produced by the distillation of the water is derived from the dissolution of the wax (which contains many residual sugar and honey), then made fermented and distilled, it can be used also "white", but the tradition prefers it 'cunzatu' (seasoned) with honey baked at a very slow fire for several hours.

The Pizzolo (pizzòlu in Sicilian) is a typical product of Sicilian cuisine, in particular that sortinese, but it can be found in all the pizzerias in the province of Syracuse or in suitable take away scattered throughout the province and in some villages of the southeastern Sicily. Consists of a round pizza approximately 20 cm in diameter, superficially seasoned with olive oil, oregano, pepper and parmesan cheese and salt, stuffed with various ingredients, salted (in this case the filling will be based on cured meats, vegetables, cheeses, meat) or sweet (filled with cream Pistachio, chocolate cream and ricotta cheese and honey). It is, however, a typical dish of the peasant tradition of Sortino - that in his original recipe consisted of a loaf stuffed with vegetables miscellaneous - marketed only recently

Other product typically sortinese, but rarely marketed, is the loaf (or sortinese la 'nfigghiulata) stuffed with figs and nipitedda (Nepeta).

Rocky Necropolis of Pantalica
Pantalica is a naturalistic-archaeological locality not far from the village of Ferla, in Sicily.
Strada Regionale 11, Sortino
Sicilian Puppets' Museum
The Sicilian Puppets' Museum is hosted at the former convent of San Francesco in Sortino, in Sici...
Via Resistenza, Sortino
At Fascitraru's Home Beekeeping Museum
The Beekeeping Museum dedicated to the iblean honey is located in Sortino, in Sicily.
Via Gioberti, 5, Sortino
Medieval Antiquarium
The antiquarium of Sortino is located inside the former convent of the Carmelite Fathers of Santa...
Via Carmine, 1/3, Sortino
Annunziata's Church
The church of the Annunziata is considered to be among the most ancient and the most beautiful ch...

Via Machiavelli, 19, Palazzolo Acreide (Siracusa)
15.28 Kilometers from Sortino
Aretusa Fount
The Aretusa Fount is a water mirror on Ortigia Island, in Sicily.

Lungomare Alfeo, 13, Siracusa (Siracusa)
26.00 Kilometers from Sortino
Antonino Uccello House Museum
Antonino Uccello, creator of the Casa Museo in the village of Palazzolo Acreide, in Sicily, was a...

Via Machiavelli, 19, Palazzolo Acreide (Siracusa)
15.28 Kilometers from Sortino
Maniace Castle
Maniace Castle is one of the most important monuments of the Swabian period of Syracuse, Sicily.

Via Teatro Greco, 8, Palazzolo Acreide (Siracusa)
16.14 Kilometers from Sortino
Apollonion
The Apollonion is one of the most important monuments of Ortigia, in Sicily.

Find where to sleep in Sortino

U Nummu ru Gesu (The Name of Jesus)

Sicily, a journey through villages and southern icons - part 1
In the south of Sicily the horizon line always intercepts Hellenistic, Arab and other populations that have lived on the island. But the landscape is not crowded or chaotic, nature lightens the scenic scene while the sea illuminates the view with the glare of the sun on the waves. An ancient history, that of southern Sicily, from the obligatory passage, to learn more about the present enriching the culture with the knowledge of the past. And ...
Continue
Recipe: The Nfigghiulata from the village of Sortino, Sicily
ALSO FOR VEGANS This ancient dish, according to some is recognized as the precursor of modern breakfast brioches, was cooked when, preparing the bread, the left over part of the dough became a delicious dessert loved by the whole family. In fact, adding sugar to the dough of the left over dough and setting it in the form of stuffed buns, was the joy of the little ones. From this it seems to derive the name. Thanks to the generosity of the terr...
Continue