Share
Montesano, in the province of Salerno, is one of the 14 municipalities belonging to the "Vallo di Diano 'Mountain Community, a few kilometers from Teggiano, a medieval center of considerable cultural interest, from Pertosa home to the splendid caves and from Padula, which, with the its magnificent and imposing Certosa di San Lorenzo, is the destination of an ever increasing number of tourists.

A look at Montesano sulla Marcellana 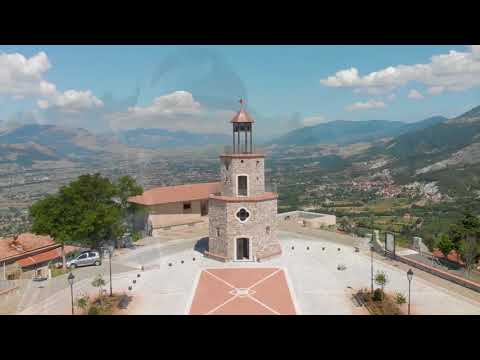 Montesano sulla Marcellana is the village in a higher position with respect to all the others of the Vallo di Diano. Beyond the various legends, the toponym indicates in an unequivocal way the reasons which determined the initial settlement. Legend has it that the inhabitants of Marcellinum, country located downstream of today's Montesano, due to the unhealthy air due to the marshy places, and subsequently to epidemics of plague, are refugees in hill (at about 850 m above sea level) where was founded around the year one thousand, the new country that precisely for the healthiness of the air and of its numerous sources was named Montesano. The toponym "on marcellana" derives from the place of origins Marcellinum and from the street Marcellana that crosses it. The farmhouse dates back probably to before the year One Thousand and certainly has its origin as a result of the destruction of Cesariana and other cities of the valley by the Saracens in 915 A.D. The first news you have in 1086 and the name recurs, shortly after in a privilege that Ruggiero II, King of Sicily, granted to the abbot Leonzio Grottaferrata in April 1131. For the healthy air and the richness of the waters and the fertility of the soil, Montesano fief scope by many lords in the medieval period.

The first of which it has news was Annibaldo Trasmondo of Rome, who received it as a gift from the King Charles of Anjou in 1269. In 1271 it passed to Arnolfo Pelagalli who dominated for 32 years. In 1303 was in power of Nicola de Molinis and, two years later, Iozolino d'Amendolia. It was in this period that the village knew the devastation of wars and therefore the Angevin government the Agreement the tax exemption for three years. Was later domain of Guglielmo de Ponziaco and then his son John until 1320, the year in which it passed to him wife Francesca de Laia. In 1333 he was lord of Montesano Roberto de Ponziaco, Maestro rational of the Grand Court. In 1337 Guglielmo Sanseverino, son of Count Tommaso, founder of the Certosa di Padula, bought the feud by said Roberto and, in 1346, bestowed it to his wife Margherita di Scotto, who held him with the title of the County for well over 54 years. In the next three hundred years many other lords avvicendarono is in the domination of the village; among others will remember Guglielmo Sanseverino to which the feud was removed in 1496 for rebellion to King Frederick of Aragon and given to Dimas de Requesens.

For the inhabitants, in the course of all these centuries, life not spent certainly quiet due to continuous famines and epidemics and earthquakes that periodically made their appearance. In 1348 there was the black plague that you journeyed back alive in 1656. In 1700, however, occurred a noticeable increase in population with a consequent increase in the urban fabric. The revolutionary wave that swept the south with the proclamation of the Neapolitan Republic in 1799, did feel its effects even at Montesano, where took place the riots and violence between monarchists and Republicans, the latter decided to modify the old social arrangement. On 17 February was savagely killed the "democratizzatore" Nicola Cestari, who was elected President of the Municipal Council. Restoring order, Montesano became a free common and could enjoy a period of relative prosperity.

On 21 October 1860, on the occasion of the plebiscite for the annexation to the Kingdom of Italy, the country was at the center of a revolt by filoborbonici. The reaction was however soon tamed also for the troops of the National Guard of neighboring countries. In the meantime three years before, namely 16 December 1857 a violent earthquake had swept away the traces materials of past dominations, destroying the castle together with the two parish churches of S. Nicola and S. Andrea. With the expulsion of the Bourbons and the constitution of the Kingdom of Italy, also in the territory of Montesano spread the scourge of brigandage by bands coming from Cilento and from nearby Basilicata.

The territory downstream that delimits the end of Vallo di Diano in south direction exists for several years now, the regional park "Cerreta - Cognola", a green oasis constituted by a vast woods of centuries-old trees, inside which are bred in the wild state, different species of animals, now almost disappeared in the free state. Going up the municipal territory toward the village chief town, meets the area "spa", characterized by a strong presence of sources of oligomineral waters, and here, near the thermal establishment, the Municipal Administration has created a "wellness oasis," a path pedestre equipped, from which you can also enjoy a beautiful panoramic view. Exceeded the capital, meet some highlands, positioned at various altitudes ranging from 900 to 1200 meters. The largest is the plain of Magorno - Tardiano, in this plain, winter if the rainfall so permits, it forms a small alluvial lake. If you decide to take one of the various paths that climb up into the mountains of the Maddalena, among woods and meadows, it is not difficult to come across herds of cattle are left free to graze, foxes and wild boar. Of particular interest are the caves of S. Angelo in locality Lucito, to visit to the uncontaminated beauty.

The local economy is mainly based on agriculture and handicraft. The livestock permits the production of salami and products derived from the processing of milk.

Viale Monastero, 40, Rivello (Potenza)
22.44 Kilometers from Montesano sulla Marcellana
Torre Vicereale
One of the tourist attractions of the Amalfi Coast is the Tower of Cetara.

Palazzo Cestari Hotel
Via Dott.Nicola Cestari 60 - 84033, Montesano sulla Marcellana
B&B La Voce del Fiume
An intimate environment, with an awakening between the scent of homemade cakes and going to sleep...

Campania: land of art and food
Campania is known all over the world for the mildness of its climate, the beauty of its coasts, the richness of its art and its history. Furthermore, his love for cooking makes this region a land that many tourists want to know and visit. A journey that always starts from the sea, the undisputed king of this territory, with its intense colors, its coasts dotted with bays, the gentle coves and the steep rocky walls, the islands of the Gulf of Naples, Capri, Ischia and Procida, which they are real masterpieces of nature and proceed ...
Continue