Share
Subiaco is a high-medieval village, dominated by the imposing Abbey Rock, and immersed in a territory rich in both historical-artistic and naturalistic attractions. In its historical center there are various buildings, especially religious, which embellish the town and offer tourists excellent starting points for the visit. Immense and with great environmental value is the beautiful and wild Regional Natural Park of the Simbruini Mountains characterized by large beech woods, extensive green meadows, valleys, rivers and mountains between 1600 and over 2000 meters.

A look at Subiaco 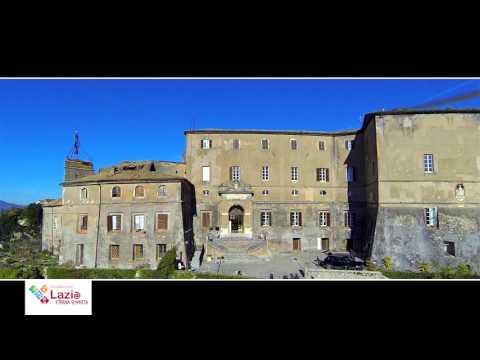 The village of Subiaco, beyond that to the homonymous ski resort, it is also well known and appreciated for the mountain territory, inside which there extends a secular beech wood among the most extensive in Europe. Its plateau of uncommon beauty under the naturalistic profile, extends over an area of 3000 hectares and finds protection within the boundaries of the Regional Natural Park of Monti Simbruini.

Populated from the Equi and by the Latini, the area became a tourist resort very frequented by the Romans as evidenced by the remains of the imperial villa built by Emperor Nero. Precisely on the ruins of this villa in the V century A.D. San Benedetto da Norcia he built one of the twelve monasteries in the area, all later destroyed by the Saracens, except for that of Santa Scolastica. The history of Subiaco is also linked to that of print: it was precisely on the premises of the monastery that in 1465 two German printers gave life to the first italian typography.

The origins of the current Benedictine Abbey dating back to the beginnings of the VI century, when San Benedetto da Norcia, after the experiment of the hermitic life conducted in a cavern at the ancient villa built there by Nero, founded in the area of Subiaco thirteen monasteries to give hospitality to his first disciples, coming in part from the Roman nobility. Later (XII century) on the initiative of Abbots was built the shrine-monastery of the Sacro Speco, erected over the original memory of the Holy.

Of the thirteen monasteries founded by St Benedict remained only the current monastery of Santa Scolastica initially dedicated to San Silvestro, which boasts the title of Protocenobio of Subiaco Congregation of the Benedictine Order. Others went destroyed or were abandoned. In the IX Century the monastery underwent two destruction by the Saracens. In the X century received donations from various popes (John X, Leo VII, John XII, Benedict VII, Gregory V) that enlarged the territory of the abbey.

Always with the papal favor, The Abbey knew a period of great splendour in the XI and XII centuries becoming feud much scope for its economic and political power. The continual struggles with the feudal families brought however to its decadence. Erected in commendam by pope Calixtus III (1456), was entrusted to Cardinal Giovanni Torquemada (Juan de Torquemada), uncle of the famous inquisitor. In 1467 it passed then to Rodrigo Borgia, future Pope Alexander VI and, subsequently, to the column (1492), to the Borghese (1608) and to the Barberini (1633).

In 1753, Pope Benedict XIV deprived the abbots commendatari of temporal jurisdiction but leaving that ecclesiastical and spiritual. Suppressed by the French (at the beginning of the XIX century), restored shortly afterwards by Pope Pius VII, the abbey was reinstated in his privileges of Abbey nullius by Pope Benedict XV (1915).

Francesco Bulgarini, in 1848 speaks of peasants montagnoli "ciociari" in reference to the sharecroppers coming seasonally, from the district of Subiaco, Tivoli, to cultivate maize. In 1867 Subiaco was a witness of the countryside of the Agro Romano for the liberation of Rome wanted by Giuseppe Garibaldi. In the month of October there were slaughtered in a clash with the pontifical captain garibaldian milanese Emilio Blenio and some of his companions. The remains of the Garibaldian were translated to care of Veterans Society Patrie battles from Subiaco in the Ara-Ossario of Mentana as shown in the documents kept in the archives. From Subiaco also came even one of a thousand, Luigi Pistoia, to which it is entitled a piazzetta (Piazzetta Luigi Pistoia).

In the XX Century war events of World War II caused serious damage to the town destroying almost the entire historic center and severely damaging churches and monuments. At the end of the conflict was everything painstakingly rebuilt and restored, returning to be so a pole of attraction for religious tourism, environmental, cultural and sports.

Subiaco is gathered around the Rocca of Borgia and arranged on a steep slope. Arriving at the village was greeted by the medieval bridge of San Francesco, built in 1358, which straddles the river Aniene and brings to the homonymous convent dedicated to the Saint of Assisi. At the entrance of the city is also located the triumphal arch erected at the behest of Pope Pius VI. Another characteristic view of Subiaco is the medieval village of mills located on the left bank of the river and which constitutes the most ancient district of the village.

In Subiaco among the various traditions Easter confectionery there was to be packaged two homemade cakes called the one "Pigna" and the other "Valle".

The "Pigna" or pupazza was destined to a girl and "Ju Valle" or gallo to a plunger. The women committed to be packaged traditional sweets were not more than give a different shape to the pulp of ciambelletti that already had for hands. We resorted to reproduce the shape of a pupazzetta with an egg in the belly, retained by two listelline of sweet pastry in the shape of a cross. Even the wing nut or "vallozzo" brought in the belly egg retained in the same way that became hard during cooking of everything in the oven. The skillful mothers gave evidence of bravura doing the "Pigna" small breasts and "aglu valle" the krestin spizzettata and queue "ngrifata". The Sweet Toys came out from the oven blondes, perfumed and lustrous of egg brush at the last moment that allowed to sugar grain to attach.

Easter itself is the triumph of eggs, pinned to the forty days of Lent, because together with the meat were forbidden food, were withdrawn out and then seasoned in every sauce. The eggs are also decorated with twirls.

The significance of the egg that was placed in the belly of the "Pigna" and of the "valle" is attributed to the fruitfulness of male and female. For the peasant civilisation that everything expected from the bowels of the earth, a possible infertility due both human belly that animal, was one of the worst tragedies.

monastery of Santa Scolastica
Monastery of Santa Scolastica was founded in Subiaco, in Lazio, from San Benedetto da Norcia.
Via dei Monasteri, 41, Subiaco
Sanctuary of the Sacro Speco
The Sanctuary of the Sacro Speco, is an ancient Benedictine monastery which is situated in the te...
Via S. Benedetto, Subiaco
Fortress Abbey
The Fortress Abbey of Subiaco is located on the highest point of the village in the Lazio Region.
Rampa della Rocca, Subiaco
Paper and Printing Museum (MACS)
The Paper and Printing Museum is hosted inside the Fortress Abbey of Subiaco, in Lazio.
Rampa della Rocca, Subiaco
Papermakers' Village
the Papermakers' Village is a museum laboratory of Subiaco, in Lazio.
Via degli Opifici, 62, Subiaco
Villa of Nerone
Simbruina stagna, the Villa of Nerone, is located in Subiaco in Lazio.
Via dei Monasteri, 41, Subiaco
Castelvecchio
Castelvecchio, a small village in the municipality of Sante Marie, is called the soul country, wh...

67067 Castelvecchio, Sante Marie (L'Aquila)
21.75 Kilometers from Subiaco
Valdevarri
Valdevarri, not far from Sante Marie, is the fraction of spirituality and mystery.

67067 - Valdevarri , Sante Marie (L'Aquila)
21.75 Kilometers from Subiaco
Scanzano
Scanzano, part of the municipality of Sante Marie, is one of the most suggestive villages of the ...

67067 Scanzano , Sante Marie (L'Aquila)
23.78 Kilometers from Subiaco
Tubione
Tubione, part of the municipality of Sante Marie, is a tiny village with seven residents.

Via Antonio Gramsci, 5, Nettuno (Roma)
63.70 Kilometers from Subiaco
Villa Aldobrandini
Also known as Villa Belvedere, is one of the most important historic residences of Frascati, both...

Via dei Pescatori, 21 , Castel Gandolfo (Roma)
41.95 Kilometers from Subiaco
The Temple of Juno Sospita
The main center of worship of Giunone Sospita was precisely the sanctuary of Lanuvio, near Rome.

Recipe: the Subiachini cookies
At the beginning of `900 in the village of Subiaco began to make these biscuits, initially reserved for a middle-upper class, but since the post-war period also spread among the poorest. Subiachini are characterized by different shapes: dove, rhombus, elliptical and recently also elongated and are made with simple ingredients. If you pass from Subiaco, enjoy this delicacy at Maratta Bakery in Via Vittorio Veneto 22. Ingredients For the dough• 4 eg...
Continue
Petralia Soprana: the village of the Borghi autumn 2018
After the victory of the village of Ganci in 2014, of Montalbano Elicona in 2015 and Sambuca di Sicilia in 2016, the land of the Gattopardo, with a plush step, once again, climbs the podium peaks with another gem of the hinterland, winning with Petralia Soprana the title of Borgo dei Borghi autumn 2018. This edition of the Il Borgo dei Borghi competition, an autumn spin-off linked to the Kilimanjaro television program, began with three groups per ...
Continue