Share
On the slopes of Mount Tilia, part of the Terminillo mountain range, right in the heart of the Rieti area between Lazio and Abruzzo, lies the medieval village of Leonessa, 120 kilometres from Rome. The village is mainly developed in its historical centre where noble palaces dating back to the period from the 16th to the 18th century are preserved. A visit to the ancient centre of Leonessa provides an insight into an urban fabric characterised by late medieval and Renaissance architecture. 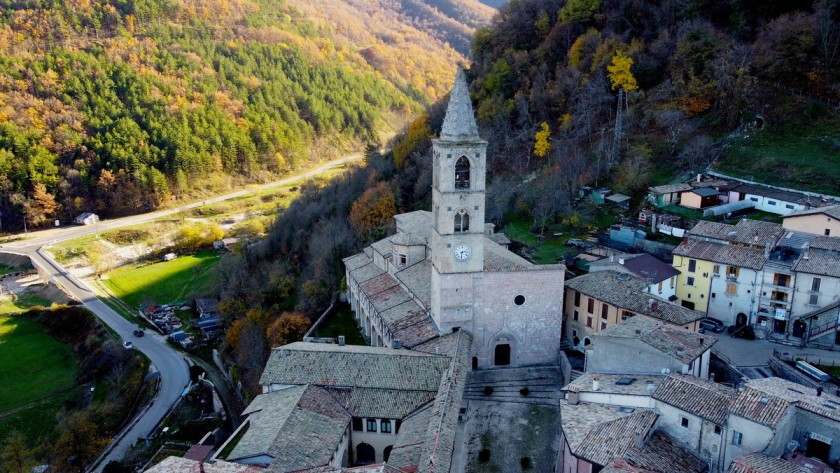 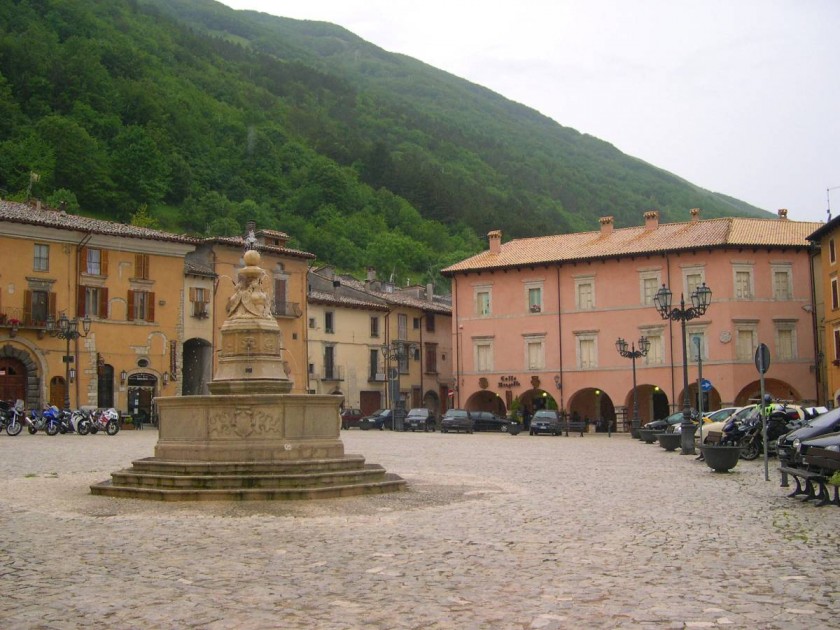 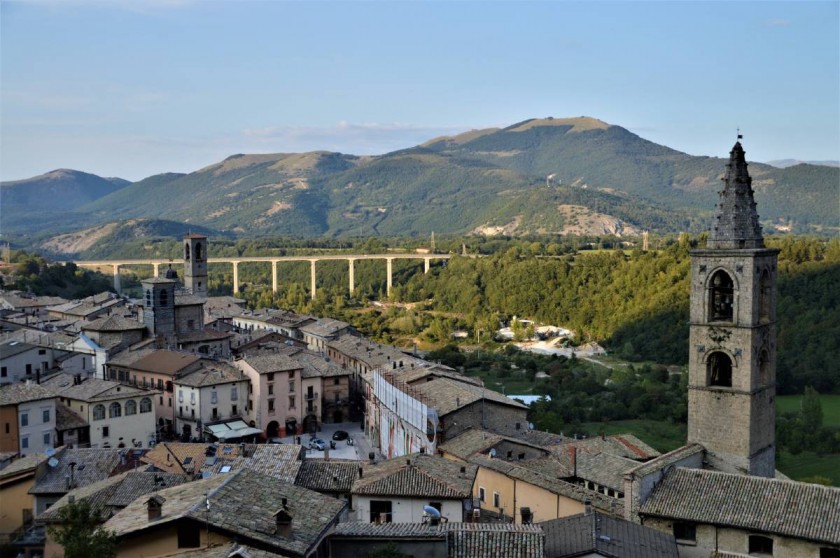 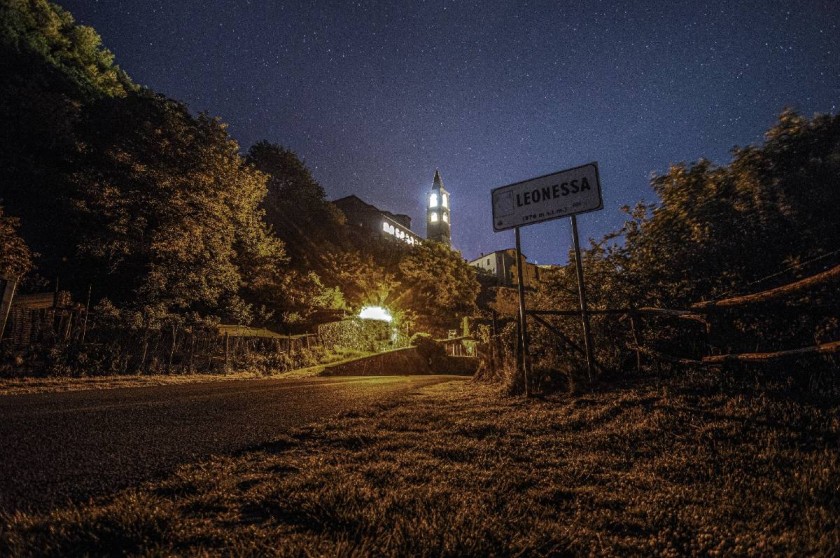 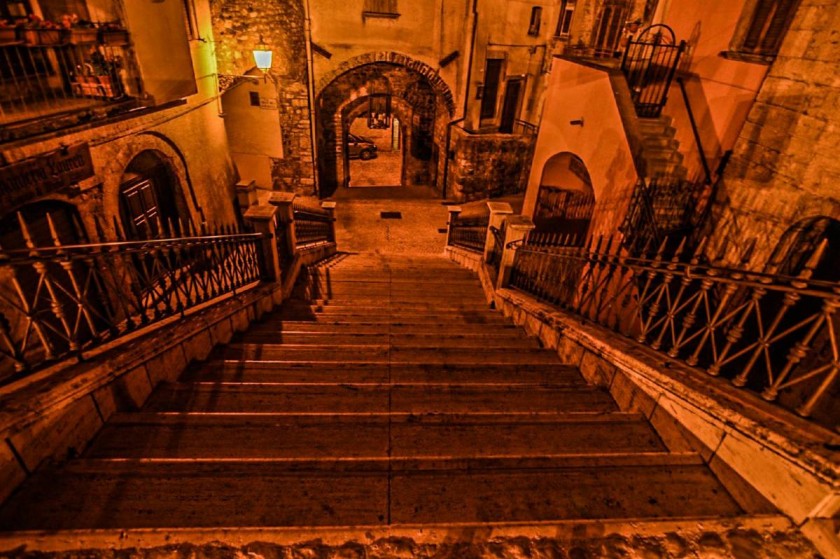 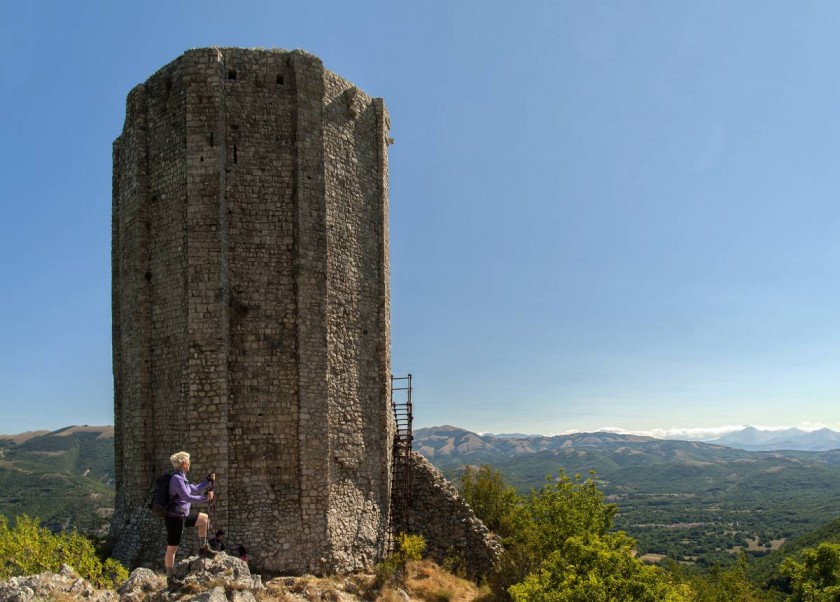 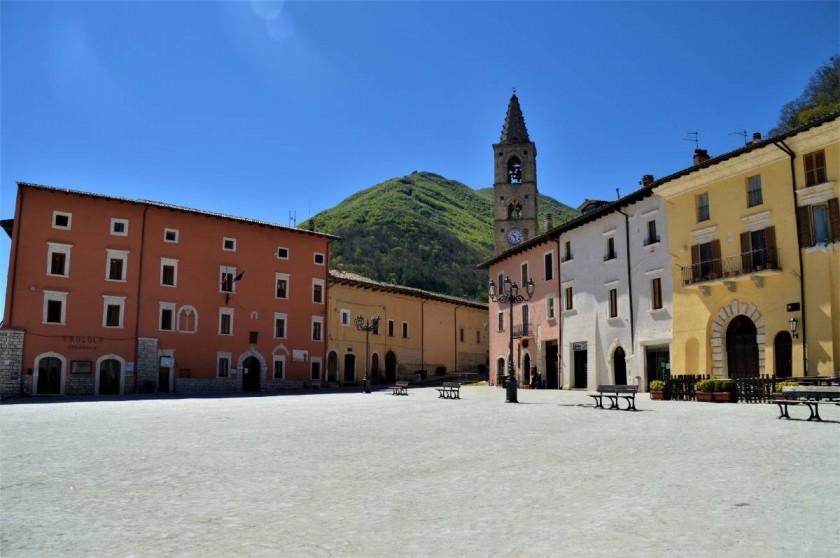 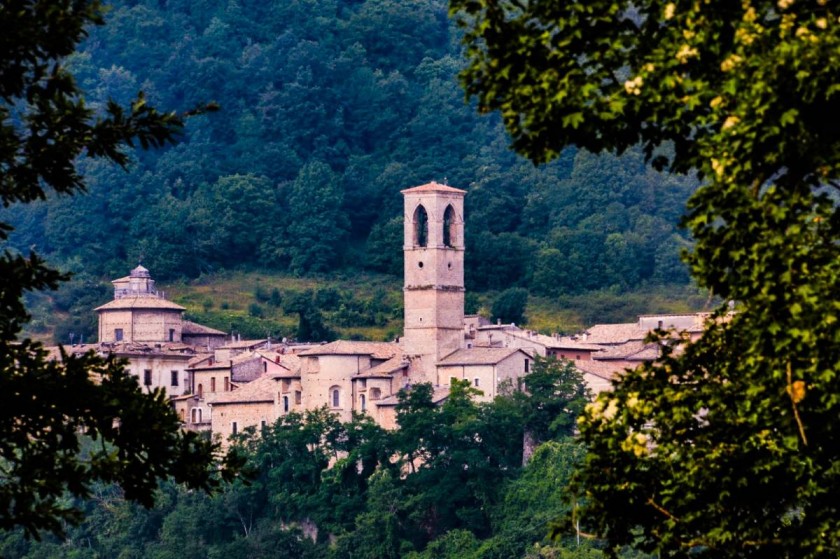 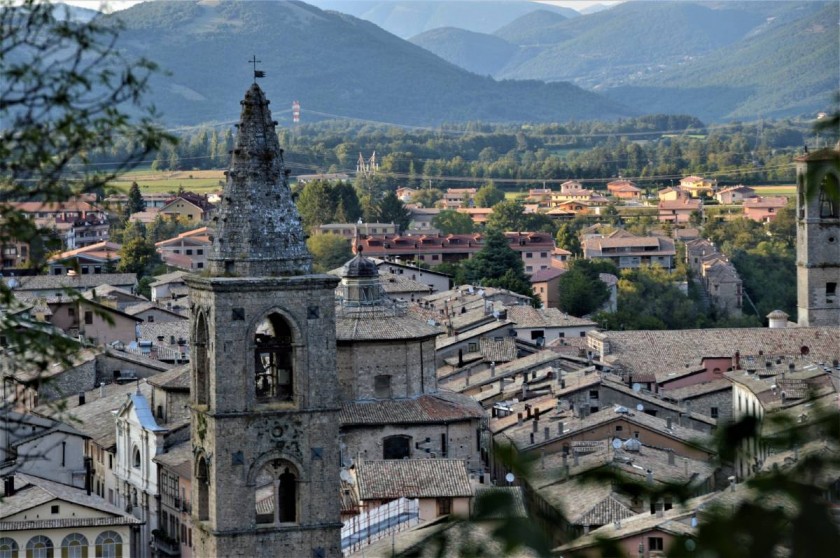 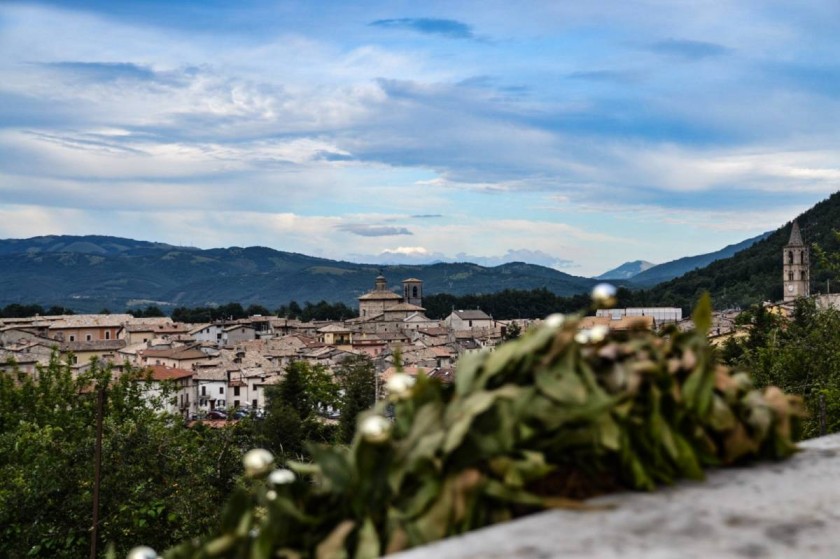 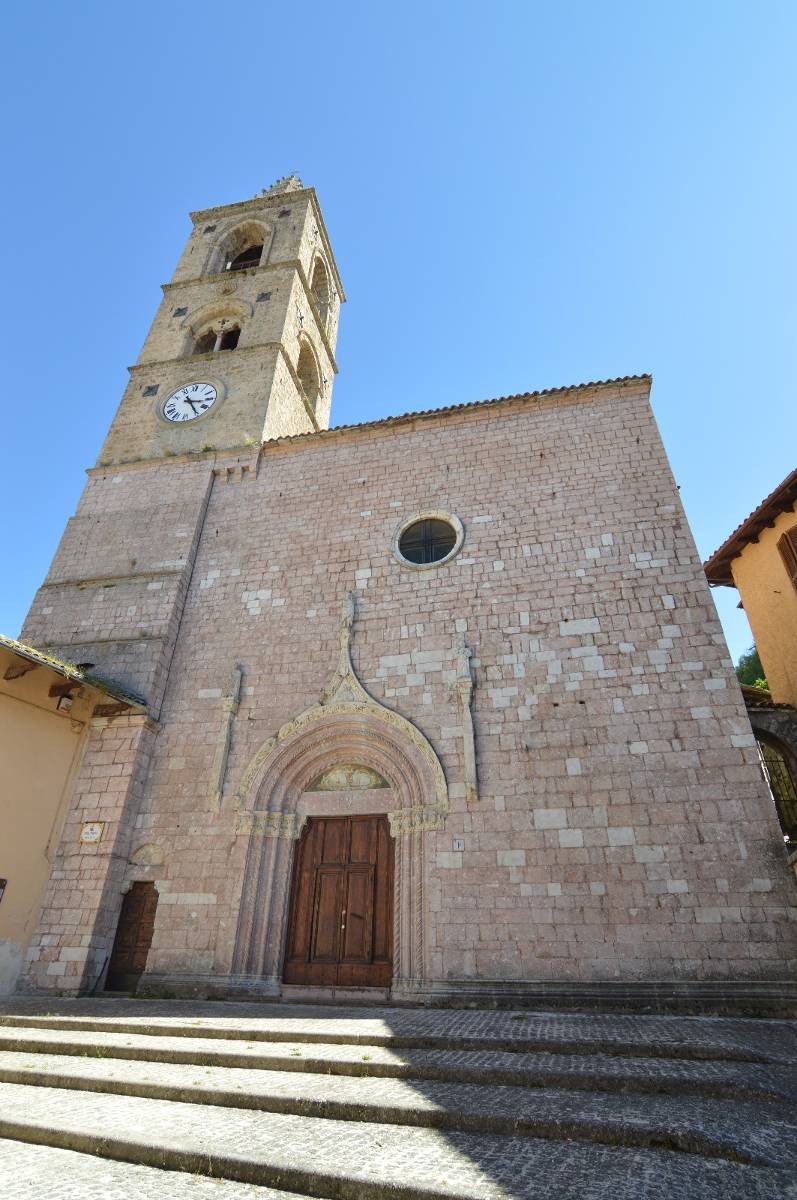 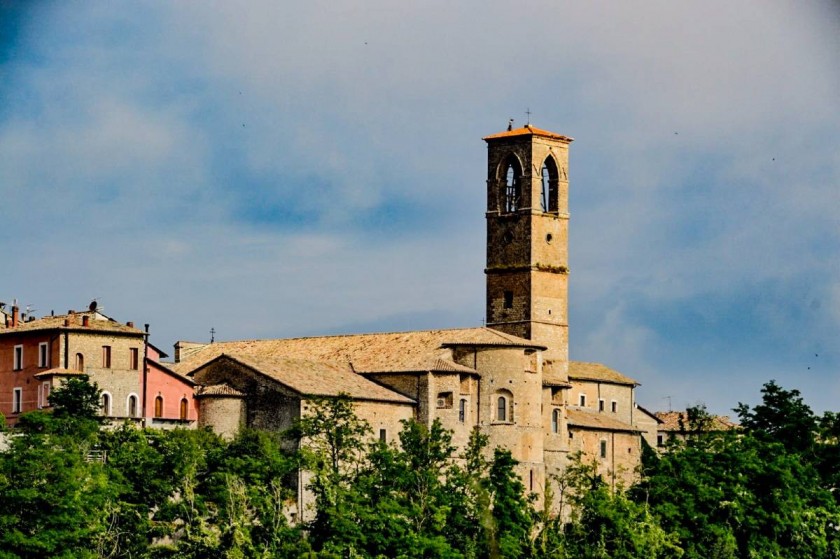 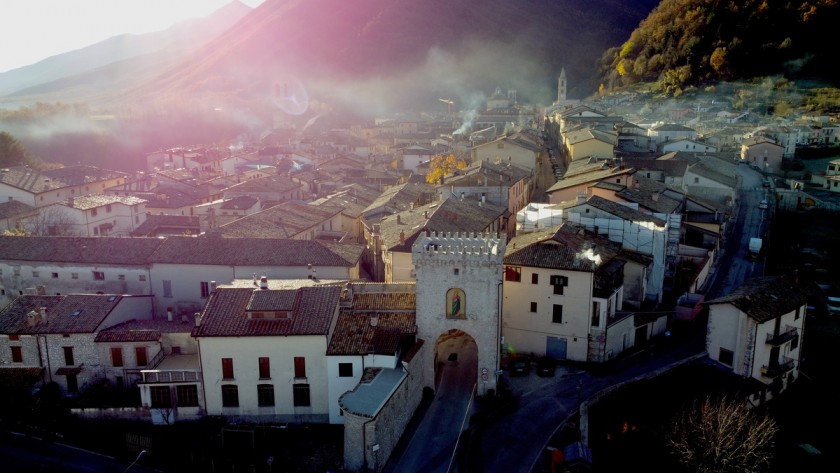 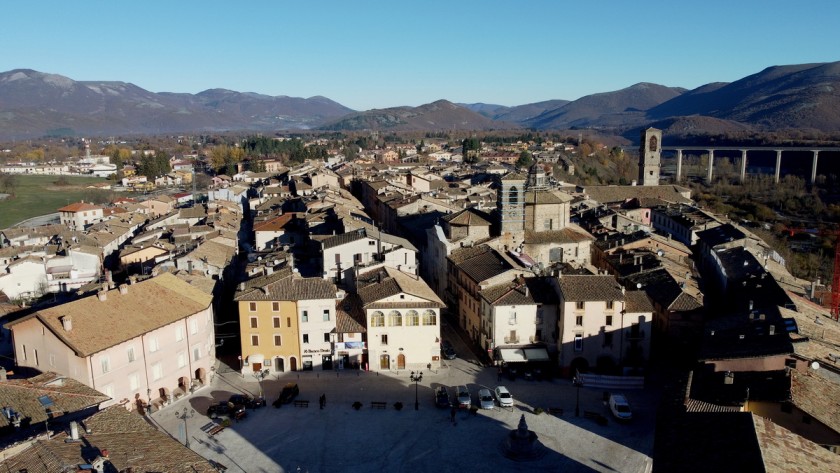 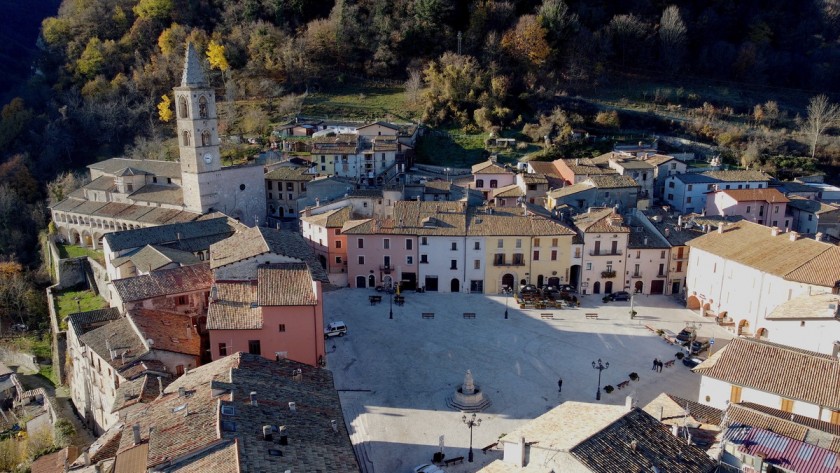 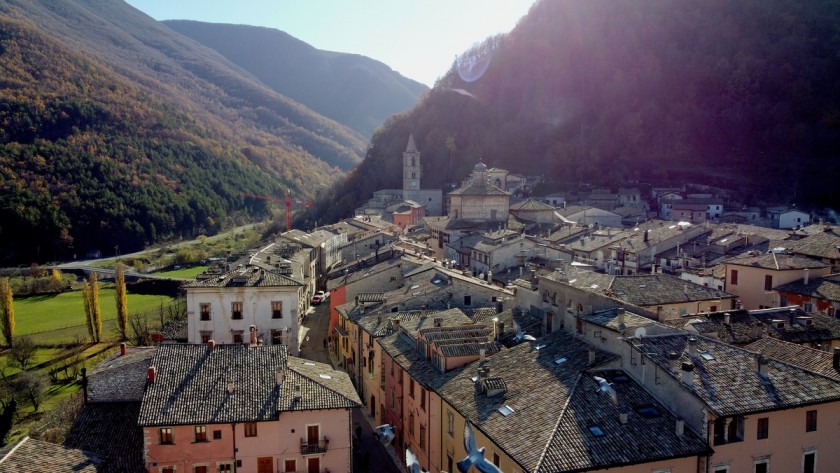 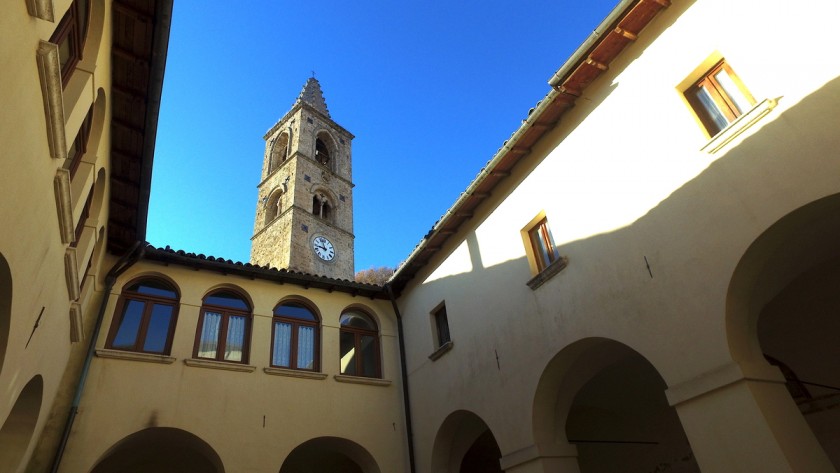 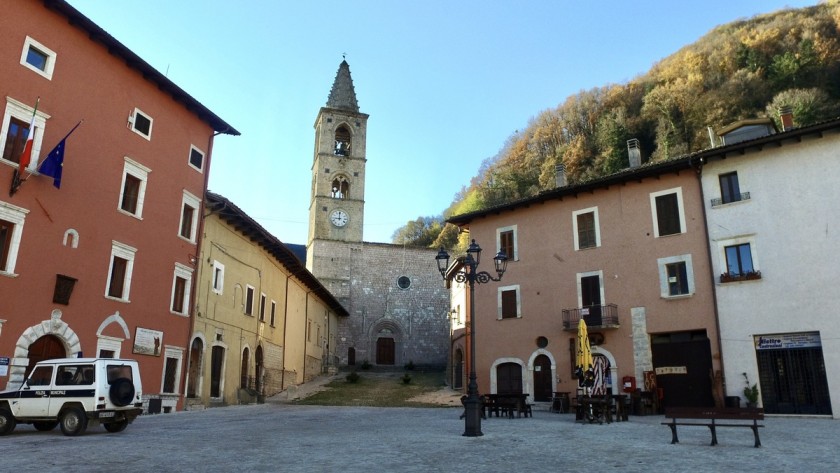 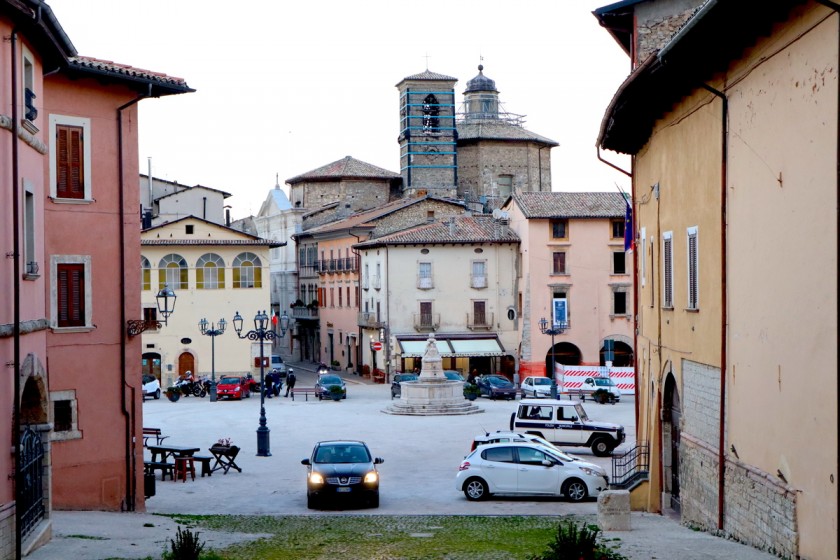 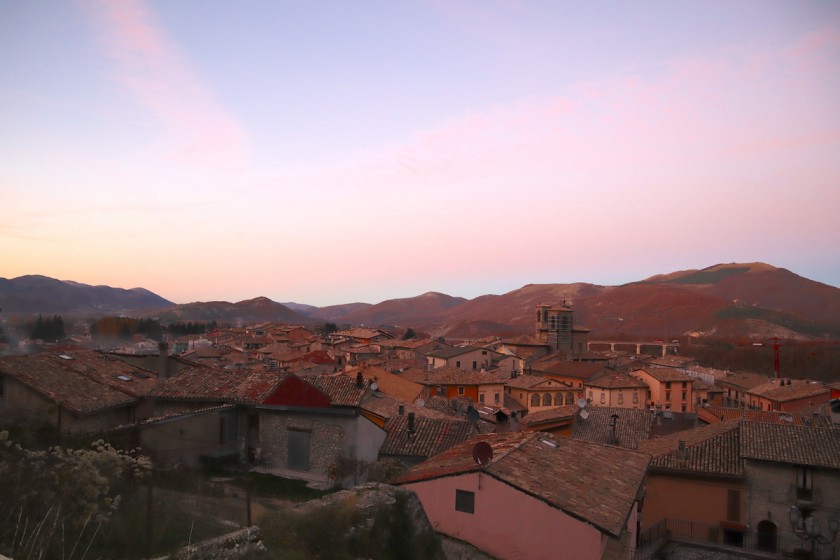 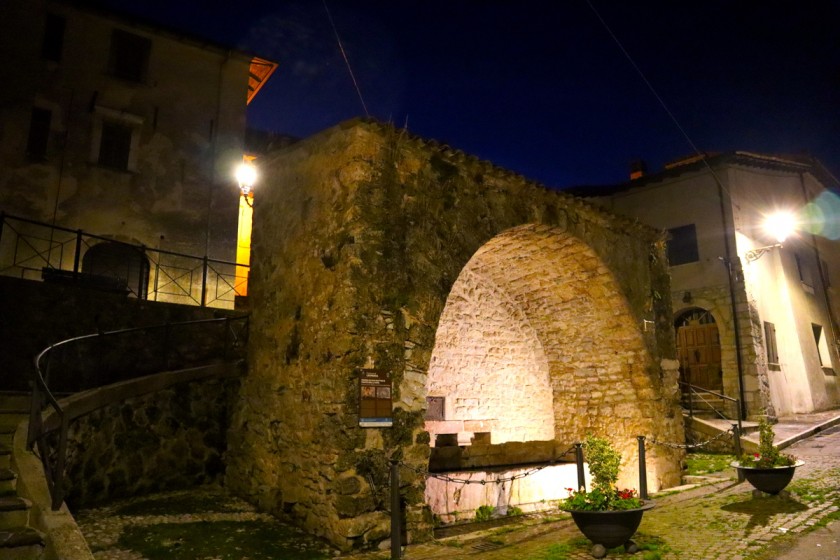 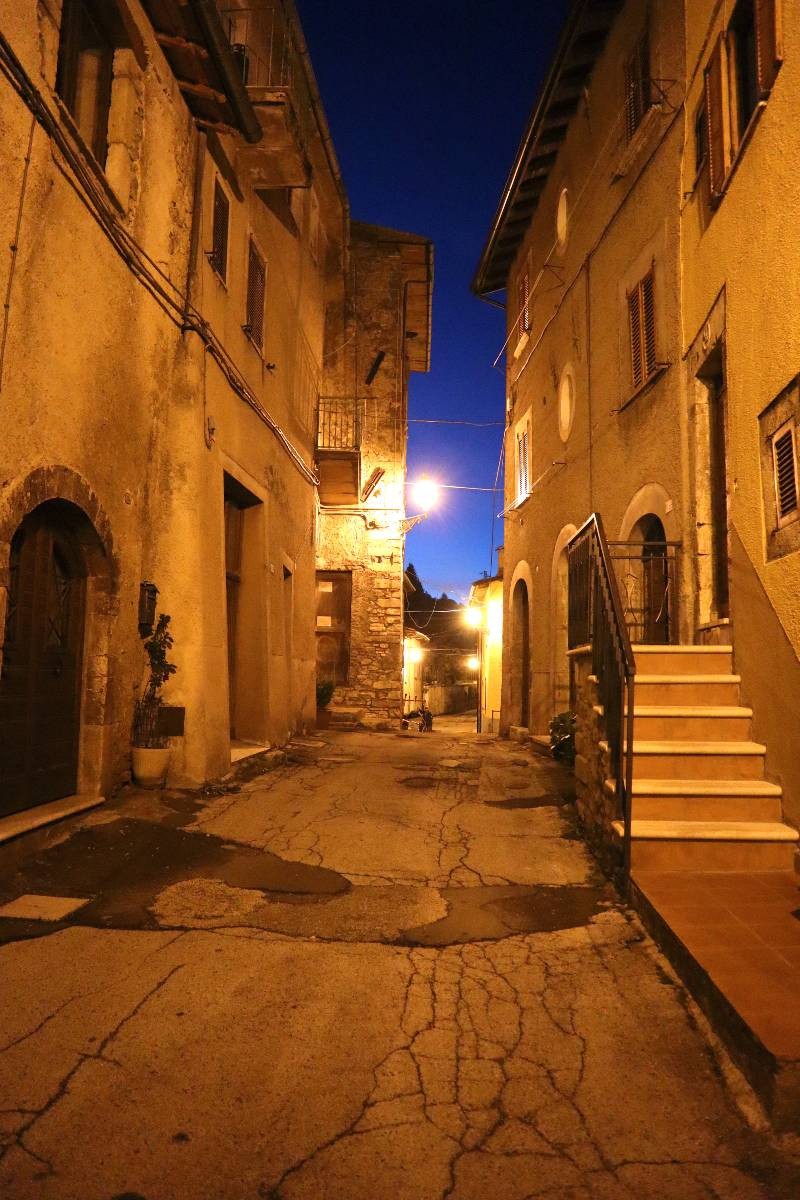 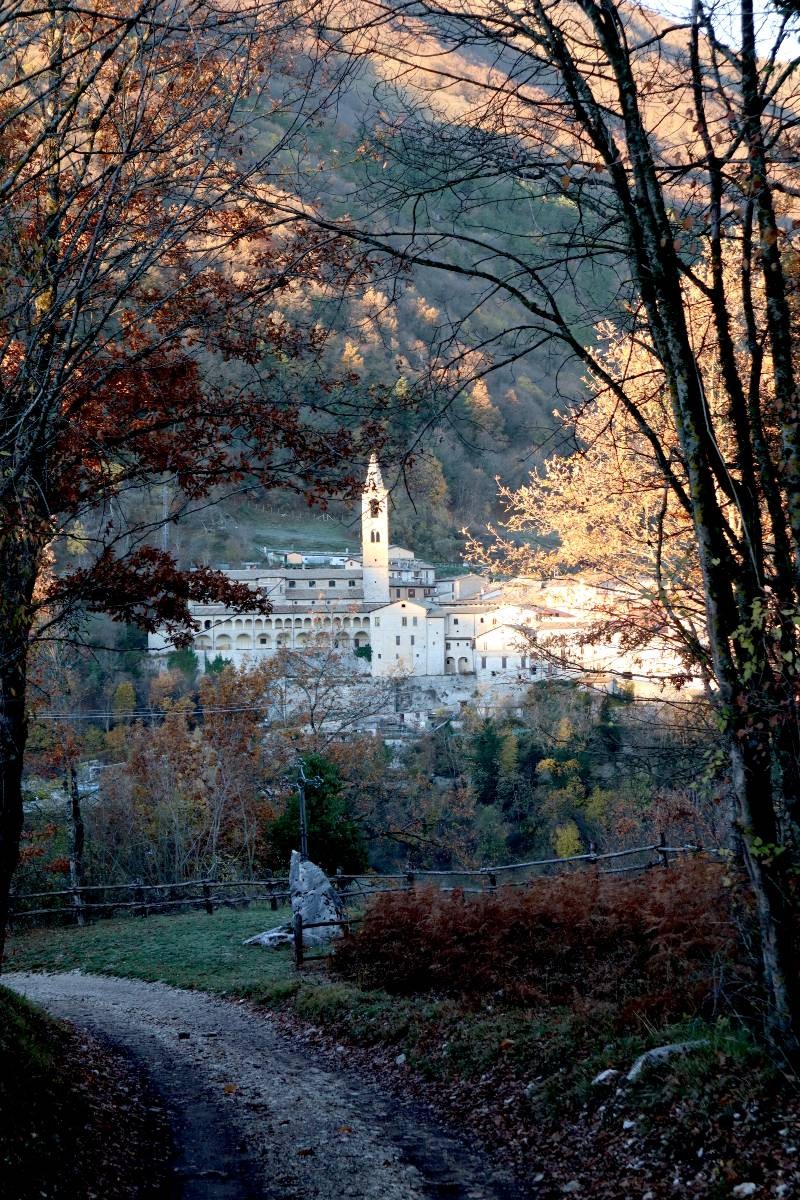 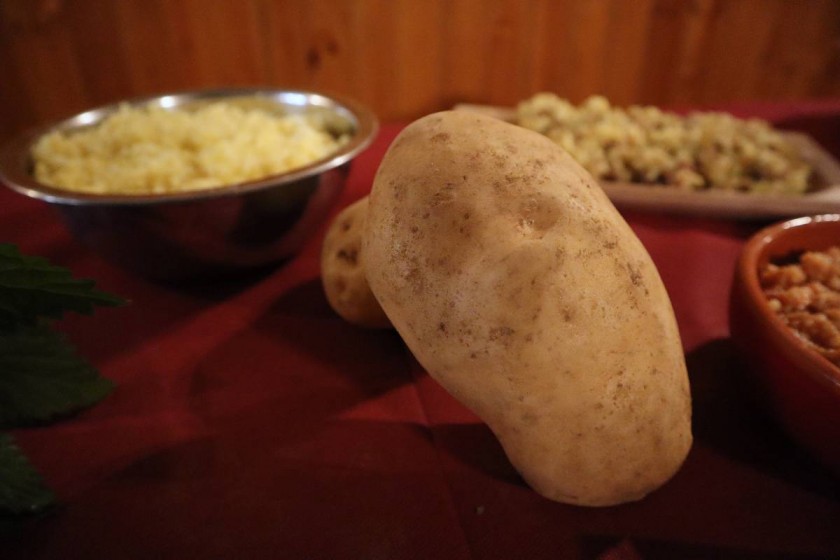 Origins
Since the eighth century AD, the plateau where Leonessa stands today saw the construction of the first defensive constructions and fortresses, the most significant of which was the castle of Ripa di Corno - belonging to the Kingdom of Naples - around which the village was built.

The name of the town derives from the union, which took place in the 13th century, of several castles and villas located in the territory and having an urban structure typical of the late medieval style. The origin of this fusion was caused by the rebellion of the inhabitants of the territory against the Papal State, who took refuge in the fortress where they built the village, which was first called Gonessa and then Lionissa and consisted of six districts, each of which had a church, a patron saint and an autonomous university. To all intents and purposes it was a federative structure that had its own administrative autonomy despite being under the aegis of the Kingdom of Naples.

Despite an economic prosperity deriving from the first wool industries and craftsmanship, which stimulated a building development highlighted by the construction of palaces and churches, the village saw its decline between the 17th and 18th centuries, also due to some earthquakes that caused damage to the buildings. After passing under the Papal States, through the Peace of Vienna, the village returned under the rule of the Kingdom of Naples before becoming a free municipality in the province of L'Aquila. In 1927, Leonessa was included in the province of Rieti.

The village and its treasures
The village is mainly developed in its historical centre, where noble palaces dating from the 16th to the 18th century are preserved. A visit to the ancient centre of Leonessa provides an insight into an urban fabric characterised by late medieval and Renaissance architecture.

Among the things to see in the village, Palazzo Mongalli, dating back to the 15th and 16th centuries, is now the seat of the municipality and the 17th-century portal made of local stone is certainly worth admiring. There are other palaces that deserve to be admired, such as the 16th-century Palazzo Bisini and Palazzo Morelli, or even Palazzo Vanni with its beautiful 18th-century portal. Also not to be missed are Palazzo Biscardi, built at the turn of the 16th and 17th centuries and located right in front of the beautiful Convent of San Francesco, Palazzo Cherubini and Palazzo Ettore, which is the largest in Leonessa.

The two ancient access gates of medieval origin are also beautiful and interesting: the 13th-century Porta Aquilana and the 14th-century Porta Spoletina, which, together with the Angevin Tower and some other remains of the boundary walls, are all that remains of the defence system then in place in Leonessa.
Located in a corner of Piazza 7 Aprile, the fulcrum of the town, is the 16th-century Margaritian Fountain, so called because it was a gift from Margaret of Austria to the town in the mid-16th century. Much older is the Fonte della Ripa, built in the 12th century in the form of a round arch and which, at that time, was the only source of water for the entire town, coming from the fresh spring of the Rocca.

What to do
The town is an attractive place to spend a holiday thanks to its position but above all to the tranquillity it offers the tourist. Even if it turns out to be a relaxing centre, the village offers a series of opportunities to make the holiday tailored to one's needs, especially to nature lovers. In fact, Leonessa, because of its location at the foot of Terminillo, is particularly appreciated both in winter and in summer, for the possibility of doing all kinds of mountain sports.
Excursions, mountain biking, trekking and walking are some of the possibilities offered to tourists wishing to actively explore the area, but not only. In fact, like any village that wants to boost its tourist offer, many events are scheduled to attract visitors. One of the most important is the Sagra della Patata di Leonessa (Leonessa Potato Festival) - a real food speciality of the area together with the truffle - which takes place in the second weekend in October.

Church of St Francis
A splendid church in the village of Leonessa, characterised by three apsidal naves, with arches a...
Via di San Francesco, 64, Leonessa
St Peter's Church
In the stone masonry façade, in which the bell tower is also aligned, there is a round-headed por...
Piazza VII Aprile, Leonessa
Farnesiana Fountain
Located in the main square of Leonessa, the fountain has an octagonal plan and consists of a basi...
Piazza VII Aprile, Leonessa
Angioina Tower
Medieval observation tower outside the town of Leonessa
Via della Rocca, 02016, Leonessa
Sanctuary of St James
Dominating the Sacred Valley below, the Sanctuary of St James is one of the most mystical places ...

Piazzale Missioni Francescane, snc, 02018, Poggio Bustone (Rieti)
8.63 Kilometers from Leonessa
St. Susanna Mill
Situated on the Santa Susanna spring in the municipality of Rivodutri, the mill is a water mill.

Via Santa Maria Maggiore, 18, Labro (Rieti)
13.27 Kilometers from Leonessa
Church of St. Anatolia
A building erected on the site of the martyrdom of Anatolia, a young Roman woman from a noble fam...

02020, Castel di Tora (Rieti)
40.34 Kilometers from Leonessa
St. Susanna Mill
Situated on the Santa Susanna spring in the municipality of Rivodutri, the mill is a water mill.

Via G. B. Valentini, 20 - 02014, Cantalice (Rieti)
11.90 Kilometers from Leonessa
Lake Turano
An artificial basin created by the province of Rieti and surrounded by greenery, on the banks of ...

Find where to sleep in Leonessa

Farmhouse Tenuta Due Laghi
A wonderful agriturismo in the heart of the Sacred Valley, just a few kilometres from Rieti, perf...

Via Campigliano, 29, Rivodutri (Rieti)
13.61 Kilometers from Leonessa
Torre del Nera Albergo diffuso & Spa
An albergo diffuso in the medieval village of Scheggino. At the center of the village there are 1...

Via Di Borgo, 72, Scheggino (Perugia)
18.79 Kilometers from Leonessa
Grande Albergo Quattro Stagioni
In the historic centre of Rieti, in Piazza Cesare Battisti, guests visiting the town can stay in ...

Viale Matteucci, 86/88/90, Rieti (Rieti)
20.30 Kilometers from Leonessa
Antiche Fonti di Cottorella
A guarantee for the countless beneficial properties of its water, which comes directly from the u...

Via di Fonte Cottorella, 19, Rieti (Rieti)
21.22 Kilometers from Leonessa
Antiche Fonti di Cottorella
A guarantee for the countless beneficial properties of its water, which comes directly from the u...

Via di Fonte Cottorella, 19, Rieti (Rieti)
21.22 Kilometers from Leonessa
Antica Pasta Sabina
It was born in the 80s with the idea of reproducing the traditional homemade pasta. The careful c...

Faraglia - Torrefazione Olimpica, Rieti (Rieti)
Bottiglia da 1,5 litri - Leggermente frizzante
A pure and light water for the well-being of the whole family, rich in properties and with no con...

Faraglia - Torrefazione Olimpica, Rieti (Rieti)
Bottiglia da 1,5 litri - Frizzante
A pure and light water for the well-being of the whole family, rich in properties and with no con...

Antiche Fonti di Cottorella, Rieti (Rieti)
Bottiglia da 1,5 litri - Naturale
A pure and light water for the well-being of the whole family, rich in properties and with no con...