Share
Nestled among the highest mountains of the Pollino National Park, the village of Viggianello is an ideal destination for those who love active and open-air holidays in all four seasons of the year. In addition to its natural beauty, Viggianello enjoys a considerable reputation for its typical culinary specialties. The typical Viggianellese cuisine, handed down for generations, offers the visitor poor dishes, linked to history, which maintain the flavors of the past. 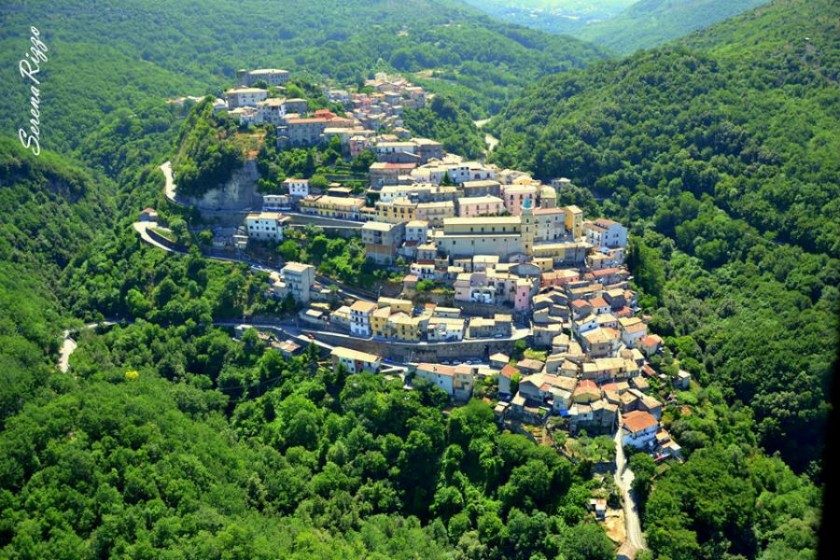 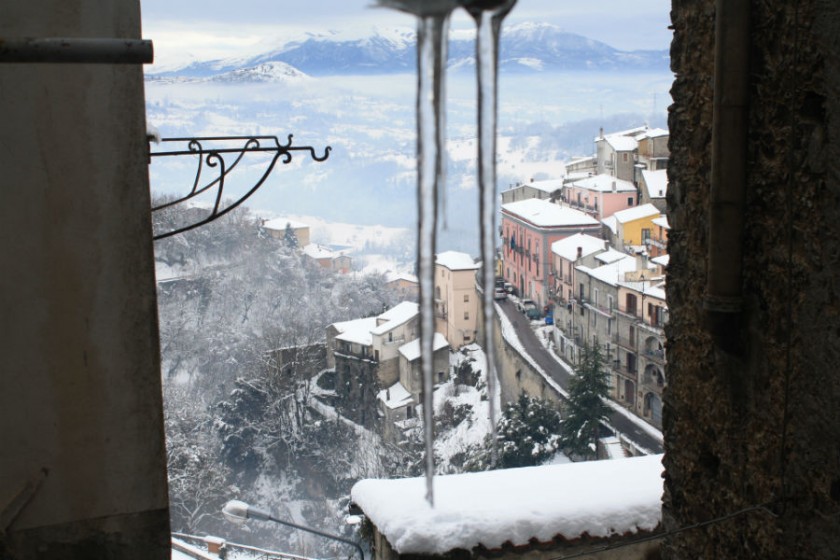 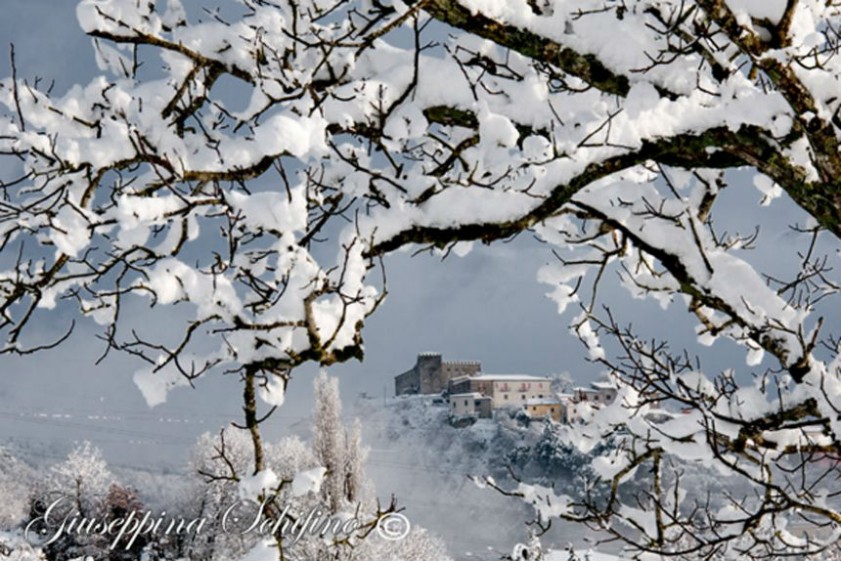 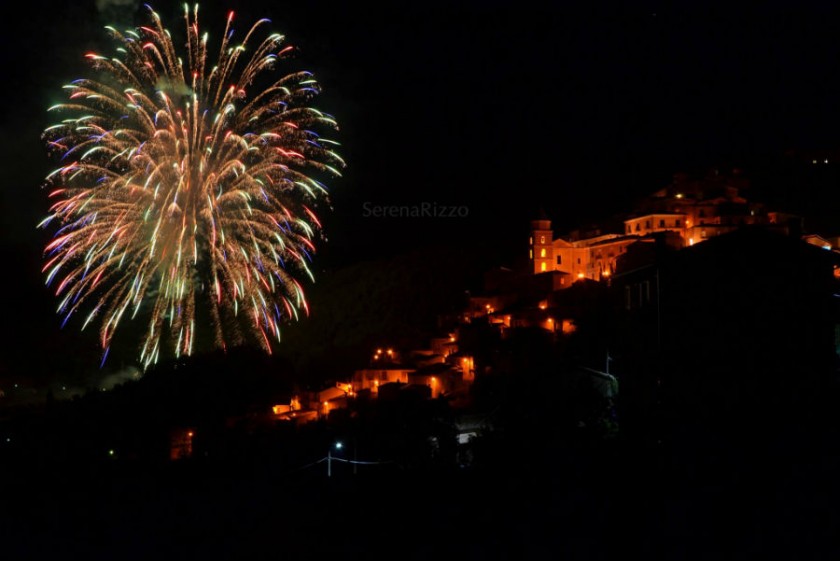 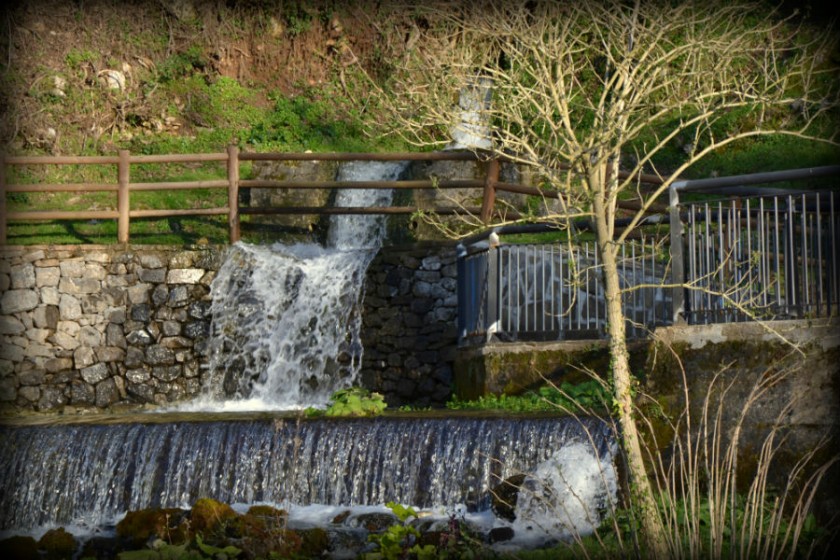 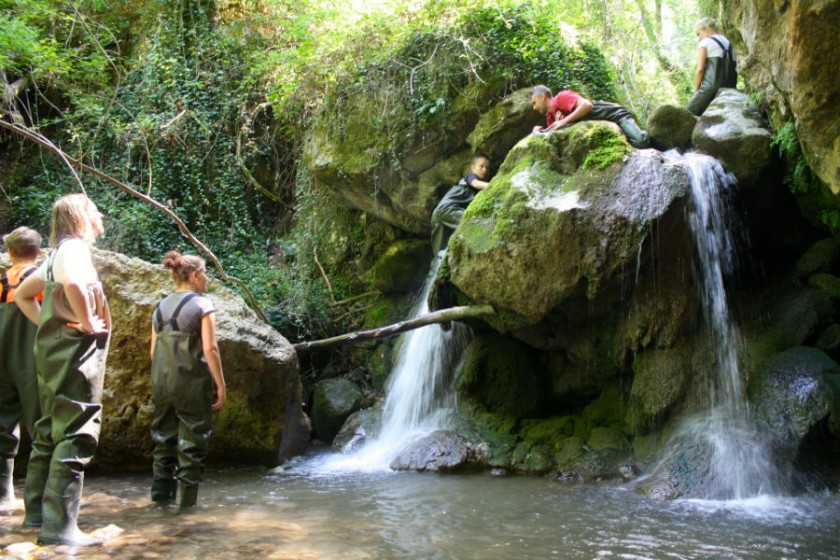 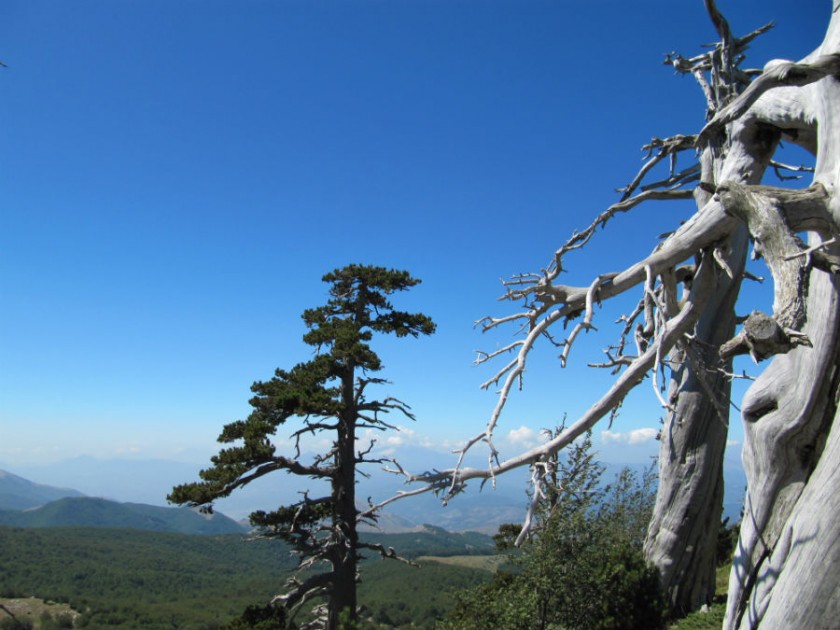 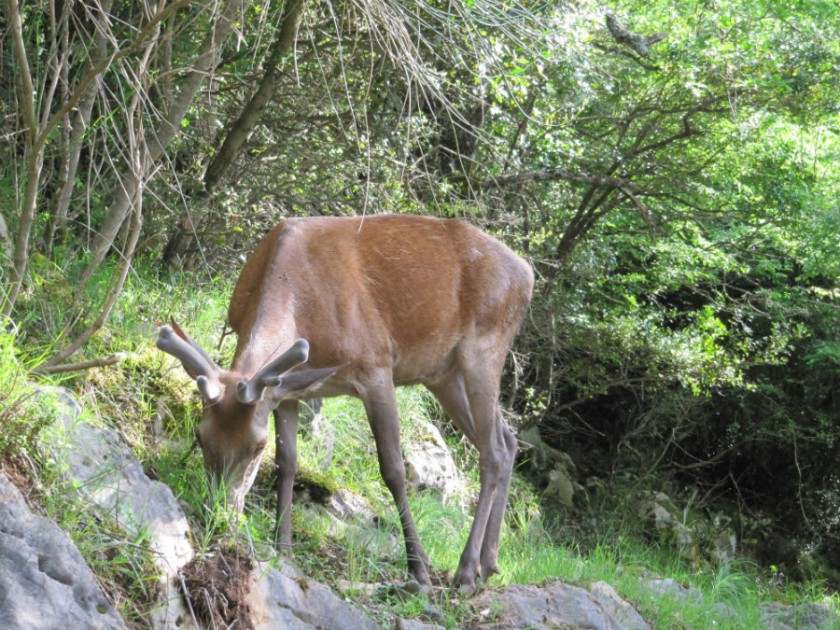 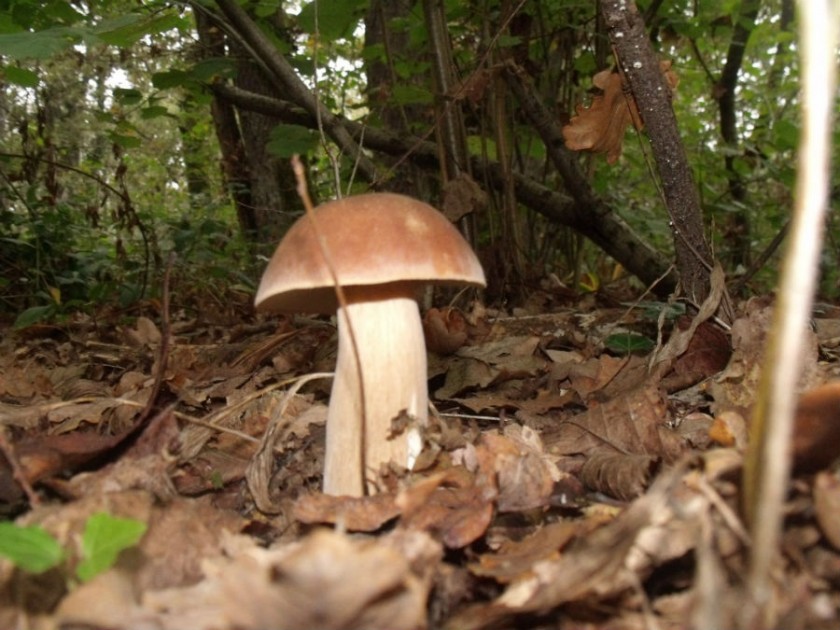 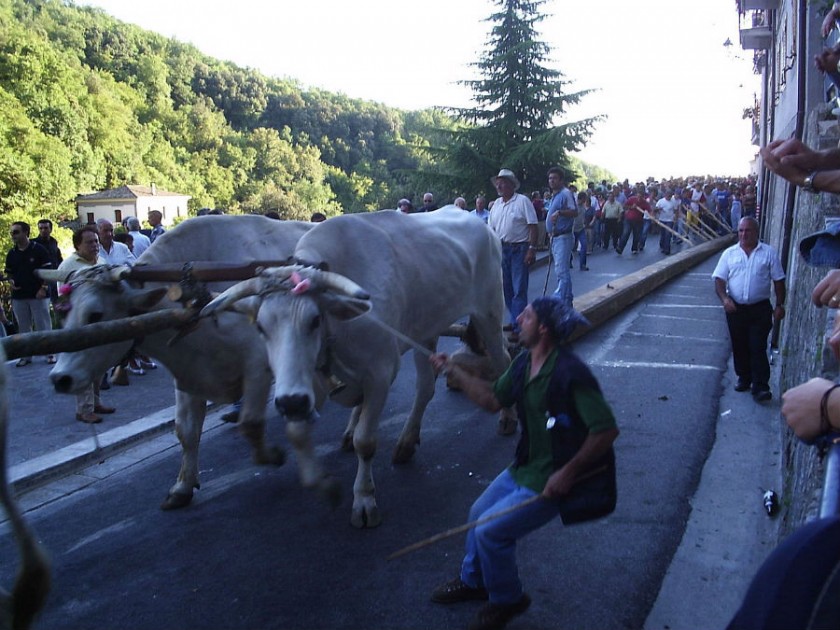 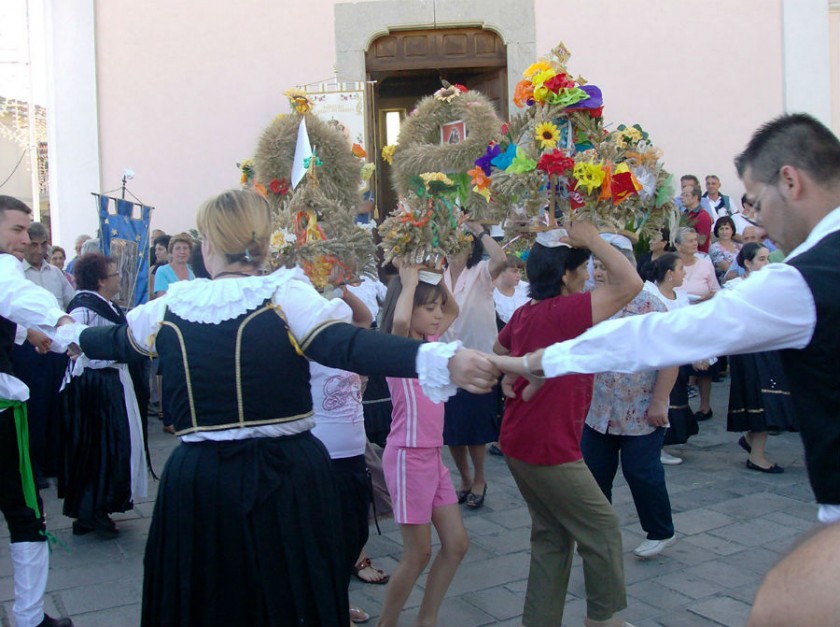 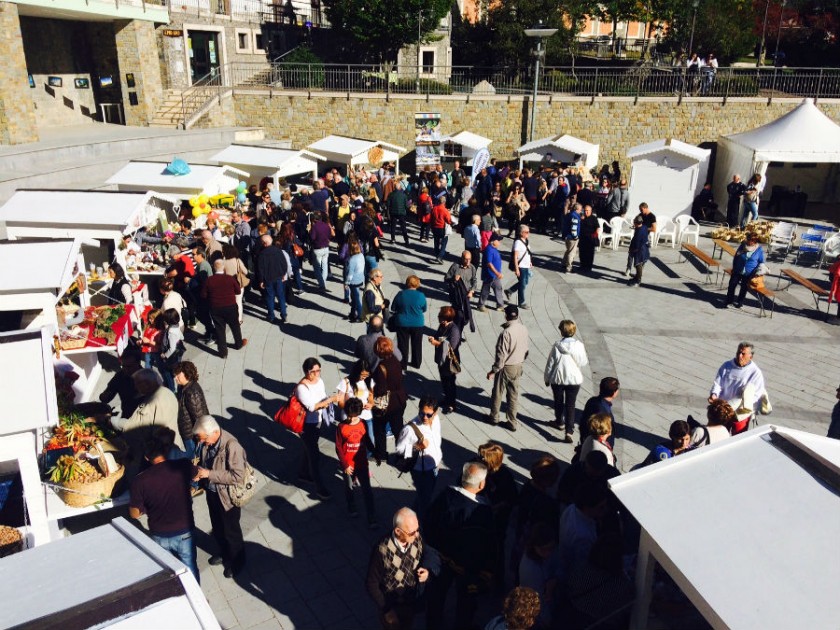 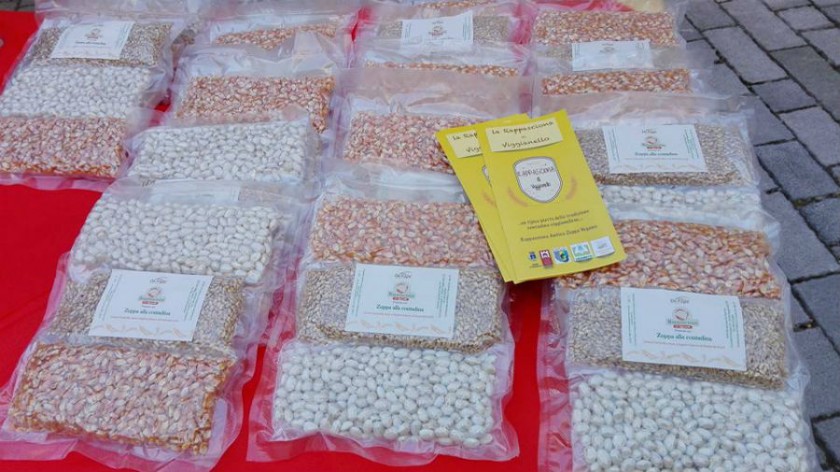 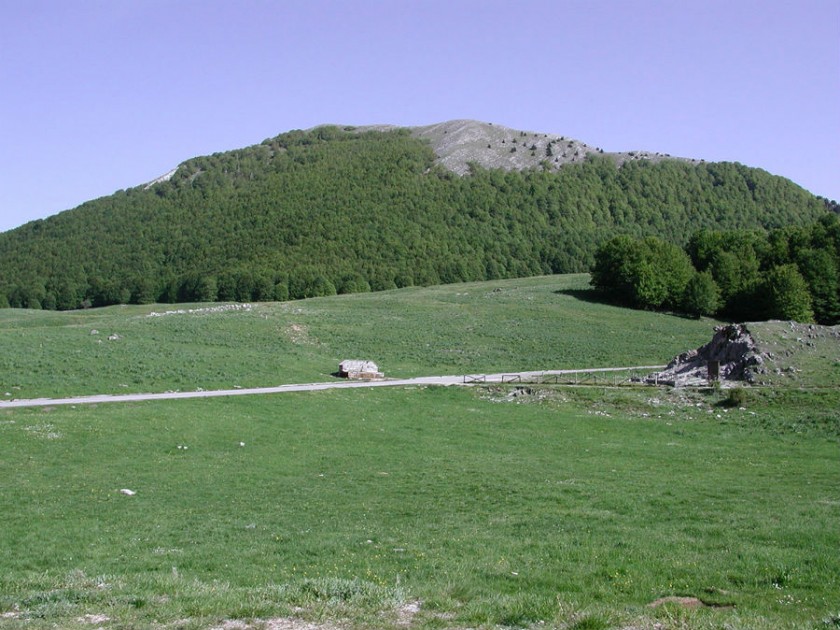 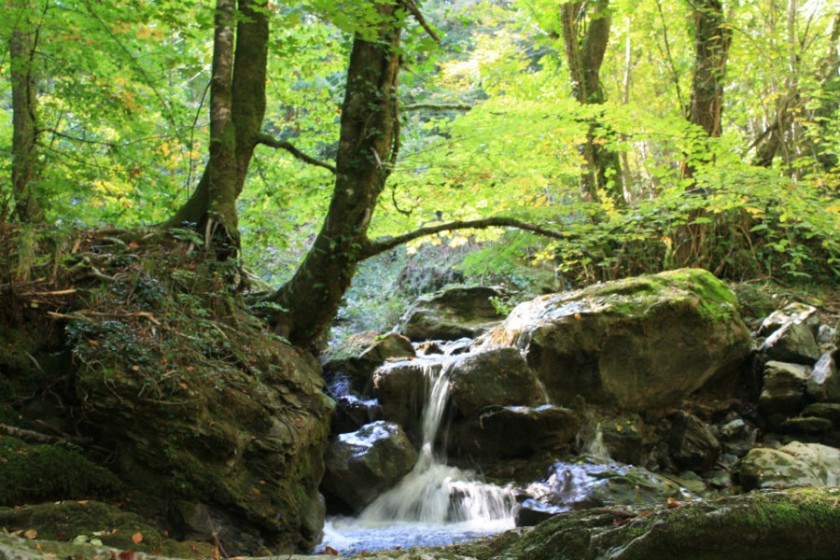 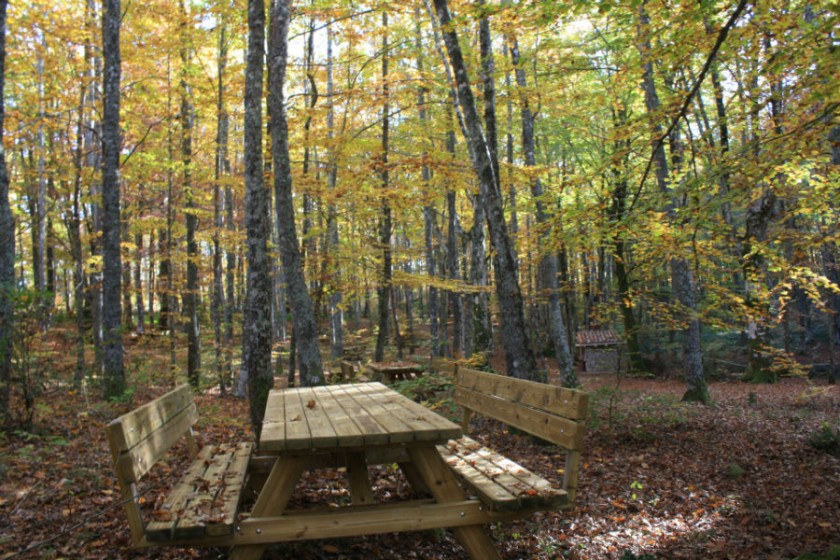 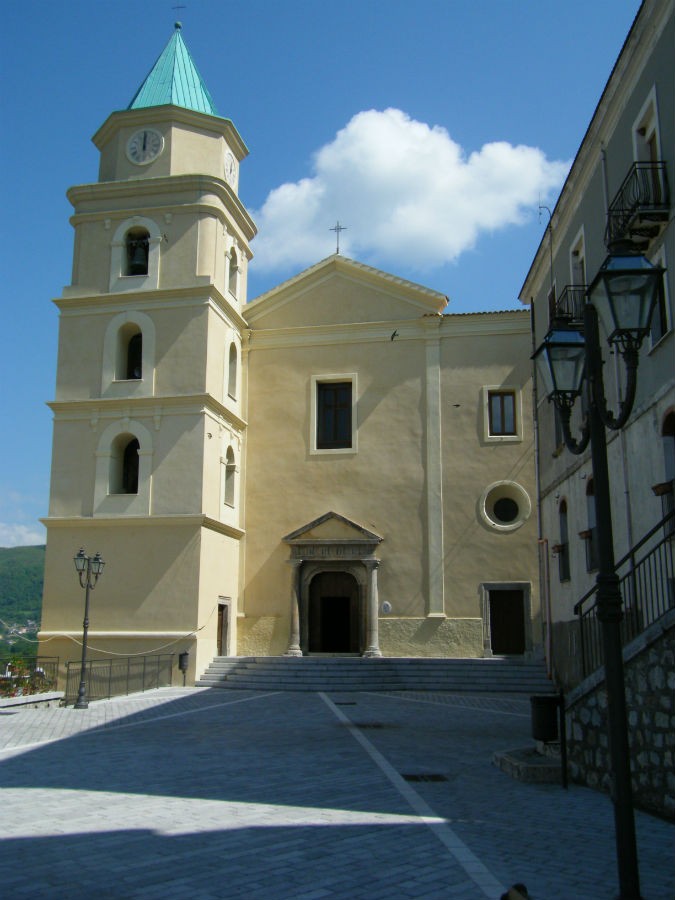 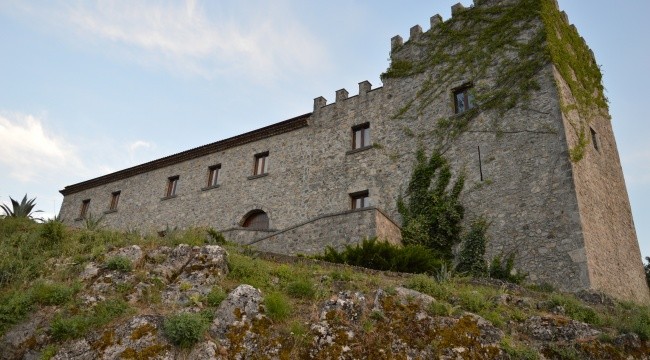 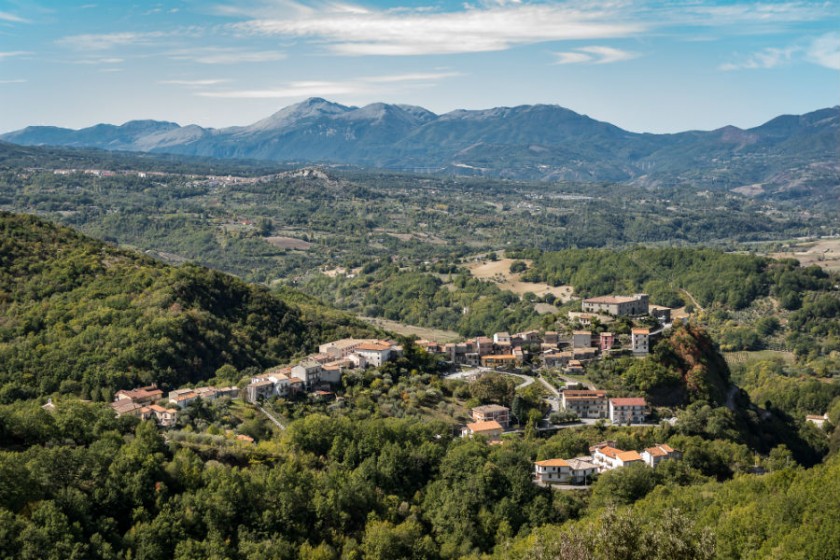 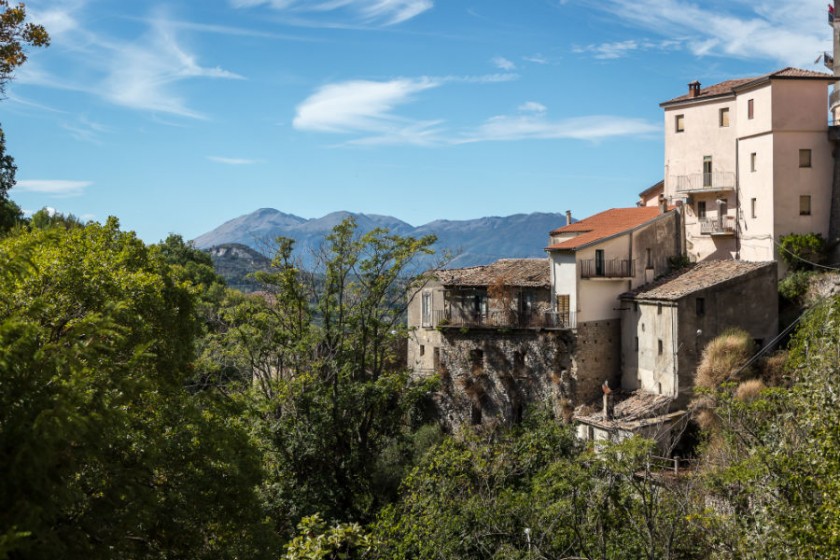 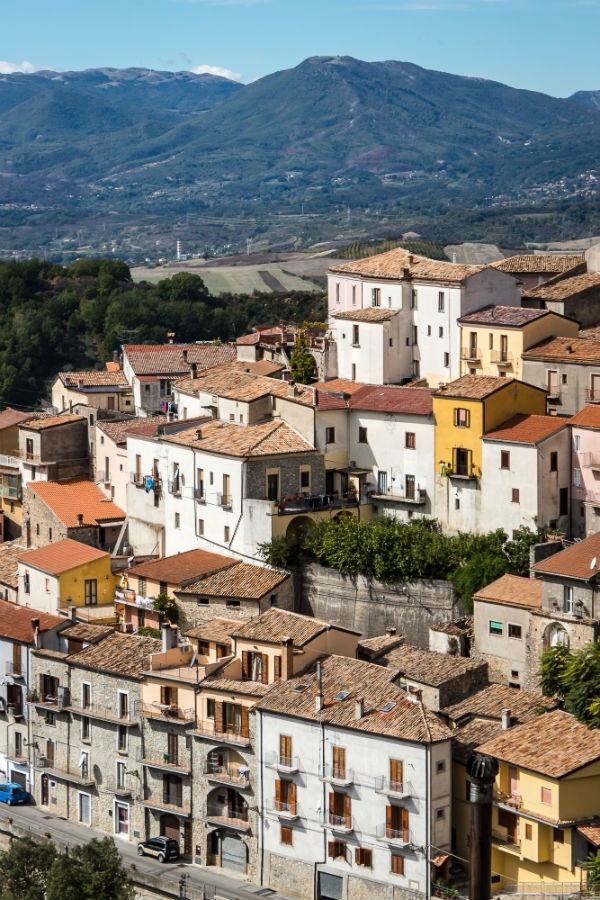 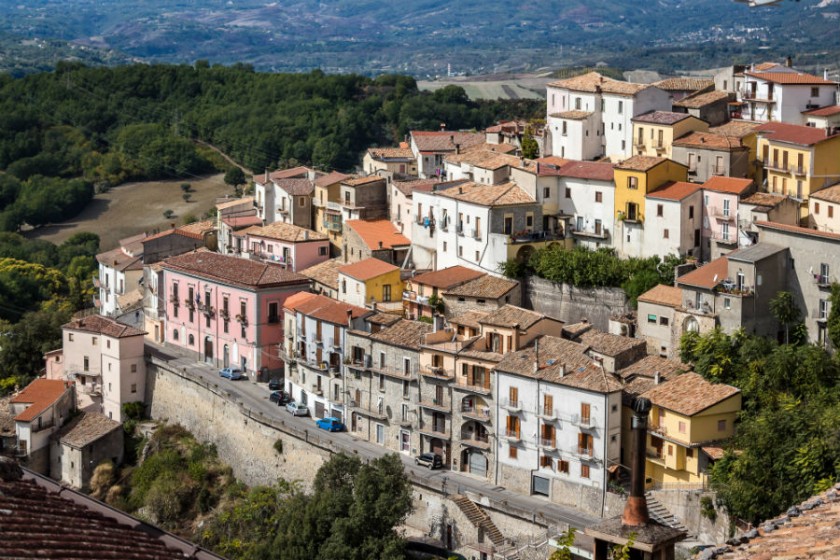 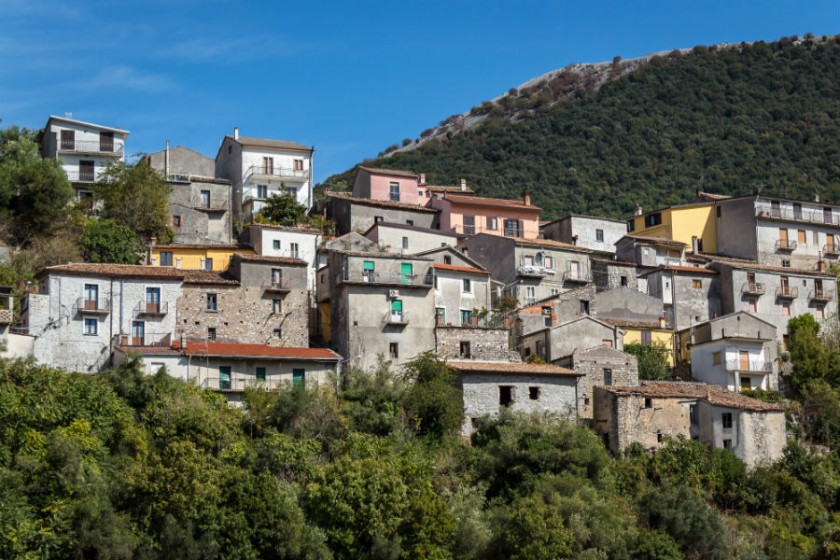 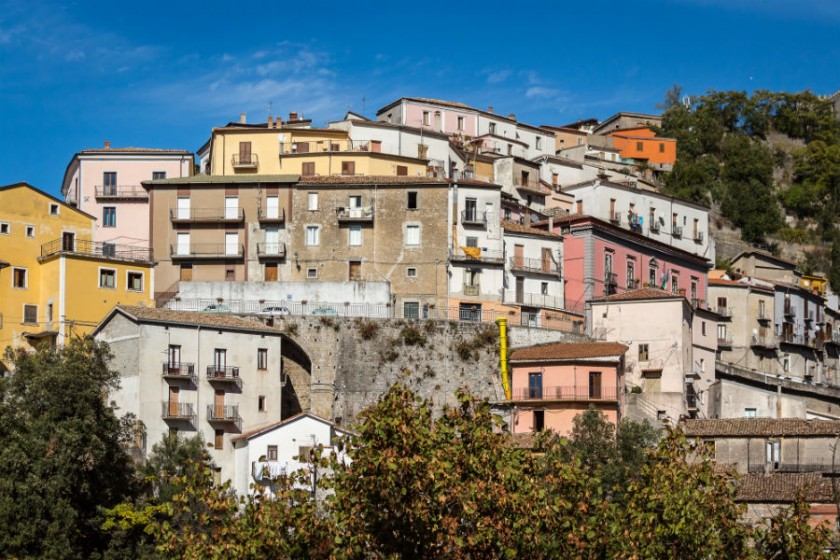 Nestled between the highest mountains of Pollino National Park, the village of Viggianello, in Basilicata, is the ideal destination for those who love active holidays and in the open air in all four seasons of the year. The historic center of the village develops close to a rocky outcrop covering a stunning position and dominating the whole valley of the Mercure/Lao. In the highest point there is the castle, was probably built on the ruins of a Roman fortress that stood to control of the vast territory. The beauty of the landscape and the numerous historic-artistic testimonies make this place casket of art, history and tradition. The old town is rich in small squares and plazas and many are the portals worked in stone dating back to the XVIII century and beyond to the numerous churches and palaces.

ll country covers a central position in the Pollino National Park, an unspoilt place and marked for the many plant and animal species. The flora of the Pollino National Park is very rich and the highest elevations, on steeper slopes, is present the Pino Loricato Species rare in Europe. In addition there are numerous species of animals that live the Park among which particular importance is directed at the wolf of the Apennines and the otter species liveable only in areas little antropizzate and not subject to pollution. For its strategic position the village is also an ideal base to make beautiful walks to discover the nature of the Park. Simply walk along the trail that climbs toward Serra Mauro to reach the Red Deer wildlife area or walk toward the source of the Mercure-Lao (the largest of the Park). For those who love trekking will reach the plateau of high altitude: Visitone Plan (1400 m asl), Colle Impiso (1560 m asl) and Ruggio Plan (1500 m asl). In autumn the woods are rich in mushrooms and chestnuts and winter with snow, the mountain becomes a paradise of snow rackets.

In addition to its natural beauty, Viggianello enjoys a considerable fame for its culinary specialties typical. The typical cuisine viggianellese, handed down from generation to generation, offers to the visitor dishes of the poor, linked to the history, that maintain unchanged the tastes of once. Are dishes to satisfy the palates of those who love the simplicity and the fruits of the earth. Among these there is the Rappasciona, an ancient typical soup of peasant culture based on white bean, maize and cereals. Thanks to these simple ingredients, today the Rappasciona can be considered among the soups vegan the oldest in the world. According to tradition the Rappasciona must be prepared on the night of San Silvestro, 31 December, to be eaten in the family in the New Year as a sign of good luck and prosperity for the whole family.

Up there in the top

Picnic areas in the Mount of Basso

The Mount of Basso of Viggianello is a unique place for biodiversity. To reach it continue to locality Gallizzi and follow the indications on the spot. After about 12 km you will arrive in a pleasant place and rich in water. The mountain, between 800 and 1000 meters asl, is crossed by the torrent Peschiera with extensive beech forests and trees of secular Cerri. Ideal place for a picnic thanks to the numerous equipped. To visit absolutely:

There is an InfoPoint in Piazza Carella, at the amphitheater City, open from July 1 to August 31 all days and during other months all saturdays and sundays and public holidays. Time 9-12 and 16-19.
For information Tel. 39 0973 664311 Tourist Office Common Viggianello.

To the Tourist Information Office is also available the Ebike rental service and the maps of the Pollino National Park.

Via Castello, 6, Morano Calabro (Cosenza)
14.70 Kilometers from Viggianello
Collegiate church of Santa Maria Maddalena
The ancient nucleus of the Collegiate of Morano Calabro, in Calabria, dates back to 1097.

Via Chicca, 85030, San Costantino Albanese (Potenza)
19.88 Kilometers from Viggianello
Convent of St. Anthony
The convent of Sant'Antonio di Rivello is located not far from the historic center, in the lower ...

Viale Monastero, 40, Rivello (Potenza)
30.12 Kilometers from Viggianello
House of Quinto Orazio Flacco
The so-called Orazio's House is situated in the village of Venosa, in Basilicata.

Strada Comunale Pietrapertosa Corleto Perticara, Pietrapertosa (Potenza)
58.93 Kilometers from Viggianello
Cathedral of Rapolla
The Church of San Michele Arcangelo is the Rapolla cathedral and concathedral of the diocese of M...

Via Regina Elena, 35 - 85027, Rapolla (Potenza)
116.94 Kilometers from Viggianello
Norman Castle
The castle of Melfi is the symbol of the town and is considered one of the most important medieva...

Via Normanni - 85025, Melfi (Potenza)
119.65 Kilometers from Viggianello
Ethnomuseum of the Arbereshe Culture
Located in the historic centre of San Costantino Albanese, a community of Albanian origin founded...

Find where to sleep in Viggianello

Via Mordini, 1 - 85048, Rotonda (Potenza)
4.31 Kilometers from Viggianello
Farmhouse Colloreto
The Agriturismo Colloreto, in the village of Morano Calabro, offers to all its guests a relaxing ...

Via Libertà, 11, San Paolo Albanese (Potenza)
22.20 Kilometers from Viggianello
Katoqi - Tourist house
For a stay in the historic centre of São Paulo Albanian, Katoqui - Tourist House is ideal. A part...

Via Caprera, 6 - 85030, San Paolo Albanese (Potenza)
22.51 Kilometers from Viggianello
B&B Petra Castalda
A lovely B & B in the heart of the historic center of Sasso di Castalda, whose location allows yo...

Via Roma, 46, Sasso di Castalda (Potenza)
67.09 Kilometers from Viggianello
Casa del Mago
Located in the center of the medieval village of Castelmezzano, the Casa del Mago is an ancient a...

Corso Vittorio Emanuele II°, 17, Castelmezzano (Potenza)
62.16 Kilometers from Viggianello
B&B La Voce del Fiume
An intimate environment, with an awakening between the scent of homemade cakes and going to sleep...

Via Libertà, 11, San Paolo Albanese (Potenza)
22.20 Kilometers from Viggianello
B&B Il Sasso
A very convenient structure for any destination, without having to use the car, a stone's throw f...

Via Armando Diaz , San Paolo Albanese (Potenza)
22.38 Kilometers from Viggianello
Time Bridge Pub
A place with a warm atmosphere and a destination not to be missed during a stop in the village of...

Contrada San Giovanni, 85030 , San Paolo Albanese (Potenza)
21.15 Kilometers from Viggianello
Farmhouse Fattoriabio
A company with a long tradition that has carried on its business in full respect of the surroundi...

Travel proposals in Viggianello and in its territory

Feast of Cirii and Billhook Dance

With Snow Rackets toward south

Basilicata: the village of Viggianello, land of mountains, brooms and the Paddaccio cheese.
Caressed by the sparkling air of the Pollino massif, Viggianello is an ancient village situated on a suggestive rocky spur that dominates the valley of the Mercure, a river basin that stretches in the extreme south of Lucania, on the borders of the Calabrian lands. Ancient fief of the noble family of Sanseverino, illustrious historical family of Norman descent of the Kingdom of Naples, Viggianello then belonged to the possessions of the monar...
Continue
The legend of the Virgin Ardenza and the bells of Viggianello
One of the most famous legends among the villages of the province of Potenza is undoubtedly the legend of the Virgin Ardenza. With a unique beauty, as if born of the sun and clear water, the girl made a vow of chastity to God and, after her father promised her in marriage to a prince of a neighboring land, the virgin fled into the woods. She was so pure in spirit, that from her footprints lilies of flame or snow were born. It is said that the girl fed on honey, which was given to her by the bees themselves. In the woods she p...
Continue