Share
Castell'Arquato is a well-preserved medieval village capable of surprising visitors with its sandstone houses and narrow alleys. Located in the Geological Reserve of Piacenziano, the village fascinates everyone with its art, its nature and its typical products. 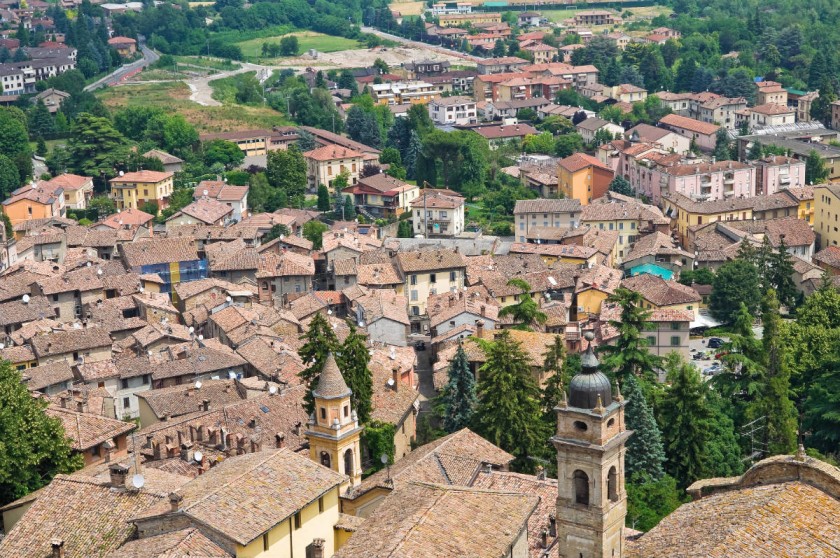 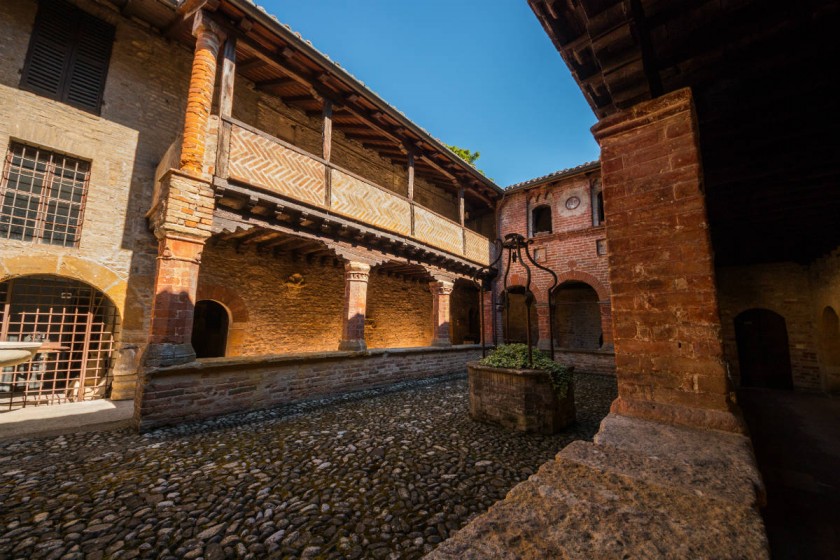 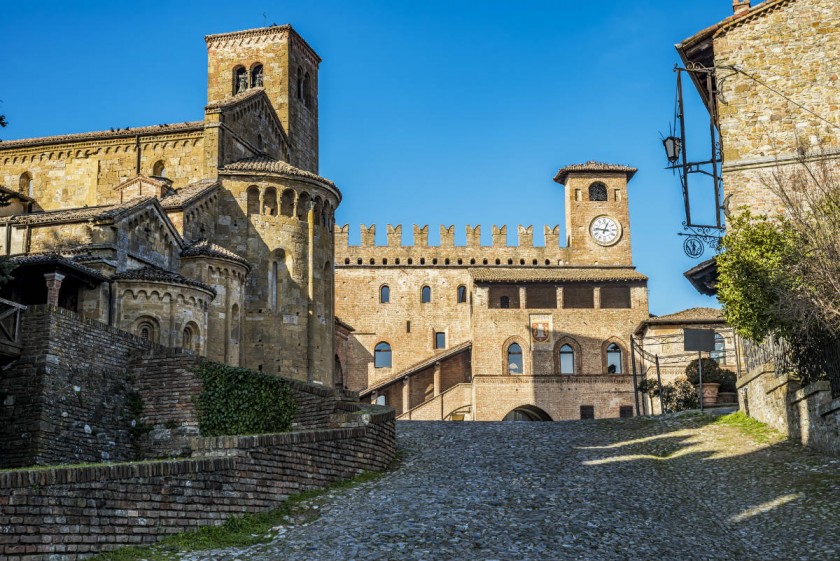 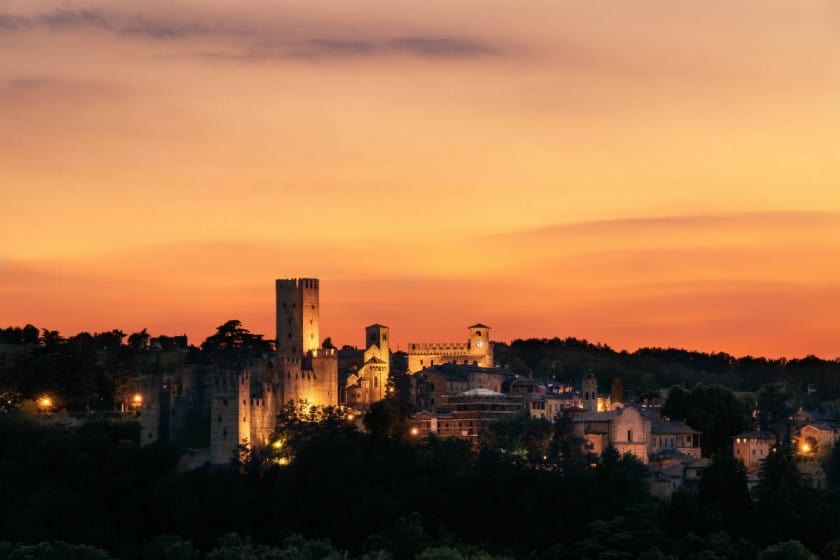 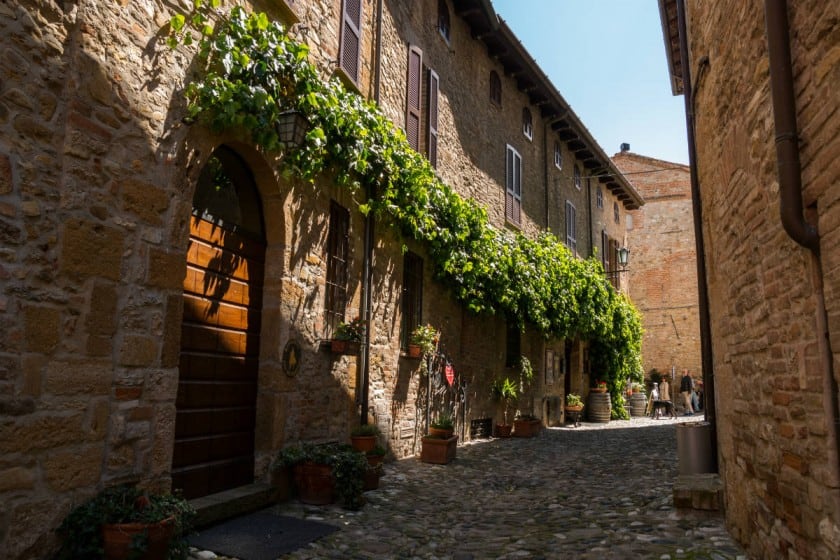 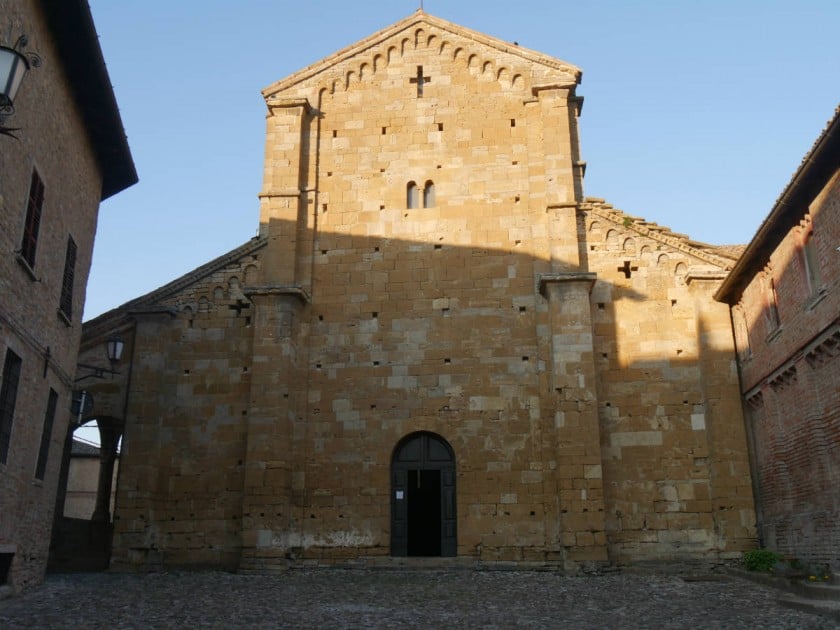 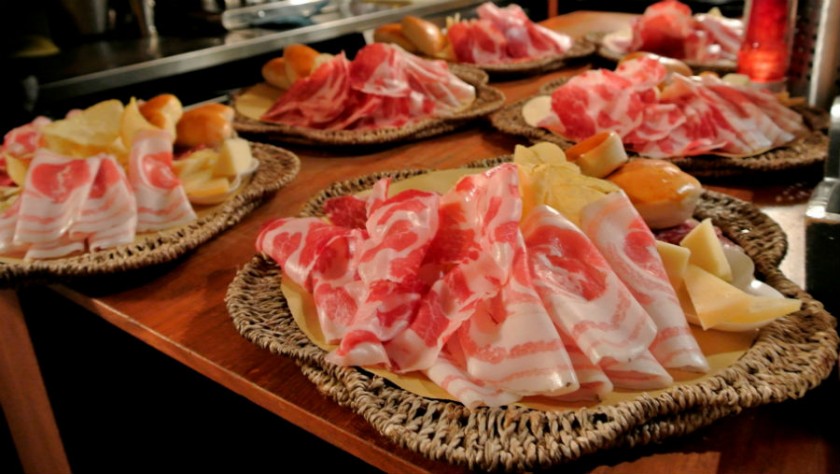 A look at Castell'Arquato

Castell'Arquato is a well-preserved hamlet that is able to fascinate everyone with its art, its nature and its typical products. From the rural roads that wind between the hills and towards the Appennino, Castell'Arquato rises in the middle of nature with its towers, its belltowers and its castellated walls. Visitors will be amazed by its medieval history: the entire hamlet, the houses in sandstone, the narrow streets built on a terracing filled with fossils. Castell'Arquato is located in the Riserva Geologica del Piacenziano, a natural reserve that was covered by the sea in the prehistoric period.

The church of Santa Maria Assunta, called "la Collegiata", is a Romanesque parish church of the 756 AD and was rebuilt after the earthquake in 1117. The Palazzo del Podestà was built in 1293 by the podesta Alberto Scoto and today is home to the boardroom of the municipality and the town hall winehouse, where you can taste the typical products and the DOC wines that are produced in the local wine cellars and wineries. The Rocca Viscontea, erected by Luchino Visconti between 1342 and 1349, is one of the most important military complexes of Northern Italy. Inside the ancient Ospitale di Santo Spirito, of the XVI century, the Museo Geologico G. Cortesi hosts a permanent exhibition of fossils and finds of the geological heritage that belong to the Piacenzian era. The Museo Illica, instead, is dedicated to Luigi Illica, a librettist of famous composers like Puccini, Giordano and Mascagni, who was born in Castell'Arquato in the house next to the museum. Don't forget to visit Vigolo Marchese (about 6km away from Castell'Arquato) with its exquisite San Giovani e il Battistero Romanesque church. In Vigolo Marchese you can try a special type of chocolate cake, made with a jelously guarded recipe of the local bakery. Besides the white DOC wines, the Monterosso Val d'Arda DOC is the local typical wine which is produced only in the nearby valleys. Other great wines of the area are Ortrugo, with a dry and sweetish taste, Malvasia, Sauvignon and red wines like Gutturnio and Bonarda, with the typical almond smell. In every restaurant of Castell'Arquato you can find some of the greatest cold cuts of the area, like for example the "pancetta", the salami and the "coppa piacentina", usually served with a particular type of salty fried dough called "chisolino". Among these traditional delicacies you can also taste the anolini, a traditional pasta soup filled with Grana Padano cheese and the "tortelli" filled with ricotta cheese, spinach and Grana Padano cheese.

The Municipality is part of:
I Borghi più belli d'Italia
Città del vino

Via Libertà, Castello di Vigoleno, Vernasca (Piacenza)
4.66 Kilometers from Castell'Arquato
Museum of the Donjon
the Donjon was the extreme defense of the fortress of Vigoleno, in Emilia Romagna.

Via del Castello, 2 - 29020, Vigolzone (Piacenza)
18.07 Kilometers from Castell'Arquato
Rocca Sanvitale
The Rocca Sanvitale, also known as Fontanellato Castle, is a manor house from the medieval entire...

Piazza Matteotti, 1, Fontanellato (Parma)
23.79 Kilometers from Castell'Arquato
Saint Lawrence Church
The first mention of this church dedicated to San Lorenzo dates back to 1144.

Via S. Lorenzo, Bobbio (Piacenza)
39.69 Kilometers from Castell'Arquato
The Abbey of San Colombano
Founded by Saint Columban in 614 with the favor of the king Longobard Agilulfo and Teodolinda, ho...

Piazza S. Colombano, Bobbio (Piacenza)
39.78 Kilometers from Castell'Arquato
Bridge Gobbo
According to the legend, the Devil contacted San Colombano, promising to build the bridge in one ...

Via Ponte Vecchio, Bobbio (Piacenza)
39.49 Kilometers from Castell'Arquato
Museum of the Donjon
the Donjon was the extreme defense of the fortress of Vigoleno, in Emilia Romagna.

Via Libertà, Castello di Vigoleno, Vernasca (Piacenza)
4.68 Kilometers from Castell'Arquato
The Sanctuary of Santa Maria in Monte Penice
Place in a particularly panoramic place, from its large square you can enjoy a wide view not only...

Find where to sleep in Castell'Arquato

Via Caneto, Castell'Arquato
Casa Benna
From the end of 90’s onward, continuous improvements have been made with regard to vineyard culti...

Our news about Castell'Arquato

Ciack, we shoot in the cinematic Emilia
L’Emilia è cinema. It is a cinema set in continuous evolution, a heterogeneous film in which to identify with, traveling in the narrative plot that winds between past and future. Discovering Emilia is a journey through the landscapes, admiring the views, visiting the cities and experiencing the stories made famous by the cameras of Bertolucci and other great directors, recognizing the eternal stories of Don Camillo and Peppone, lo...
Continue
A day in Castell'Arquato, through latch alleys and a legend more alive than ever...
Castell’Arquato is one of the most fascinating villages of Northern Italy, both for its geographical position and for its state of preservation. Here the Middle Ages suddenly seem to be in vogue again: shortly after passing the Fiorenzuola d'Arda tollbooth and just before reaching the foot of the Piacenza hills, this ancient fortified village rises from nowhere, rising above a hill from which it is possible to admire the chain of the Tus...
Continue
The mysteries of the Castles of the Duchy, a tour among italian villages like real ghostbusters!
Are they just stories? Or is there something true? Do they carry messages to the living, signs, signs or do they do any trick? Popular beliefs? The ghosts are those who believe and those who don't. It is certain, however, that among the ancient walls of the millenary Castles of the Duchy of Parma, Piacenza and Pontremoli (in the pic above, Castell’Arquato), the centuries are dotted with magical and often tormented love stories, war stori...
Continue
Guercino, history and mysteries
Piacenza is synonymous with enchanted villages, with Bobbio, Castell’Arquato and Vigoleno that stand out in the mosaic of the territory and tell an ancient story. And it is no less Piacenza, whose cathedral houses in its beautiful dome the precious frescoes of Guercino: a treasure trove of secret places and historical-artistic routes. You can admire the cathedral of Piacenza in a privileged position from the roof top of the "Lounge Bar L...
Continue
Emilia Romagna: Castell'Arquato and the Monterosso Val d'Arda, DOC white wine.
Those at Castell'Arquato are romantic fairytale atmospheres. Medieval village situated on the first hills of the Val d'Arda, this delightful medieval center dominates the surrounding lands. On the Piacenza Hills, between the Emilia-Romagna cities of Piacenza and Parma, Castell'Arquato is a DOC area for the production of wines...
Continue
Recipe: Bargnolino the typical liquor in the provinces of Parma and Piacenza
Bargnolino is a typical liquor in the provinces of Parma and Piacenza, which is named after its main ingredient: the berries of the Prunus Spinosa plant, a shrub from with spiky branches that produces blue fruits, vulgarly called prugnolo or black thorn, but in Piacenza’s dialect, everybody calls it bargnò. It is an intense alcoholic and digestive drink that has to be tasted lowly with great moderation. Its preparation begins at the end of September with the harvest of berries, which in this period r...
Continue