Share
Castelnuovo Rangone together with the municipalities of Castelvetro di Modena, Guiglia, Marano sul Panaro, Savignano sul Panaro, Spilamberto, Vignola and Zocca, forms the Terre di Castelli Union. One of the main economic activities of the village is the processing of pork, so much so that Castelnuovo is known as "the country of the pig". 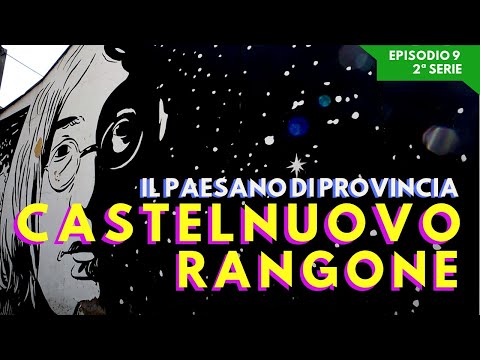 Castelnuovo Rangone, nestled in the high plain, is a municipality attested since 1025. Its municipal territory, together with that of the municipalities of Castelvetro di Modena, Guiglia, Marano sul Panaro, Savignano sul Panaro, Spilamberto, Vignola and Zocca, form the Unione Terre di Castelli.

Its name derives from the fact that from 1391, the municipality became one of the feuds of the Rangoni family. At the time Castelnuovo, called Rangone, was a fortified village gathered around the turreted castle, protected by a walled circle and a moat, garrisoned by a permanent garrison of armed men of the noble family.Its appearance as a fortified medieval village with towers, moats and silent walls during the 1800s.

The main economic activity of Castelnuovo is represented by the pork processing industry, so much so that Castelnuovo is known as "the village of the Pig". A bronze statue is dedicated to the pig, in the central square of the town, which is a tribute from the Dutch Meat Exporter to the animal symbol of the economy of Castelnuovo, and the Superzampone, a popular festival organized every year on the first Sunday of December , in which a giant trotter of over 900 kg, recorded in the Guinness Book of World Records, is cooked and offered free to thousands of people. Like the pig, the parish church, the square tower once part of the Rocca dei Rangoni, the Palazzo Comunale are all symbols of the city.

Among the other main events of the village there are the May Fair; the Autumn Volunteer Festival and the Summer Well, the program of free initiatives in the parks and squares of Castelnuovo and Montale in July and August. For a few years Castelnuovo was one of the venues of the Poetry Festival, which takes place in the Province of Modena at the end of the summer.

In Castelnuovo Rangone there is a Park dedicated to John Lennon, a Collina delle Fiabe, inside the Rio Gamberi park, created by the great scenographer Emanuele Luzzati with the shapes of the characters of fairy tales, the Words for the street (glass boards set for the streets of the town with texts taken from novels), the Young Holden Park and the Jack Kerouac Road (cycle path built on the old Modena - Vignola railway line), interventions that bear particular attention to the emotional and emotional dimension of public spaces .

Piazzale Rangoni, 1-8 - 41057, Spilamberto (Modena)
7.51 Kilometers from Castelnuovo Rangone
The Sanctuary of Puianello
The Sanctuary, built in 1716 for want of the Marquise Teresa Rangoni, was dedicated to Our Lady o...

Via G. di Vittorio, 2 - 41052, Guiglia (Modena)
14.31 Kilometers from Castelnuovo Rangone
The Sanctuary of Puianello
The Sanctuary, built in 1716 for want of the Marquise Teresa Rangoni, was dedicated to Our Lady o...

Castelnuovo Rangone is present in issue 8 of our digital magazine e-borghi travel.
Read it now!

In the “Land of castles”

In Modena the best of opera is on stage
Show for the eyes, music for the ears. Those who choose to spend a few relaxing days in Emilia, and more precisely in the splendid area guarded by the Terre di Castelli (Castelnuovo Rangone, Castelvetro di Modena, Guiglia Marano sul Panaro, Savignano sul Panaro, Spilamberto, Vignola and Zocca) and the municipalities of Castelfranco Emilia and Modena, has the opportunity not only to visit charming villages ...
Continue