Share
The historic seaside village of Marano Lagunare assigns fishing a role of fundamental importance in the typically seafood gastronomy. The lagoon is characterized by marshy vegetation and by the singularity of the temporary settlements of fishermen, the typical "casoni", buildings made of cane and wood, make the Marano Lagoon one of the most interesting places in the Upper Adriatic. 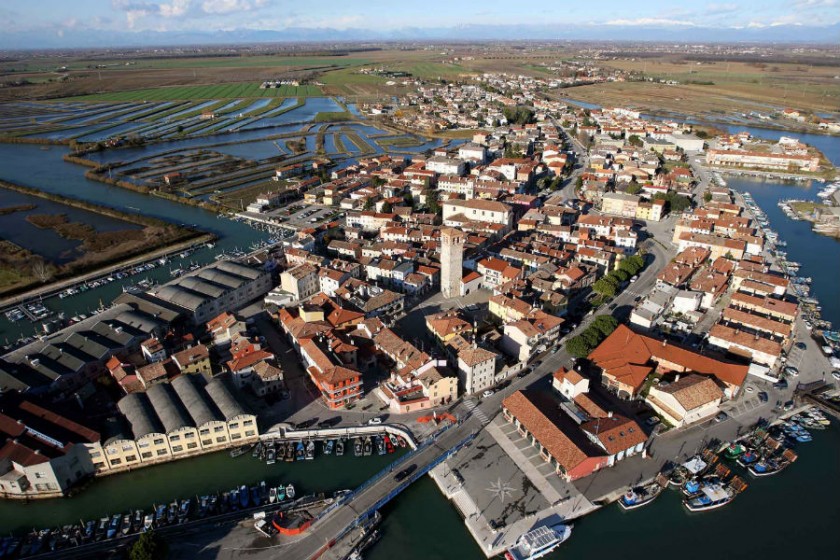 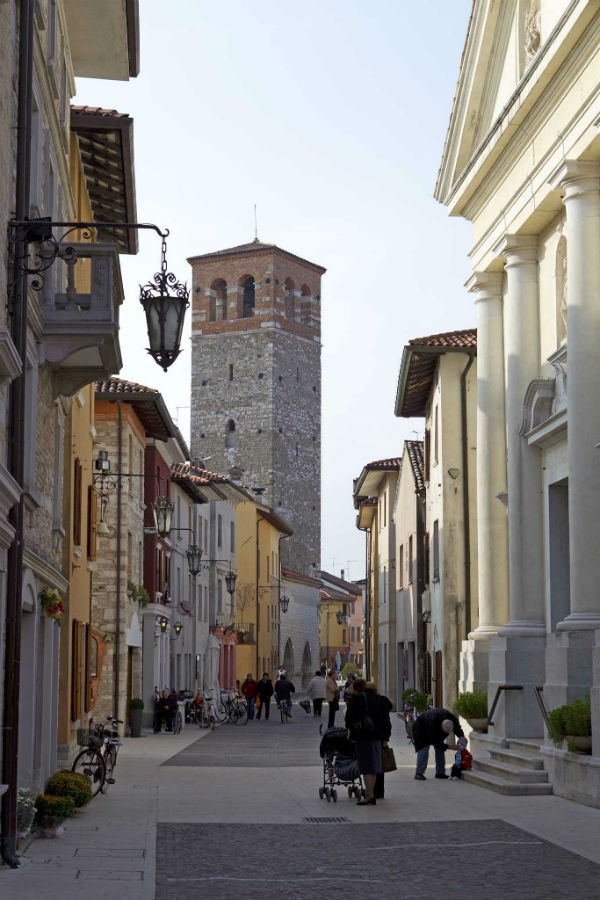 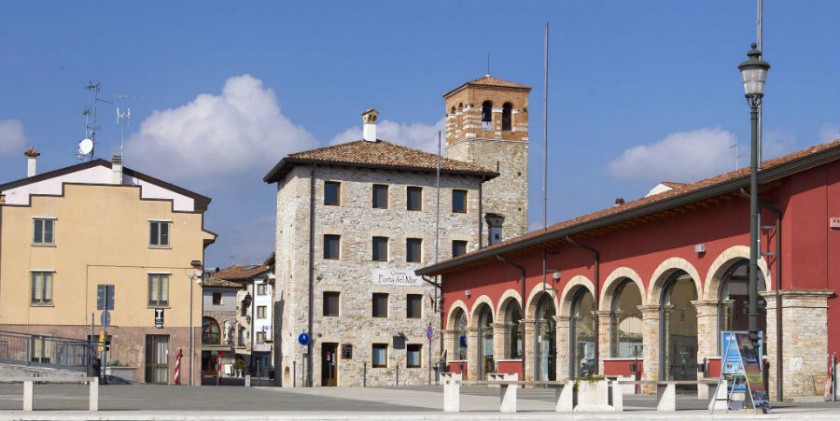 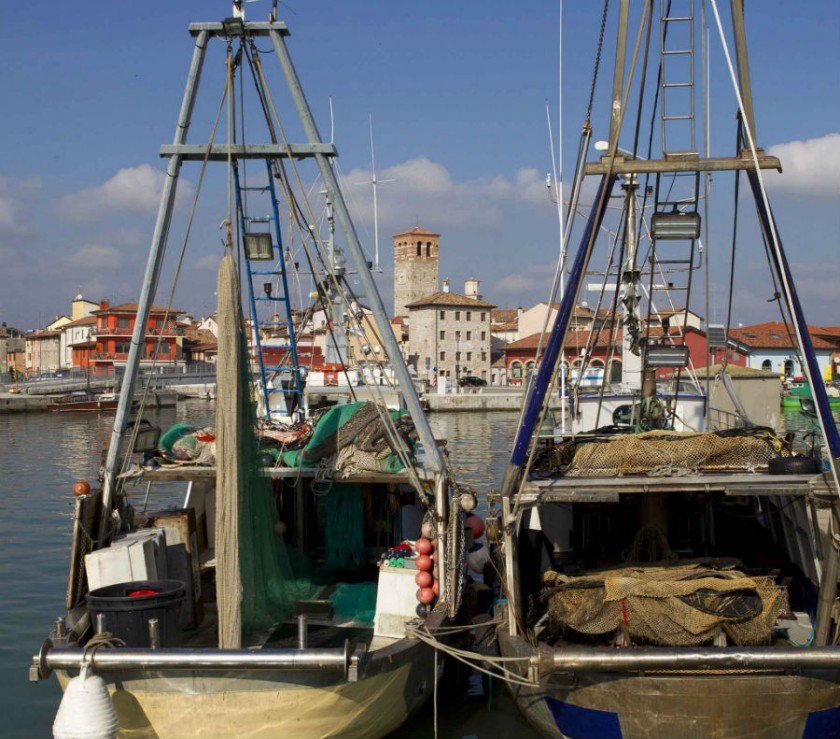 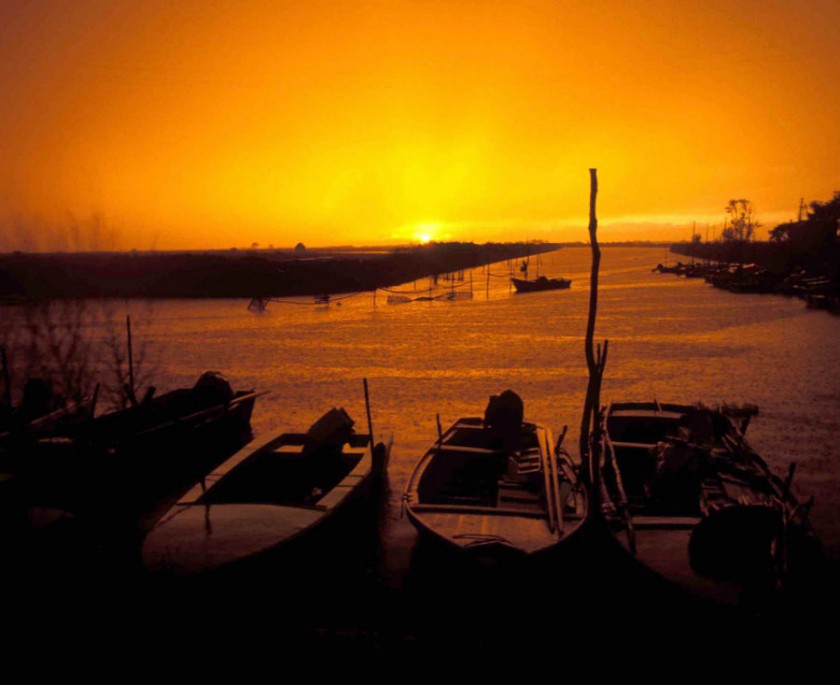 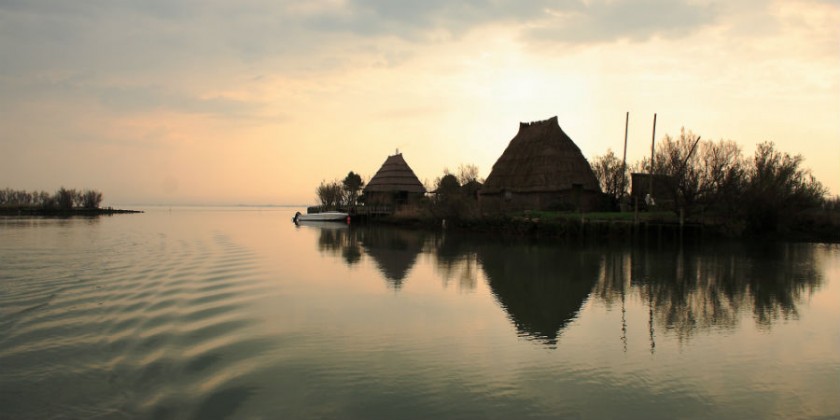 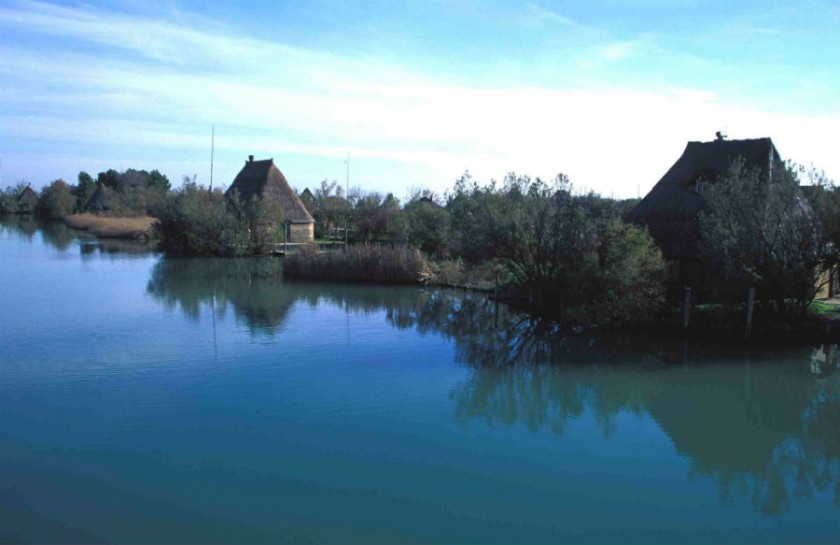 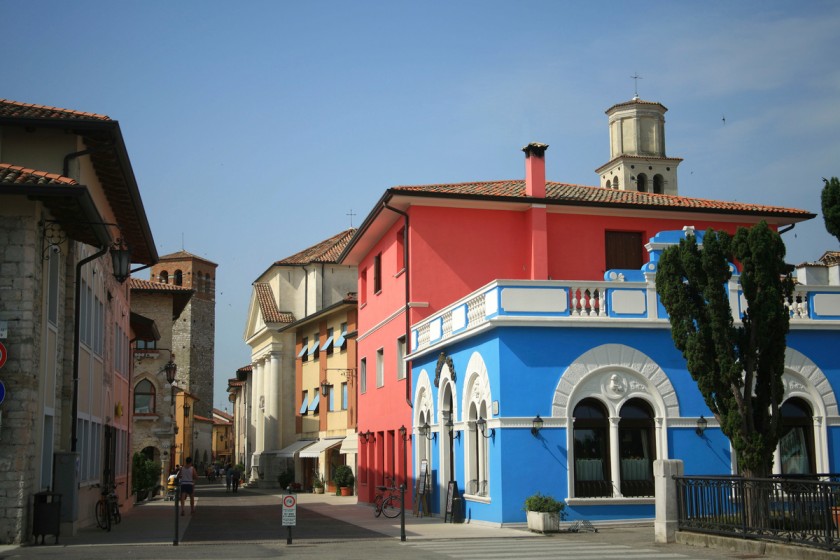 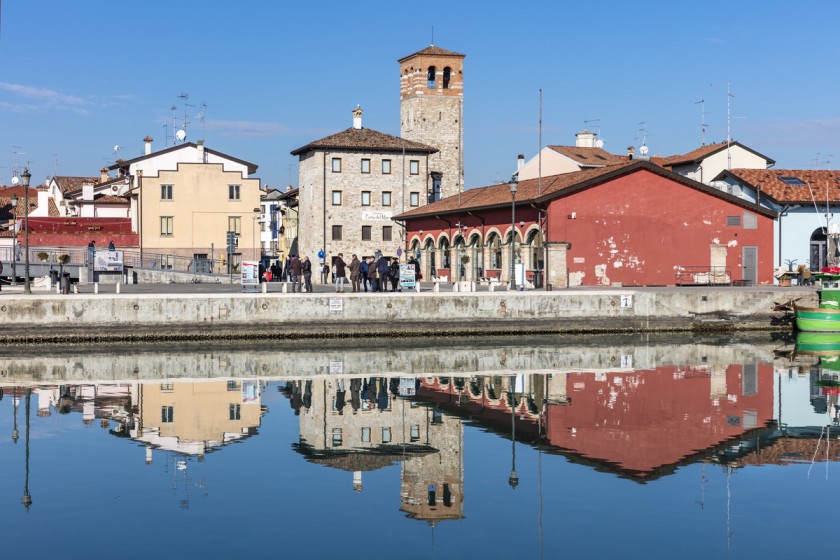 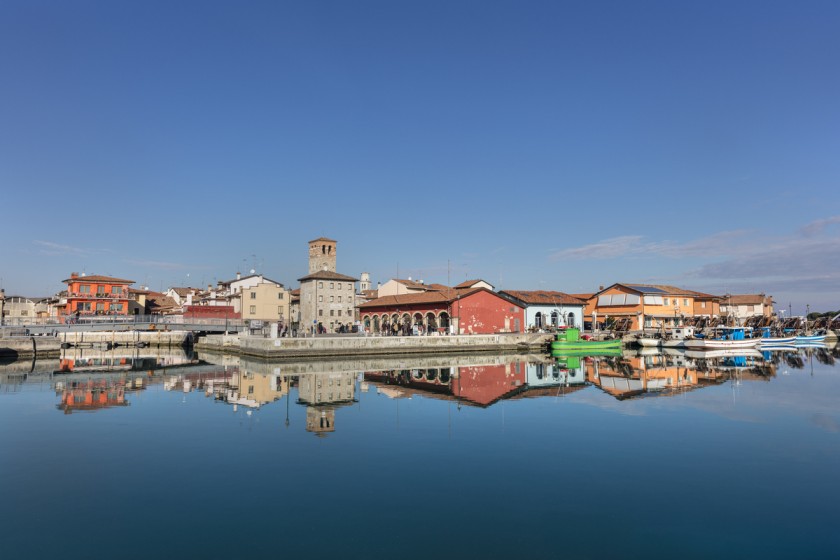 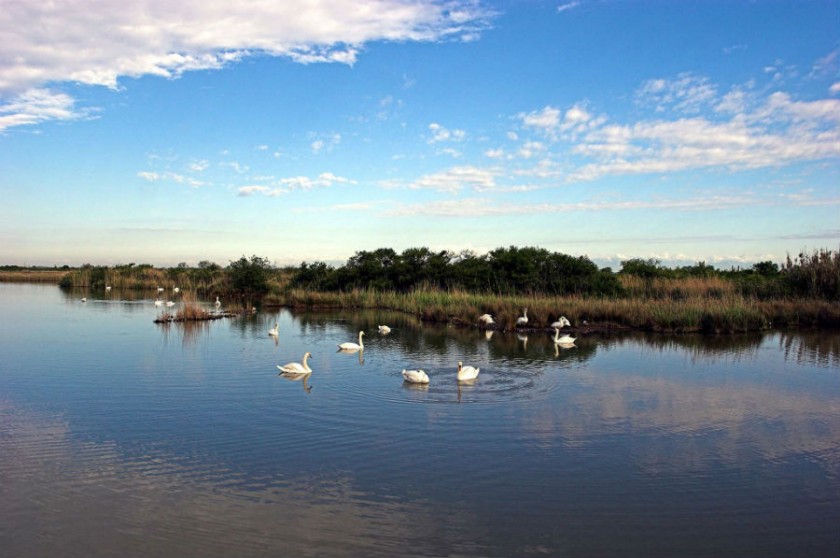 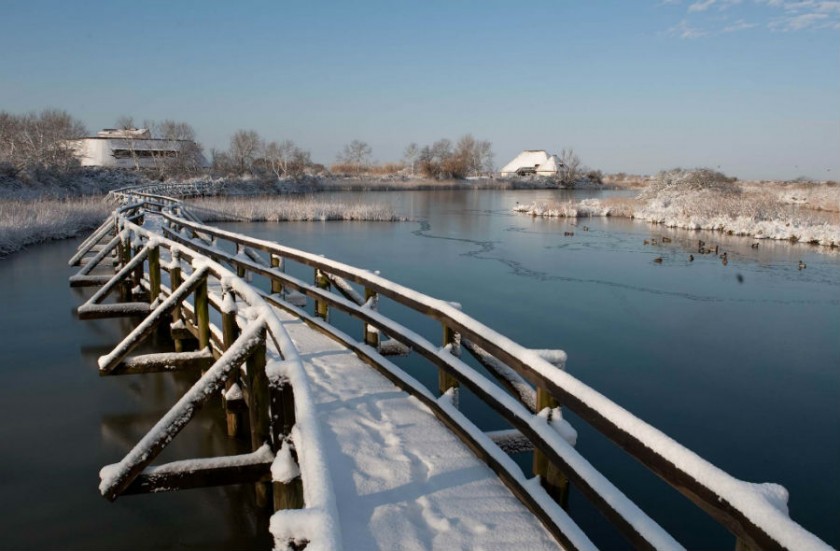 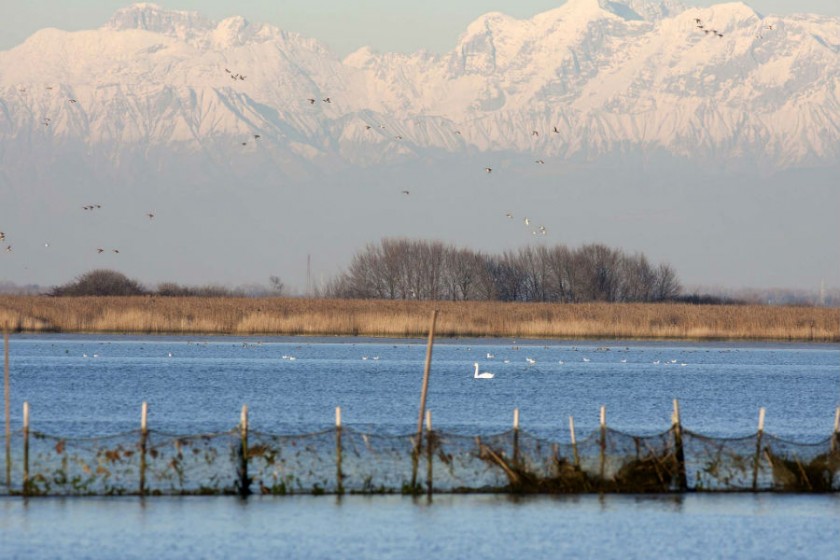 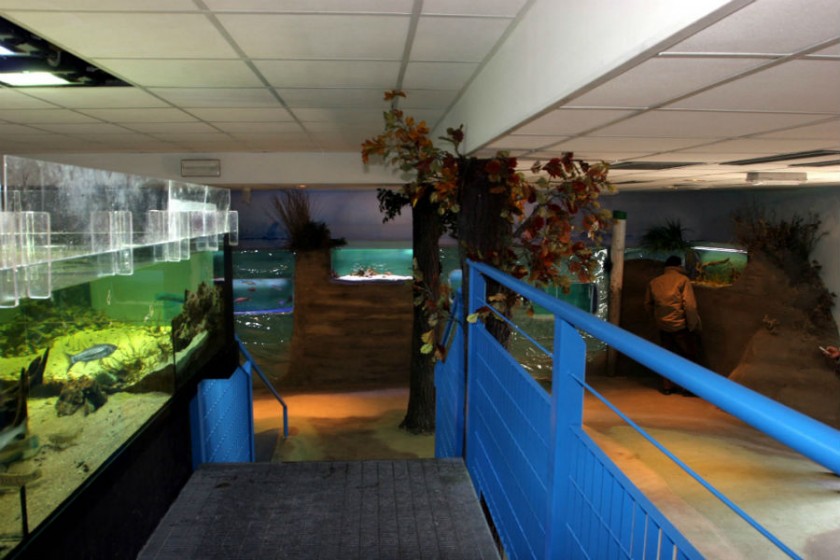 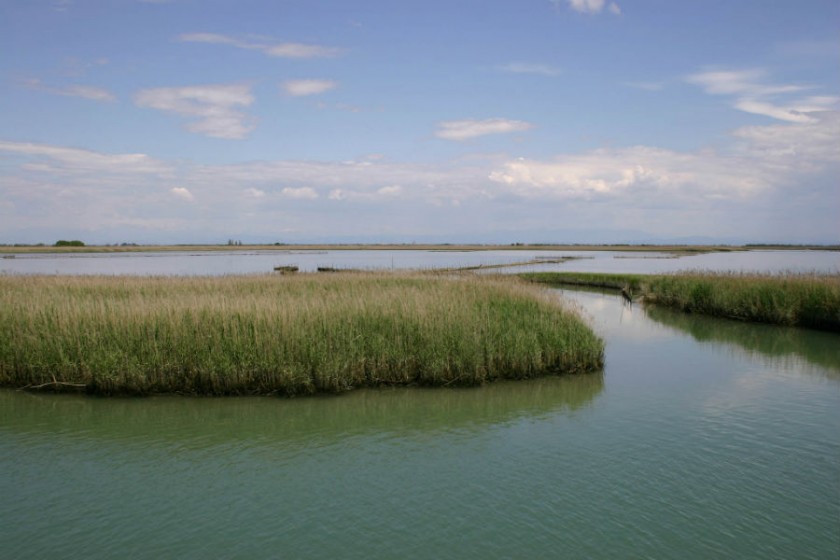 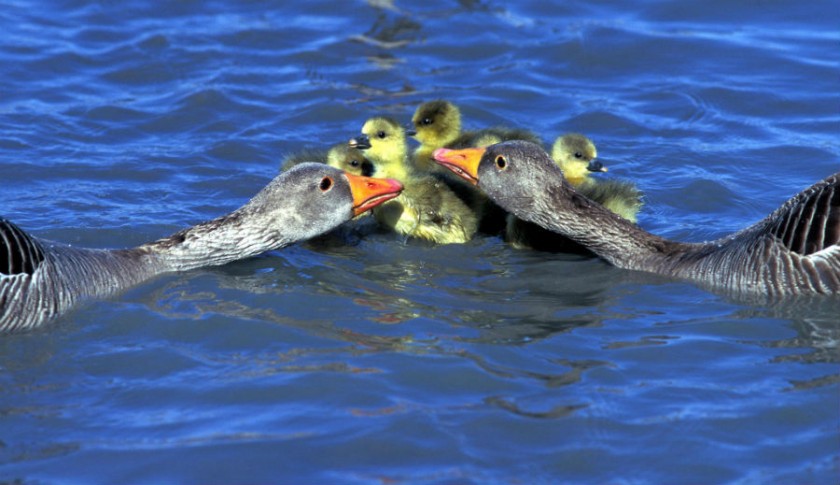 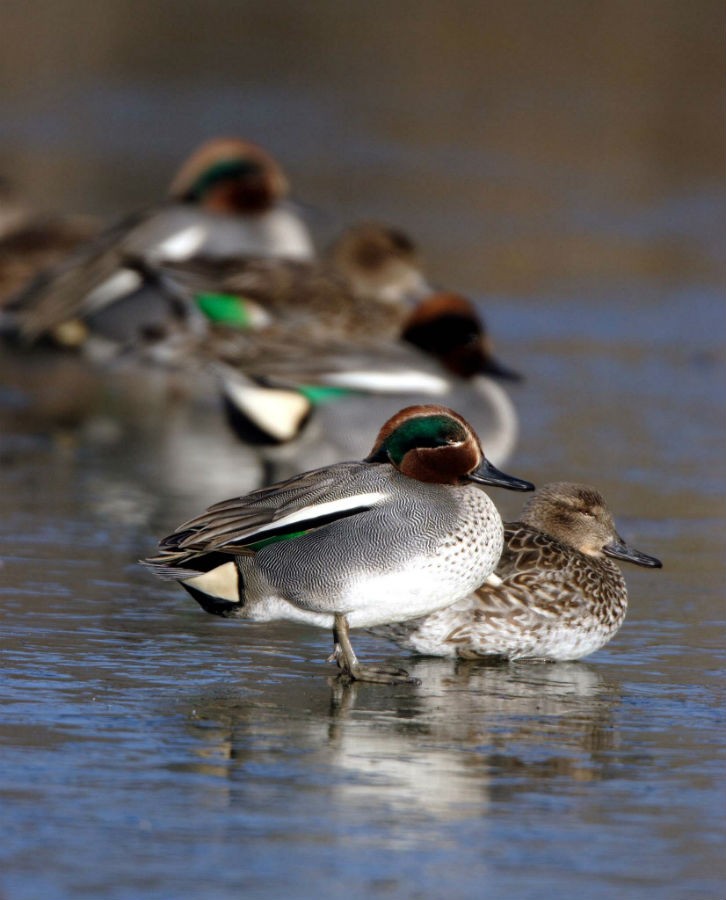 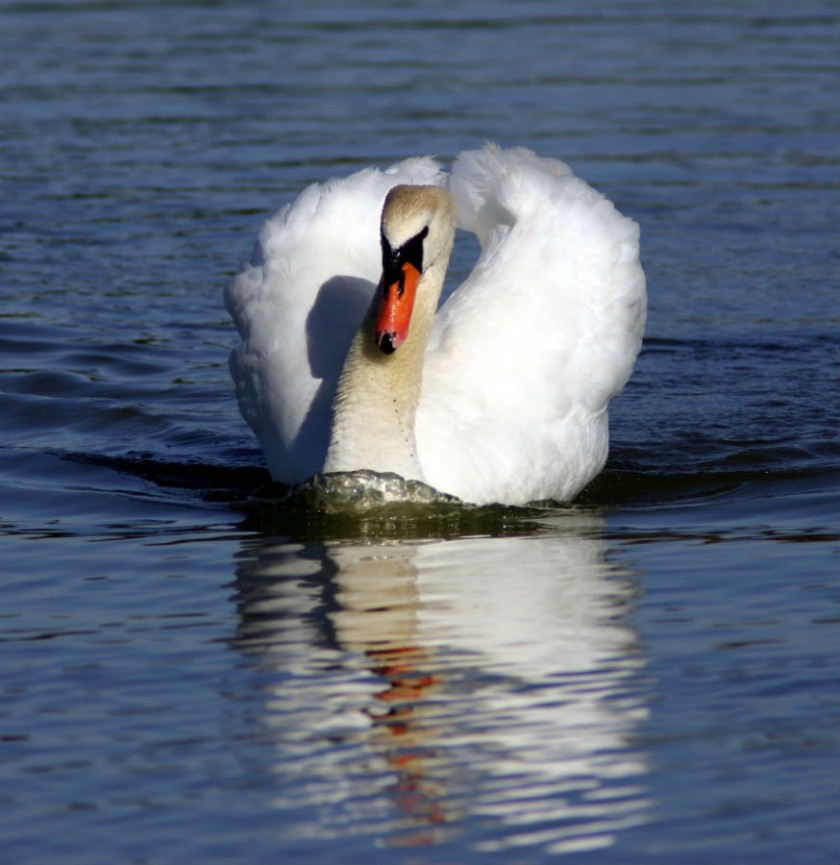 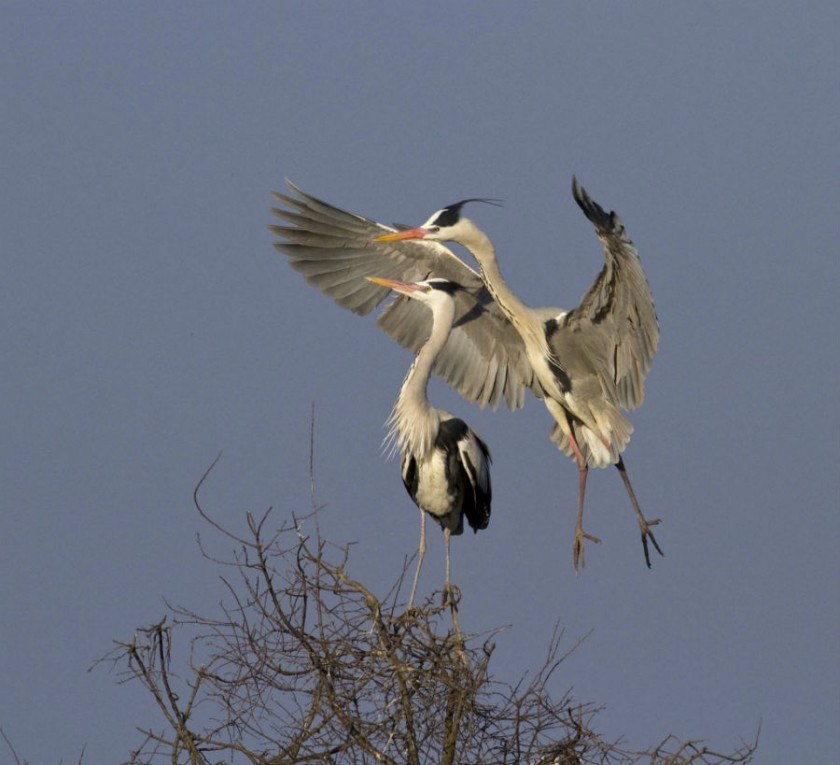 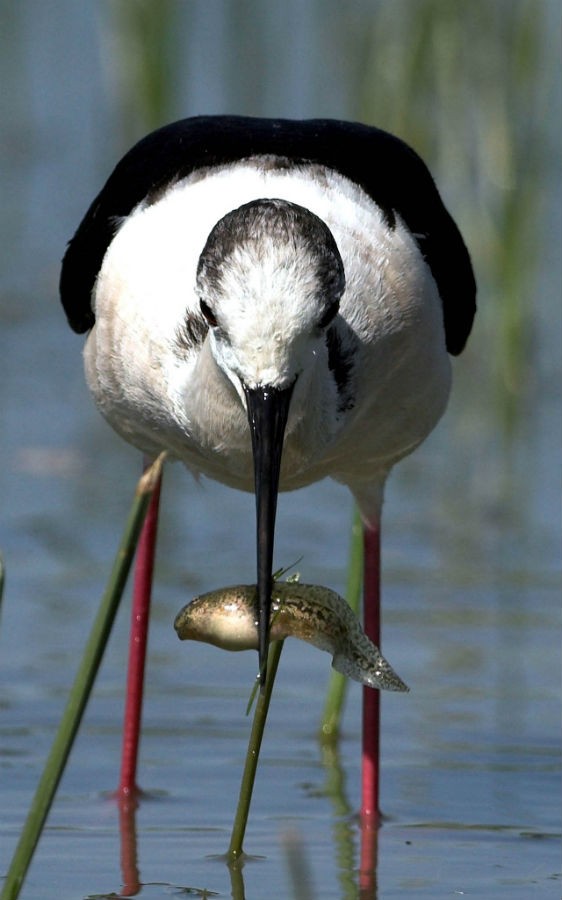 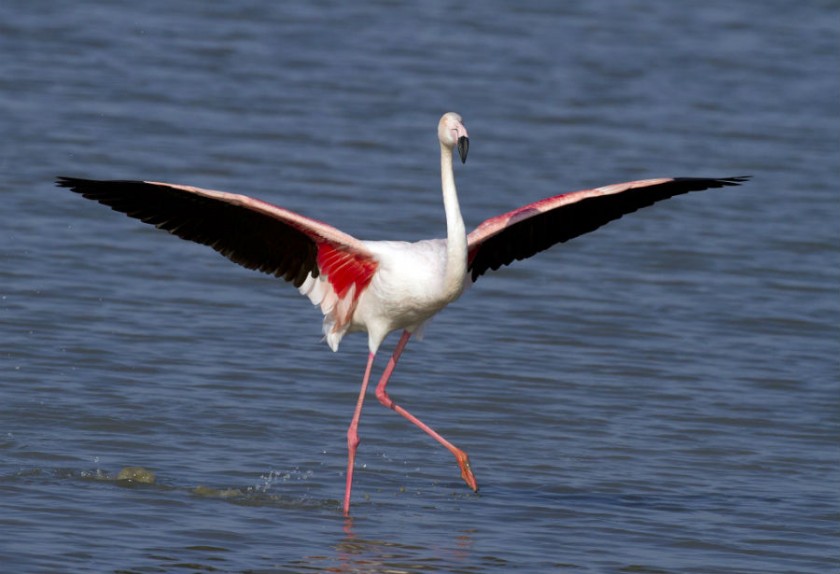 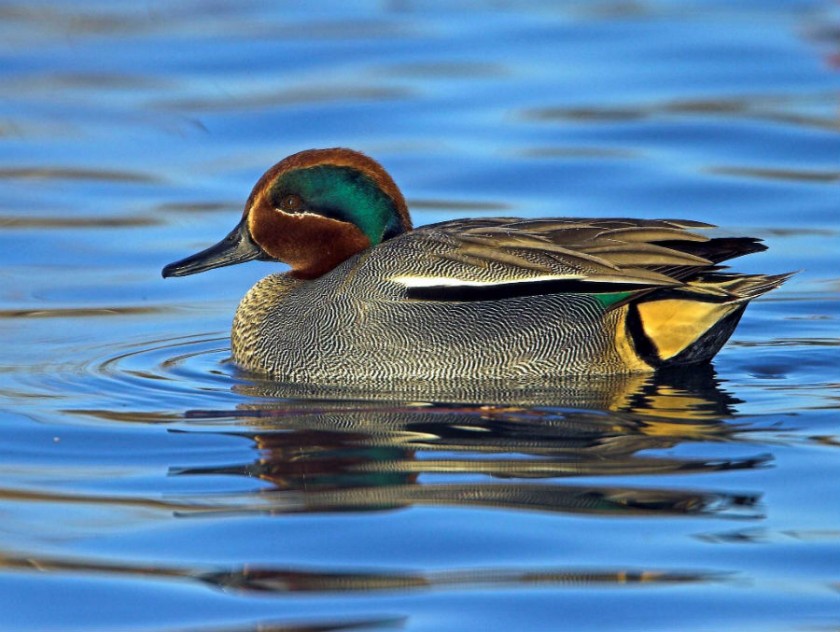 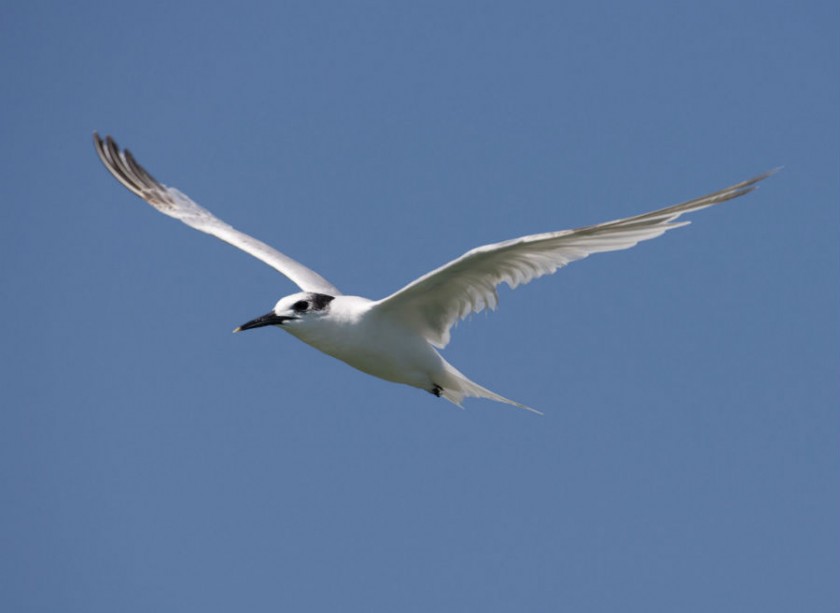 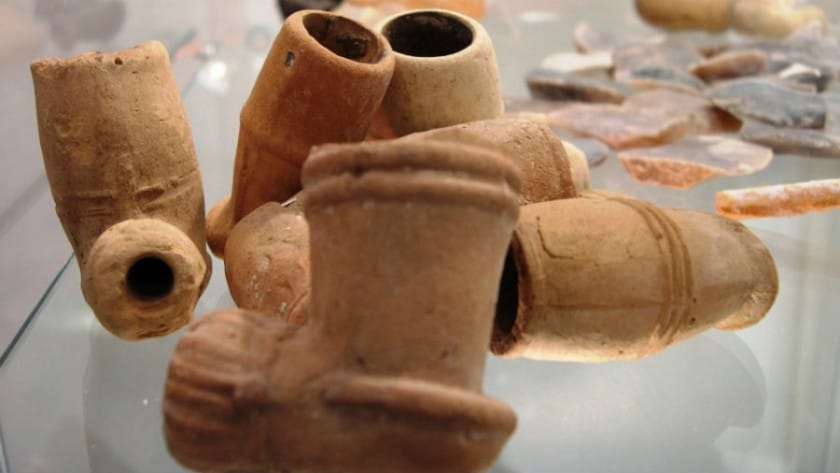 A look at Marano Lagunare

Sailing, already from far away can be glimpsed the millenary Tower occhieggiare on this place suspended, which now seems a world unto itself. Starting from its harvesting position, between the last coastal tip of Lignano and the lagoon of Grado, and protected from the open sea by a series of islands and islets, as those of Martignano and Sant'Andrea, also known as the Island of the shells.

Until the end of the nineteenth century, here, everything was surrounded by walls: even the Turks in the Sixteenth Century, managed to make the breach. And the Republic of Venice, which ruled these lands from the fifteenth century to the end of the eighteenth century, he sought in every way to keep close. The people are still grateful: La Serenissima respected local autonomy and the maranesi are saying that still today, with pride, to be the only country friulano where it speaks the veneto. But, in addition to having created frames linguistic and cultural, Venice has left to Marano is also a strong architectural imprint.

The historic center is a succession of narrow streets and small squares, toward which the houses you push, ushering in common spaces of encounter and outdoor work. The buildings are dressed with usable items that tell a story ancient: bas-reliefs, faces of stone, coats of arms.

Here, in the lagoon, opens the Regional Natural Reserve Foci dello Stella, which is not raggiungile overland. Water is the only track through which one arrives at the delta of the river Stella, you can climb up to the locality of Precenicco and Palazzolo dello Stella. Leaving the boat at a marina it is possible to visit the area with the appropriate tourist motorships. We are thus entering a microcosm exceptional, a true paradise for bird watchers: among the reeds that flank the river bed, living, among others, marsh harriers, real swans, red herons, gray herons and white.

From one of the branches more suggestive of the delta, in a path taken by almost forty years by a motorboat that guide the tourists to discover the lagoon, it enters the extreme mouth. Before the eyes opens a spectacle of rare beauty: a village of Casoni. Facts of the barrel and wood, kept at the center a hearth and were furnished only with the necessary for survival. All the huts look west: is the slope of the most sheltered from winds of bora and tramontana. A wooden landing stage today allows docking.

Every year on the Sunday after the 15 june, not to be missed is the feast of San Vito with the ancient procession in the sea.

the Municipality is part of:
Unione Riviera Bassa Friulana

Campo Patriarca Elia, Grado (Gorizia)
19.48 Kilometers from Marano Lagunare
Grado Archaeological Area
the archaeological area of Grado is located in the historic center of the village, in Friuli Vene...

Piazza Biagio Marin, 4, Grado (Gorizia)
19.58 Kilometers from Marano Lagunare
Sanctuary of Barbana Island
The Sanctuary is located on the island of Barbana, in the Grado lagoon.

Piazza Duomo, 16, Cordovado (Pordenone)
23.76 Kilometers from Marano Lagunare
Cjase Cocèl Peasant Life Museum
The Cjase Cocèl Museum of Fagagna, housed in an ancient rural house dating back in some of its pa...

Via Monastero Maggiore, 34, Cividale del Friuli (Udine)
42.17 Kilometers from Marano Lagunare
Quadris Naturalistic Oasis
located north-west of the center of Fagagna, the Oasis of Quadris is a Site of Community importan...

Find where to sleep in Marano Lagunare

Piazza Municipio, 14, Venzone (Udine)
63.49 Kilometers from Marano Lagunare
Sauris Trout
ZEA, Sauris' smoked trout is born from the sources of Friuli and its smoking takes place in a loc...

Discovering the natural reserves of the villages of Friuli Venezia Giulia
Concurrent with the release of the June 2018 issue of Borghi magazine, here is a gift for all nature lovers. In the family, in pairs or for solitary adventurous, we will deepen the discovery of the water lands and the natural reserves of Friuli Venezia Giulia. Excursions on foot, by boat or by bike, and then unmissable events, birdwatching, unique landscapes and a brand new interactive app for your holidays in contact with nature! L...
Continue
Recipe: Jota, the tasty minestrone of the Friulian villages
In the past, the jota was based on essential and protein ingredients: sauerkraut, beans and cornmeal. The only concession to the throat was given by the pestat, a mixture of lard and aromatic herbs. Nowadays this typical cuisine cooked in the villages of Friuli-Venezia Giulia - also present on the tables of the provincial capitals - is served all year round and, depending on the climate, hot, cold or lukewarm, usually accompanied by wine glasses of the Carso that enhance its flavor. The jota also represents the pleasure of meeting and lig...
Continue