Share
Castiglione di Garfagnana, located on the access road to the Passo delle Radici, is one of those villages attached to its traditions which have made them centuries old. To discover the history and monuments of Castiglione, still tight in its double curtain wall, you can book a guided tour of the pro loco, which also has access to the Rocca, now private, and to the two Churches of San Michele and San Pietro. 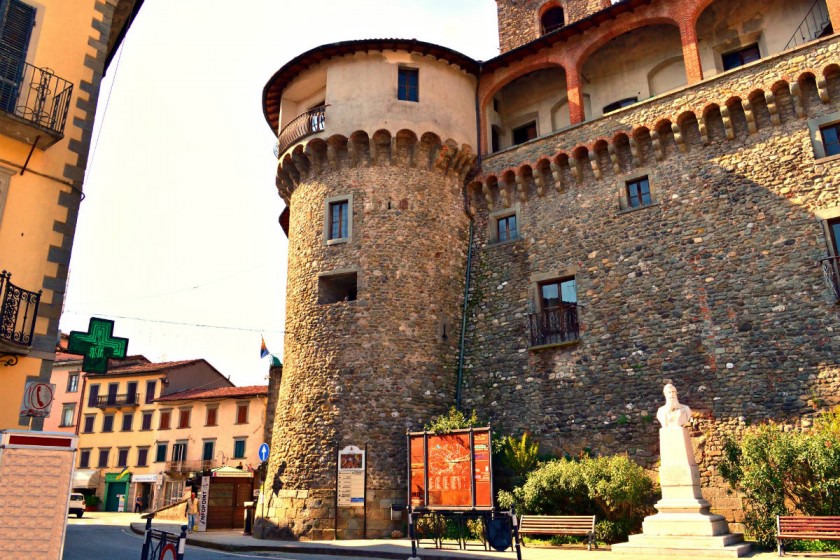 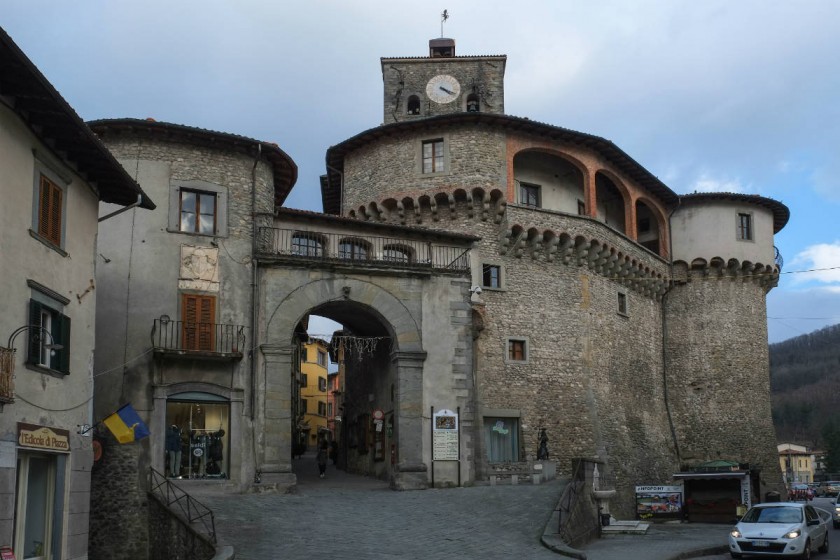 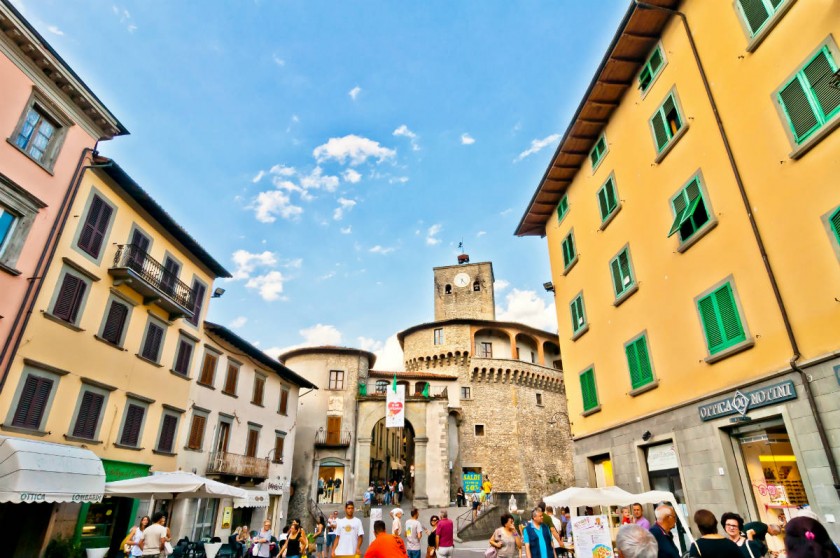 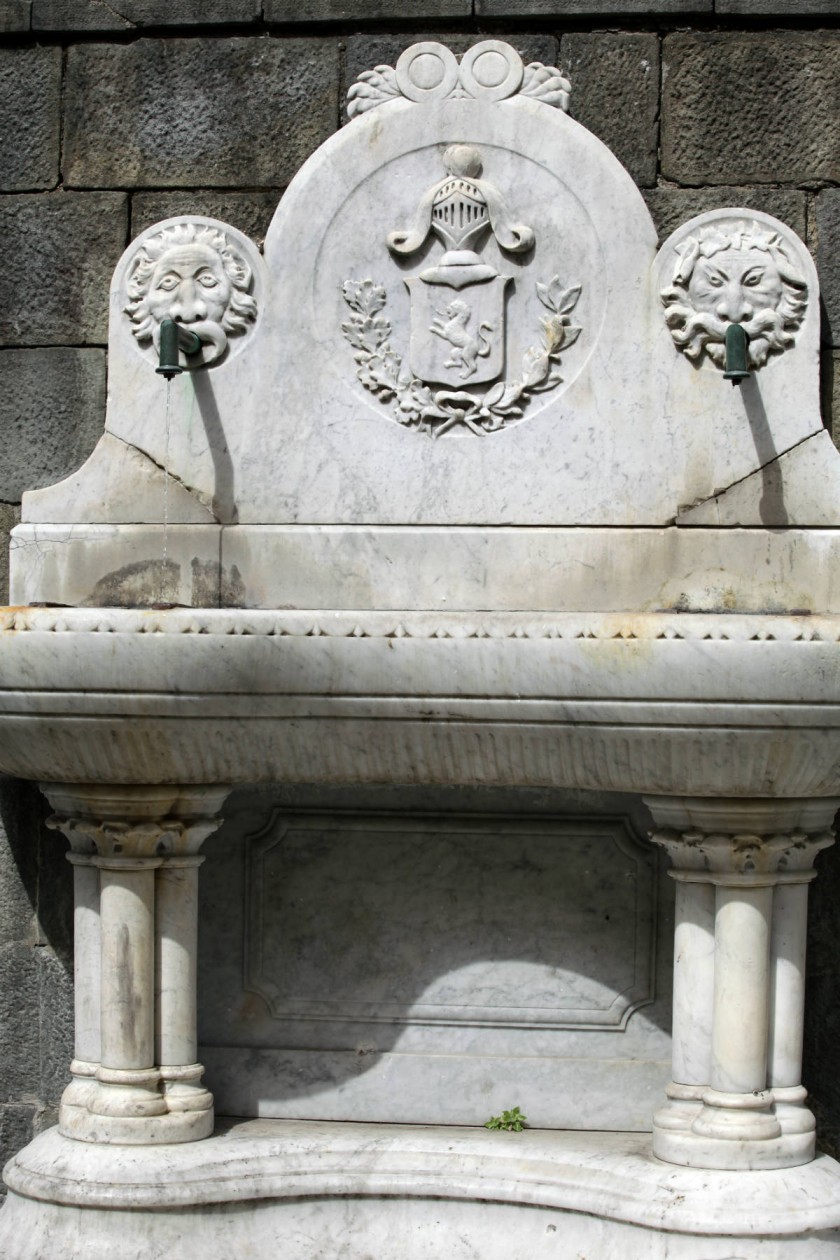 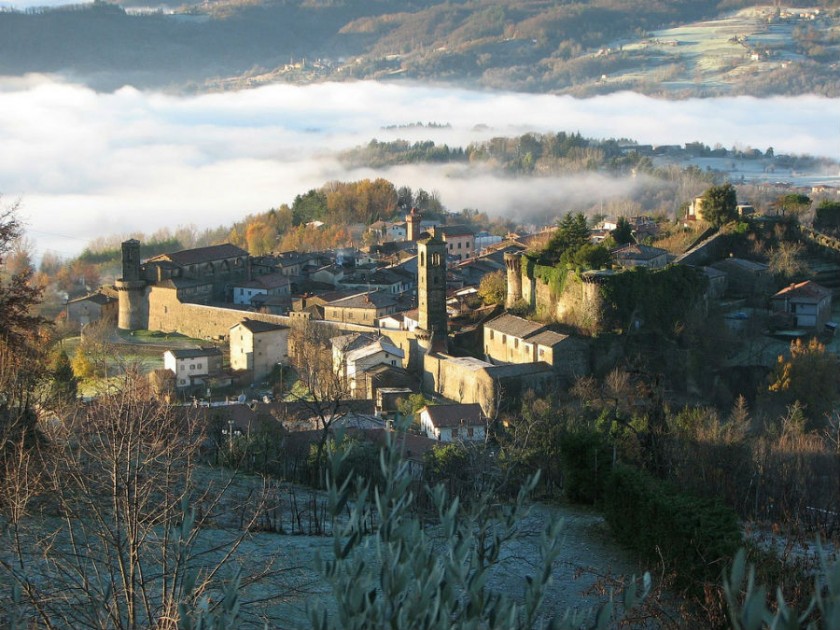 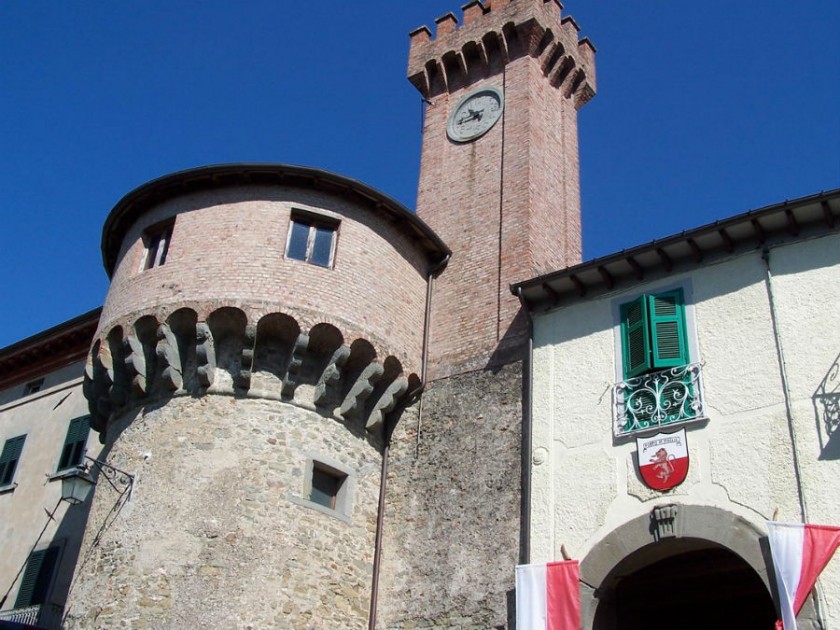 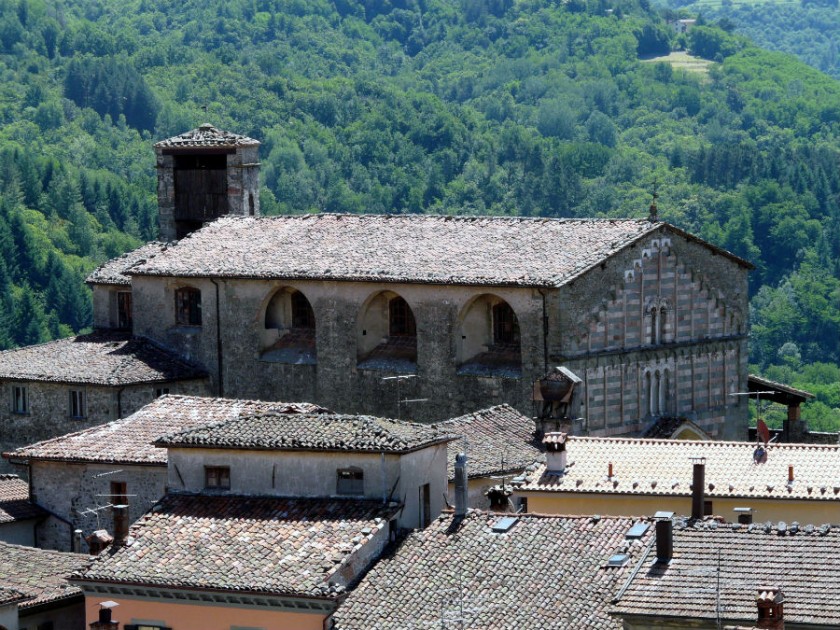 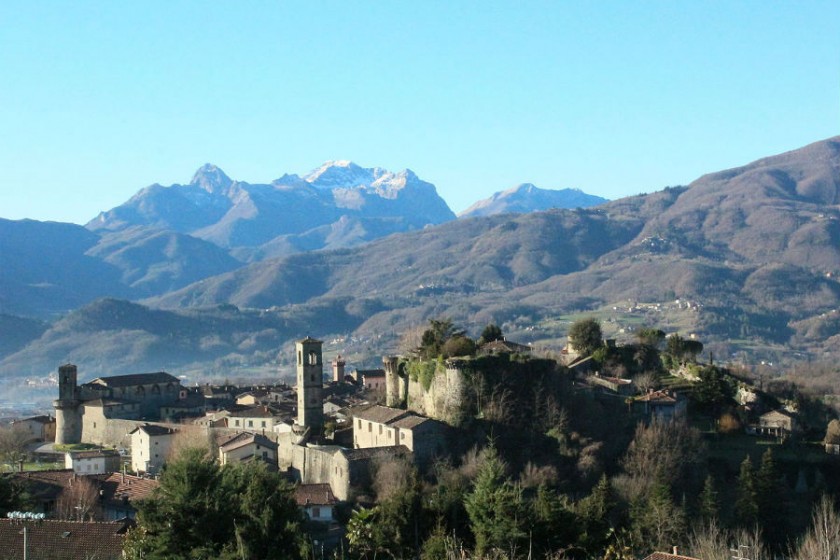 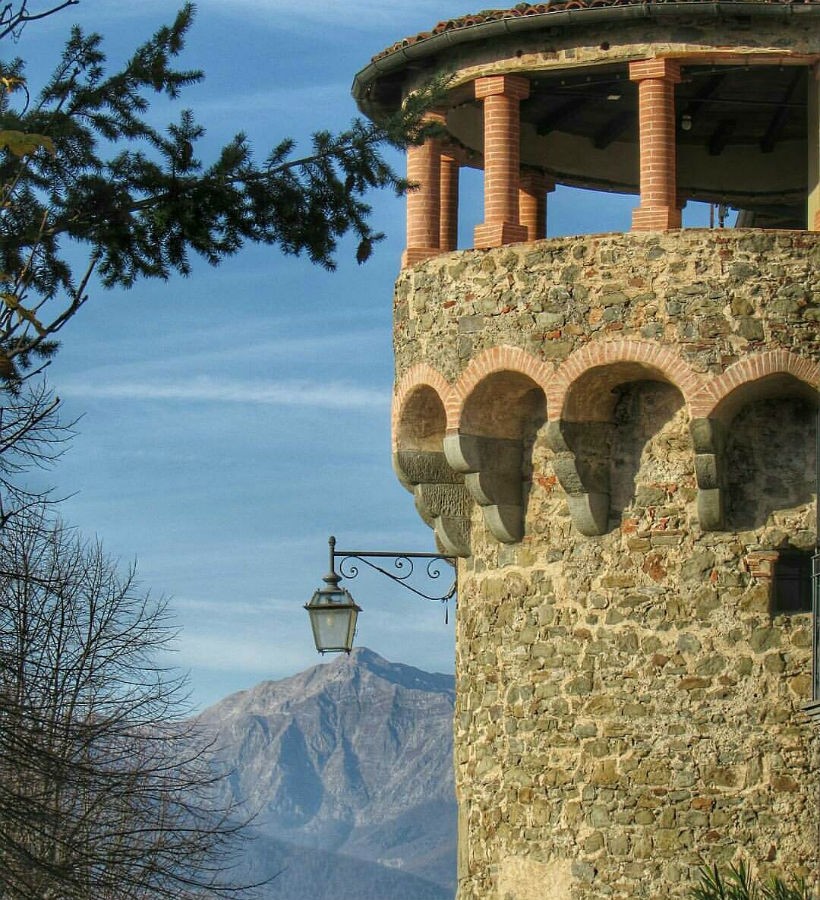 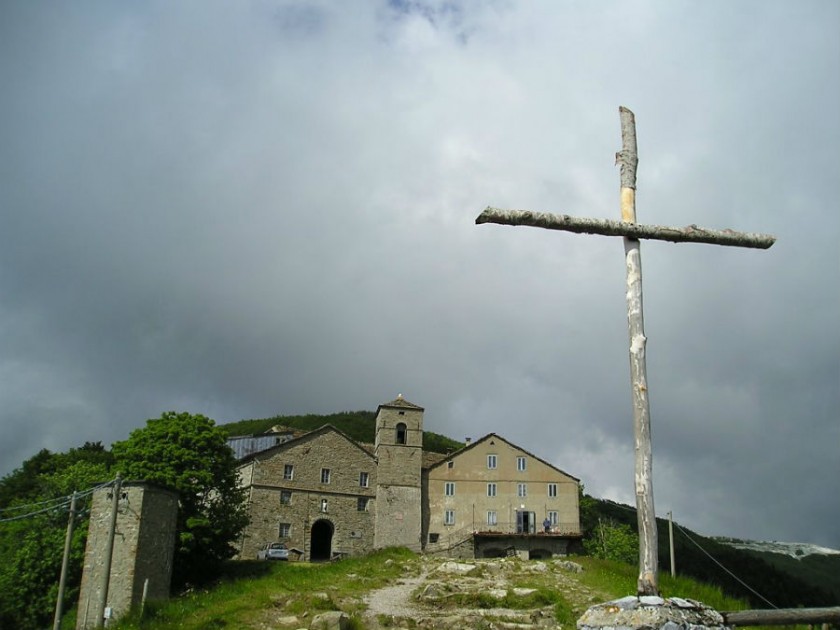 A look at Castiglione di Garfagnana

Castiglione is in the region of Garfagnana, in Tuscany. The village dates back to the period of Roman domination when it was frequently the construction of castra, i.e. terre fitted with fortifications, and between these precisely Castrum Leonis (Castello del Leone). At one time it was held in great esteem for its position of control on the path leading to Passo San Pellegrino, one of the most easy steps of the Apennines. Because of its strategic position, the Castello del Leone had a past very tormented and often was forced to defend itself from the numerous sieges. It was destroyed in 1226 and rebuilt in 1230. Lucca obtained from the emperor Federico II the imperial investiture on Garfagnana, to administer the which the divided into vicariates and Castiglione Garfagnana became the most important Vicar of the valley of the Serchio. On 10 March 1371 in the castle of Castiglione was signed the peace treaty between Lucca and the Antelminelli and other noble garfagnini, and Lucca, retracted in possession of Castiglione in 1371, fortified with walls more robust and with a series of Torrioni. In the XV century Castiglione was dominated for a short period by the Florentines, but after the peace concluded between Milan (allied of Lucca) and Venice (allied of Florence), in 1433 Castiglione went back under the control of Lucca.

Things to visit and see in Castiglione di Garfagnana are the walls, the medieval castle is still intact and the two churches of San Michele and San Pietro.

Al Casone di Profecchia and to the pitch of the roots are available ski lifts and ski trails and represent basis points for excursions on the countless peaks surrounding Apennine (Monte Prado, Monte Cusna, Monte Vecchio) through a dense network of paths immersed along beech trees.

The village of San Pellegrino in Alpe, with its 1525 m.s.l.m., is the country firmly inhabited the highest of the whole Apennine chain. His other peculiarity is that belong simultaneously to two common (Castiglione and Frassinoro), two provinces (Lucca and Modena) and two regions (Tuscany and Emilia-Romagna). Certainly deserve a visit the Sanctuary of the saints and Peregrine White and the Museo Etnografico Provinciale "Don Luigi Pellegrini" that preserves over 4000 items related to rural civilization of the valley of the Serchio and the Tuscan-Emilian Apennines. There are also interesting the panoramic point of the Pier and the devotional path (linked to the events of San Pellegrino), said of the "Giro del Diavolo", where we meet the pile of stones, carried and stored in the course of the centuries to penance by pilgrims and the "source of the Saint", where according to the tradition the Holy went to drink.

Very famous and popular is the Alpine Philharmonic of Castiglione di Garfagnana, founded in 1858 with the name of popular fanfare, currently led by Maestro Silvano Marcalli. In 2008 were celebrated the 150 years of activity of the Philharmonic, with a gathering of old and current members of the band.

"Land of wolves and robbers": so Ludovico Ariosto called Garfagnana when arrived there in 1522 as Commissioner Este. Today's visitors remain rather fascinated by this savagery, especially because it has not surrendered to concrete. Nature resists with severe landscapes, of contrast: the village of Castiglione is walled and lost in the woods, surrounded by mountains: border territory. The defiant death on the wooden Christ's face in the church of San Michele, the thirteenth-century Madonna of the altarpiece by Simone Giuliano, still archaic in the features, and the one more modern, more girl with a shade of melancholy, sculpted by Vincenzo Civitali in the church St. Peter, are figures of this austere land, the image of a different Tuscany, more bitter and mountainous than sweet and hilly. In the depths of the brown eyes of the Madonnas of Lucca, of this sweet wildness, are glimpsed the passage of time, solidified in the austere coats of arms of the municipal building. A window lit in the village invites us to the touched serenity of being up here: in the village at the top of the hill of houses thrown in, with its fortress, the mighty walls and the towers, signs of a still-living Middle Ages. The friendly names of the two towers of the Brunella, within the walls, and Campanella, in the castle, should not make us forget that this was the most important castle of the Republic of Lucca to defend the border against the Duchy of Modena, on the important road that from here crosses the Apennines towards the lands of "Lombardia".

Palazzo Vanni, Via del Mangano, 17, Coreglia Antelminelli (Lucca)
13.74 Kilometers from Castiglione di Garfagnana
Theatre of the Reassured
In the Teatro dei Rassicurati of Montecarlo concerts and performances of prose and amateur theatr...

Find where to sleep in Castiglione di Garfagnana

Festival of the present

5 must-see villages of the Tuscan-Emilian Apennines
Its highest peak is Monte Cimone, with its 2165 meters of altitude. Only four peaks of the Tuscan-Emilian Apennines exceed two thousand meters. From the Parma to the Reggio Apennines, from the Modena area to the Bolognese area up to the Tuscan side, from the Lunigiana to the Pistoia mountains, from Switzerland Pesciatina to the Marliana mountain, from the Garfagnana to the Bisenzio valley, from the Calvana mountains to the Mugello to the Casen...
Continue
5 typical cured meats products from 5 italian territories of small towns
In addition to art and its splendid landscapes, one of the things Italy is proud of is its food: Italy's food and wine heritage is very rich and linked to local products. From north to south, you have the opportunity to taste exquisite food, from truffles to apples, from honey to dairy products, right up to cured meats, true gastronomic excellences with ancient origins. Here are some of the most important and tasty cured meats in Italian gastronomy. Jambon de Bosses raw ham
Continue
The Easter panettone: La Pasimata della Garfagnana
We are about to arrive at Easter and normally, when we think of this party, our taste buds quiver thinking about chocolate eggs. Today, however, we take you to the discovery of a traditional Easter panettone typical of the Garfagnana: the Pasimata.In Tuscany this is one of the desserts that cannot be missed on the tables during this feast day and is traditionally consumed during Lent and, blessed in church, on Easter day. There are actually two distinct types of pasimata. The typical one of the city of Lucca and its surroundings and...
Continue
Recipe: Castagnaccio, the dessert of the Tuscan villages that smell of wood
A taste that comes from the past, a "convict" taste that made people fall in love, a poor and ancient sweet of Tuscan cuisine that enriches the table in the fall. The castagnaccio is a characteristic autumn dessert of the villages in the Apennine areas of Tuscany, Liguria, Emilia and Piedmont and, depending on the region in which it is cooked, presents some differences. In Tuscany, for example, the cake is about a centimeter tall and according to the traditional recipe should be made with chestnut flour from the Mount Amiata. One of ...
Continue
Tuscany: the village of Castiglione della Garfagnana, between the Biroldo, the Mondiola and the potato bread.
There are not only the hills with cypresses on top, the villages perched on the tufa hills, the islands surrounded by an enchanting sea and the countless cities of art scattered from north to south. Tuscany is also something else. It is also a region of wooded mountains and valleys, high and sometimes rugged lands that are lost in the heart of the Tuscan-Emilian Apennines, lands of torrents and perfumes, but also of hamlets of history and flavors. Part of this Tuscany is the Garfagnana, a historical area of ​​the province of Lucca...
Continue
Unique Tuscan villages to Love - Download a free travel guide to the 51 certified Tuscan villages
It has recently been made available a free travel guide by Toscana Promozione Turistica, in Italian and English, about 51 Tuscan villages certified in the Borghi più Belli D'Italia, Paesi Bandiera Arancione, Mibact's Gioielli d'Italia and UNESCO World Heritage Sites. The volume, edited by Claudio Bacillieri, director in chief for Borghi Magazine, accompany th...
Continue