Share
Venafro has very ancient origins, dating back to the Italic people of the Samnites. The large number of churches in the area have given the village the nickname 'City of 33 churches'. These are many churches of various sizes and periods in the historic center and in the foothills area. The historic center looks like a fortified village along the escarpment of the mountain, distant from the ancient Roman center, identified in the area of the amphitheater. The highest point of the village is the Pandone Castle.

A look at Venafro 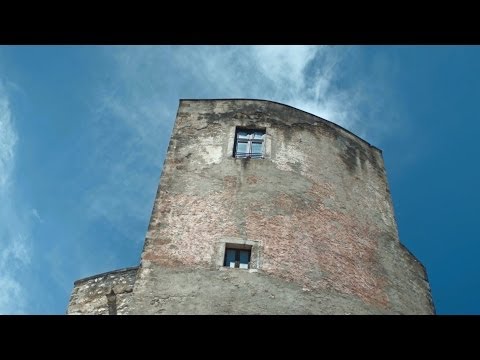 Venafro (Venafrum in Latin, Venafrë in local dialect) has very ancient origins, dating back to the italic people of the Samnites, where in the III century B.C. fought against Rome during the Samnite wars. In 89 B.C. Venafrum was the theater of a decisive battle against Rome guerreggiò where the group of peoples of "Italic League", in the so-called "Social War". Renowned for fertility and amenities, is remembered by Horace as a holiday resort, and Pliny the Elder speaks of a source diuretic there located. In Roman times boasts of a developed economy with the famous oil which according to legend was brought from Licinius which speaks of it in many of his works. Always of the fruitfulness of the soil and of the reputation of the oil venafrano there from Martial witness.

Between the 774 and the 787 Piana di Venafro was crossed by the troops of Carlo Magno that clashed with those of the Longobards of Principality of Benevento. It suffered severe damage in the earthquake of 1349 and that of 1456. In 1495 said hospitality to the troops of Charles VIII of France for the passage to the conquest of the Kingdom of Naples (Ferdinand II of Aragon). Since the XV century it was owned by the family Pandone, which contributed to the economic recovery of the center. After the dark period of the Middle Ages that saw Venafro sink into misery and disease, in the following centuries the city lived an era of growth and prosperity, just think of the many buildings dating back to this time that have changed the face of the city with monumental churches and palaces.

On 24 and 25 October 1860 Venafro hosted the King Vittorio Emanuele II of Savoia in travel to and Teano to meet Giuseppe Garibaldi. During the war against brigandage, General Ferdinando Augusto Pinelli made clear Venafro from topographic map.

Between autumn 1943 and spring 1944 was theater, as well as other countries of the surroundings (Pozzilli - Filignano, San Pietro finally and others), of fierce fighting between the Germans, asserragliati mountains to the north and the Anglo-Franco-us, along the Gustav line, for the conquest of Cassino and Montecassino. Exchanged for the latter by the pilots anglo-american, Venafro was hit hard by Allied bombing raids on 15 March 1944 that caused about 400 victims among the civilian and military.

The large number of churches in the territory venafrano gave in Venafro the epithet 'City of 33 Churches'. It is a matter of many churches of size and various epochs in the historical center and in the foothills area.

The historic center is presented under aspect of fortified village along the slope of the mountain, far from the ancient Roman center, identified in the area of the amphitheater. The highest point of the village is the Castle Pandone, while the Cathedral, following the pattern of the ancient Norman city-Longobard, is situated outside the walls. The urban layout is very precise, punctuated by the cardo and decumanus, and suffers from the architectural influence of the Neapolitan baroque. At the center there are two other important monuments: the military cemetery of French war and the convent of San Nicandro, become shrine already at the time of the visit of Padre Pio in the early years of the twentieth century, necessitating medical care for his diseases.

Certainly deserve a visit to the Cathedral of Santa Maria Assunta, the Church of the Annunziata and the Basilica dedicated to the SS. Martyrs Nicandro, Marciano and Daria. Among the other architectures, ancient and modern, remind you of the Palazzina Liberty, the 'Verlasce' (Roman amphitheater) and the Roman Theater, the Archaeological Museum and finally the Pandone Castle.

The Regional Park historical agricultural dell'Olivo in Venafro, also called Parco Oraziano Campaglione or, is the first regional park of Molise, established with regional law in order to safeguard the heritage of olive cultivation of venafrano territory. The Regional Park Historical Agricultural dell'Olivo in Venafro is the first theme park on the olive tree of the Mediterranean. In addition to its valence agricultural and environmental, is an instrument for the promotion of tourism of venafrano territory which beyond its agricultural value is rich in historical and ecological that emerge between the dry stone walls and terraces. The olive trees of Venafro are mentioned in the works of the greatest Latin poets for the excellent quality of the oil: among them Horace, from which Oraziano Park.

Venafro is the only center in Molise is to be able to boast of the brand "mozzarella di bufala Campana D.o.p.", the same as regards the "ricotta di Bufala Campana D.o.p.". This derives from the fact that in the area there are several producers of this dairy product since the city up to Unita d'Italia belonged to the "Terra di Lavoro" and then presented preserves traditions gastronomic also bells. Other typical product is the renowned olive oil, already famous in ancient Rome, called "Aurina". The production takes place in the vast expanses of olive trees that cover the hills of the territory and part of the plain. Famous are the vegetables produced in the gardens of Venafro, bread and taralli in olive oil. Other gastronomic goodness are polenta with "caurigl" (i.e. the small cabbage), a polenta green vegetable-based and oil. The "sciusc" are similar in shape to the hanks, but are prepared with flour and water boiled with branches of rosemary and cinnamon; are a typical product of Christmas as well as the "zuppa alla santè", a typical dish which is prepared with the chicken broth (whose meat is chopped), meatballs calf, escarole and boiled egg chopped. Other products of Christmas are the "there ciariegl". During the Easter period are instead required on the tables of venafrani the pastiera, the "canesciun" (literally: qua none), the latter are made with puff pastry stuffed with Swiss chard, olives and salted anchovies and omelet of Easter made with a minimum of 33 Eggs (i.e. the years of Christ). At the carnival are prepared "The nocch", i.e. the neapolitan chatter.

the Municipality is part of:
Città dei sapori
Città dell'olio

Venafro Olive Tree Regional Park
The Venafro Olive Tree Park is the first regional park of Molise.
Via Cavour, 14, Venafro
Archaeological Museum of Venafro
The Archaeological Museum of Venafro in Molise is located inside the ex-convent of Santa Chiara.
Corso Garibaldi, 1, Venafro
Cathedral of Santa Maria Assunta
the church of Santa Maria Assunta is the main church of Venafro in Molise.
Via Duomo, 18, Venafro
Cathedral of SS. Martyrs Nicandro, Marciano and Daria
The Cathedral of SS. Martyrs Nicandro, Marciano and Daria is located in the village of Venafro in...
Viale S. Nicandro, 98-102, Venafro
Molise National Museum
in Venafro, the 'Molise Gate' there's the National Museum, hosted inside Pandone Castle.
Via Tre Cappelle, Venafro
Bagpipe International Museum
The Bagpipe International Museum of Scapoli, in Molise, is entitled to its creator Pasquale Vecch...

Via Felice D'Onofrio, 14, Agnone (Isernia)
45.35 Kilometers from Venafro
St. Francis' Church
The parish church of St. Frances is the main church of the village of Agnone, in Molise.

5 unmissable wine villages
Gavi, in the lands of Alessandria, Castagneto Carducci, the heart of the Maremma, Sirolo, pearl of the Conero lands, Venafro, in the Molise hinterland and Sant’Agata dei Goti in the Benevento area, are five destinations to discover extraordinary landscapes and discover wines rich in history. Wine is among the treasures of Italy. Extraordinary nectar, excellence exported to every corner of the world, from the Alps to Sicily it produces white and red, light and full-bodied, with and without bubbles. Each region has its places ...
Continue
Recipe: green polenta with the
SUITABLE FOR VEGETARIANS Among the many typical dishes of the cuisine of the Molise village of Venafro we find an unusual and tasty polenta, the green polenta with the caurigl that owes its color, and its name, to a quality of small cabbage and tender with particular tapered leaves, the caurigli in fact, pride of the gardens of the village. This dish, excellent even if heated in the following days, meets vegetarian cuisine even if there is...
Continue
Rock and poetry Agnone not to be missed!
Rock and poetry Agnone not to be missed! The festival Sonika Poietika is a summer event that follows the Poietika event that ended in Campobasso last 16 April. For five years the event has been such a success that it has also been repeated in summer. Sonika Poietika 2019 Sonika Poietika is a theatrical and musical review that from July 27 to August 4 will fill with music and verses some of the most beautiful towns of Molise including Agnone and Venafro. The village of Agnone will be the protagonist of an evening ...
Continue