Share
Nestled on the Grosseto Metalliferous Hills, Massa Marittima, enclosed within a well-preserved city wall, represents one of the most relevant urban-architectural complexes in all of Tuscany. The Cathedral of San Cerbone is the main religious building in the area and represents one of the most important monuments of Romanesque architecture in the Maremma and Tuscany. 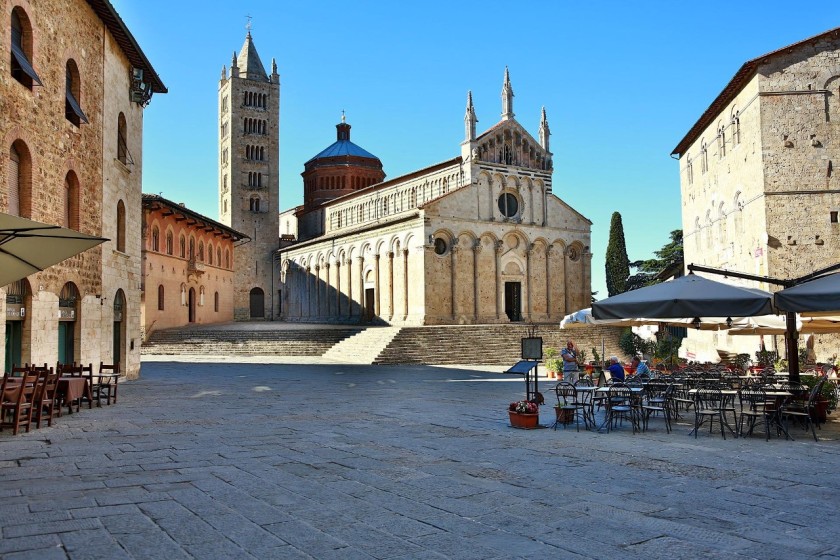 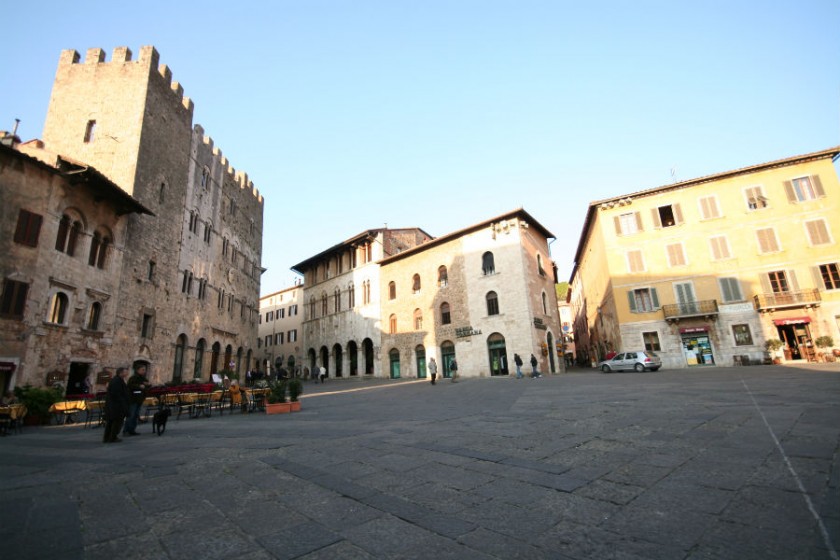 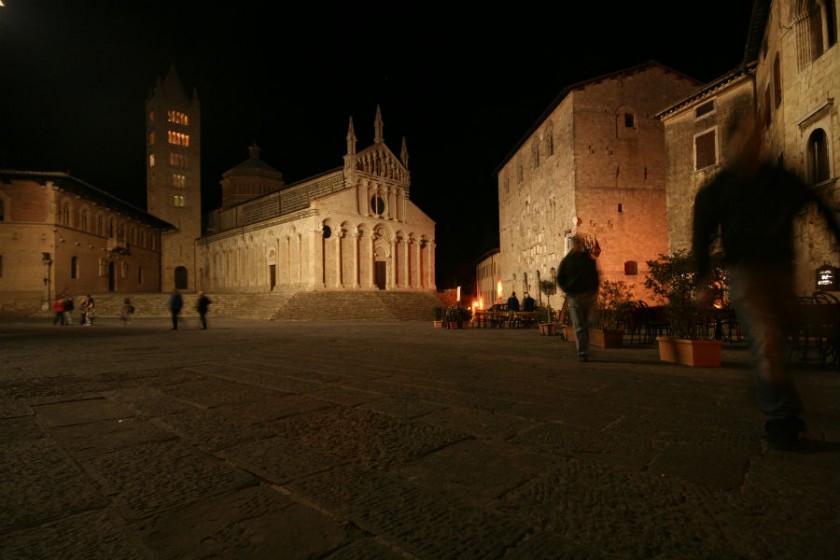 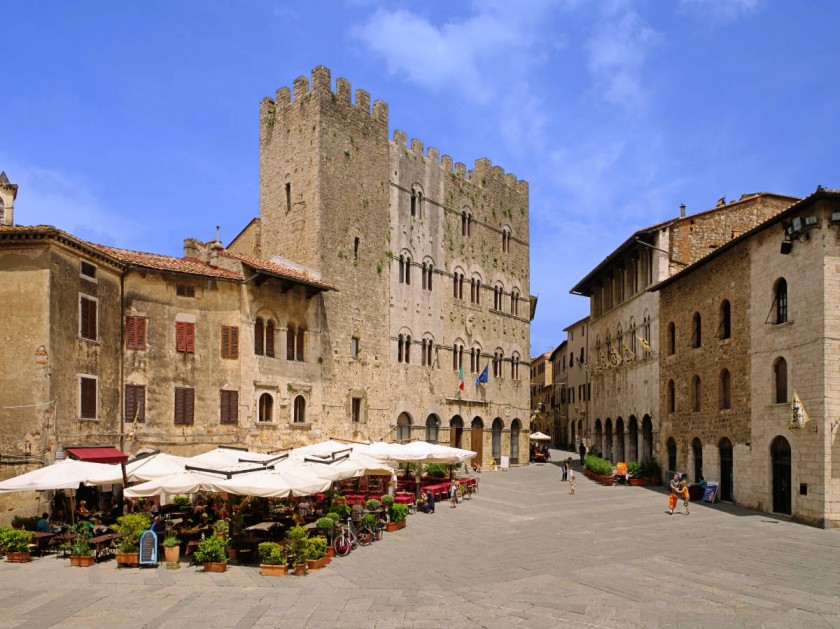 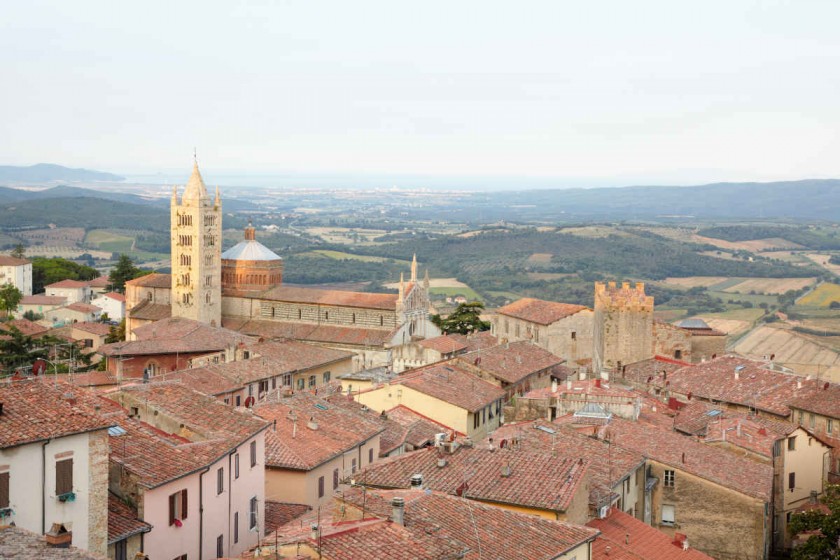 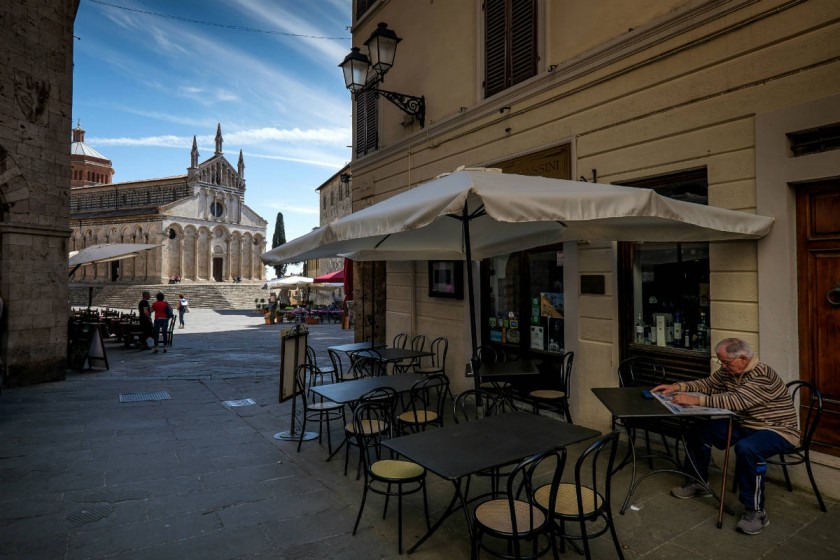 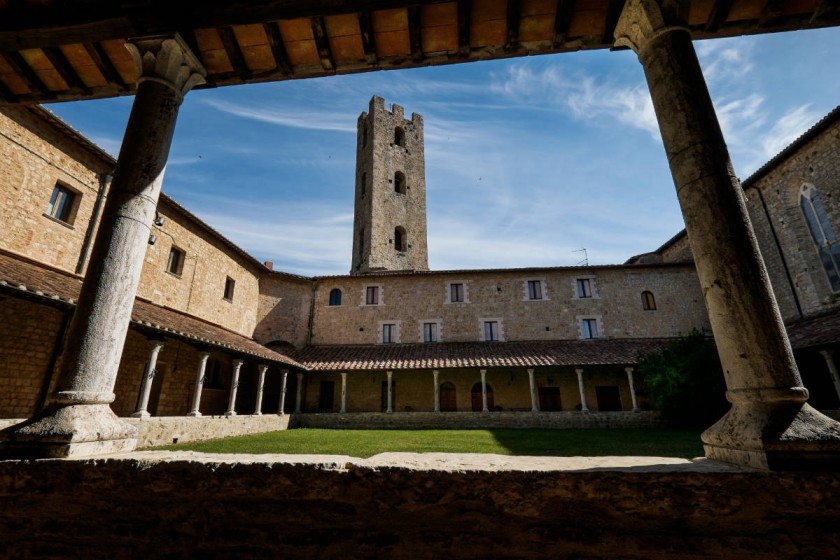 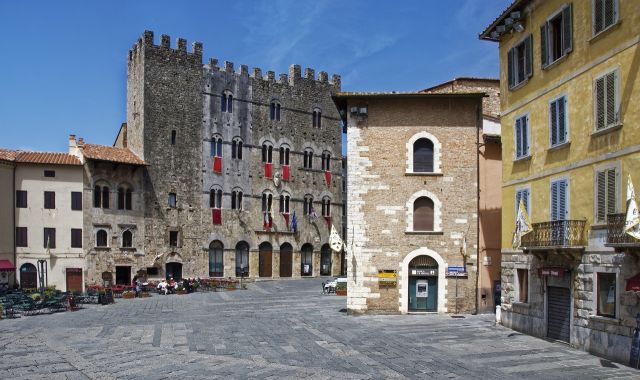 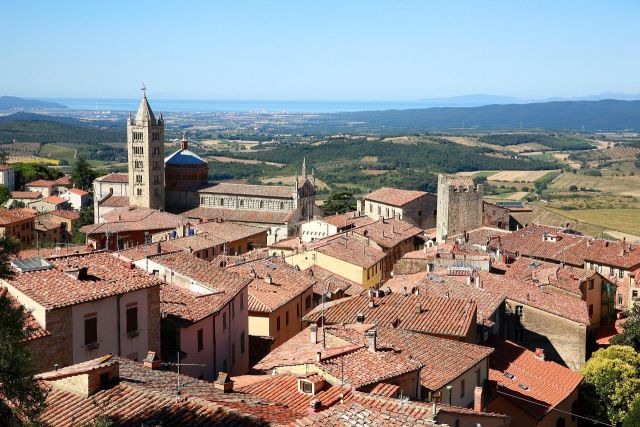 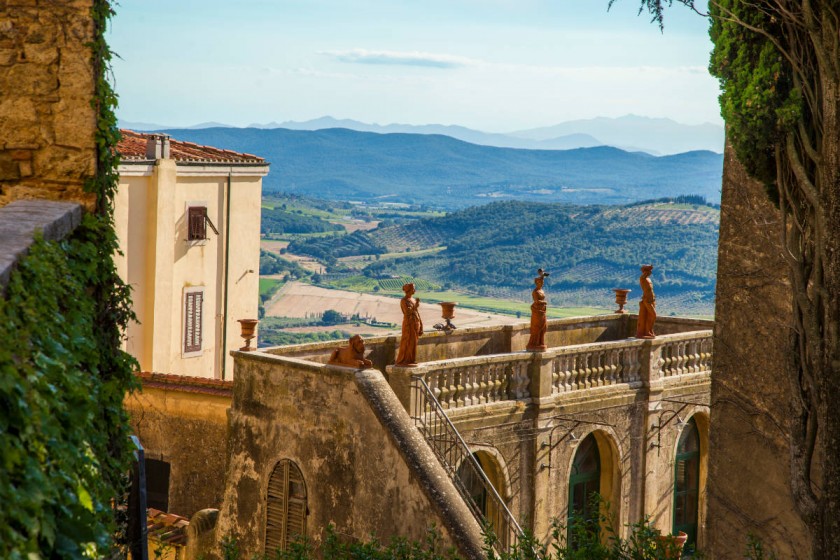 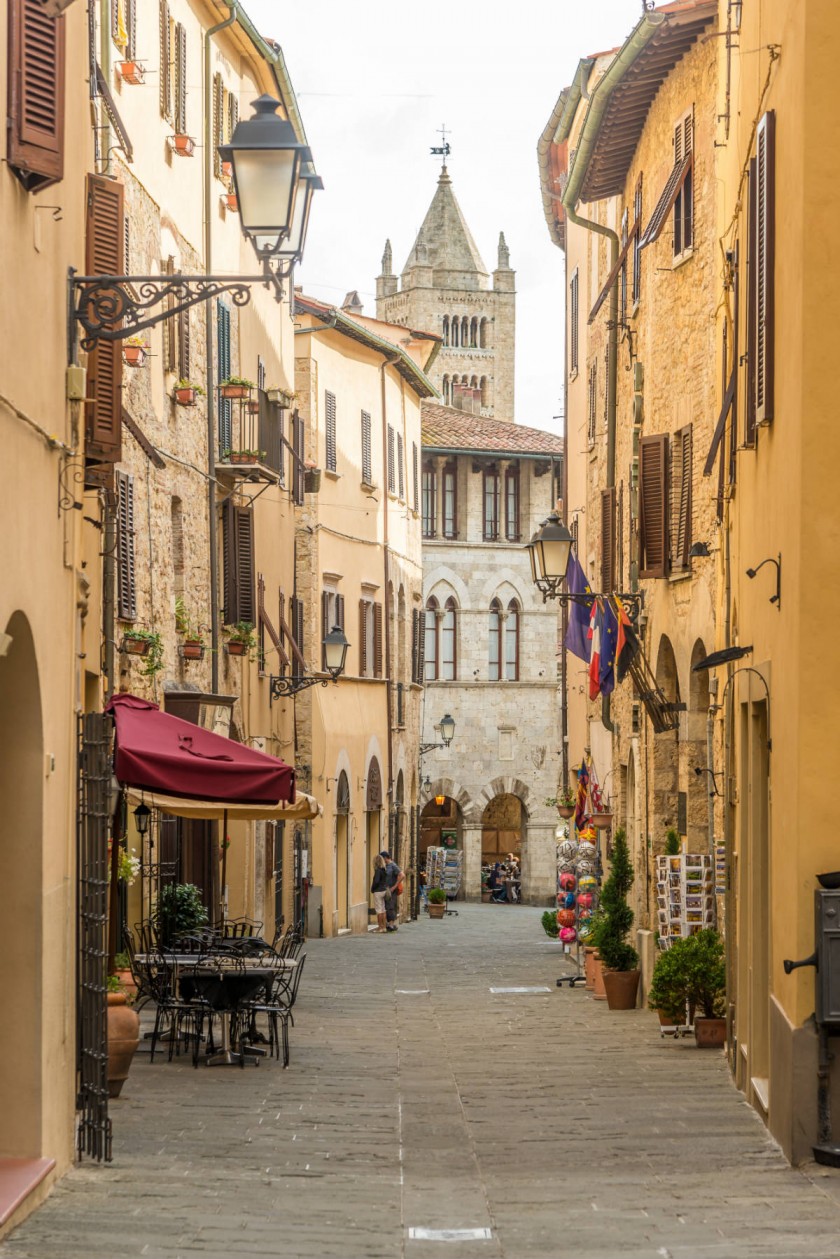 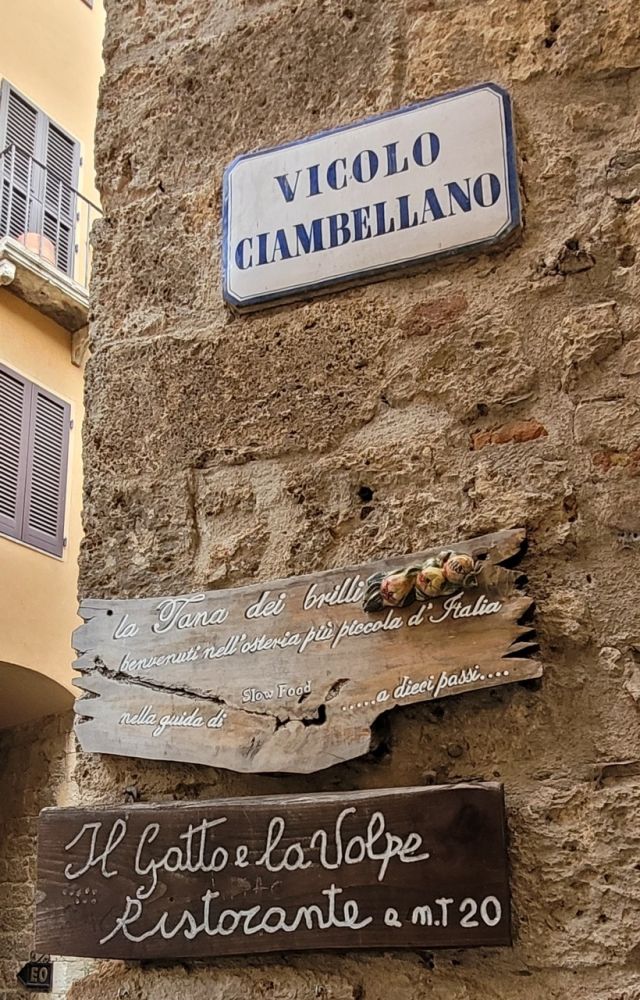 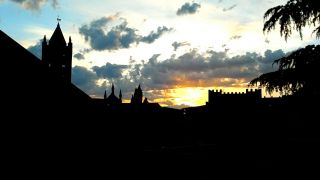 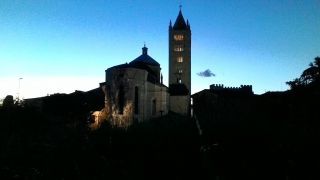 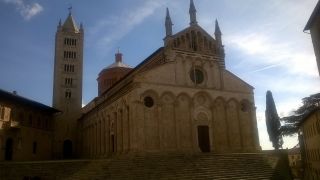 The village of Massa Marittima, in Tuscany, is situated on one of the southern extremities of Colline Metallifere of Grosseto, that dominate the left shore of the river Pecora. The western and southern parts of its territory slopes down towards the Maremmana plain, while in the south-eastern part there is the Lago dell'Accesa, of karst origin. The territory around Massa Marittima was inhabited in prehistoric and protohistoric times.

Etruscan settlements were found instead in the area of the Lago dell'Accesa, dating back a long period of time that goes from the IX to the V century B.C. The century which ratified the beginning of the final flowering of the city was the XI century, when the gradual transfer of the episcopal see of Populonia to Massa Marittima occurred. Initially loaned to Pisa (1216), the city experienced the height of its splendour during the years in which it was a free commune (1255-1337), experiencing a great urban expansion thanks to the construction of great value buildings still visible today. From 1 May 1317 for at least a year the city also mint its own coin, the Grosso of 20 dinars and the Denaro piccolo, and there is news of the these currencies movement until the end of 1319.

The Cathedral of San Cerbone, dating back to the middle of the XII century, is the main religious building of the Colline Metallifere, site of the historical diocese heir of Populonia that from Massa Marittima extends up to Piombino and the Elba island. It represents one of the most important monuments of romanesque architecture of the Maremma and Tuscany. The Castle of Monteregio instead, built by the Aldobrandeschi family in the IX century, was the first building of the old town centre of Massa Marittima.

The Balestro del Girifalco is an historic event of high cultural importance which takes place twice a year in piazza Garibaldi, the fourth Sunday of May and the second Sunday of August, and dates back to the period in which Massa was a free municipality: the first testimonies of this practice are of the XIV century. This is a crossbow competition in which twenty-four shooters face each other, eight for each of the ancient terzieri: Cittanuova (white and red), Cittavecchia (black and white) and Borgo (yellow and blue).

Massa Marittima has within its municipal territory a great number of museum complexes, such as the Ancient Carpenter's shop, The Old Mill and the Museum of the Mine. You should also visit the Accesa Archaeological Park. At the lake, in the locality of La Pesta, were found the remains of an ancient Etruscan settlement divided into five districts, each of them consisting of a residential area and a necropolis.

On a hill at about twenty kilometers from the sea, lies the small town of Massa Marittima in a territory whose history is tied to the mines of the Colline Metallifere, exploited since prehistory. Over the centuries the town has always based its economy on the richness of its deposits, until the slow decline of the the mining activity in the Seventies of the last century. Today the memory is preserved at the Museo delle Mine, that provides a faithful reconstruction of the mining environment. Massa Marittima has an artistic and cultural heritage, which had sprung up in a particular way between the XIII and XIV century, period of maximum splendour of the town. The beautiful cathedral dedicated to Saint Cerbone overlooks on piazza Garibaldi, one of the most significant examples of Romanic and Gothic art in Italy. Still to this day large stretches of the city walls are well preserved, like almost all of the numerous doors. Very evocative are the paths, one along the outside of the walls of Cittavecchia, and the other between the gate of San Francesco and the one of the Convento delle Clarisse in Cittanuova. Today Massa looks at the future, but it has not lost memory of its past. To Garibaldi, which it is said to have been helped by some young massetani to reach Cala Martina, is dedicated a monument in the Parco della Rimembranza. And, twice a year, an impressive historical procession with over 150 partecipants crowds the streets, during the folkloric manifestation of the Balestro del Girifalco.

Via della Rocca, 7, Suvereto (Livorno)
17.19 Kilometers from Massa Marittima
Parish Church of San Giusto
The Church, remembered since 923, is wedged between the walls and the main access door to the vil...

Via Arenile, 3, Castiglione della Pescaia (Grosseto)
32.25 Kilometers from Massa Marittima
The Garden of the historic center
in the village of Montemerano, two steps away from the Thermal Baths of Saturnia and from those o...

Località Poggio Bertino, 18, Montemerano, Manciano (Grosseto)
68.06 Kilometers from Massa Marittima
Vecchia Osteria Cacio e Vino
Every dish is matched to a particular wine. You can taste delicious local dishes in a friendly at...

Via del Bivio, 16 - 58014, Manciano (Grosseto)
68.53 Kilometers from Massa Marittima
Trattoria Verdiana
It is a place of simple elegance, where, in winter, you can eat in front of the fireplace and in ...

Via della cava, 24, Massa Marittima
Podere La Pace
A farm located in Massa Marittima, specializing in the production of organic wines from internati...

The Crossbow of Girifalco

Our news about Massa Marittima

omics, video games and cosplay fairs in the villages in 2020 and 2021
Places with ancient stories, highly fascinating and full of suggestions, the villages, which by right have a special place in our souls as travelers-dreamers. Thinking about a village first sets our imagination in motion and transports us to fairytale, almost magical settings. The same goes for the world of comics, gaming and cosplay. Ways to immerse yourself in alternative realities, fantastic worlds in which to play roles, ready to experience exceptional adventures. But the gatherings for fans of these genres are not only of relevance t...
Continue
Unique Tuscan villages to Love - Download a free travel guide to the 51 certified Tuscan villages
It has recently been made available a free travel guide by Toscana Promozione Turistica, in Italian and English, about 51 Tuscan villages certified in the Borghi più Belli D'Italia, Paesi Bandiera Arancione, Mibact's Gioielli d'Italia and UNESCO World Heritage Sites. The volume, edited by Claudio Bacillieri, director in chief for Borghi Magazine, accompany th...
Continue