Share
Renaissance village, Sovana retains the appearance of the classic medieval village. Not surprisingly, at the entrance of the village there are the ruins of the imposing Rocca Aldobrandesca, dating back to the 11th century. What fascinates visitors is the landscape, the food, the wine and the Città del Tufo Archaeological Park, ready to leave you speechless. 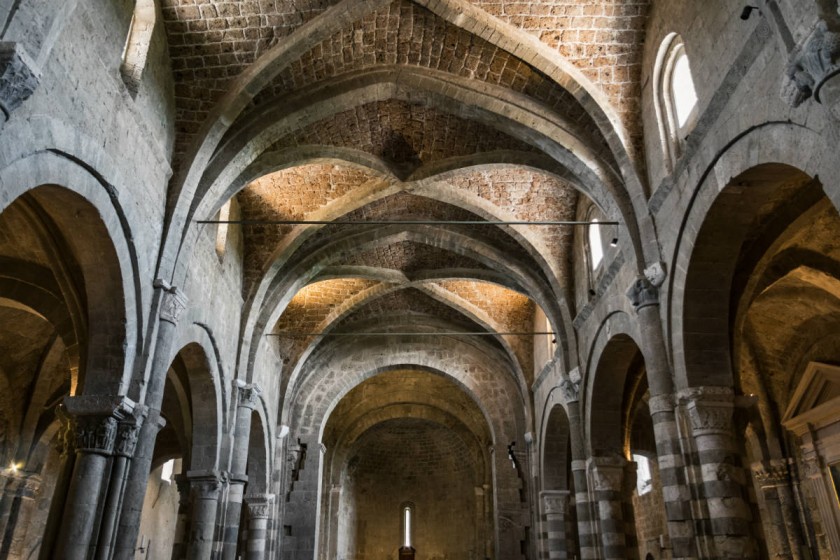 The Duomo of Sovana 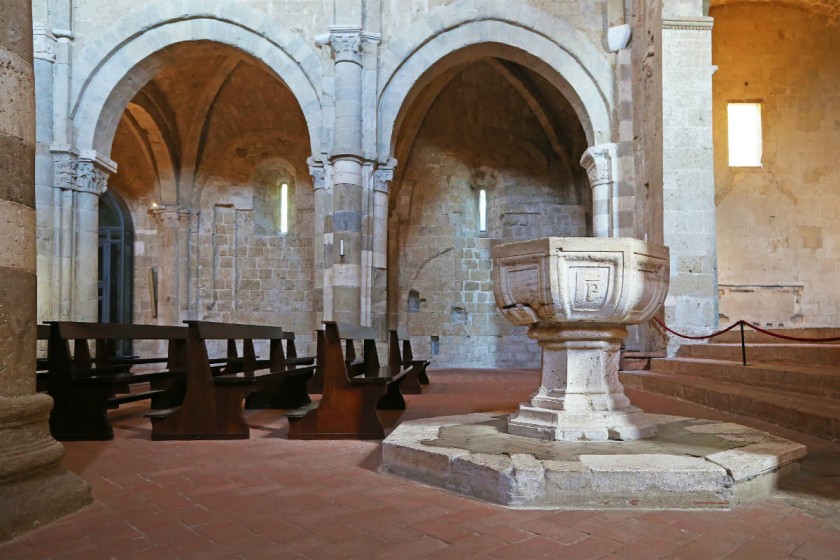 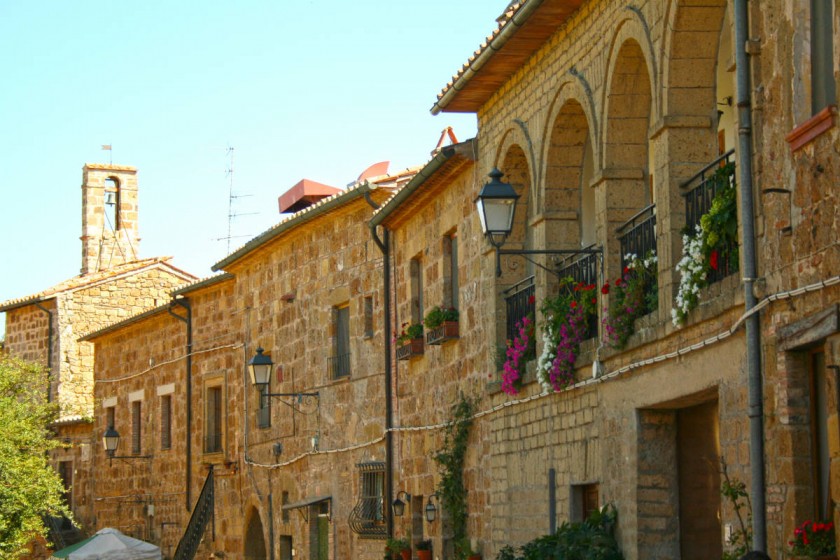 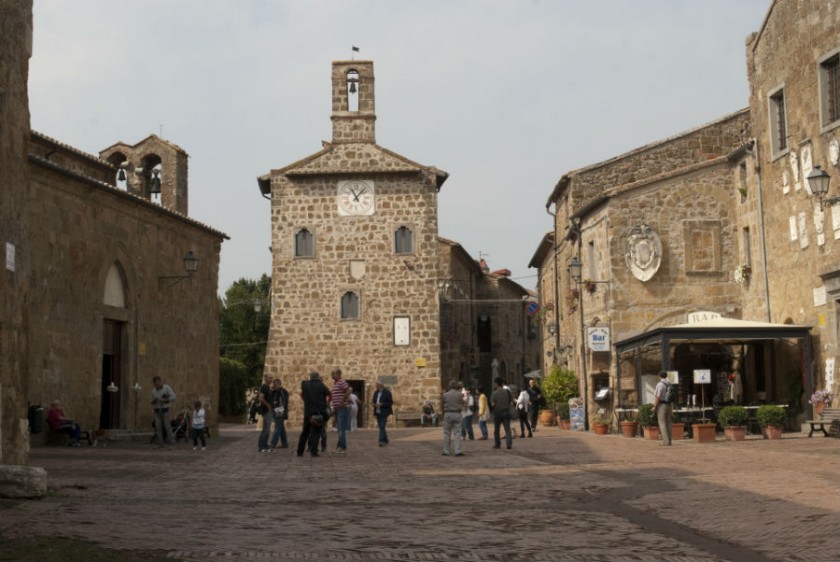 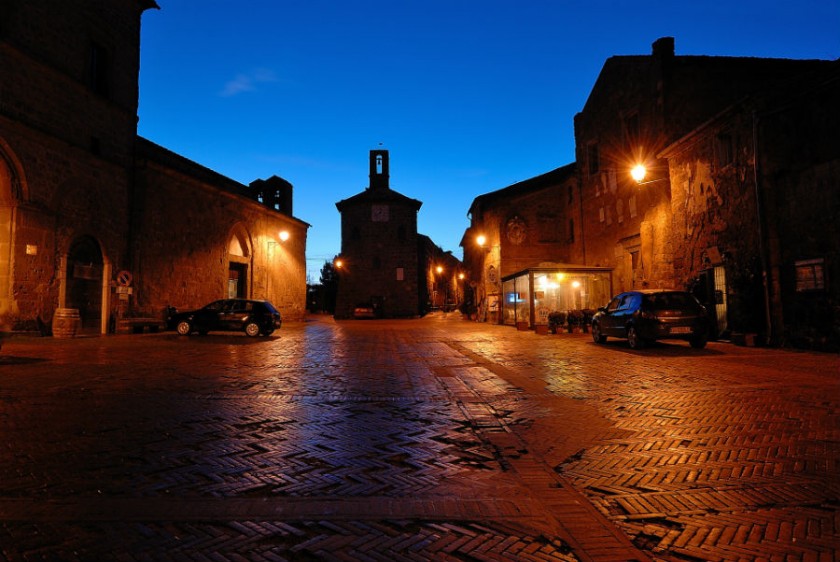 Important Etruscan center, medieval and renaissance, Sovana rises on a Poggetto that bears his name, a small valley which develops between the hills of the Albegna and Fiora, in the heart of the Tuff area on the left bank of the river Fiora. The territory is affected by the presence of numerous water courses with a torrential regime. The village counts a little more than a hundred inhabitants.

Suana was an Etruscan center, that the conquest of Vulci onwards (280 a.C.) underwent a gradual process of Romanization, culminated with the creation of the town hall with the granting of the roman citizenship to the italic. In the V century is already documented as a bishopric. The current historical center developed in the course of the Middle Ages in the vicinity of the preexisting etruscan necropolis, under the control of the Aldobrandeschi family, who built a castle around the year one thousand. In the medieval era also became a free commune and gave birth to Hildebrand of Sovana, who later became Pope Gregory VII;[3] was also the capital of the homonymous County. At the end of the thirteenth century was inherited by the Orsini following the same destiny of Sorano and Pitigliano until the fifteenth century, the period in which the center was conquered by Siena. In the middle of the XVI century the definitive fall of the Republic of Siena brought Sovana in the hands of the Medici who inglobarono in the Grand Duchy of Tuscany. The doctors tried to repopulate the village, in a state of decay after the plague epidemics, with settlers coming from Greece: the attempt was useless, in 1702 are surveyed to Sovana only twenty-four persons.

The Palace of the archive, located in the central Piazza del Pretorio, which takes its name from the homonymous (and coeval) Palace, dating back to the XII century and was home of giusdicente after 1411. In 1676 is already attested as seat of the archive of the Community. On the facade is placed a clock. The walls of Sovana are attributable to three different historical periods. The first to realize a walls to defend the village were Etruscans, starting from the VII century B.C.; thereafter, between the XI and the XII century, were constructed the medieval walls, works of the Aldobrandeschi, in tuff; finally, in the course of the XV and XVI century, were raised the Renaissance walls, the work of the sienese and subsequently renovated by doctors. The Rocca Aldobrandesca, sort on existing structures of the Etruscan age around the year thousand as seat and symbol of the power of the Aldobrandeschi family, remained abandoned toward the end of the XIII century, to then be restored in the course of the XV century by the Sienese. With the annexation to the Grand Duchy of Tuscany in the 16th century, Cosimo I de' Medici commissioned some renovation work that does not, however, prevented the subsequent abandonment and the consequent degradation of the structure. Clearly visible today are the monumental ruins of the fortress.

Sovana is an interesting center of culture as a place of museums and archeological paths in the nearby Etruscan areas. At the historic center is situated the Polo Museale of Sovana, set up inside the church of San Mamiliano, with exposure of the so-called "treasure trove of Sovana", and inside the Palazzo Pretorio with the info-point. The village is also one of the seats of the Archaeological Park City of tuff which includes inside the ancient necropolis, divided mainly into two sectors: the first includes the via cava of Cavone, Poggio Felceto, Poggio Prisca and Poggio settled, to the north of the Fosso Calesine and along the torrent Picciolana; the second includes the via cava di San Sebastiano, the necropolis of Sopraripa and the monumental tomb of the Siren, south of the Fosso Calesine and along the torrent Folonia.

Sovana within its walls has not handed down large palaces, friezes or ornaments, but small, old and humble houses whose origin is in the XII and XIII century, and that perhaps as in no other place make us feel into the Middle Ages. Even if it is hard to say whether Etruscan or medieval memories hold sway in little Sovana. If in fact the presence of the etruscans is testified mainly from the necropolis with its tombs carved into the tufa, the charm of the "strada di mezzo" that crosses the village is entirely medieval: its religious and civil buildings concentrated in so little space demonstrate the importance in feudal times of this place of few houses that once was a city, the main center of a vast county, fortified garrison, birthplace of a Pope.
Sovana is all between the fortress and the Cathedral, monuments that symbolize the political power of the Aldobrandeschi family and the spiritual development of the Church. Of the Rocca Aldobrandesca, inserted within the medieval walls, remain imposing ruins, as the Mozzo Torrione. From the door of the Rocca you enter in the central square, from where you can see the thirteenth-century Palazzetto of the archive with bell tower and the Clock Tower and the church of Santa Maria, romanesque and gothic, and with a splendid romanesque ciborium, unique in Tuscany. On the western strip of the block of tufa dominating the valley of the necropolis rises the Cathedral, casket of art treasures. In thick bush, the Tomba Ildebranda is the most impressive Etruscan funeral monument in Tuscany.

The Municipality is part of:
I Borghi più belli d'Italia
Road of Wine and Flavors Colli di Maremma

Necropolis of Sovana
The archaeological area of Sovana, in tuscany, is a very important etruscan site.
Strada Provinciale Sovana, 34, Sovana
Sovana's Town Hall
Sovana's Town Hall is located on the short side west of Pretorio Square, in Tuscany.
Piazza del Pretorio, Sovana
Palazzo Pretorio
Palazzo Pretorio is located on the north side of Pretorio Square in the village of Sovana, Tuscany.
Piazza del Pretorio, Sovana
Aldobrandesca Fortress
The Aldobrandesca Fortress of Sovana, in Tuscany, rose on existing Etruscan structures around the...
Strada Provinciale Sovana, Sovana
Synagogue of Pitigliano
the settlement of the Jewish community in Pitigliano, in Tuscany, took place after the second hal...

Via Giuditta Finetti, 1, Sorano (Grosseto)
6.31 Kilometers from Sovana
Lake Mezzano
A lake of volcanic origin, with rich aquatic vegetation and a vast birdlife

01018, Valentano (Viterbo)
11.01 Kilometers from Sovana
Governors' Palace
The Governors' Palace of Porto Ercole, on Monte Argentario, was built in the first half of the Si...

Via Casa Rossa Ximenes - 58043 , Castiglione della Pescaia (Grosseto)
62.07 Kilometers from Sovana
Orsini Fortress
The Orsini Fortress in Sorano, in Tuscany, arose as Aldobrandesca Fortress in the course of the X...

Via Giuditta Finetti, 1, Sorano (Grosseto)
6.31 Kilometers from Sovana
= distances as the crow flies

Find where to sleep in Sovana

Poderi di Montemerano - 58014, Manciano (Grosseto)
12.64 Kilometers from Sovana
The Garden of the historic center
in the village of Montemerano, two steps away from the Thermal Baths of Saturnia and from those o...

Via di Mezzo Franco, 10 Loc.Campese - 58012, Isola del Giglio (Grosseto)
70.64 Kilometers from Sovana
Tenuta Il Cicalino
Located at the foot of the medieval village of Massa Marittima, in the picturesque setting of the...

Località Cicalino, Massa Marittima (Grosseto)
78.05 Kilometers from Sovana
The Garden of the historic center
in the village of Montemerano, two steps away from the Thermal Baths of Saturnia and from those o...

Località Poggio Bertino, 18, Montemerano, Manciano (Grosseto)
11.89 Kilometers from Sovana
Trattoria Verdiana
It is a place of simple elegance, where, in winter, you can eat in front of the fireplace and in ...

SP159, località Ponticello,, Manciano (Grosseto)
13.19 Kilometers from Sovana
Vecchia Osteria Cacio e Vino
Every dish is matched to a particular wine. You can taste delicious local dishes in a friendly at...

Via del Bivio, 16 - 58014, Manciano (Grosseto)
13.31 Kilometers from Sovana
Trattoria Verdiana
It is a place of simple elegance, where, in winter, you can eat in front of the fireplace and in ...

SP159, località Ponticello,, Manciano (Grosseto)
13.19 Kilometers from Sovana
Vecchia Osteria Cacio e Vino
Every dish is matched to a particular wine. You can taste delicious local dishes in a friendly at...

Via del Bivio, 16 - 58014, Manciano (Grosseto)
13.31 Kilometers from Sovana
= distances as the crow flies
Stanghellini Oil Mill
Frantoio Stanghellini, located in Valpiana in Massa Marittima, has been a family-run business for...

Sovana is present in issue 4 of our digital magazine e-borghi travel.
Read it now!

Our news about Sovana

Pitigliano, Sorano and Sovana: the tuff villages
In the center of Italy there are beautiful villages that fall within the area of the Archaeological Park of Tufo, a very large and interesting area that includes Pitigliano, Sorano and Sovana. The whole area is characterized by some Cavoni, like canyons that stand out for the tuff walls, from which it takes its name. In this area you can also see many Etruscan necropolis remained partially identical and literally dug and carved into the tuff. ...
Continue
Montebelli Agriturismo and Country Hotel of Caldana, elixir of Maremma, nature and villages
Magliano in Toscana, Montemerano, Santa Fiora. And then Scansano, Sorano, Sovana, all villages in the province of Grosseto, each with a story to tell, a contribution of beauty and history to Italy. To discover a starting point there must be and an address to be scored is Montebelli Agriturismo & Country Hotel in Caldana, in the province of Grosseto and in the intriguing Maremma. A structure in which to wake up with...
Continue
Unique Tuscan villages to Love - Download a free travel guide to the 51 certified Tuscan villages
It has recently been made available a free travel guide by Toscana Promozione Turistica, in Italian and English, about 51 Tuscan villages certified in the Borghi più Belli D'Italia, Paesi Bandiera Arancione, Mibact's Gioielli d'Italia and UNESCO World Heritage Sites. The volume, edited by Claudio Bacillieri, director in chief for Borghi Magazine, accompany th...
Continue