Share
A popular destination for tourists on holiday on the Gargano, Peschici still retains the influence of its Moorish origin, with caves carved into the rock and ancient white houses with a domed roof. Its historic center is kept within medieval walls, today partly destroyed and partly incorporated by houses, still visible along the staircase on the right of the church of Sant’Elia.

A look at Peschici 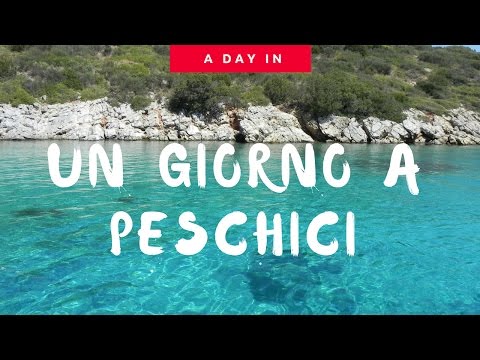 Peschici, an evocative fishing village which is part of the Gargano National Park, is a popular destination for tourists on holiday in the Gargano.

The origins of the city date back to the year 1000, after the gift that the emperor Otto I gave the troops of Slavic mercenary soldiers, or the field of San Vito del Gargano, where today there are Peschici and Vico del Gargano.

Peschici is still a popular destination for tourists on holiday in the Gargano, as it still has the influence of its Moorish origin, with caves carved into the rock and ancient white houses with domed roofs. Its historic center is guarded within medieval walls, now partly destroyed and partly incorporated by dwellings, still visible along the staircase to the right of the church of Sant’Elia.

The access to the ancient area of the village is characterised by the presence of an arch and a sighting tower of the Angevin-Aragonese period, which the inhabitants call "Porta del Ponte", because it originally had purely defensive-military purposes and, like for other medieval villages, it was opened at sunrise and closed at sunset, leaving out the unwary inhabitants who had not returned in time.

In Peschici it is worth to visit: the Castle, built in 970 A.C., located on the highest rocky spur, towards the sea; the Church of Sant’Elia Profeta, built with large blocks of marble stones from the quarries in the area; the Church of the Purgatory, which is in Piazza del Popolo; the Abbey of Calena, at the foot of the town.

The authentic village is surrounded by numerous beaches and the Bay of Manaccora is one of the most beautiful .It is located on the extreme tip of the coast with a splendid beach of fine sand. The Baia di Peschici instead is known for its white sand, framed by large rocks, which make the beach quiet and ideal for children.

In Peschici boat excursions are organized from the port to visit the sea caves of the coast and ferry trips to the Tremiti Islands, about 10 miles from the Gargano coast.

Along the coast from Peschici to Vieste, in addition to the ancient watch towers, you can admire the famous trabucchi, or ancient fishing machines of the Gargano, Abruzzo and Molise coasts, made with poles driven into the rocks and ropes that hold a large net lowered into water, called "trabocchetto", with which the fish is caught.

Via Lenoci, 10, Rodi Garganico (Foggia)
11.23 Kilometers from Peschici
Saint Michael Archangel Cave
This cave is one of the most important places of pilgrimage in the region of Gargano, Apulia.

Cagnano Varano, SS693 - 71010, Cagnano Varano (Foggia)
23.13 Kilometers from Peschici
Castle of Vieste
The castle, that dominates with its imposing the medieval district is traced back to the second h...

Via Roma, Faeto (Foggia)
99.03 Kilometers from Peschici
Concattedrale di Santa Maria Assunta
In the heart of the historic center of Bovino stands sober and imposing the Cathedral.

Piazza Duomo, 6, Bovino (Foggia)
95.49 Kilometers from Peschici
Prior's Tower
The Palace and the Tower of the Grand Prior of Alberona, in Puglia, dates back to the XII century.

Piazza Civetta, 11, Alberona (Foggia)
93.59 Kilometers from Peschici
Avalos Palace, the Civic Museum and the ghost of the Marquis
Seat of the Municipal House, Avalos Palace was built in the XVI century and enlarged in 1643 by F...

Via Monte Girone, 23/25, Bovino (Foggia)
95.52 Kilometers from Peschici
Cantina Il Trappeto
The surrounding area is the basic ingredient of the genuine dishes of the Casentino and Tuscan tr...

Via Marie Petit Pierre, 1/7, Faeto (Foggia)
99.14 Kilometers from Peschici
Punto & Pasta
In the village centre there is this pastry shop-bakery that produces orecchiette, cavatelli, home...

Peschici is present in issue 3 of our digital magazine e-borghi travel.
Read it now!

The Gargano Park, the triumph of biodiversity