Share
Considered one of the pearls of Lake Como, Tremezzina is one of the largest and most charming municipalities in the area. Rich in history, art and culture, it also offers some of the most evocative panoramic scenery in the centre of the lake. 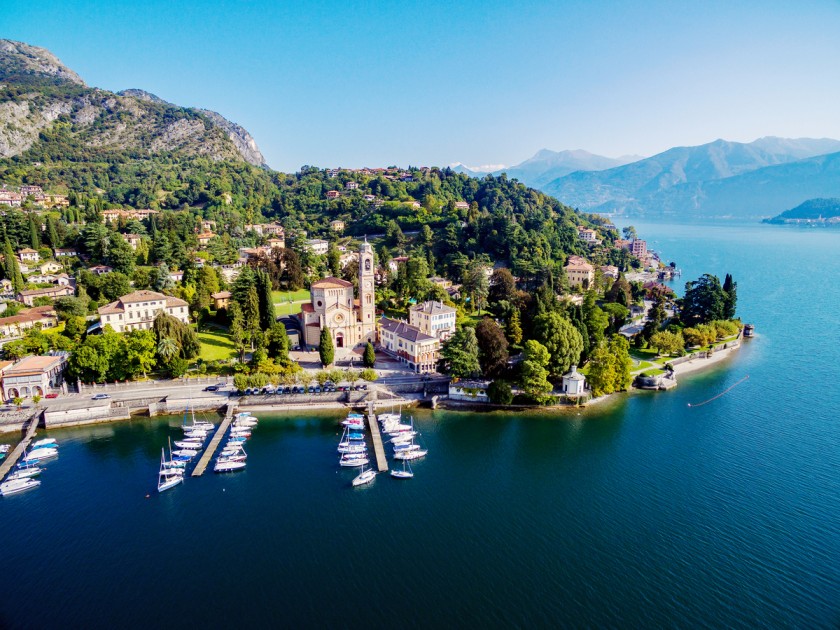 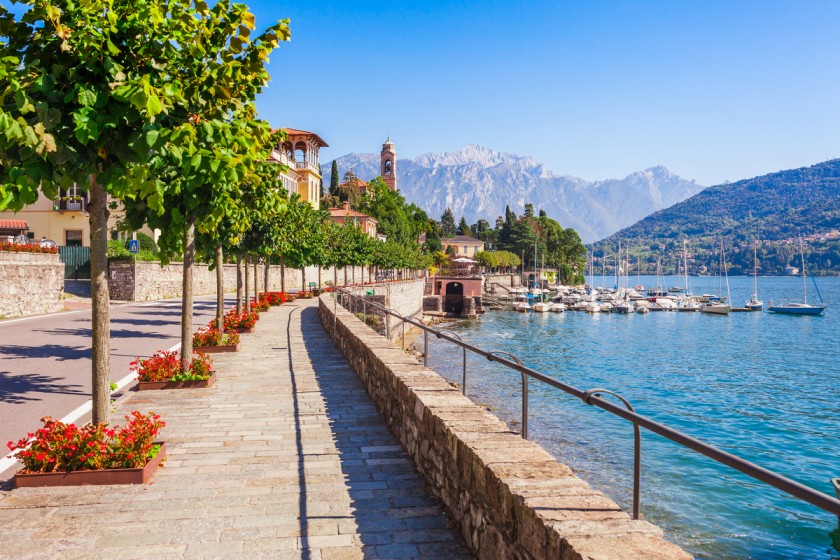 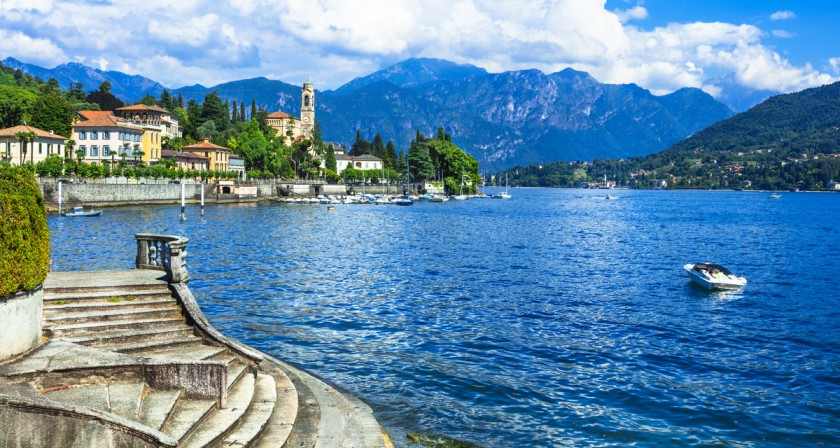 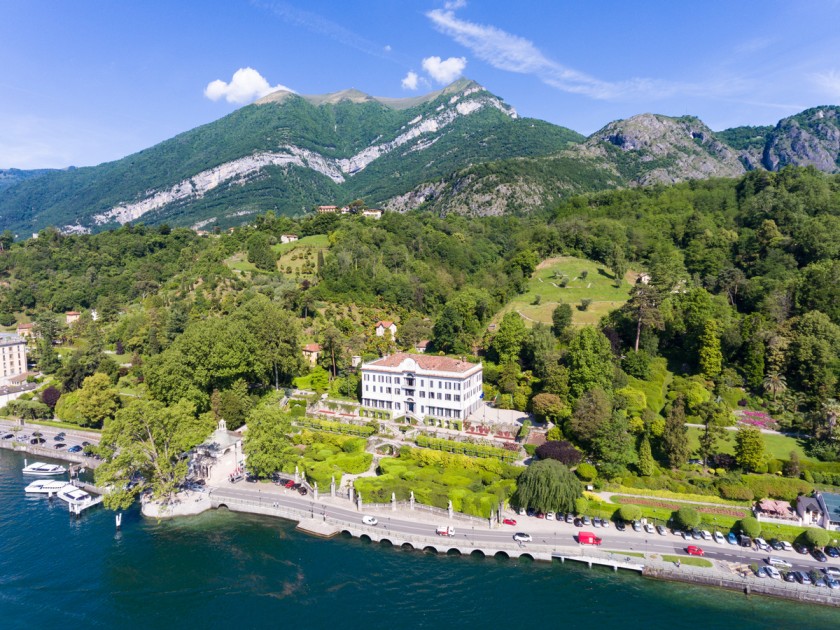 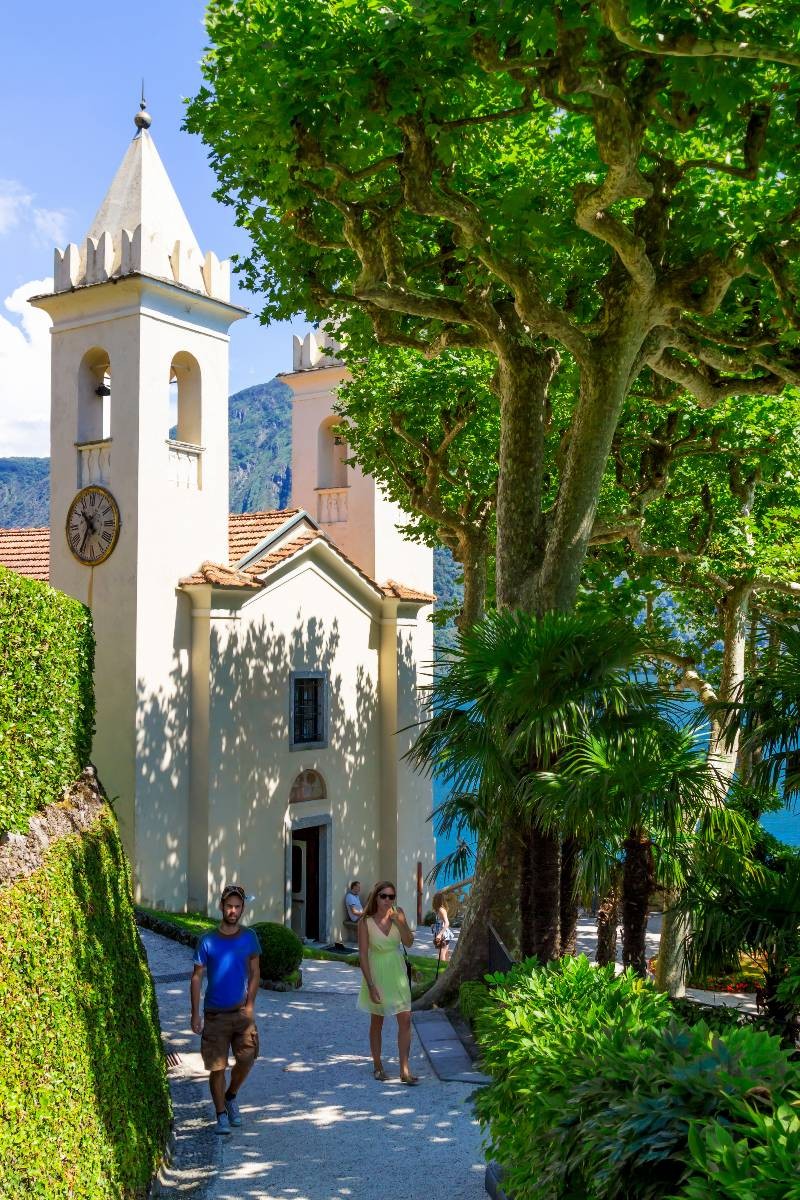 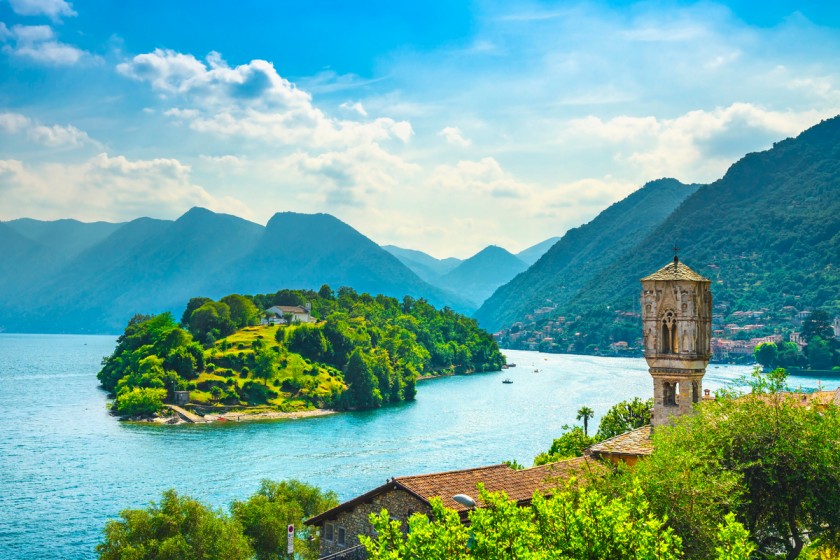 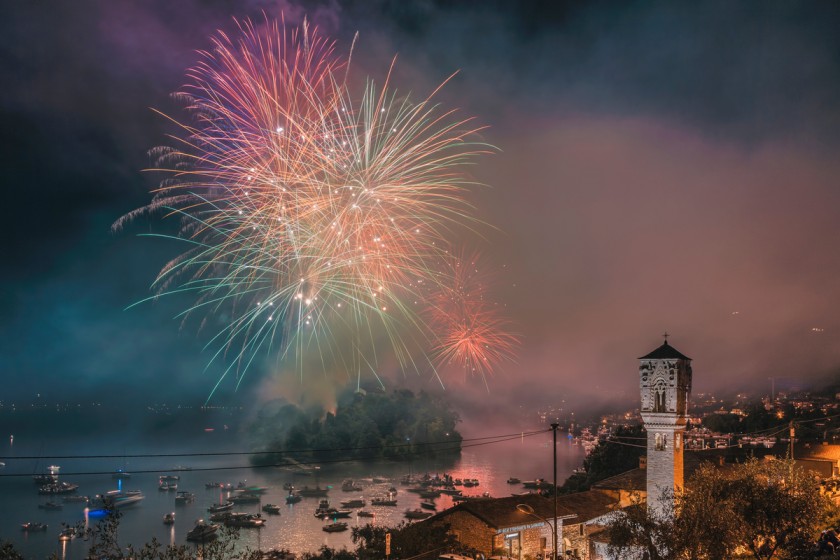 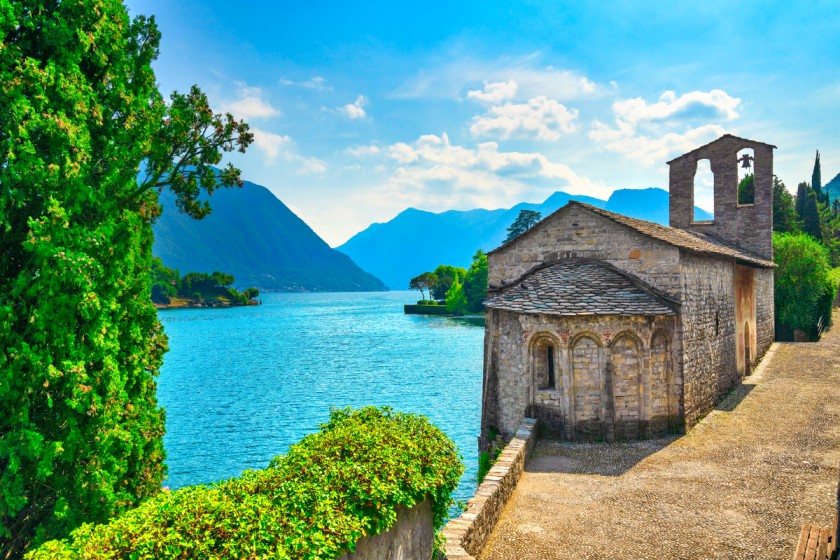 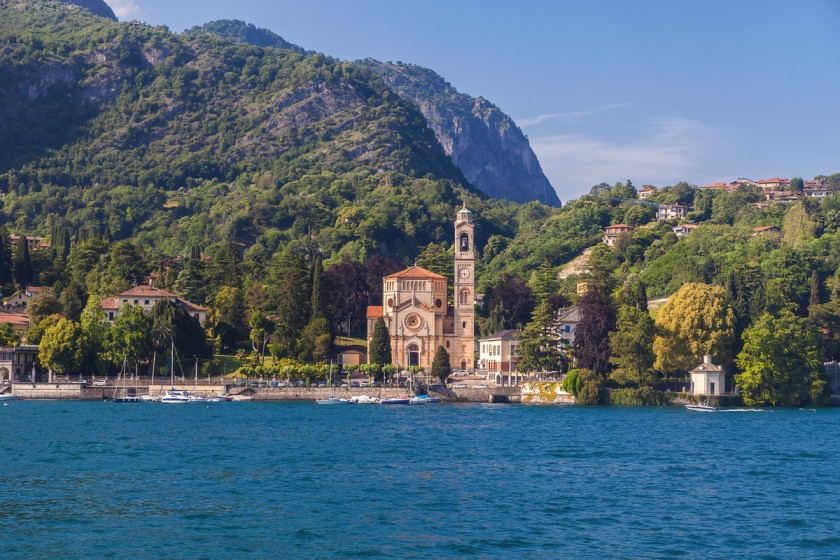 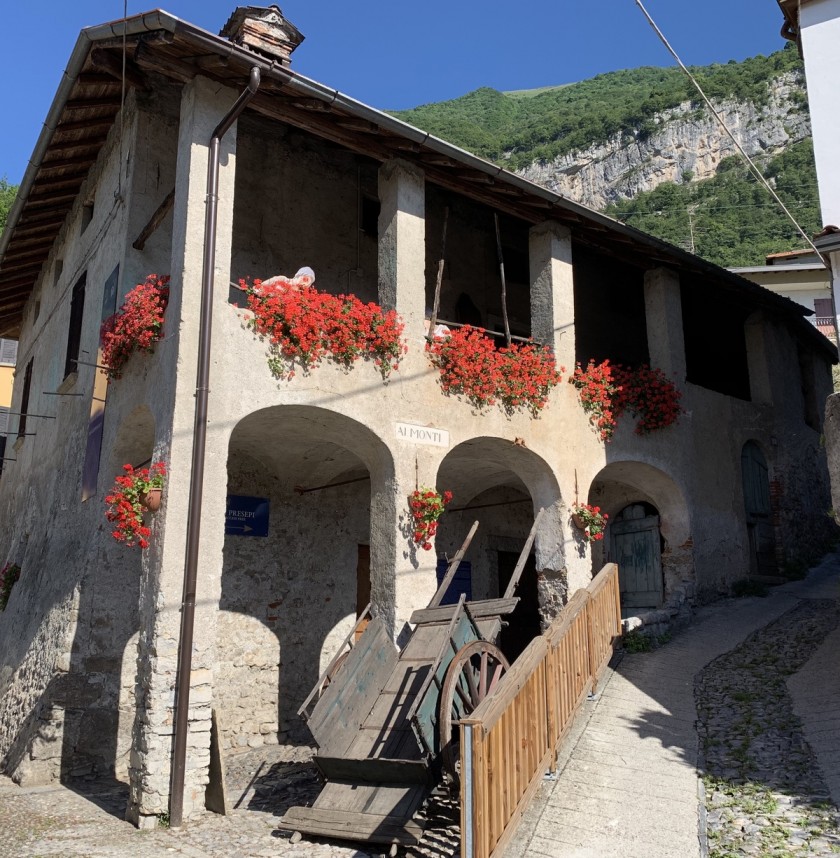 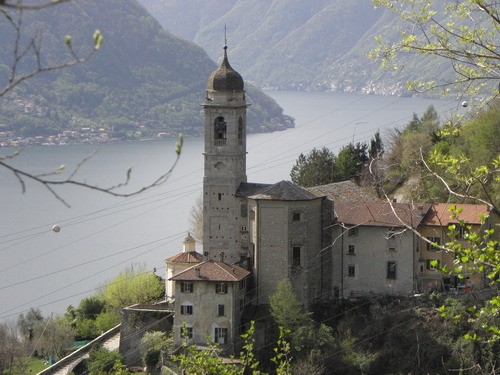 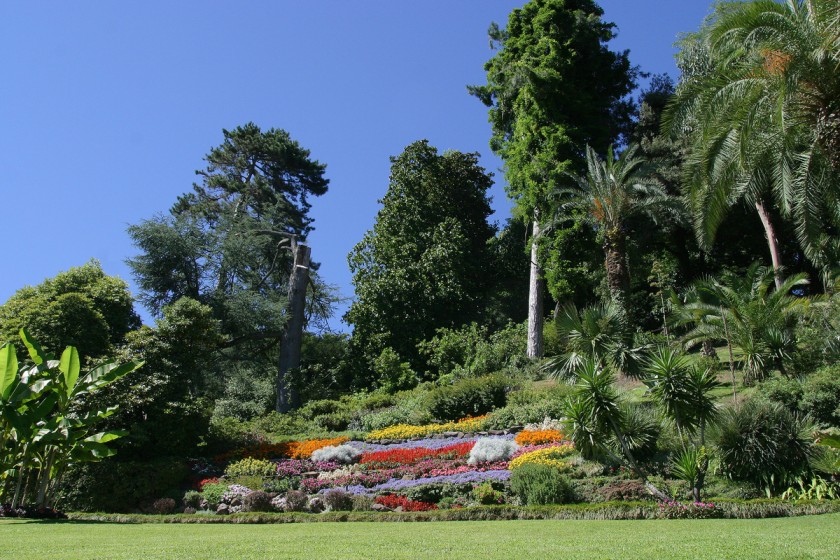 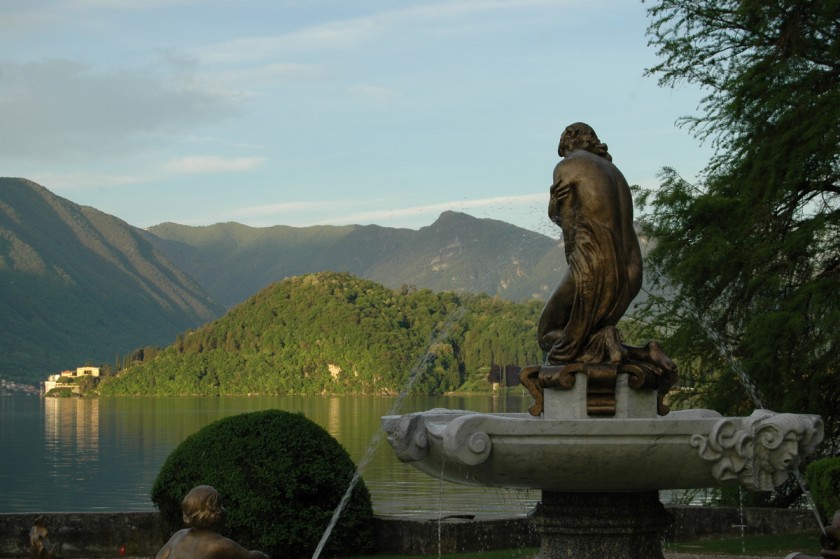 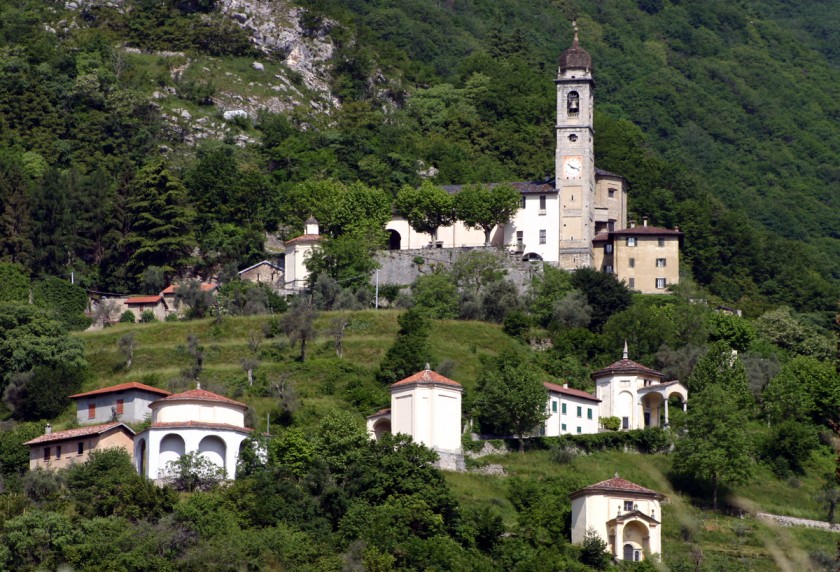 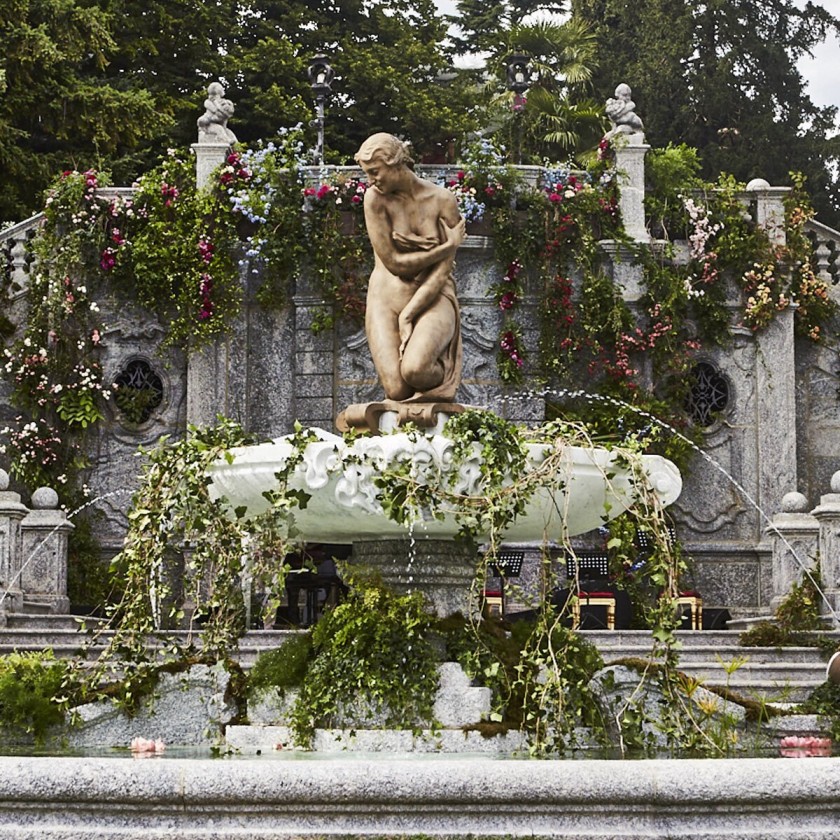 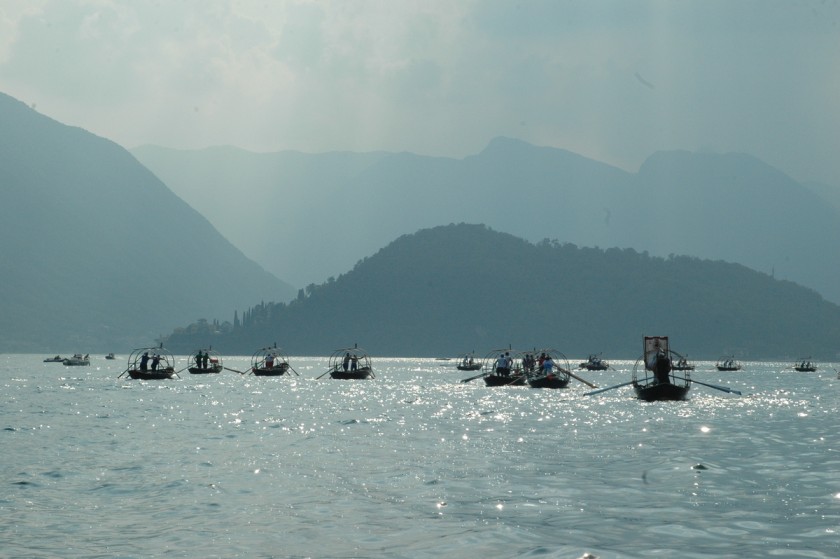 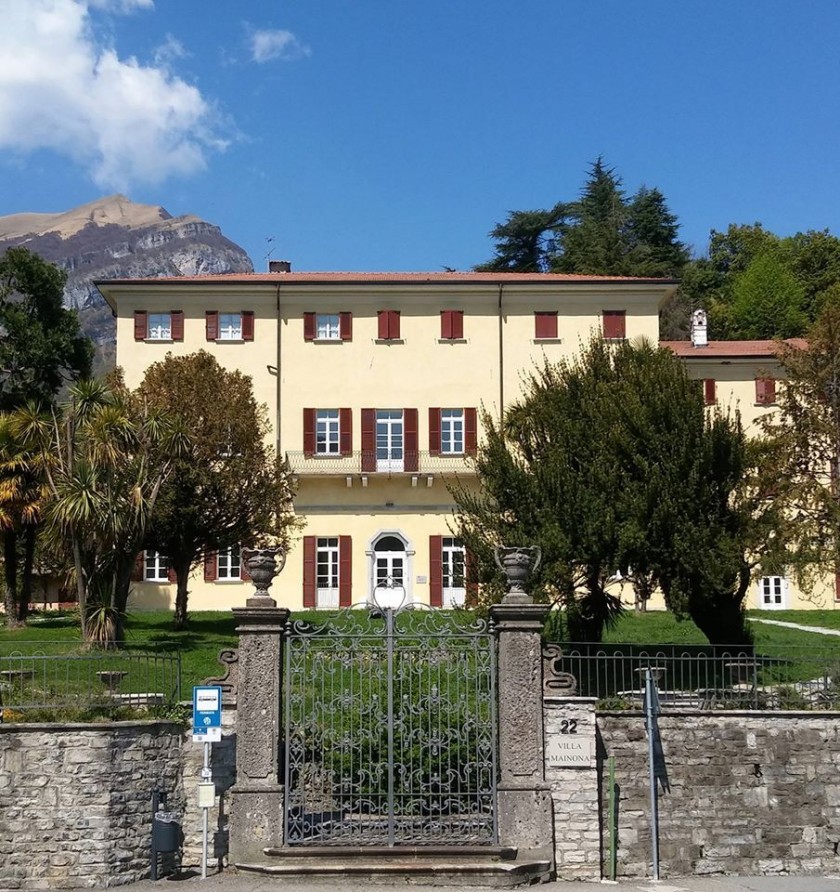 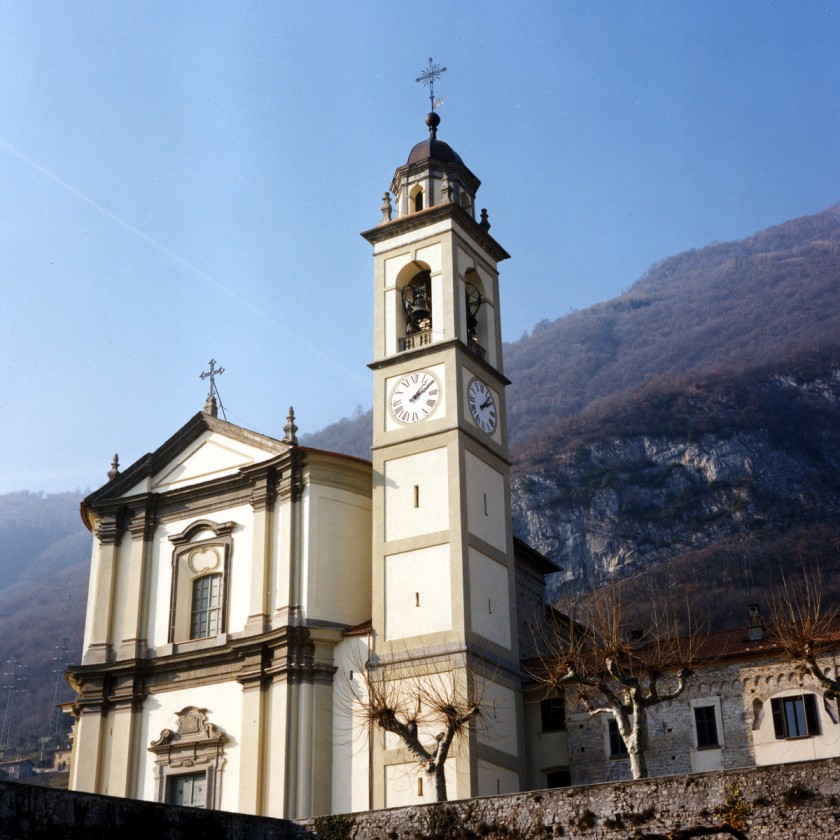 The municipality includes the villages of Ossuccio, Lenno, Mezzegra and Tremezzo. Tremezzo, also known as the "Borgo dei Giardini", is located right in the middle of the coast of Lake Como and the origin of its name comes from the fact that it is "terra di mezzo". Elegant but characteristic, it is included in the list of the most beautiful villages in Italy. The village owes its popularity not only to its beauty, but also to the 1932 film "Grand Hotel" starring Greta Garbo.

The origins of the village
The first known document referring to the village dates back to 880 AD when it was called Curte Tremecia (the current name dates back to a couple of centuries later). It was part of the defensive system of the Isola Comacina, an ally of Milan, and was razed to the ground in 1169 by the Comaschi. After a series of ups and downs, Tremezzo saw its heyday in the 17th century, when prestigious villas and buildings were built to make it a renowned resort for both the nobility and the bourgeoisie, and not only in Italy. In fact, many foreigners, especially Austrians, French and Dutch, loved to spend the summer on Lake Como to live in an oasis of peace and serenity surrounded by nature.

What to see
If Tremezzo has become one of the most beautiful villages in Italy, it is because of a number of peculiarities that make it unique in terms of landscape, art and architecture.
There are some remarkable buildings worth visiting, among which stands out the 17th century Villa Carlotta, built at the behest of Marquis Clerici. It is an imposing building framed by a splendid Italian garden of which every smallest detail can be appreciated. In the nineteenth century, the building was further embellished with many works of art, including sculptures by Canova and works by Thorvaldsen and Hayez.
Villa Amila, built in the early 1930s by architect Pietro Lingeri, is inspired by the naval and rationalist architecture in vogue at the time.
Also not to be missed is the Parish Church of San Lorenzo, dating back to the late 18th century but completed only a century later. Due to the fact that it has been remodelled several times over the years, the building presents considerable changes from those previously designed. However, the neo-Gothic and neo-Romanesque styles stand out in particular.

What to do
It should be considered that, precisely because of its location in nature, Tremezzo is particularly popular with hiking enthusiasts: Trekking, running, Nordic Walking, Mountain Bike are the main activities to practice.
You can also start with a long walk of about ten kilometres that allows you to get to know a nature trail that passes through various hamlets and municipalities where you can stop for appropriate sightseeing.

What to eat
The gastronomic specialities of the town can be traced back to what is appreciated in its territory. Starting from a tasty polenta prepared with buckwheat and corn flour, continuing with vegetable soups of different types, dairy products and obviously freshwater fish.
Traditionally, the main dish is risotto with perch, which is served in fillets browned in butter and seasoned with wild sage.
Polenta uncia is another local speciality and is a traditional polenta cooked as the classic mixed-flour polenta largely seasoned with cheese and melted butter with golden garlic.
Very popular during its season, the asparagus becomes the protagonist of Tremezzo cuisine, especially since it is grown in a hamlet (Rogaro) of Tremezzina and can be served with risotto or even boiled and accompanied by fried eggs served with Parmesan cheese and melted butter.
The main product of the village is the missoltino, known in dialect as misulten. This is agone, a fish caught right in Lake Como, which is left to dry in the open air, salted and flavoured with bay leaves. It belongs to the tradition as, in ancient times, it was prepared in summer to be eaten during winter together with the traditional polenta, which was grilled and served in slices. Nowadays, it is simply a kind of appetiser served with an aperitif.
For those with a sweet tooth, there is the paradell, a large round pancake filled with apples and served with icing sugar.
Alternatively, you can opt for miascia, an autumn delicacy consisting of bread soaked in milk and dried fruit, which is scented with clumps of fresh rosemary.

Tremezzo is part of:
Most beautiful villages in Italy

Isola Comacina
Comacina Island is the only island on Lake Como. One of the most interesting archaeological areas...
22016, Tremezzina
Villa Carlotta
Set in a breathtaking location on the shore of Lake Como, Villa Carlotta enchants tourists with i...
Via Regina, 2 - 22016, Tremezzina
Villa del Balbianello
Situated in Lenno, a hamlet of the municipality of Tremezzina, it stands in one of the most evoca...
Via Guido Monzino, 1 - 22016, Tremezzina
Sacro Monte della Beata Vergine del Soccorso
The Sanctuary of the Madonna del Soccorso, in the hamlet of Ossuccio, stands on the western shore...
Via Santuario, 22010, Tremezzina
Lake Como Landscape Museum
Located in the ancient eighteenth-century residence of Villa Mainona, in Tremezzo, the Museum hou...
Via Regina 22 - 22019, Tremezzina
House of Nativity Scenes
A small museum with a valuable collection of cribs open all year round.
Via ai Monti, 2 - 22016, Tremezzina
Greenway del Lago di Como
A route of about 10 km, suitable for everyone and all seasons, in the beautiful natural landscape...
Via Luigi Civetta - 22010, Tremezzina
Torre di Rogaro
A fortification of medieval origin located in a splendid panoramic position on Lake Como
Via IV Novembre, 21 - 22019, Tremezzina
Teresio Olivelli Civic Park
A small botanical and architectural jewel on the shore of Lake Como where you can relax
Via Statale, 47 - 22019, Tremezzina
Church of Sant'Abbondio
Located in the locality of Mezzegra, the parish stands out for its majestic appearance, conferred...
Via San Abbondio, 6 - 22016, Tremezzina
Baptistery of St John the Baptist
The Collegiate Church of Santo Stefano in the hamlet of Lenno is one of the cultural and artistic...
Via Santo Stefano, Tremezzina
La Crocetta and the defence Line Linea Cadorna
From the village Croce, 2 km above Menaggio, over an easy trail you can reach Belvedere la Crocet...

Via Lungolario Manzoni, Bellagio (Como)
10.66 Kilometers from Tremezzina
Nobiallo and the Antica Strada Regina
The village Nobiallo, 1 km north of Menaggio is crossed through by the ancient Roman road called ...

Via Regina, Menaggio (Como)
11.00 Kilometers from Tremezzina
Villa Serbelloni - Rockefeller Foundation
Built in 1400 by Marchesino Stanga, in 1788 it passed to the Dukes Serbelloni who left intact the...

Via Giuseppe Garibaldi, 8, Bellagio (Como)
11.48 Kilometers from Tremezzina
Nobiallo and the Antica Strada Regina
The village Nobiallo, 1 km north of Menaggio is crossed through by the ancient Roman road called ...

Via Annetta e Celestino Lusardi, 1, Menaggio (Como)
10.38 Kilometers from Tremezzina
Villa Serbelloni - Rockefeller Foundation
Built in 1400 by Marchesino Stanga, in 1788 it passed to the Dukes Serbelloni who left intact the...

Via Giuseppe Garibaldi, 8, Bellagio (Como)
11.48 Kilometers from Tremezzina
= distances as the crow flies

Find where to sleep in Tremezzina

Travel proposals in Tremezzina and in its territory

Our news about Tremezzina

Where to collect chestnuts in Lombardy?
Autumn has just arrived and with it the typical fruit of the season, chestnuts. A source of valuable minerals and health benefits, chestnuts have a high energy value and help restore physical strength in autumn and winter. We can collect them in the woods and away from urban pollution.Harvesting chestnuts is not only an experience that allows us to stock up on these delicious fruits, but it is also a way to spend time in the company of others,...
Continue
Video: discovering Lake Como, a journey through the 4 villages of the center of Lake Como
What to see on Lake Como? The villages of Varenna, Bellagio, Tremezzina and Menaggio are 4 jewels to be discovered among lakeside walks, villas, gardens and fascinating historic centers. They are the villages of the tourist district of central Lake Como, loved all over the world for the beauty of their places, as well as for their traditional hospitality, gastronomy, local products and shopping. For a trip out of town or a real holiday dedicat...
Continue
Video: a fantastic journey through the most beautiful villages of Lake Como
“A dive where the water is bluer ", a la Lucio Battisti. Where Lake Como draws choreographies traced by the union of its two branches, at the point where, in the center of the lake, the mountains plunge into the waters and the Lario reaches its maximum depth, 410 meters. A record for the Italian lakes, a harbinger of Guinness emotions, protagonists of the special "Larian villages, at the center of amazement": pieces of an author's mosa...
Continue
The 5 most beautiful villages of Lake Como
UPDATE JUNE 2021: watch our exclusive video on the villages of Lake Como The Como Lake is located in Lombardy and is the third largest lake in Italy. It is known for its unusual form of inverted "Y" and became famous thanks to I promessi sposi by Alessandro Manzoni, the most famous and most read historical novel among those written in Italian, which has the power to project the reader into a fantastic scenery, as recalled by this famous incip...
Continue