Share
The village of Menaggio is located on the western shore of Lake Como, at the beginning of a large valley that connects Menaggio to Lake Lugano. Thanks to its central location Menaggio is an excellent base point to discover Lake Como. The town is characterized by a central square and a splendid long lake that offers a unique panorama of the lake. The origins of the village are ancient and in its historic center there is no shortage of important artistic legacies that can be discovered through an interesting itinerary. 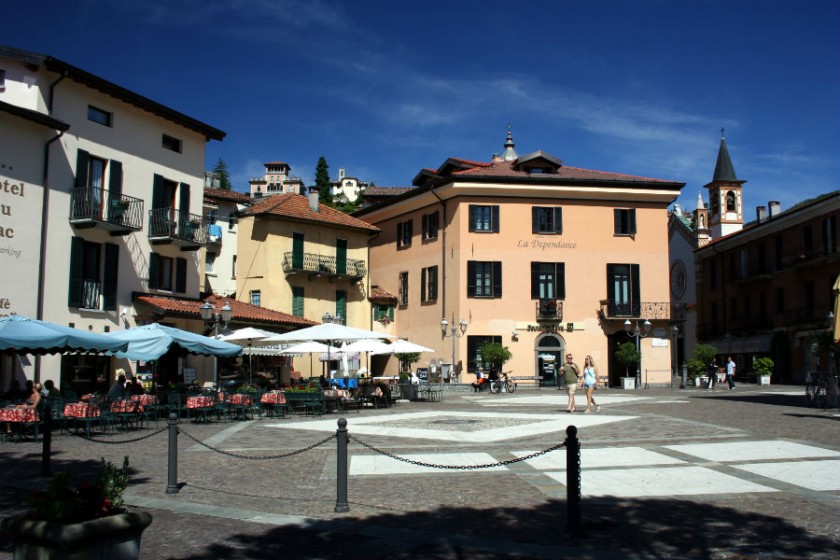 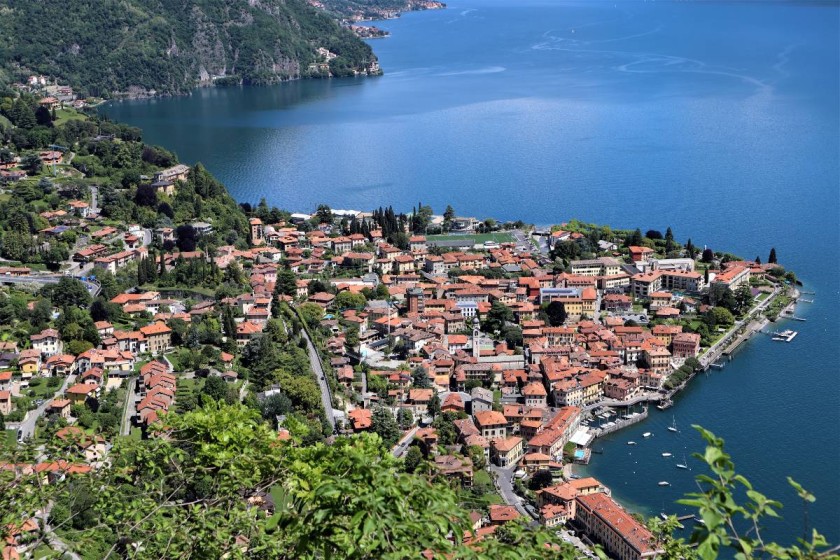 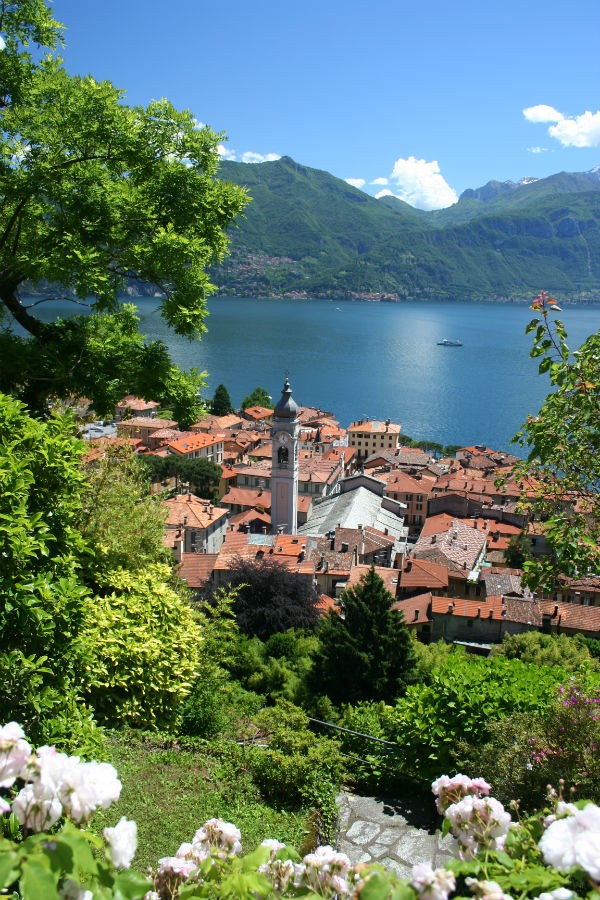 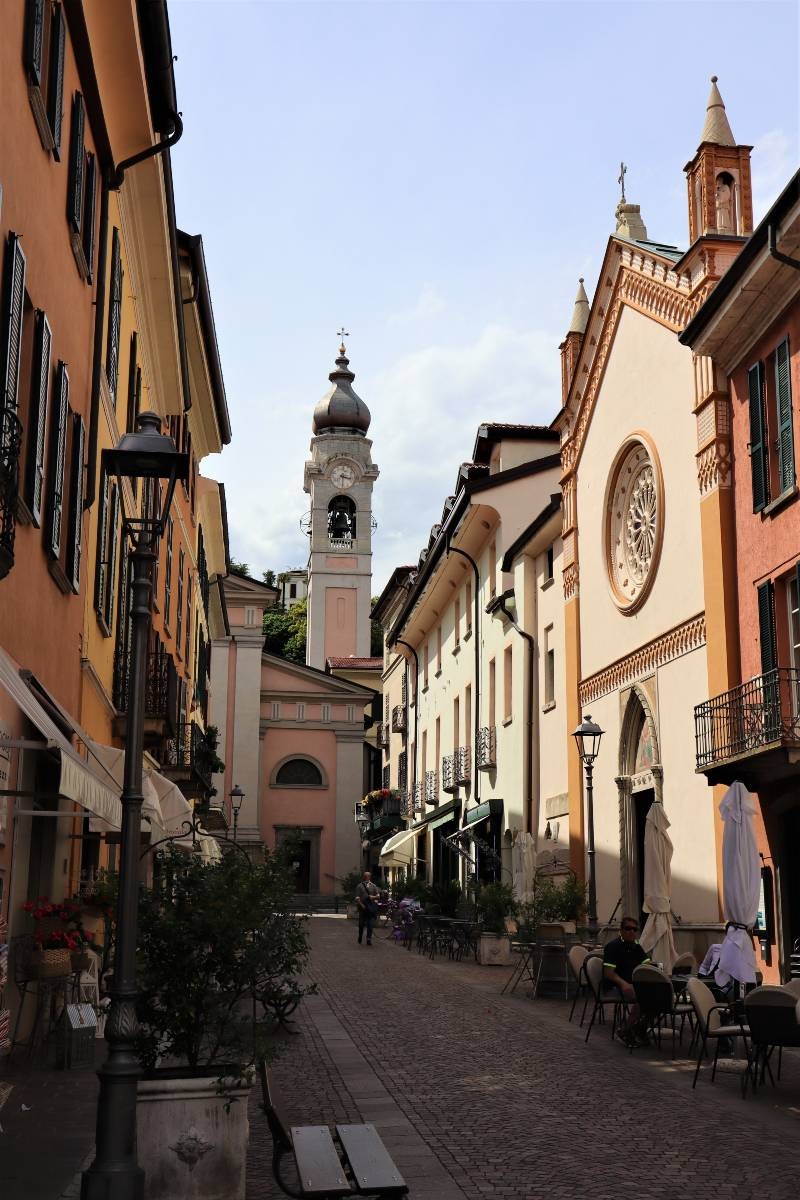 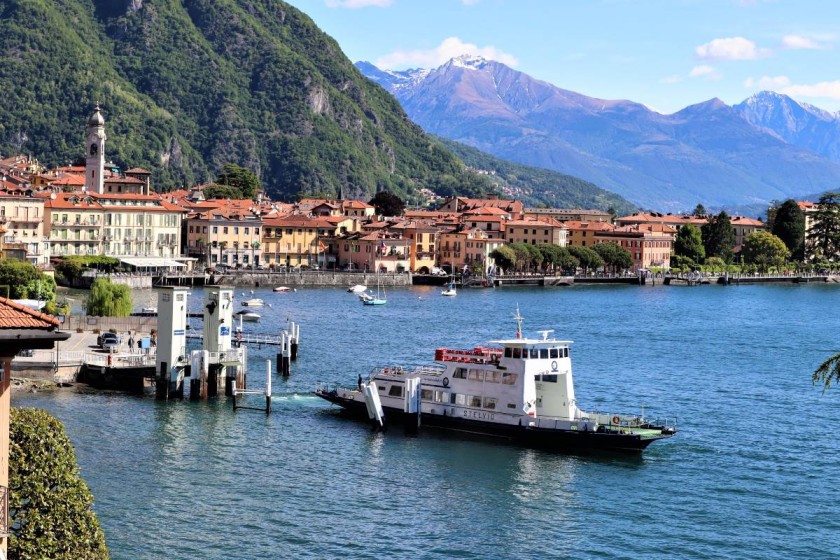 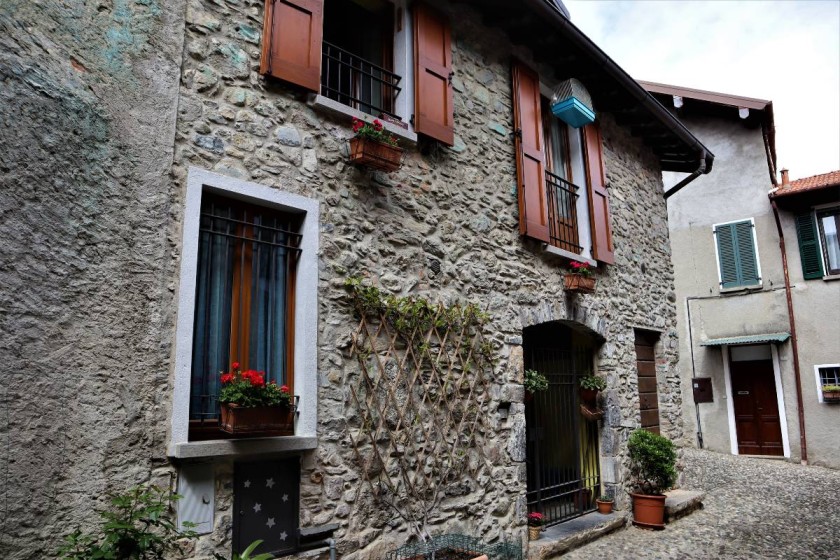 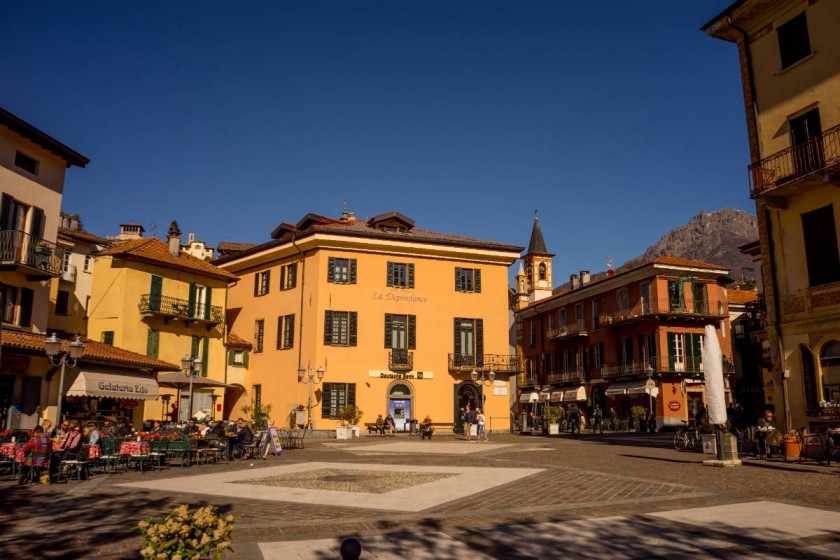 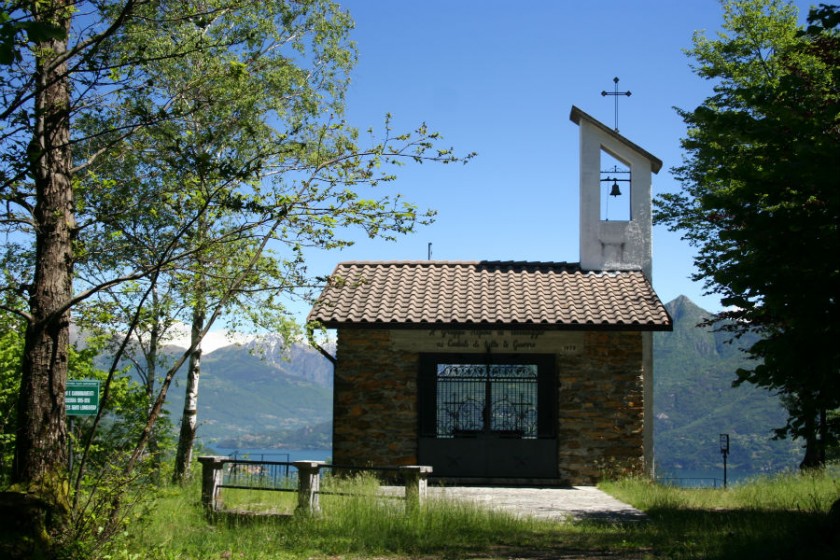 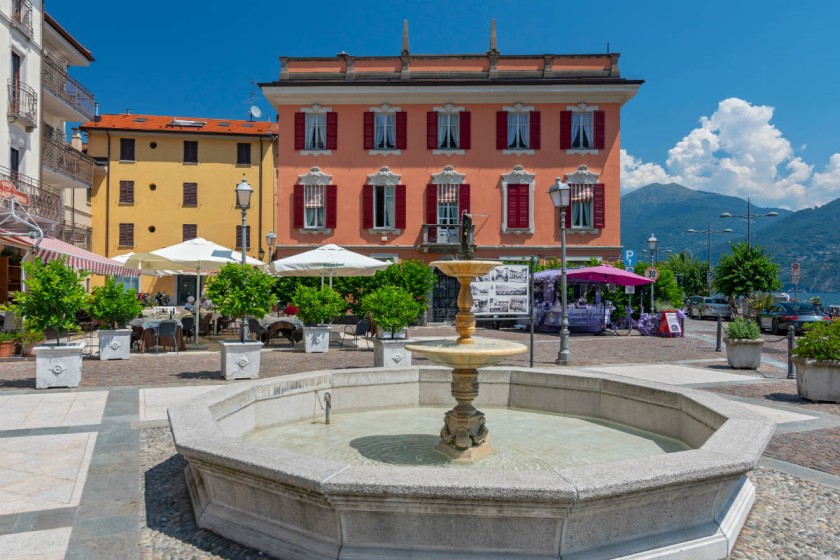 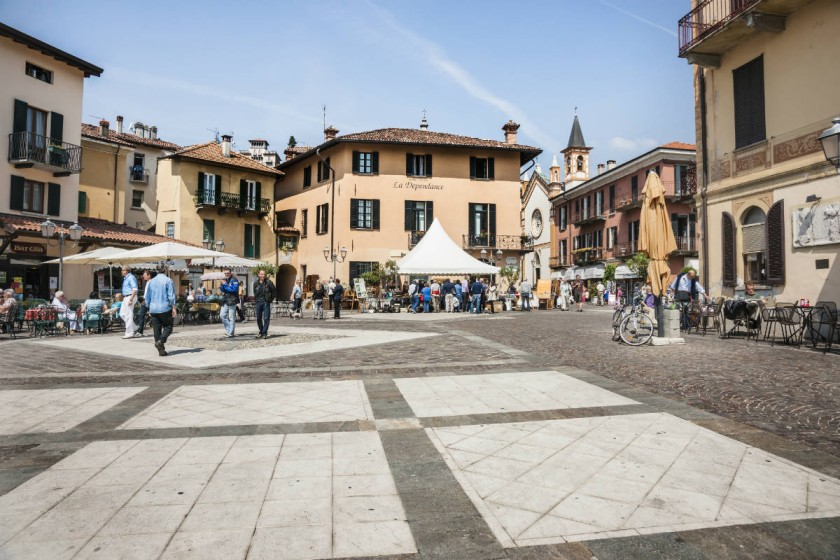 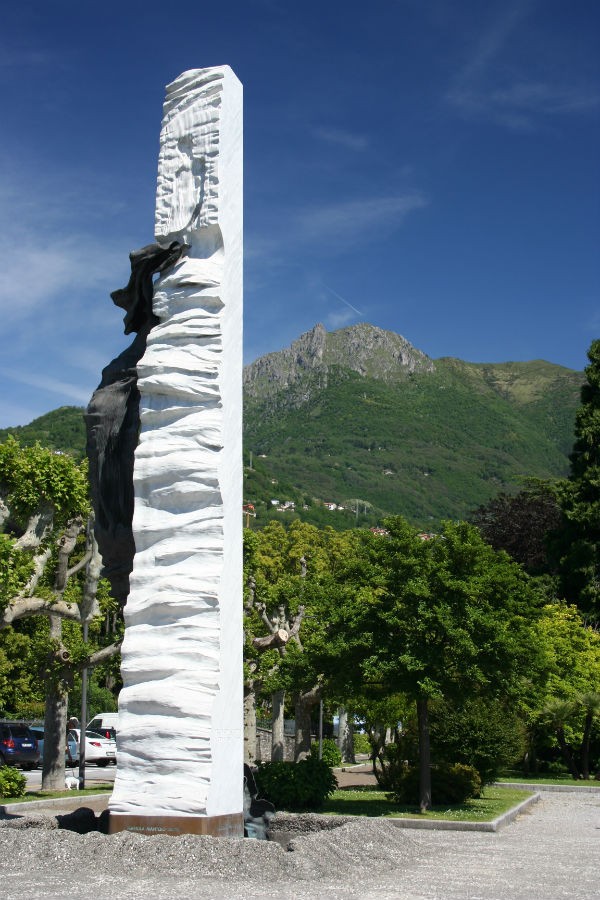 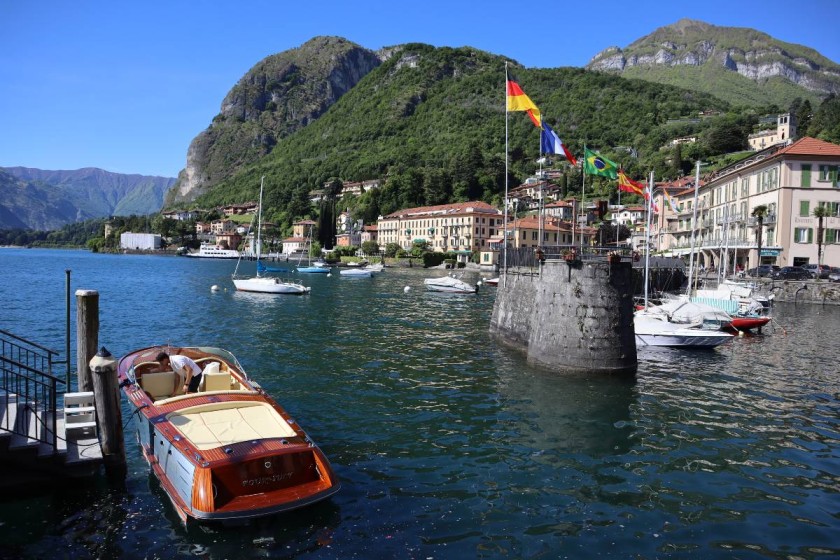 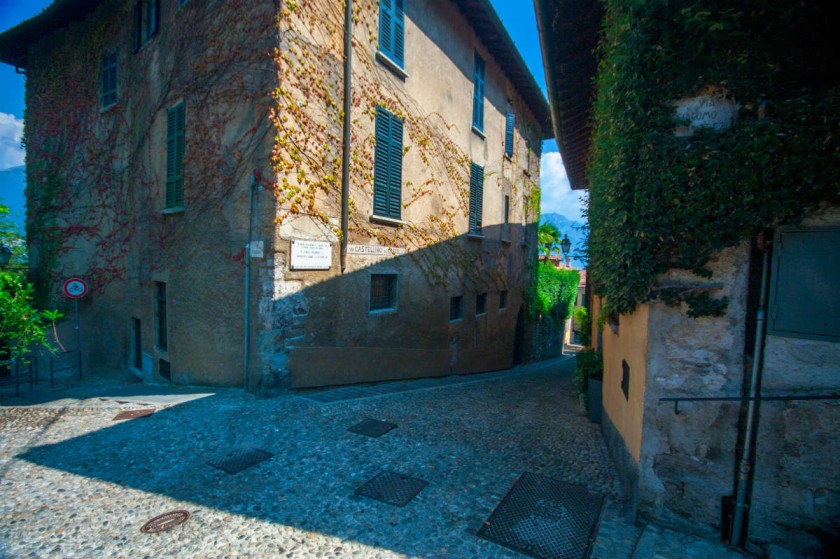 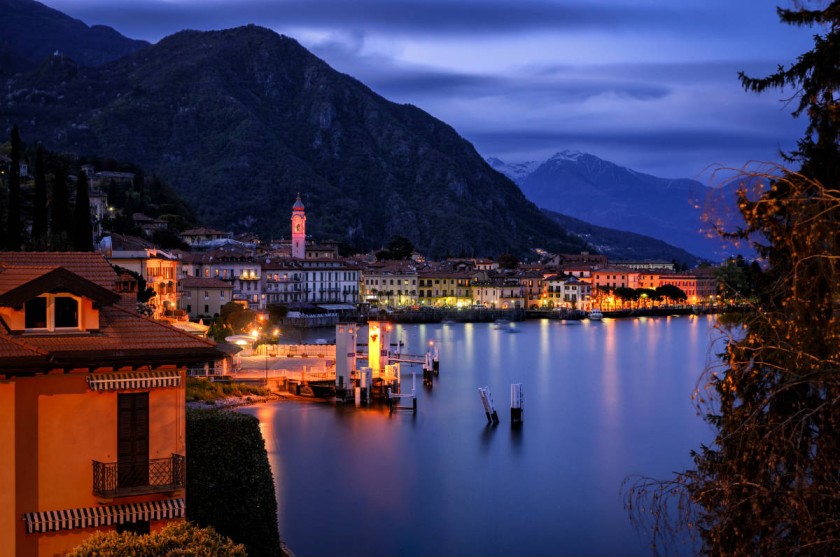 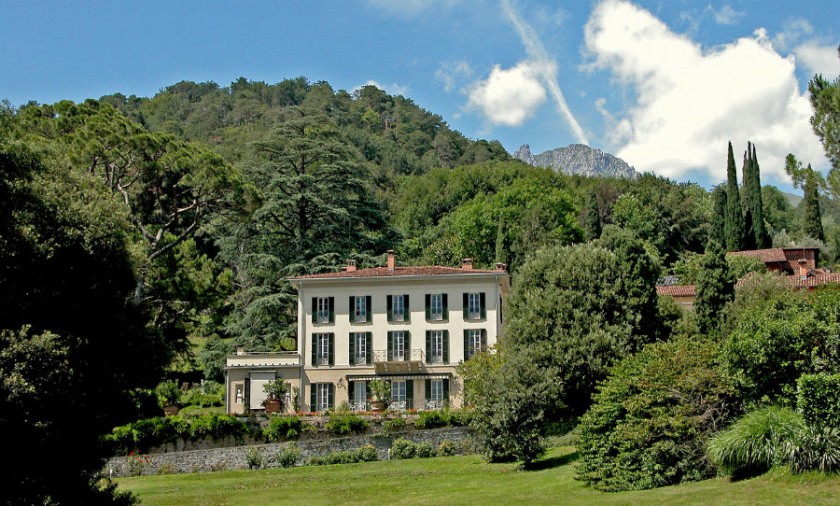 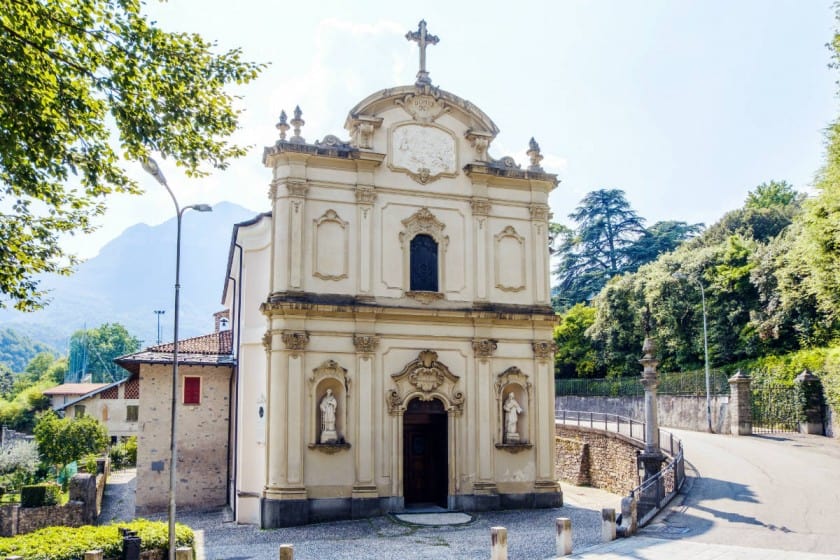 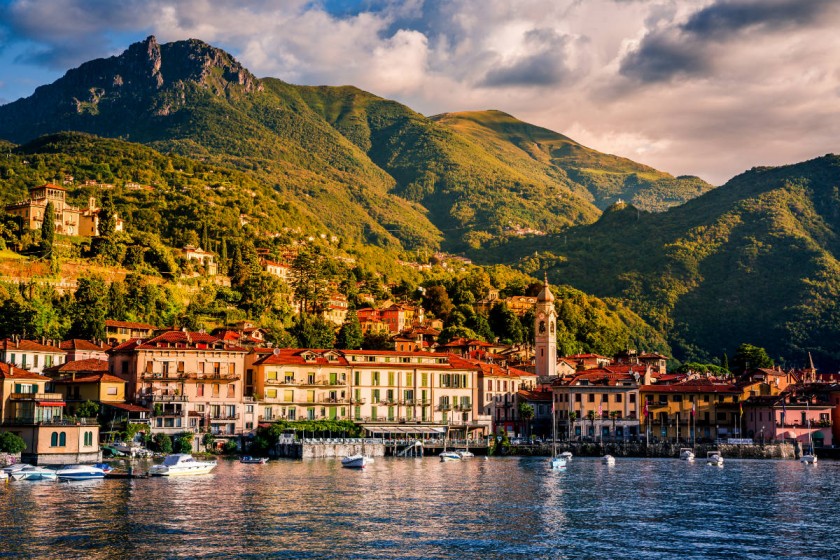 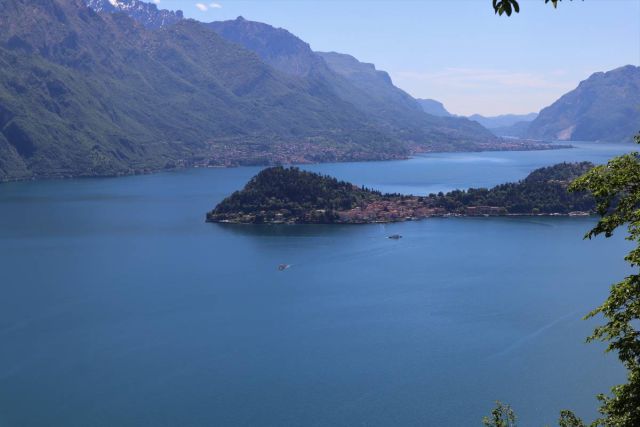 A look at the lake
e-borghi 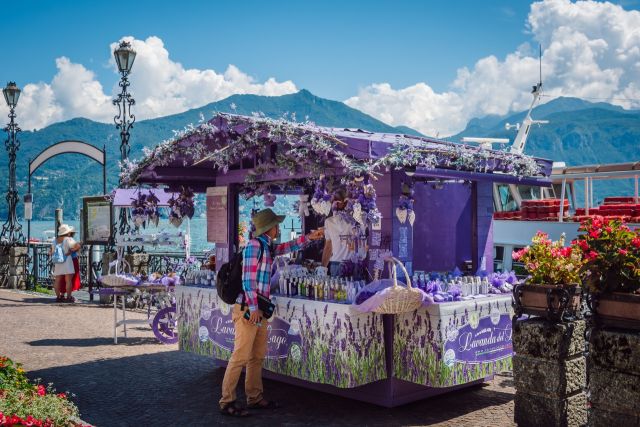 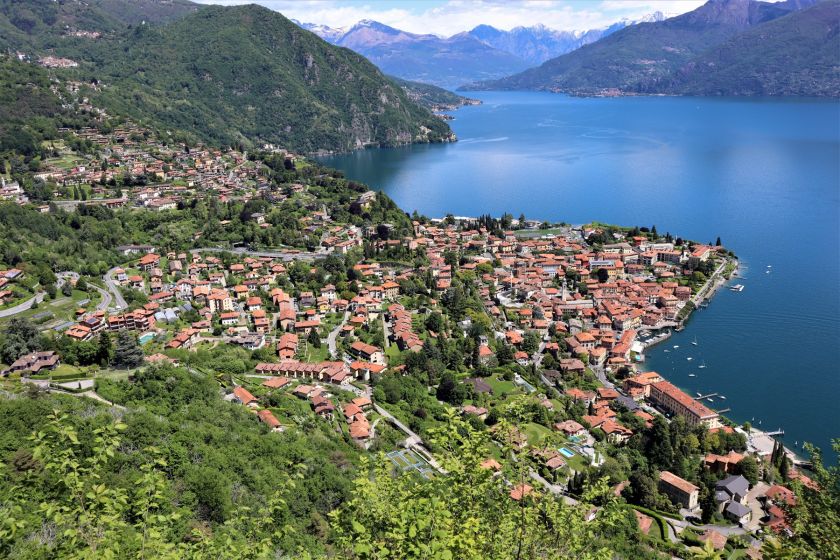 Menaggio is situated in the heart of Lake Como, on its western shore, at the beginning of a valley that connects Menaggio with Lake Lugano. The town consists of a centre and three villages - Loveno, Nobiallo and Croce - and has a total of about 3200 inhabitants.  Menaggio is of ancient origins, and in its centre as well as in its villages, there are many interesting monuments which can be discovered following an interesting itinerary described in the leaflet  “Historical Itinerary Through the Town and its Hamlets In case there are children walking with you, the tourist office suggests the amusing puzzle tour you can do together with the itinerary through the centre. Since the second half of the 18th century, high society liked to stay in the splendid villas of the sunny village Loveno. Among these is Villa Mylius Vigoni. The hamlet Nobiallo, built around its parish church of SS Bartolomeo and Nicolao  with its characteristic Romanesque leaning bell tower of the XIII century, is crossed through by the Antica Strada Regina, an ancient roman road. From Croce you can take the short walk to the superb belvedere “la Crocetta” where you find remains of the defense line of the First World War. Thanks to its central position, its main ferry links and bus connections, Menaggio is an ideal starting point for all kinds of excursions. On foot or by mountain bike you can explore the trails of the Val Sanagra Park, a large territory rich in flora and fauna just above Menaggio. Menaggio boasts an awesome 18 hole golf course founded in 1907, and a lido with a big beach and swimming pools. The restaurants in the centre of town and in the hamlets all have traditional dishes on their menus either with lake specialities, with its preference for fish, or the cuisine of the valleys, with polenta, game, mushrooms and local cheeses.  During the evenings musical events in the piazza , and small handcraft markets, often  animate the town.

The Municipality is part of:
Paesi Bandiera Arancione

Parish Church of Santo Stefano
Inside the Parish Church of Santo Stefano in Menaggio there is a copy of a painting by Bernardino...
Via Annetta e Celestino Lusardi, 1, Menaggio
Villa Mylius Vigoni
Villa Mylius Vigoni in Menaggio is a house - museum that's been conserved up to today .
Via Giulio Vigoni 1, Loc. Loveno, Menaggio
La Crocetta and the defence Line Linea Cadorna
From the village Croce, 2 km above Menaggio, over an easy trail you can reach Belvedere la Crocet...
Via A. Wyatt, 54, Menaggio
Nobiallo and the Antica Strada Regina
The village Nobiallo, 1 km north of Menaggio is crossed through by the ancient Roman road called ...
Via Regina, Menaggio
Luigi Scanagatta Civic Ornithological museum
Thanks to its rich collection the museum helps to understand the importance of the environments w...

Via 4 Novembre, 4, Varenna (Lecco)
3.71 Kilometers from Menaggio
Villa Cipressi
Villa Cipressi is a complex of buildings and gardens, rich in history, built mainly between 1400 ...

Via 4 Novembre, 22, Varenna (Lecco)
3.78 Kilometers from Menaggio
Villa Monastero
Style and taste characterise this unique jewel that has been shining on the Lake Como for four ce...

Viale Giovanni Polvani, 4, Varenna (Lecco)
3.84 Kilometers from Menaggio
Castle of Vezio
Situated in the heart of Lake Como,immersed in a century-old olive grove, the Castle of Vezio off...

Via al Castello, Località Vezio, Varenna (Lecco)
3.86 Kilometers from Menaggio
Villa Carlotta
Set in a breathtaking location on the shore of Lake Como, Villa Carlotta enchants tourists with i...

Via IV Novembre, 21 - 22019, Tremezzo (Como)
4.15 Kilometers from Menaggio
Villa Carlotta
Set in a breathtaking location on the shore of Lake Como, Villa Carlotta enchants tourists with i...

Via Regina, 2 - 22016, Tremezzo (Como)
3.92 Kilometers from Menaggio
Baptistery of St John the Baptist
The Collegiate Church of Santo Stefano in the hamlet of Lenno is one of the cultural and artistic...

Via Santo Stefano, Tremezzo (Como)
68.44 Kilometers from Menaggio
Villa del Balbianello
Situated in Lenno, a hamlet of the municipality of Tremezzina, it stands in one of the most evoca...

Via Lungolario Manzoni, Bellagio (Como)
4.82 Kilometers from Menaggio
Villa Serbelloni - Rockefeller Foundation
Built in 1400 by Marchesino Stanga, in 1788 it passed to the Dukes Serbelloni who left intact the...

Via Giuseppe Garibaldi, 8, Bellagio (Como)
4.26 Kilometers from Menaggio
= distances as the crow flies

Find where to sleep in Menaggio

Travel proposals in Menaggio and in its territory

Our news about Menaggio

Video: discovering Lake Como, a journey through the 4 villages of the center of Lake Como
What to see on Lake Como? The villages of Varenna, Bellagio, Tremezzina and Menaggio are 4 jewels to be discovered among lakeside walks, villas, gardens and fascinating historic centers. They are the villages of the tourist district of central Lake Como, loved all over the world for the beauty of their places, as well as for their traditional hospitality, gastronomy, local products and shopping. For a trip out of town or a real holiday dedicat...
Continue
Video: a fantastic journey through the most beautiful villages of Lake Como
“A dive where the water is bluer ", a la Lucio Battisti. Where Lake Como draws choreographies traced by the union of its two branches, at the point where, in the center of the lake, the mountains plunge into the waters and the Lario reaches its maximum depth, 410 meters. A record for the Italian lakes, a harbinger of Guinness emotions, protagonists of the special "Larian villages, at the center of amazement": pieces of an author's mosa...
Continue
Rezzonico, the medieval pearl of Lake Como
Ideal for a quiet spring excursion, far from the chaos of mass tourism, Rezzonico is one of the perhaps less known villages of Lake Como and, for this reason, among the most intimate and welcoming. Located on the western shore of the famous Manzonian branch, 13 kilometers north of Menaggio and opposite Varenna (on the Lecco side), Rezzonico is protected behind the Swiss Alps, which frame an enchanted landscape. Stony beach little frequent...
Continue
Valmalenco Caspoggio 3days: emotions among the villages
It's a weekend of discovery and intrigue, the "Valmalenco Caspoggio 3days", which allows you to discover the beauty of the mountain in Malenca, in Lombardy, combined with experiential activities. All to live intensely, many of them in the small alpine village of Caspoggio, located on a hill at 1,098 meters of altitude, just five kilometers as the crow flies from the Swiss border, and perfectly placed in the heart of Valtellina, in the scenery ...
Continue
A weekend on the Lake Como among the villages of Menaggio, Bellagio and Varenna
On a boat between the villages of Menaggio, Bellagio and Varenna, heart of Lake Como, a paradise really close to the Lombard capital, territory of enchanting villas, elegant small shops, parks and gardens. Leaving the north suburbs of Milan you can quickly reach Como, capital of one of the most beautiful and appreciated lake basins in the world. After exiting the highway, you have to cross the city until you reach the banks of the lake. It ...
Continue
Recipe: perch rice from Menaggio
If you are looking for a unique, rich and tasty dish, this rice with perch is what you are looking for. This risotto, of simple preparation, typical of the village of Menaggio and the nearby lake areas, contains the flavors and the tradition of Lombardy: on one hand for the presence of risotto, a true representative of the cuisine of this region, on the other for the perch of lake, breaded and fried. The perch of the lake is a widespread fish in the Lake of Como, in the Ceresio and in other lakes of the Brianza area. The perch o...
Continue