Share
The medieval village of Dozza, known for the majestic Rocca Sforzesca, is considered unique in its kind since there are numerous paintings that embellish the facades of the houses, giving the village a characteristic appearance. The Biennial of the Painted Wall is in fact a major event. 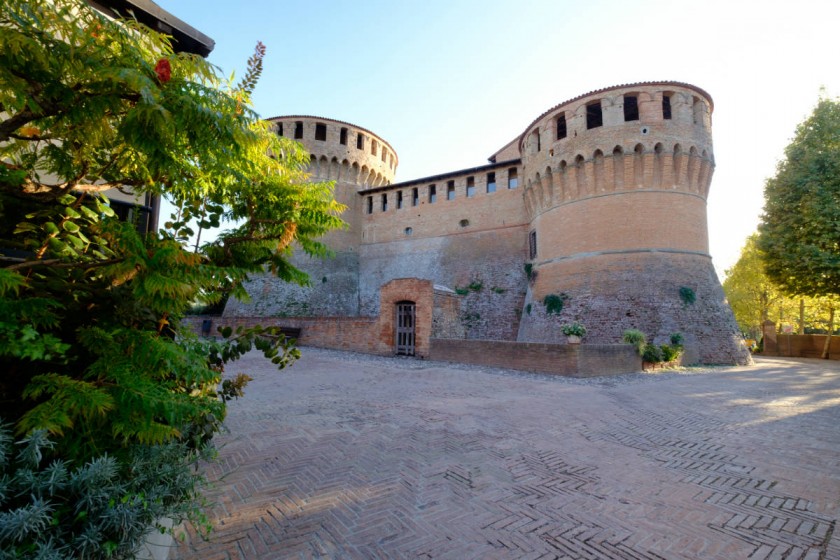 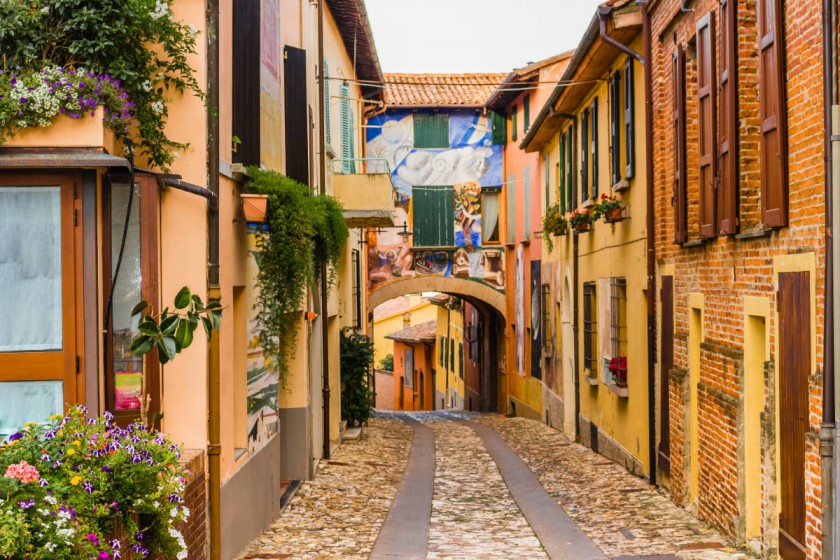 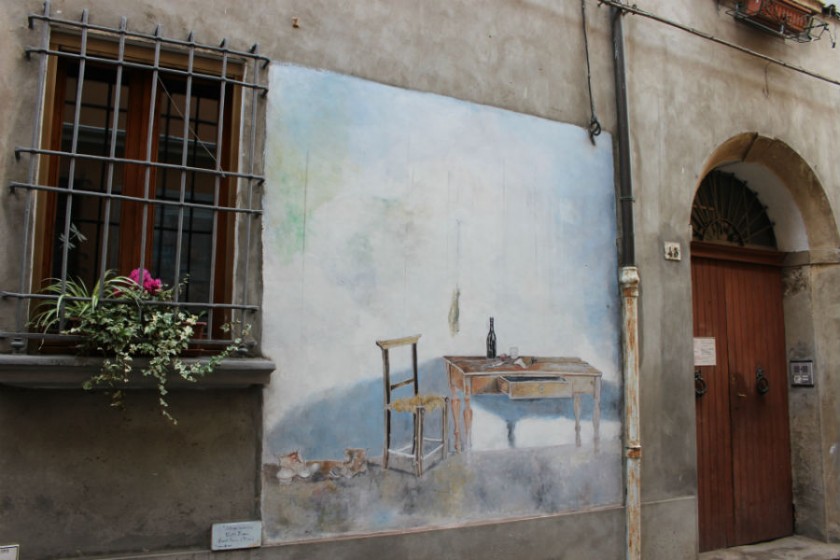 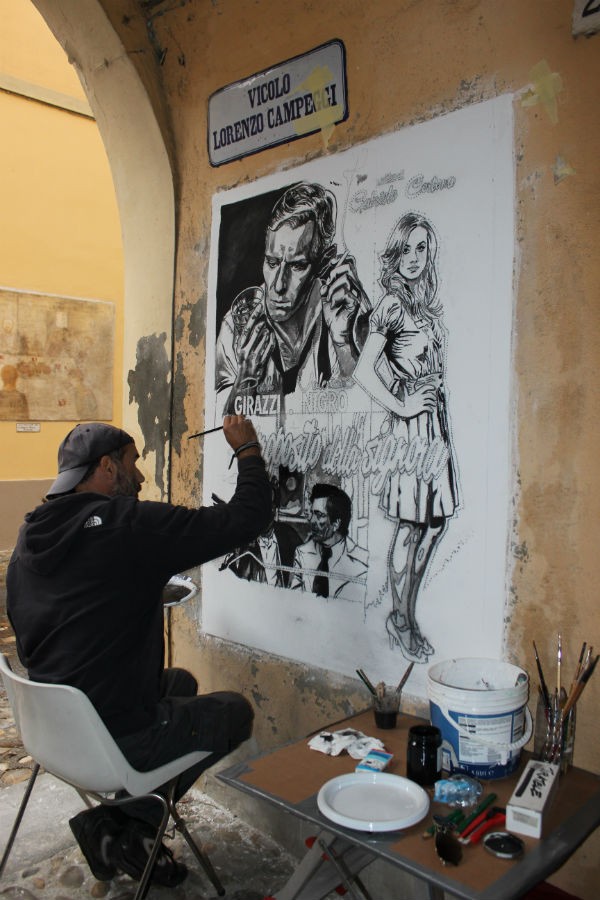 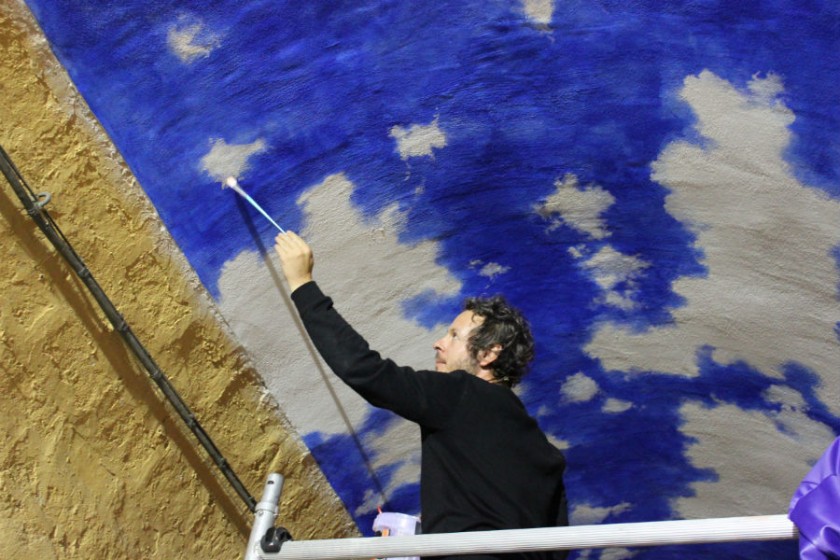 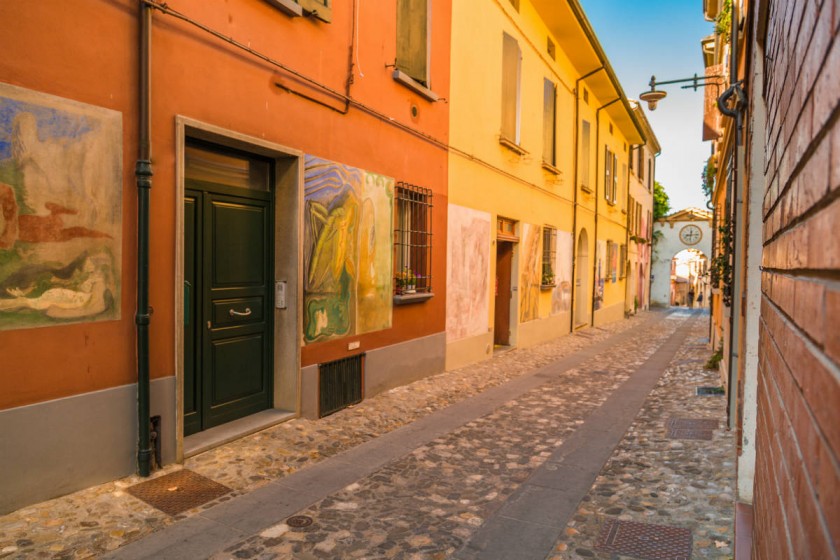 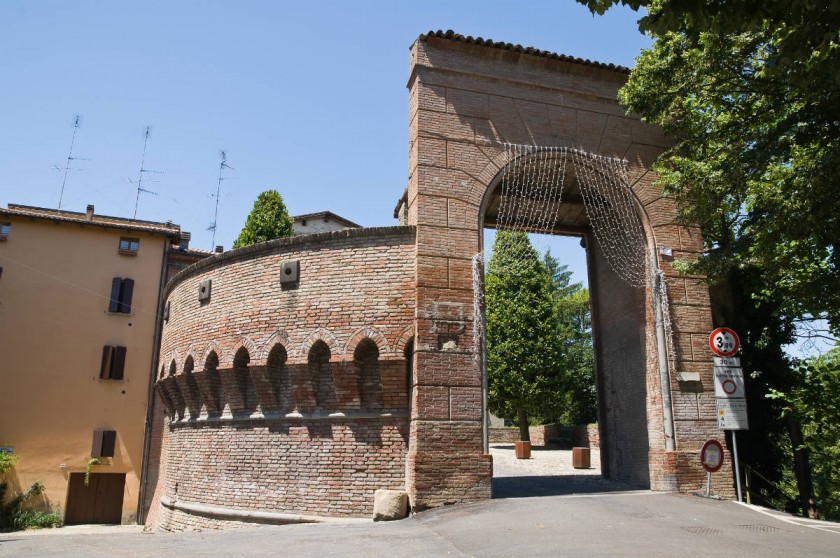 A look at Dozza

The ancient village of Dozza (Dòza in Romagna) and the nearby Toscanella (La Tuscanèla) make up this territory surrounded by the first gentle slopes of the Apennines. The medieval village, surmounted by the majestic Sforza fortress, owes its name to the medieval Ducia or Dutia, ie a shower, a pipeline that carries water. The term also refers to an ancient aqueduct, now disappeared, capable of accumulating water from the Monte del Re in a cistern, to cope with the chronic lack of it.

The territory of Dozza, already inhabited in Celtic and Roman times, was hit by the invasions of Germanic and Longobardic barbarian populations, who invaded all the lands of Romagna. In the middle of the 6th century Dozza was included in the Byzantine possessions of Italy until the middle of the 8th century, when the Carolingians took possession of it. They donated to the Church of Imola the possession of the lands, which then became the site of the first fortification, which in 1150 became a free municipality. Alternate events have affected the dominion of the fortress and the village, passed several times from hand to hand among the powerful families of Bologna and Imola. To remember the five-year period of Caterina Sforza (1494-1499), during which the fortress was equipped with the imposing defensive walls that still surround it today. After the brief rule of Cesare Borgia (who in a few years annexed his dominions throughout Romagna), Dozza returned under the control of the Church. With the end of papal rule, Dozza was aggregated in Bologna. At the end of the Second World War, with the breakthrough of the Gothic Line, the village was the scene of some clashes between the allied forces, under whose command the fighting group "Folgore" operated, and the retreating German troops.

Dozza is made unique by the numerous paintings that embellish the facades of the houses and give it a characteristic appearance. The Biennale of the Painted Wall represents the most important manifestation of the village. Every September, for four days, famous national and international artists perform permanent works on the walls of houses, an open-air art gallery. For some years, Toscanella has also been involved in the event, which has been structured in two poles: in Dozza the murals and in Toscanella, graffiti and street art. The Sforza fortress, its museum and the sixteenth-century parish church dedicated to the Assumption of the Virgin, which houses a sculptural lunette from the Longobard era and the Madonna and Child painting among the saints Giovanni Battista and Margherita (1492) by Forlì Marco Palmezzano.

In Toscanella, the church of Santa Maria del Carmine (1576), is also called the Sanctuary of the Madonna del Sabbioso, named after the stream that runs alongside it. Finally, inside the Sanctuary of the Madonna del Calanco, there is a bas-relief depicting the Blessed, made of whitish scagliola. Every year on the second Saturday before the day of Pentecost, the image of the Blessed Virgin is carried in procession to Dozza.

the Municipality is part of:
I Borghi più belli d'Italia
Città del vino

Museum of the Dozza Fortress
The museum is an integral part of the monumental complex of the fortress of Dozza, in Emilia Roma...
Piazza della Rocca, Dozza
Rocca Sforzesca
The Rocca di Dozza is the heart and symbol of the city.
Piazza Rocca, 40060, Dozza
Rocca Manfrediana
Brisighella's Rocca Manfrediana is a fortification located on the second of three selenite rock p...

Via Siepi, Brisighella (Ravenna)
18.89 Kilometers from Dozza
Via degli Asini
In this neighborhood lived the birocciai, transporting the gypsum from the quarries overlying th...

Via degli Asini, 1, Brisighella (Ravenna)
18.94 Kilometers from Dozza
= distances as the crow flies

Via XX Settembre, 17, Dozza
Albergo Ristorante La Rocca
In the heart of the Apennines between Ravenna and Florence, in the centre of Brisighella, in the ...

Our news about Dozza

Halloween recipe: Welcome to the Emilian witches
ALSO FOR VEGETERIAN Halloween is approaching: here are our witches! The Emilian witches are scented pasta bundles, perfect for accompanying all of our dishes.These wonderful florets, extra virgin olive oil and lard are very crisp and extremely satisfying: they are perfect for cheese, salami and vegetables.Like many of the best things, the Emilian Witch's recipe was born by chance when the ovens were heated with wood...
Continue
Wonder Italy: start the engine and discover the wonders of Italian villages
Wonder Italy is the dream born in 2015 from the desire to live an exciting experience, among the beautiful landscapes and architecture of the Umbria Region.From the crazy views guarded by the Apennines, Wonder Umbria has become a widespread project, until it turned into "In the most beautiful villages in Italy": here is an amazing motorcycle vacation that will start from Umbria and will cross Tuscany, Marche and Emilia-Romagna, three caskets full of fairy-tale landscapes and picturesque villages all to be discovered. Three ...
Continue
Medieval Civitas in Dozza: a journey through time a stone's throw from Bologna
Dozza is a pretty medieval village located halfway between Bologna and Imola: if you love the Middle Ages then don't hesitate to reach it in March when Dozza will host the picturesque Medieval Civitas event. Medieval Civitas of DozzaThe Middle Ages is one of the most fascinating historical periods between castles and armigers on horseback, ladies and Templars in search of the Holy Grail, witch hunts and beliefs on the edge of magic.It is therefore not surprising that the pretty village of Dozza has bee...
Continue
Petralia Soprana: the village of the Borghi autumn 2018
After the victory of the village of Ganci in 2014, of Montalbano Elicona in 2015 and Sambuca di Sicilia in 2016, the land of the Gattopardo, with a plush step, once again, climbs the podium peaks with another gem of the hinterland, winning with Petralia Soprana the title of Borgo dei Borghi autumn 2018. This edition of the Il Borgo dei Borghi competition, an autumn spin-off linked to the Kilimanjaro television program, began with three groups per ...
Continue