Share
In ancient times, Masserano was the capital of the ancient principality which extended to the borders of Valsesia. Become the Principality in 1598, with Francesco Filiberto first Prince of Masserano, until 1741, the rich heritage left by the princes of the village are now kept in the Polo Muserano Masseranese, which includes: the Royal Palace of the Ferrero-Fieschi Princes, the Collegiate Church, the Church of San Teonesto and the Church of Santo Spirito. 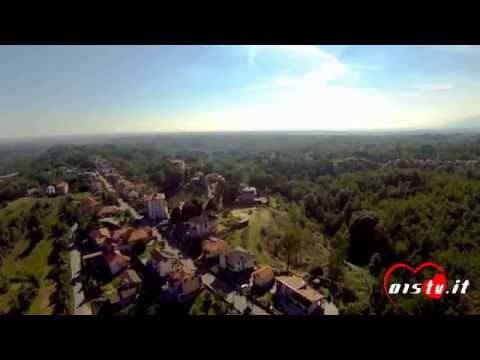 a time Masserano was the capital of the ancient principality that stretched up to the borders of the Valsesia. To the east is the high road which already in Roman times brought from Vercelli to Valsesia through Buronzo, Castelletto Cervo, Support, Crevacuore, Guardabosone and Postua and, crossing the ford in Castelletto, gave access to eastern Biellese. To the west the Lessonasca that from the plain, Mottalciata and Lessona, leading to the mountains of moved and Trivero.

Toward the year 1000 was built in Masserano a reel or castle, of which today we can still see some ruins behind current princely palace. It was built in a good location, not far from a first nucleus of houses that became the village, today the village below. The new castle had suffered much importance both for the construction itself, both for its strategic position. This attracted the attention of the bishops of Vercelli, who made it into one of the four hinges defensive of their now declining temporal domain. The reason for which the Fieschi became Lords of Masserano is attributable to the relationship with a bishop of Vercelli, John Fieschi. The Fieschi belonged to an ancient feudal family ligure, the accounts of the Whiteboard. In the maneuver of acquisition of new lands and alliances, could have the help of Bishop John Fieschi.

During the struggles against the Visconti, between 1372 and 1376, the castles of Masserano and Crevacuore always remained in the hands of the Bishop Giovanni, that provident to place them under the protection of the Holy See, while remaining him the legitimate owner to ensure neutrality to the lands Masseranesi. The passage to the Fieschi became definitive when the bishop, while was signed the peace in 1376 between the Visconti and the alloy, passed his every right on Masserano, Crevacuore and Moncrivello to another his brother, Nicolò. Masserano thus became a marquisate, with the marriage between Ferrero-Fieschi Filiberto and Camilla Sforza, nephew of Pope Paul III Farnese, celebrated in Rome on 18 April 1546. In 1598 became instead principality, with Francesco Filiberto first Prince of Masserano, and it remained until 1741, until it was sold by the Holy See to the House of Savoia, who incorporated the Antico Feudo Pontifical in Savoy State.

The rich heritage left by the principles of Masserano now is guarded in the Polo Museale Masseranese, which comprises: la Reggia of Ferrero-Fieschi Principles, the Collegiate Church, the Church of San Teonesto and the Church of the Holy Spirit. The museum is managed by the Associazione Culturale Don Vittorino Barale and organises events, guided tours and itineraries to discover the town and its monuments, as well as educational workshops for families and schools.

Despite the fact that the textile industry and mechanical play an important enough for the economy of Masserano, are still flourishing agriculture and more sporadically in the rearing of livestock and the craft sector. The agricultural activity more practiced in Masserano is the viticulture.

Typical wine recognized DOC in 1979 is the Bramaterra, garnet red, has an intense aroma and a dry flavor and velvety with a bitterish background. Product using mainly grapes of Nebbiolo goes with braised and roasts, boiled meat, game and mature cheeses. Another wine of this area is the Coste della Sesia, entirely similar to the Bramaterra but with a lower age of aging and a lower alcohol content.

In the plain of Baraggia rice is grown quality up Sant'Andrea and those above Carnaroli and Baldo. For its favorable position and the sunny, Masserano offers prized production of honey from acacia, chestnut and Millefiori. A typical product of gastronomy is instead the vane, a salami made from the pork shoulder, which is cooked and a peppery taste in abundance.

The bundansa of Rongio, near the village of Masserano, is the traditional lighting of the bonfire of Christmas night. The illumination of the bonfires on Christmas eve was a tradition very widespread in good part of Eastern Biellese. It is a rite complex and articulated characterized by a constructive technique processed, with a particular structure and the choice is not random selection of materials used. The equipping of the bonfire occurs on a relief, so as to be visible at a great distance. On top of the bonfire is fixed a sapling juniper or another evergreen. Usually you can also prepare of turning fiery, usually formed from the dried bark and linked to an iron wire which are spinning before or during the burning quality of the bonfire. In the past they attributed a function of divination to the direction taken by the smoke and from sparks and you sang stanzas exalting the bonfires or mockery, in respect of the inhabitants of the neighboring countries. There were bonfires also in Canarone, Bonda, Scalabrino, Cascina Bianca, Rocca and in the locality of 'n Gam. In most cases the tradition ceased in the years preceding the Second World War, but in some cases continued until the early fifties. Today the rite survives only in Rongio, where was taken continuously since 1977.

the Municipality is part of:
Comuni fioriti
Unione Prealpi Biellesi