Share
Between the banks of the river Piave and the Eastern Venetian Pre-Alps lies the beautiful Valbelluna, which hosts Borgo Valbelluna on its verdant territory: it is a vast scattered municipality, made up of dozens and dozens of hamlets, born in 2019 from the union of the municipalities of Lentiai, Trichiana and Mel, which represents the capital of the entire municipality of Borgo Valbelluna. There are many places of historical, cultural and scenic interest in the area, from castles to Venetian villas to spectacular caves and small canyons. 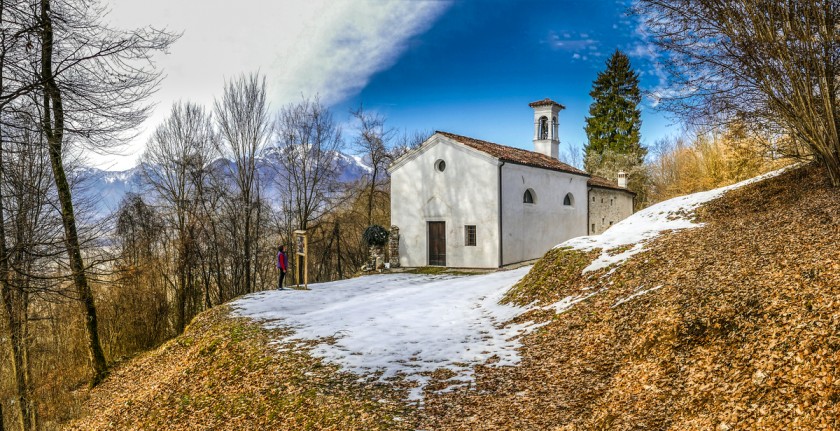 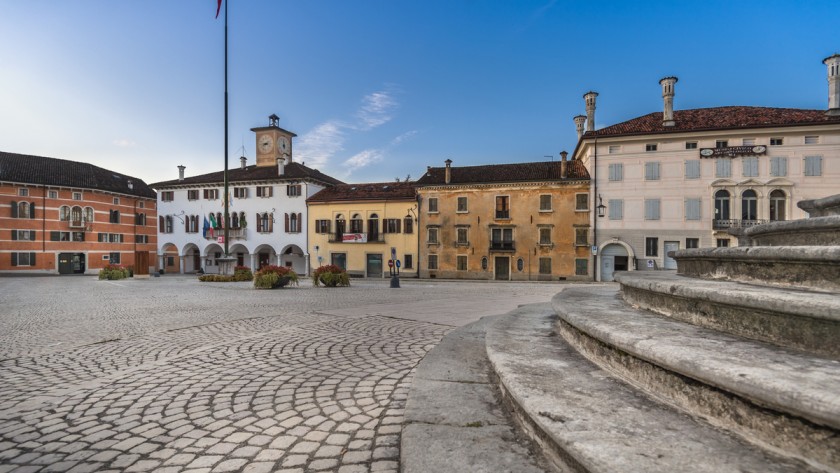 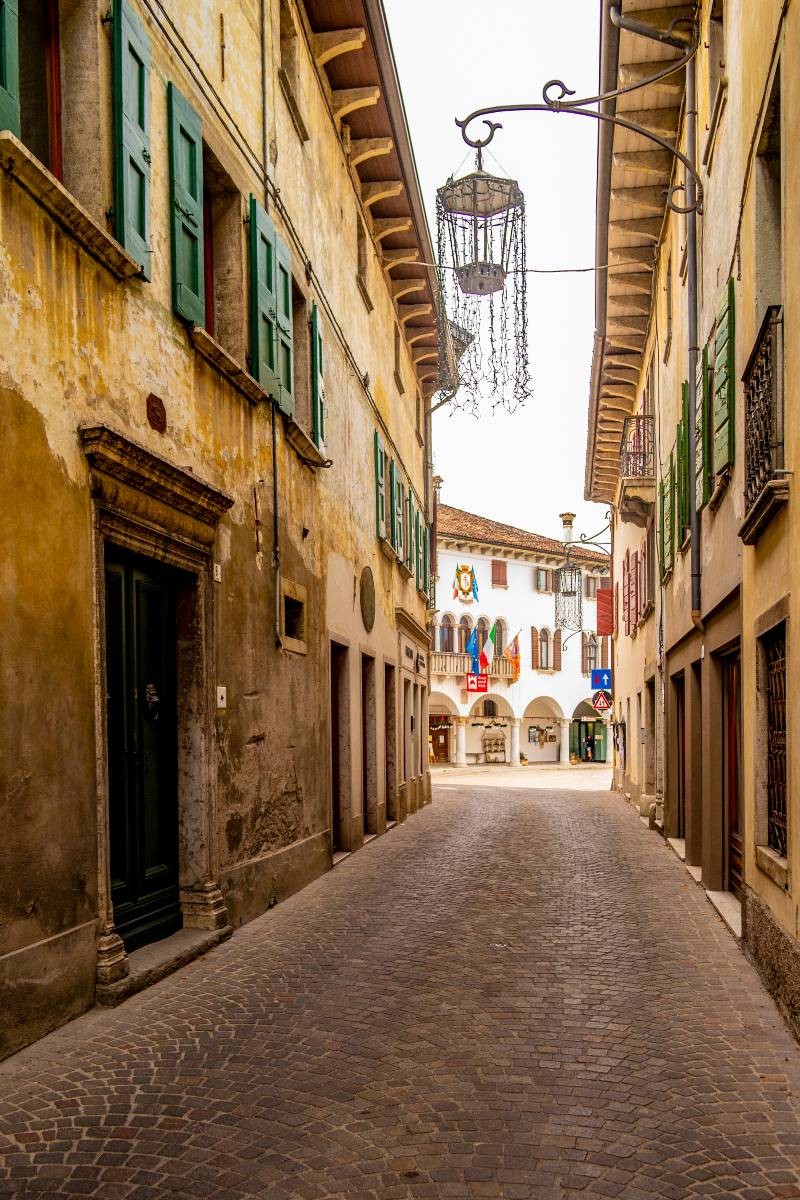 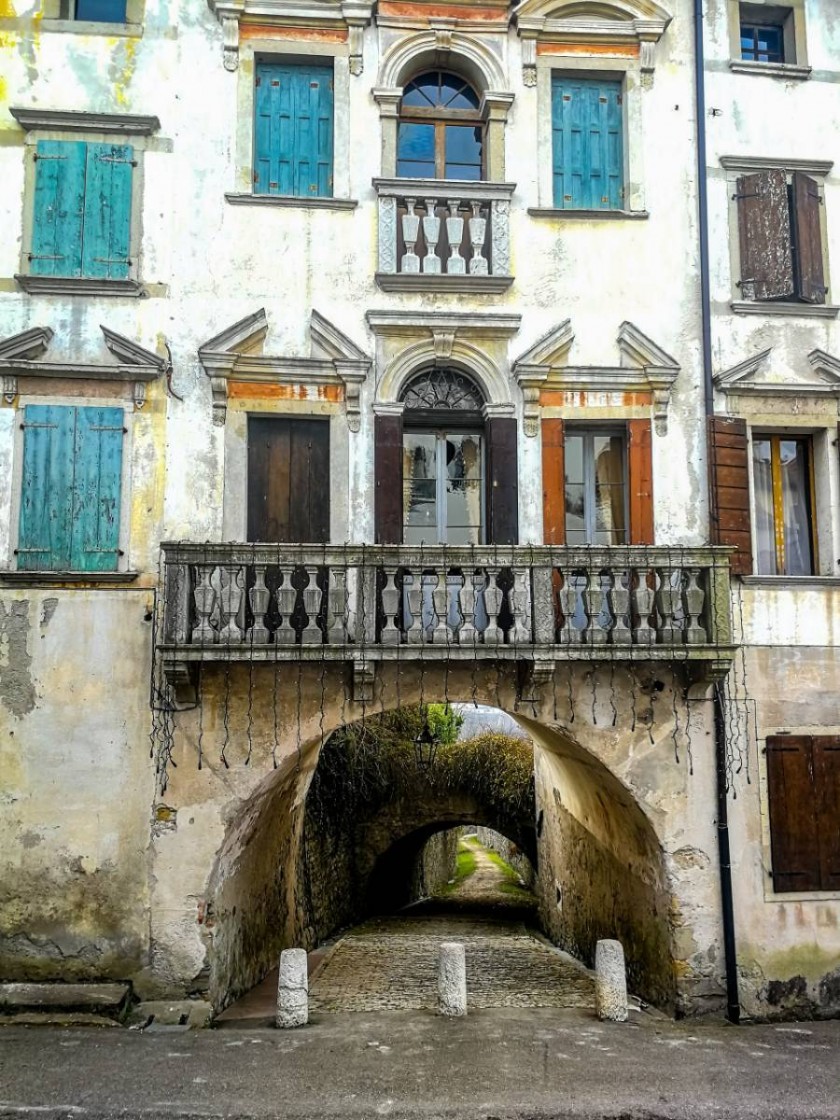 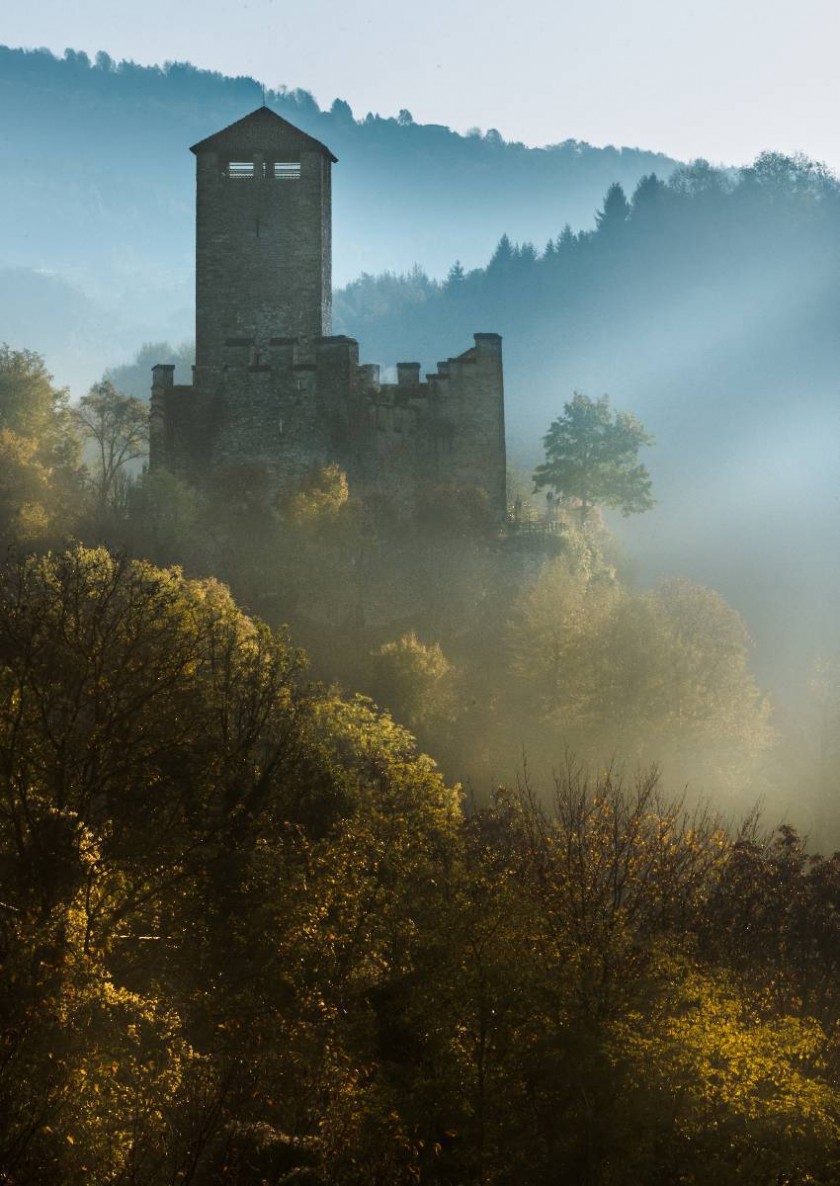 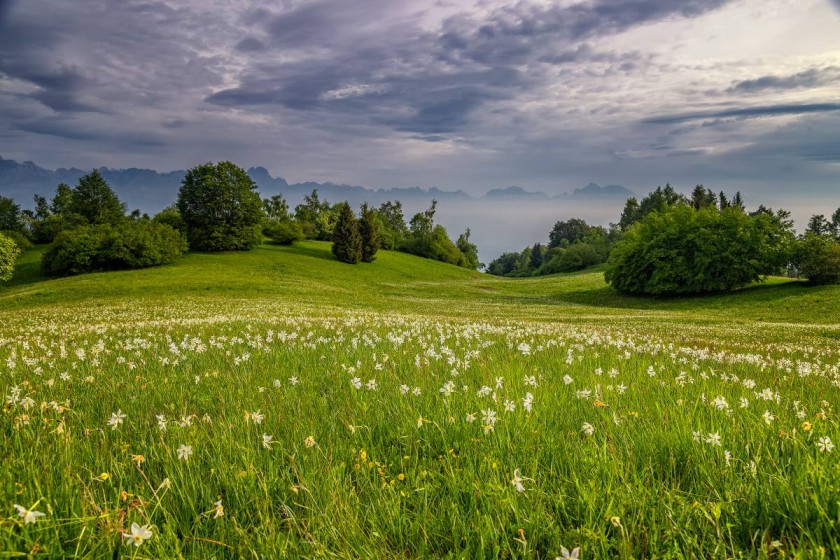 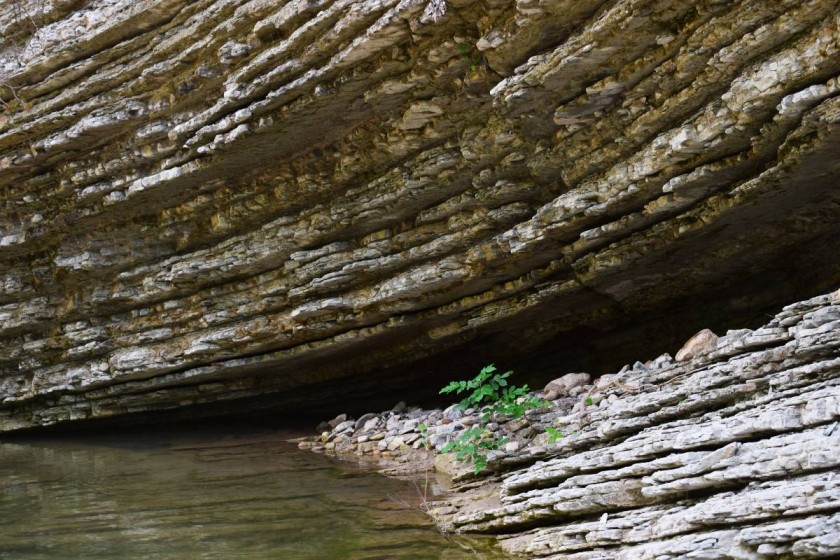 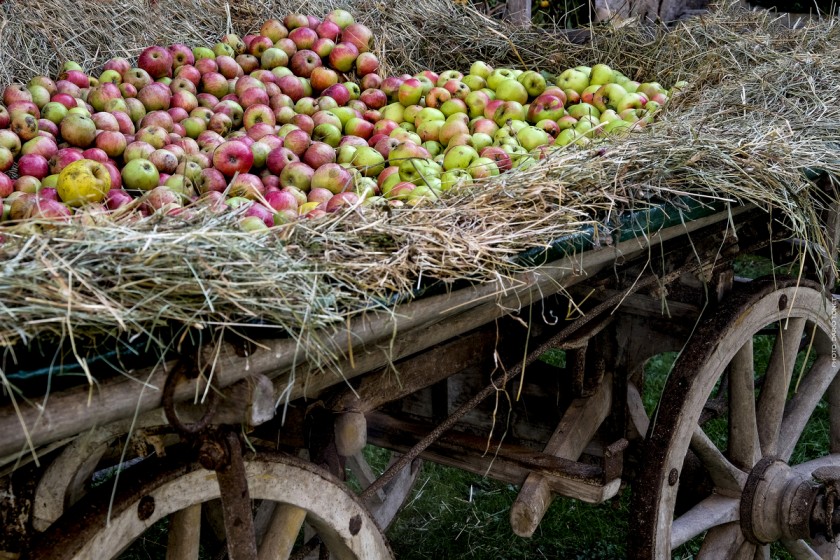 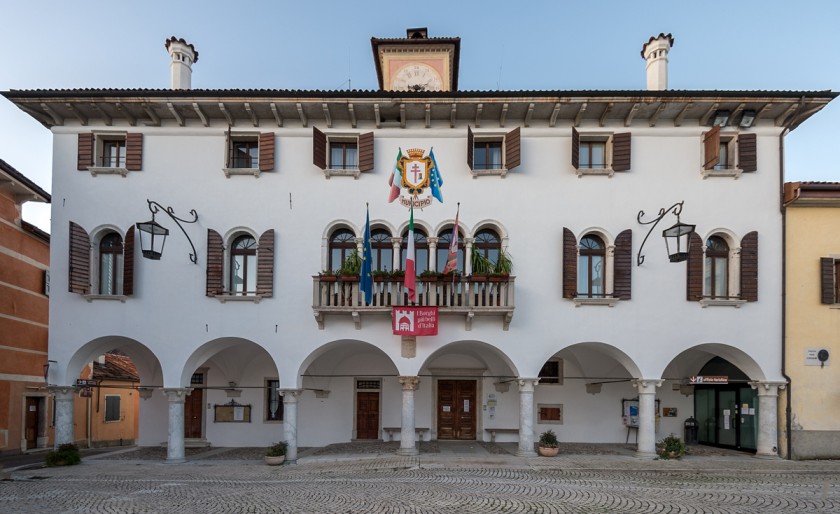 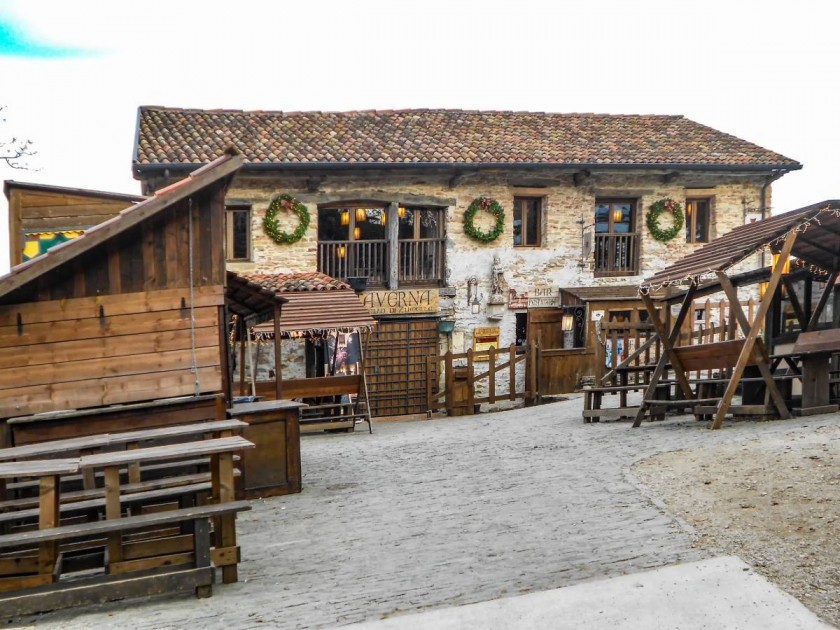 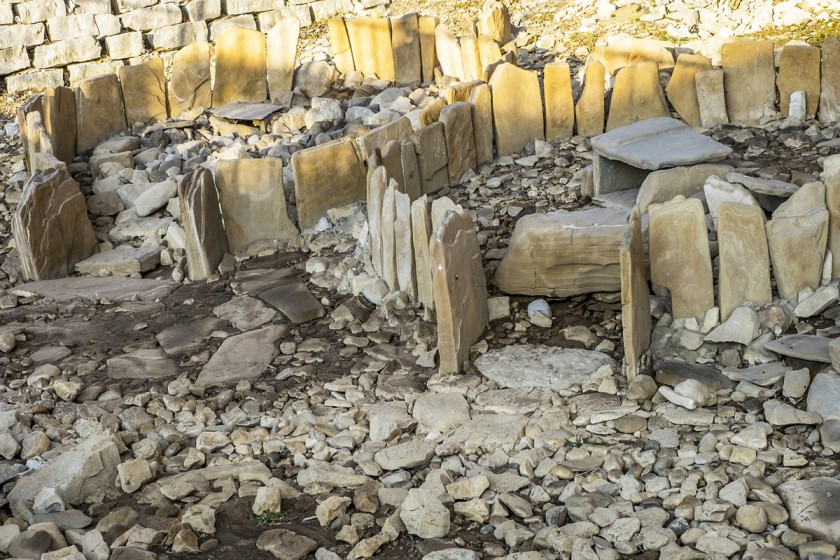 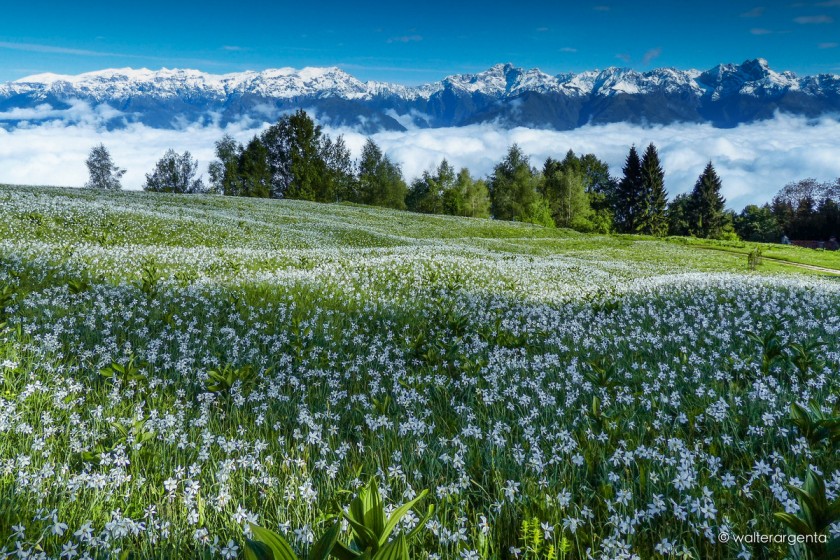 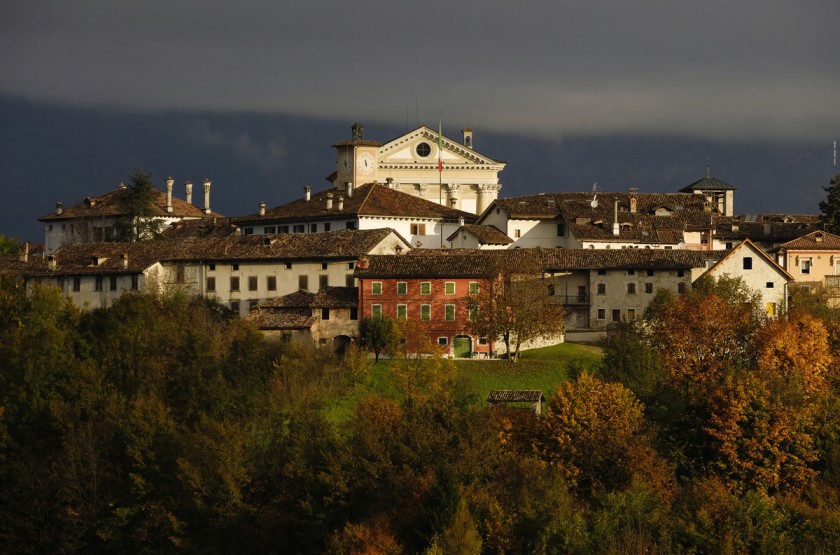 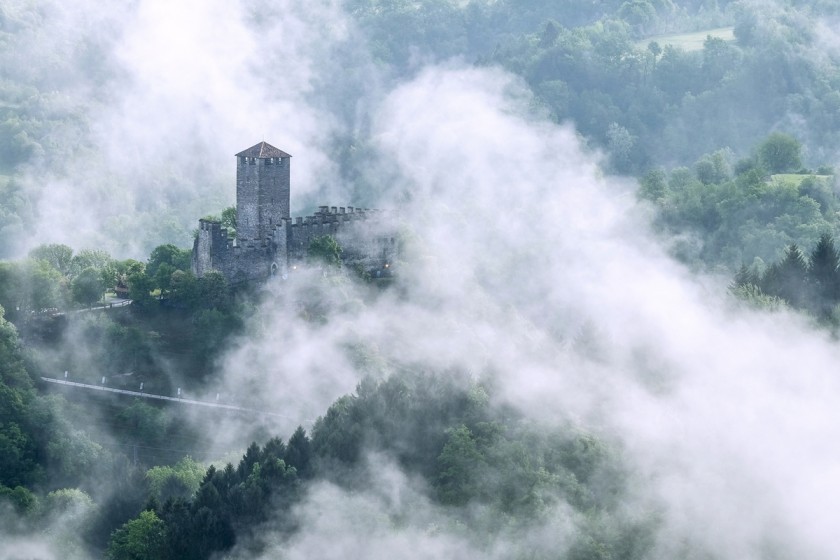 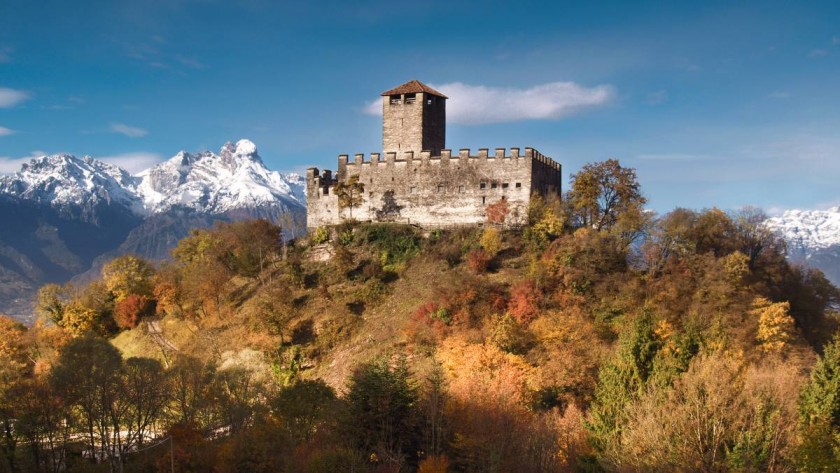 Mel: between history, art and festivals
Mel, a village awarded the coveted Orange Flag by the Touring Club and belonging to the club of the most beautiful villages in Italy, stands in a place inhabited in the past by peoples such as the Gauls, the Paleo-Venetians and above all the Romans, who built the Claudia Augusta road here: even today this ancient road, which connected the Danube with the Adriatic Sea, can be travelled on foot or by mountain bike.
The old town centre of Mel, which is clearly Venetian in style, stands on a hill near the Piave River and revolves around the scenic Piazza Papa Luciani: it is overlooked by historic buildings such as the 17th-century Palazzo Fulcis, the 16th-century Town Hall, whose interior is decorated with frescoes dedicated to Orlando Furioso, the 14th-century Casa Francescon and the Palazzo delle Contesse. The latter houses the "Museo Civico Archeologico" (Archaeological Civic Museum), which preserves a series of finds mainly from the nearby necropolis of the Ancient Veneti dating back to the period between the 8th and 5th century B.C.: the most valuable piece in the collection is a fibula of Celtic origin in the shape of a feline, dating back to the 5th century.
Piazza Luciani is also home to the 15th-century Church of Our Lady of Sorrows, where you can admire a 15th-century tabernacle, and the Church of Santa Maria Annunciata, frescoed by De Min.
Just outside the centre of Mel, dominating the Via Claudia Augusta, is Zumelle Castle, whose origins date back to Roman times: extended in 540 A.D. by the Goths and in 1311 by the lord of Treviso, Rizzardo da Camino, Zumelle Castle has returned to its former glory after recent restoration work and is now a venue for events and historical re-enactments.
To taste the local gastronomic specialities, from polenta made with sponcio corn to Schiz cheese and orzotto with beer, you can also dine in the historic "Locanda Cappello", which dates back to the 17th century.
Not to be missed is the "Mele a Mel" (Apples at Mel) festival, which in October enlivens the village and the entire municipality of Borgo Valbelluna with craft exhibitions, ancient crafts and apple tastings.

From Trichiana to Lentiai
The discovery of Borgo Valbelluna can continue among the elegant Venetian villas that surround Trichiana, a village situated between the Piave River and the San Boldo Pass: Villa Alpago Novello, Villa Montalban and Villa Piloni are just some of the residences, immersed in nature, where the rich families of Belluno used to reside in the summer.
The undisputed symbol of Trichiana is the watchtower that was once an integral part of the medieval Casteldardo Castle, which is also present in the village's coat of arms: a famous 12th-century ballad mentions the castle and the deeds that involved it, namely the feud between the people of Belluno and those of Treviso.
From Trichiana, following a demanding path for about half an hour, you can reach the splendid Grotta Azzurra (Blue Cave): it is located in the Parco della Gazzera and opens up before the eyes of visitors like a natural pool with emerald waters, set among the dense Belluno bush.
There is also a castle in the hamlet of Lentiai, built by the Lombards in the 14th century: it is located in Cesana, where it is also possible to visit the Church of Santa Maria Assunta, where there are works by Cesare Vecellio, a polyptych of the Titian school, sculptures by Brustolon and paintings by Ridolfi, Pordenone and Veronese.
From the hamlet of Sant'Antonio Tortal it is easy to reach I Brent de l'Art, a spectacular gorge excavated by the erosive action of water, whose walls show an exceptional stratification of white (due to the presence of calcareous sands) and red (due to iron oxide).
If you choose to visit Borgo Valbelluna in spring, you cannot miss a visit to the Pian di Coltura: starting from Lentiai and continuing on foot to the hamlet of Colderù, you can admire a green plateau almost completely covered in pretty white daffodils.
From Lentiai you can also take the 'Giro delle Malghe' (tour of the shepherd's huts) and walk up to the panoramic Malga Garda at an altitude of 1296 metres.

the municipality is part of:
I Borghi più belli d'Italia

Teatro La Loggia, Piazza Roma 9, Cison di Valmarino (Treviso)
15.36 Kilometers from Borgo Valbelluna
Stacks and Canzei Permanent Exhibition
there are many artistic 'stacks' scattered in the streets of the village of Mezzano, in Trentino ...

Find where to sleep in Borgo Valbelluna

Casa Vacanze La Casetta
La Casetta, in a quiet location, ideal for a relaxing holiday and good taste, it is the symbol of...

Via Don Bartolomeo Cosner 4/6, Mezzano (Trento)
18.61 Kilometers from Borgo Valbelluna
Rifugio escursionistico Caltena – Baita di Charme
For those who want to live a real holiday in the mountains.

Via Colaor, 8, Fiera di Primiero (Trento)
19.50 Kilometers from Borgo Valbelluna
Garni ai Serrai
Our Garni is open all year. The atmosphere is friendly and welcoming and the ambience is simple a...

Via Sottoguda, 56, Rocca Pietore (Belluno)
44.26 Kilometers from Borgo Valbelluna
= distances as the crow flies
Dolomitissime
With 5 offices on the Dolomites territory...

Feast of Our Lady of the Annunciation

Our news about Borgo Valbelluna

The 5 most beautiful and unknown places in the province of Belluno
The province of Belluno is a territory that binds its beauty to an immense natural heritage, dominated by the Dolomites, declared World Heritage Site by UNESCO. Green valleys, alpine lakes, vast forests and mountain villages characterize this splendid province of Veneto. And yet, there are places that, though less well known, deserve to be seen during a trip to the Belluno area, revealing themselves to be true naturalistic jewels of rare beauty. Lake Sorapis Considered one of the most enchanting lakes of the Dolomites, L...
Continue