Share
The importance of Gavi in medieval times is underlined in Umberto Eco's book Baudolino, where the village is mentioned both for its position on the border with Liguria and for its wine. A summer resort, Gavi bases its economy on tourism and local trade. Important agricultural activity related to the cultivation of vines and wine production. Gavi is in fact one of the places of production of the homonymous wine, DOCG.

A look at Gavi 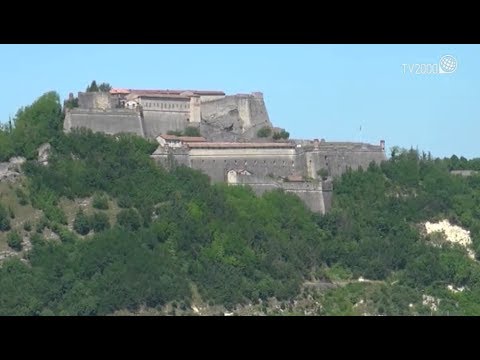 The first human presence in the lands of Gavi goes back over 2000 years ago. The name probably derives from the existence of Neolithic station of Cavatium from which the Latin Gavium. It is believed that Gavi stay with a Roman garrison in defense of the via Postumia.

After the fall of the Roman Empire of the West was occupied by a tribe gota that perhaps gave him the name (from the ancient Germanic gau, tribe and seat of the tribe, that the genitive does exactly gawi), then also by Hungarians and by the Saracens and according to the legend, a their princess, Gavia (or Gavina), would have established their residence in the castle of the place. It seems it was of French origin and in fact the oldest street of the village below the castle is called Monserito (Mon Cheri).

The first official document that mentions Gavi dates back to the year 972. The domain of the Marquises of Gavi, allies of Barbarossa, the village entered soon in the mire of the Republic of Genoa for its strategic position in the Ligurian hinterland, on the most important routes of communication toward the Po Valley, for a long period remained under its domain.

Given its strategic position on the border, Gavi and especially his fortress found themselves involved in most of the conflicts that was interested in the Republic and the neighboring Duchy of Savoy, then the Kingdom of Sardinia. During the Napoleonic era, the fort was occupied by the French army, in whose files military among others Ugo Foscolo.

The monument that most identifies the history of the village is the Forte di Gavi, a remarkable example of military architecture, built by the genoese between 1540 and 1673 on the ruins of a pre-existing castle, availing itself of the work of the military architect Vincenzo Maculani (said Fra Fiorenzuola). This fortress is the most important defensive outpost of medieval throughout the Lower Piedmont.

Certainly deserve a visit also the Church of San Giacomo Maggiore, the Shrine of Our Lady of the Guard and the home of the composer Angelo Francesco Lavagnino, which every year in June the village dedicates a festival of Music and Cinema. The importance of Gavi in medieval times is underlined in the book Baudolino by Umberto Eco, where the village is quoted for both its location on the border with Liguria both for its wine.

A summer holiday locality, Gavi bases its economy on tourism and on local trade. Important agricultural activity linked to the cultivation of vine and wine production. Gavi is in fact one of the places of production of the wine of the same name, DOCG.

Village of Gavi
Municipality of Gavi

Piazza Quarto Stato, 1, Volpedo (Alessandria)
26.48 Kilometers from Gavi
Giovanni Pellizza home and studio
along Via Rosano in Volpedo, in Piedmont, there is the house and the studio of the painter Giovan...

Via Rosano, 1/A, Volpedo (Alessandria)
26.60 Kilometers from Gavi

Via XIV Marzo, 70 , Garbagna (Alessandria)
18.47 Kilometers from Gavi
Bocù – Bottegacucina
BOCU’, in the village of Garbagna, is a restaurant with daily culinary proposals, inspired by the...

Discover the villages with Piemontebike.eu
Alone, in the family or in a group. It does not matter if you are very trained or "Sunday" biker: for everyone and to discover the villages of Piedmont in a slow perspective, there is Piemontebike.eu. with a myriad of proposals. The portal, created in synergy with the Piedmont Region, is now even richer because it extends to five territories to be discovered: the Langhe and the Roero, the Alessandrino - with the Monferrato - and the Asti area ...
Continue
5 unmissable wine villages
Gavi, in the lands of Alessandria, Castagneto Carducci, the heart of the Maremma, Sirolo, pearl of the Conero lands, Venafro, in the Molise hinterland and Sant’Agata dei Goti in the Benevento area, are five destinations to discover extraordinary landscapes and discover wines rich in history. Wine is among the treasures of Italy. Extraordinary nectar, excellence exported to every corner of the world, from the Alps to Sicily it produces white and red, light and full-bodied, with and without bubbles. Each region has its places ...
Continue
The legend of Princess Gavina and the birth of the village of Gavi
This is a story of which there are no written documents but many, far too many, historical references to persons and facts actually happened. Starting from the origins of the beautiful Gavina (or Gavia), or daughter of the Merovingio King, Clodomiro. In reality Clodomiro had three sons, Teobaldo, Guntari and Clodoaldo, and there is no document that speaks of a daughter but this could be the result of an illegitimate relationship, an "ius primae noctis", or an adoption, given the beauty and the grace of that child who wants legend has been...
Continue