Sanctuary of Our Lady of the Guard

What to see in Gavi, Alessandria, Piedmont 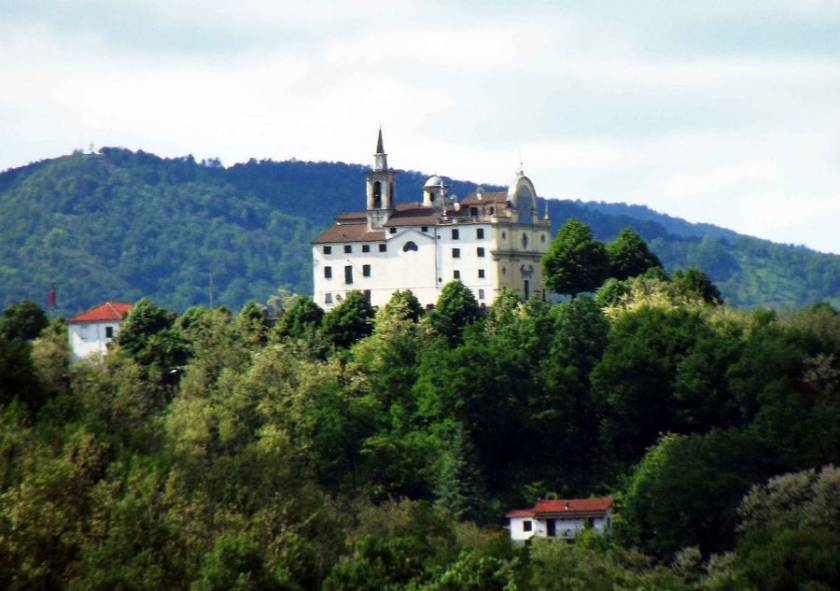 was erected in 1861 in less than four months, with the labor of the population of Gavi and the surrounding countries. The architecture is that of the Church in the form of a Greek cross. The floor is in fine marble Rosso Levanto. There are three altars: one dedicated to the Sacred Heart of Jesus, the other to the wedding of the Virgin Mary, and the high altar surmounted by a niche very beautiful, that welcomes the wooden statue of Our Lady of the Guard.

The statue which is venerated at the shrine of Gavi representing Maria repose of the Souls in Purgatory and dates back to 1746. Gavi at that time was besieged by the fire of the canons of the Austro-Sardo army, and many houses went up in flames. A certain James Bertelli made a vow to Our Lady that would have made a chapel and a statue in honor of the Virgin of the guard (which had seen painted on the wall of a house close to his shelter) if he had had save the house. So it was, and after the war, was built a chapel on Mount Forneto and was placed there the statue that is still venerated.

Another important event for the history of the sanctuary was in 1817: a long drought had been devastating campaigns threatening famine and starvation; the gavesi then brought in procession to the statue of Our Lady of the guard on the mountain where he had been venerated the first time, and it referred to the intervention. In the aftermath it rained very sore. In the midst of this enthusiasm the priest Thomas Bertelli chose the Colle dei Turchini erigervi for the sanctuary. The construction began on 20 May 1847 but soon was suspended because of the political events of those years; in 1853 in precarious conditions and barely was erected an altar and celebrated the first mass. The Sanctuary remained a pious desire that could materialise only in 1861 thanks to the intervention of the Jesuit Father Luigi Persoglio, Genovese, which succeeded in involving the population and to build the temple.

Via XIV Marzo, 70 , Garbagna (Alessandria)
20.10 Kilometers from Sanctuary of Our Lady of the Guard
Bocù – Bottegacucina
BOCU’, in the village of Garbagna, is a restaurant with daily culinary proposals, inspired by the...