It is the Italian wine, typical of the Po Valley, most widely exported abroad, characterized by its sugary flavor and natural effervescence 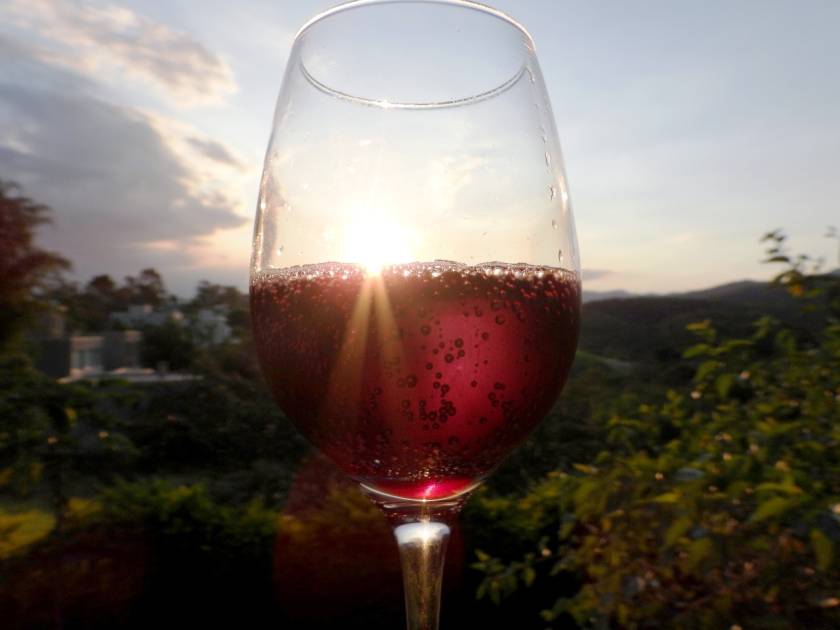 If we were to venture a football comparison, we could talk about a team considered by many to be in the lower league taking revenge on its detractors by winning in the international arena.

The team in question is Lambrusco, defined as "the humble Champagne of Emilia-Romagna" by the great Mario Soldati and today leading the export ranking of our sparkling wines.

Lambrusco, which has always been an institution in the lands along the Po River, a typical enological product of the Po Valley, especially in the contiguous provinces of Modena, Reggio Emilia, Parma and Mantua, is the most exported Italian wine, with sales peaks constantly increasing especially in the U.S., Europe, Russia, Brazil and recently also in China.

But what is the reason for Lambrusco's great success?

Certainly its expressive immediacy, fragrant red fruit, freshness and proverbial ease of drinking. It is an easy wine to approach even for novices, thanks to its fragrance, often accompanied by a natural effervescence and the presence of residual sugar, which softens its acidity and makes it softer and more persuasive on the palate. It is also capable of expressing greater complexity in Spumante Metodo Classico vinifications, where the classic aromas, reminiscent of red berry fruit, are enriched by hints of yeast, allowing surprising and unexpected long evolutions in the bottle.

When people talk about Lambrusco they often forget that it is actually a family of grape varieties, thirteen to be exact, often characterized by different aromatic typicalities and visual appearance. Among the most important and widely used are Sorbara, Grasparossa, Salamino and Maestri.

The latter two, namely Salamino and Maestri, find their highest expression in the Reggiano territory, home of "dark Lambruscos" characterized by their intense coloring due also to the presence of the Ancellotta dyeing vine, which enhances their liveliness.

In order to taste Lambrusco Reggiano Frizzante DOP at its best, I recommend a visit to Novellara at Podere Francesco, where it is possible to taste the excellent pure Lambrusco Marani in Rosato version "BolleRosa" and in Bianco Spumante version "BolleBianche" both perfect for aperitifs with cold cuts and fish. Great drinking ease, freshness and acidity are also characteristic of "BolleRosse" Lambrusco Salamino 90% and Ancellotta 10% and "Filare" a blend of Lambrusco Salamino 90% and Marani 10%.

For all food and wine enthusiasts, I would like to point out that at Podere Francesco you can taste and buy the excellent Traditional Balsamic Vinegar of Reggio Emilia DOP, obtained by aging Lambrusco and Ancellotta in small barrels of various types of wood (oak, cherry, mulberry and chestnut) for 12, 18 and over 30 years. 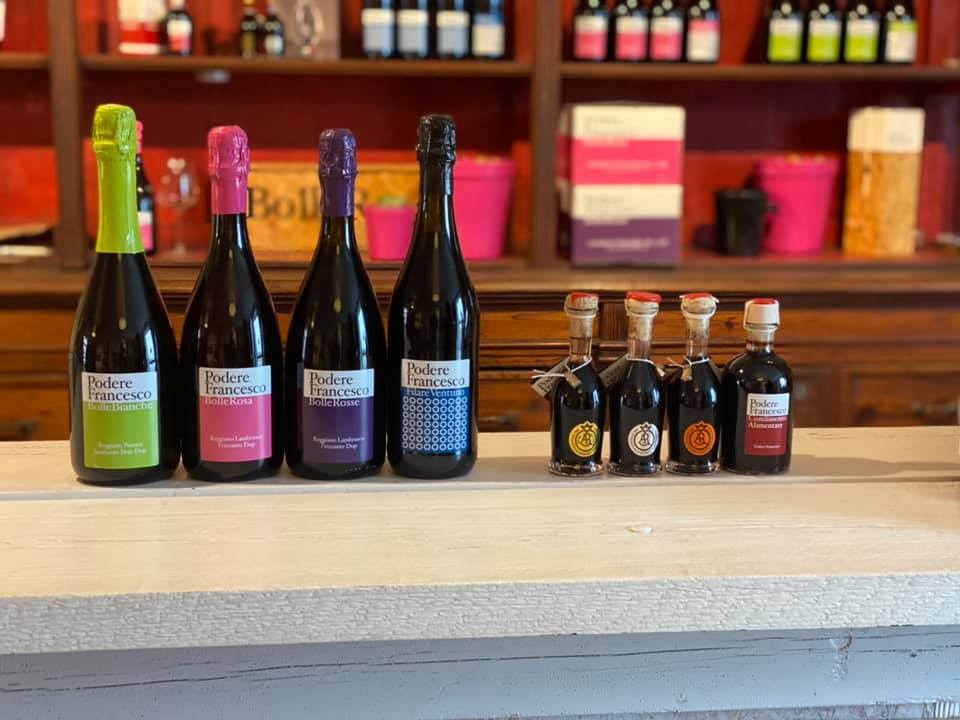