What to see in Bellagio, Como, Lombardy, Lake Como 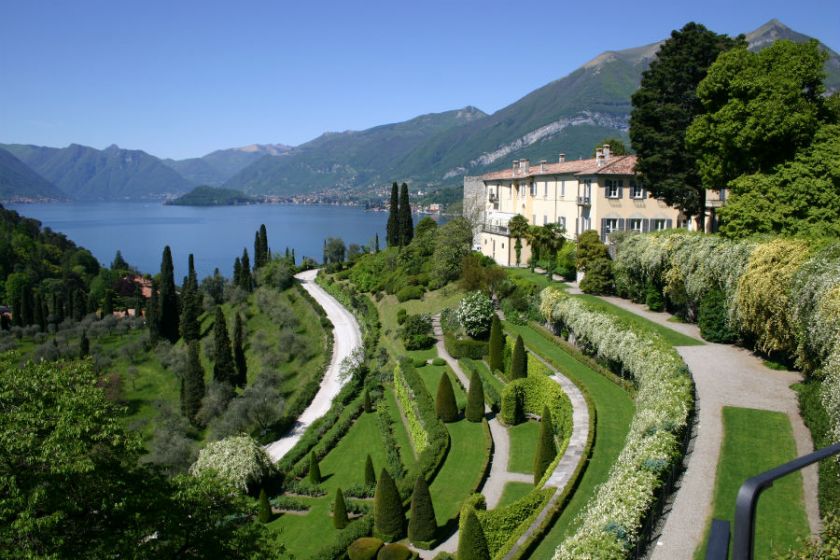 Built in 1400 by Marchesino Stanga and rebuilt in 1500 by Sfondrati family, in 1788 it passed to the Dukes Serbelloni that left untouched the construction but restructured, amplifying, the park. It says that the duke Alessandro Serbelloni has spent in the renovation works well 929,62 Euro, in an era in which the daily pays a worker was less than one hundredth of a euro. The Park develops on the high part of the promontory of Bellagio and inside wind over 18 Km of paths and trails that allow you to admire the great quantity of plants, even rare and exotic, that grow in the gardens and on terraces sloping down toward the lake. The villa has hosted an impressive quantity of illustrious names. To name a few: Leonardo da Vinci, The Emperor Maximilian I, Lodovico il Moro, Bianca Maria Sforza, Cardinal Borromeo. In more recent times, there stayed Silvio Pellico, Piero Maroncelli, Emperor Francis I, the Arcidukes of Parma, Queen Victoria, Kaiser Wilhelm, King Umberto I, the Italian Prime Minister Agostino Depretis, The President of the United States of America Roosevelt and then following the President Kennedy and finally writers and poets such as Alessandro Manzoni, Ippolito Pindemonte and Giuseppe Parini, who spent long periods as tutor of the sons of the duke Serbelloni. Gustave Flaubert, in 1845, in its travel notes spoke of Villa Serbelloni and he said: "…a spectacle made a feast for the eyes ... Here you would like to live, and here to die". In 1959, at the death of the princess she Walker of tower and villa was donated to the Rockefeller Foundation in New York who still hosts artists and scientists from all over the world in stays of four weeks to live and work in an atmosphere of absolute tranquillity. It is possible to visit the garden, twice a day (except on mondays) with guided tour. Advance booking is required at Promobellagio.