Travelling with Dante: the most fascinating villages in the life and work of the Supreme Poet

A voyage of discovery of the villages linked to the artistic and personal life of the Supreme Poet, Dante Alighieri 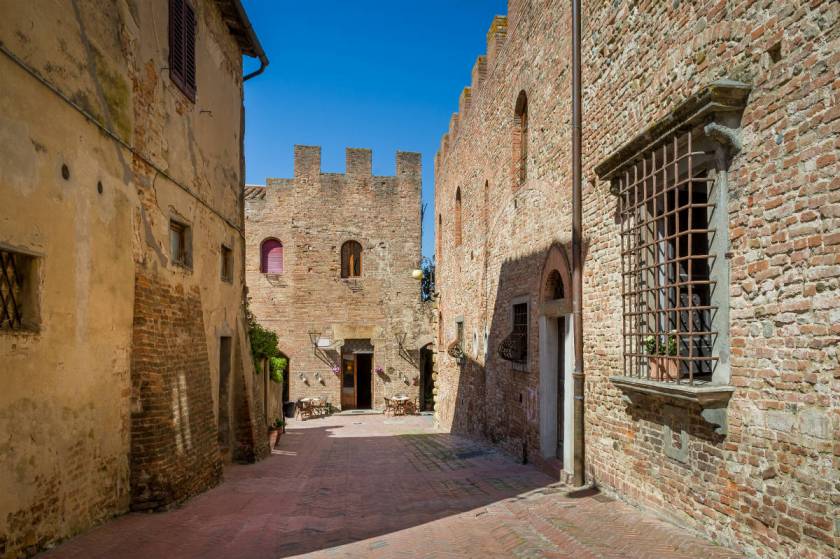 The Supreme Poet influenced Italian culture, creating a common language and drawing inspiration from his wanderings around Italy to build a collective memory in his most famous work, the Divine Comedy. Let's discover below which villages are linked to Dante's personal or artistic life.

Brisighella and Certaldo: life and works of Dante in two splendid villages
We begin our journey in the footsteps of Dante's travels among the most beautiful villages in Italy from one of the lesser known. Brisighella is the last stop on the streets of Dante located in Emilia-Romagna. This ancient medieval and thermal village in the Lamone valley dates back to the thirteenth century. The lord of the place, Maghinardo, had a defence tower built on the place where the Clock Tower stands today, in order to control people and goods that were going from Ghibelline Romagna to Guelph Florence.
The great poet met Maghinardo in 1289: both took part in the battle of Campaldino, while in 1302 the fortress hosted Dante Alighieri at the beginning of his wanderings around Italy. 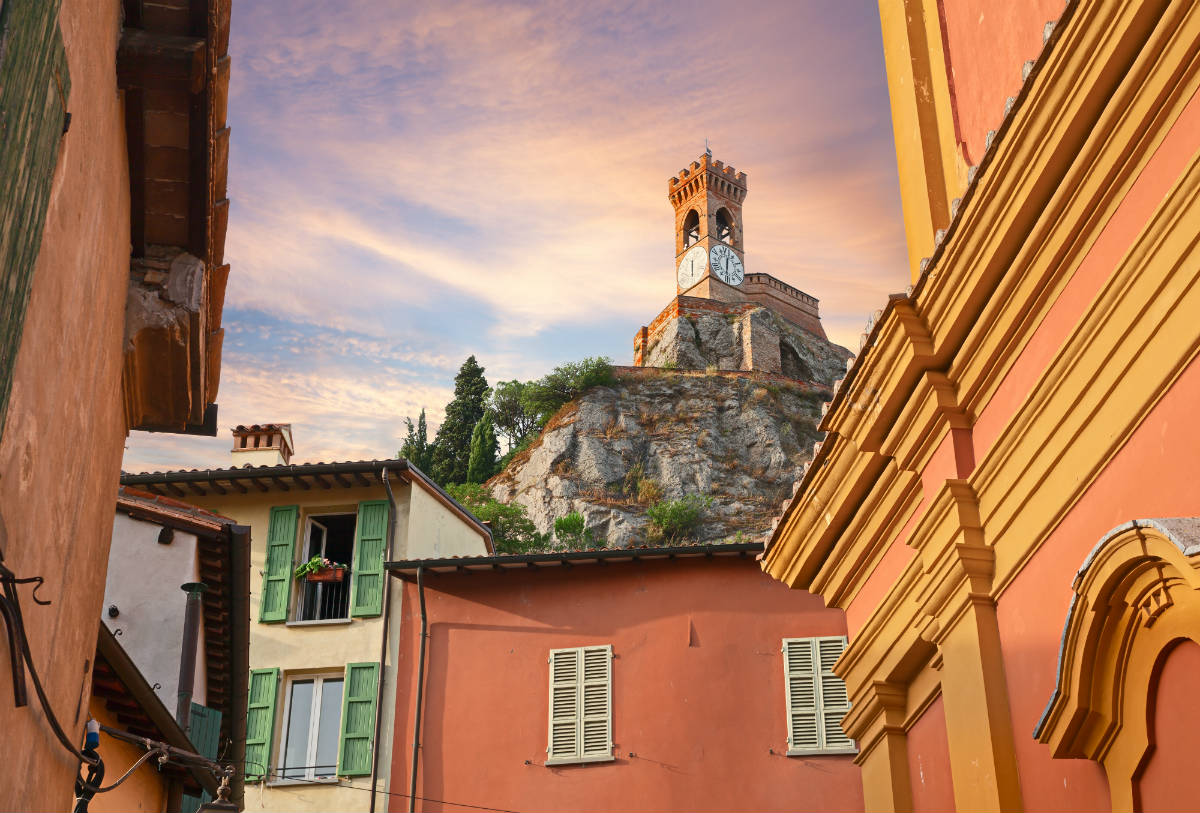 Moving instead to the region of origin of Dante, Tuscany, one of the most beautiful villages linked to his work and an experience of stay is Certaldo, home of the castle of the Counts Alberti, mentioned in the Divine Comedy. Already present in the works of Boccaccio, to whom Certaldo was born, this enchanting village is one of the most spectacular in the whole Val d'Elsa. The most interesting peculiarity from an architectural point of view is the intact preservation of the medieval urban fabric: walking through the narrow streets and small squares is a truly memorable experience, which allows you to feel for one day as if you were living in the time of Dante Alighieri. 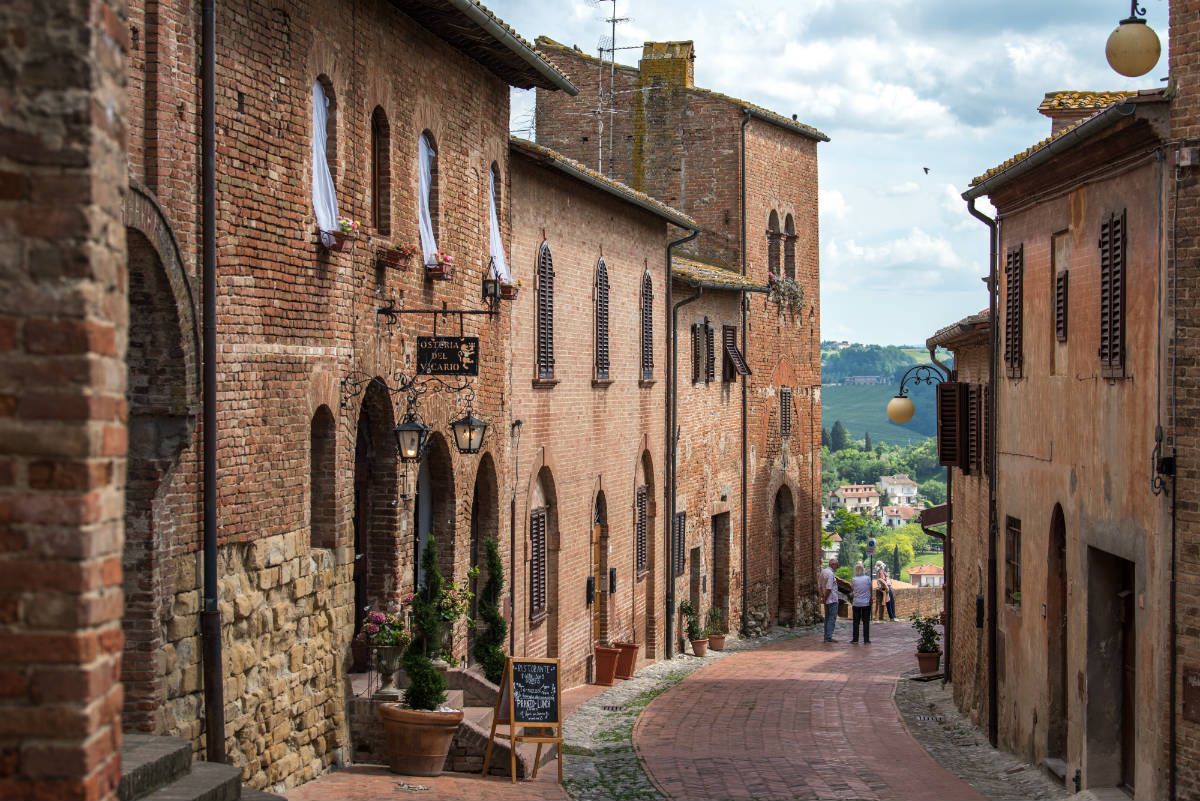 Fosdinovo and its castle: Dante's "studio" in exile
In the province of Massa Carrara there is the most beautiful castle of the whole Lunigiana, historical region which is accessed from the village of Fosdinovo. Here to dominate the entire town is the splendid castle of the Malaspina family, an elegant and perfectly preserved structure. The castle of Fosdinovo can boast of having hosted many illustrious names throughout its history, even if one of the most important is certainly Dante Alighieri. The great poet stayed there for several months in 1306, following his exile from Florence, after various wanderings around the Bel Paese.
Since Dante was particularly linked to the Malaspina family, whose heirs still own the castle, here Dante found the ideal environment to complete the Divine Comedy, a work that he had previously left incomplete due to the political events that had involved him. The poet stayed in a tower and what is now known as Dante's room was dedicated to him.
In general, the castle is really worth a visit: it is a fascinating building, with a Renaissance portico of stone columns from which you can access the main structure where you can visit the entrance hall, the dining room and the throne room. As in any self-respecting medieval building, there is a torture chamber and a ghost room. The castle now converted into a museum and cultural centre also houses a bed and breakfast and is perfect for discovering the village of Fosdinovo, an ideal starting point for many hikes.

The cradle of Dante's most famous lovers: Gradara
Undoubtedly Gradara is one of the names most associated with Dante. This enchanting medieval village is located in the province of Pesaro and Urbino, in the immediate inland of the Adriatic coast, and stands on a hill from which you can enjoy a spectacular view. The Malatesta Fortress, together with the city walls, represents one of the best examples of medieval architecture perfectly preserved to this day, also thanks to timely restoration works. The ancient history of Gradara is strongly intertwined with that of its castle, where the Malatesta, Sforza, Della Rovere and Mosca families came to power. According to the legend, it was in the castle that Paolo Malatesta and Francesca da Polenta found their end, who were killed because of the blind jealousy of his brother, Gianciotto.
The vicissitudes of the two most famous lovers in Italy are narrated in the Divine Comedy and since then the names of Paolo and Francesca are synonymous with tragic love. Despite the sad epilogue, the village pays homage to the romanticism of the story, with its delightful views, flowered balconies and many green corners, which promise to amaze the visitor walking through its beautiful medieval streets. 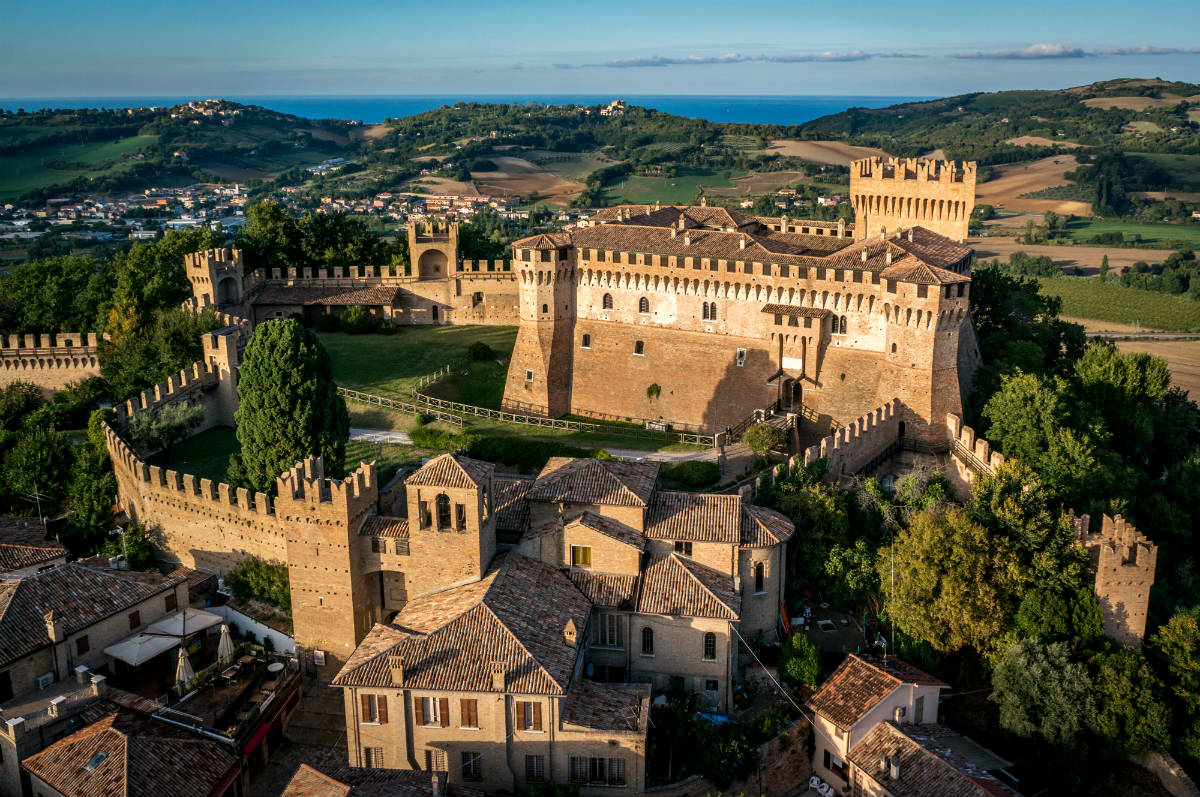 Via Dante Alighieri, 2, Gradara
Albergo Ristorante La Rocca
In the heart of the Apennines between Ravenna and Florence, in the centre of Brisighella, in the ...

Via Farneto, 1 - 61012, Gradara
La Castellana Hotel & Restaurant
Immersed in the land of Lunigiana, between the Ligurian Sea and the Tuscan hills, La Castellana H...

Via Pilastri, 18, Fosdinovo
Bar Ex Corpo di Guardia
This historical bar is your chance to go back in time and to live an amazing experience into the ...

What to see in Brisighella

Pieve di San Giovanni in Ottavo
Rocca Manfrediana
Via degli Asini
More...
are you an Italian villages lover?
Join our Community
and share you experiences!