The best souvenirs to buy in Valle d'Aosta, between tradition and craftsmanship

True handicraft excellences are born from the hands of artists and shoemakers who still resist to today's fashions and trends. Here is a collection of some of the typical souvenirs of Aosta Valley 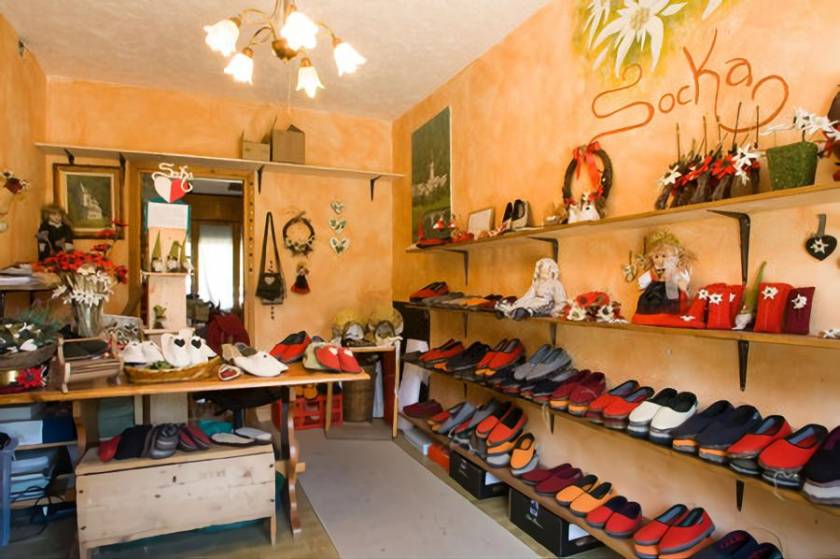 During a trip to the Valle d'Aosta, one encounters suggestive and picturesque cultures and craftsmen, whose roots are so deep that they resist today's fashions and trends.
From the slippers of Gressoney to the precious lace of Cogne, passing through the clogs of Ayas that recall the shoes of Van Gogh's peasants and potato eaters, everything has an ancient and suggestive scent that recalls the beautiful handmade things of the past.
What to take home to keep a sweet memory of a wonderful weekend in the region of northern Italy that borders France and Switzerland?
Here is the complete guide to the typical souvenirs of Valle d'Aosta, true craftsmanship excellence that comes from the hands of artists and shoemakers with an ancient family tradition.

The sabots of Val d'Ayas

They are called sabot della Val d'Ayas and in practice they are delicious wooden clogs rigorously hand made by skilled carvers. In the magnificent valley in which Monte Rosa is the protagonist, Val d'Ayas, there is still the tradition of wearing the typical wooden clogs of Dutch origin, footwear originally used to shelter from rain, snow and mud.
Originally, the sabots of the inhabitants of Ayas were made of stone pine wood, while those destined for commerce were carved in larch wood, in willow and in aspen. They have a wider and rounded shape that allows the insertion of straw to be even more comfortable.
Besides being sturdy and comfortable footwear, they are able to keep the feet warm and dry; moreover, one clog is never the same as another precisely because it is made completely by hand.
Today, sabotiers make sabots for local craftsmen and tourists, and they are workers to be protected, as a native artistic and cultural heritage of the place. Only in some areas of Val d'Ayas are they still worn during everyday life. 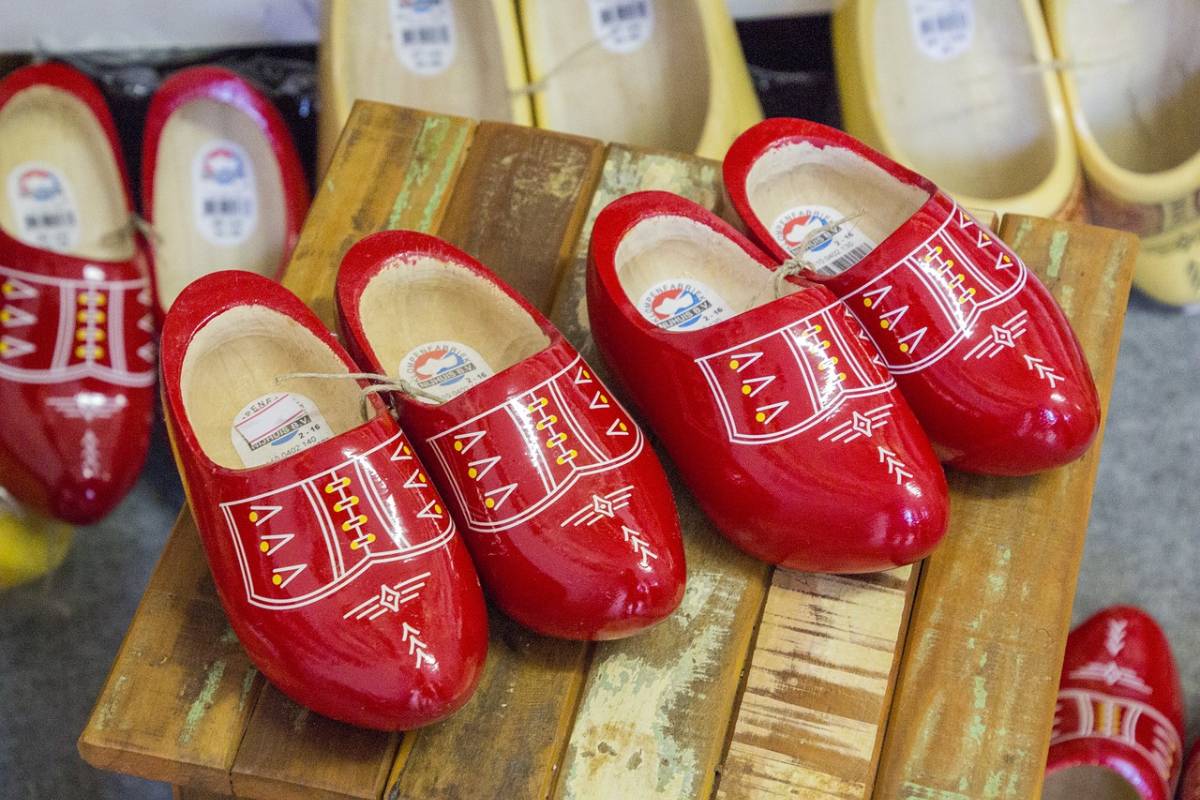 Another typical Valdostan handicraft excellence is characterized by the bobbin lace of the dentellières of the town of Cogne.
This is a tradition with ancient origins, dating back to 1665, when some Benedictine nuns, after having fled from the monastery of Cluny because of the reform, began to teach the art of lace-making to the local population.
Over the centuries, lace making, through the rapid play of the bobbins on the pillow of the pillow lace, has grown stronger and stronger until the present day.
Thanks to the marvellous fingers of the dentellières who weave with love and skill, this handicraft tradition still survives today and embellishes accessories, furnishings and wedding dresses, including of course the bride's dowry. Cogne has gathered 40 lacemakers who work in the Cooperative and every year produce 1,500 metres of very high quality lace, a work of art famous all over the world for the refinement of its motifs, weaves and unique decorations, and also for its resistance and strength.
Impossible not to fall in love with the gestures of these precious workers, to be protected as historical and artistic heritage of an entire community. 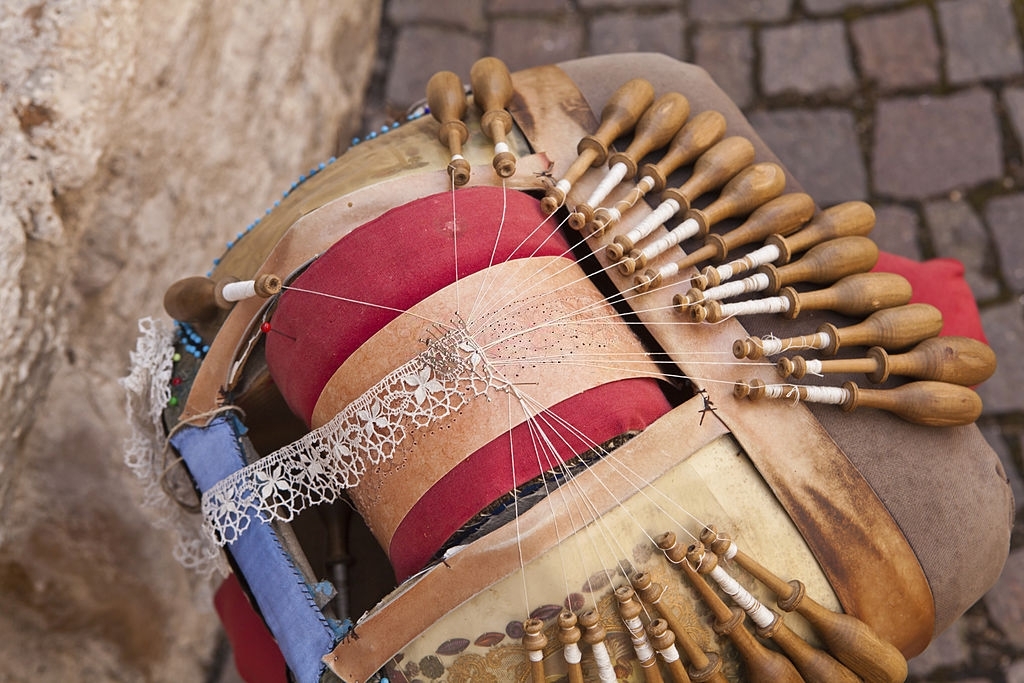 The slippers of Gressoney

Let's end this journey into the typical craftsmanship of Valle d'Aosta with an equally valuable and prestigious footwear, a sort of slipper with a very high quality standard: the boiled wool slipper typical of Val d'Aosta. We are talking about the traditional socks completely hand-sewn in Val del Lys, originating in the nineteenth century.
It is said that the women of the house produced these slippers as a bargaining chip, exploiting and recovering old clothes and scraps of household fabric. The slippers, then, were bartered with basic necessities such as bread, milk, cheese.
Sturdy, warm and comfortable, slippers could also be used during work in the fields; on the occasion of festivals, they were sewn with bright and flamboyant colors.
The slippers of Gressoney are distinguished by the most robust sole, a weave of ropes, called ligneul in the local language, while the upper is made with a mixture of scraps and fabrics robust, warm and comfortable.
When to purchase these exclusive pieces? Certainly during the Bear Fair that takes place from January 30 to 31, a period in which to also taste the culinary specialties of Valle d'Aosta. 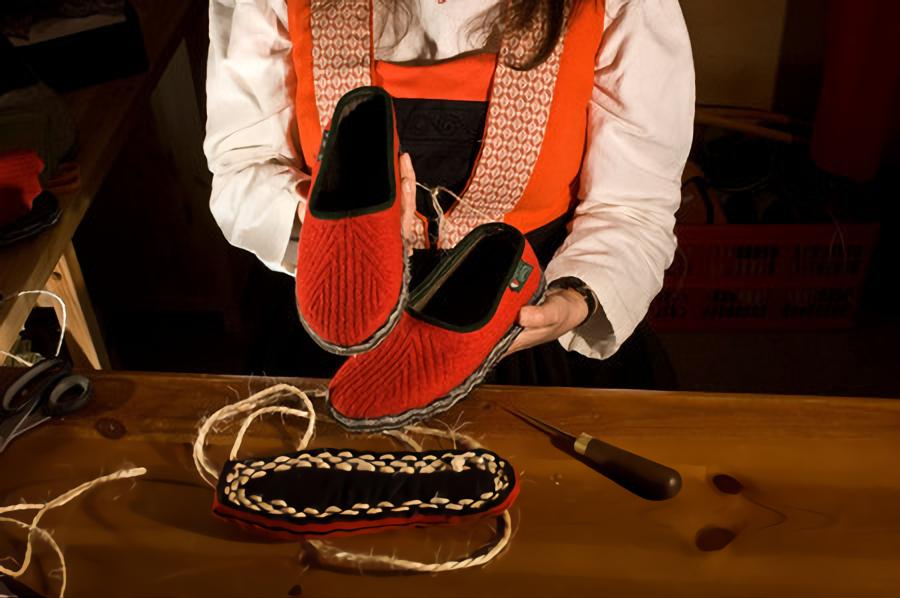 Route Ramey 65 - 11020, Ayas
Gresil Residence
The Gresil is a family-owned apartment hotel built in stone and wood that recalls the ambience of...

What to see in Gressoney-Saint-Jean

Savoia Castle
Alpine Fauna Regional Museum
More...
are you an Italian villages lover?
Join our Community
and share you experiences!